Debuting in 1966, the Toyota Corolla has become one of the world’s best-selling cars. Its nameplate, a byword for dependable transportation. It may not be exciting in most forms, but if you sold 50 million of anything worldwide—like Toyota has with Corollas in the closing days of 2021—you’d celebrate it flamboyantly, firing t-shirt cannons every which way and hiring pop stars to burst out of a cake. Or, if you’re Toyota, you mark the occasions with more idiosyncrasy, by commissioning a manga about the car.

To commemorate the milestone, Toyota has released five short manga strips that Japanese Nostalgic Car reports were inspired by photos submitted by Corolla owners. Each centers around a Corolla as a means of familial bonding or personal freedom, and is illustrated in a style correct to the period of the car’s manufacture. The most likely to resonate with our readers will be the third of these comics, which hinges on an E80-series Corolla and the conflict it causes—and later resolves. 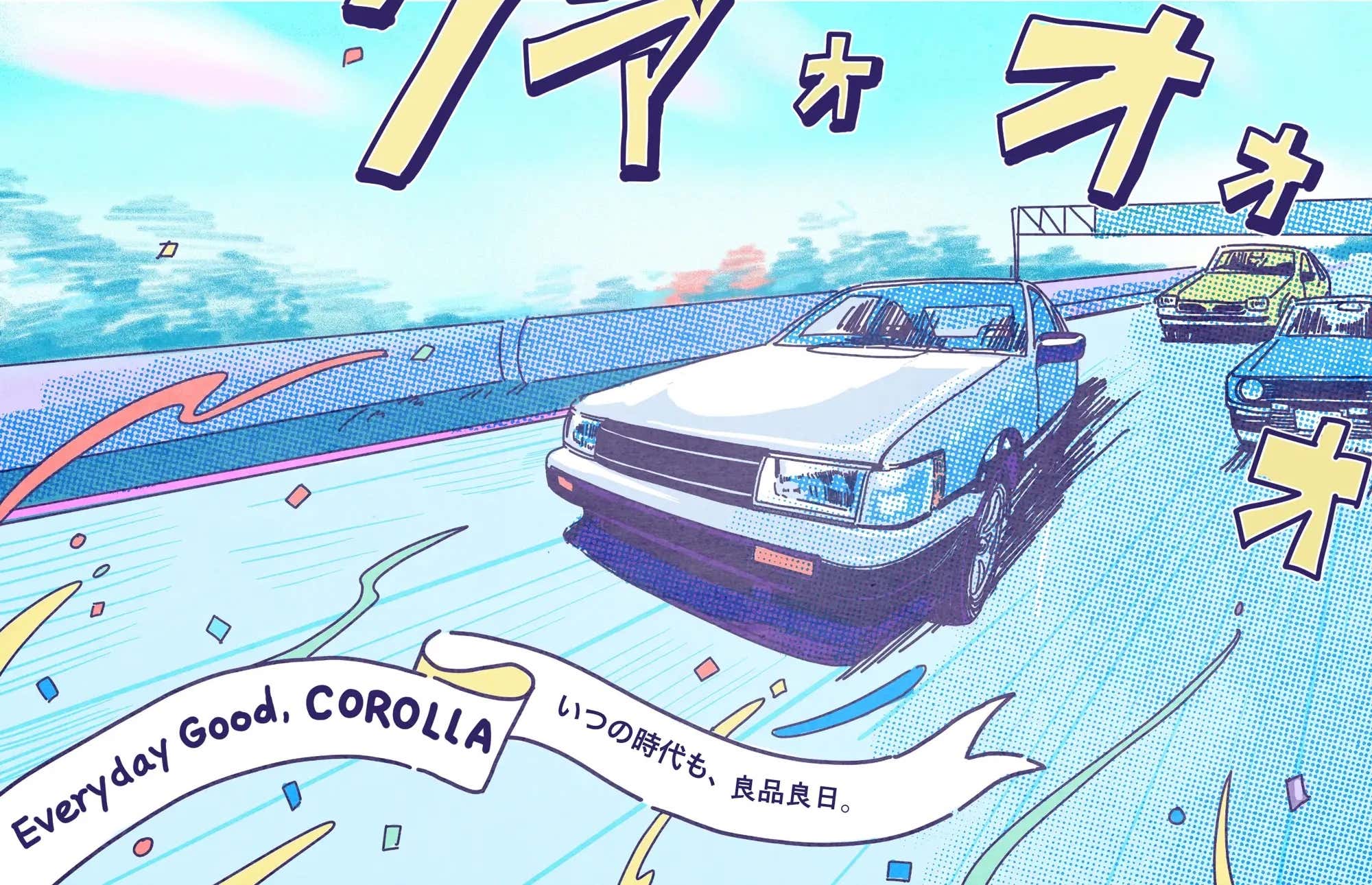 The strips are only in Japanese, but a translation by JNC indicates it takes the form of a young romantic drama, with a woman interrogating her boyfriend about how he spends his time, only to learn of his desire to become a racing driver. She takes a liking to his car (a Toyota Sprinter Levin, a variety of AE86), goes for a ride, and winds up supportive of his ambitions. It no doubt borrows at least loosely from a certain other manga-turned-anime featuring a similar car and troubled young relationship.

These make up Toyota’s most interesting celebration of the Corolla’s sales milestone, which is also being honored in Japan with special 50 Million Edition Corolla hybrids, in hatchback, sedan, and wagon forms. Of much greater interest to most of us, though, is that GR Corolla hot hatch we know is coming with the drivetrain of the GR Yaris—and possibly the most spunk of any Corolla road car ever built. May the best, brightest days of the Corolla be those yet to come.