We love a good Mercedes-Benz G 63 AMG 6×6 around these parts, but sometimes they can be a little rich-kid tacticool. Winter is coming, you know, and you don’t want to be the next jabroni who gets his six-wheel-drive Merc SUV stuck in the snow. Simply put: You’re going to need a bigger Benz.

Personally, I’m just not interested in a six-wheeled Mercedes truck anymore unless it can swing two of its axles around like see-saws in order to get up trickier obstacles. The Mercedes-Benz/Engesa LG-1519 6×6 is just that truck, and we can’t quit watching its incredible swinging axles climb up some of the most daunting obstacles.

Engenheiros Especializados SA, or Engesa for short, specialized in military and agricultural vehicles, and frequently adapted their all-wheel-drive systems to existing commercial trucks, according to Off-Road Vehicles. For the LG-1519 6×6, Engesa took a Mercedes-Benz civilian truck and militarized it, using a boomerang-style suspension that had been developed for a stillborn, never-built armored project called the Anaconda.

And holy crap, look at that articulation. Flex all you’d like on rocks and stuff, mall crawlers—this one is the real deal. The rear axles rock back and forth like a see-saw, enabling the truck to scale steep embankments without tilting the entire vehicle at an absurd angle. Try to make your posh G do that. 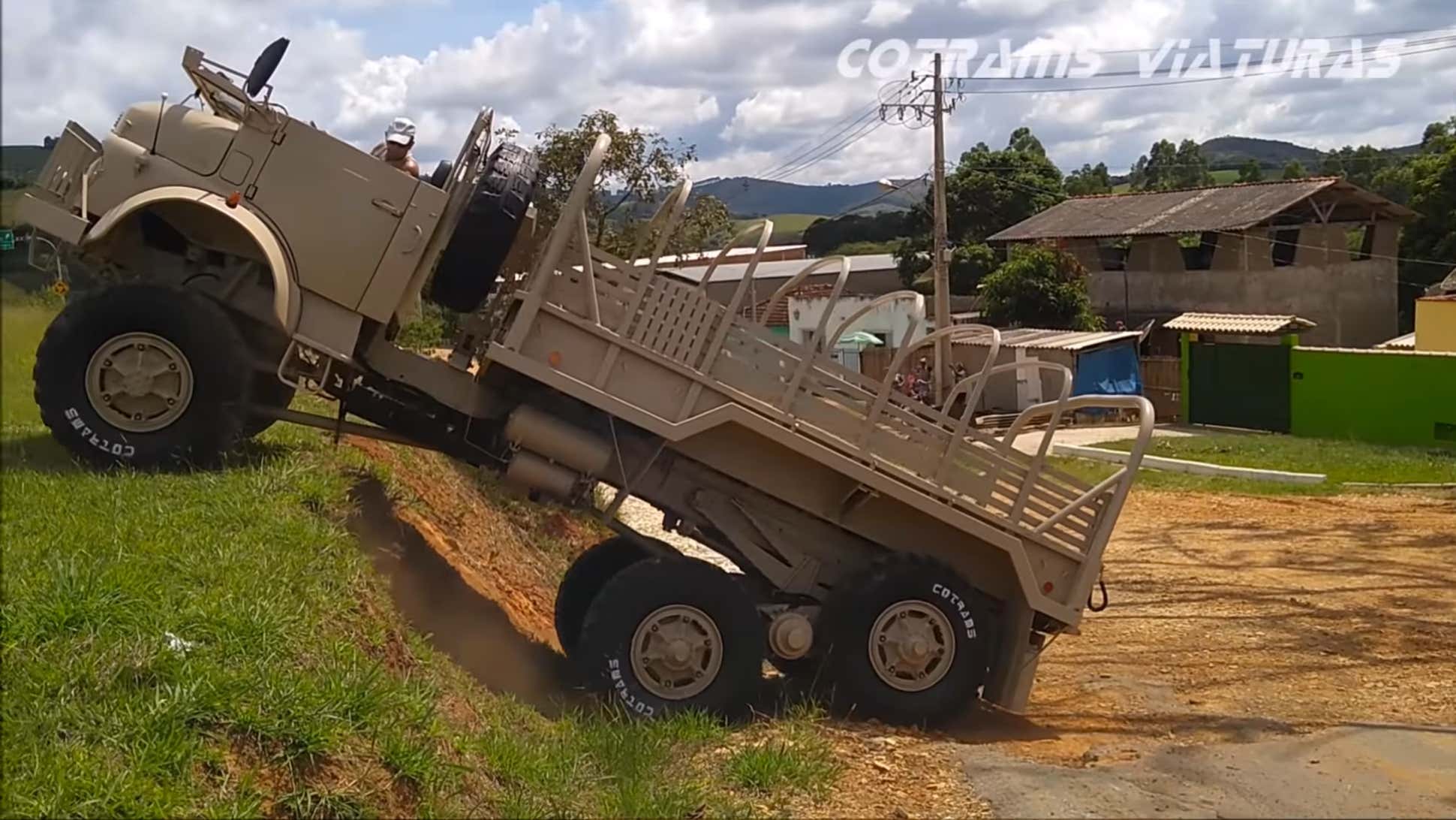 Sure, you’ll have an even harder time parking the LG-1519 6×6, but if that pesky Nissan Rogue or whatever is parked in your spot, you can just drive over it. This Benz is so large that it’s nicknamed the “Mamute,” which is Portuguese for “Mammoth.”

Powering the Mamute is Mercedes’ diesel OM 355/5 engine, good for 192 horsepower and a whopping 485 pound-feet of torque according to COTRAMS Viaturas Militares em Ação on YouTube.

COTRAMS did a walk-around of one of their Mamutes (with English subtitles you can turn on) that’s absolutely fascinating, too. Everything about this truck is huge, and it’s fascinating how such a simple idea allows the truck to be so much more capable over big obstacles that can’t move when you lay on the giant hydraulic horn.