Audi was known for putting engines as far forward as possible to accommodate its Quattro all-wheel-drive system. By mounting the engine right up against the radiator—or next to the radiator, in this case—the car can drive the front wheels off the sides of the transmission. But this 1975 Audi 100 has no all-wheel-drive system. In fact, Quattro wasn’t even available for another two generations.

This 100 is front-wheel-drive, but not the transverse FWD that’s common today. The engine, a 1.9-liter four-cylinder, isn’t particularly long but since it utilizes a longitudinal layout, it’s very far forwards. I suppose the average commuter would never drive this car hard enough to notice the tragic understeer, but it’s still unusual, to say the least. 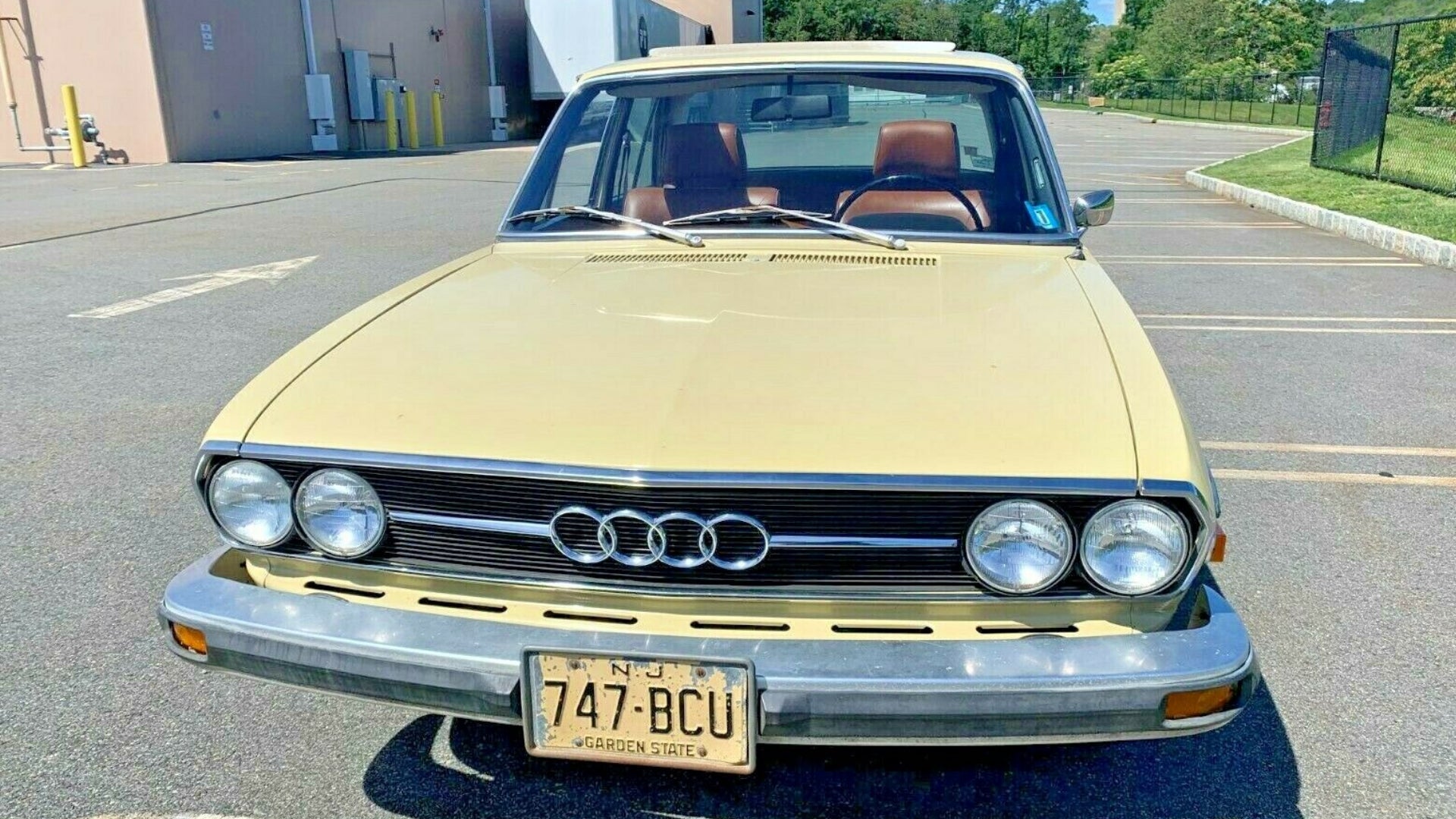 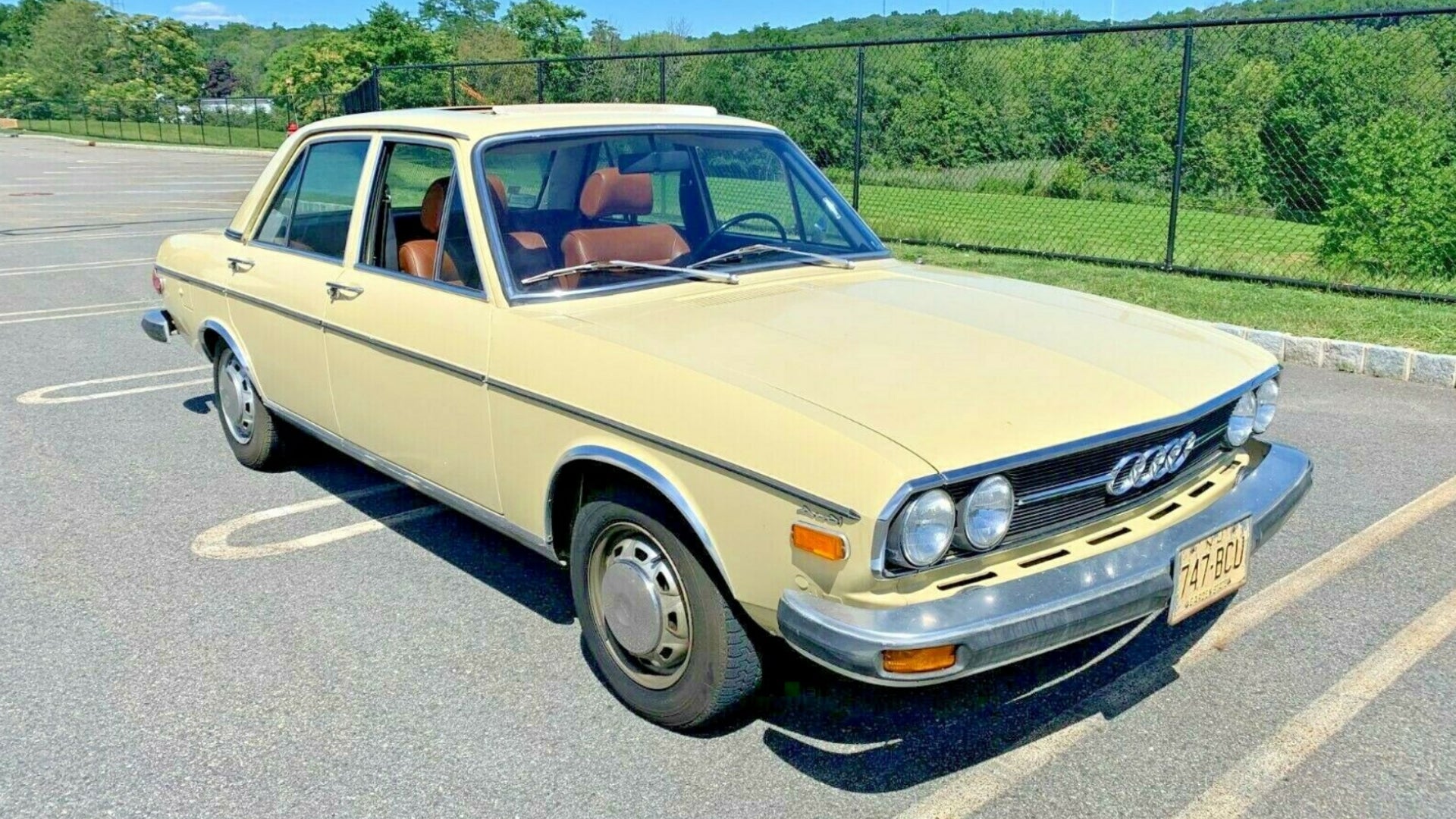 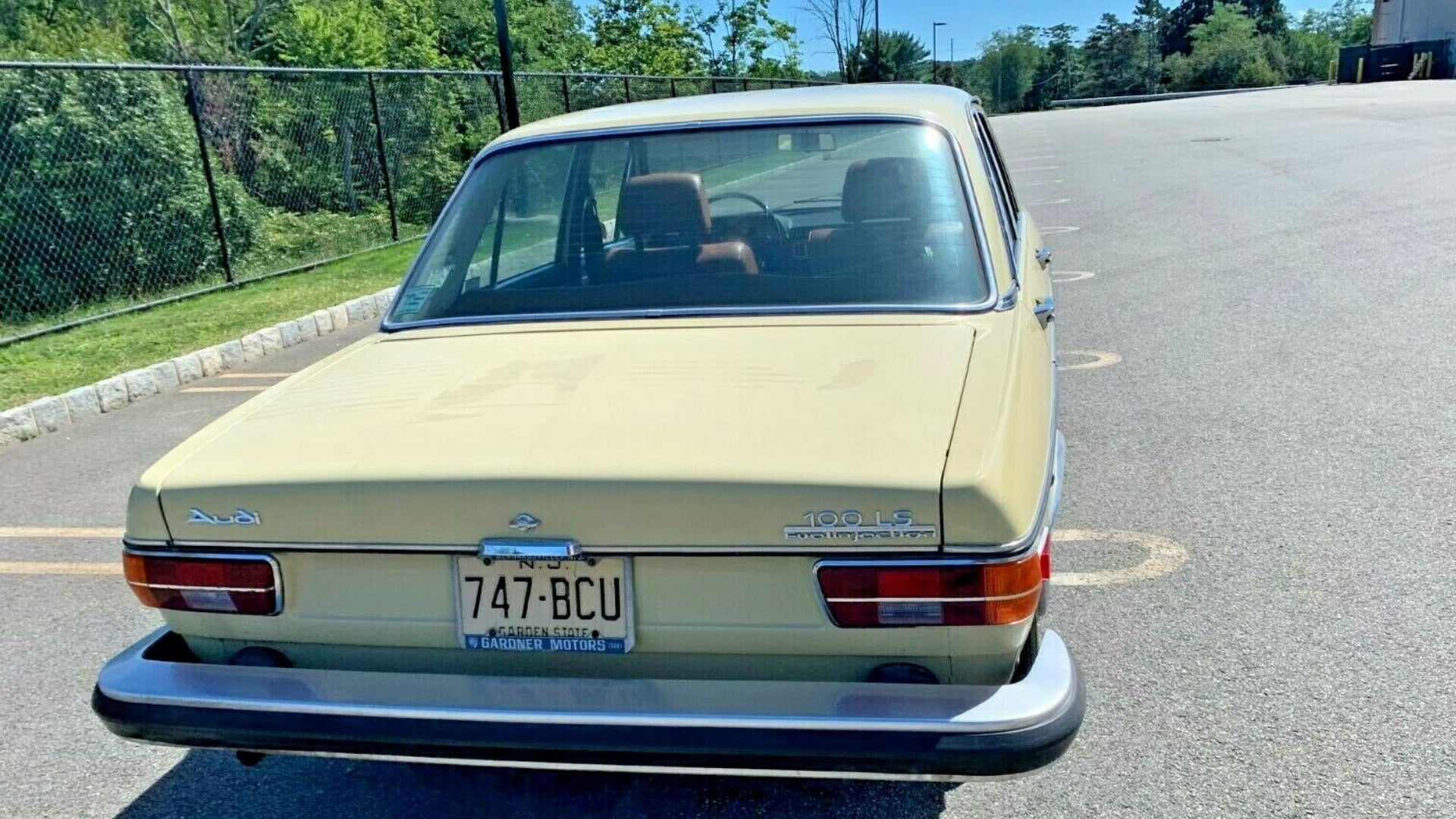 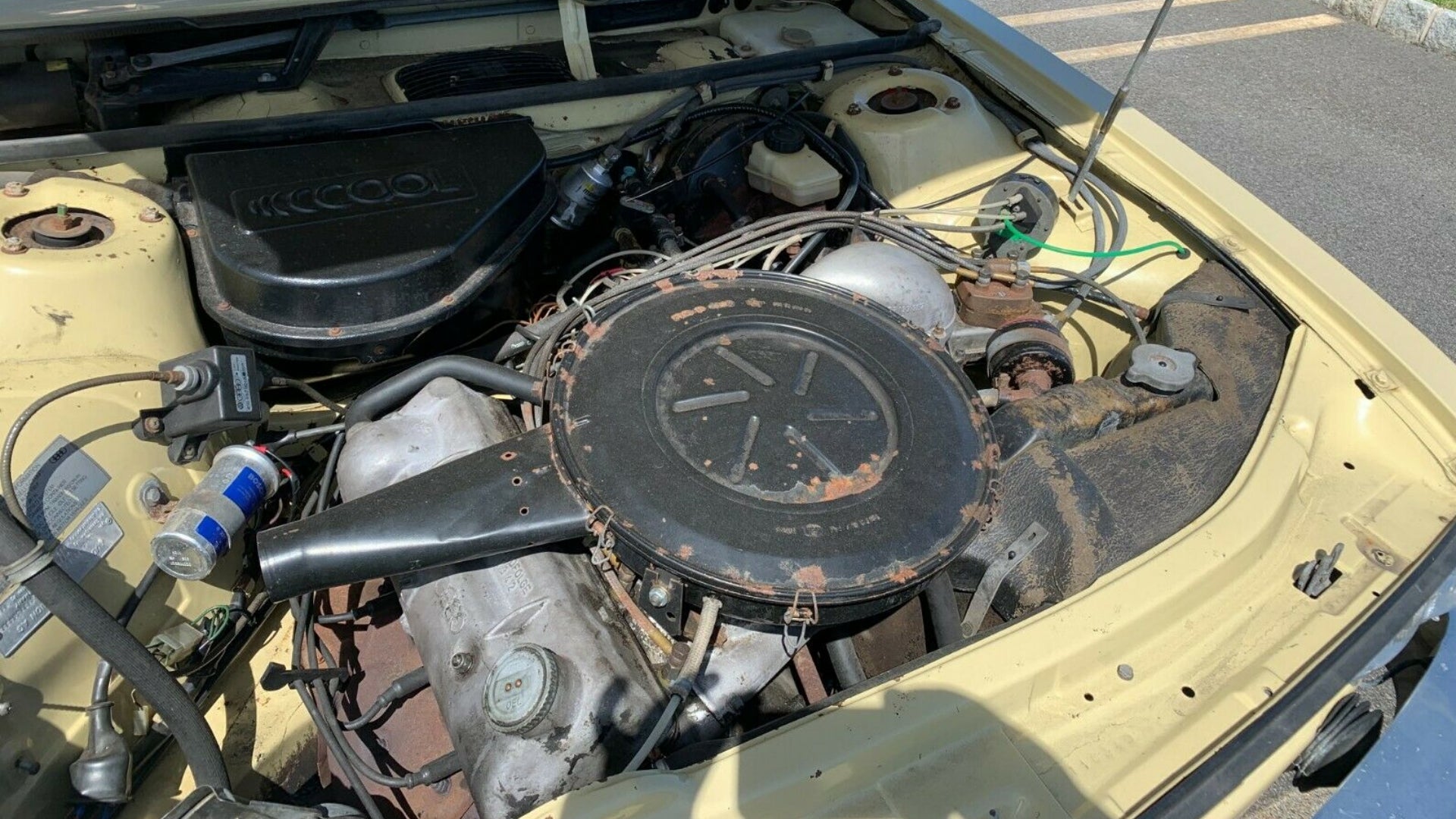 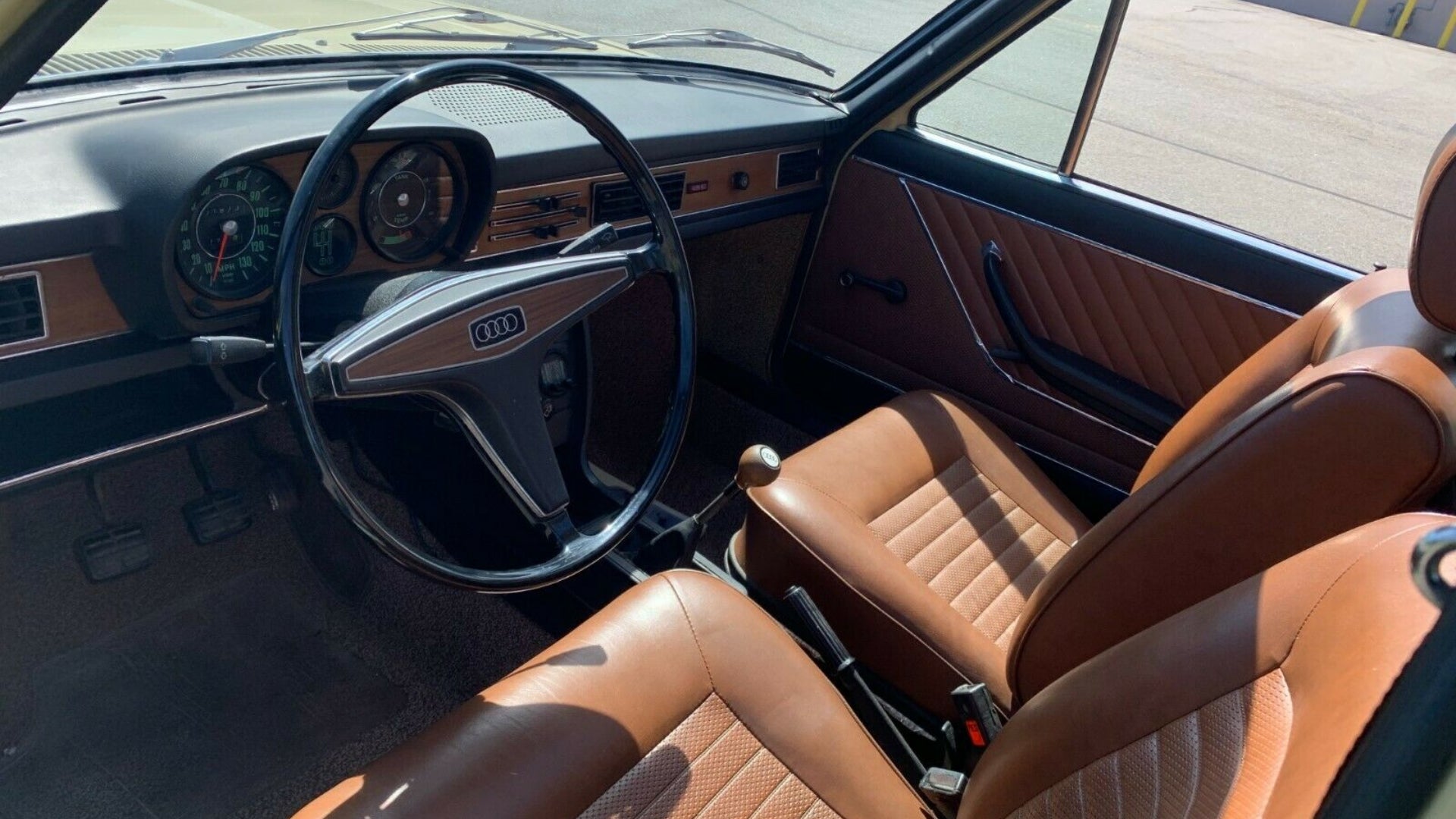 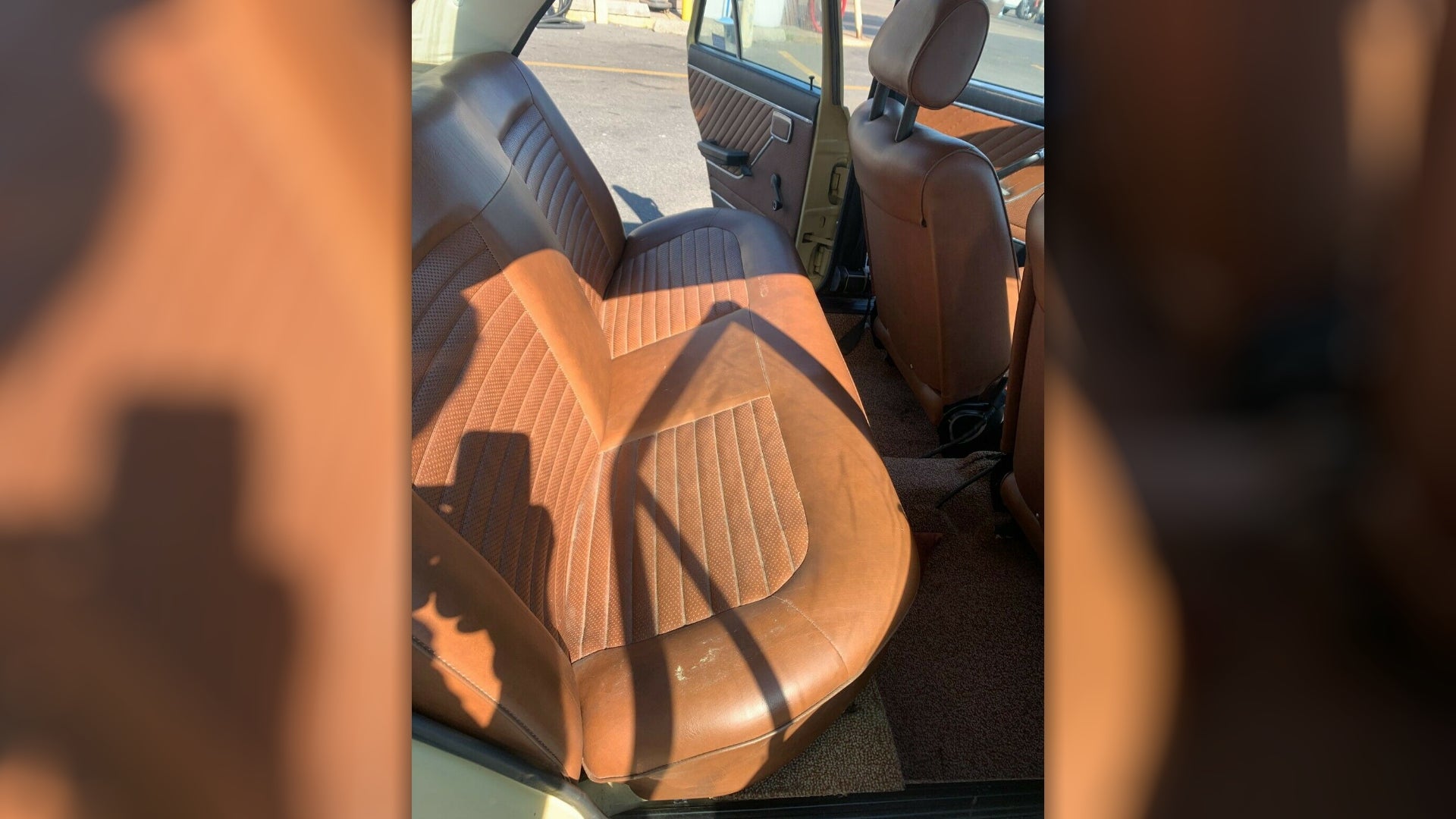 According to a Car and Driver review, the car had “rampant understeer” and it was “almost impossible to get the rear end to come around.” However, on the flip side of that, many other magazines reported that in normal driving, the Audi was perfectly comfortable and the heavy front end wasn’t noticeable.

This particular 100 is in great shape, having been parked since 1986 in a garage by the original owner and just taken out recently. The mechanical fuel injection has thankfully been rebuilt, and the fuel tank has also been replaced. Both good steps to insure a car that’s been parked this long will run properly and produce something near its factory-quoted 100 horsepower, at least for a little while. If I bought this car, I would immediately replace the radiator, though. Something about how hilariously small it is just makes me nervous.

It also has just 100,000 miles on it, which is a good number for a car this old. It’s certainly far too many miles for the paint thickness gauge-toting Bring a Trailer commenters (is that air filter original, you philistine?). However, for anybody who intends to actually enjoy this car, it will be fine. The car is also equipped with a four-speed manual transmission, which is nice if you’re into that sort of thing.

So despite this car’s nearly-outboard engine and lack of sporting credentials, it would be a great cruiser to take to shows and putter around in. It’s a two-door coupe, AKA the better-looking 100 of this generation since the sedan looked like it was upset about existing. The paint appears to be in flawless shape and the brown interior has aged very well. Hopefully, the reserve isn’t too high and somebody can get this car for a good price.