Among the United States’ greatest public assets are its National and State Parks; lands of diverse natural splendor, preserved for all to see, whether or not they call themselves Americans. The great outdoors, however, can be difficult to access for people for whom mobility is a struggle, as it is for one in seven Americans according to the CDC. Well, that didn’t sit right with the Michigan Department of Natural Resources.

The state agency set out to outfit many of the Great Lakes State Parks with all-terrain wheelchairs so people with disabilities can travel the wilds. A DNR spokesperson identified these “track chairs” to The Drive as models made by Action Trackchair, which use a pair of 12-volt batteries to travel up to seven miles per charge. Their tank-style treads can conquer all types of terrain, from rocky trails to sand, snow, and up to eight inches of standing water. 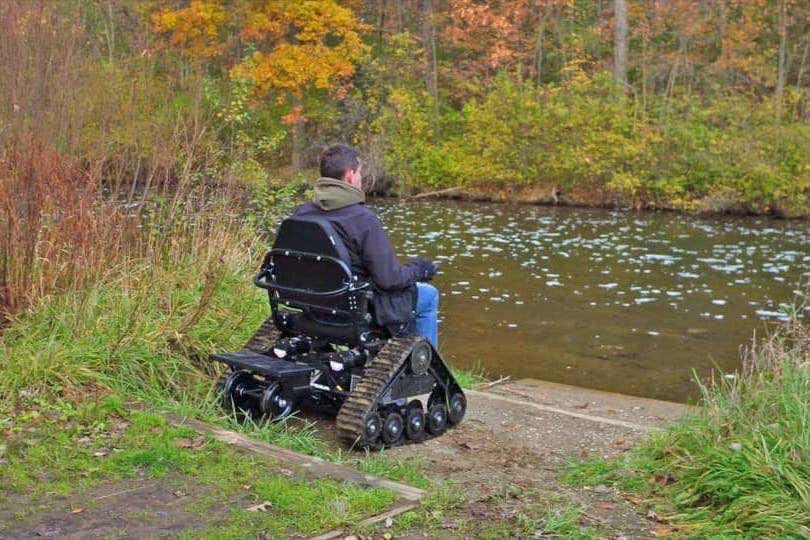 Per a statement by Michigan State Parks, Trails and Waterways on a post on Facebook, the chairs are available to park visitors at no cost, mostly on a first-come-first-serve basis, though a few locations accept reservations. Because bookings are often made by family, friends, caregivers, or guided tour agencies, the parks don’t verify visitors’ disabilities—it relies on the honor system.

According to the DNR’s website, locations that accept reservations include Maybury State Park and Waterloo Recreation Area, both near Ann Arbor in the state’s lower peninsula. Parks that only offer the chairs on a walk-in basis include Belle Isle Park, Grand Haven State Park, Island Lake Recreation Area, Muskegon State Park, and Tahquamenon Falls State Park. Sleeping Bear Dunes National Lakeshore also operates one of the tracked chairs, and is the first National Park in the nation to do so according to Diverse Ability Magazine.

Sixteen more of Michigan’s State Parks are scraping together cash to buy track chairs of their own, some of which could have external operated controls for operation by caregivers as suggested by an official Facebook comment.

The general public can donate to the State Parks’ track chair fund by clicking here and help their fellow Americans get out and about this summer. 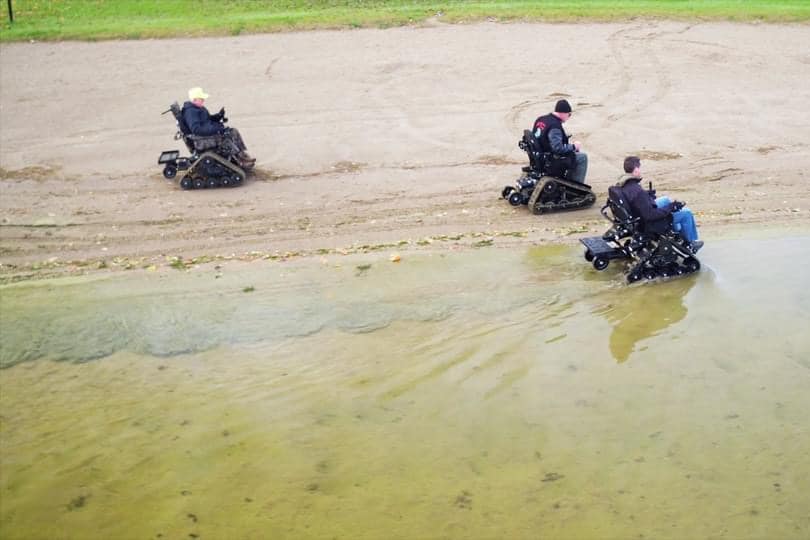 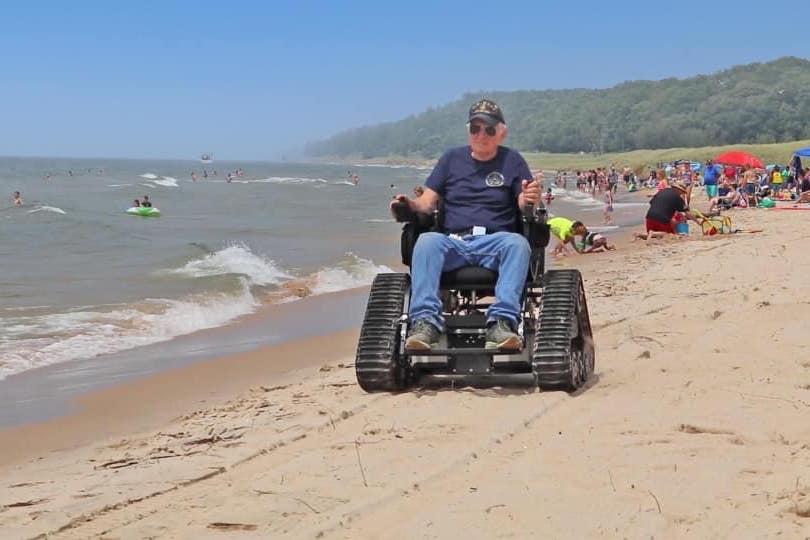