Roofless cars take things a step beyond the humble convertible, their sporty designs offering absolutely no respite from the wind and rain no matter how poor the weather. What they lack in practicality they make up for in sheer thrill, as long as you can live with the sacrifices. The Bussink GT R Speedlegend is one such vehicle, as seen on Autoblog—a speedster design from the mind of one Ronald A. Bussink, one of Europe’s foremost Ferris wheel tycoons.

Speedsters are generally built in low numbers, with their fraught practicality giving them limited market appeal. They typically boast outrageous performance to match their eye-catching looks, and tend to be track weapons. We’ve seen great examples of the form from companies like Lamborghini and Aston Martin over the years, with the aftermarket often getting in on the action too. 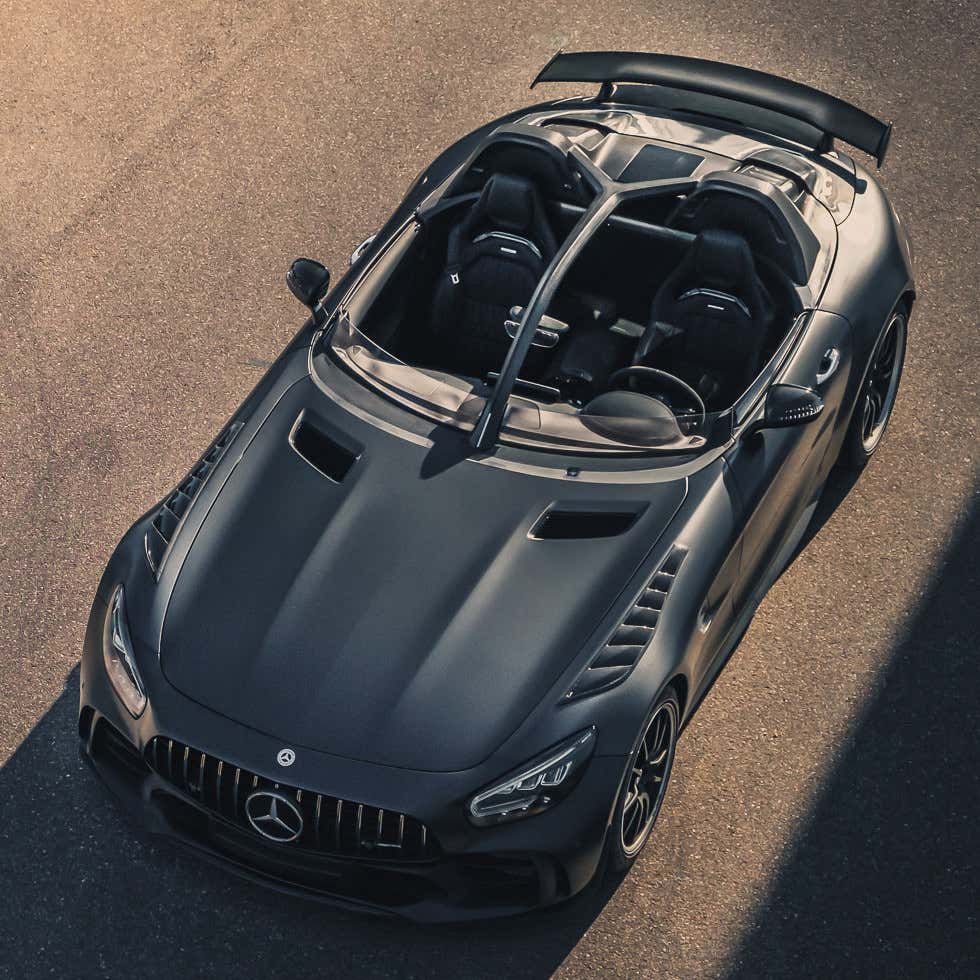 The Speedlegend, as you might guess by its appearance, is based on the capable Mercedes-AMG GT R Roadster. The latter car is exclusive enough, being limited to just 750 units worldwide; the Bussink itself, only five. It was engineered in partnership with HWA AG, a company that supplies components to Mercedes-AMG and happens to be co-located in Affalterbach, Germany. 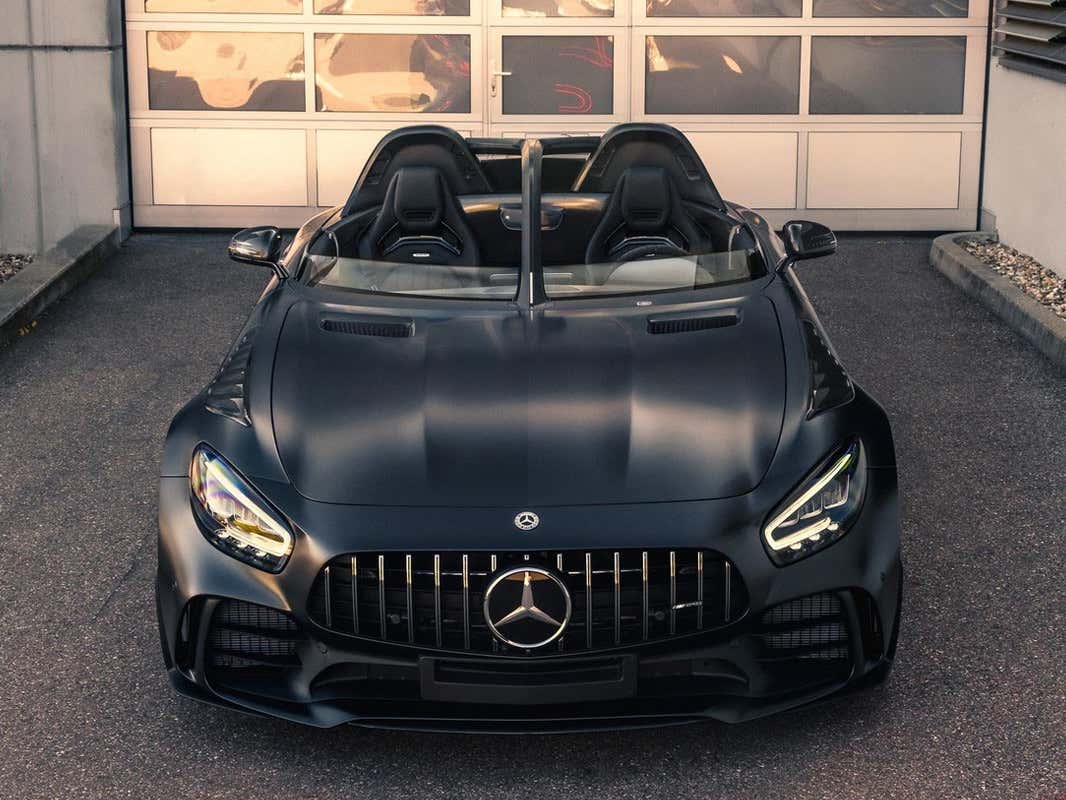 Perhaps the most striking feature of the build, and the one that most differentiates it from other speedster designs, is the “Speedbow”, the large wishbone-shaped brace that separates the two passengers and spans from the hood scuttle panel to the rear decklid behind the seats. It also serves as a useful place to mount the rear-view mirror. It also carries an LED light, which we hesitate to call an interior lamp, given that the whole car’s interior exists outside at all times. The design is reminiscent of the halo safety device used in Formula 1. There’s also redesigned rollbars which stand proud behind the seats, a welcome feature given the lack of a roof to provide rollover protection. 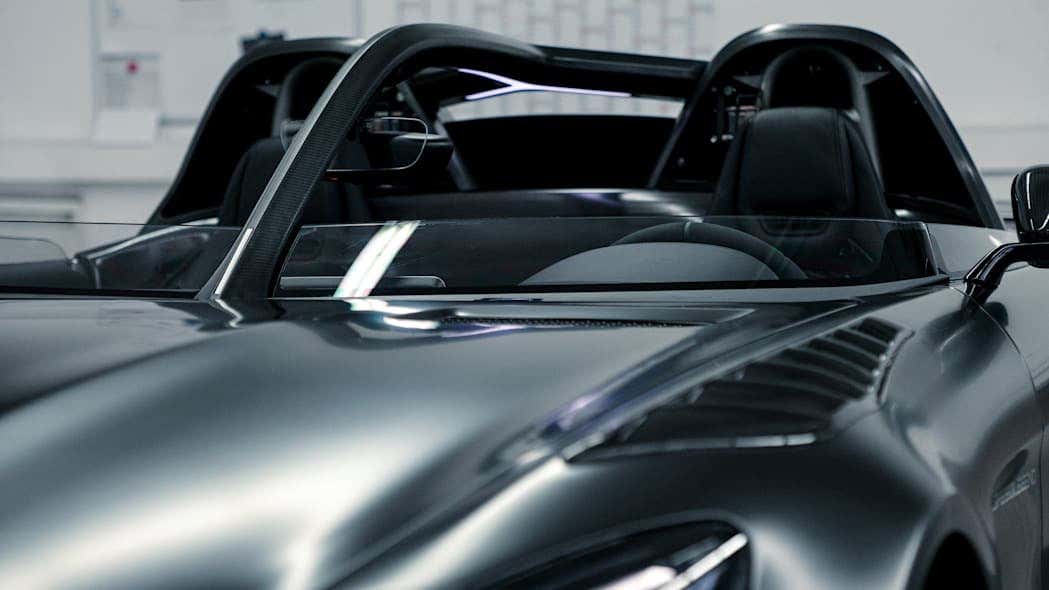 A helmet is a must when driving the Speedlegend, given that in lieu of a traditional windshield, the car provides just a few short inches of glass in the typical speedster style. Thankfully, the limited-edition vehicle ships with one standard, color-matched to the car’s exterior, of course. The car also reportedly comes with an Armin Strom watch, and some interior customization is possible for those with strong opinions on seat trims and steering wheels. 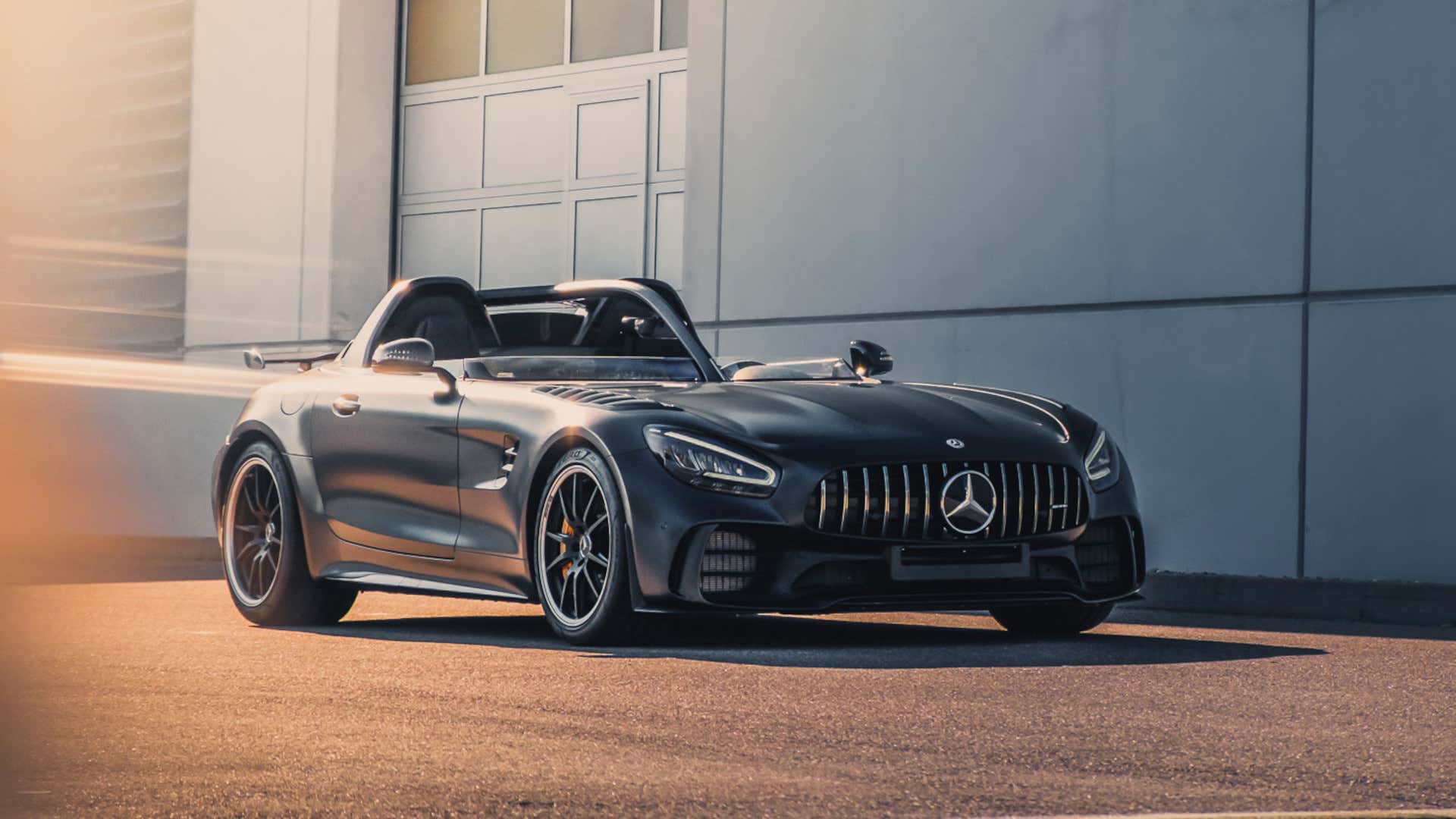 Performance options include the AMG GT R Pro’s front splitter assembly, which can provide more downforce, or a power bump to 850 horsepower, up from the stock car’s already potent 577 horsepower figure. There’s naturally also a smattering of carbon fiber vents and louvers scattered about the vehicle. As a further bonus, the car drops a full 220 pounds over stock, mostly from removing the convertible roof, which should have some performance benefit, too.

Overall, it’s one of those cars that if you have to ask how much it costs, you probably can’t afford it anyway. Never mind, though—all five Bussink GT R Speedlegends are already spoken for. The company has promised more to come in future, though, so if you like what you see, stay tuned.