There’s a perplexingly small overlap between those who like cars and those who consider having their commute interrupted by a train the highlight of their day. Trains, after all, just take what excite us about cars—complex, mechanical things steeped in performance, technology, and luxury—to loftier extremes. Interest in one should translate into at least a mild enthusiasm for the other.

Alas, that’s not the case. Car people and train people don’t mix nearly as much as we should. Because for every soulless light rail people-mover, there are some truly incredible machines throughout the history of trains that are worth celebrating. Machines that are every bit as exciting, fascinating, dangerous and brilliantly engineered as any supercar—and remember, powered trains also have the benefit of a good century-plus more development than cars.

Even if you think you’re the farthest thing from a foamer (that’s rail speak for a train nut), it’s time for a glimpse at what you’ve been missing.

Wrapped in a streamlined aluminum body and pushed along by a gigantic propeller, Franz Kruckenberg’s Schienenzeppelin (or rail zeppelin) was an early attempt at high-speed rail combining both locomotive and passenger cabin that, for obvious reasons, didn’t get very far. Though it achieved 143 mph in June 1931, setting a railed vehicle record that wasn’t surpassed for 23 years, insurmountable design flaws prevented the Schienenzeppelin from maturing past the prototype stage. 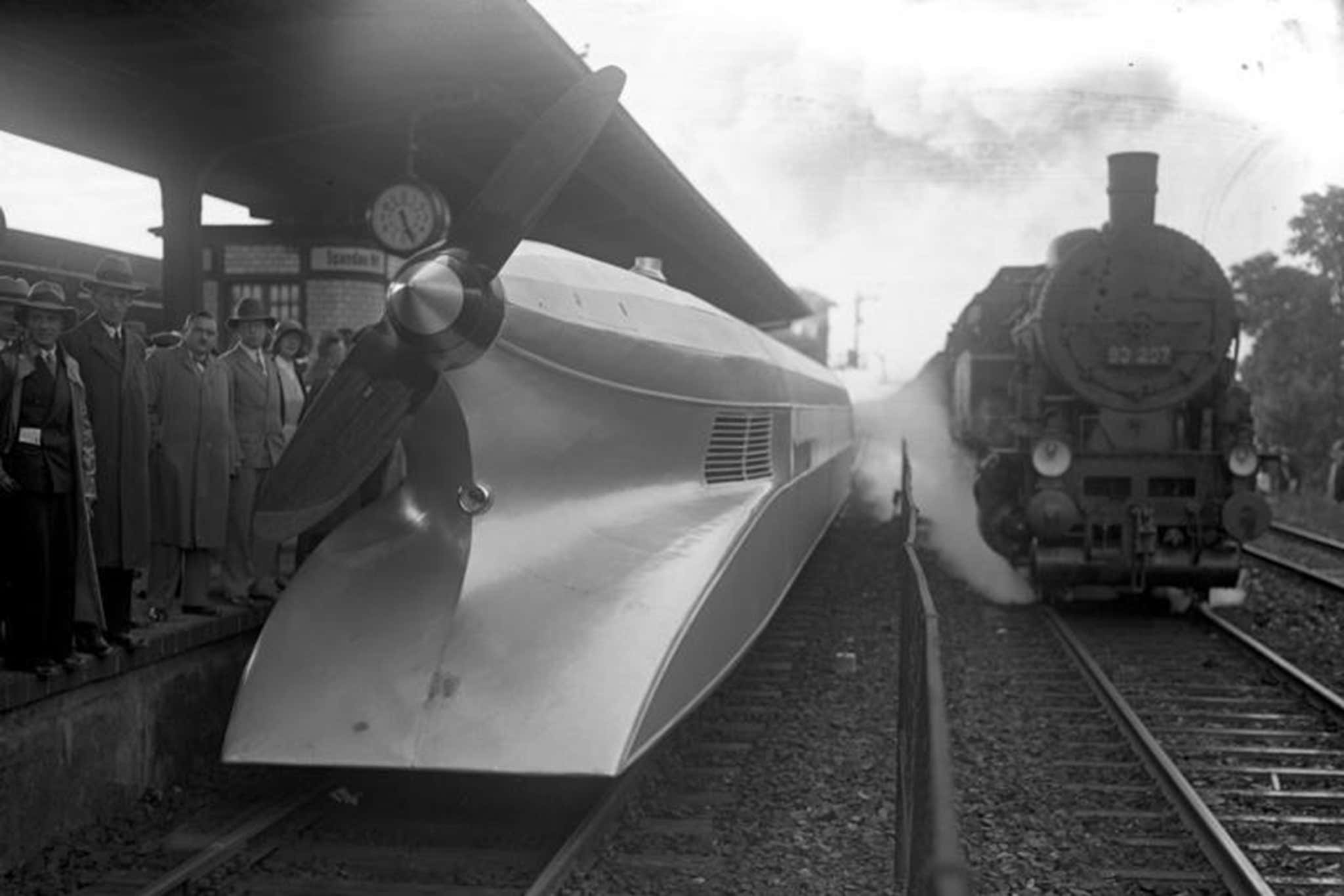 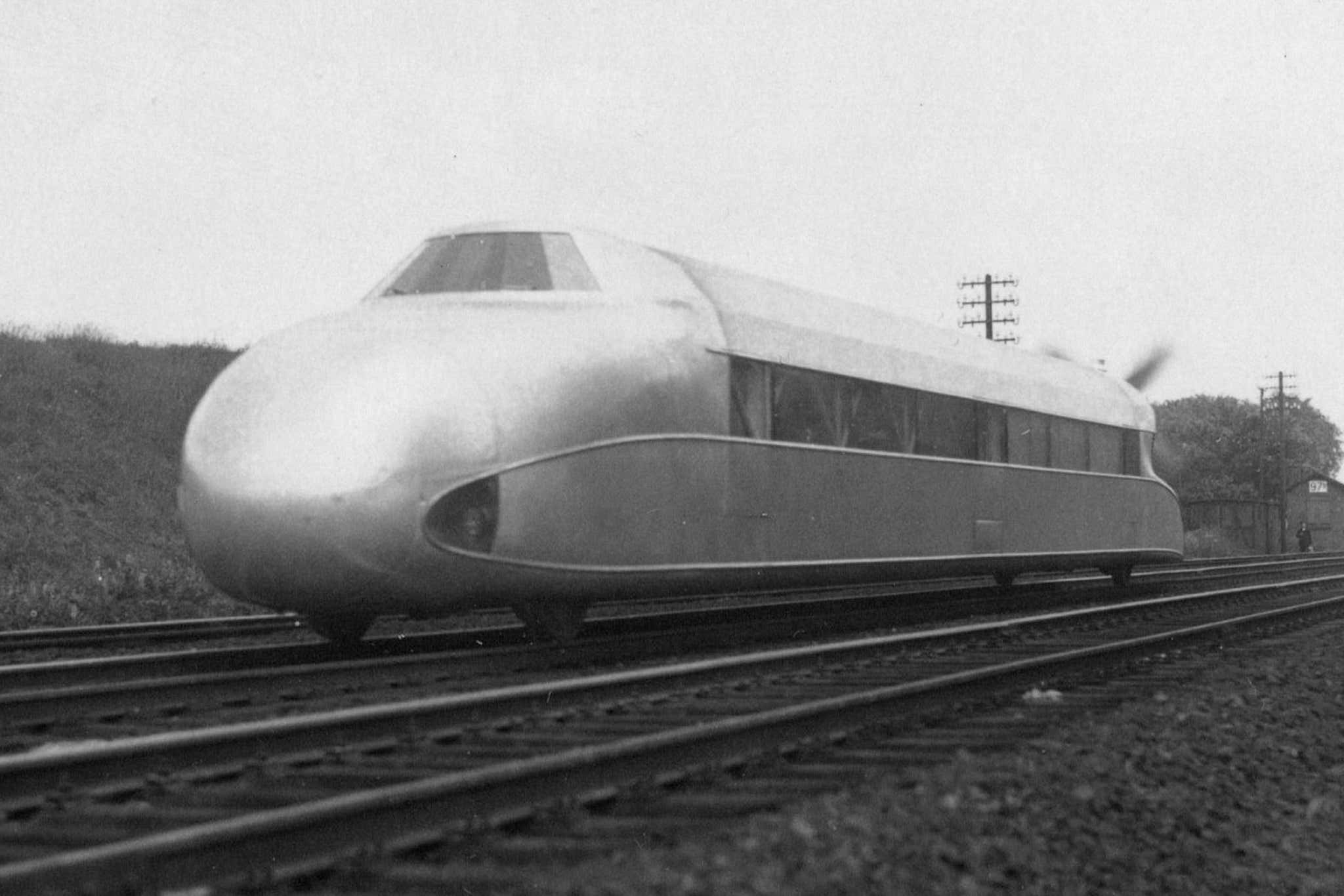 Powered by a 12-cylinder BMW aircraft engine (originally two straight-sixes jammed together) that ran on conventional gas, it struggled to climb hills, pull train cars, and most importantly, it was a menace to any pedestrians in its vicinity during operation. Hitting a developmental dead end in 1934, Kruckenberg sold the prototype to the Deutsche Reichsbahn, which gutted the machine in 1939 for war materials.

Built in postwar Germany, the Schi-Stra-Bus (whose name translates as rai[l]-stree[t]-bus) was a hi-rail-style vehicle designed to travel on both the autobahn and existing rail infrastructure. Powered by a 118-horsepower Klöckner-Humboldt-Deutz diesel, the Schi-Stra-Bus could propel 77 passengers up to 50 mph on the road, or after being lowered onto standalone rail trucks, 75 mph on a track. 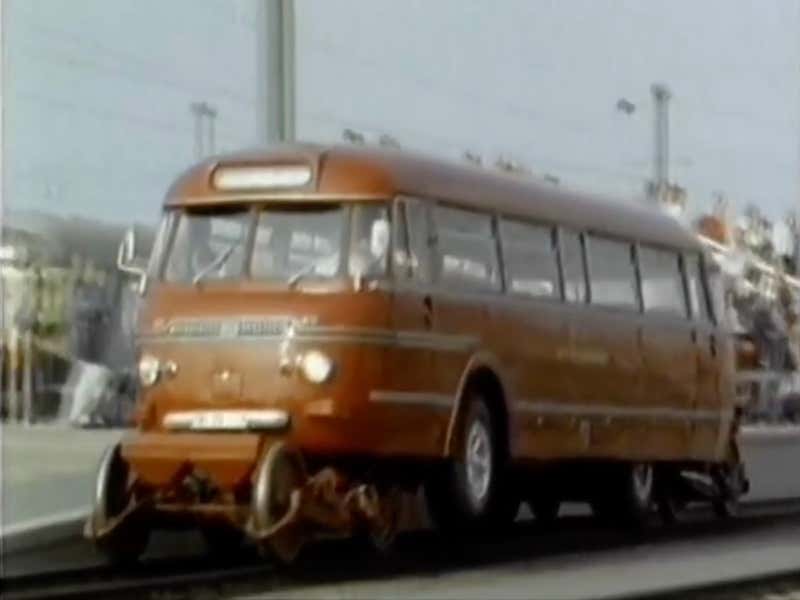 Entering service in June 1953, the Schi-Stra-Bus was adopted on another four routes over the next two years, though postwar expansion of road infrastructure quickly made the concept obsolete. By 1960, it was operating on just one line, and in 1967, the Schi-Stra-Bus retired to a museum. Mercifully, though, said museum keeps the Schi-Stra-Bus in running condition and takes it out for the occasional excursion.

Not as much trains in themselves as things that go on the front of them, these Mad Max: Fury Road-ready machines were conceived—uncharacteristically—by a Canadian dentist in 1869. When regular plows come up short, these behemoths can chew through any snowdrift, no matter how deep, compacted, or icy, and spit it out through a chute to either side.

This formula has proven hard to improve, so despite being costly to maintain and operate, many examples built in the early 1900s continue to serve today. Union Pacific keeps a fleet of six just for clearing Donner Pass in the Sierra Nevada, and hauls them out when no other equipment will cut the white mustard.

If one locomotive deserves to symbolize the might of mid-century American rail, it’s the Union Pacific Big Boy. Though supposedly christened “Wasatch” after the mountain range over which it was designed to solo-haul 3,600-ton loads, an unknown ALCO employee is said to have chalked “Big Boy” on the front, proving internet humor long predates the WWW.

And it’s a fitting name for a locomotive that, its tender included, weighs in at 1,250,000 pounds, or more than three Boeing 747-400s, making it the heaviest steam locomotive ever operated. Even more impressive is that these leviathans were designed to operate at a sustained speed of 60 mph on flat ground, or in bursts, at up to 80 mph—even locomotives less than half that size are mesmerizing at highway speeds.

Sadly, these marvels arrived on the scene as diesel power was coming of age, cutting the 25 Big Boys’ service lives short, and ending it outright in 1959. Though none remained operational after 1962, UP recently restored unit 4014, and now uses it—the most powerful operating steam locomotive on the planet—to lead excursion tours across the American west.

Hailing from the age when turbines were thought the future of heavy transport, the UAC TurboTrain was like many turbine-driven land vehicles: Better in concept than execution. Its use of Pratt & Whitney turbines to power the wheels through a torque converter-like configuration (a fan blowing another fan) wasn’t all that was radical about it; innovative tilting suspension let the TurboTrain lean into turns like a motorcyclist, and permitted higher speeds on existing infrastructure. This, the TurboTrain demonstrated in December 1967, when it howled up to 170.8 mph, setting a record for a fuel-mechanical-driven train that stands to this day. 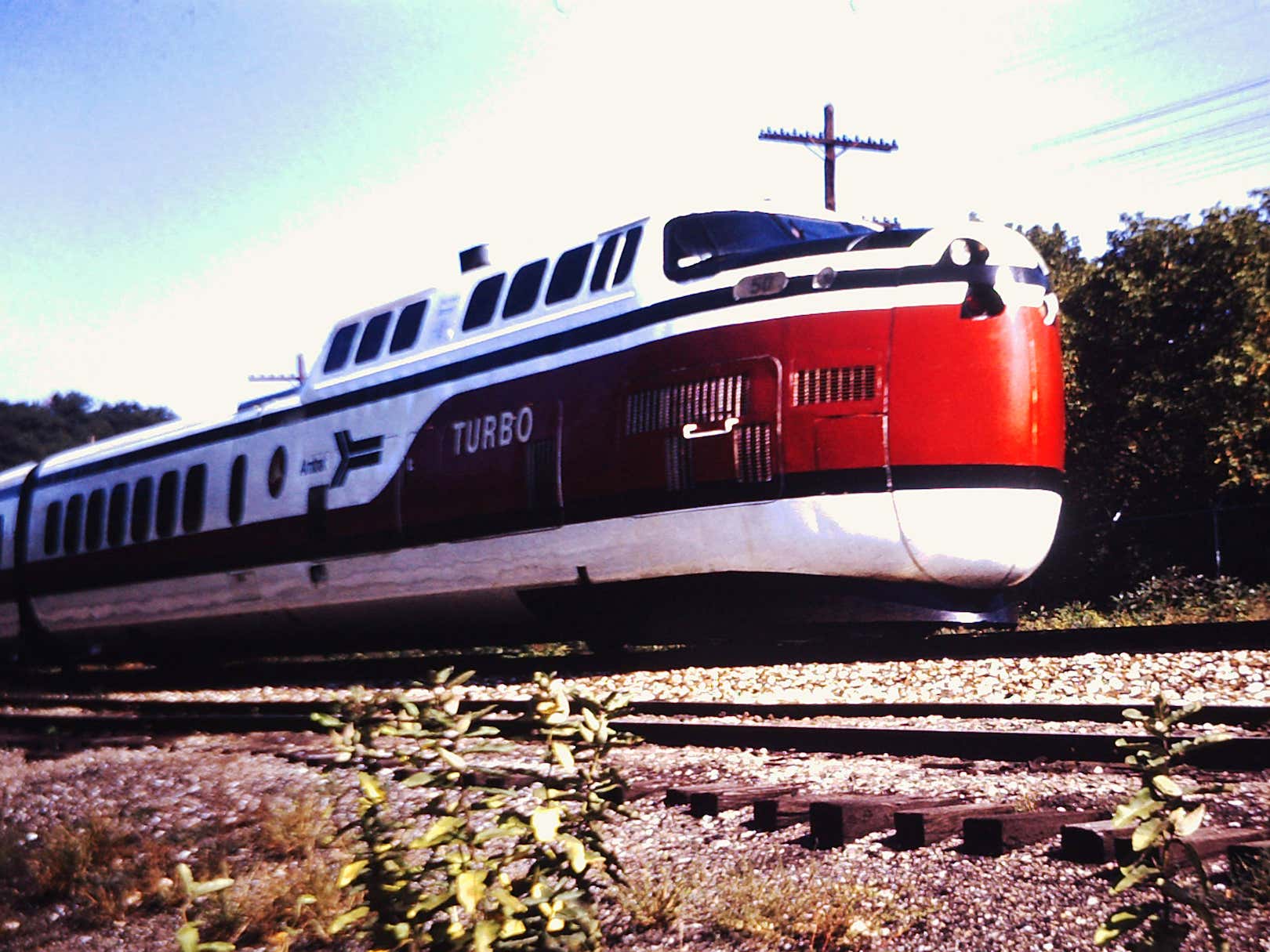 But during a press demo run in December 1968, a collision with a truck proved ominous of the TurboTrain’s service life, which it began the following year. Said crash and poor crossing infrastructure in rural Canada limited regular service top speed in the Great White North to 95 mph, and in the U.S., it was hardly any faster, topping out at 100.

Over time, accidents claimed multiple trainsets, and between poor reliability, complex maintenance, and loud, uncomfortable operation, the TurboTrain proved unpopular with railroads.After a final run on Halloween 1982, the TurboTrain was replaced by then conventional diesel-electrics, and sadly, none were preserved in museums.

Basically hovercraft confined to rails, hovertrains were the technological predecessor to maglevs, and they reached their pinnacle in Jean Bertin’s Aérotrain concept—a greater, more radical jet-powered flop than even the TurboTrain. 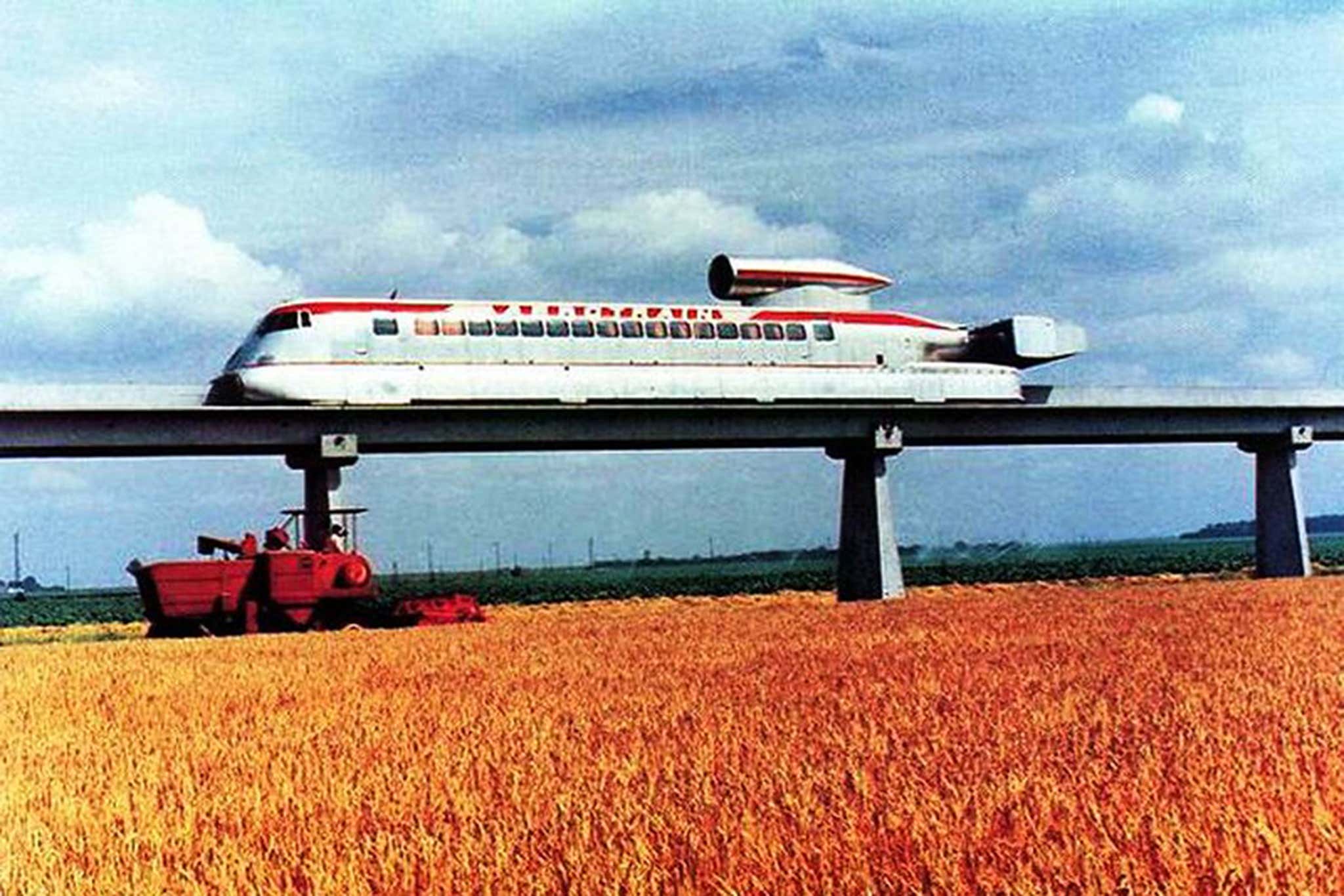 The Aérotrain’s tale starts with a scale model and a pitch, which Bertin shopped around before attracting the support of France’s national railroad, the SNCF. While the SNCF lost interest several months later, an undeterred Bertin instead drew financing from a regional planning body, which funded the construction of a test track and a manned Prototype 01 that hit 188 mph with rocket propulsion. After a jet-powered Prototype 02 managed 186, France’s national planning body got on board, further though progress was slow til 1969, when a rocket-augmented 02 hit 262 mph.

This secured Bertin funding for a new, 11.2-mile test track, and larger prototypes called the S44 and I80. Designed to carry 80 passengers at 217 mph, the latter Aérotrain screamed to 267 in a March 1974 test, setting the record for the fastest air-cushion land vehicle. This achievement netted Bertin and company a commercial contract to link airports in Cergy and La Défense with the first operational passenger line, though this also marked the end of the program’s forward progress.

Less than four weeks later, the contract was canceled, and in September 1975, SNCF declared that an electric locomotive was the future of its Trés Grande Vitesse program (more on that later). And on December 21 of that year, Bertin sadly succumbed to a brain tumor. Prototype I80-HV made its final test run in late 1977 before retiring to its hangar, where it was destroyed by arson in 1992.

Prototype 02 has been preserved, and remains of the test track it once roared down can still be seen decaying in the French countryside, its removal too costly to be worthwhile. A fitting monument, then, to the jet age’s naive dreams of the future.

OK, so I’m fudging the definition of “train” here a bit, but Sonic Wind 1 is worth the exception. You’d think the man who popularized the Murphy’s law adage, Colonel/Doctor John Stapp, would have something to say about this open-air rail sled other than “let me ride it.” But he didn’t, and on Dec. 10, 1954, then-Major Stapp strapped himself into the JATO rocket-propelled Sonic Wind 1 to test the effects of extreme acceleration and deceleration on the human body. The sled blasted from zero to 632 mph and back to zero along a mere 3,500 feet of track, subjecting Stapp to a monumental 46.2 G. 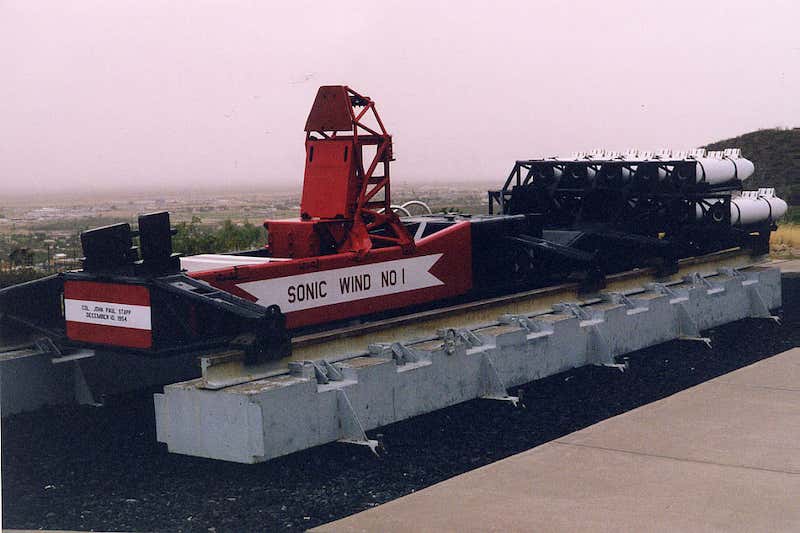 “I felt a sensation in the eyes… Somewhat like the extraction of a molar without anesthetic,” Stapp quipped of the experience. Seemingly something of a masochist, Stapp subsequently tried to have more motors strapped on the back in a bid to break 1,000 mph, which his commanding officers declined to let him do. In doing so, they sealed Stapp’s sprint as both the fastest-ever run by a manned rail vehicle and an open-cockpit vehicle.

Before affordable air travel, when rail was still king, peak Art Deco collided with a primitive understanding of aerodynamics, informing the designs of early streamliners; some of the most beautiful machines ever built. These polestars of industrial design were often engineered to operate around 100 mph for extended periods—remember, this was the 1930s—and briefly as high as 120 to make up for lost time.

One British example known as the Mallard topped out at 126 mph, setting a steam locomotive record that stands to this day, though there are accounts of several American steamers besting that figure. Whether we Americans have a claim to the speed throne can’t be known, as we scrapped most of our great streamliners, though there is a campaign to reconstruct a Pennsylvania Railroad Class T1 (top center) underway. Wouldn’t it be great if that reborn steamer not only took the record for America, but inspired a renaissance in industrial design? Lord knows we’re due for one, what with how uninspired the auto industry has become. 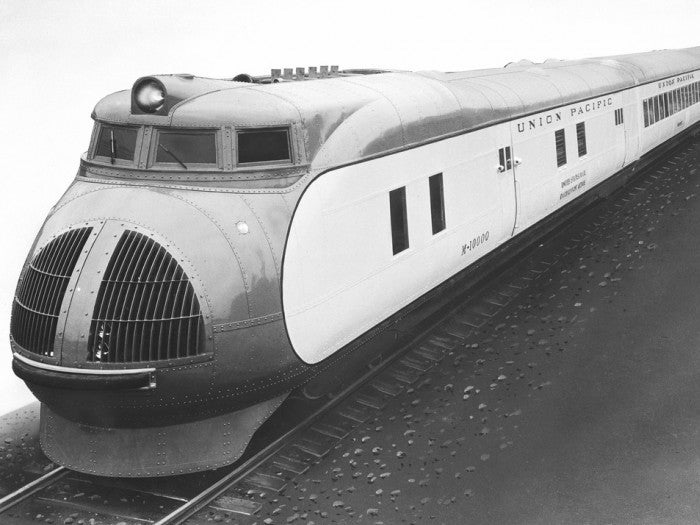 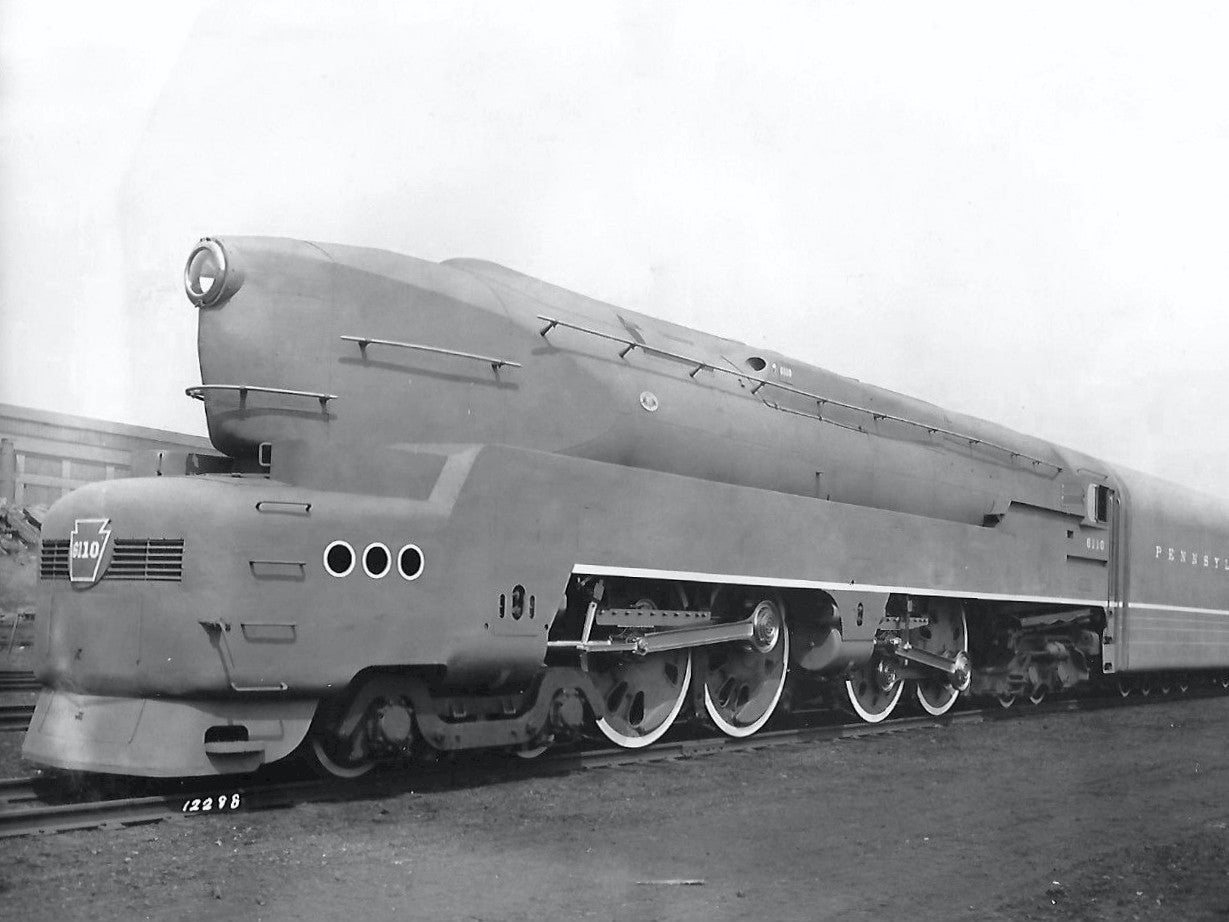 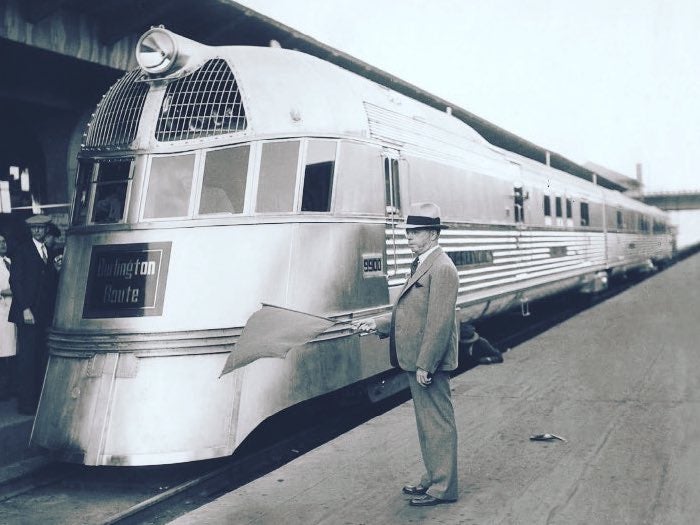 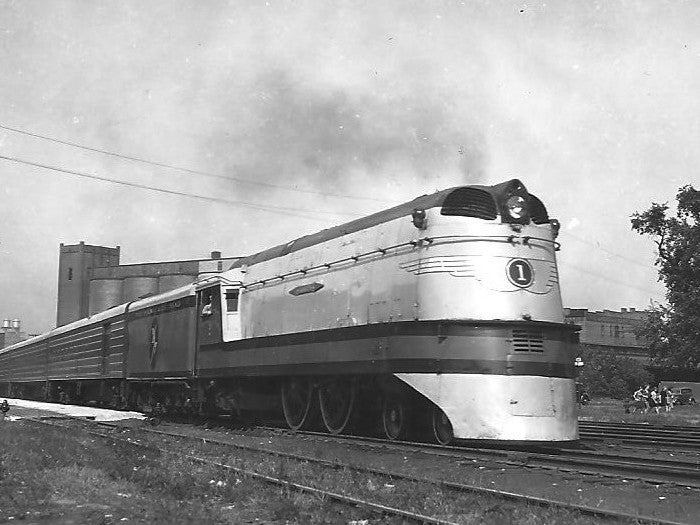 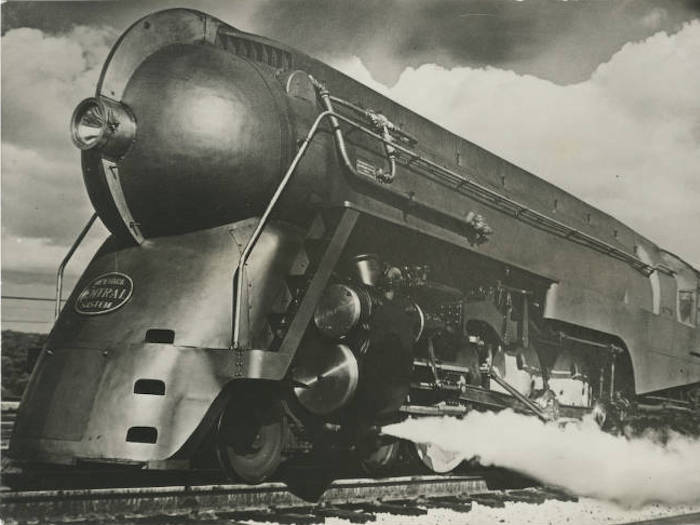 Not all jet-age rail mega-projects crashed and burned. From the country that gave us both the only supersonic airliner and the 304-mph Bugatti Chiron also came the train that not only pioneered high-speed rail for Europe, but holds the record for the world’s fastest wheeled train: The TGV.

Proven capable of 357.2 mph on April 3, 2007, the TGV even in its infancy was so fast that it rendered traditional railroad signals unreadable, forcing the SNCF to invent wireless cab-signaling technology that’s now commonplace in high-speed rail. Today, the TGV network is Europe’s second-largest high-speed system, behind only Spain’s, and boasts a nearly spotless safety record of zero fatalities during scheduled high-speed passenger service. It and Japan’s similar Shinkansen are the envy of the world, especially the U.S., where passenger rail service is a sad shadow of its former self. That, however, may not be the case for long…

Currently in development in Japan is a maglev called the L0 series which, on April 21, 2015, carried 49 JR Central employees to 375 mph, cracking the record for the fastest manned maglev in the world. Designed to ferry passengers at a more cautious, yet still blistering 314 mph, the L0 is intended to operate automatically with no engineers aboard, though there are cameras for emergency remote operation. Despite a three-month development freeze due to COVID-19, an updated L0 prototype entered trials in August, reaching 342 mph on the 19th, and making the program’s passenger service entry target of 2027 look, if anything, conservative.

And this marvelous maglev might not be one Japan hoards all to itself. A firm called Northeast Maglev hopes to license the L0 for a high-speed route in the northeastern U.S., one connecting Washington D.C. to Baltimore, Wilmington, Philadelphia, and New York City.

But according to The Washington Post, delays have pushed its soonest possible passenger service out to 2028; a target that still feels sadly ambitious given how hurdles have kicked the California High-Speed Rail project out to at least 2033. Godspeed to them, but lord do they have a mountain to climb.