Welcome back to the world record conversation, Bugatti—you’ve been missed. Bugatti unveiled its new Bolide concept car today, which promises to be the most incredible car they’ve ever built: a lightweight, high-downforce sports car built around Bugatti’s signature 8.0-liter quad-turbo W16 engine and all-wheel drive system.

The statistics Bugatti claims for the Bolide alone are mind-blowing. The car is capable of pumping out 1,825 horsepower and 1,364 pound-feet of torque in a car that weighs a relatively light 2,734 pounds. To put that in perspective, that’s only about 300 pounds heavier than the current Mazda MX-5—a lot of which probably comes from the Bolide’s W16 drivetrain—with roughly ten times the MX-5’s horsepower.

To achieve such a light weight with a giant W16 in the middle, Bugatti stripped down the Bolide to the bare necessities. Two seats are the only “luxury,” with the rest of the interior being all carbon-fiber function. Every fastener is made of titanium. Aerospace-grade titanium alloy was 3D printed to make hollow functional components with wall thicknesses of 0.5 millimeters or less. Despite that, Bugatti claims these components are still very strong, with tensile strengths of up to 1,250 newtons per square millimeter.

The Bolide hypercar was also designed to meet the FIA’s safety requirements in as lightweight a package as possible. The seating position is similar to that of a formula car, with the driver laying back and sitting extremely low to keep the center of gravity as close to the ground as possible.

The engine and transmission were both optimized for higher engine speeds, which was achieved by dethrottling the intake and exhaust systems for a faster response. “Driving the Bolide is like riding on a cannonball,” said Bugatti president Stephan Winkelmann. 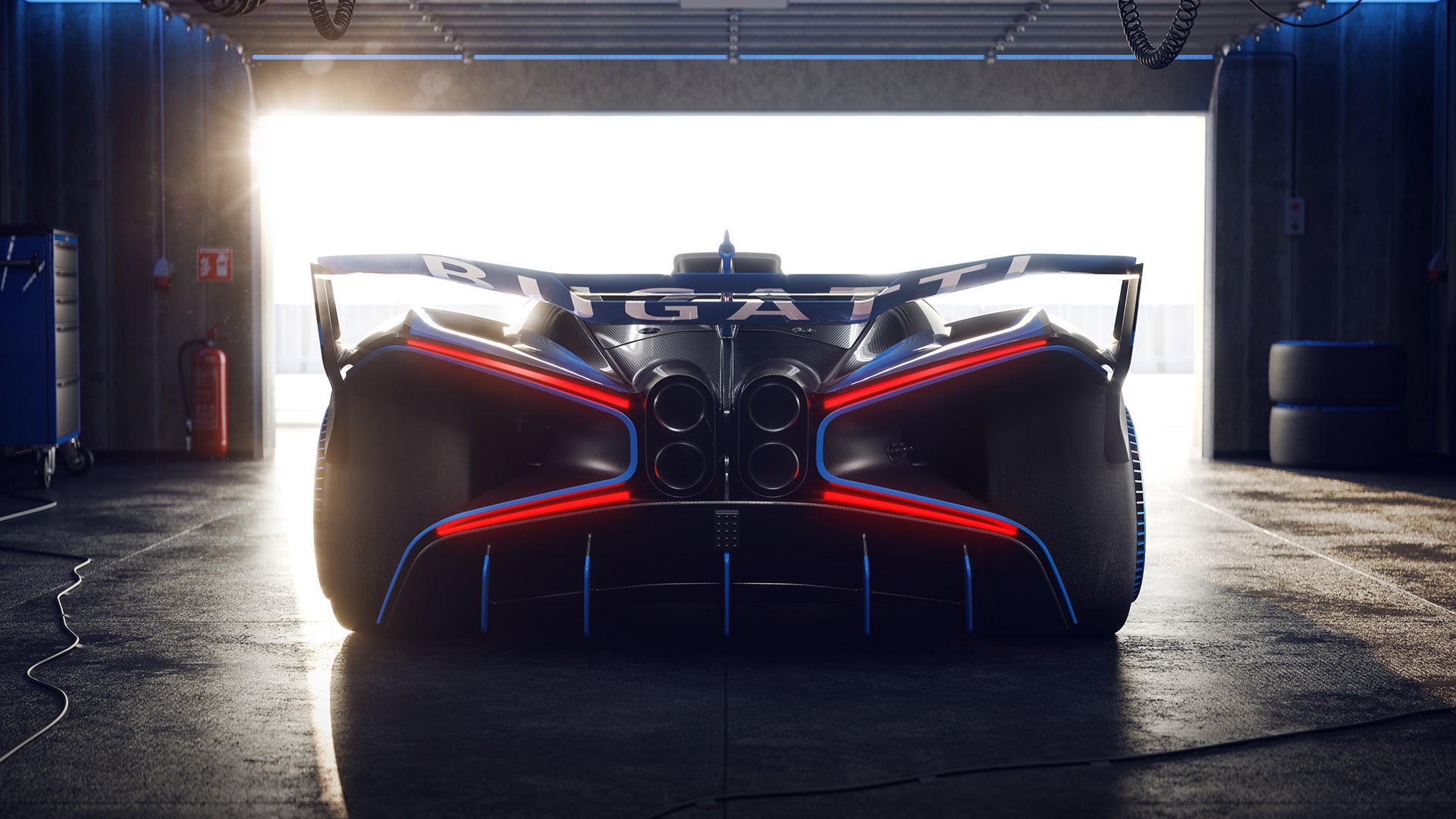 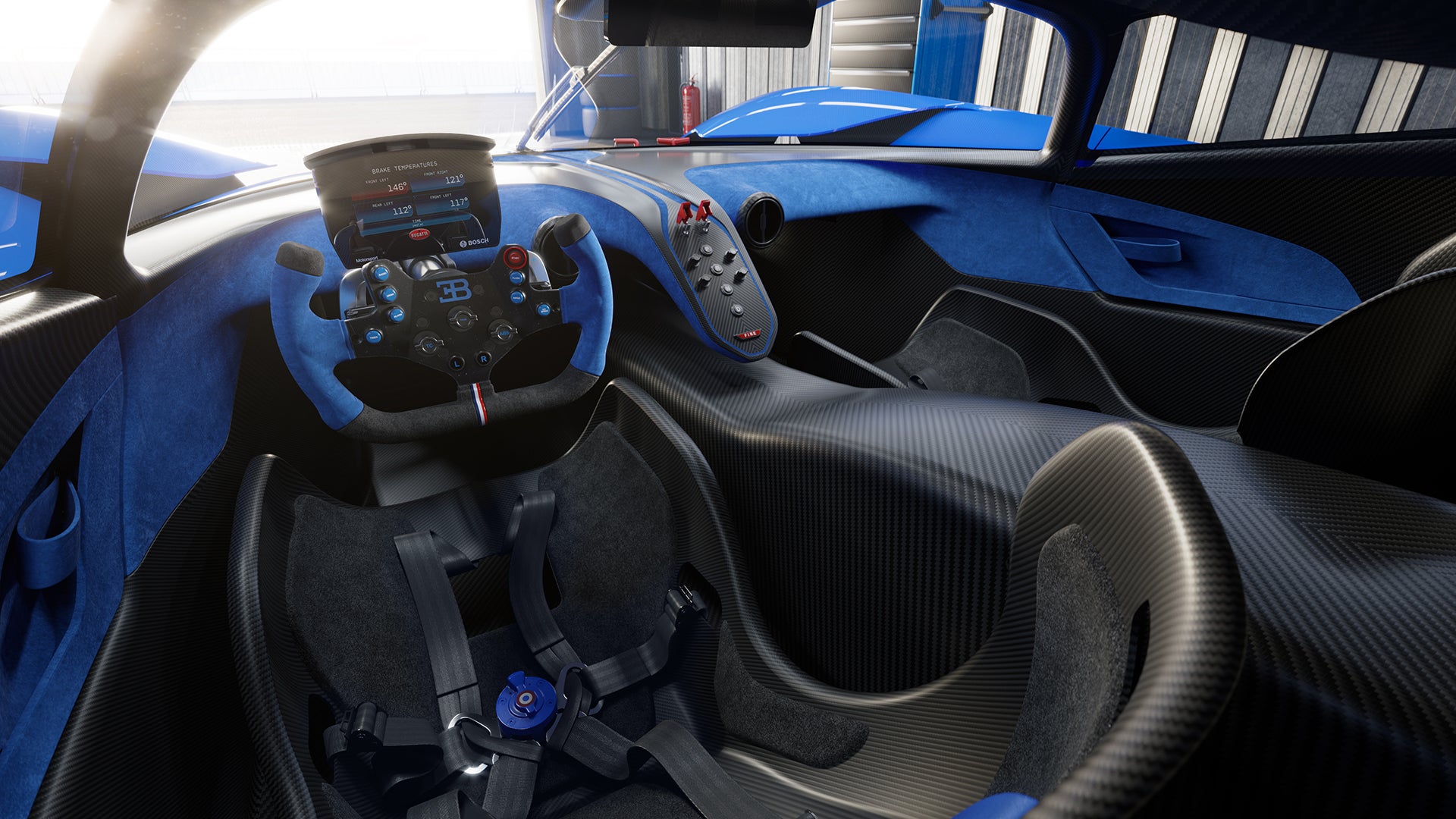 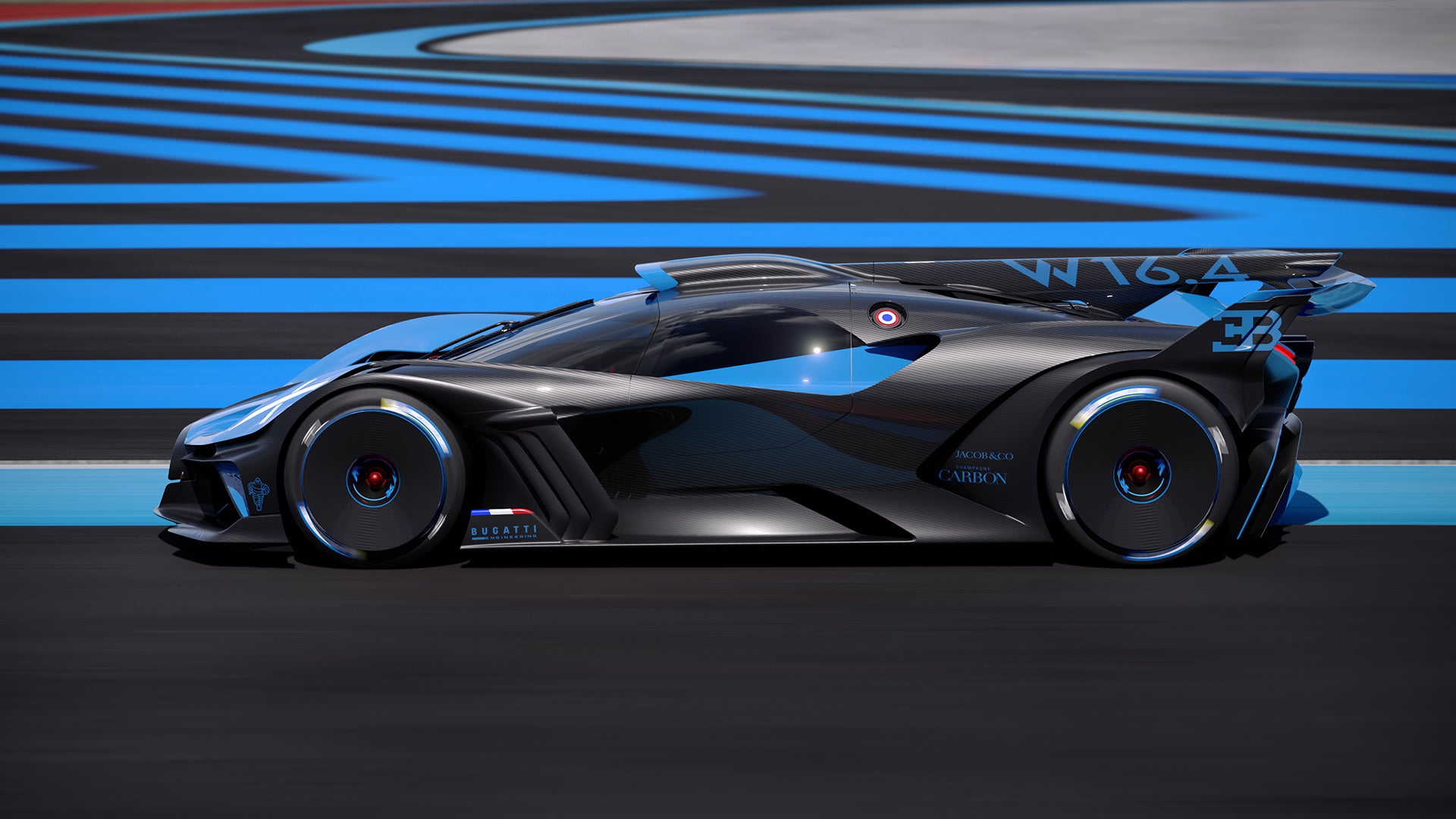 The W16 features four brand new turbochargers with blades that were developed for more boost pressure and power at higher engine speeds. Bugatti engineers also tweaked the lubrication system and dry sump design to work well under high G-forces, which this car no doubt will see.

The 1.6-foot auxiliary driveshaft is another thing that enables the Bolide’s W16 to run at higher speeds than ever before. It’s made of carbon fiber with 3D-printed titanium end fittings, making it capable of withstanding sustained temperatures of 500 degrees Fahrenheit. It’s also 3.3 pounds lighter than the regular auxiliary driveshaft, which in turn reduces the rotating mass involved, thus allowing the engine to rev more freely.

Keeping the giant turbocharged W16 engine cool was a priority in its design, which Bugatti claims they achieved using air-to-air intercooling with water pre-cooling. Bugatti claims that the two water coolers sit in front of the Bolide’s front axle are more effective in terms of flow than those used in Formula One. The drivetrain also features three air-cooled oil coolers that keep the engine, transmission and differential operating at the optimal temperatures.

The brakes also need to keep cool to be able to stop such a high-speed car, which is why they feature turbofan radial compressors made of a brand-new carbon-titanium material. 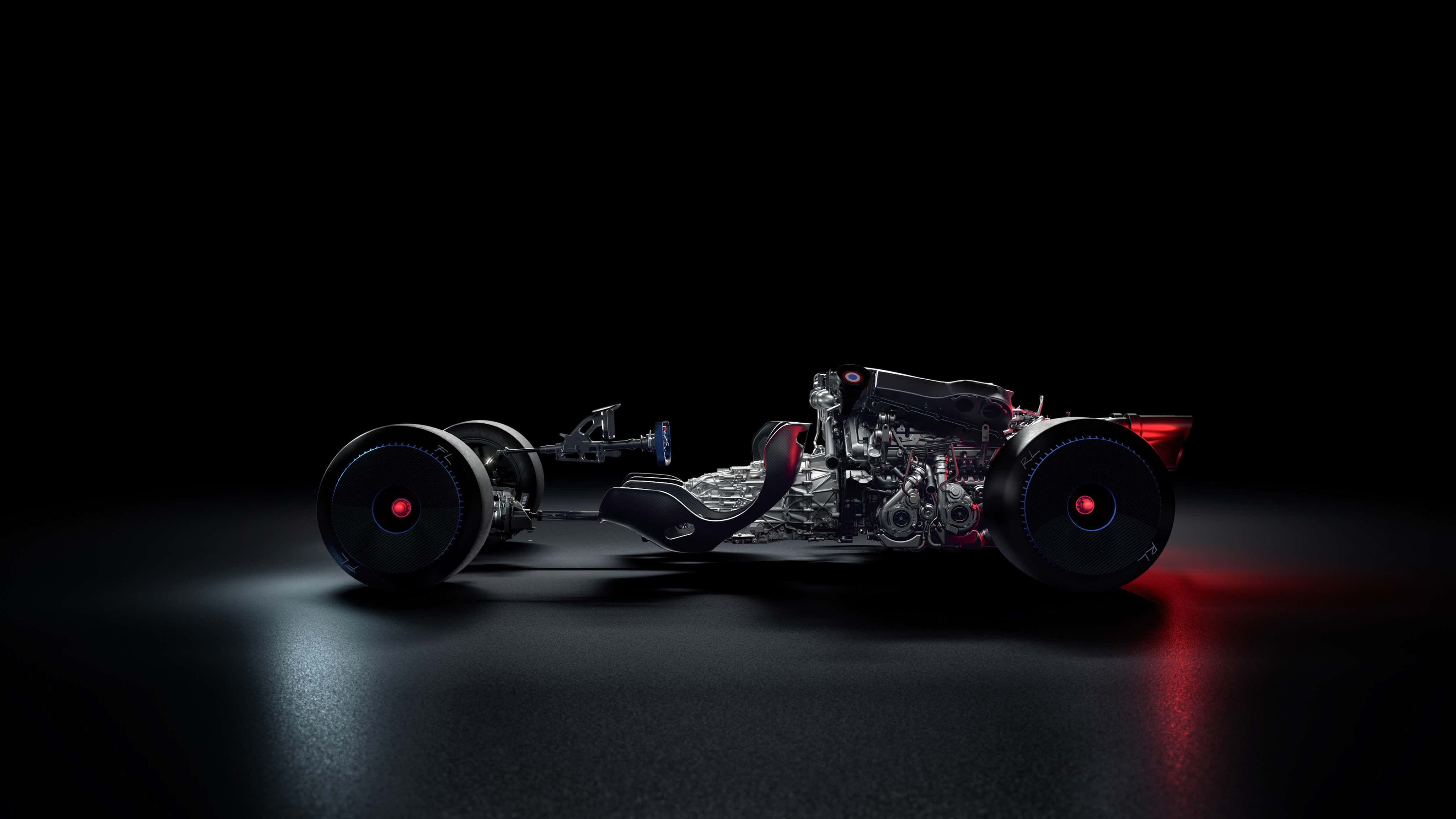 Bugatti says its most incredible car to date takes just 5:23.1 minutes to lap the Nürburgring Nordschleife when they’ve run it through simulations. That puts it just seconds behind the all-time record of 5:19.55 set by the Porsche 919 Hybrid Evo, which was a full-on Le Mans prototype modified for pure speed.

Speaking of Le Mans, Bugatti says the Bolide will do a 3:07.1-minute lap there based on their simulations of its performance, which would be seven seconds faster than any of the Le Mans prototypes have lapped it. If these times ever get out of the hypothetical discussion and into real-world track time, we’re going to need to see uncut lap footage on those as proof and also because OH MY GOODNESS, HOLY CRAP.

Let’s talk about another record it could potentially upset: land speed. Bugatti themselves may have retired from the land-speed record game, but that doesn’t stop an owner from having a bit of SSC-trolling fun. Bugatti says the Bolide’s top speed is “well over” 310 mph, but doesn’t define exactly what “well over” means here. Just run the thing, man. Build more and sell it.

Incredibly, Bugatti engineer Franz Götzke said that the Bolide concept came together in just eight months. Bugatti says they are not sure whether the Bolide will enter production. Winkelmann says that the Bolide concept is all about answering the what-ifs of Bugatti focusing its engineering prowess on a track beast, but the best way to prove a what-if is to build it. Sell it. Release it into the general public’s and racing drivers’ hands. Go forth, and prove these simulation-based claims. 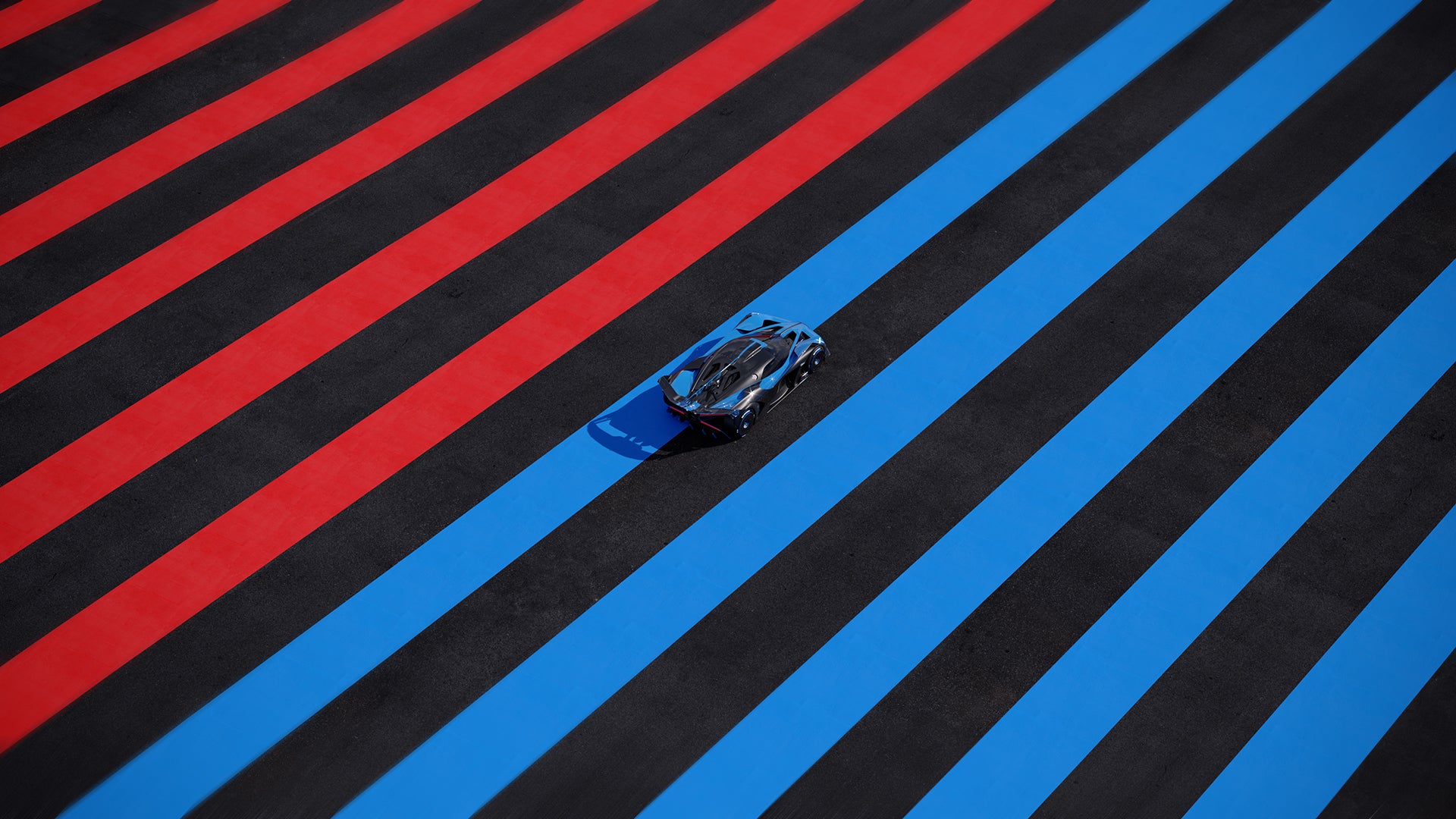 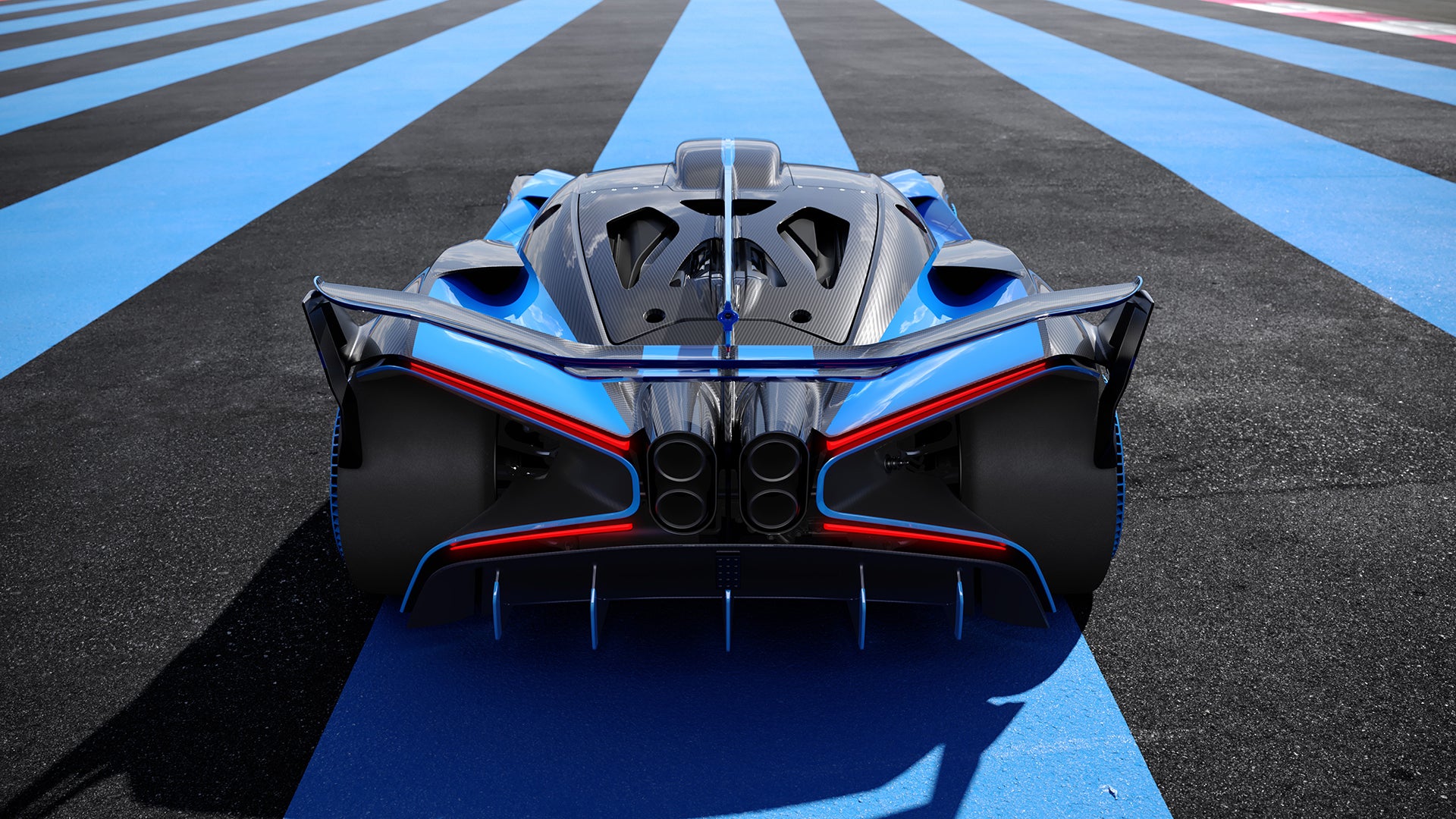 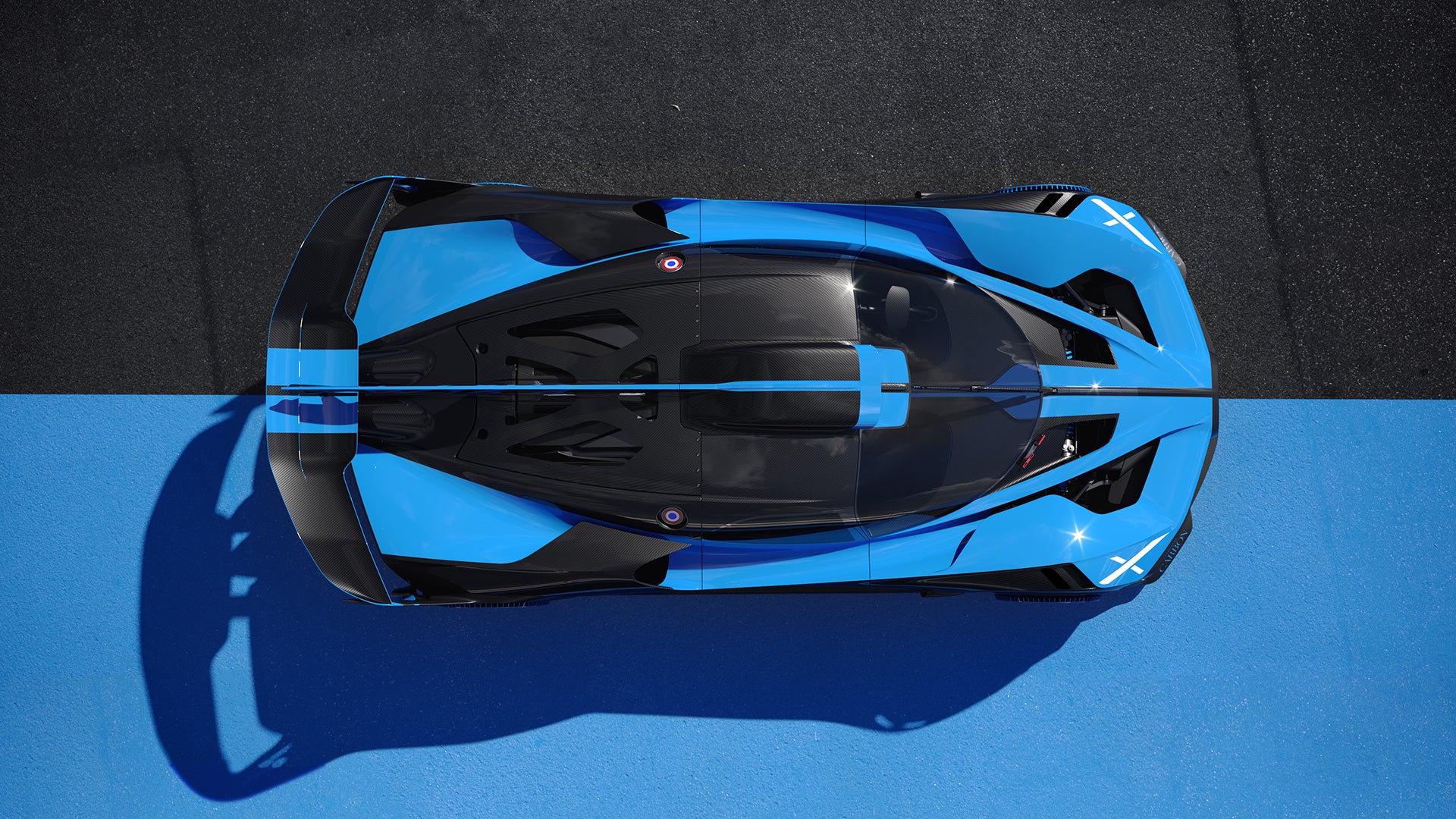 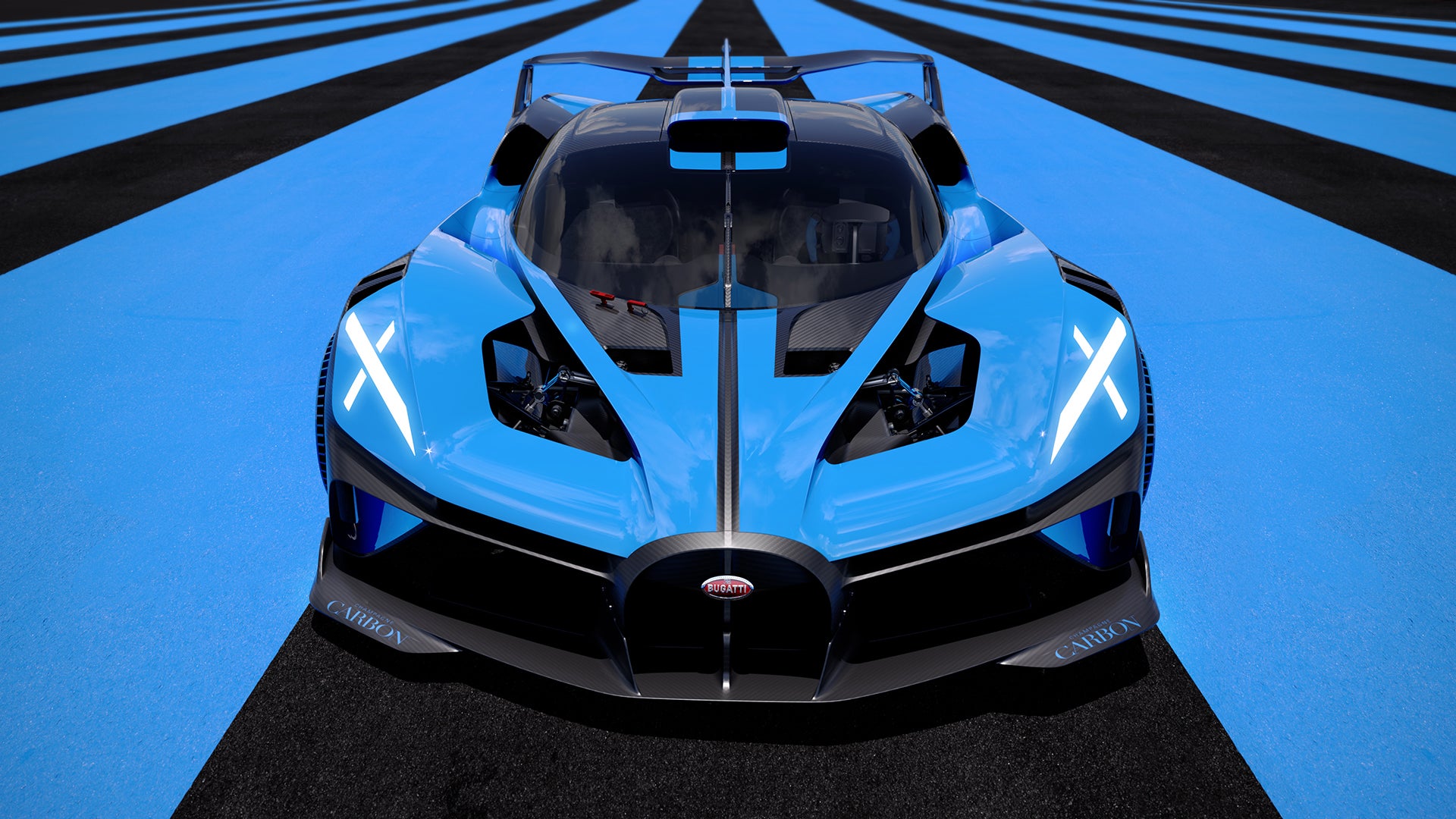 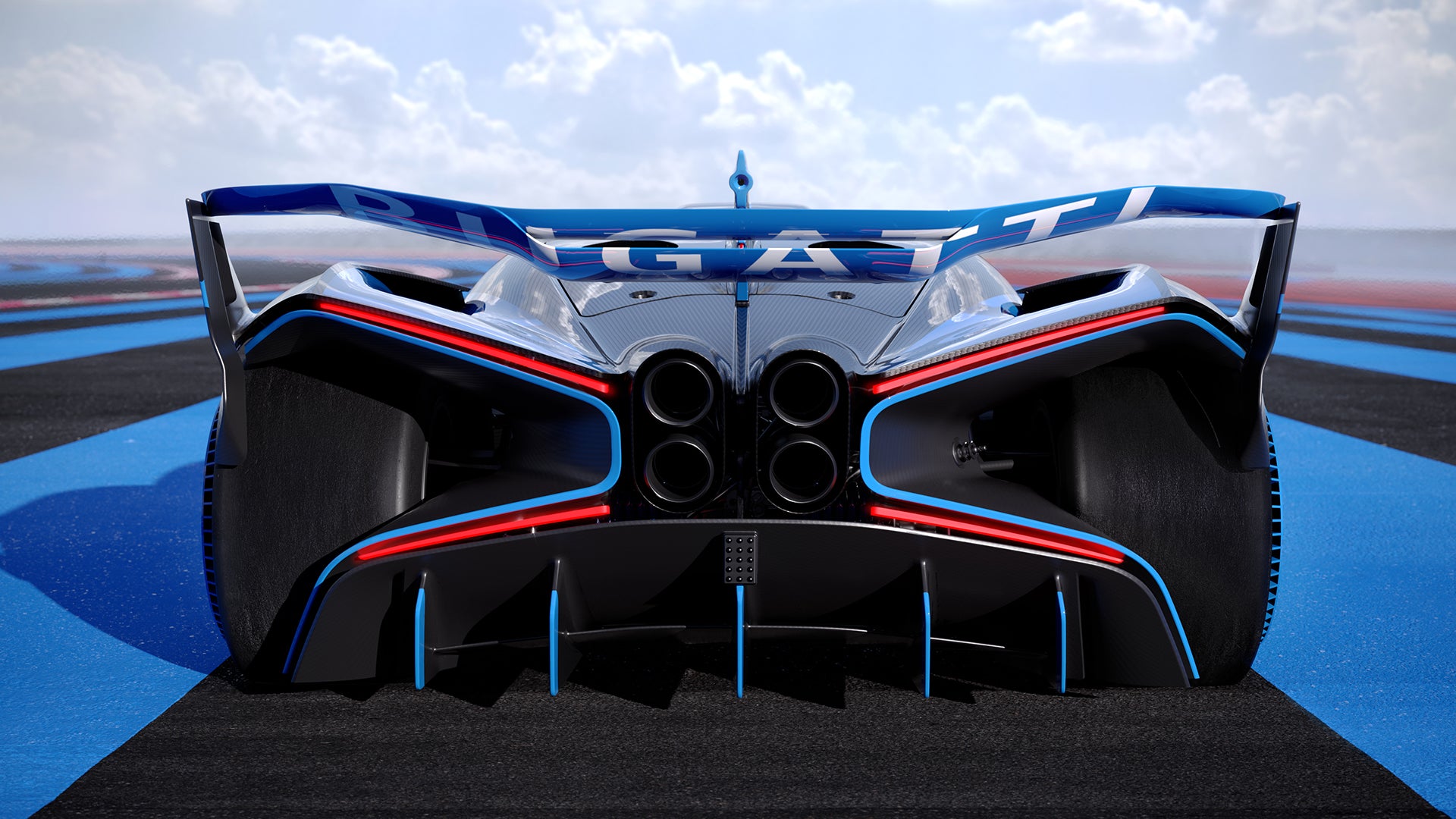 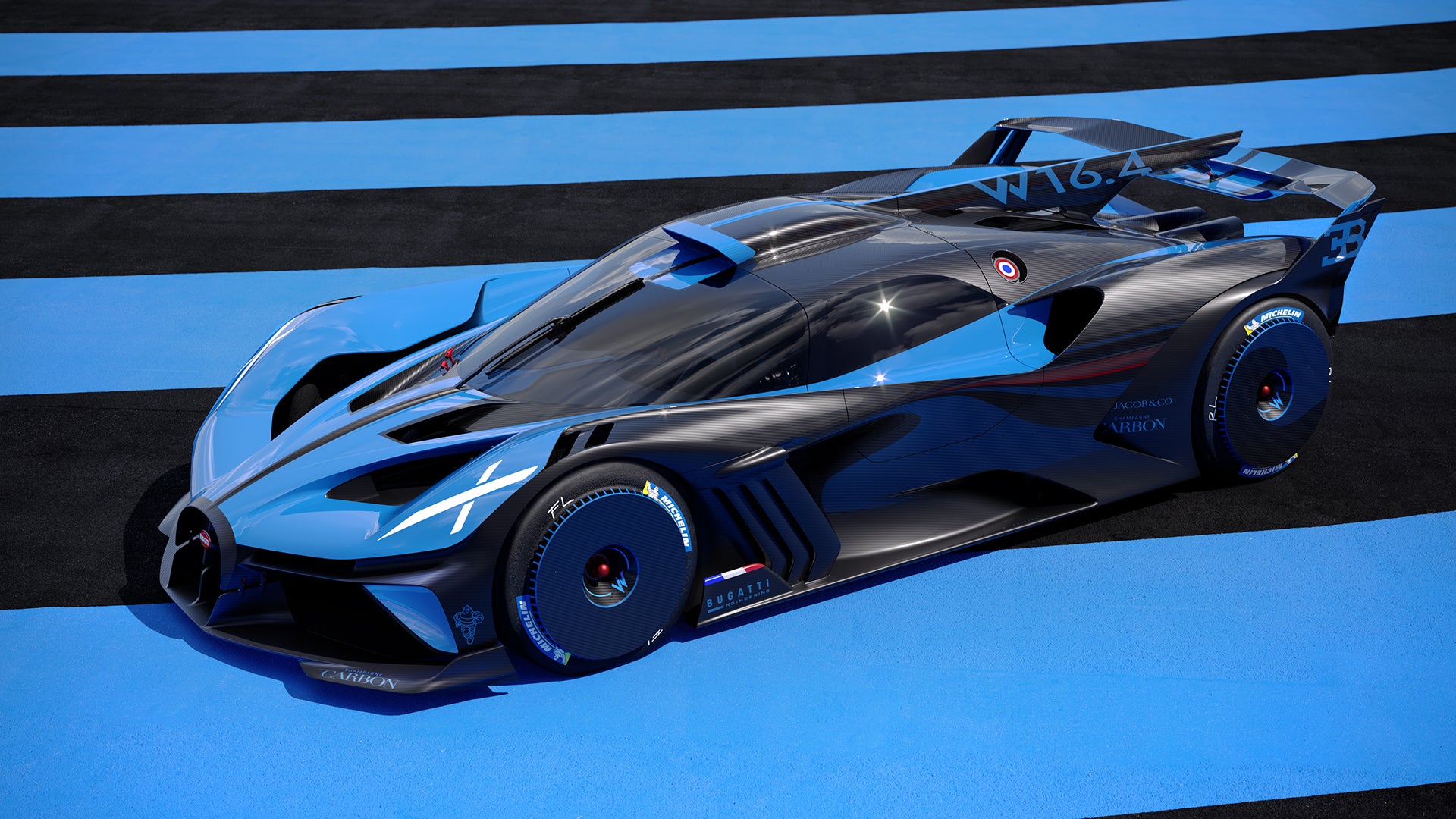 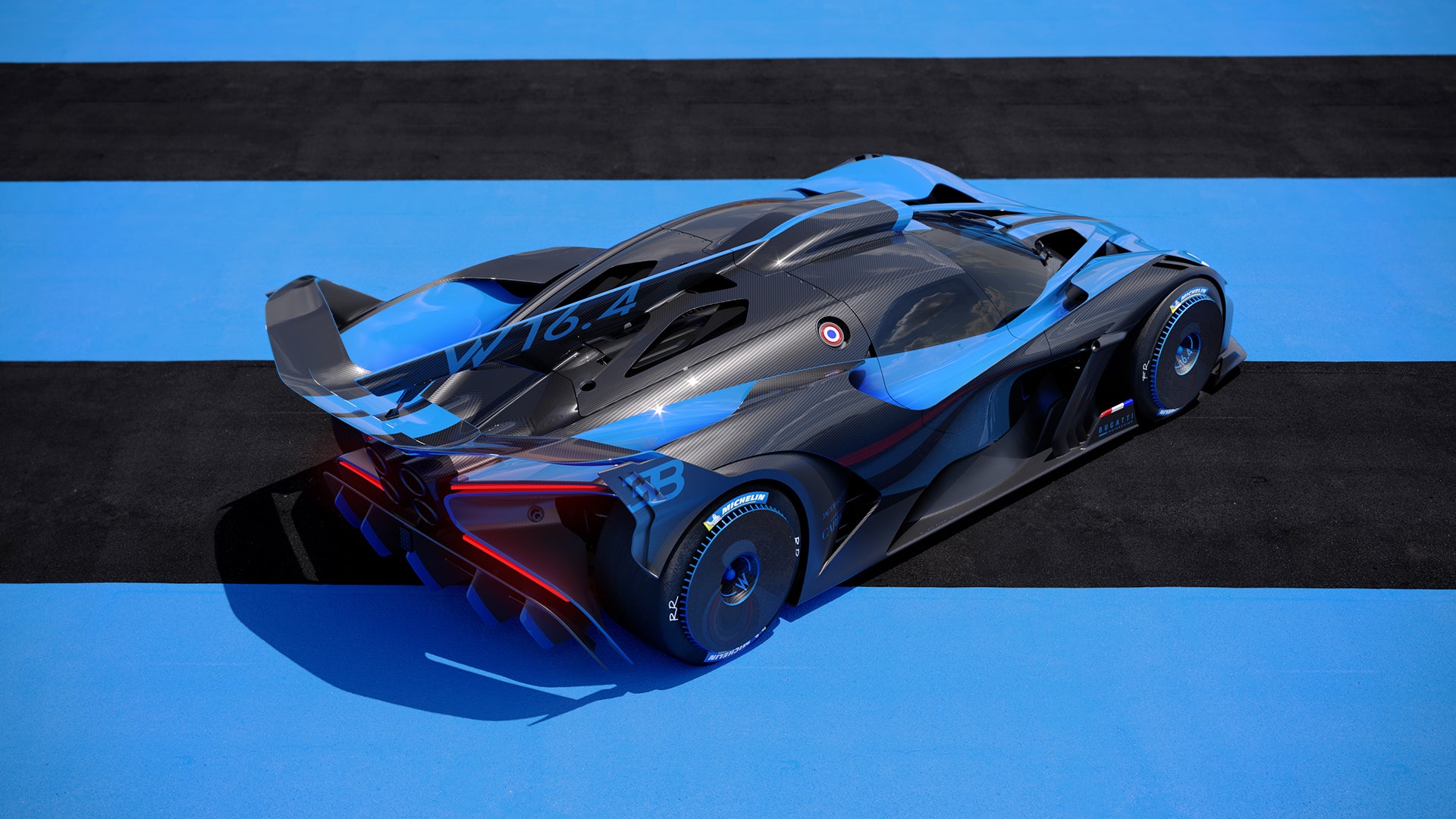 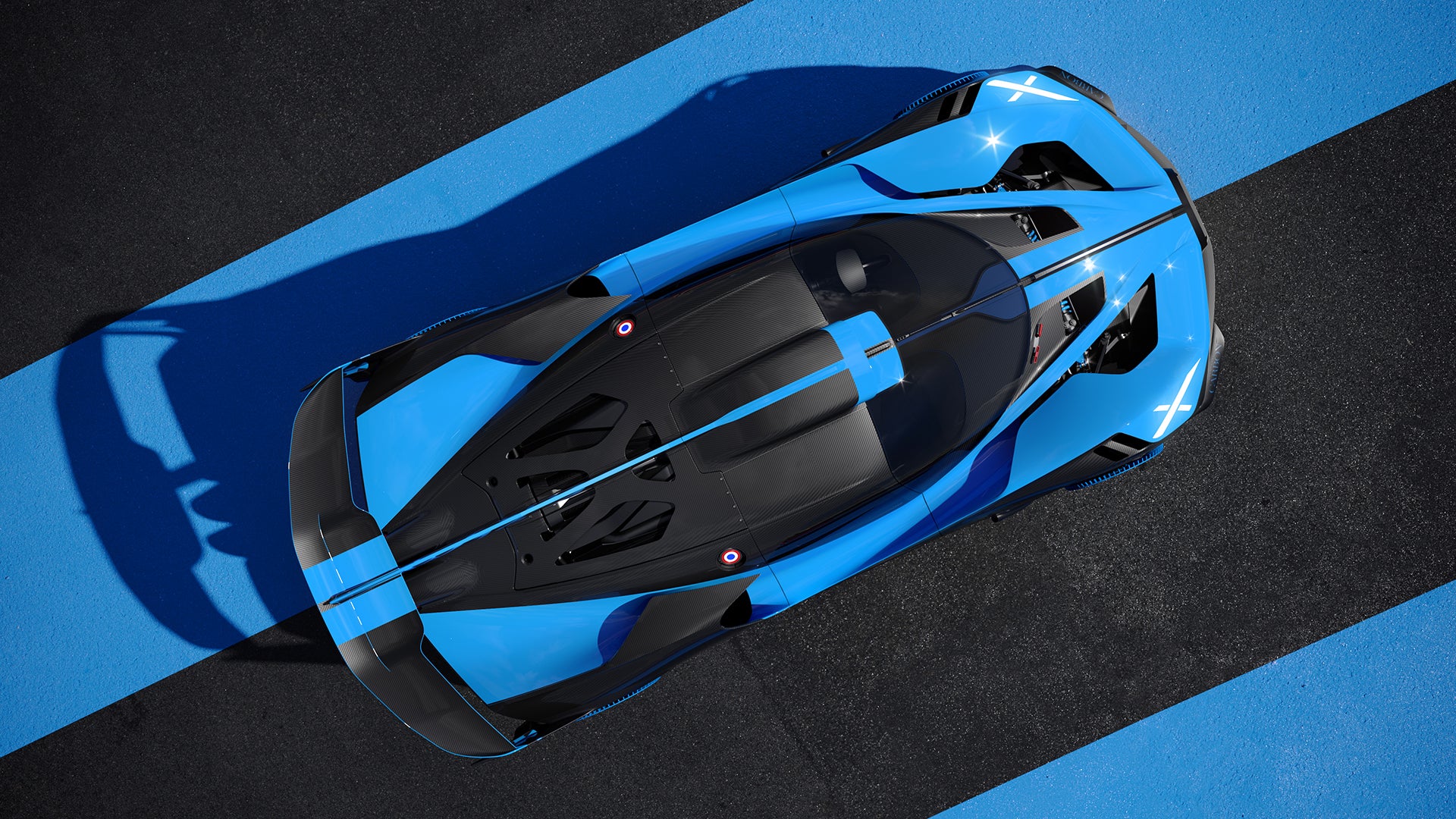 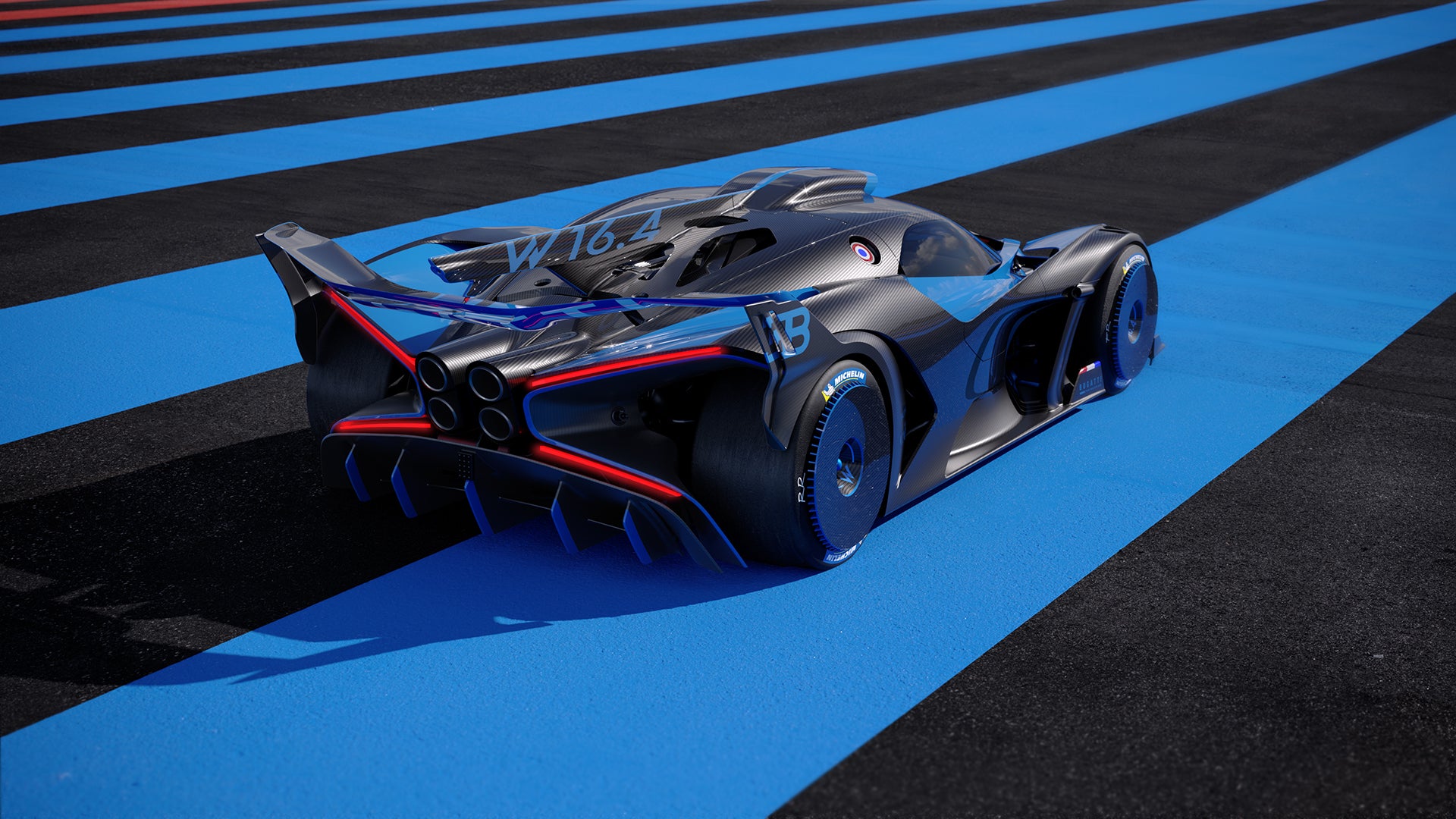 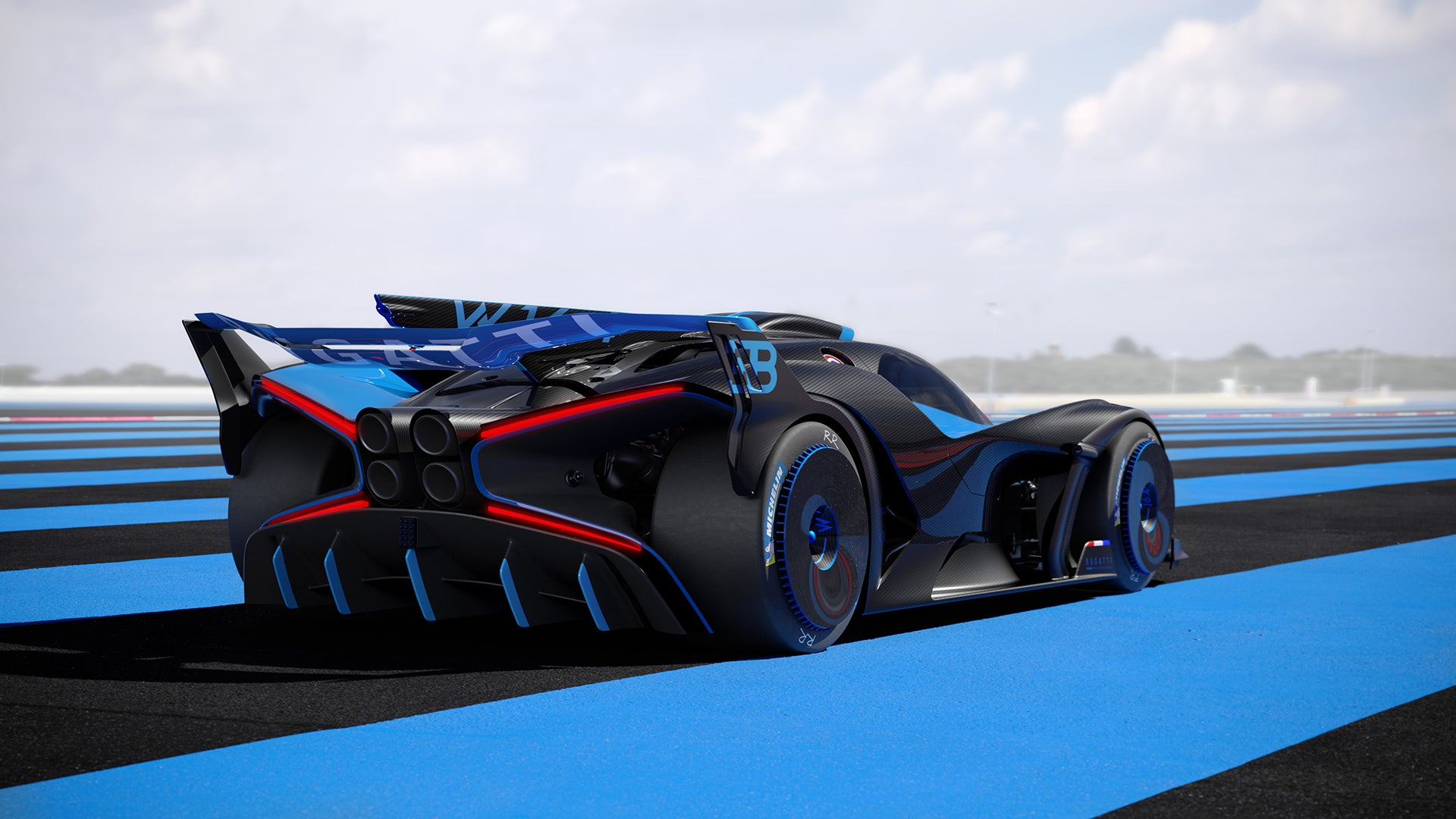 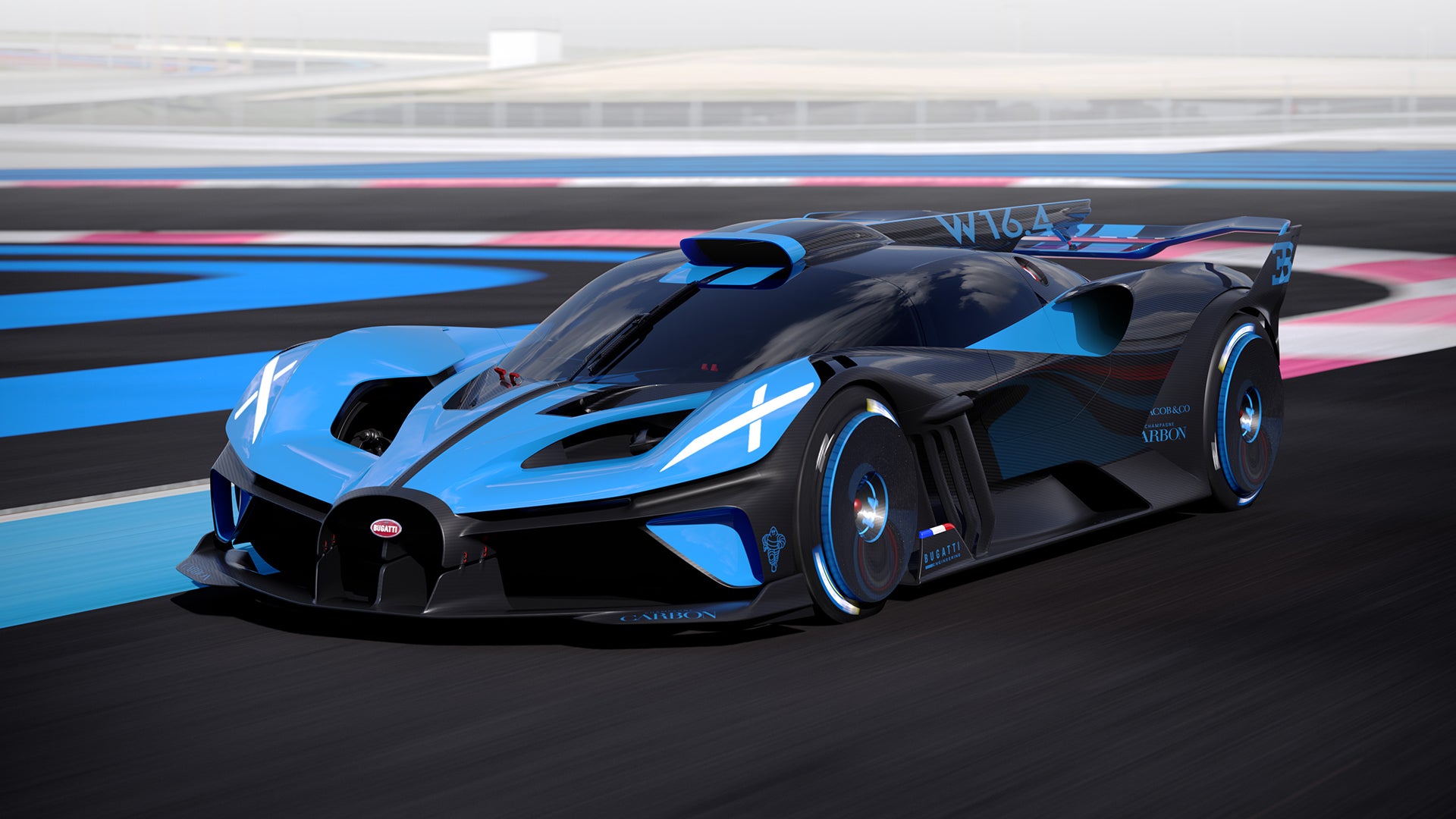 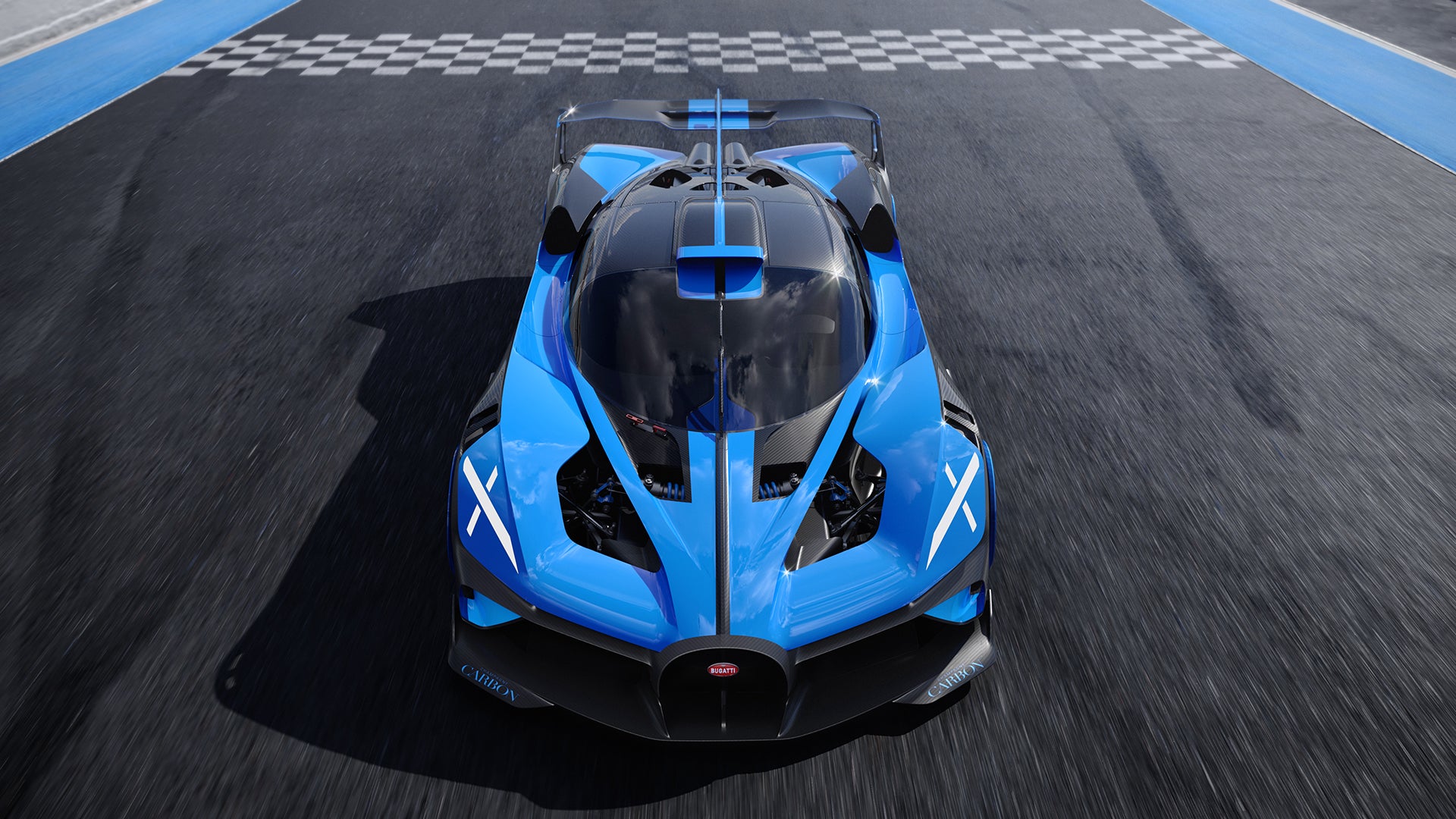 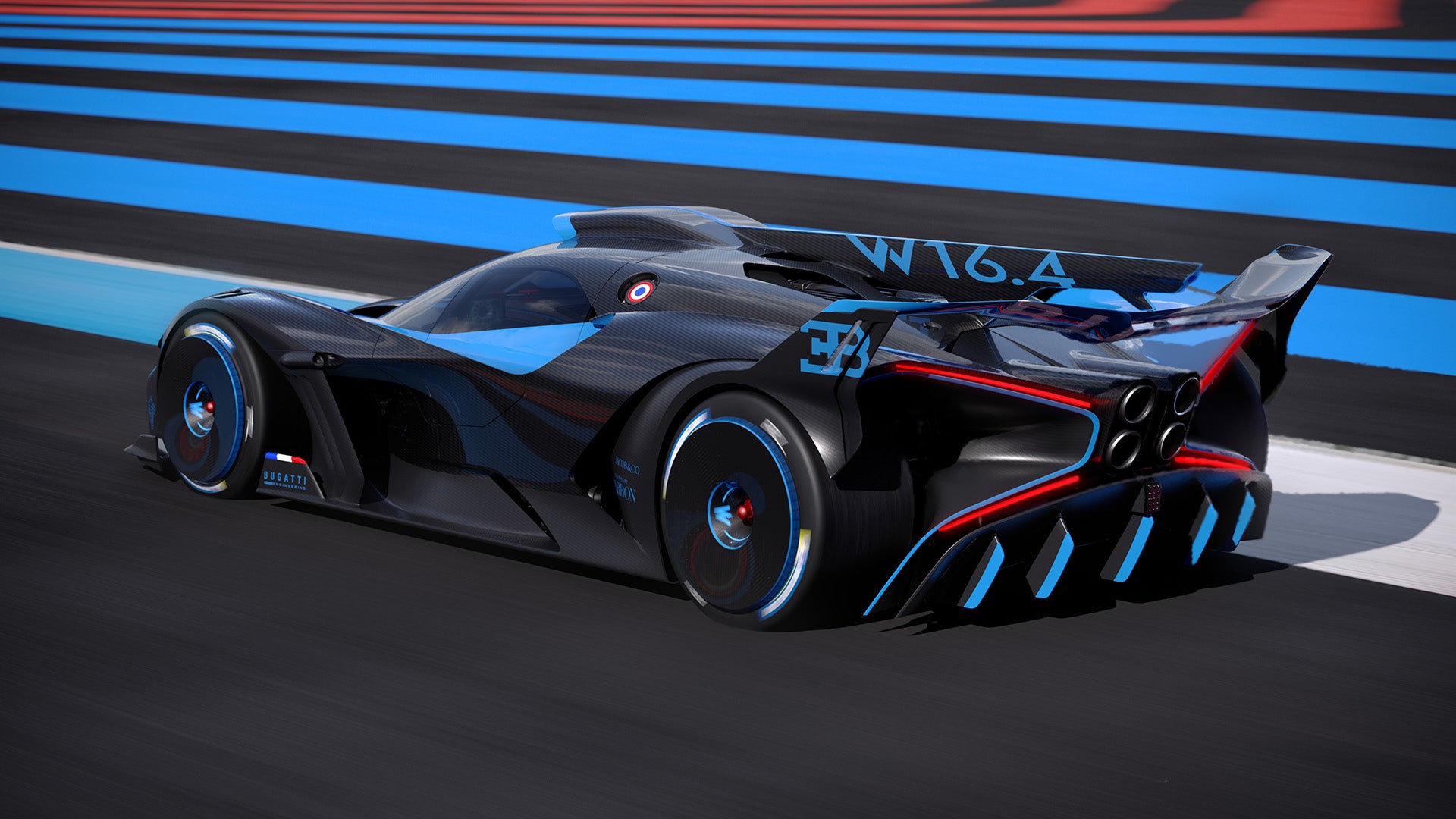 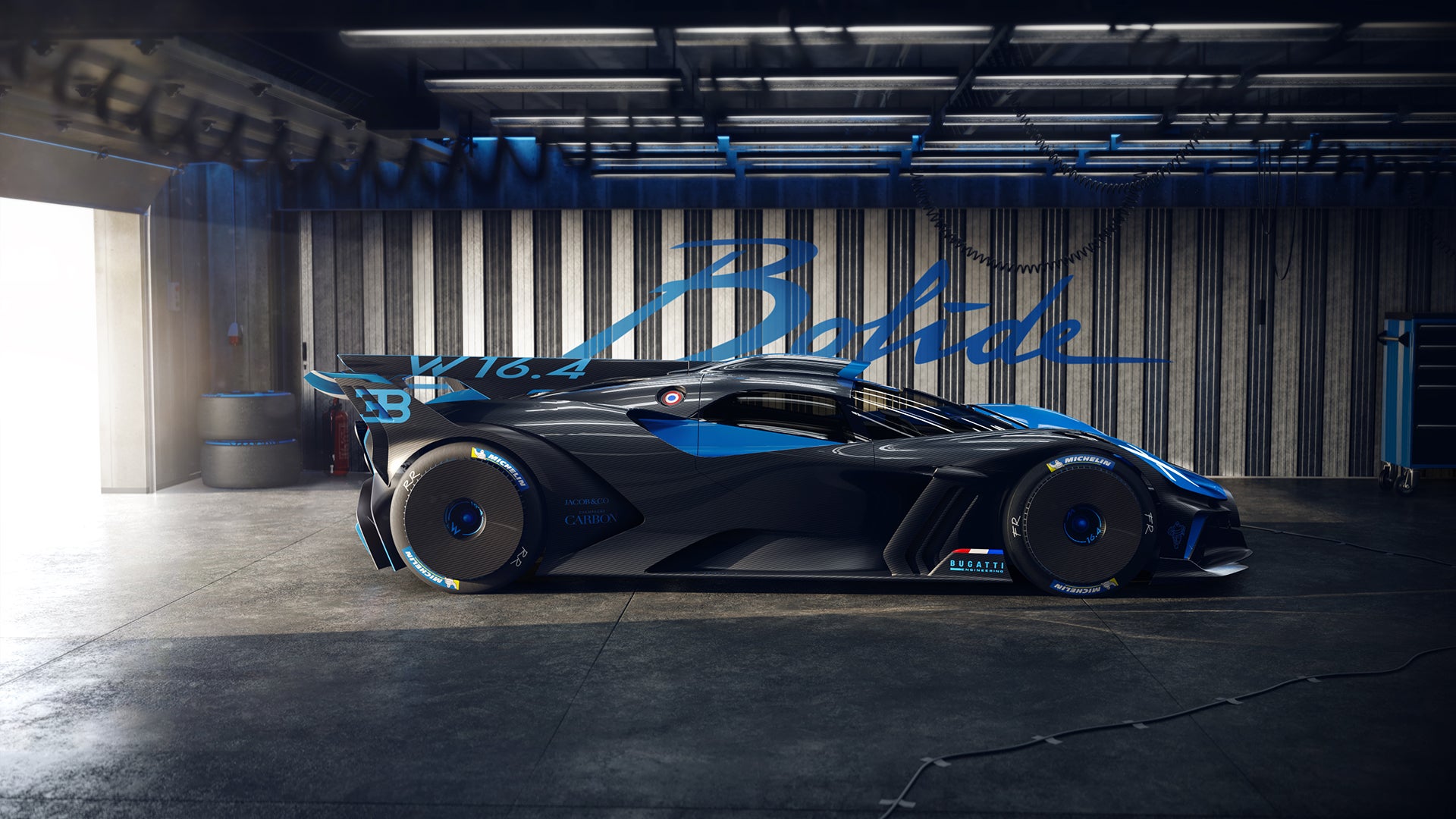 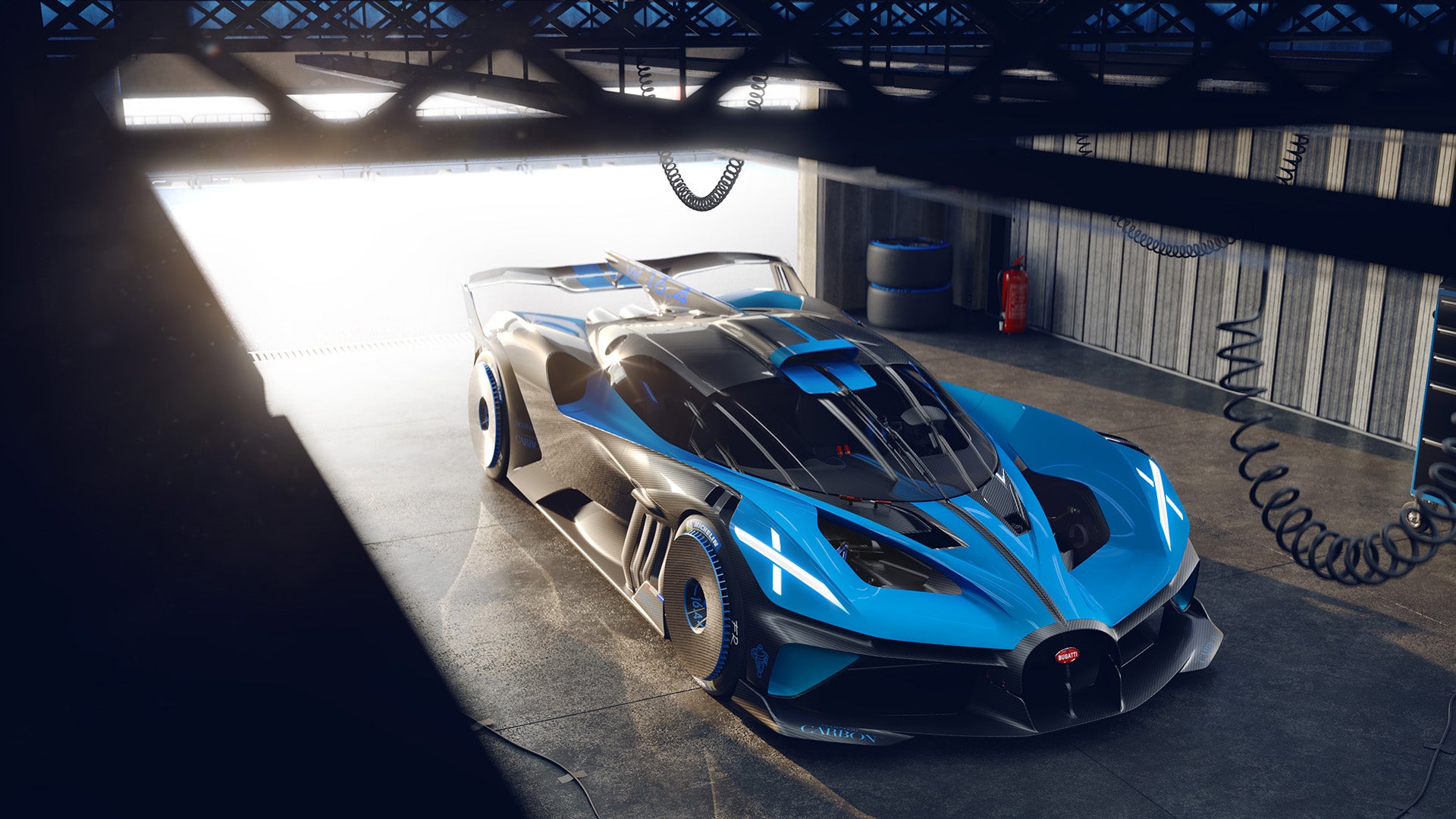 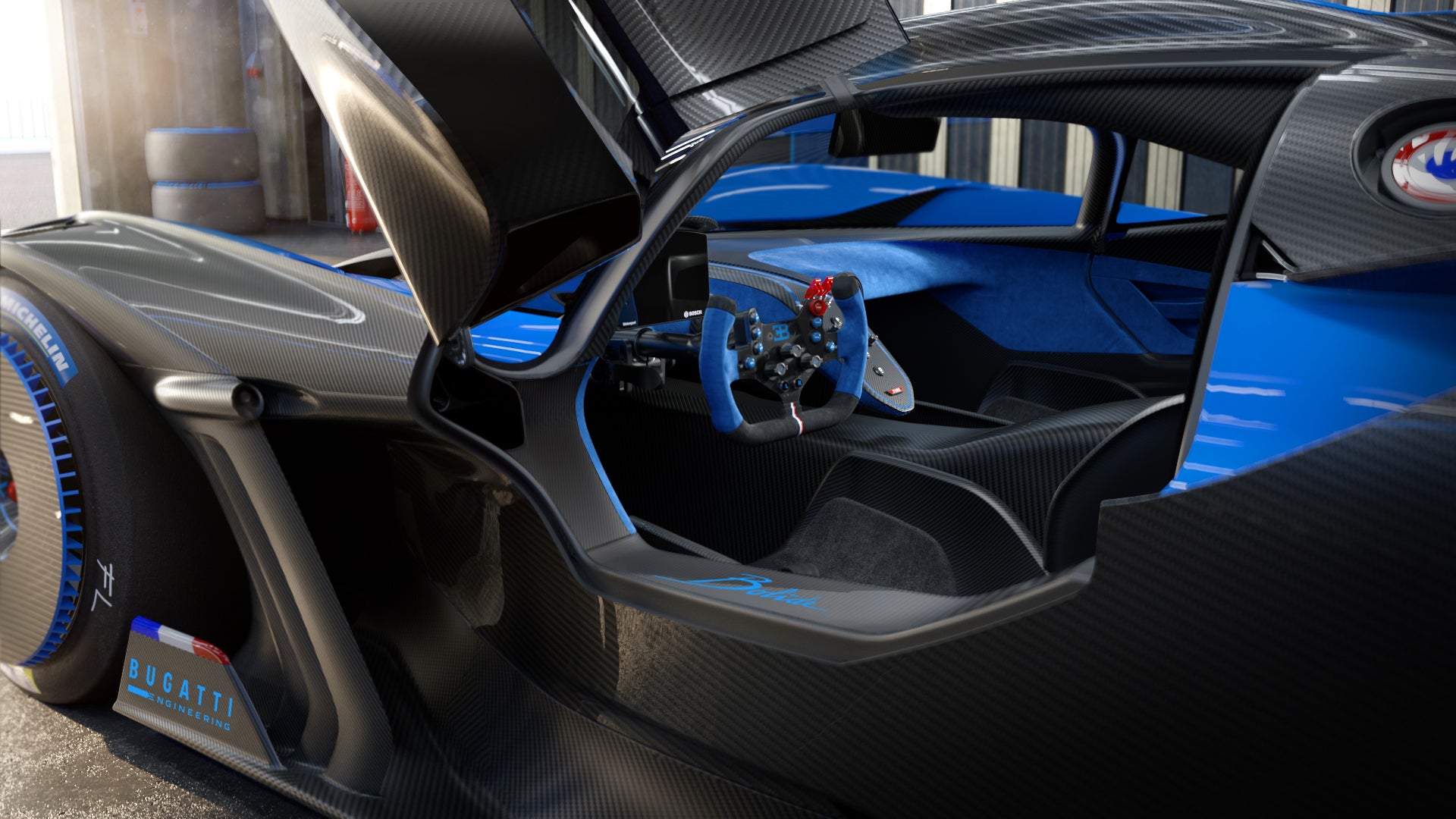