Travis Pastrana’s wild Subaru WRX STI is an extreme evolution of a rallycross car dialed up for Gymkhana 11, the tire-shredding YouTube extravaganza in which Pastrana sends it through his home town of Annapolis, Maryland. In order to top the previous performances by a certain Mr. Ken Block, chief designer Jonathan Carey had to come up with a Subaru that “looks like it’s doing 1,000 mph standing still,” yet can also complete huge jumps without nosediving into the ground on landing.

Then, there’s the downforce package that at first glance may look like it’s all for the high-speed cameras, yet according to Bertrand Vallat and Chris Yandell—technical director of Subaru Motorsport USA and vice president of Vermont Sportscar, respectively—will also help the car stay level, even when sliding sideways at high velocities. To achieve this, the team built an accurate 40-percent scale model with functional steering and suspension, ready for an extensive wind tunnel session.

On this advanced rolling road, Subaru’s new Gymkhana car model could even be lifted up to simulate how it does when in flight, which is crucial for Travis Pastrana’s stunt show. 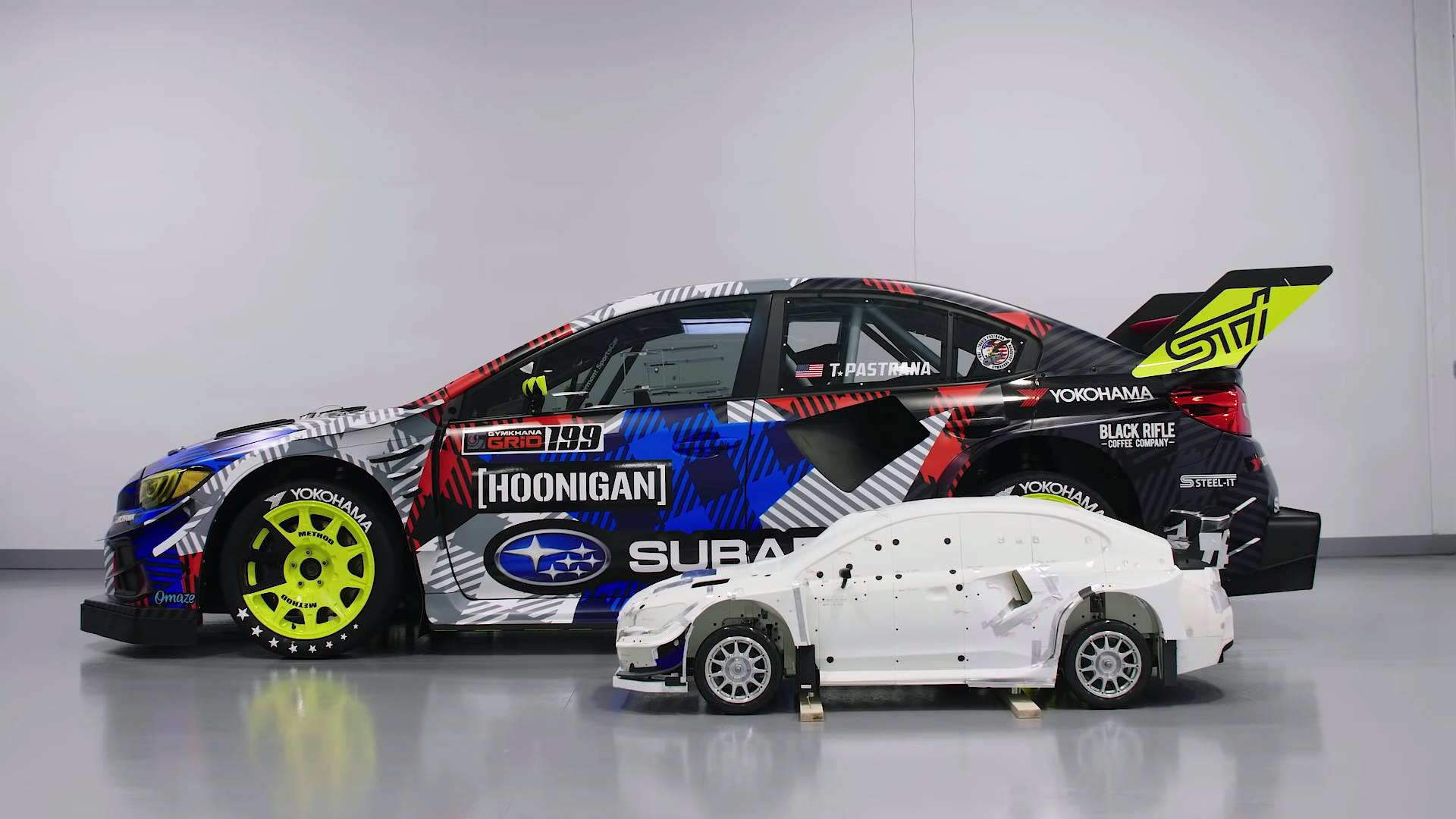 With the resulting aero package featuring multiple add-ons such as the upper and lower diaplanes, stacked fender winglets all made of carbon fiber, a massive rear diffuser and a two-stage wing that can level this car mid-air to avoid a Dukes of Hazzard-style landing, this insane Subaru WRX STI is all science, with perhaps just a little dash of TV madness for good measure.

Gymkhana 11 drops today, featuring the 2022 Subaru BRZ along with multiple sets of melting Yokohamas. All the tire smoke shall help us understand how the air goes…

Got a tip on other wild Subarus? Send us a note: [email protected]