We love a good cargo van here at The Drive and to make sure the tall cargo haulers survive in a post-gasoline society, Ford is introducing the 2022 E-Transit, North America’s first all-electric cargo van from a full-line automaker. Made with business and fleet buyers in mind, the E-Transit was seemingly tailored to make the transition into #electricvanlife as smooth and affordable as possible. It’s an electric Ford Transit. And that’s pretty much all most people will ever need or want to know about it.

For the business owners and fleet managers out there, though, the E-Transit is powered by an electric motor “targeting” 266 horsepower, 317 pound-feet of torque, and a maximum payload of 3,800 pounds for the cargo vans while cutaway and chassis van versions will aim to carry up to 4,290 pounds. The 67-kWh battery located underneath the body is said to be good for an estimated 126 miles of range in the low-roof cargo van configuration, a number Ford says was determined after observing more than 30 million miles of customer data, studying the distance-related needs of fleet users, and learning that the average trip is just 74 miles long. 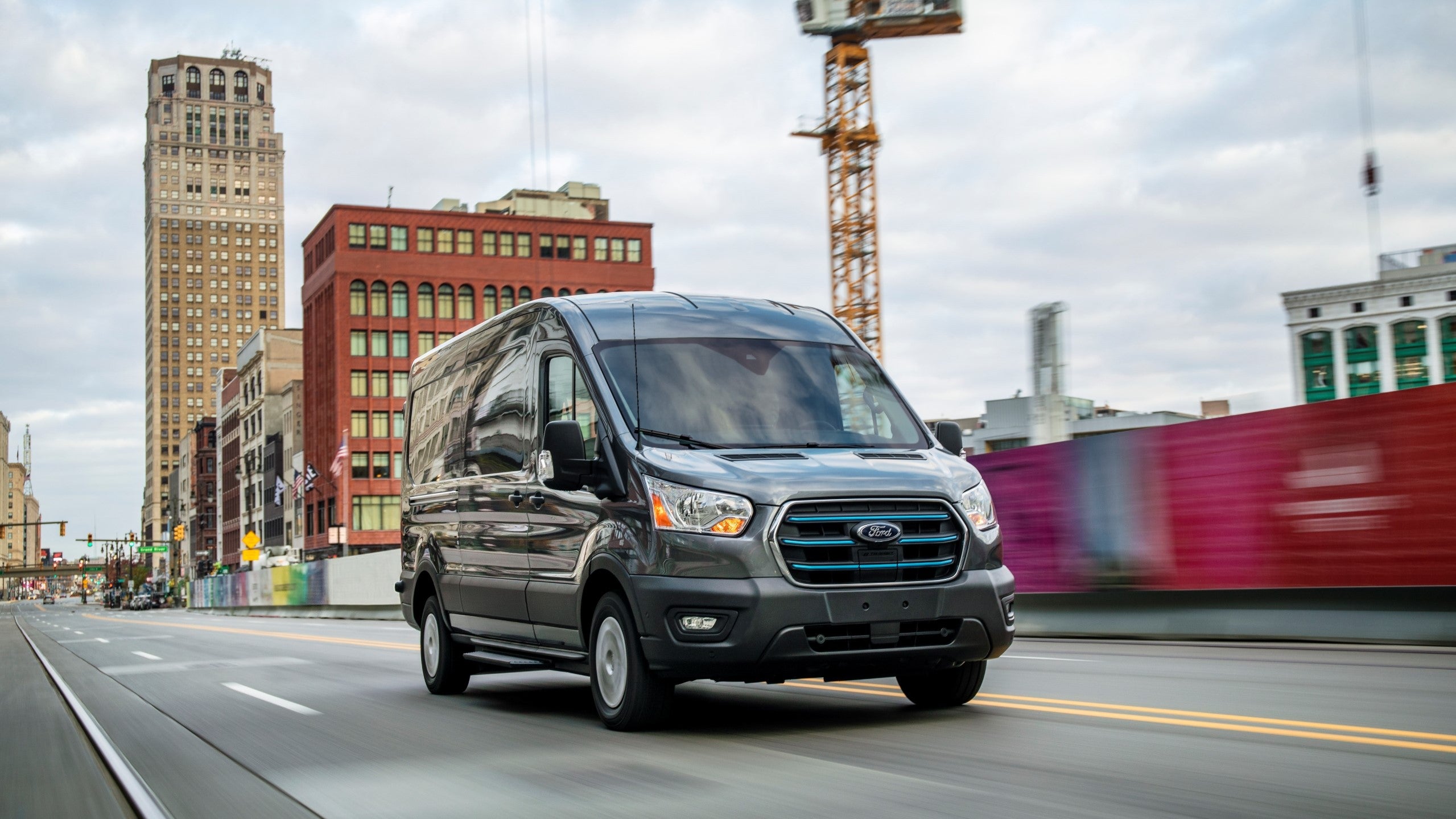 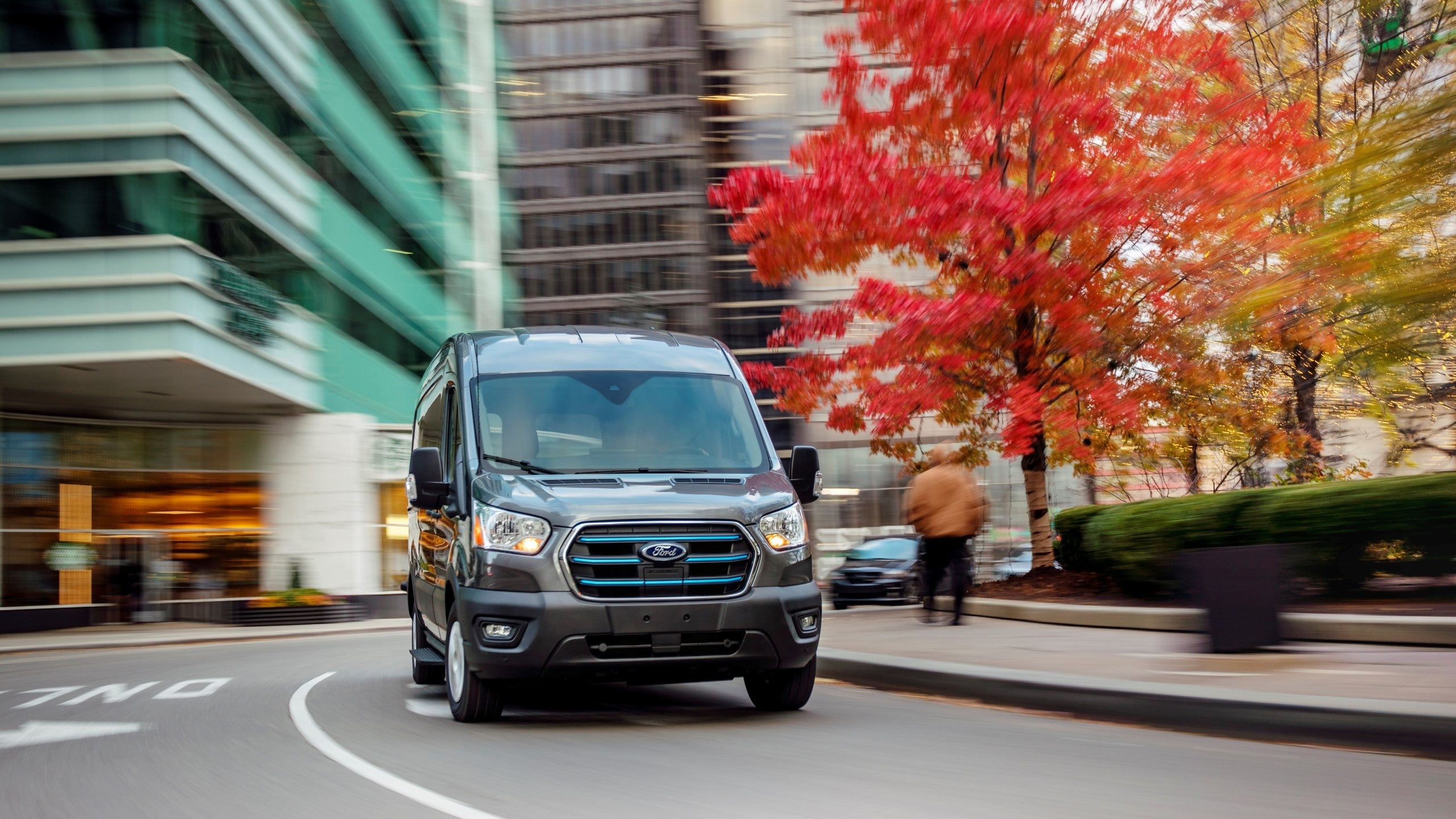 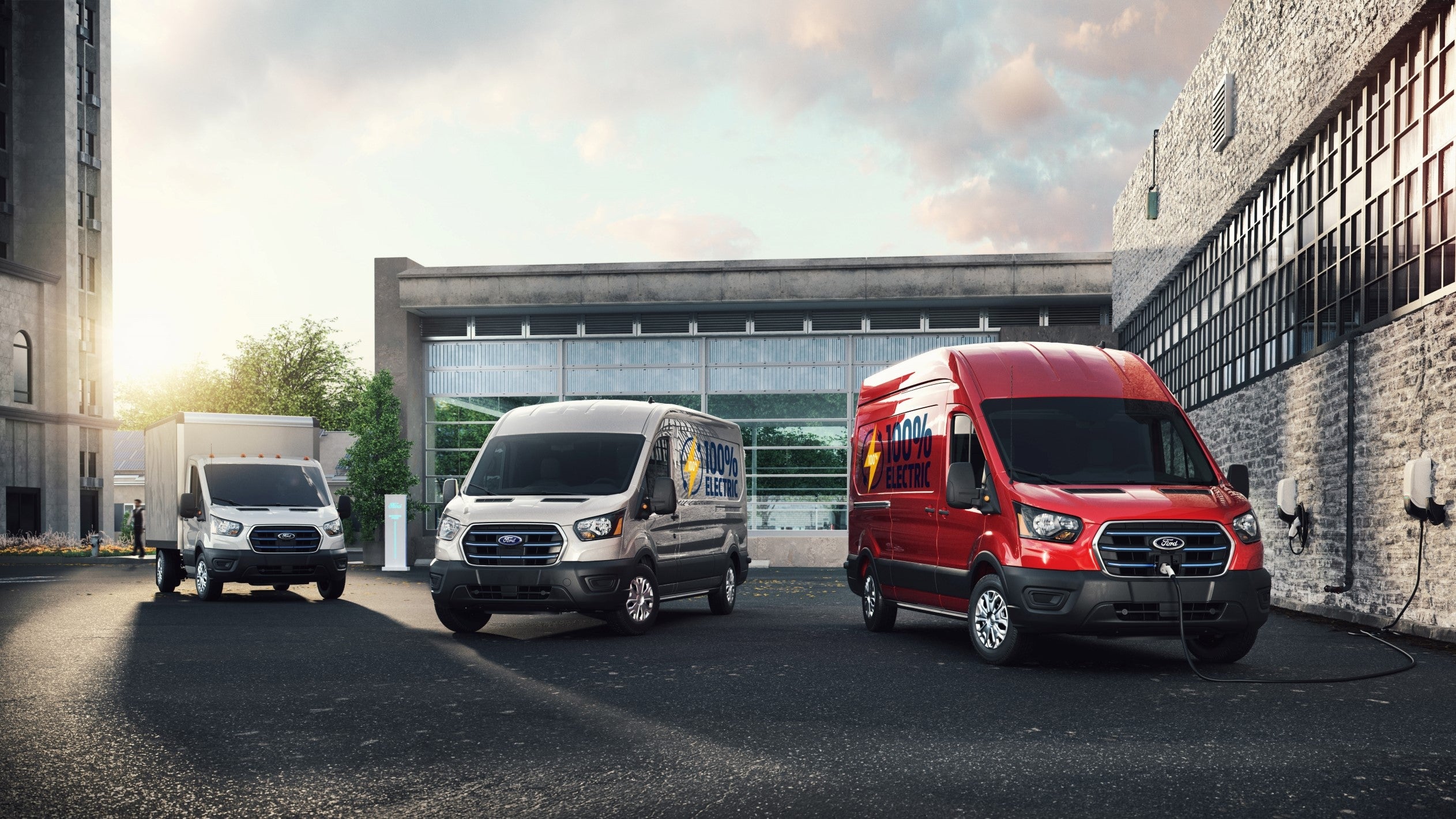 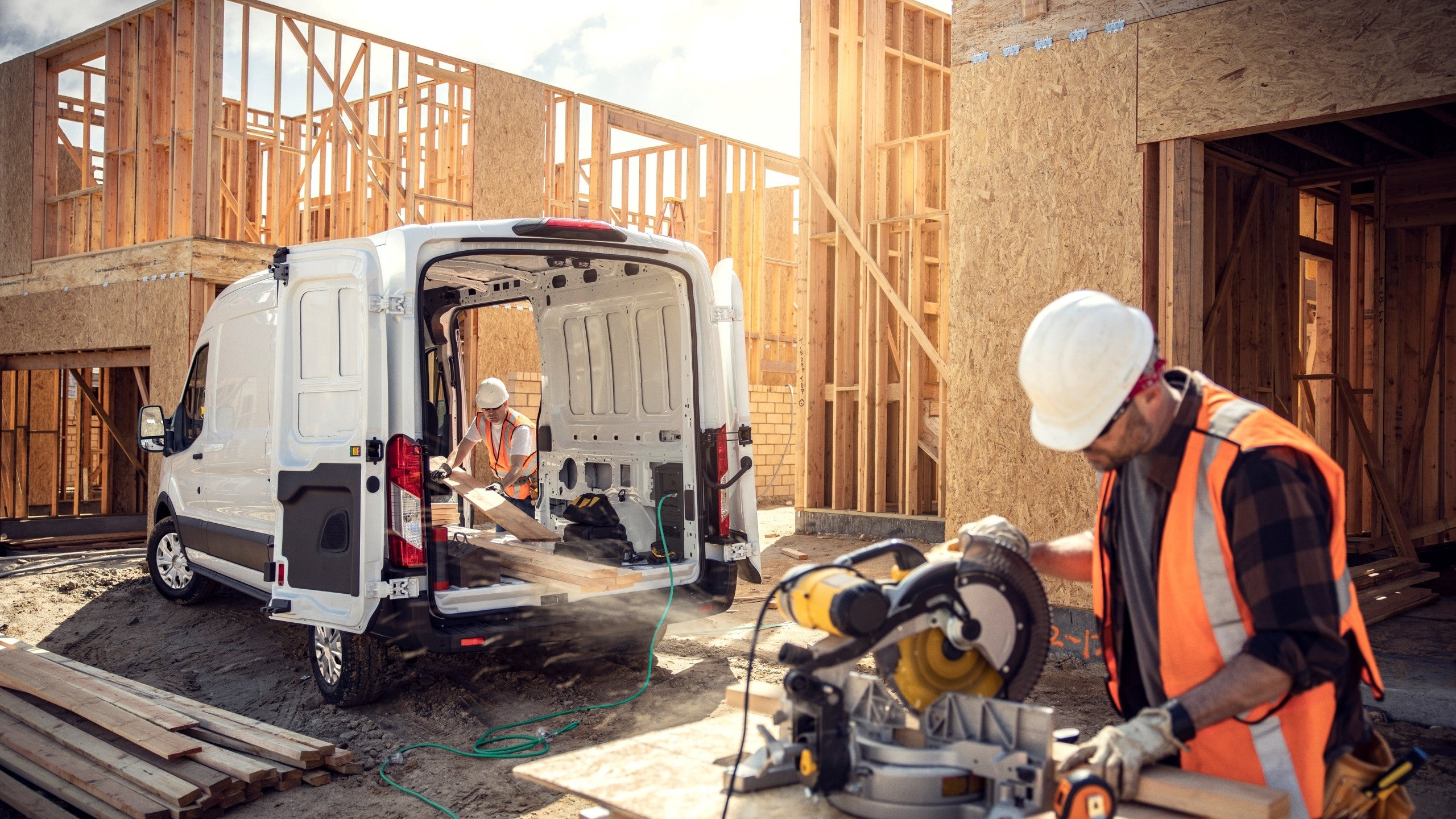 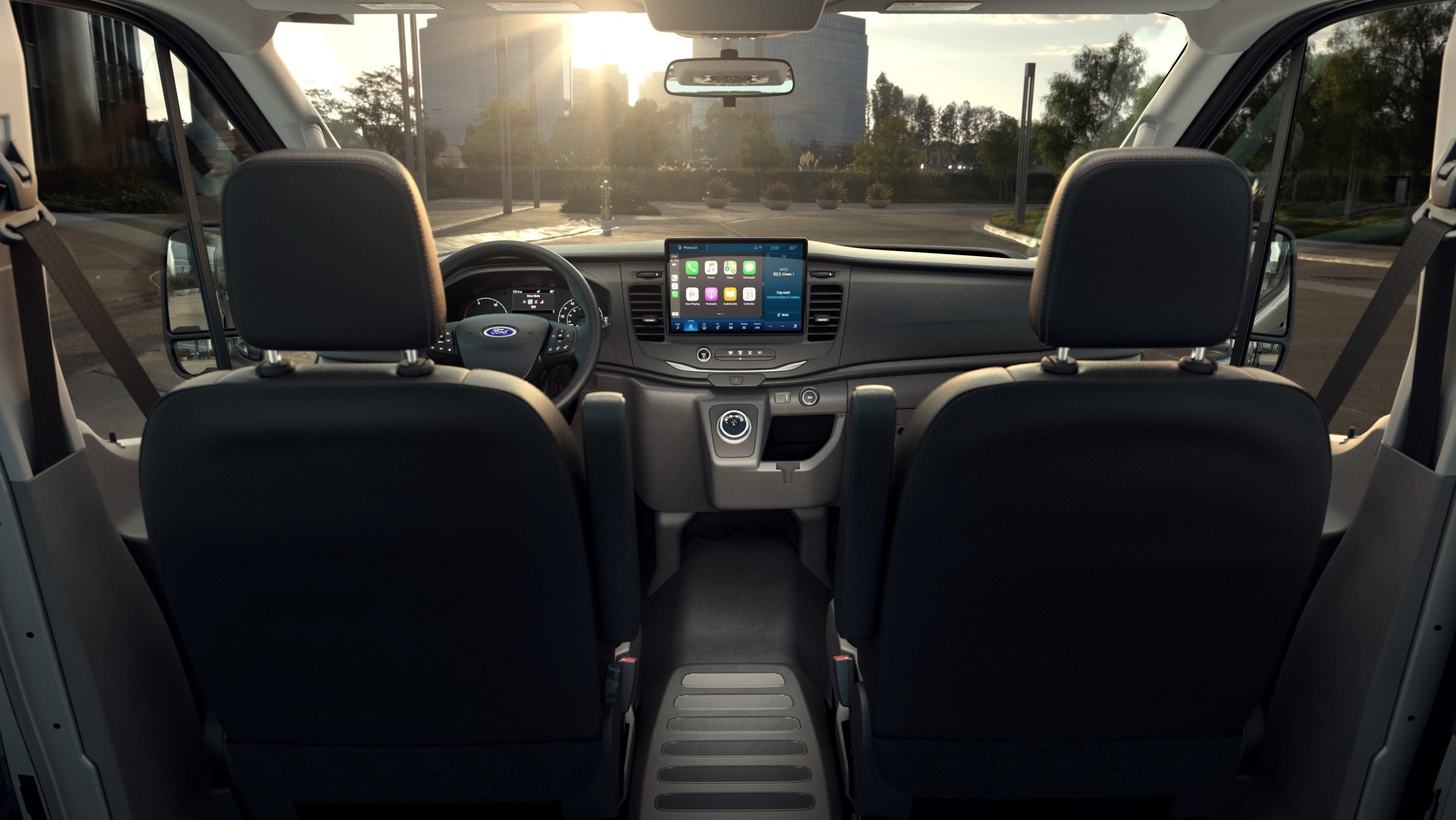 In the interest of offering an E-Transit to a wide set of budgets and applications, the all-electric Transit will come in eight different configurations, three roof height options, three length options, as well as chassis cab and cutaway versions. Boasting the same interior dimensions and mounting points as the regular gas Transit, the E-Transit delivers up to 487.3 cubic feet of cargo space when equipped with the high roof and extended wheelbase while upfitting those insides for your specific company/job should be relatively painless.

In addition to the forward-thinking propulsion, Ford is also delivering the E-Transit with advanced tech when it comes to fleet management. The Ford Telematics app and web tool makes sure your fleet of E-Transits are continuously connected and lets fleet managers monitor energy-related metrics like kWh consumption, charge speed, and distance-to-empty. A massive 12-inch touchscreen in the center console runs standard Sync 4 while remote cabin pre-conditioning adjusts cabin temperatures while charging to optimize battery efficiency.

When it comes to charging Ford’s e-van, both AC and DC fast charging are standard as is a Ford Mobile Charger that can be plugged into 120- or 240-volt outlets. An optional Ford Connected Charge Station home charger can be had which Ford says can fully charge the E-Transit in eight hours. From the press release: “On a 115-plus-kW DC fast charger, E-Transit cargo van low-roof models can achieve approximately 30 miles of range in 10 minutes and approximately 45 miles of range in 15 minutes. When plugged into a 240-volt outlet, E-Transit cargo van low-roof models achieve approximately 10 miles per charging hour using the Ford Mobile Charger. Employing a Ford Connected Charge Station brings the number up to approximately 15 miles per charging hour.” 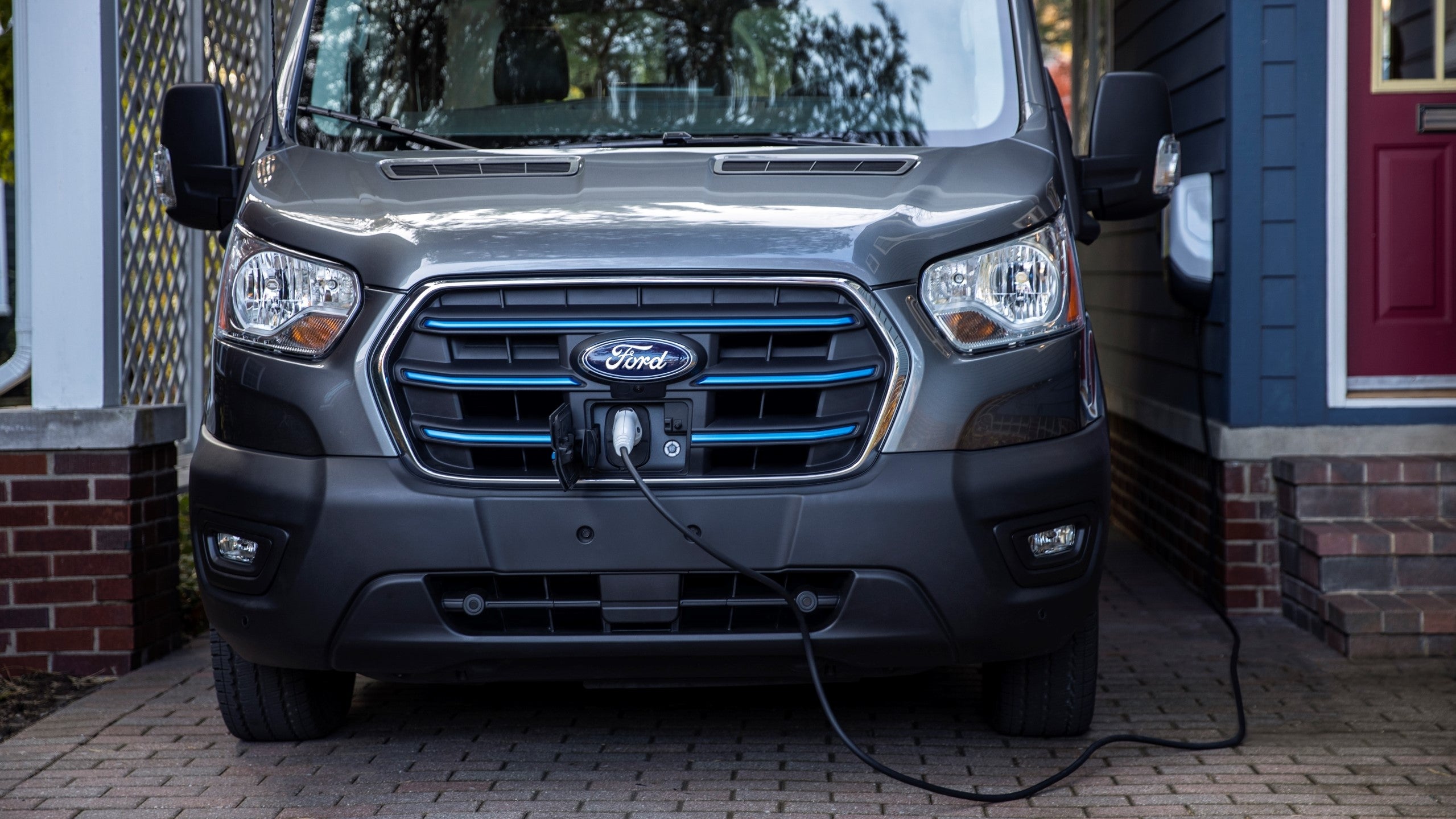 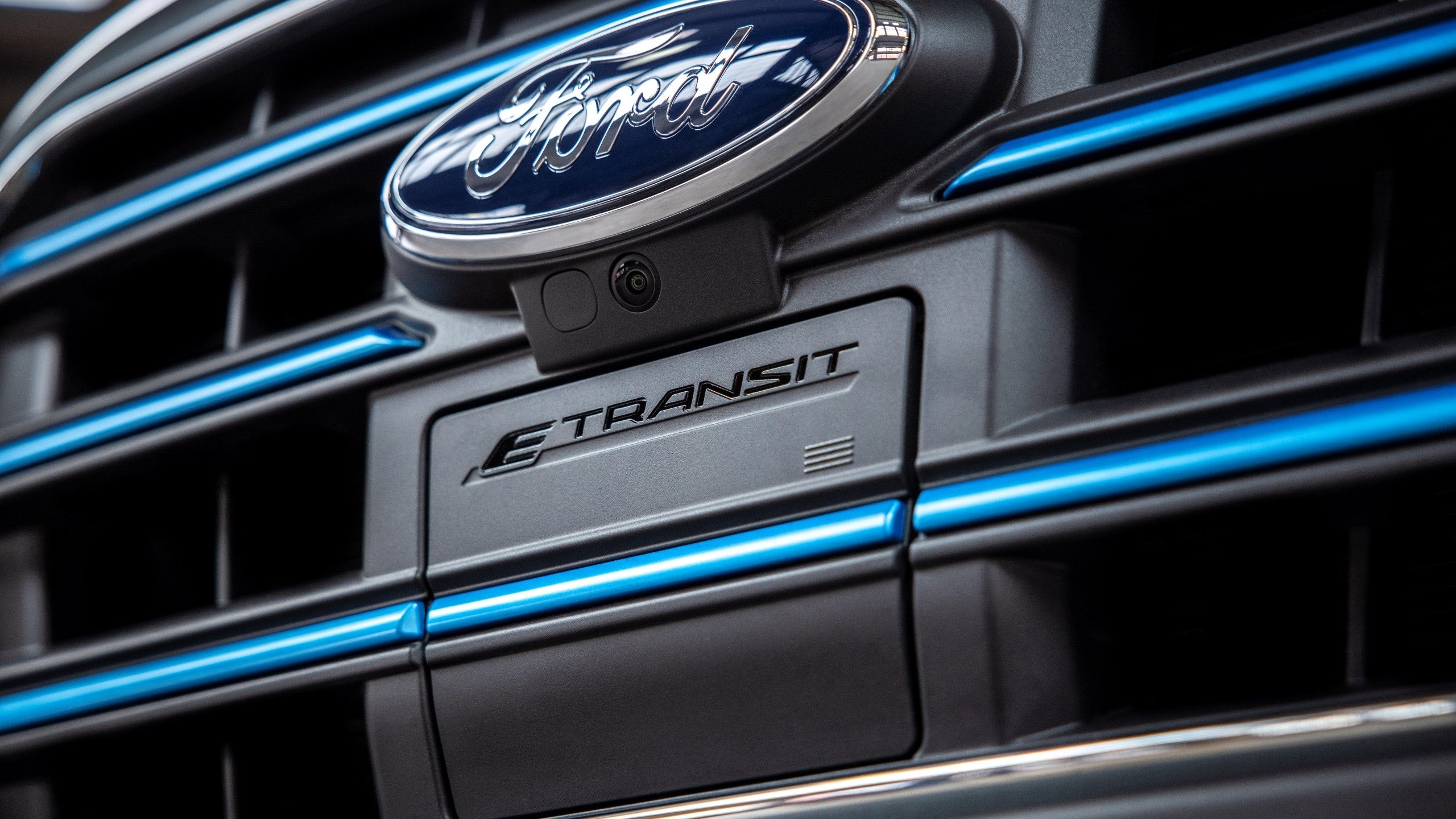 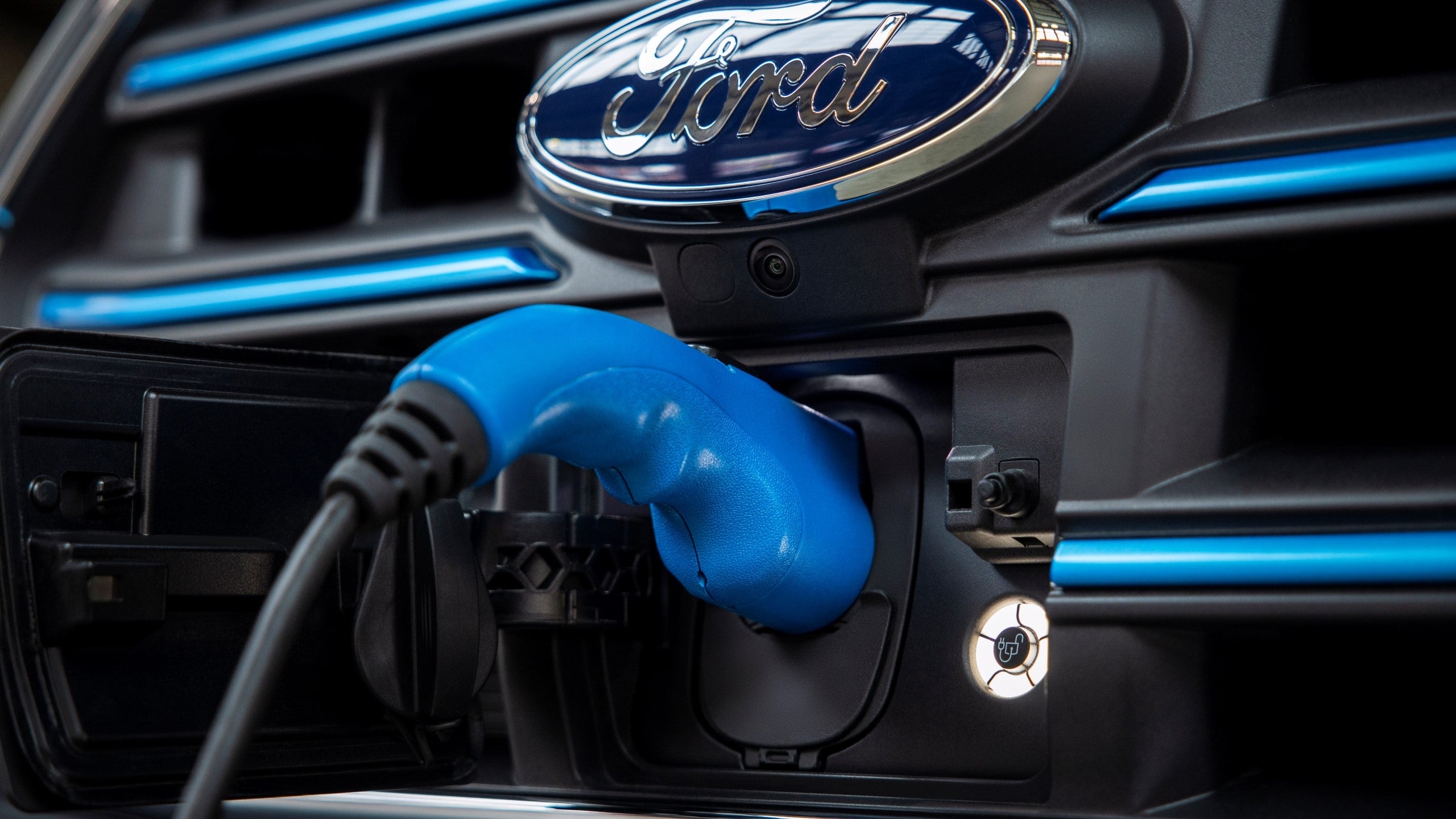 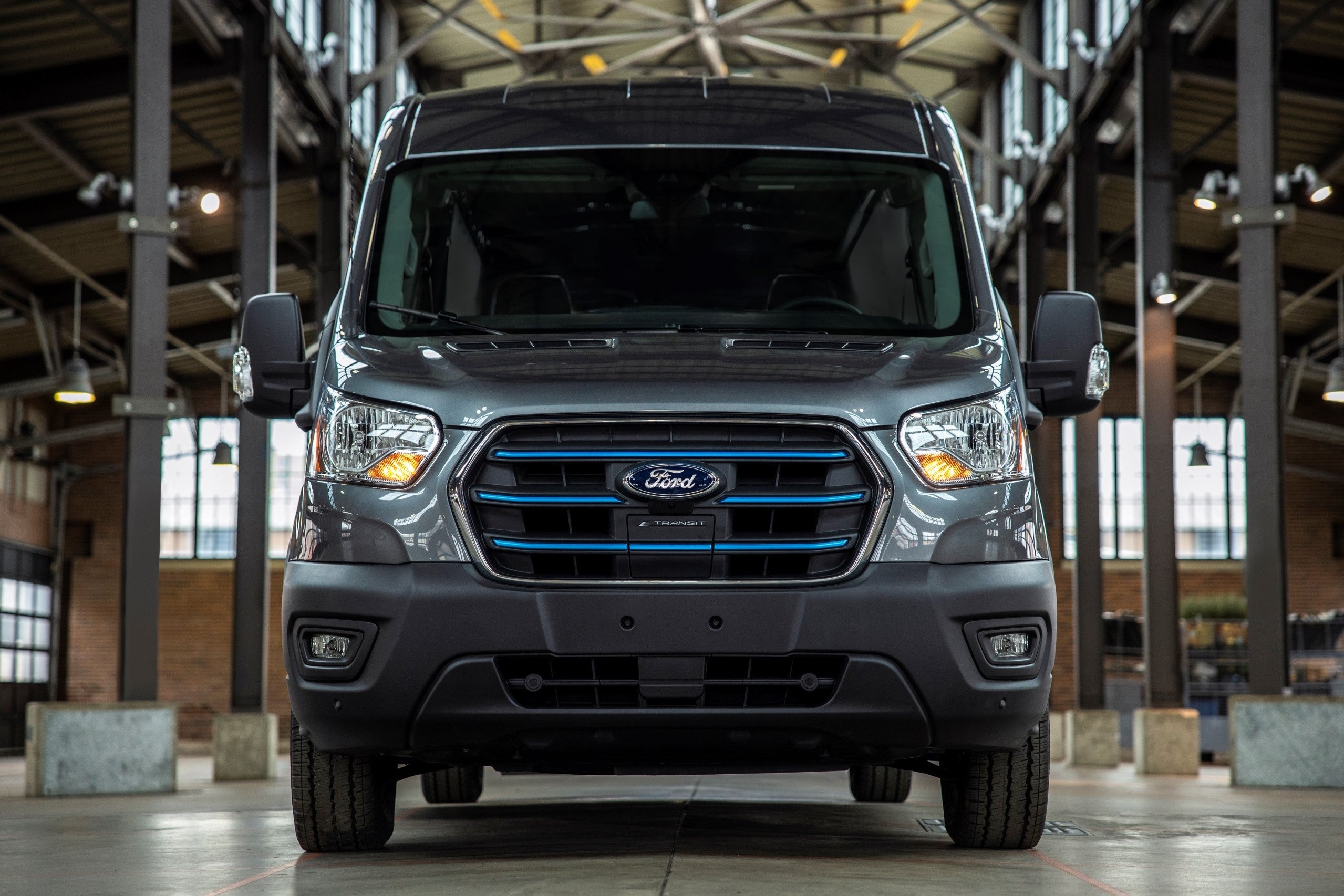 Because Ford knows the E-Transit itself won’t be the only thing on the jobsite that requires charge, the van can be had with an optional Pro Power Onboard generator which provides up to 2.4 kW of juice.

Ford also knows that for business buyers, cost of ownership is key. Not only does the E-Transit cut fuel out of the equation but it also promises to be cheaper to maintain with the company touting 40 percent lower scheduled maintenance costs compared to an equivalent gas-powered Transit over the E-Transit’s electric vehicle component warranty period of eight years or 100,000 miles.

If all this sounds enticing, the Kansas City-built 2022 Ford E-Transit will start at under $45,000 and arrive late 2021. Here it is posing with an all-electric F-150 prototype and the Mustang Mach E. While the Mach E is set to arrive later this year, the electric F-150 will apparently come to dealerships mid-2022.