Earlier in the year, my colleague Peter Holderith tested the CVTastic 2021 Nissan Sentra and came away… well, less than impressed, to put it politely. This was surprising because as much as we auto journos like to talk shit day in, day out, truth be told, genuinely bad cars in this day and age are a rarity. So, I wanted to see for myself just how bad the Sentra was.

And after a few days with it, I came to the conclusion that, yes—its ability to compete with segment leaders like the Honda Civic and Mazda3 is questionable, especially if you get a more expensive, generously optioned model. But the 2021 Sentra can, in fact, still be a genuinely good car—as long as you get it with a manual transmission. 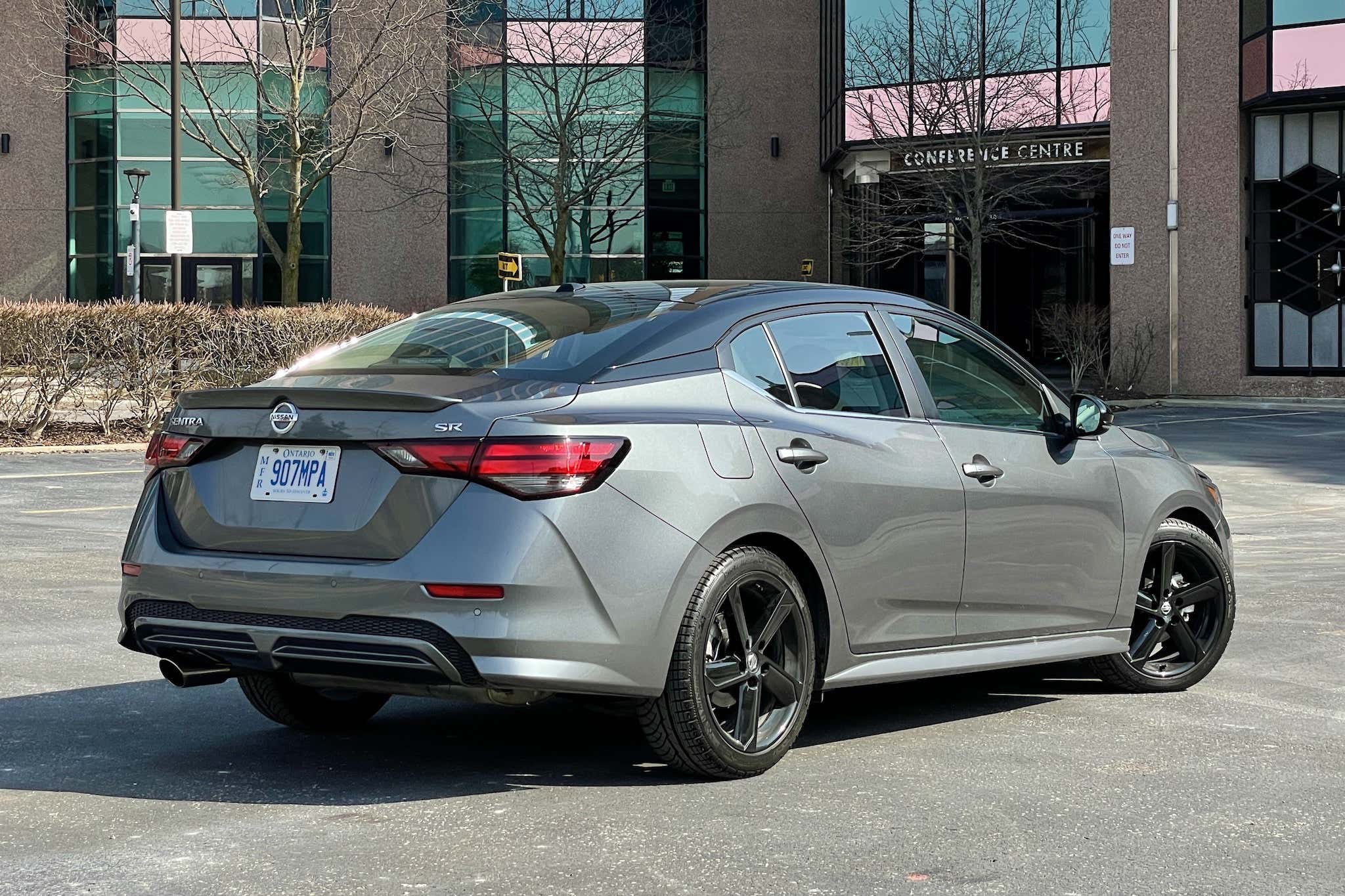 Yes, a manual. It definitely isn’t available in the U.S. but up here in the Great White North, Nissan Canada has, against all odds, blessed the Sentra with a six-speed manual transmission. This follows a long pattern of the Canadian market occasionally getting features or whole models unique from what our friends in America get, like the old Nissan Micra or the Mercedes B-Class. (If your American friend is a Honda stan and you really want to blow their mind, tell them about the Acura CSX sometime.)

The stick shift is the default on the base S trim and is an option on this sportier SR variant. And, funnily enough, the only Sentra press cars Nissan Canada had on its fleet happened to be of the three-pedaled variety.

What I discovered is that the manual Sentra isn’t just good because it eliminates that awful CVT, it’s good because the gearbox here is actually a pretty well-conceived manual transmission in its own right. With throws that are shorter than you might expect, the shift action here feels nice. It’s no Honda S2000 lever—nothing is, really—but the Sentra’s stick feels reasonably mechanical and tight. The clutch is light and perfect for first-time manual learners.

The shift knob itself is wrapped in leather and chrome and is a shape that feels good and sturdy in the hand. Nissan could’ve easily fitted this with a simple, nondescript plastic nub but it didn’t. It made an effort. And I like effort. 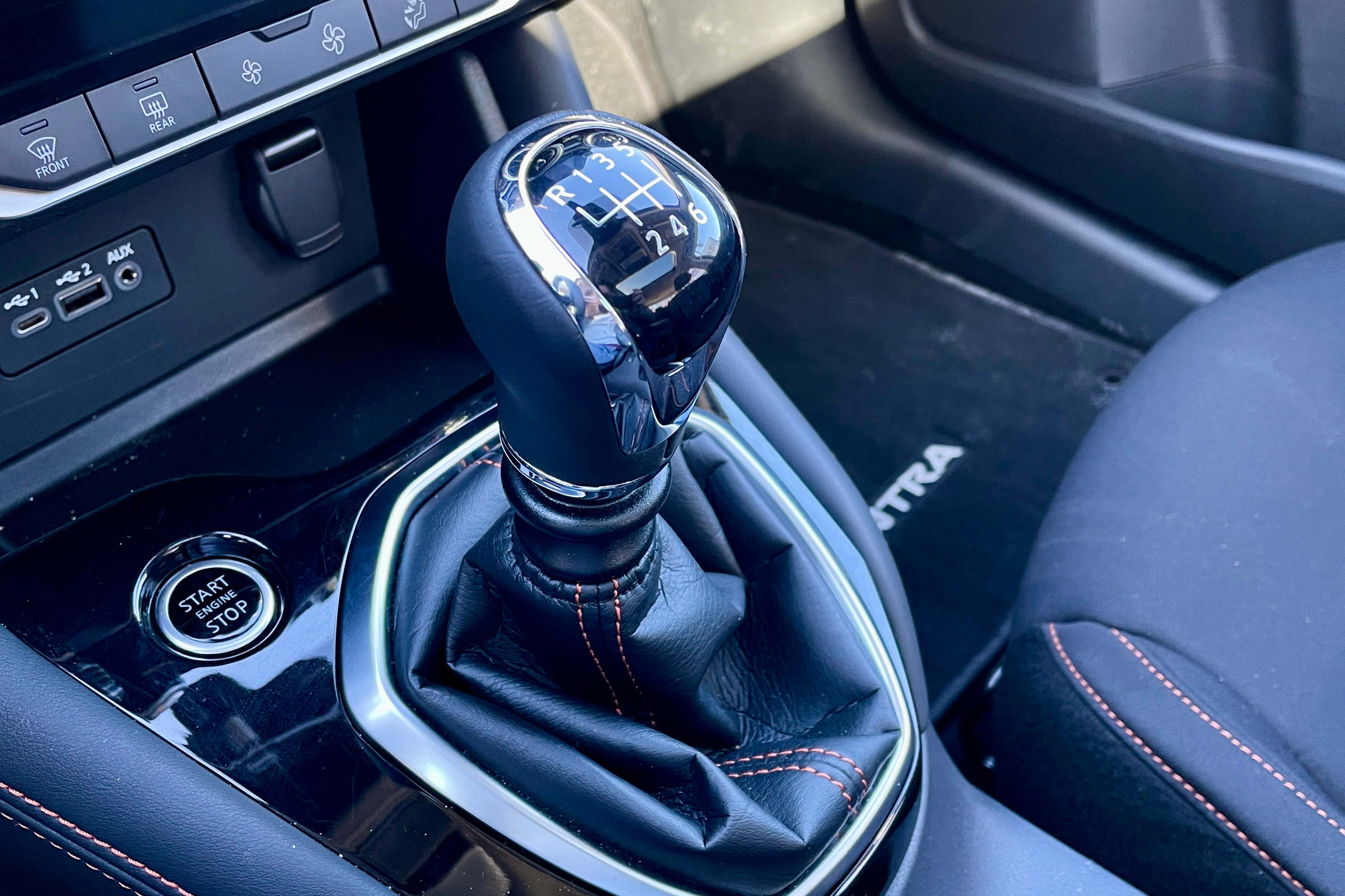 More than anything, though, the manual Sentra is the ideal Sentra because it really lets you enjoy the car’s surprisingly good steering and chassis. I had way more fun revving the little Nissan out and driving it like I just robbed a bank than I care to admit. It’s nimble, light, and turns in eagerly. It’s running an independent rear suspension, too, something the Mazda3 doesn’t even offer anymore. Objectively, the 149-horsepower Sentra is a slow car but being able to wind it out and slam it through the gears makes it feel a lot faster than it actually is. 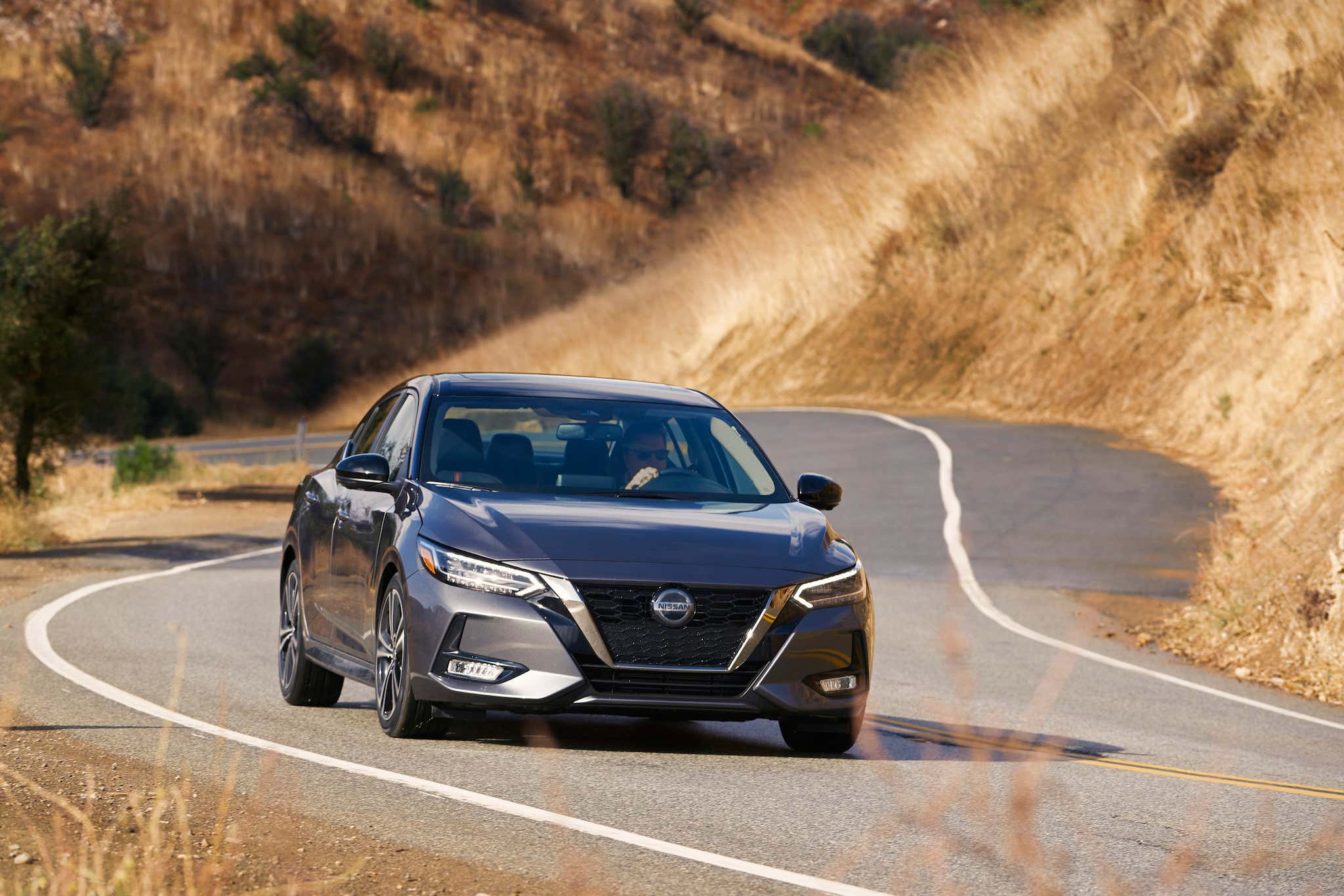 Nissan has a good base here and if the company ever decides to give this chassis and gearbox the more potent engine they deserve, a revived Sentra SE-R would be quite a thing to drive. Will it be as good as the Civic Si or sell well enough to justify the development cost? Probably not on both counts. But in the case of affordable, manual, gas-powered sport compacts, we’ll take every single new one we can get.