Many thought it’d be impossible without a helicopter, but they’ve done it—that Jeep Wrangler stuck on California’s Razor Ridge bike trail in a truly precarious spot has been recovered. Amazingly, no aerial antics were needed to yank the four-door JK off the cliffside and, instead, off-road ingenuity won out with the help of a local Jeep group. Rest assured, though—it wasn’t easy.

After seeing photos of the Wrangler’s predicament that were sent in by on-site readers, it’s even more amazing to see the feat completed. Both of the rig’s passenger-side tires were off the narrow trail with the steering wheel cranked left, and that’s where it sat for at least 36 hours. Passersby recorded the scene and sent it into The Drive, but as the day continued, the recovery effort grew. 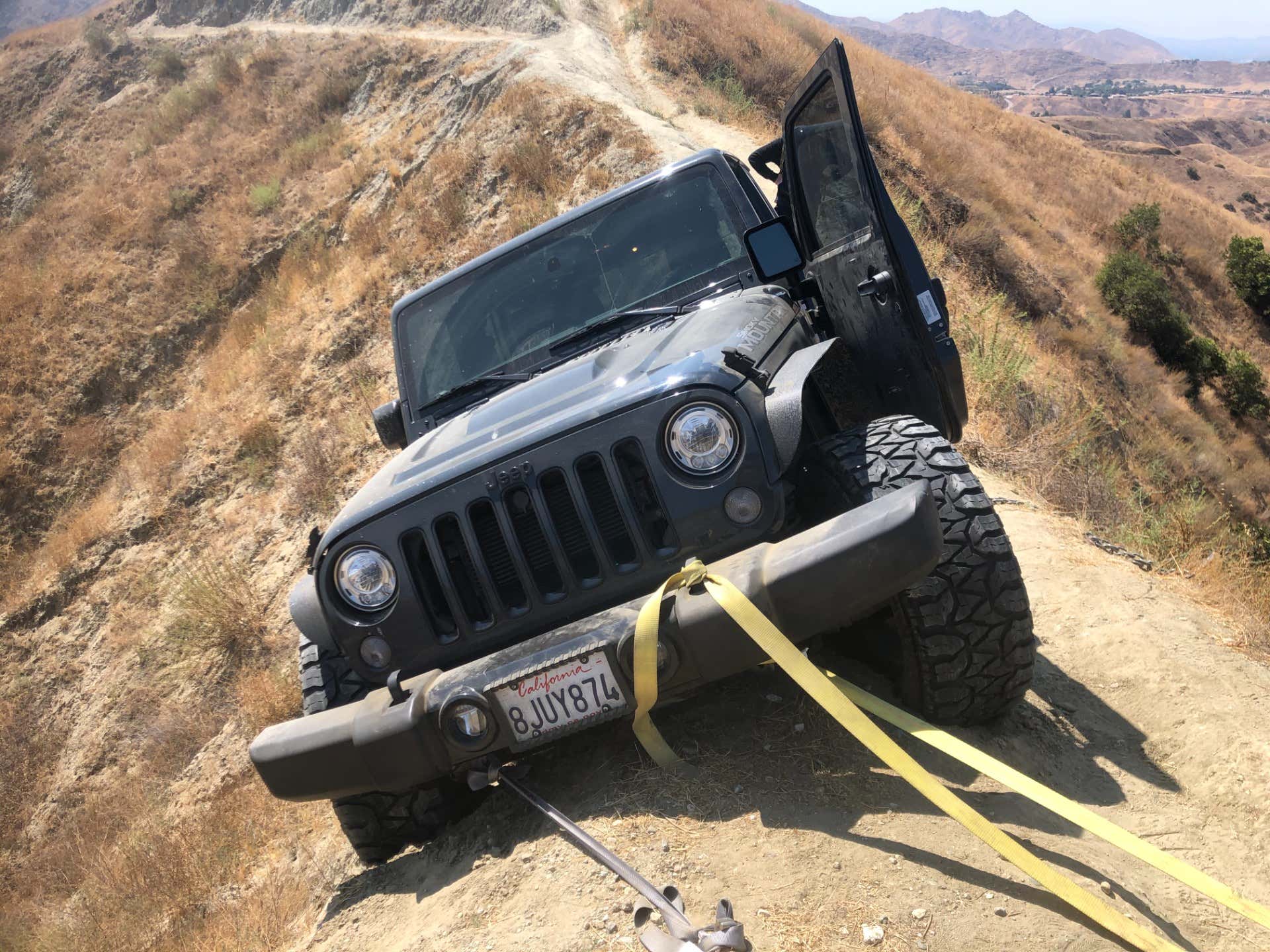 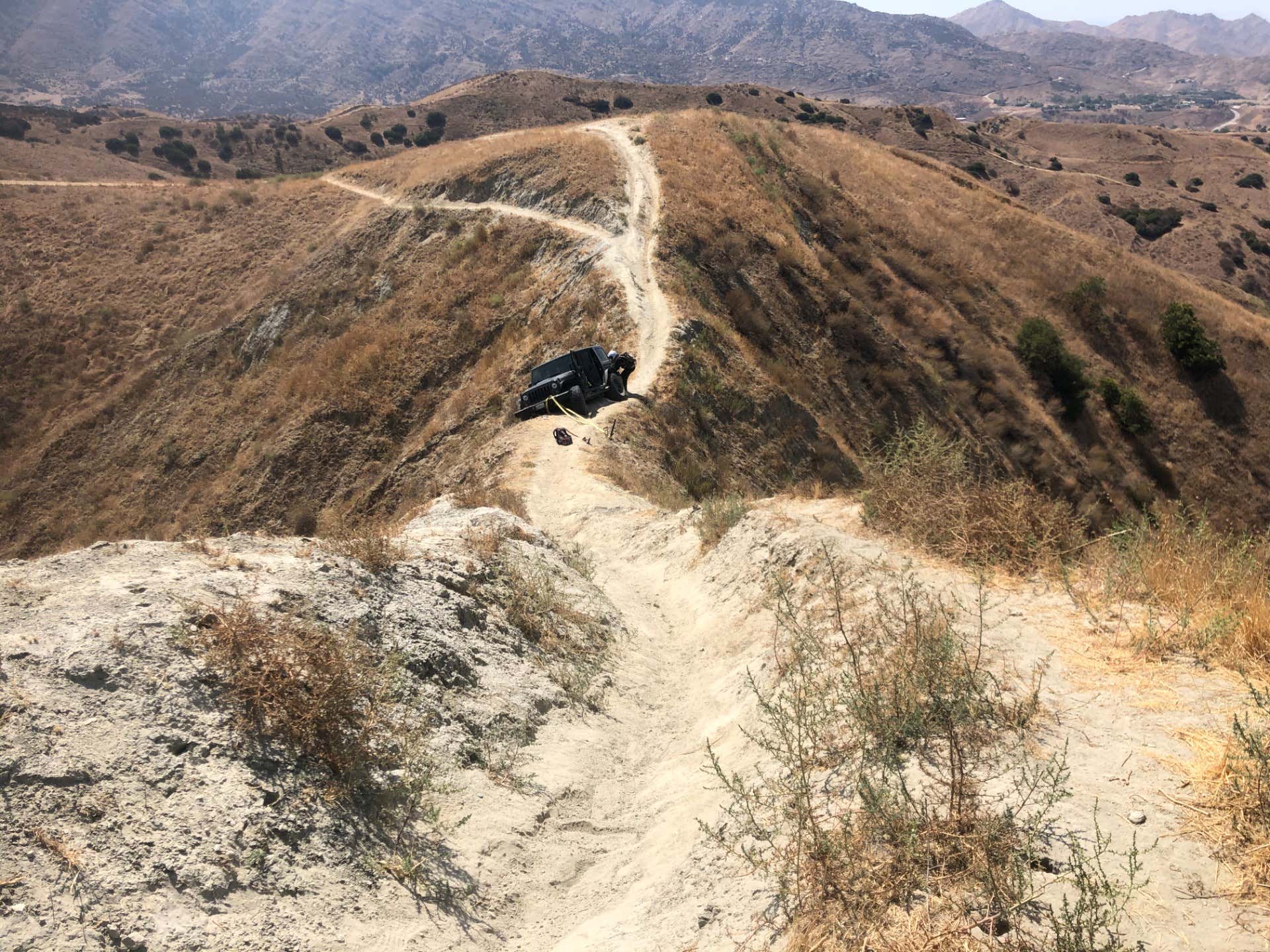 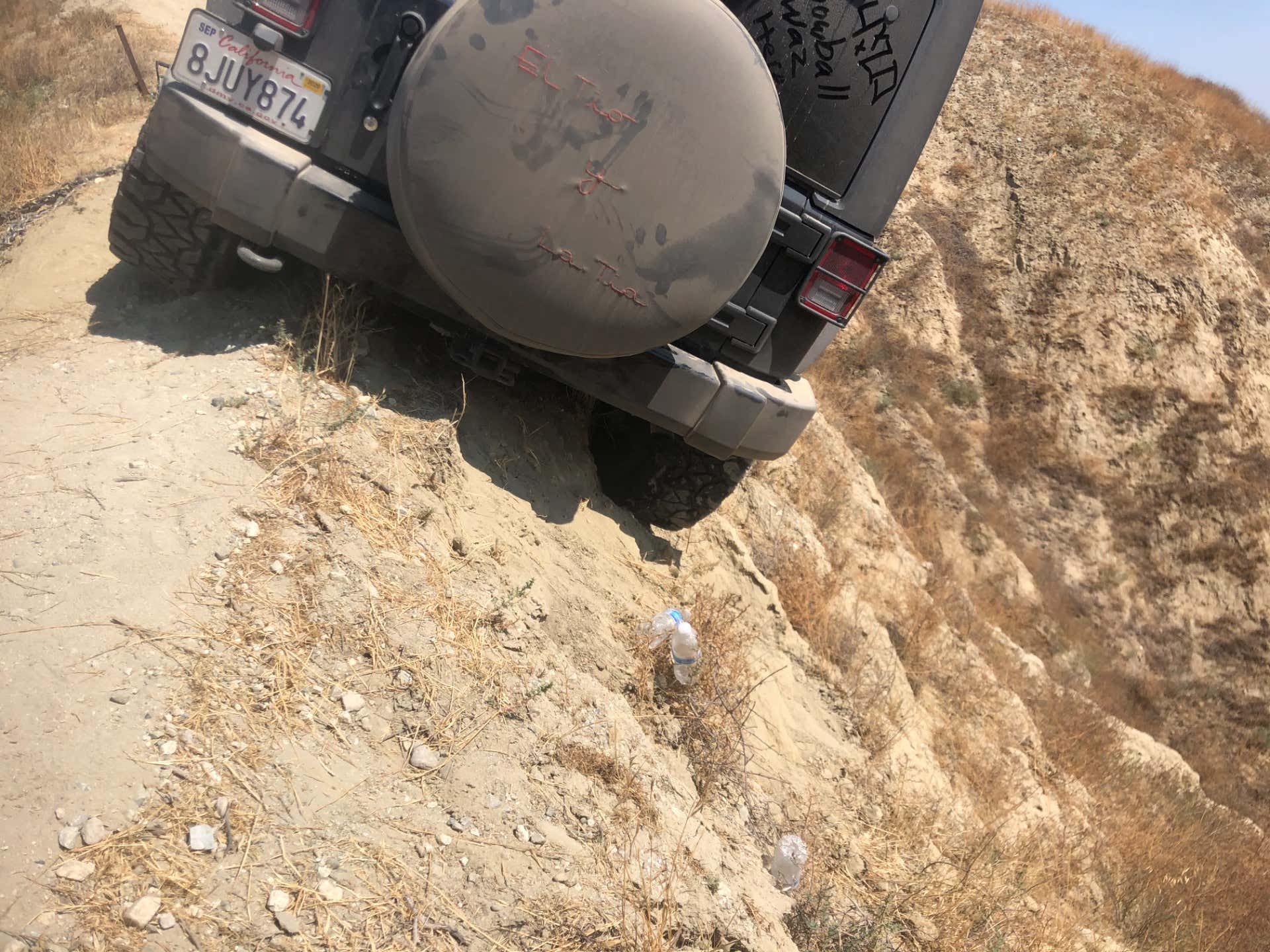 One video posted to Instagram showed what was supposedly a police helicopter surveying the area on Wednesday afternoon. It’s known that officers were in contact with the Jeep’s owner, as announced by Loma Linda mayor Phil Dupper. However, it wasn’t the police or any sort of law enforcement who surmounted the tough task.

A team of four-wheelers from the SoCal Jeep club turned up with shackles, straps and winches a few hours before sunset above the San Bernardino Valley. The fleet of kitted-out Wranglers is said to have driven up from the Reche Canyon side so as to approach the stuck Jeep from the same angle. With the crew behind, they hooked up a series of straps to the black JK’s front bumper. 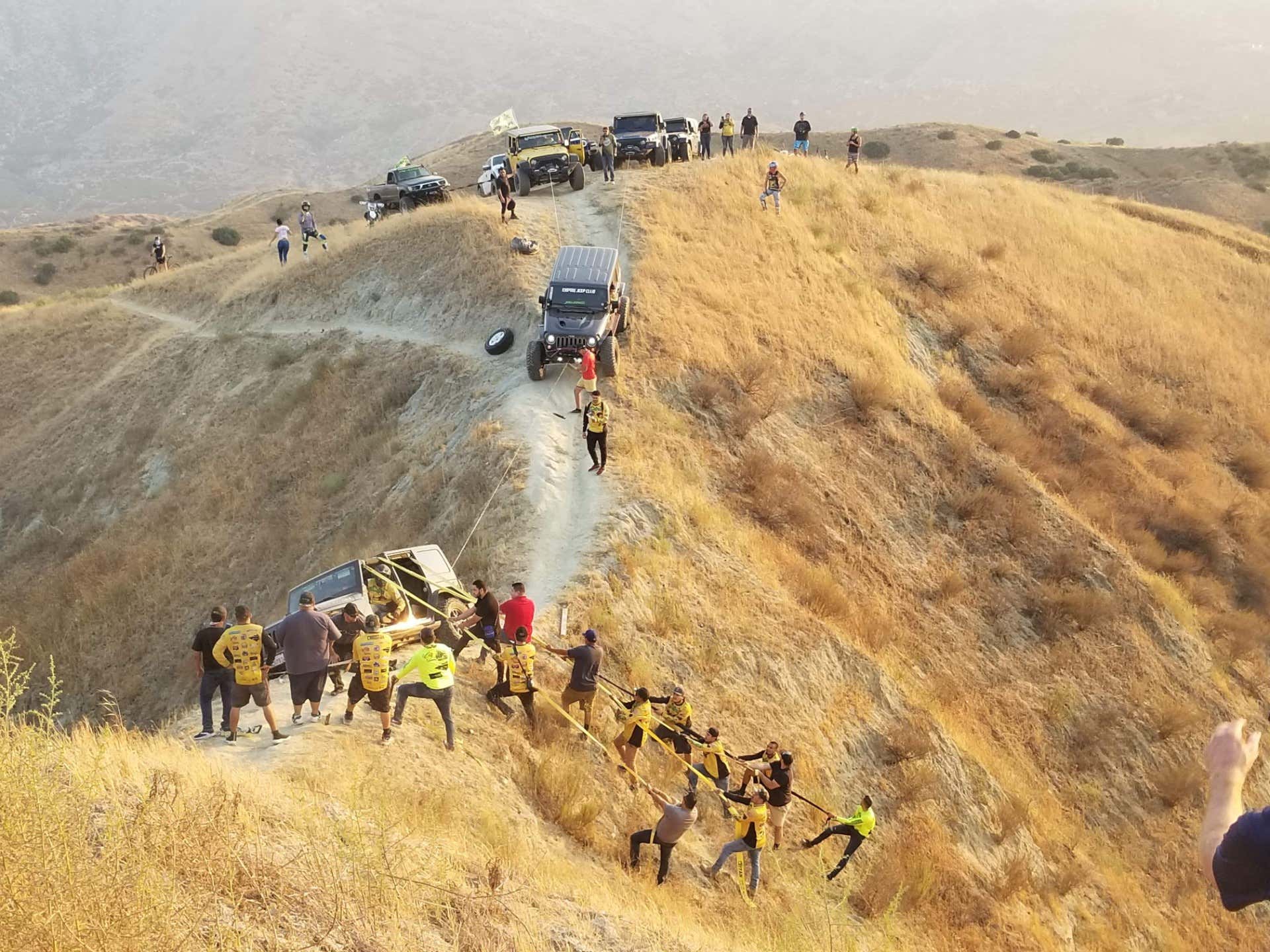 A video that was live-streamed in the club’s Facebook group showed an even larger squad of people outside their vehicles, holding and keeping slack out of the straps. Perhaps the bravest of the bunch climbed into the dangling 4×4 to steer and apply throttle when needed, taking instructions from the crowd of people yelling out one step after the next. It’s hard to say exactly how long the recovery took based on clips posted to social media, but the Wrangler was planted safely on the trail around the video’s six-minute mark.

Per a local who spoke with The Drive on Thursday, the area is rarely policed unless noise complaints are issued by residents about groups of dirt bikes. Even then, it’s a gnarly trail for two-wheelers looking for a thrill with rigid mountainscapes for scenery.

Reche Canyon native and professional motocross rider Doug Parsons told me, “This trail is called ‘Trail of Death’ for obvious reasons, so much so that when I was 12-13 years old, full-blown race-winning pros would come out to ride with me and I’d take them to this trail, where multiple times I had to ride their bike across for them because the trail is so scary. Back then, this trail was no wider than a motorcycle tire. I’m surprised they got it out.”

Regardless of the treacherous landscape, the Jeep is now retrieved, still in one piece. Better yet, the owner didn’t have to pay a hefty fee to an off-road towing company or, y’know, a helicopter recovery agency.

Chalk this one up to the four-wheel-drive community.