Earlier this year, we reported on North Carolina legislators passing a bill aimed at banning squatted trucks in the state. Well, the bell has finally tolled and as of Dec. 1, squatted trucks are effectively no longer welcome there. Not only that but should their drivers be caught ignoring the law three times in a given year, they’ll have their license suspended—apparently, they mean business.

After passing the House of Representatives and being sent to the Senate, a modified version of House Bill 692 was ultimately passed and signed into law by Governor Roy Cooper on Aug. 30. Now, any vehicle with suspension modifications that simultaneously raise the front and lower the rear fenders of any vehicle—the signature look of the squatted truck—will become illegal. 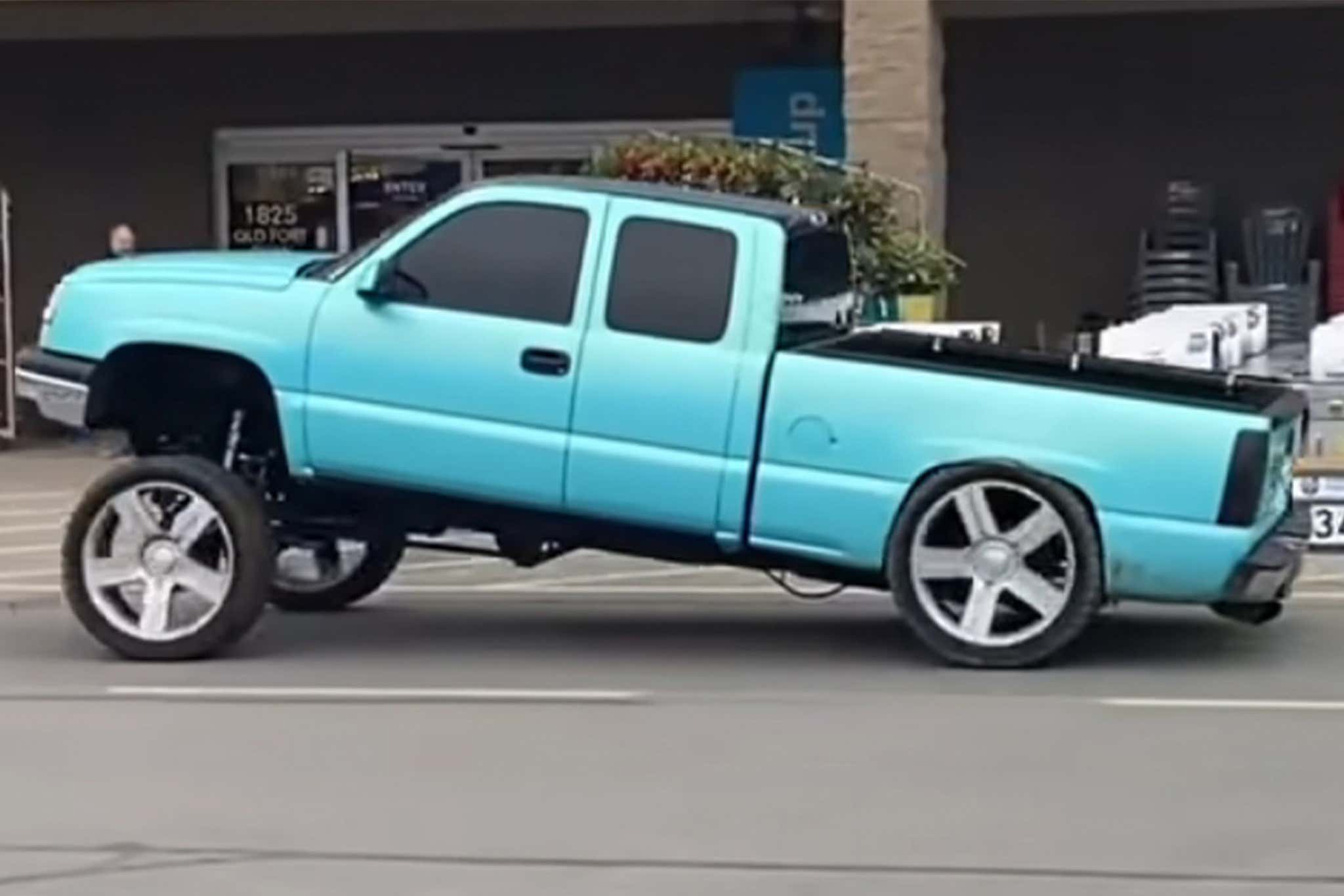 As of today, the North Carolina vehicle code prohibits a passenger vehicle from being lifted or lowered more than six inches. However, the ratified legislation (a full copy of which can be found here) does away with that specification and instead takes aim at squatting trucks by requiring that the front fenders sit no higher than four inches over the rear fenders.

It’s worth noting that this only covers vehicles with modified “suspension, chassis, or frame,” so rest assured that your 2000 Honda Insight and vintage Cadillac DeVille are safe.

Despite the text of the bill changing between the last time we reported on it and when it was passed, the law still does away with the text which prohibits owners from raising or lowering their vehicles in excess of the current six-inch law. I’m no lawyer, but with that text gone, it seems that owners can effectively raise and lower their car limitlessly, so long as no other violations are committed, like exceeding 13 feet in total height.

Perhaps even more damning is the mandatory driver’s license suspension for repeat offenders.

In addition to the squat becoming illegal, the passed law also makes it mandatory that the courts yank the driver’s license of any individual who is convicted three or more times within a 12-month period. Said offenders will have a minimum license suspension of no less than one year.

The bill itself was massively divisive. Dueling petitions popped up on the matter, with more than 70,000 people fighting to make the modifications illegal while another 20,000 opposed the legislation.

And while there are a number of other dangerous modifications that should be regulated—like driver monitoring nag defeaters—the ban on squatted trucks was a long time coming. Given the limited view that egregiously squatted trucks have of the road, it puts pedestrians and other motorists at risk in the name of clout. And whether or not drivers will find a loophole in the law, like modifying fender arches, is still to be seen.