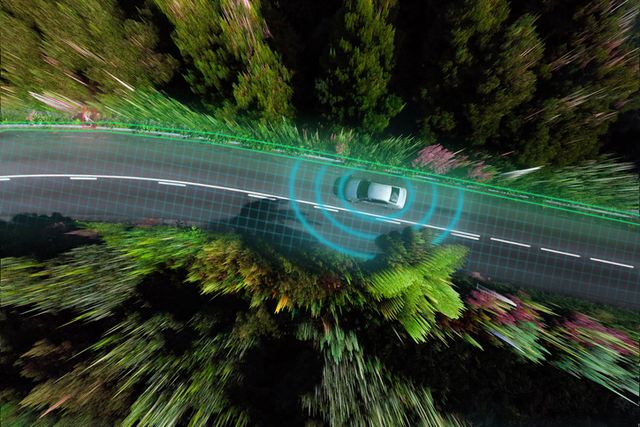 Automakers know exactly how safe their self-driving cars should be now that the U.S. government has updated its decades-old regulations to include vehicles without steering wheels, pedals, or seats. In short, any light-duty vehicle designed to carry people and drive itself has to protect those people the same way that every other vehicle does.

What seems like an obvious conclusion after nearly a decade of government studies and guidance was instead confusion. Automakers, tech giants, and startups developing the technology have faced an uncertain path to commercial success. As more states allowed on-road testing of autonomous vehicles, federal law remained ambiguous on their certification and sale to the general public. With the rules in limbo, the National Highway Traffic Safety Administration (NHTSA) had been accepting dozen of petitions to temporarily exempt certain self-driving prototypes from federal law.

Specific terms in the Federal Motor Vehicle Safety Standards (FMVSS) define the features, performance, and test procedures that, with very few exceptions, every production vehicle must pass in the U.S. While its archaic language prevents us from enjoying trick headlights, this same language has protected us from crashes and injuries that still kill people in countries with weak or no national safety laws. But automakers, bursting at the seams to build cars that drive better than we do, have curbed these plans without official and clear changes to these regulations.

In March 2020, NHTSA issued a proposal to amend the “200 series” rules in the FMVSS that govern how a car’s seatbelts, airbags, seats, windshield, and other critical parts must be installed. The rules also define crash tests. While NHTSA has always updated these rules with tougher standards, the agency may have never thought a passenger would sit in a driver’s seat or that a steering wheel could fold out of sight.

Finally, this month, in the period between the U.S. Capitol attacks and the presidential inauguration, NHTSA finalized them. Here’s what the updated rules do—and don’t do—for cars with Level 3, 4, and 5 autonomous systems.

Everyone up Front Is a Passenger

The Driver May Not Be a Driver

All mentions of the “driver’s seat” or “front passenger seat” will now be called “front row” when being used as a reference point for measurements and other tests. The “driver’s seat” in other conditions will be called “driver’s designated seating position” to indicate where a driver can be if the vehicle manufacturer allows such control. But “driver,” unlike in previous NHTSA proposals, will not be redefined to mean an automated driving system. This is still a human.

This is a new term and is meant to combine the traditional array of pedals and steering wheel. NHTSA explicitly states it does not mean control by smartphone or tablet, any kind of remote control, or joystick.

Make the Wackiest Steering Wheels and Pedals You Want

Instead of “steering wheel,” the rules will now state “steering control.” However, since NHTSA states it never defined the wheel as being a perfect circle, manufacturers can go crazy with shapes so long as they satisfy current regulations that protect a driver from the steering wheel. NHTSA also says that automakers can design any stowable steering wheel and pedal controls so long as they work in two operating states: when stowed, they cannot be used; when deployed, they must be in full reach and control of the driver.

Any seat positioned more than 12 inches from either door is classified as an inboard seat. So far, this has only applied to front and rear middle passengers in a bench configuration. Now, NHTSA will allow single inboard bucket seats in the first row and many combinations thereof (such as two seats on the far right, or two in the middle and none on either side). In cases where there are two inboard seats in one row, only one has to have a smart airbag and a three-point seatbelt. The other, at the manufacturer’s choosing, does not have to be covered by an airbag and only requires a lap belt. This is in accordance with current regulations and recognizes, however oddly, that placing two frontal airbags in close proximity would cause further complications in a crash.

Non-Forward-Facing Seats Are Not Allowed

These rules apply to forward-facing seats only and aren’t intended for use with sideways, open-concept, “campfire,” or similar types of seating arrangements.

Apparently Tesla, based on statements during the proposal’s comment period, wants to be able to stow the driver’s seat when its vehicles are in autonomous mode. NHTSA says, on page 76 of the Final Rule document: “Although such a system would be unnecessary (and likely illogical), a manufacturer could provide a system that stows the driver’s seat when the controls are stowed.”

Nothing changes for cars with semi-automated driving systems that are Level 2 and below. Currently, there are no cars with true Level 3 systems—those that will drive fully autonomously, with the driver on standby in case of emergency—but many automakers are testing the capability. For that, they’ll have to certify that their cars meet the autonomous rules above in addition to the normal rules.

But while these new rules offer much-needed clarity, they don’t govern how any autonomous driving system should function. NHTSA has been overtly hands-off in this area and still has no requirements for how such critical systems like emergency braking or adaptive cruise should work. But for now, the door is wide open for future autonomous cars—even if there isn’t a seat at that door.