That the Russian invasion of Ukraine is having a profound impact is undeniable, and it’s not just from aspects of the immediate strife. Oil prices have also spiked as a result of the crisis, having gone past the US$120 per barrel mark, and it is this increase that raises the question – is there a possibility of a readjustment of the fuel subsidy in Malaysia, given the rising pressure the increase is putting on government finances?

As The Star reports, rising oil prices are generally positive for a net oil and gas exporting country like Malaysia. According to a CGS-CIMB Research report, it is estimated that for every US$1 (RM4.18) per barrel average increase in oil prices, the government stands to add some RM370 million in revenue.

However, given that the country has a fuel subsidy mechanism in place, that same US$1 per barrel increase will set the government back by around RM780 million in fuel subsidies, based on the price of RON 95 and diesel remaining unchanged at their ceiling price of RM2.05 per litre and RM2.15 per litre respectively. To give an idea of how much subsidy is in place, RON 97 is currently priced at RM3.45 per litre this week. 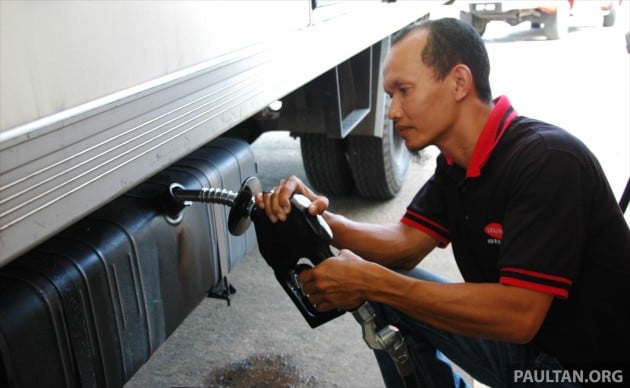 The research house said that the government starts incurring fuel subsidy costs when oil prices hit the US$55-US$60 per barrel mark, and that on a net basis – based on the assumption that retail fuel prices of RON 95 and diesel remain unchanged – estimated that the government would lose RM410 million in net income for every US$1 increase in Brent oil above the US$60 per barrel level.

It added that the rising oil prices raise several questions, the most notable of which is if the government will raise domestic fuel prices. The government would have to balance the pros and cons of doing so, as a hike in fuel prices will have a significant negative impact on the economy, particularly in increasing inflation as well as bringing about a reduction in disposable income and consumption growth.

Therefore, any decision by the government to adjust fuel subsidy would have to go beyond fiscal factors, taking economic, political and social impact into consideration. Additionally, the research house said the fiscal balance would be worse if other subsidies – for liquefied petroleum gas and cooking oil – are also taken into account. The government has kept the prices of these unchanged despite a sharp price increase in the global market, it said. 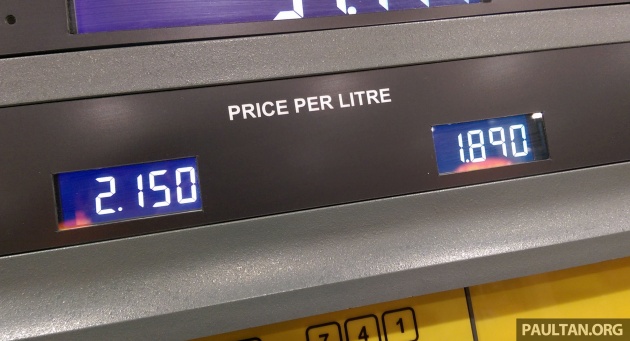 Nonetheless, CGS-CIMB Research believed the government can withstand rising spending as elevated oil prices would also mean that it can demand higher dividend payment from Petronas, which would essentially allow the government to keep the subsidy afloat. Also, the one-off windfall tax announced under Budget 2022 – which is projected to yield RM6.2bil for government coffers this year – could offset the impact of higher oil prices.

The research house said that an alternative to reducing subsidies while minimising the impact on consumption would be to introduce the use of cash handouts. In 2008, the government announced a RM625 cash subsidy, but only as a one-time payment.

Then, in 2019, the Pakatan government announced plans to introduce a petrol subsidy programme (PSP). The scheme, which was to see eligible B40 (and later, M40) recipients being given a fixed subsidy rate of RM30 a month for car owners, and RM12 for motorcycle owners, never went through, being canned in July 2020. A note on subsidies and the cost it has incurred in recent times. In 2019, the government spent RM6.32 billion in subsidies, but this dropped to RM2.16 billion in 2020. The reduced spending was due to global crude oil prices falling significantly as a result of an “oil war” among oil-producing countries, which saw the barrel price dropping below US$20 at one point in April 2020. Pump prices fell to RM1.25 a litre for RON 95 and RM1.46 for diesel that month, although the MCO meant motorists couldn’t take advantage of the cheap fuel.

In June of last year, finance minister Datuk Seri Tengku Zafrul Abdul Aziz said an additional RM4.22 billion was expected to be spent in 2021 on fuel subsidies as a result of the increase in global oil prices. At that point, he said that government had allocated RM3.78 billion in subsidies, but was expected to accommodate subsidies of up to RM8 billion due to the increase, RM4.22 billion higher than the original allocation.

What do you think? Should fuel subsidies remain as they are, or should the government start weaning the rakyat off it? If so, how would it accomplish the task with the minimum negative impact? Share your thoughts with us in the comments section.