Pagani’s nearly 30-year history has produced just two models. But those are often transformed over time into hotter and hotter variants. Pagani did it with the Zonda, and it has done it again with the Huayra, introducing the menacing, track-only Huayra R today. The ultimate Huayra may not look different from the non-R version, though this one packs a host of unique features and parts, including a bespoke naturally aspirated V12 engine.

Pagani sources its engines from Mercedes, which supplies the Italian carmaker with naturally aspirated 6.0-liter V12 engines. However, the Huayra R needed something special, so Pagani partnered with HWA AG, Mercedes-Benz’s racing subsidiary, to design and build a bespoke engine. The result is a potent mill that produces 850 horsepower (625 kilowatts) and 553 pound-feet (750 Newton-meters) of torque. That power comes with a screaming 9,000 rpm redline, too, which should result in a downright brutal exhaust note. 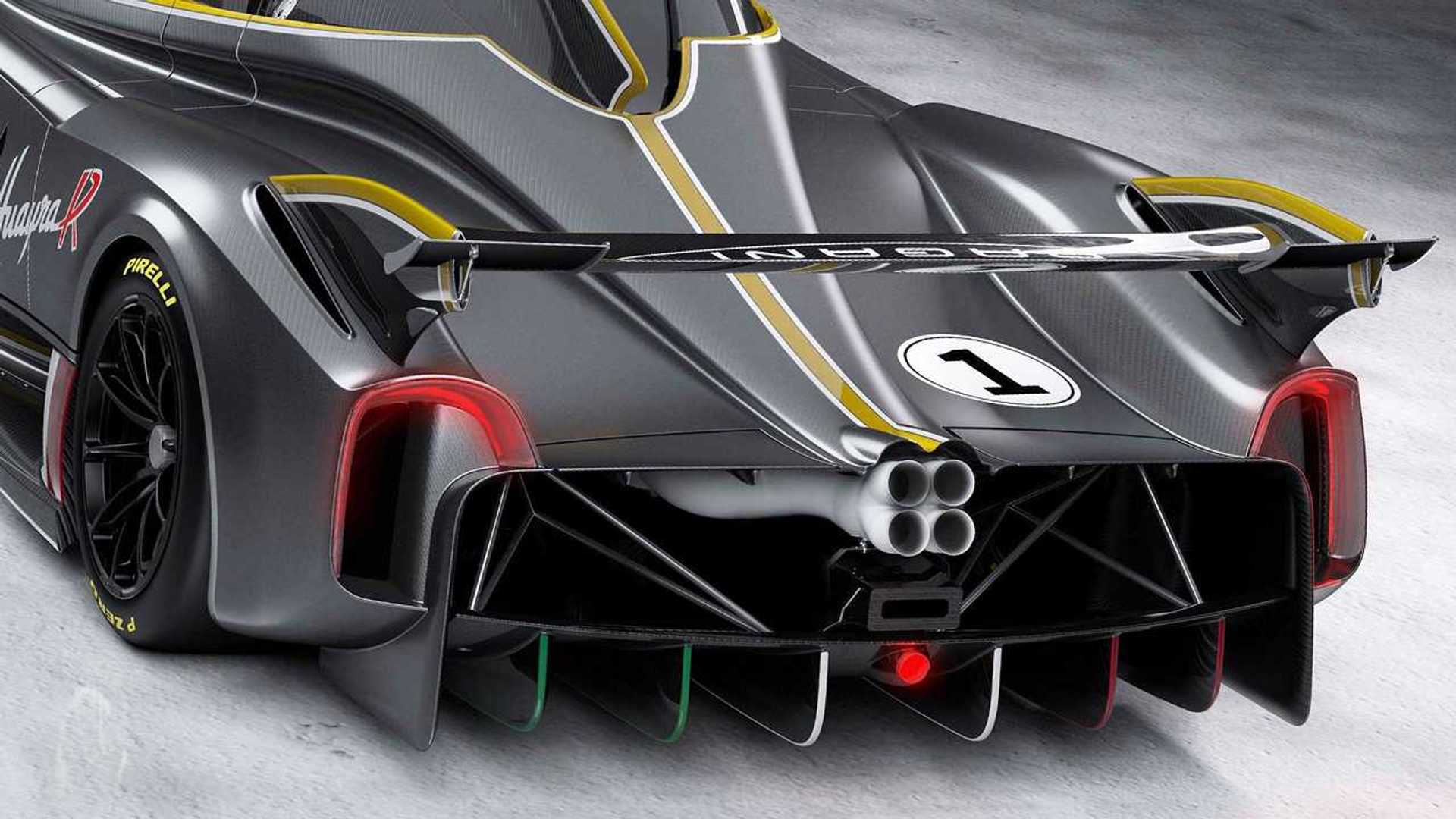 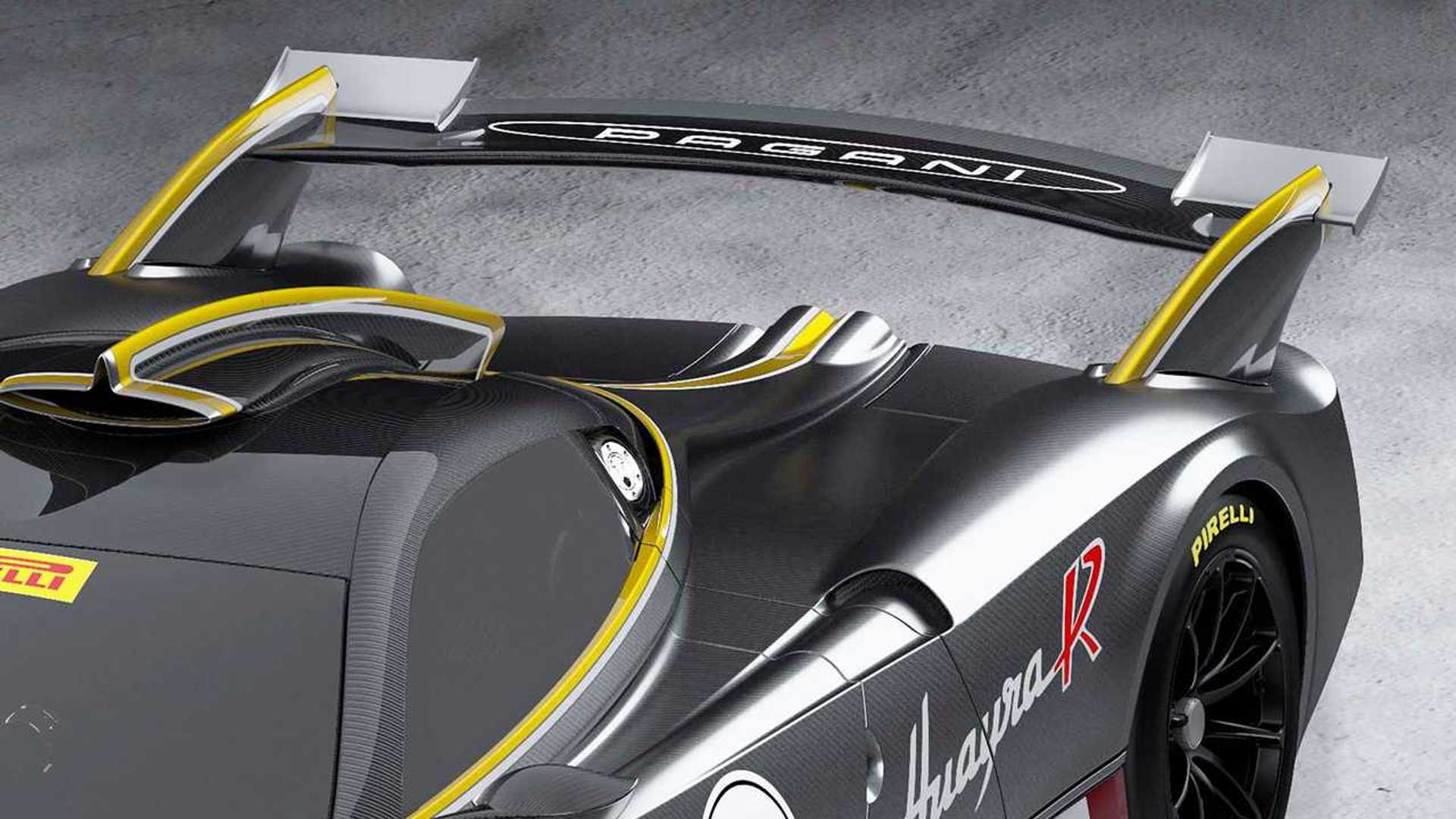 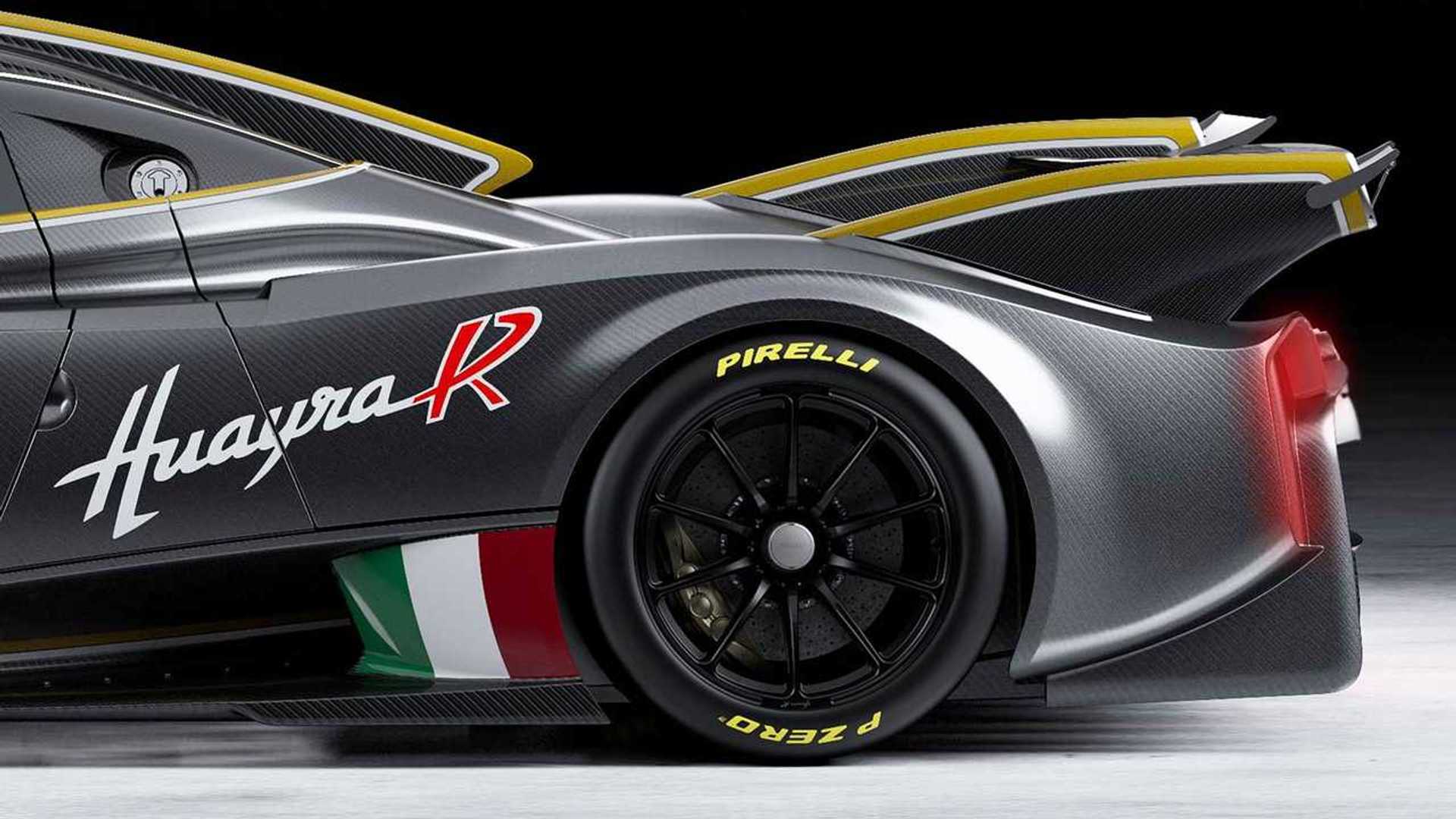 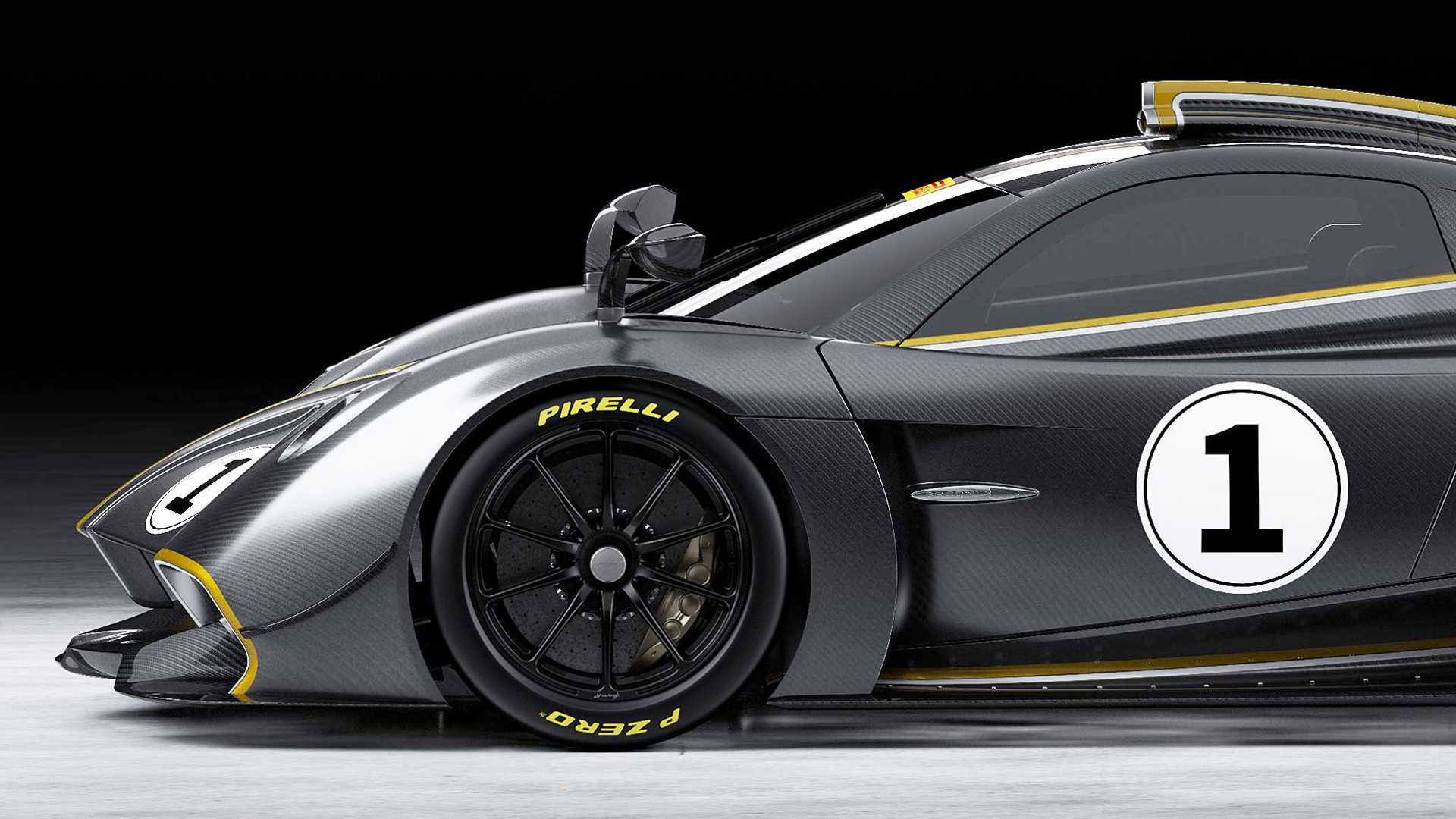 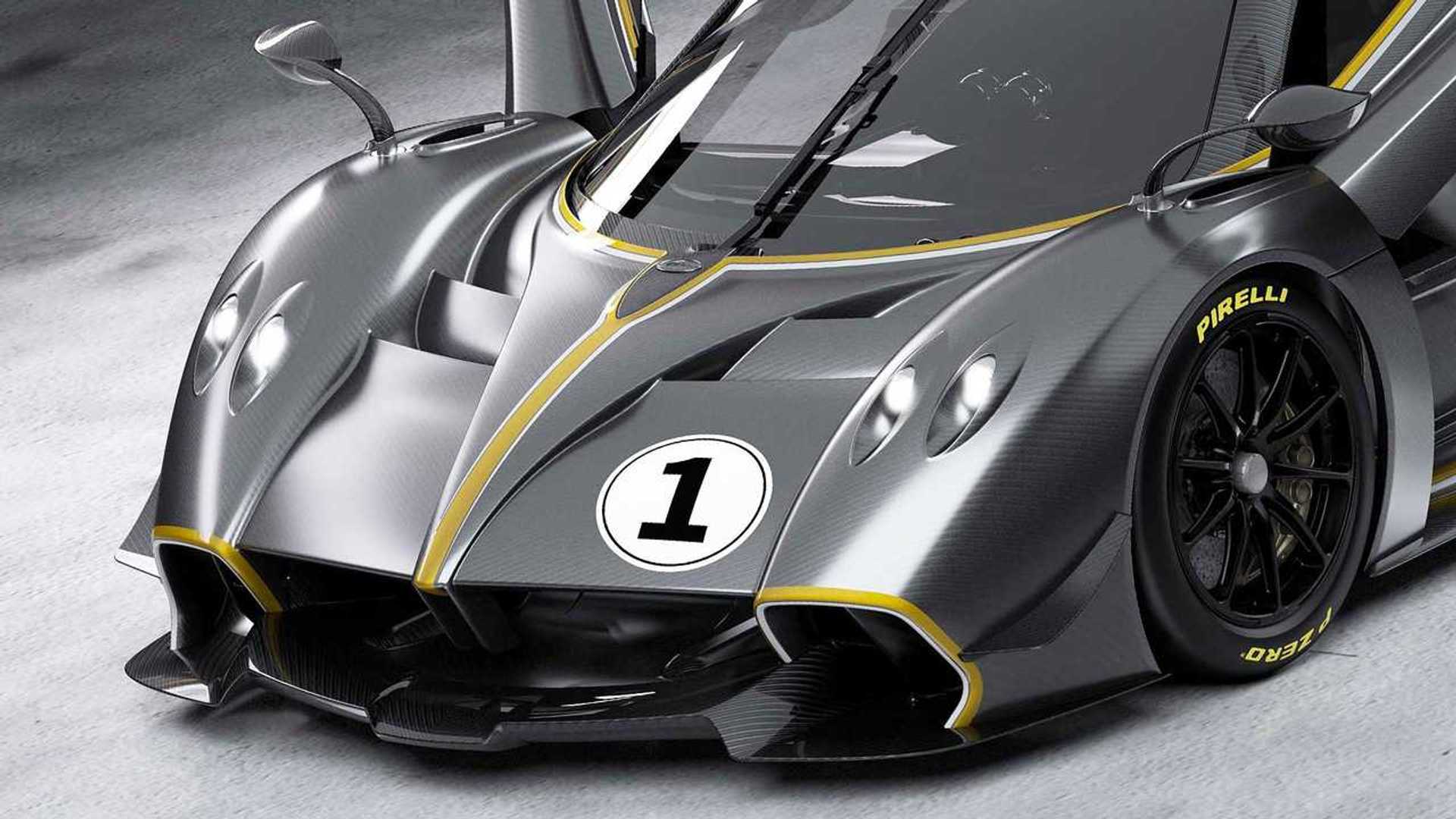 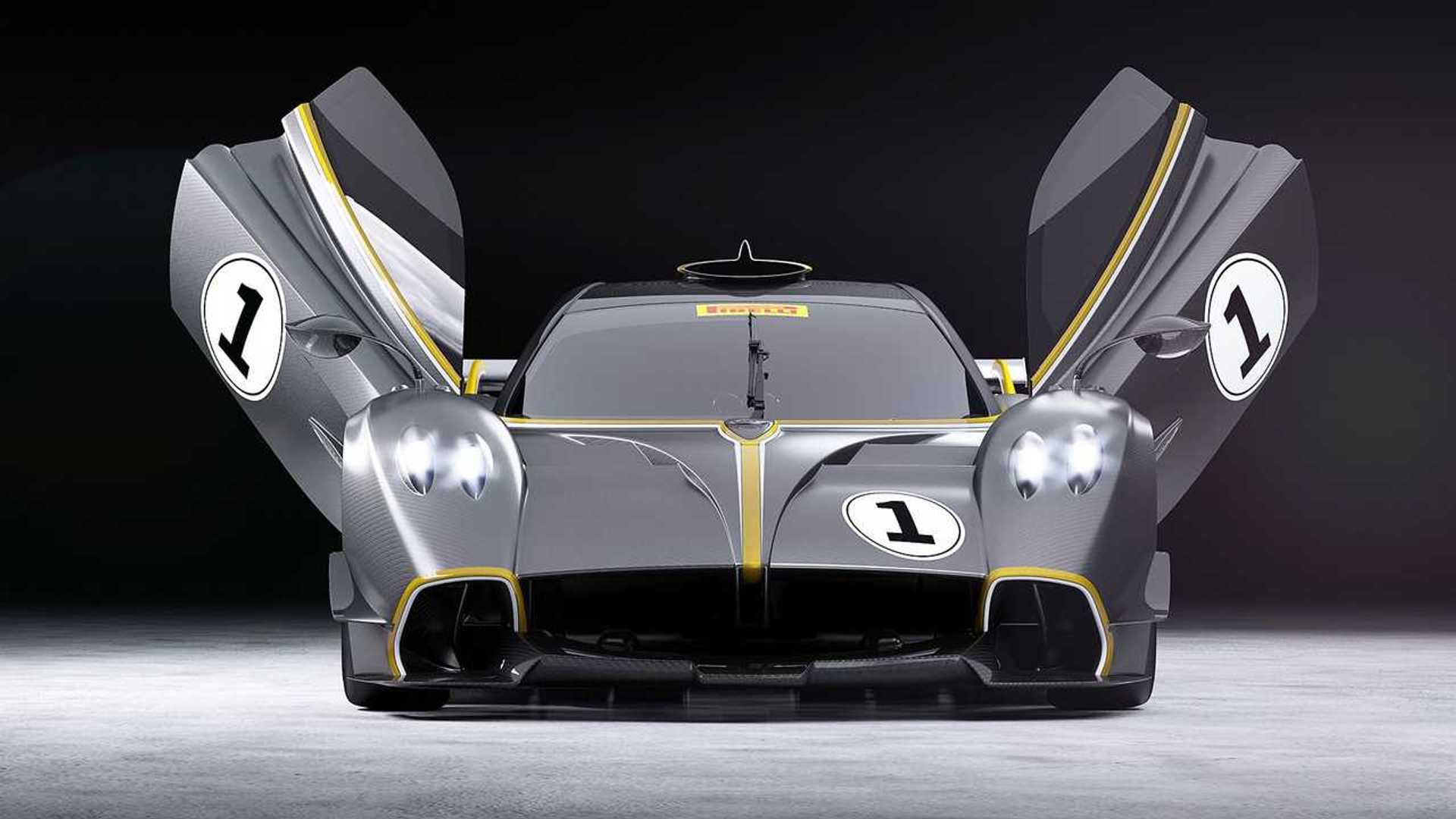 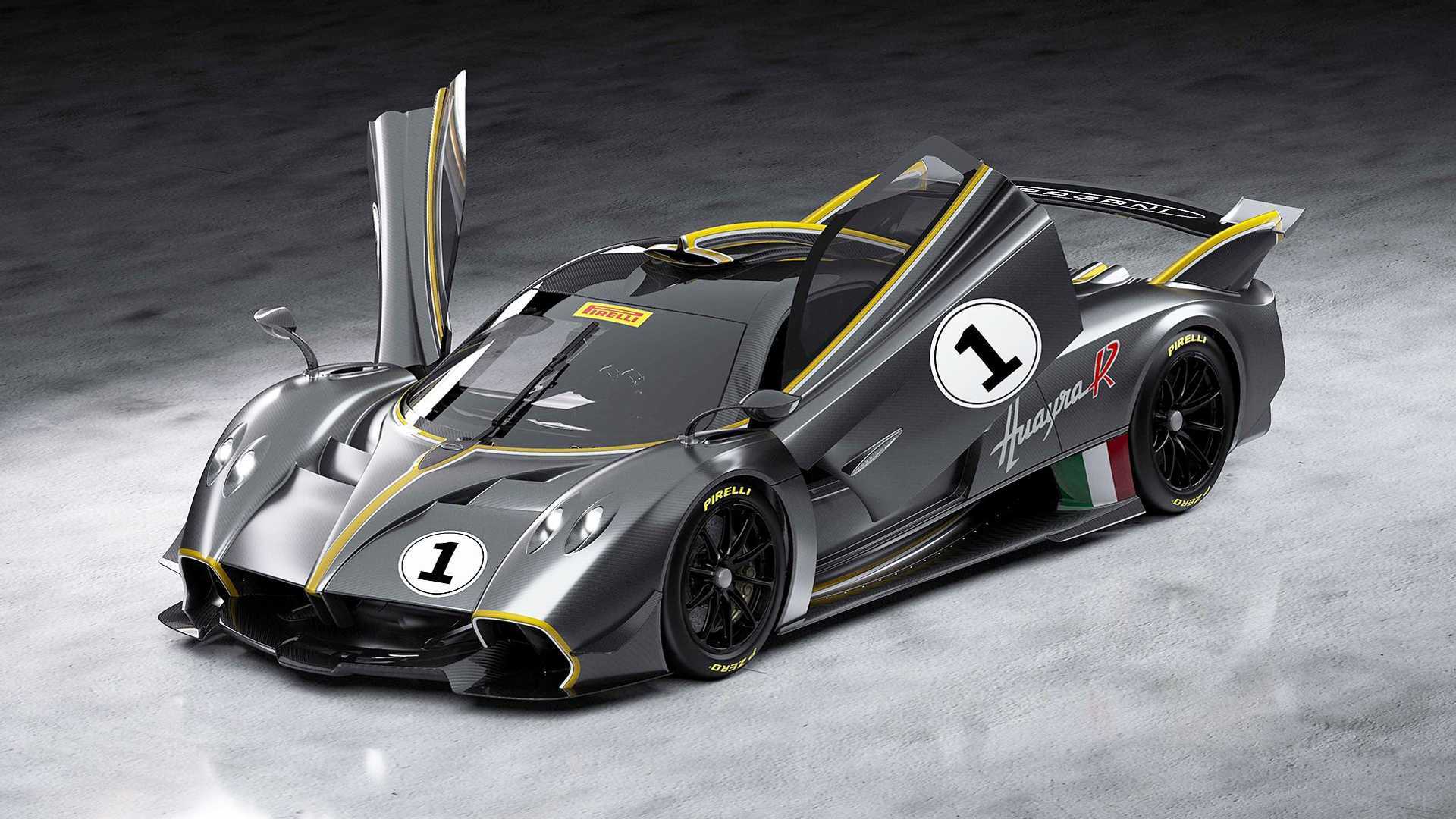 The company claims the Huayra R will sound like a Formula 1 car of yesteryear. Pagani uses an Inconel exhaust system developed specifically for the R. It features identical length exhaust pipes for all 12 cylinders, which Pagani pairs with uniquely designed manifolds and tailpipes. The track-only supercar comes equipped with mufflers that can be fitted to reduce the exhaust note to be within the 110-decibel FIA sound limit for noise-restricted tracks.

Pagani builds the car around a new carbon-titanium monocoque chassis, which uses the engine and transmission as integral parts to increase stiffness and rigidity. Power routes to the rear wheels through a six-speed non-synchronized dog-ring sequential gearbox. A pair of active aero flaps at the rear help the car manage its aerodynamics. The car produces 2,204 pounds (1,000 kilograms) of downforce at 199 miles per hour (320 kilometers per hour). The R weighs only 2,315 lbs (1,050 kg) dry.

Pagani plans to produce just 30 examples of the Huayra R, each costing €2.6 million ($3.1 at current exchange rates), plus tax. The price tag gets you a marvelous piece of automotive engineering.