Off-roading is a popular pastime for people of all ages, but accidents do occur and occasionally people stray too far off the beaten path. That’s what happened to five-year-old Otto Dahl on Sunday, May 30, when he took off on his dirt bike around 2 p.m. in the Johnson Valley OHV Area in southern California and didn’t return to his family’s campsite. He was declared missing, triggering a massive search by law enforcement—but also, by local off-roaders on Facebook.

The San Bernardino County Sheriff’s Office reportedly sent out 60 units and a helicopter in an attempt to find the missing child, but it was Lee Bower, a member of the Facebook groups High Desert 4×4 Recovery and SoCal Off Road Recovery who eventually located him early Monday morning along with his friend Bob Surmon. Following a massive search by police and local 4×4 enthusiasts, Otto was found unharmed just four miles “as the crow files” from his family’s camp according to Bower, although he had travelled a total distance of more than sixteen miles according to the tracks they followed to find him. 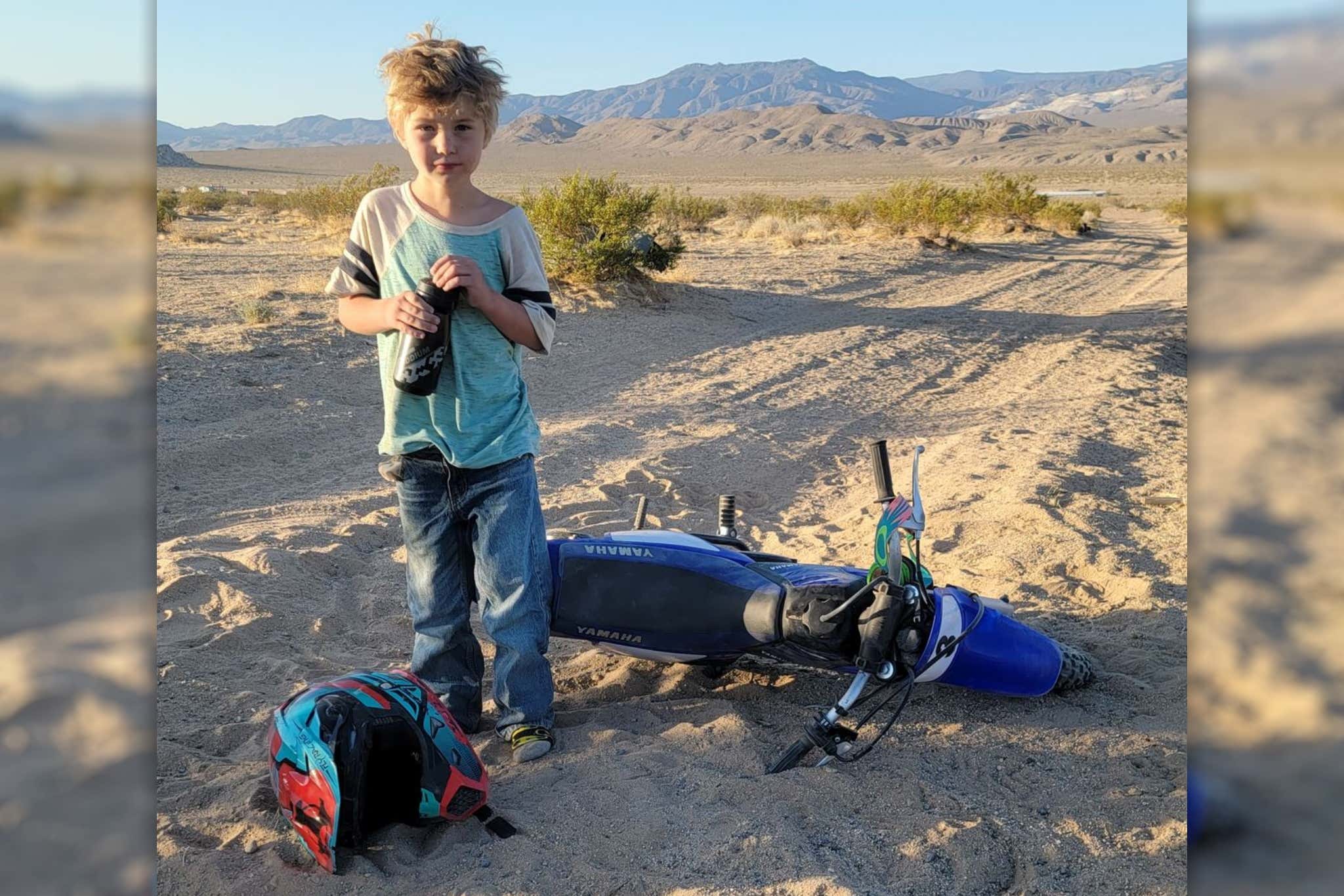 Before we go further, it’s worth highlighting just what an incredibly valuable resource off-road recovery groups on Facebook have become. Populated by thousands of experienced off-roaders covering nearly every geographic area in the West (and beyond), there are hundreds of these groups that serve as both an SOS point of contact for anyone who gets stuck or lost and needs help, and a response network that springs to life as people volunteer their time to problem solve, plan and execute incredibly complex rescues. We’ve covered some of the more incredible stories involving recovery groups before, but this is the first time we’ve seen something like this.

The official search began on Sunday evening, although Otto was not located until early the next morning, reportedly around 7 a.m local time. According to members of High Desert 4×4 Recovery, the boy saw a mountain in the distance that looked interesting and attempted to reach it before running out of gas. Once he ran out of fuel, he kept his helmet on his head and got some sleep, staying on the trail and near his bike.

At the same time, the search spearheaded by police had already begun. A helicopter circled the area looking for the missing boy, but Facebook posts would later show the flight path of the chopper was just outside of the area where he was found. Off-roaders from High Desert 4×4 Recovery and SoCal Off Road Recovery began to take notice of the situation around the same time, many of them using the Facebook groups to organize search efforts.

Lee Bower and his close friend Bob Surmon were camped nearby when they heard of the situation and spoke with the relatives of the missing boy.

“Of course, they were worried,” said Bower in a message shared to High Desert 4×4 Recovery. Bower explained how he had children of his own, and felt obligated to help search. He and Surmon headed out to search for a few hours, finding tracks and returning to alert the boy’s family and others of the find. On another one of these outings early the next morning, Bower and Surmon continued to follow the tracks they had found the previous night. Speaking to The Drive, Bower says they split up once returning to the area, and that’s when Bower says he “found tracks and followed them down a sandy wash for quite a ways,” eventually finding Otto “sleeping next to his bike a few miles southeast of the base camp.” 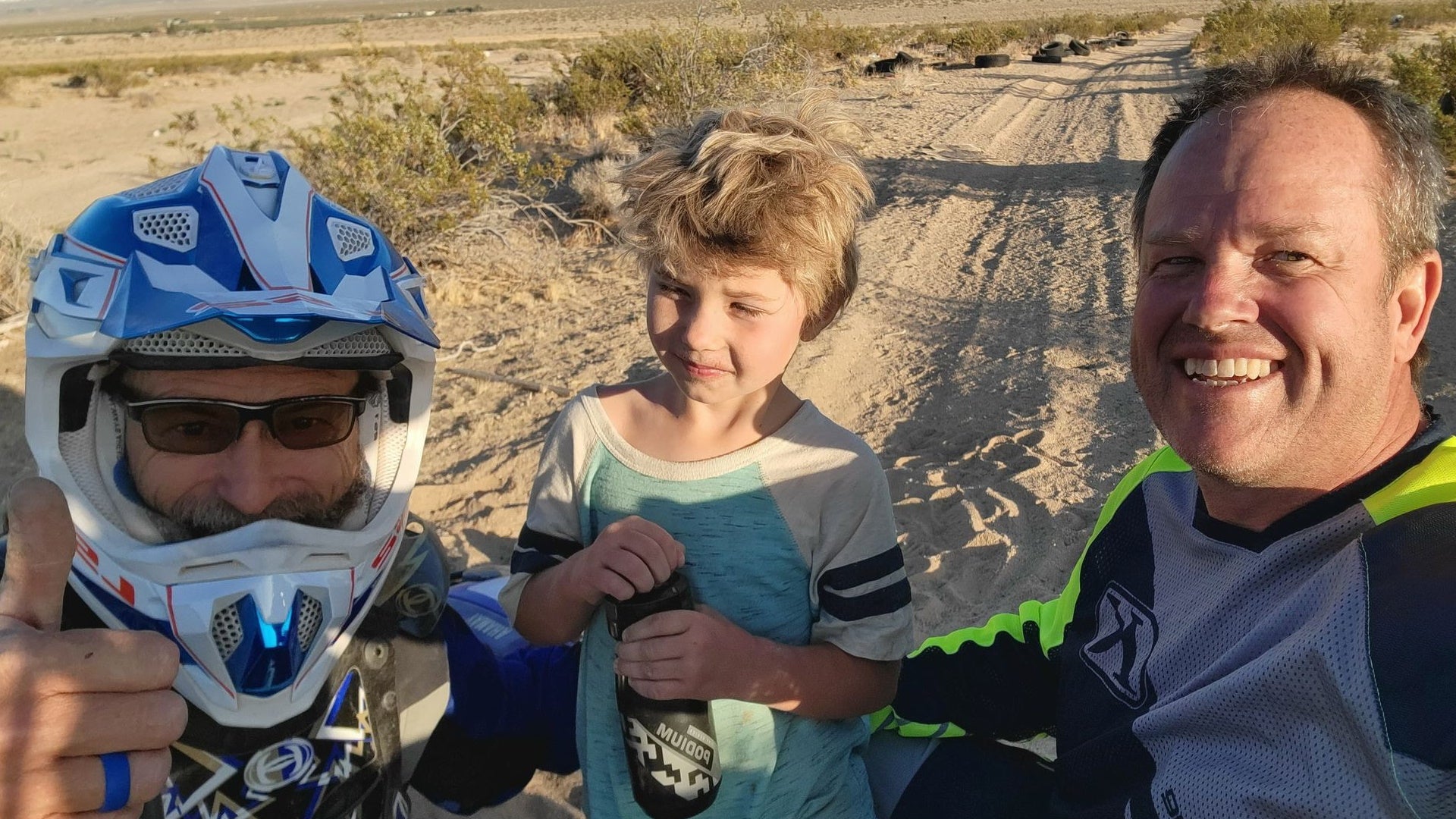 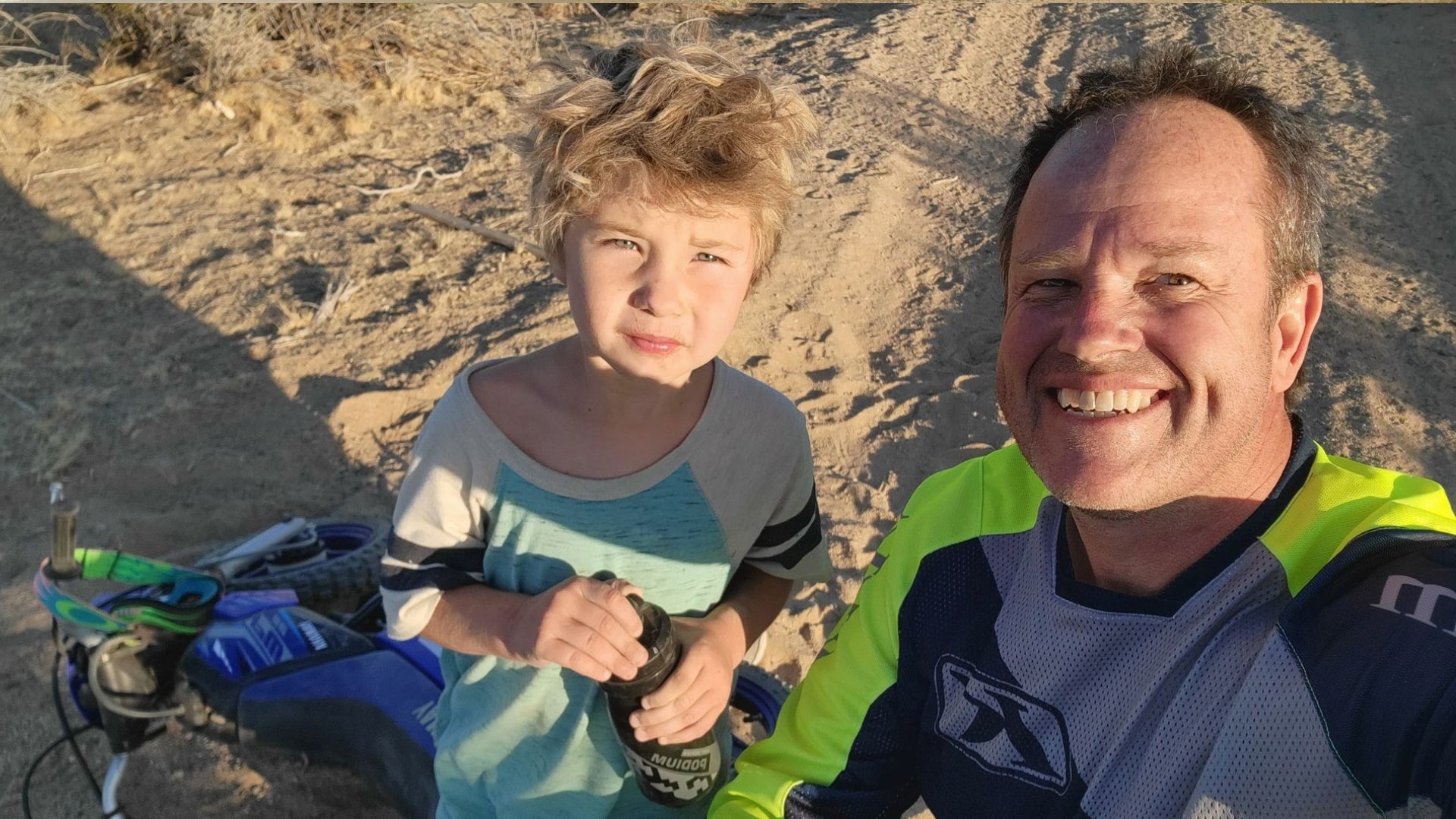 Bower and Surmon gave the boy water, some candy, and called law enforcement. Otto was found to be unharmed and was returned to his parents. According to Bower, Otto said he “wasn’t scared at all” and seemed very calm, and his biggest complaint was that his ears hurt after wearing his helmet for so long.

Dozens of people in the area responded to the call on Facebook to help find the boy, with many of those who participated in the search expressing relief that he was found. Bower says he couldn’t have done it without help from Surmon, saying “I was super persistent to find that kid, Bob stayed with me to the end. Our friendship is what made that happen.”

Speaking to the local news station ABC7 Otto’s mother, Sarah Dahl, thanked all of the off-roaders for what they did to help find her son. “Staying up all night, searching all night. And for everything you guys have done, I can’t thank you enough.”