YouTuber WhistlinDiesel isn’t known for taking it easy on his vehicles; if anything, he’s amassed millions of subscribers because of the exact opposite. He’s one of the content creators who’s made a career out of destroying high-end vehicles for clicks, and the world watches eagerly just to see how far he can take it.

But this time, he may have gone too far. It wasn’t the $100,000 Ford F-350 Limited (seriously) or even the Amish Dodge Challenger Hellcat that will go down as the most upsetting video made thus far. It’s the fact that this man is going to absolutely demolish one of the most perfect examples of an imported Toyota Hilux that really brings tears to the eye, and you all get to be in for the ride. 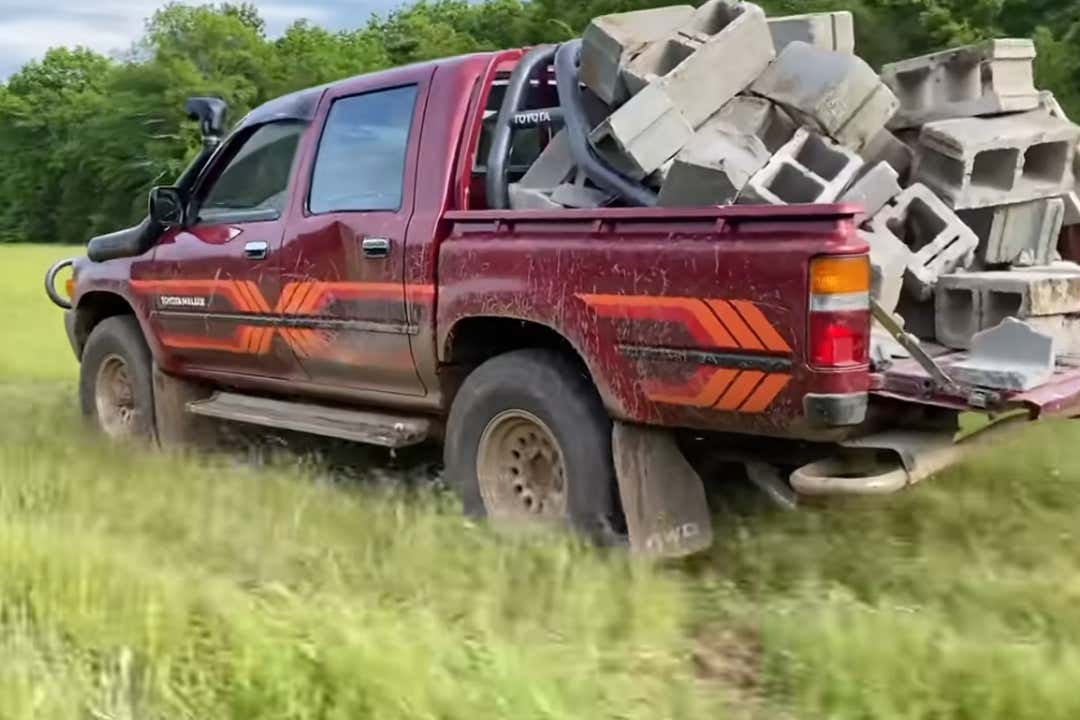 WhistlinDiesel recently announced that he bought an imported diesel-powered Toyota Hilux, which just so happens to be one of the most famously indestructible vehicles made by the Japanese automaker. He says that the truck will be used in a series of durability tests during his ownership, and immediately begins the carnage by attempting to retrieve the keys he “accidentally” locked in the cab by punching the driver’s window.

While that wasn’t successful, it did open up the chance to test out a few more scenarios. For example, opening and slamming the doors 1,000 times—something that almost immediately broke the front door latch and prevented the window from rolling down. He moved to the rear and managed to not only crease the door panel, but also dent the cab.

Moving onto the bed, WhistlinDiesel also attempted a similar torture test on the tailgate; it survived, so that meant it was time to get a little more creative.

He loaded a pallet with 2,500 pounds of cinder blocks into the bed and got to work. The truck popped wheelies, caught air when taken off-road (with the pallet of concrete blocks still back there), and managed to bend the frame ever so slightly.

The factory-installed headache bar did prove to be useful, however, as dropping the pallet of blocks onto the truck didn’t break the rear window.

More footage shows the YouTuber beating the ever-living hell out of the truck in off-road conditions. At one point, he just drives into the woods and runs over everything he can. He later crashes it into a tree, which admittedly did tweak things enough to keep the door from shutting properly, but it didn’t keep it from moving under its own power.

Remember that one time Top Gear did this? It’s one of the internet’s favorite torture tests and it was arguably in a bit worse condition to start with. It also hurts a little bit less knowing that the Top Gear Hilux was a domestic market vehicle. The Hilux WhistlinDiesel started with was a pretty pristine example, but we suppose that was the point all along.

Supposedly there will be more videos in this series, so if you’re the kind of person who enjoys a bit of car-nage, now might be the time to keep your eyes peeled to see if he can best the trials performed during the golden years of Top Gear.