Here’s a literal trainwreck for truck and off-roader fans: A train carrying a load of brand-new Jeeps, Chevys, and GMCs derailed near Caliente, Nevada, on July 10. The rural town is about 30 miles west of the Utah border. Fortunately, no one was hurt on the Union Pacific train, but dozens of factory-fresh vehicles were destroyed. Lincoln County Sheriff Kerry Lee told local reporters it was the most spectacular mess he’s ever seen. The majority of the damaged vehicles were new Jeep Wranglers and Gladiators; a number of Chevrolet Silverados and GMC Sierras were also involved. Photographs taken by the sheriff’s department reveal the carnage and show Jeeps and GM trucks spilling out of crushed train cars like broken Matchbox toys. In one, Wrangler Rubicons are stacked on top of each other next to an overturned Firecracker Red Gladiator, while another image shows a white Silverado disgorged onto a darker GMC Sierra Denali. The total number of damaged vehicles is unknown at this time, but each bi-level automotive hauler car can hold at least 8 to 10 trucks. 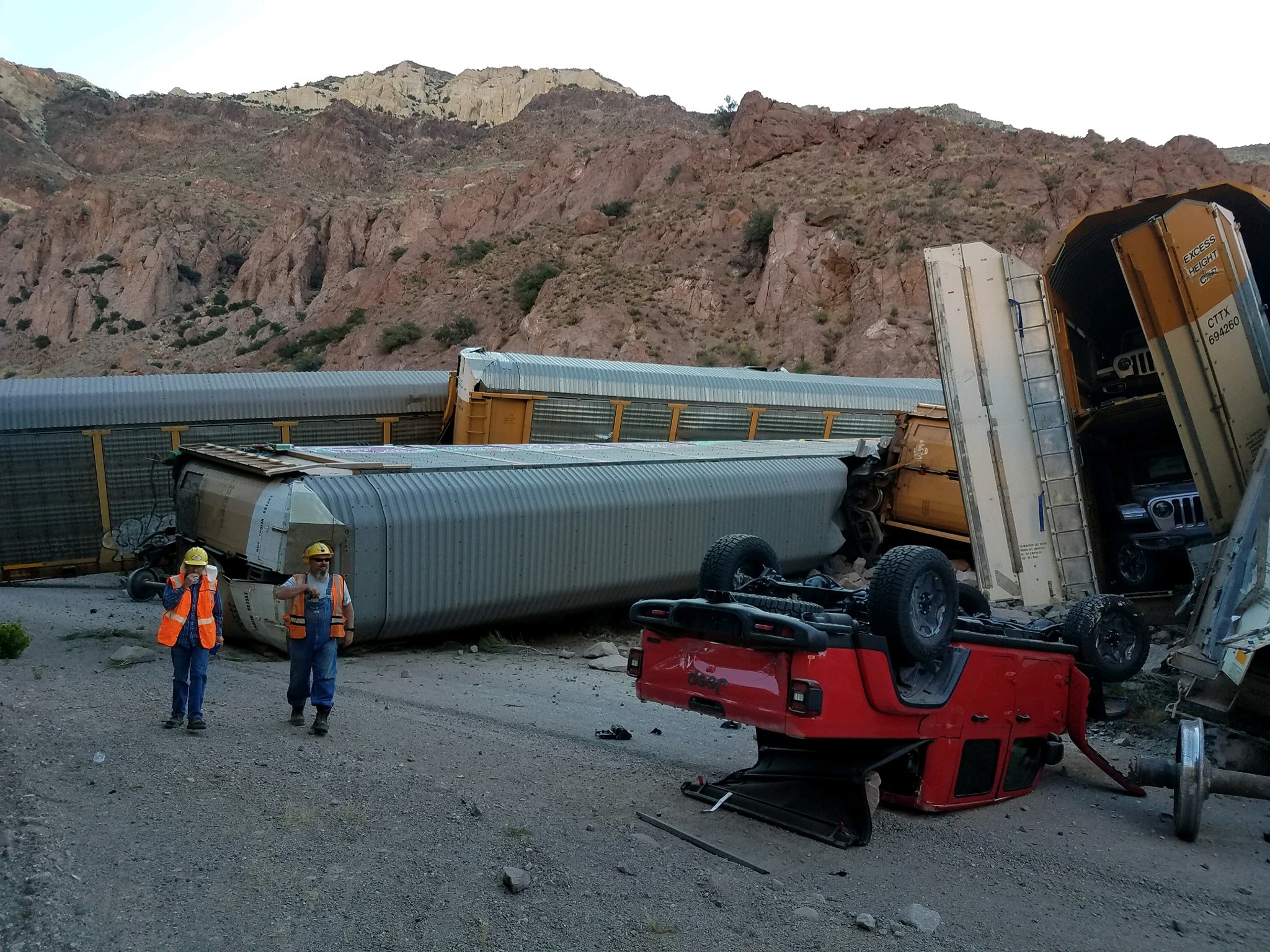 Aside from trucks, the 33-car train was also hauling hazardous material; none of those train cars were damaged, according to the Sheriff’s Department. For the few locals, County Road 4230 from Elgin to Carp is completely closed and is expected to remain at least partially closed for a week or more to allow for cleanup. At this time, the cause of the derailment is unknown, and Union Pacific is investigating the crash. 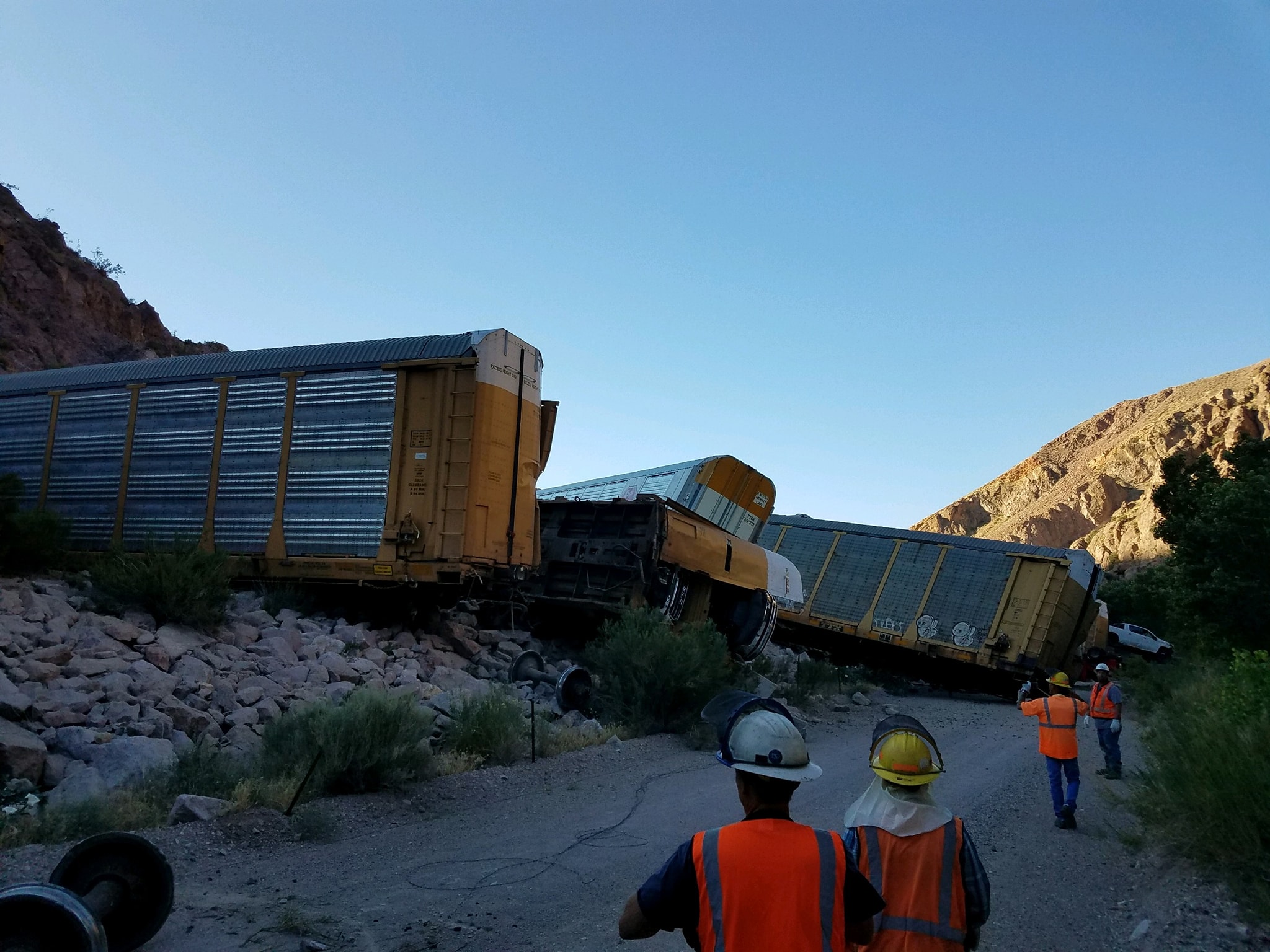 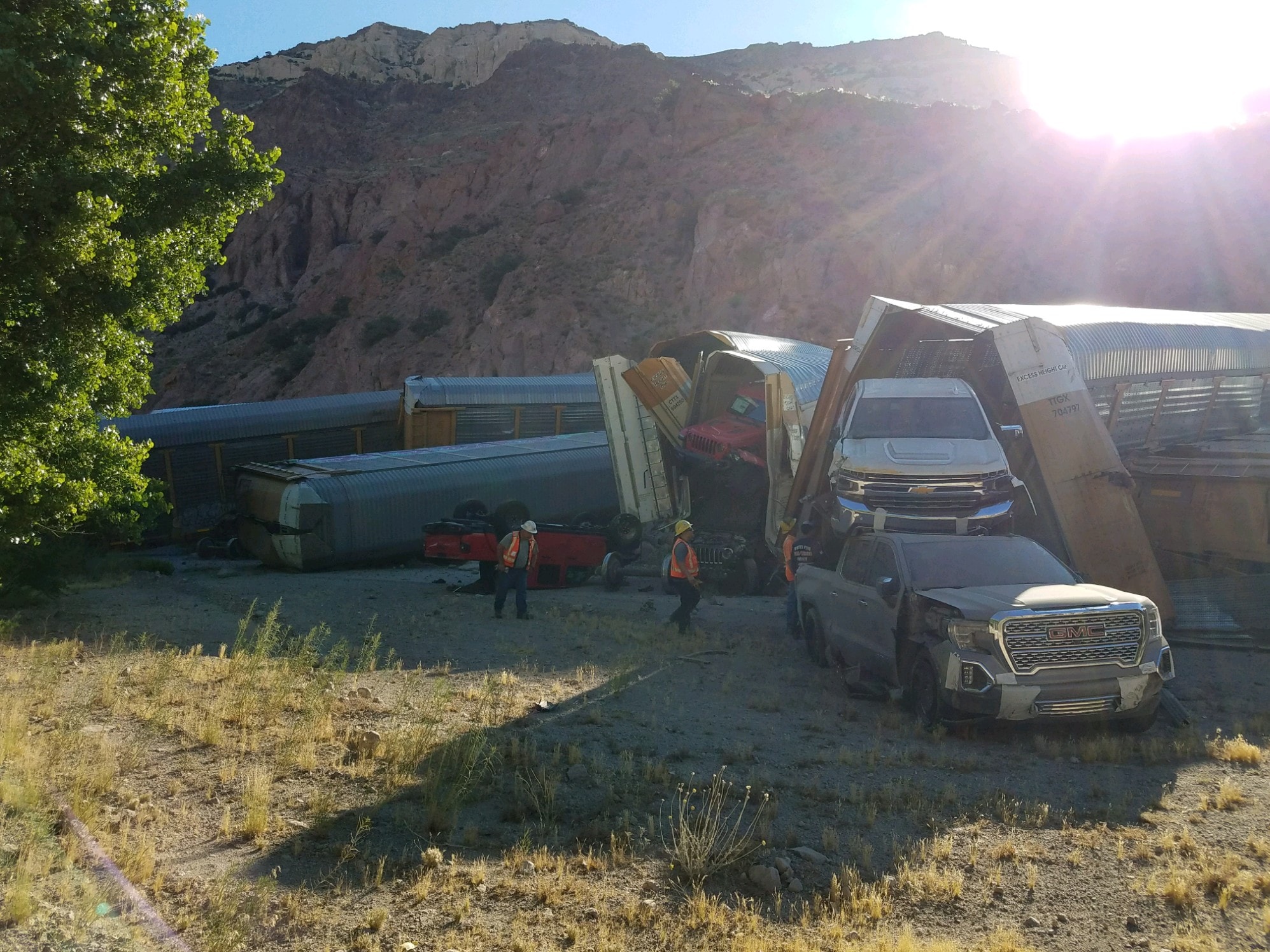 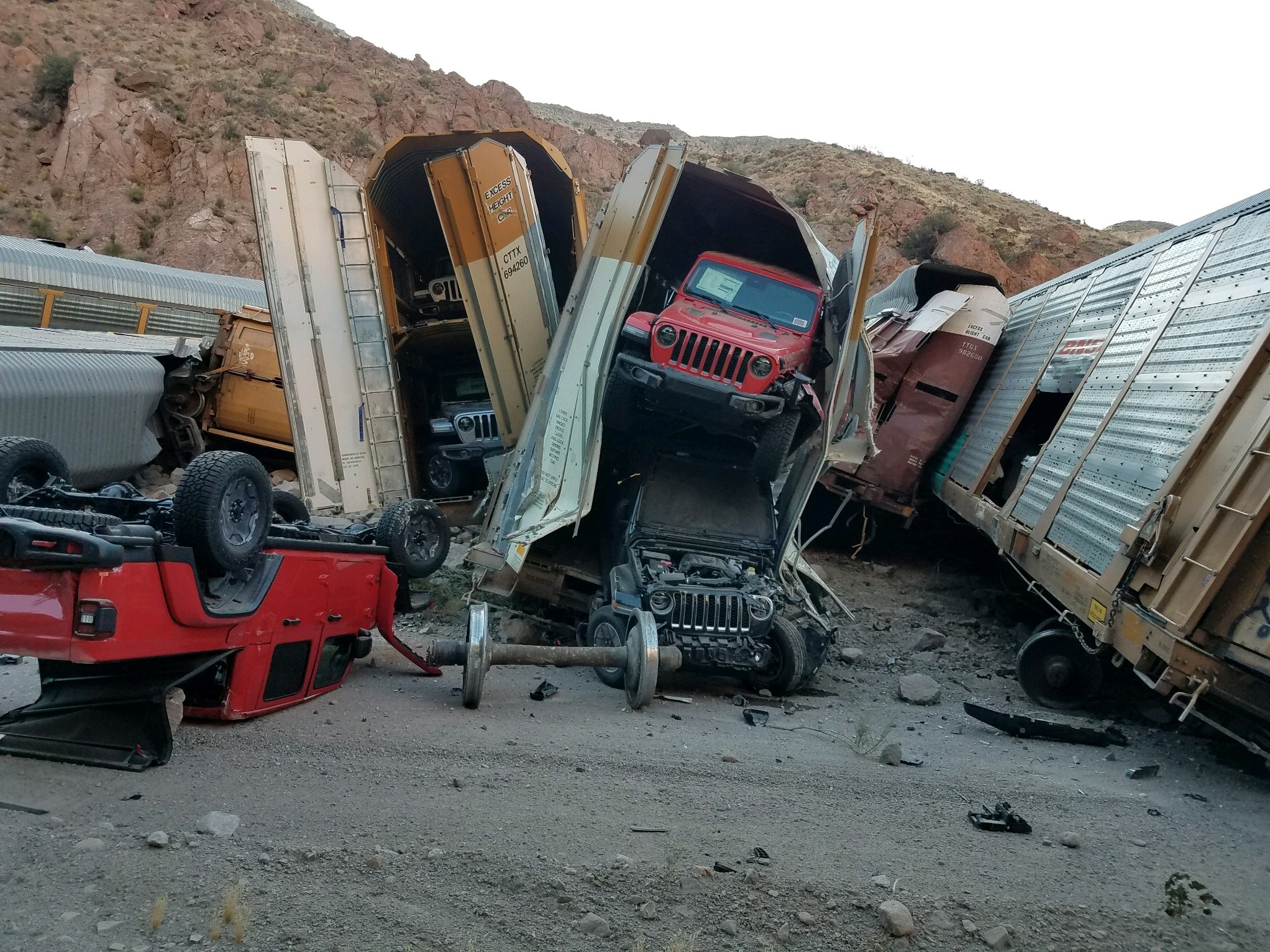 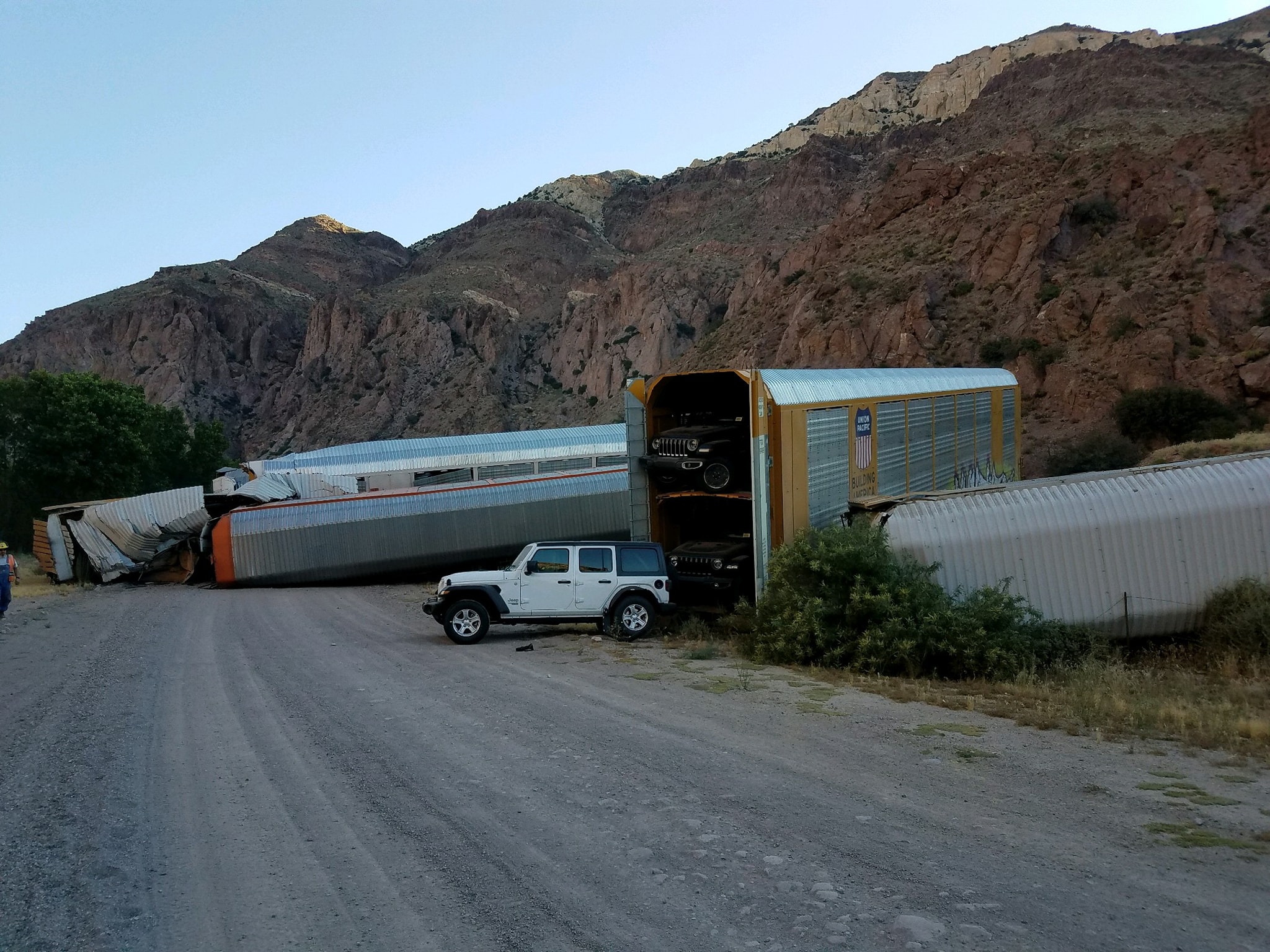