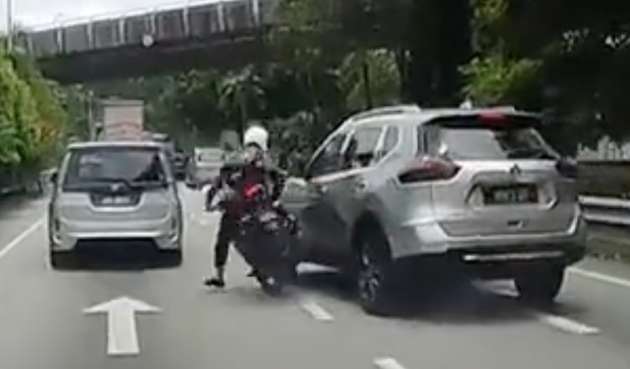 The World Health Organization (WHO) has launched a an updated manual to help policymakers to reduce the number of road traffic deaths and injuries involving motorcycles and other powered two- and three-wheelers – these are collectively referred to as PTWs. “In the 10 years since the first edition of the manual, the global landscape has changed significantly. The rapid increase in the use of powered two and three wheelers poses new challenges,” the organisation said.

The manual also contains concerning statistics. Between 2013 and 2016, the proportion of PTW (powered two- and three-wheelers) deaths increased from 23% to 28%, as observed in all regions (Africa, Americas, Southeast Asia, Europe, Eastern Mediterranean and Western Pacific). 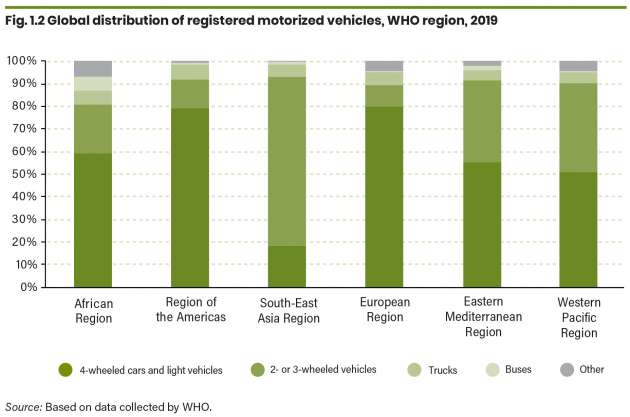 “Nearly 30% of all crash fatalities reported to WHO in 2016 involve powered two- and three-wheelers, such as motorcycles, mopeds, scooters and electric bikes (e-bikes). Crashes involving PTWs are often predictable and preventable and should never be accepted as inevitable,” WHO wrote in its manual.

Southeast Asia registered the highest increase from 34% to 43%, with the organisation pointing out that in Cambodia and Thailand, where there is a large PTW fleet, motorcycle fatalities in 2016 accounted for 73% and 74% of total road fatalities respectively.

According to FMT, as of August last year, for every 100 road deaths in Malaysia, 70 involved motorcyclists. This places our country closer to replacing Thailand for having the world’s worst death rate for motorcycle users, and between 2001 and 2021, a total of 89,953 motorcyclists have died on Malaysia’s roads.

In its manual, the WHO also listed out several key risk factors related to the environment that contribute to PTW-related crashes, injury and death. These include a lack of inclusive urban planning, minimal or no segregation of PTWs in traffic, the design of road infrastructure, road surface conditions, roadside hazards and limited public transport infrastructure (restricts commuter choice).

Meanwhile, risk factors to the road user include failure to wear helmets, excessive speeding, alcohol impairment, a rider’s age and lack of experience, failure to notice approaching PTWs. A lack of crash protection for PTW riders and passengers also puts them at risk, along with the stability of PTWs and potential braking errors also contribute to road deaths involving PTWs.

The WHO manual was launched at the Global Regional Road Safety Observatories Dialogue on Motorcycle Safety, held at the Asian Development Bank in Manila, the Philippines. FMT’s report notes that a delegation from the Malaysian Institute of Road Safety Research (MIROS) is at the event and sharing the research and findings on motorcycle crashes from Malaysia’s perspective, as well as demonstrating the effectiveness of ABS systems for motorcycles.