The Mercedes G-Class is one of Benz’s most iconic offerings. Starting life as a military vehicle in the late ’70s, the now-luxurious 4×4 is a hit in the SUV-crazed United States and abroad. With plenty of power, real off-road capability, and tough looks, it’s got the staying power most other flagships wish they had.

The G-Class has had nearly two dozen engines since the original W460-coded vehicle began production in 1979, but now it’s time for something a little different. Electric power is finally coming to the G-Class under what will likely be the EQG moniker. Despite numerous modifications to enter the electric arena, Mercedes has made sure not to mess with what makes the truck great off-road while adding even more capability on top of that. 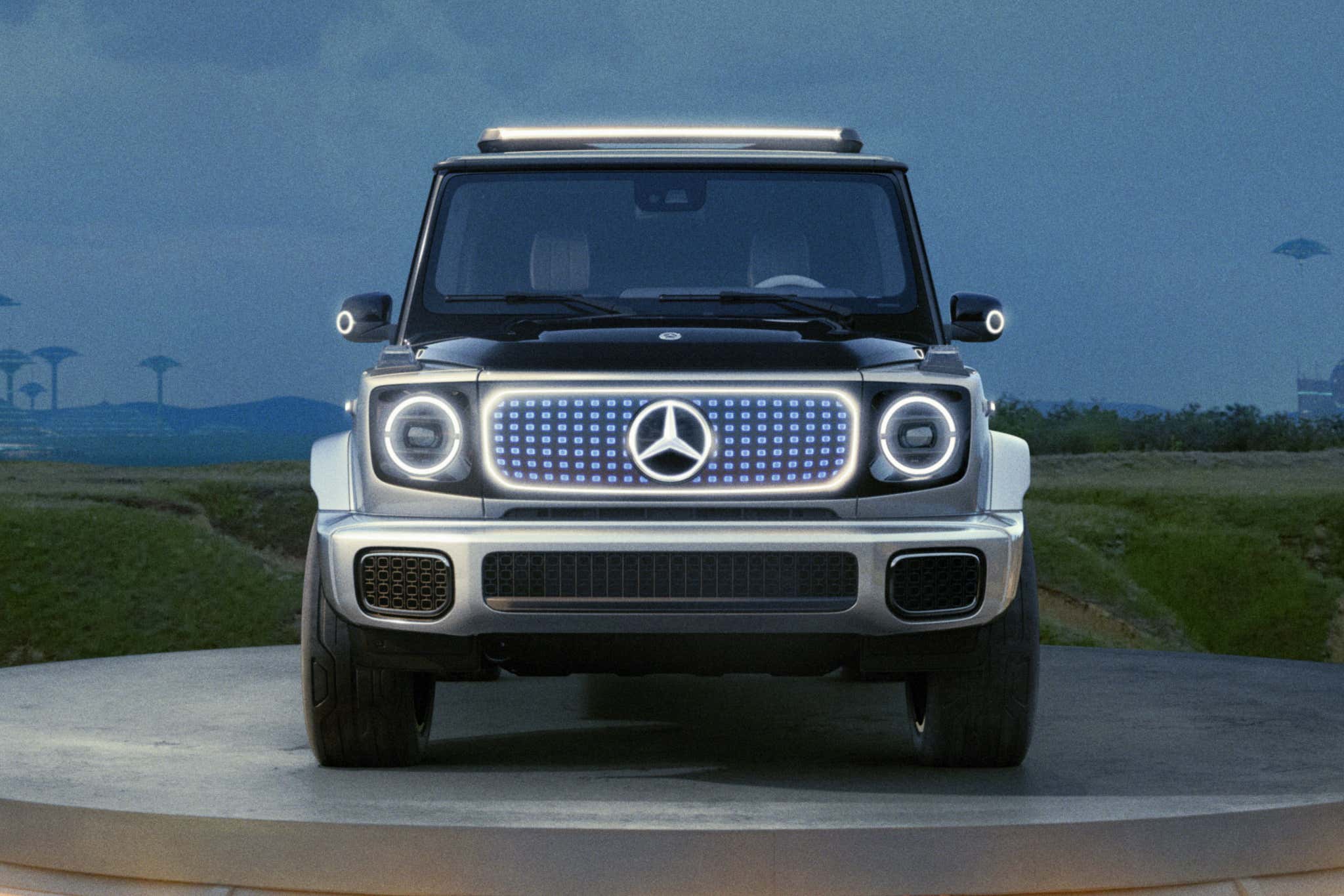 Known as the W463, the latest iteration of the G-Class was revealed in 2018 and that’s what the EQG Concept we see here is based upon. The W463 features independent front suspension, a solid rear axle, and four-wheel drive. Importantly, it’s built on a ladder frame chassis, which many consider to be fundamental for four-wheeling—that’s also where its batteries are stored. The new EQG retains all of that while also using its new electric drivetrain to its advantage.

Every wheel of the new G-Wagen gets its own electric motor. Mercedes says they’re mounted close to the wheels themselves and are “individually controllable,” which hints at features like torque vectoring, and maybe something similar to Rivian’s Tank Turn. The automaker even went through the trouble of developing a new type of solid axle to accommodate electric drive, which says a lot about how dedicated it is to keeping the G-Wagen’s formula intact.

Interestingly, the German automaker also says the EQG has a way to select low-range for the drivetrain. Specifically, it says there’s a “shiftable two-speed gearbox.” It’s unclear exactly how this works, as the EQG quite clearly doesn’t follow the form of Jeep’s Magneto concept, but we’ve reached out to Mercedes for clarification. It may just limit the electric motors’ speed or increase their torque temporarily; however, including the word “gearbox” seems to imply something physical going on.

Mercedes hasn’t hinted at the electric range or power of the vehicle yet, but it’s made it clear that the EQG will be tested like any other G-Class. That means a trip up Schöckl mountain in Graz, Austria. The company claims the 3.5-mile trail has gradients up to 60 degrees and is “one of the world’s greatest challenges for man and technology.” That may be a tad dramatic, but taking a peek at the trail from a brief preview when the last G-Class was unveiled gives us a hint at what the EQG will have to overcome.

A curb weight was not offered in the press release provided by the automaker, but the AMG version of the G-Class already weighs 5,842 pounds. With the addition of a heavy battery and electric motors, that weight will likely balloon to well over 6,000 pounds. In that sense, the new EQG might be a closer competitor to the four-and-a-half-ton Hummer EV than one might expect. In any case, it’ll be exciting to see the truck’s specifications when it gets a full release.