Arguably one of the most famous Ford Pintos in the world—and yes, that’s a pretty short list—this Car and Driver magazine-built race car is a survivor.

Unfortunately, it backed into a wall at Daytona International Speedway Saturday at the Daytona Historic Races, where I myself am hanging out this weekend, but the damage is not quite severe. 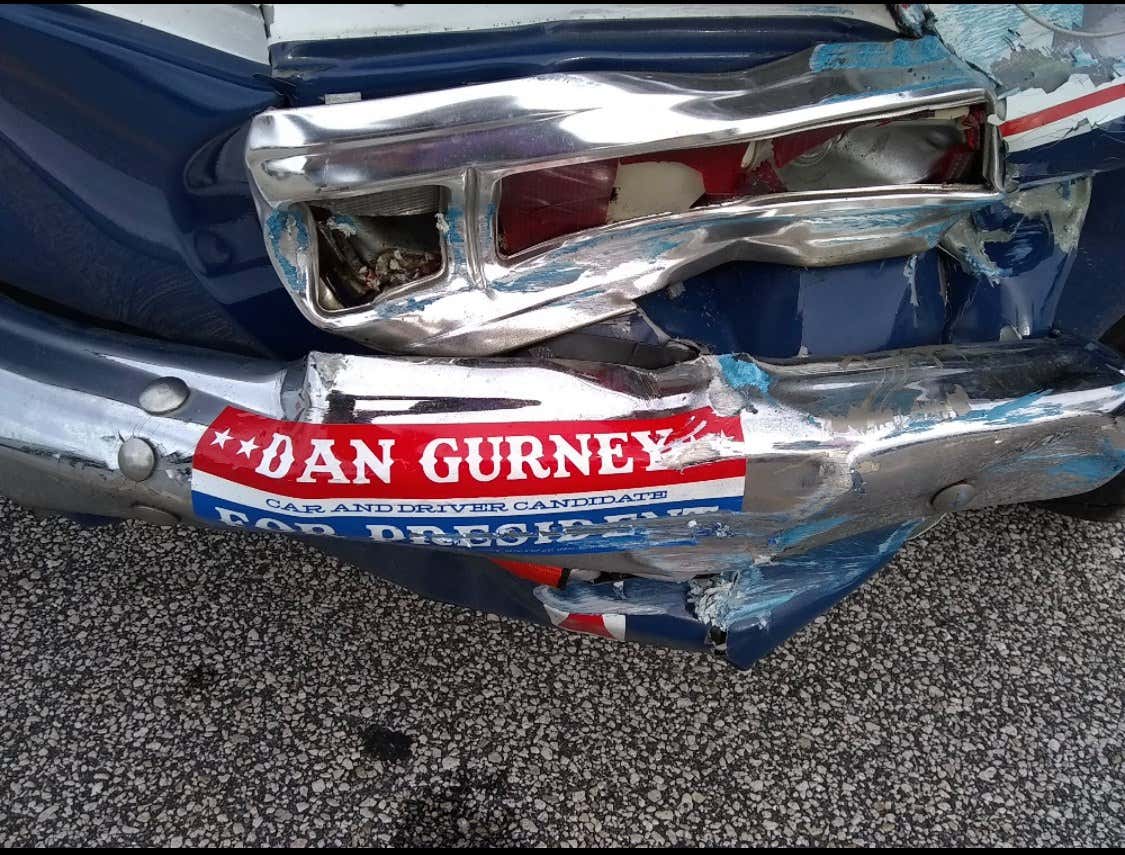 And fortunately, the Dan Gurney for President sticker on the back bumper survived surprisingly well. In the 1970s, thanks to Car and Driver, those stickers were on bumpers all over the place, and who could argue that Gurney wouldn’t have made a great president?

But we’ve had enough arguments about who should lead the country. Here’s the Pinto’s tale.

Car and Driver columnist Patrick Bedard and Ron Nash bought a 1972 Pinto with 30,000 miles and proceeded to turn it into a race car for the new IMSA Goodrich Radial Challenge Series. They raced it in four IMSA races in 1974—Lime Rock, Daytona, Charlotte and Talladega. The car was the polesitter for two of the races and won the 300-mile race at Charlotte.

The Pinto was sold to a customer who raced it for a year or two, then the Pinto just sat. For 30 years.

Don Sherman, former editor of Car and Driver and a meticulous engineer, found the lonesome Pinto in 2005 and restored it to its former near-glory. It was sold to a racer in California, who competed in it until 2018, when he passed away.

Then, Brian Walsh, who knows as much about Pintos as any man alive, bought the car from his widow. Racer Walsh, the company and website, is famous for its racing Pintos, as well as any Ford four-cylinder product.

Unfortunately, Saturday morning, the brakes locked on cold tires and Walsh skidded into a wall. The right rear corner and Dan Gurney took the brunt of the blow, which will no doubt be fixed by Walsh in short order.

With Walsh, the car is in very good hands and is one of the few examples remaining of the era when magazines had enough money to do cool things.