Chevrolet might be mad about this. A photo posted on Corvette Forum and Instagram shows what seems to be the undisguised rear end of the forthcoming mid-engine C8 Corvette. While it’s only a single, somewhat blurry shot, it provides one of the best looks yet at the hotly anticipated sports car.

Let’s break down what the photo shows. Stylistically it’s pure modern Chevy, with plenty of sharp creases and angles that build on the aggressive look of the C6 and C7 Corvette. Four taillight lenses are a signature Corvette design trait, although the design has been reinterpreted here. Whereas previous versions had four distinct lens elements, it seems that the C8 will have two taillight housings, each bisected by C-shaped moldings. 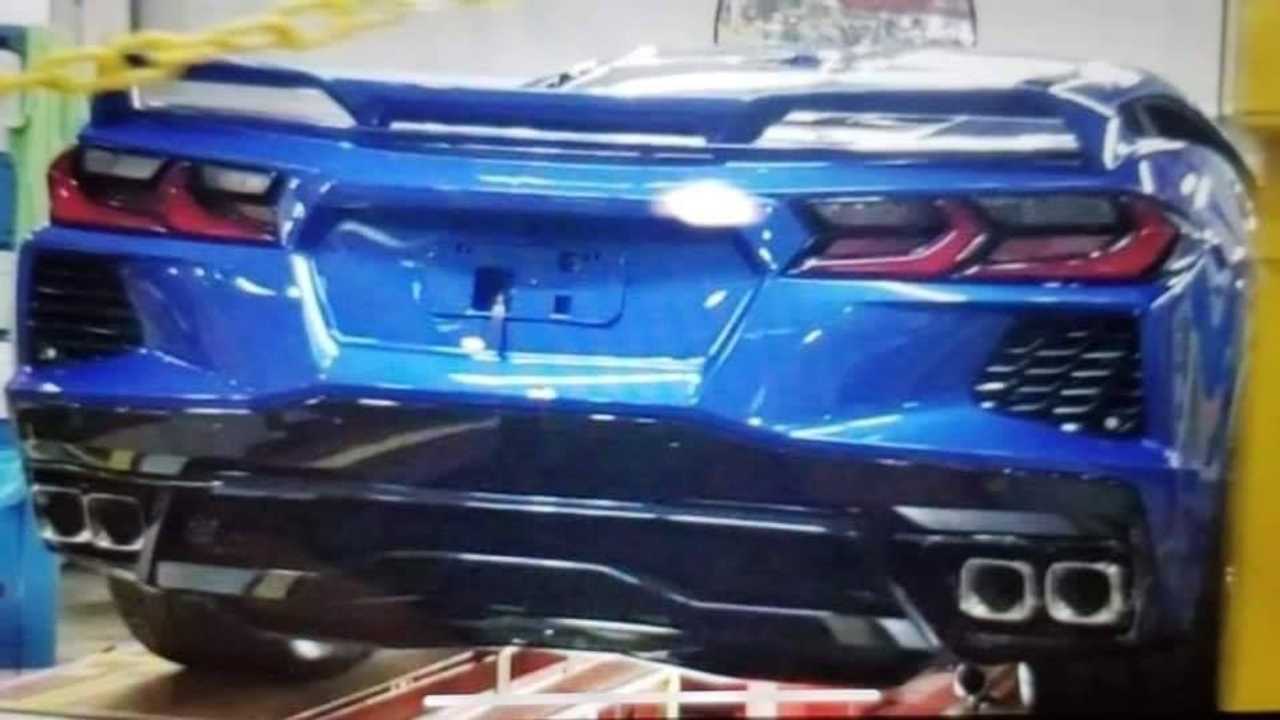 Below the taillights are two large mesh-covered openings, presumably to allow airflow through the engine bay. While the C7 Corvette has small aero ducts next to the taillights, vents of this size and positioning are new to the C8—similar apertures are frequently seen on other mid-engine vehicles. Further down, we see four square exhaust outlets, two at each corner. This setup is a departure from previous generations, which from the C5 onward have arranged four circular outlets centrally in the bumper.

Apparent, too, is the C8’s aerodynamic focus. Low on the bumper we see a diffuser to help direct air passing under the car. At the top, though, there’s a multi-channel wing that’s more complex than any previously seen on a regular Corvette. It looks to be the same design we’ve seen on camouflaged prototypes. We’ll have to wait and see if this is standard equipment or part of a package.

Finally, and perhaps most obviously, the car is very blue. Red may be the traditional hue for America’s sports car, but we’re glad to see that Chevrolet will continue to offer the Corvette in other eye-catching shades. 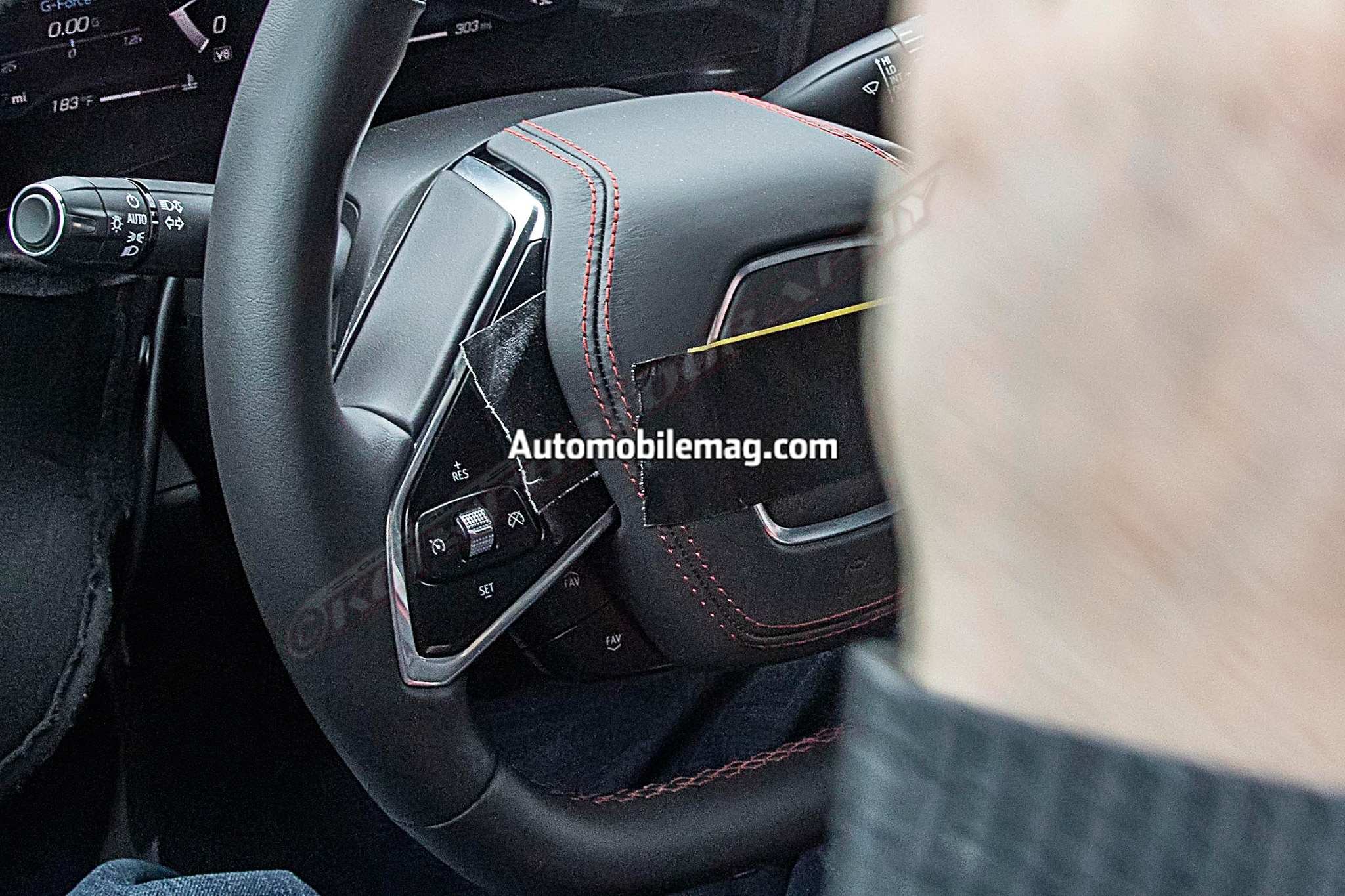 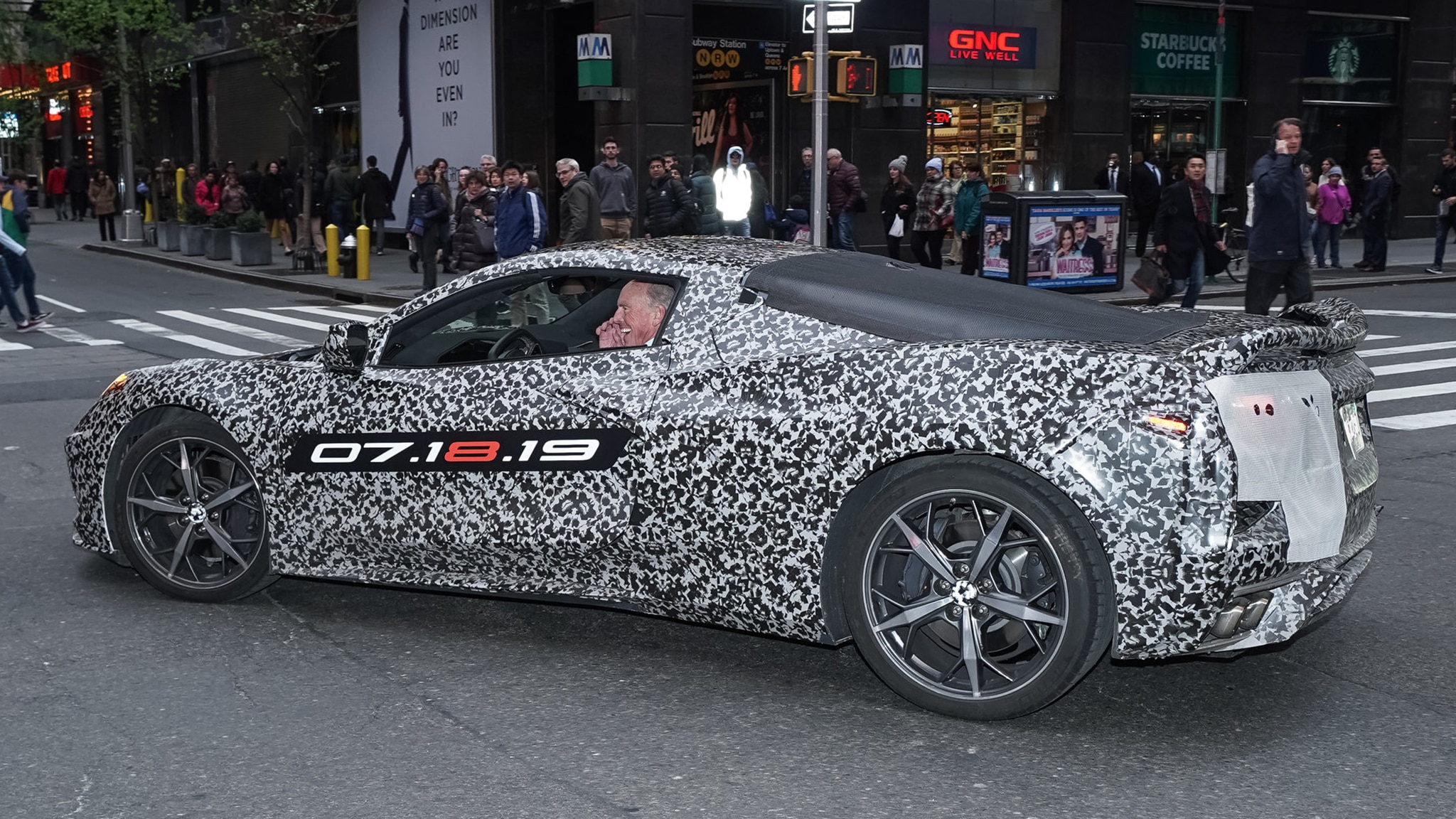 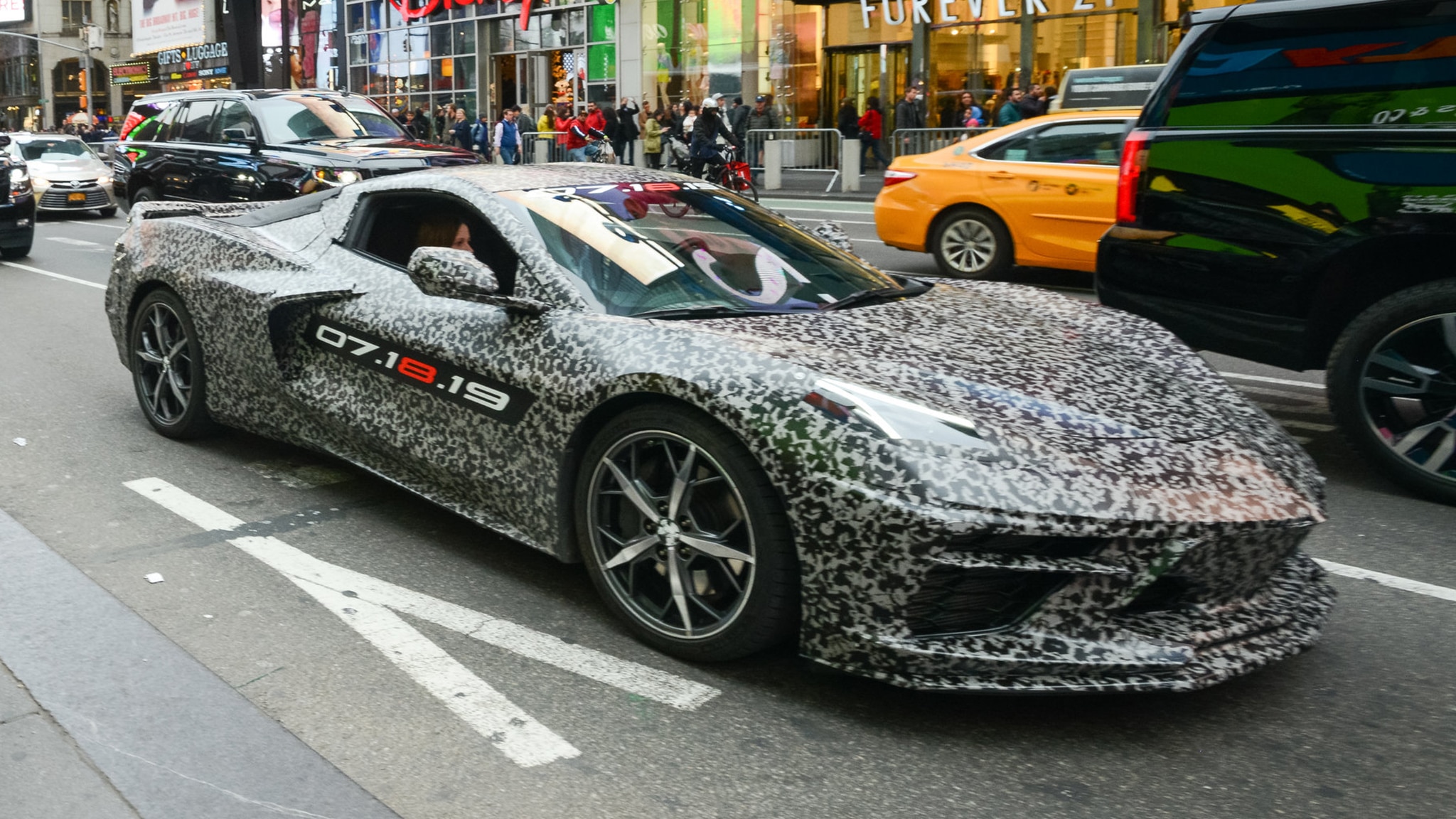 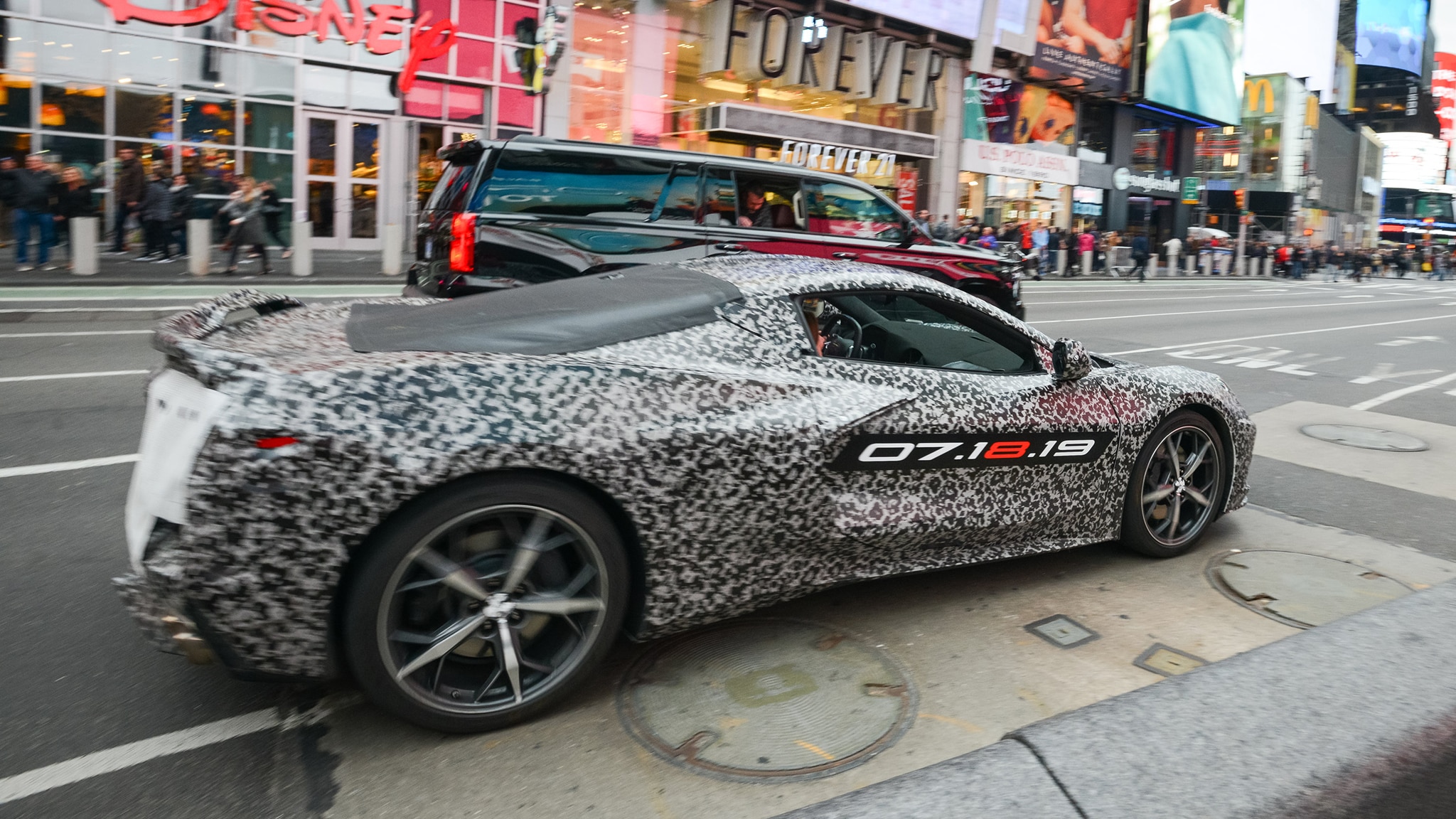 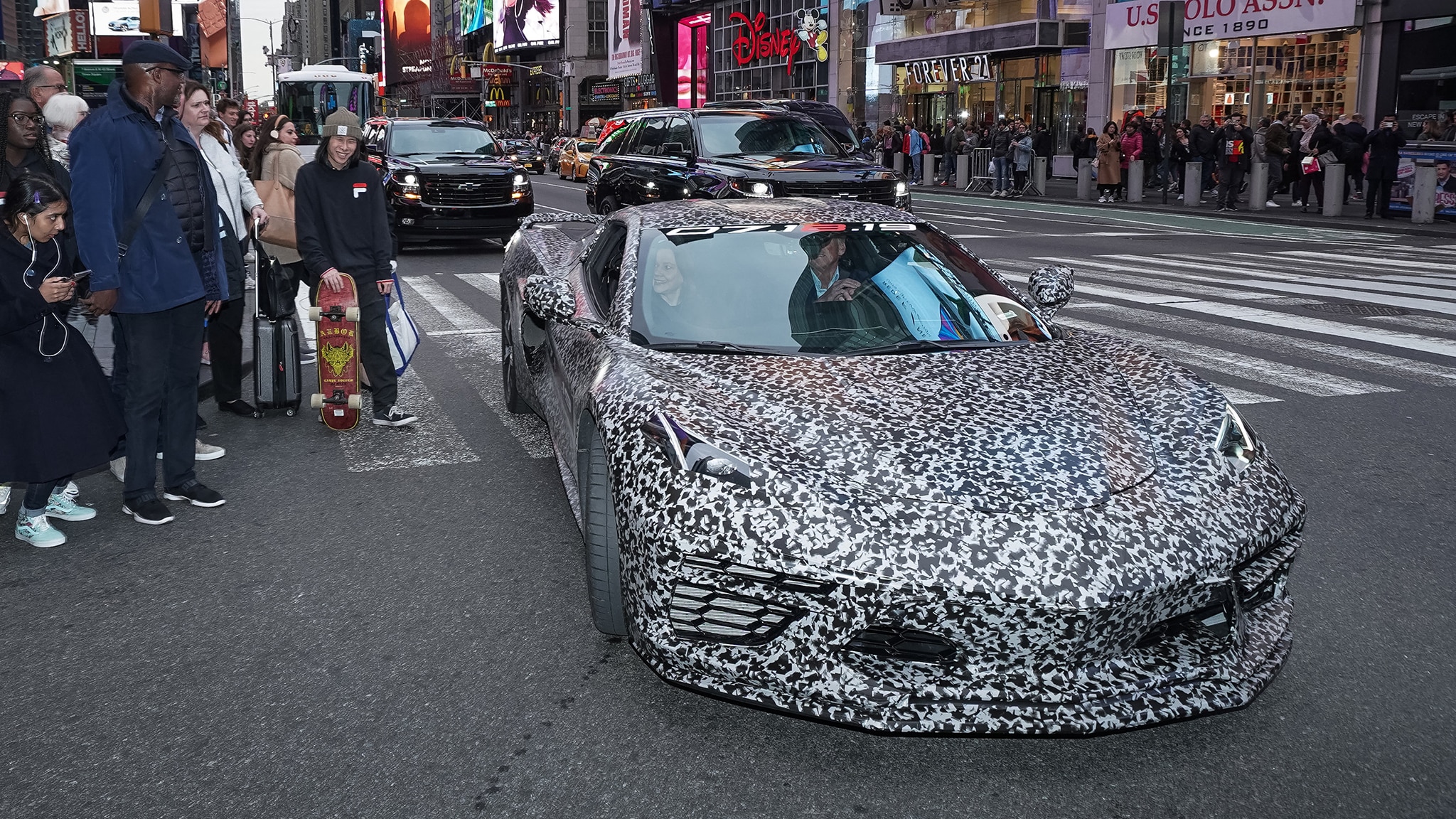 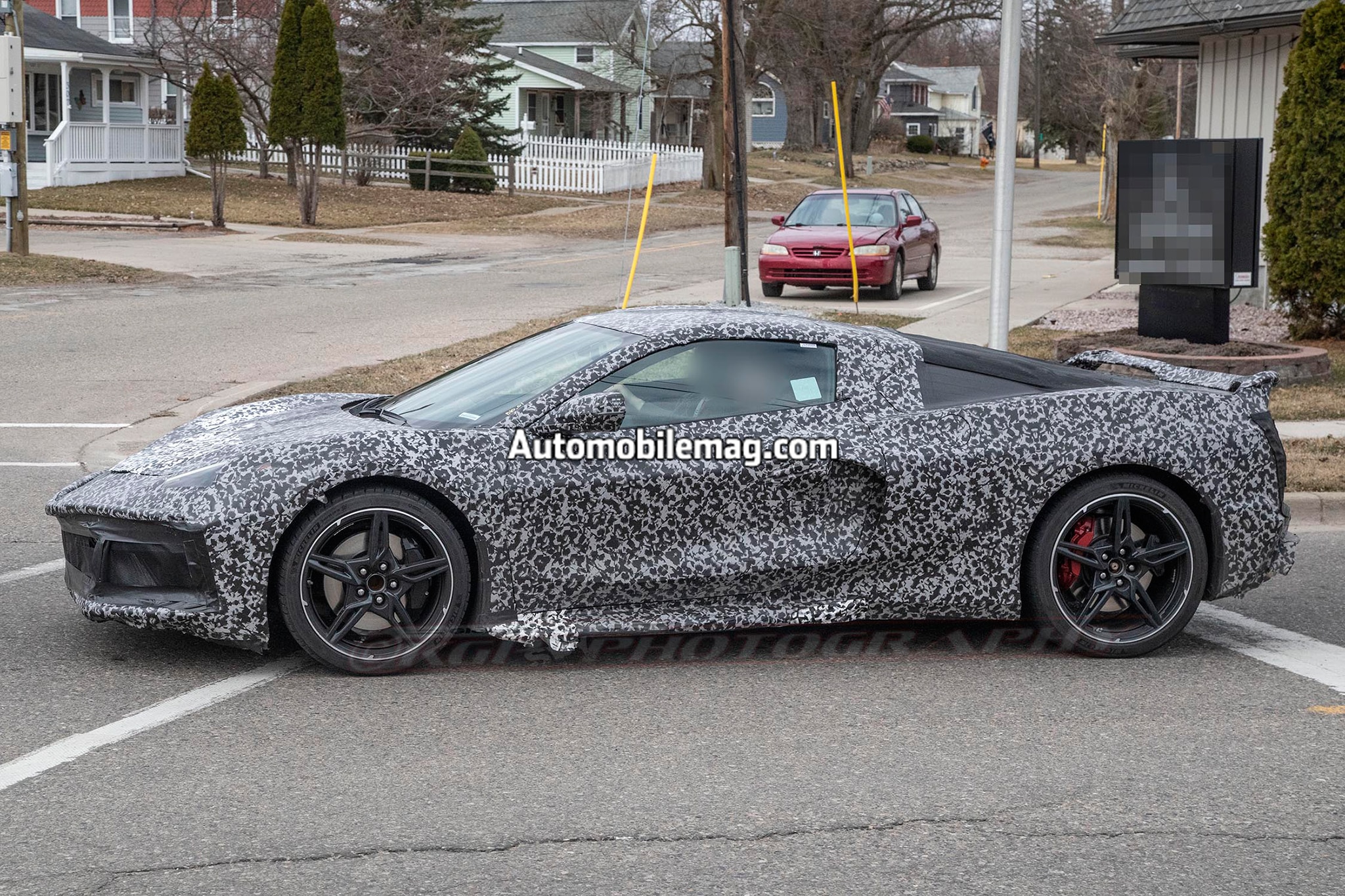 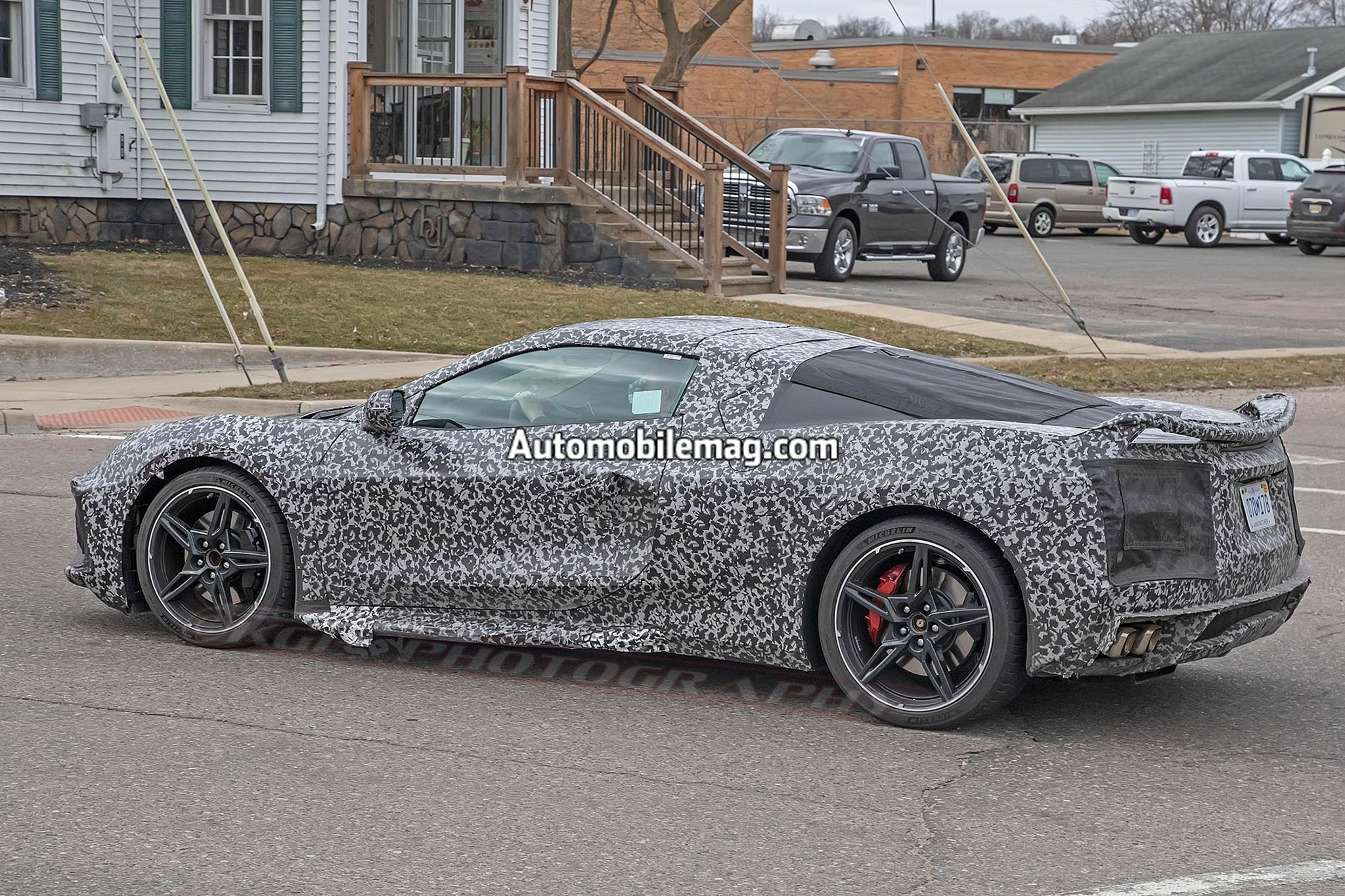 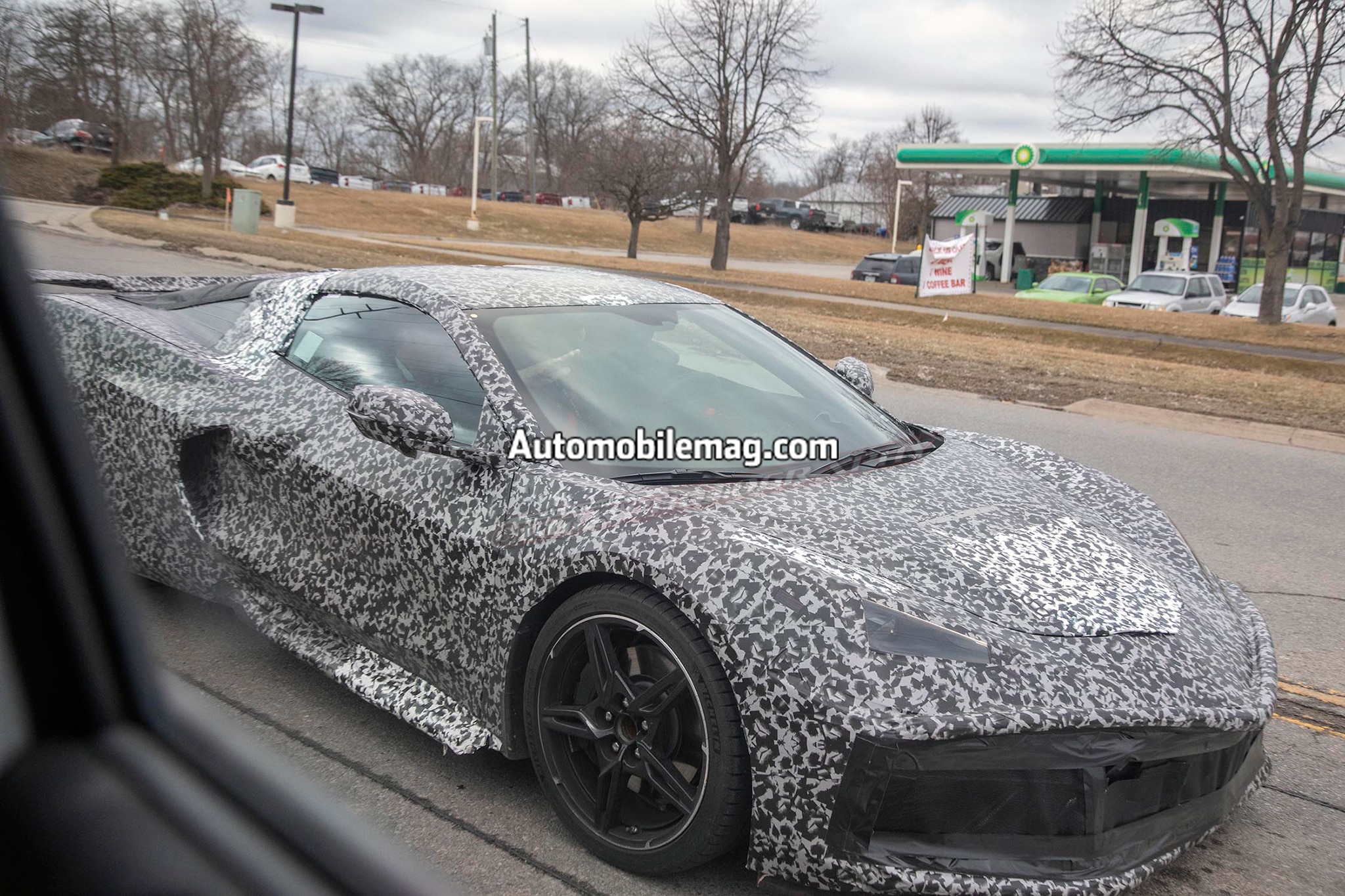 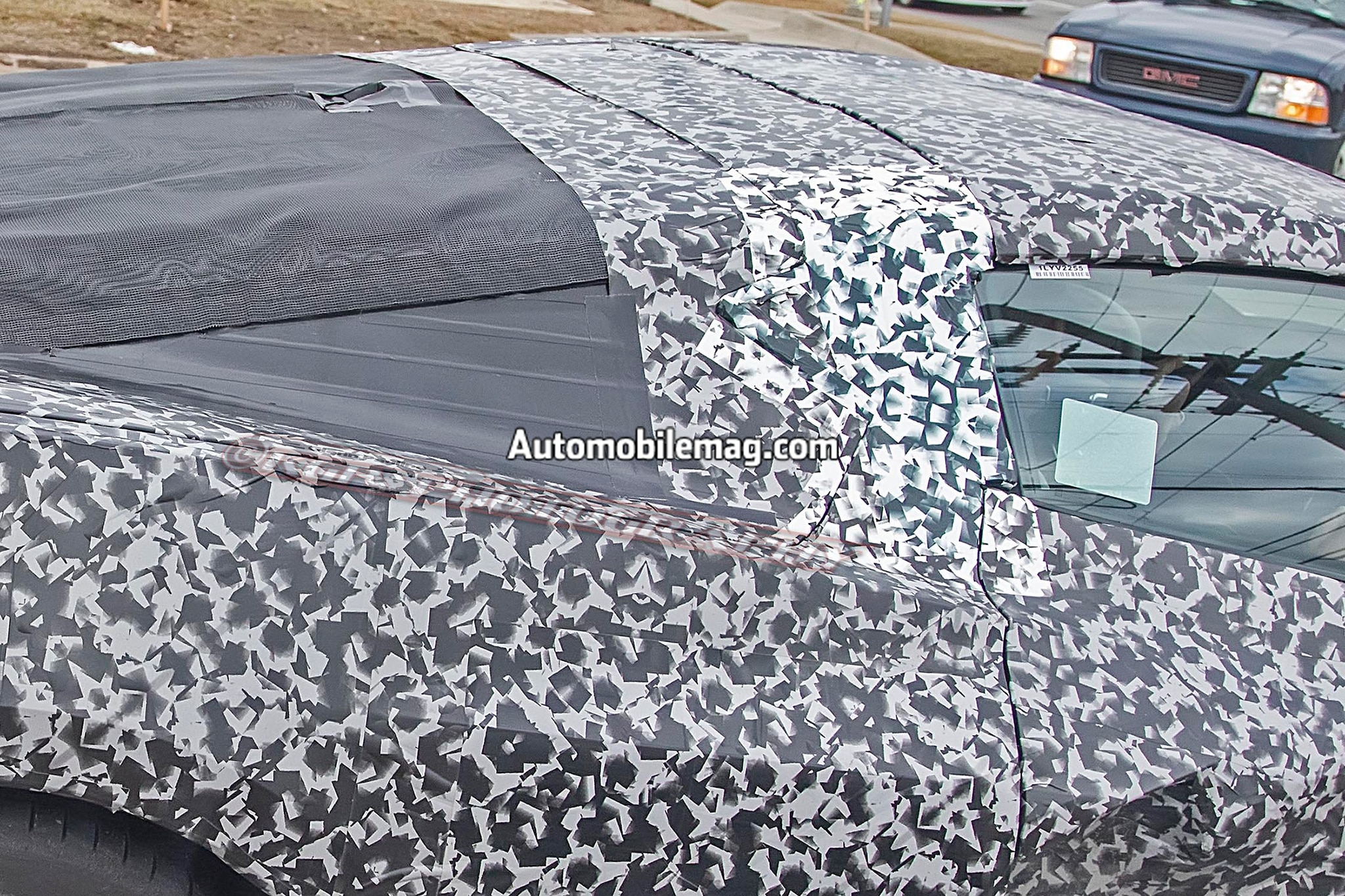 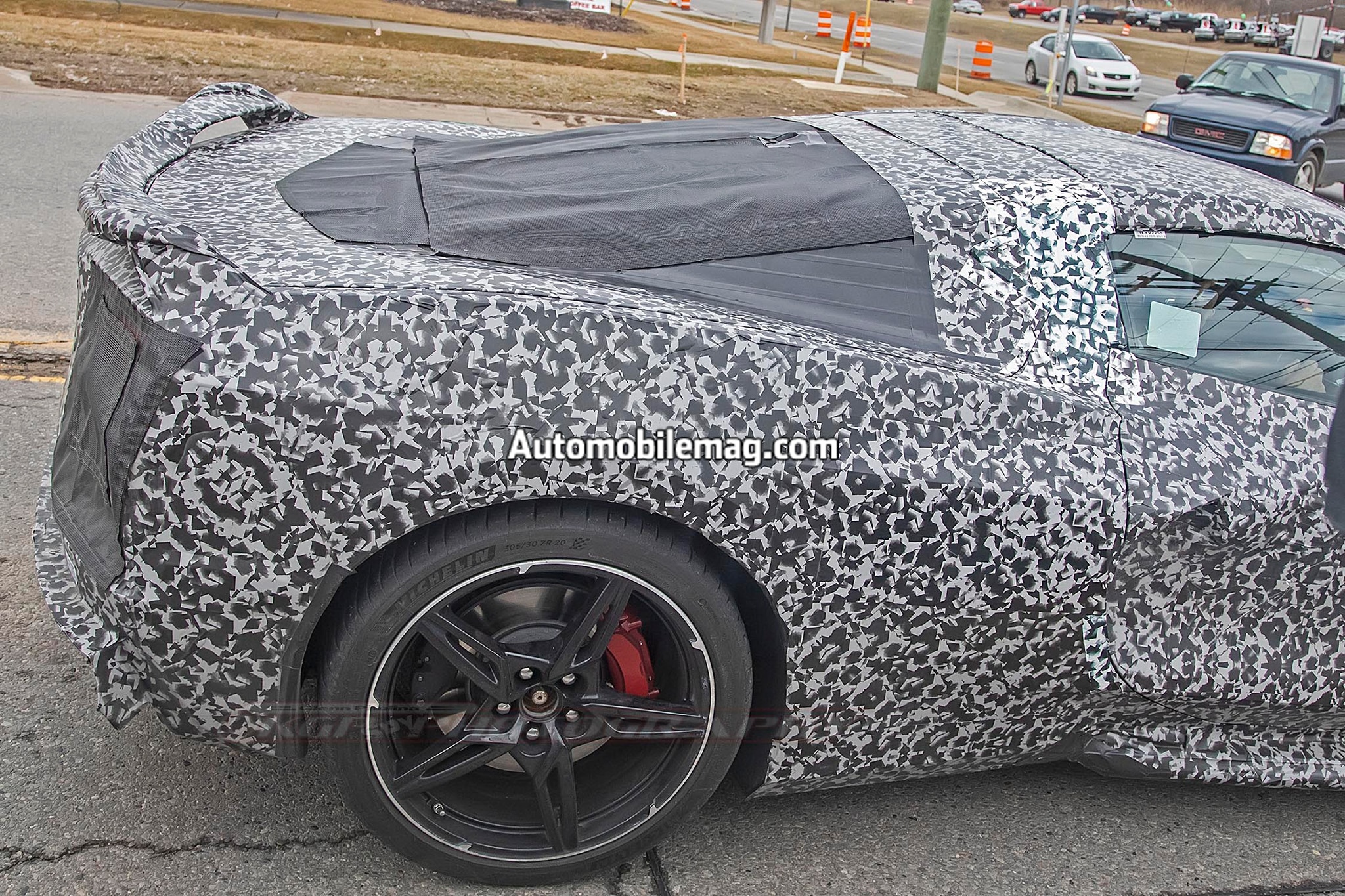 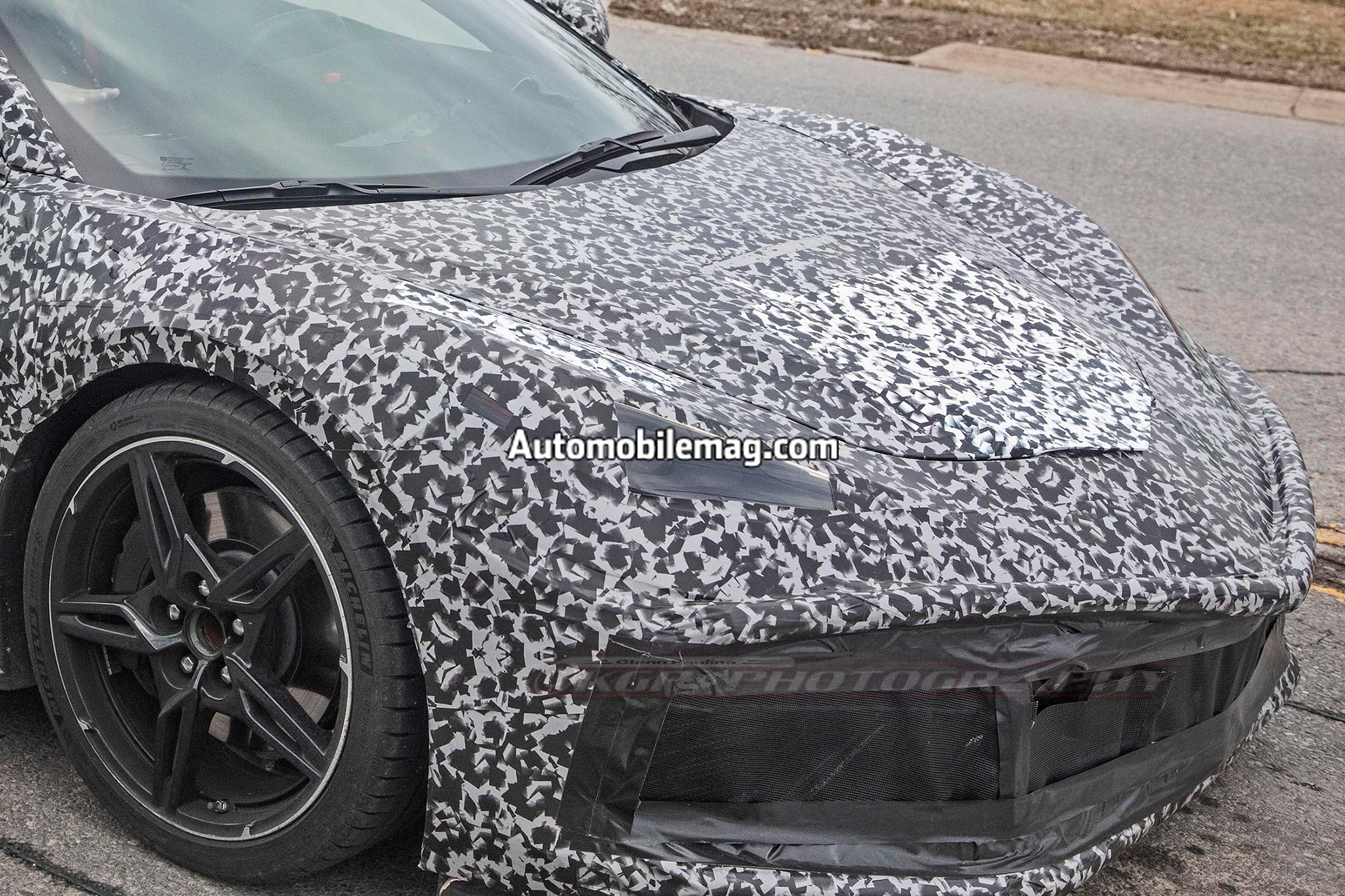 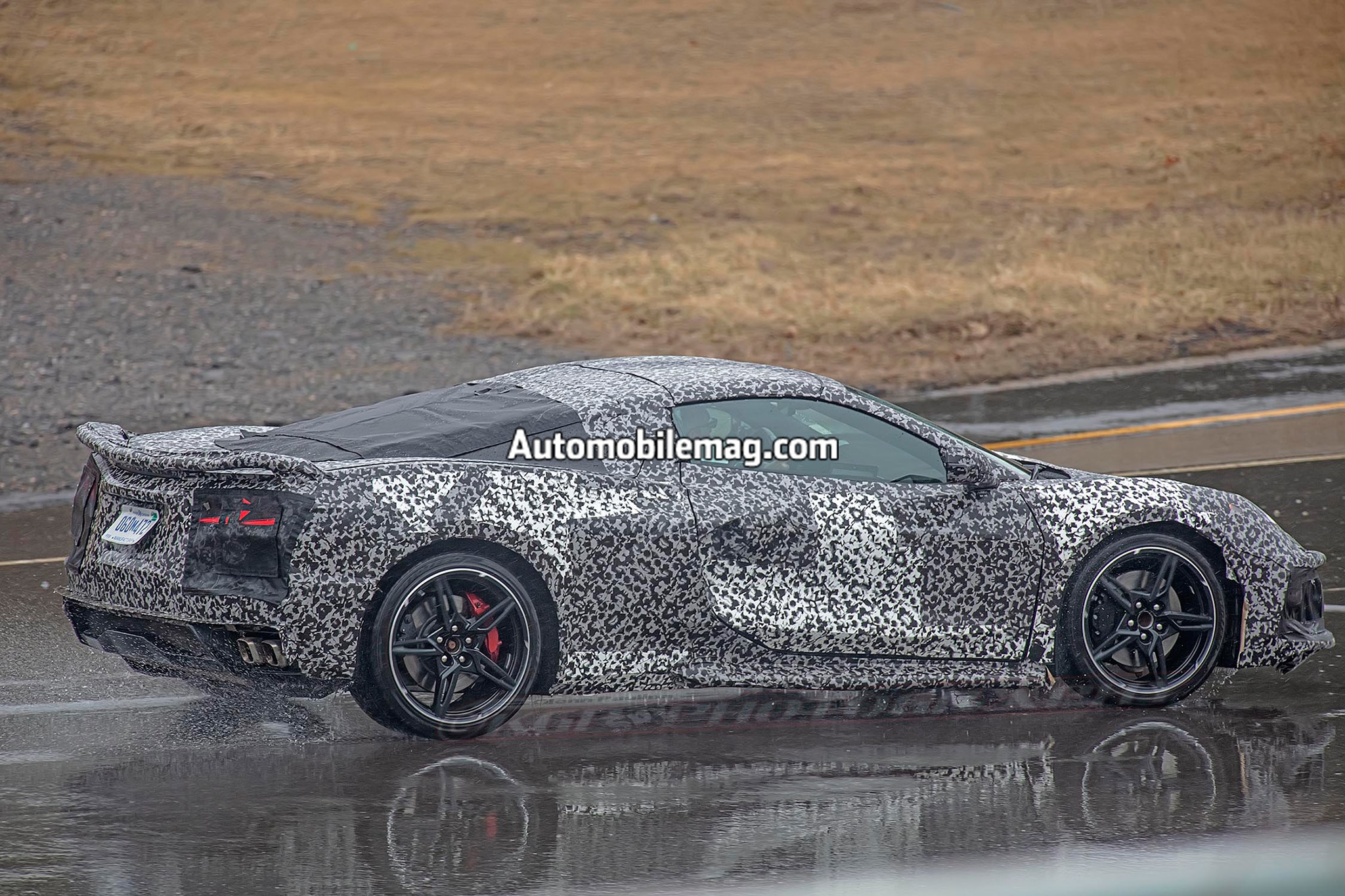 The C8 Corvette’s July 18 launch date is approaching fast, and other details are likely to leak out before then. We’ll share those with you, and we’ll be on the ground at the launch event in Orange County, California, to find out everything that will make this Corvette the best one yet.