When what looks to be a Hummer H2 went up in flames in Homosassa, Florida on Wednesday, Citrus County Fire Rescue discovered the exact scene everyone’s been warned about. The vehicle’s driver had just filled up multiple containers of gasoline during what looks to be a panic-buying spree but didn’t make it far from the pumps before the fuel ignited. Emergency personnel had the fire contained in roughly 10 minutes after arriving and although an injury was reported, the person refused medical transport against the advice of on-scene workers.

The Citrus County Chronicle reports that the call came in at 10:52 a.m. local time alerting 911 of the incident and its location near South Alabama Avenue and West Grover Cleveland Boulevard. In photos released by Citrus County Fire Rescue, you can see the fuel station in the background, showing they were only yards away from causing an even bigger explosion. 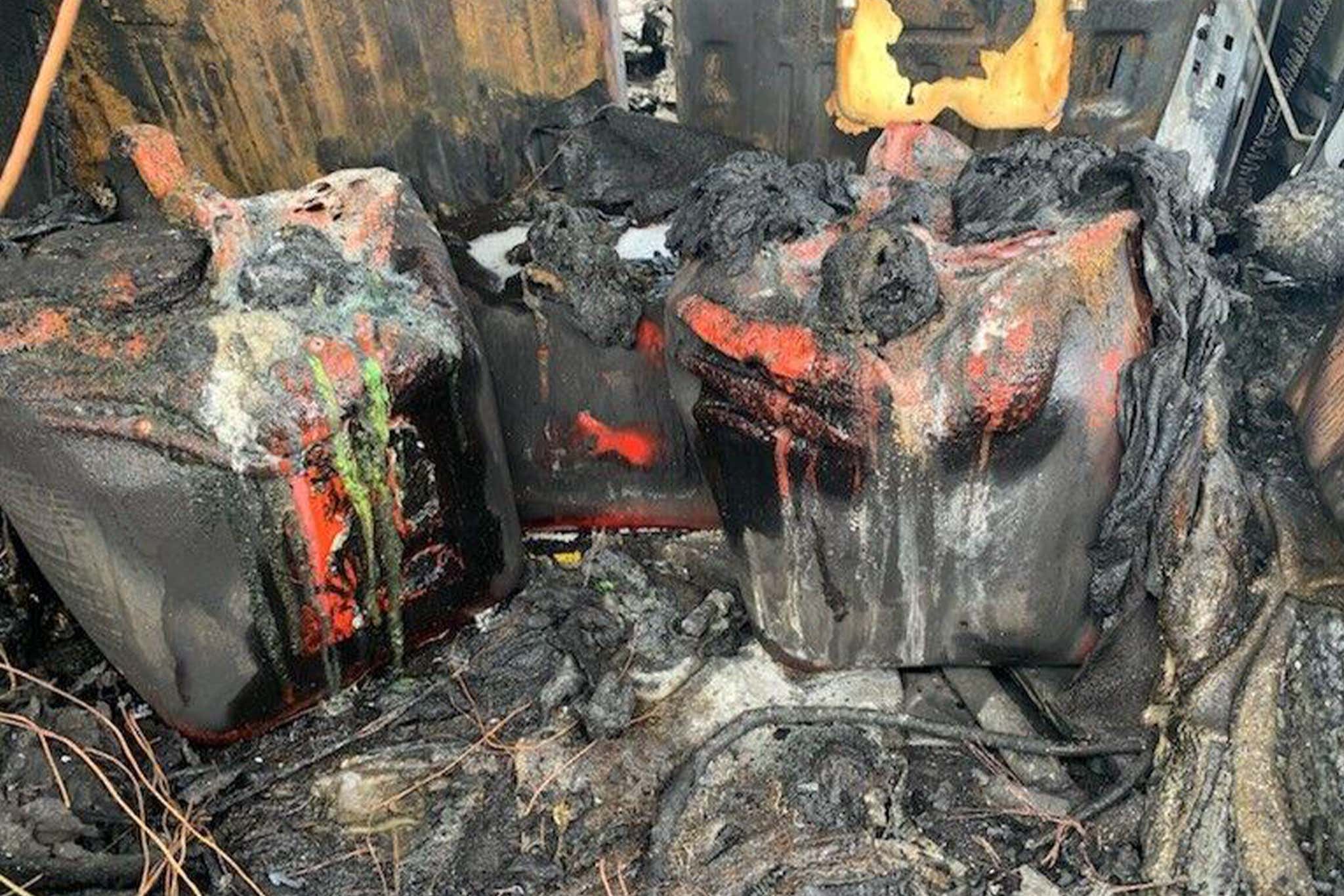 Fire crews found four five-gallon containers filled with fuel in the back of the Hummer, melted and blackened from the flames. They cleared the scene in less than three hours and the Florida State Fire Marshal is currently investigating the situation. Because of that, they were unable to comment when reached by The Drive.

A Reddit post claims the driver lit a cigarette in the Hummer, causing the fuel to combust, but that alleged detail is nowhere to be found in records of the incident.

The Florida Department of Environmental Protection was called on to coordinate a clean-up of the spilled fuel. It seems like the gas was properly stored, which can’t be said for a ton of other viral moments amidst the East Coast’s fuel shortage. With the Colonial Pipeline back in operation, hopefully we’ll see fewer folks buy in unnecessary bulk—and without any plastic bags in hand.