Everybody loves a good concept car story, especially when said concepts manage to escape the crusher by extraordinary means. This, unfortunately, is not one of those cases. Thursday, someone on Facebook posted incredible pictures to the Foreign Market Car Sightings group of two Nissan concept cars, the 2002 Nissan Quest Concept and 2007 Bevel Concept. They’re sitting with their tires deflated at a scrapyard outside Nashville, not far from the automaker’s American headquarters in Franklin, Tennessee.

Friday morning, we decided to dig further and contact Nissan as well as the scrapyard itself. As we all feared, the situation is dire.

“They’re not for sale, man,” the junkyard employee at the other end of the line told me. “They’re getting crushed.”

A Nissan spokesperson had much the same to say. They claimed that the two vehicles were kept for a long time in the automaker’s heritage collection; however, their condition had deteriorated to the point where they could no longer be maintained. “We kept them around as long as we could,” they added.

As pre-production vehicles, they cannot be sold to the public. Donation isn’t on the table, either, as they’re now at the end of “a long-term disposal plan.” 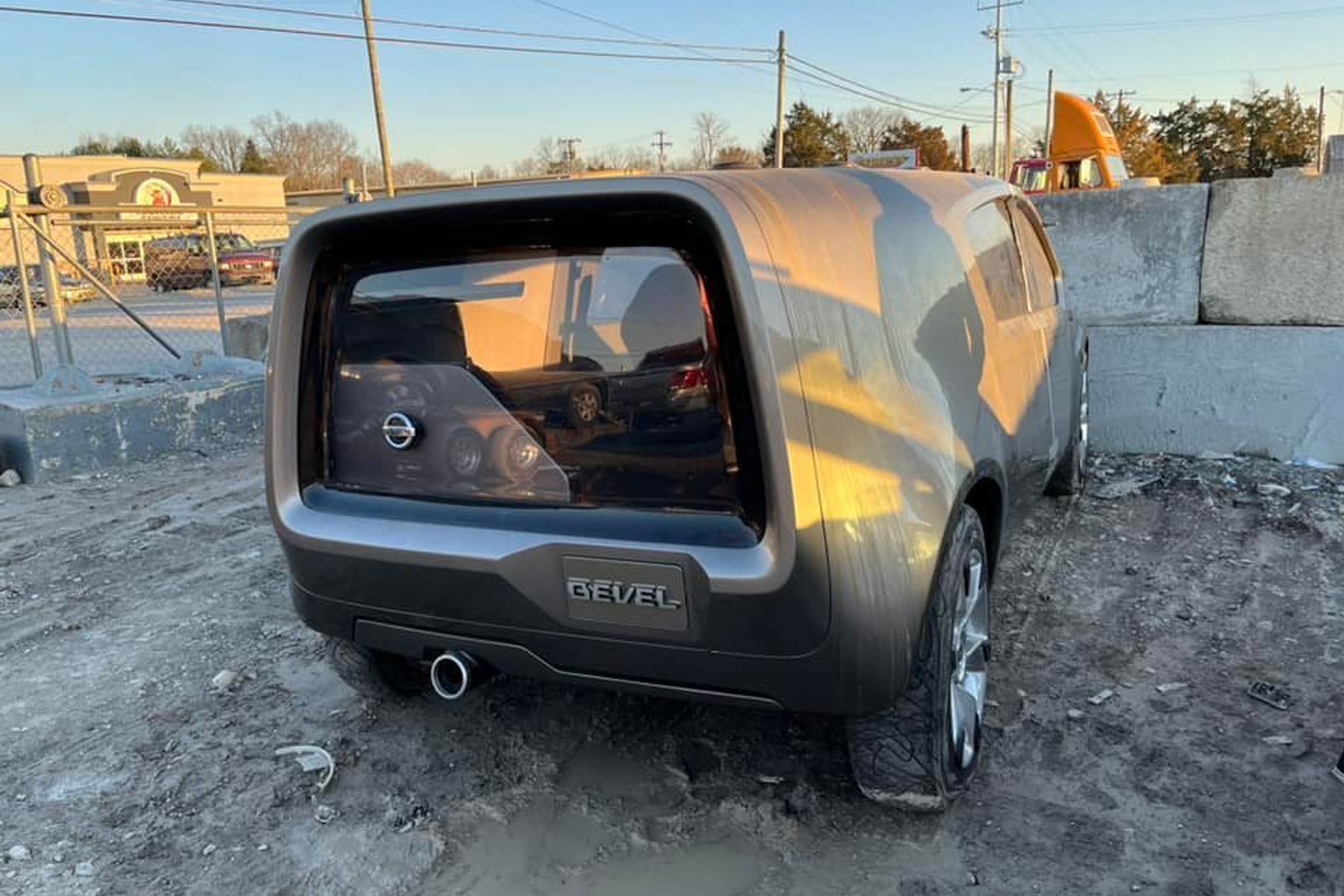 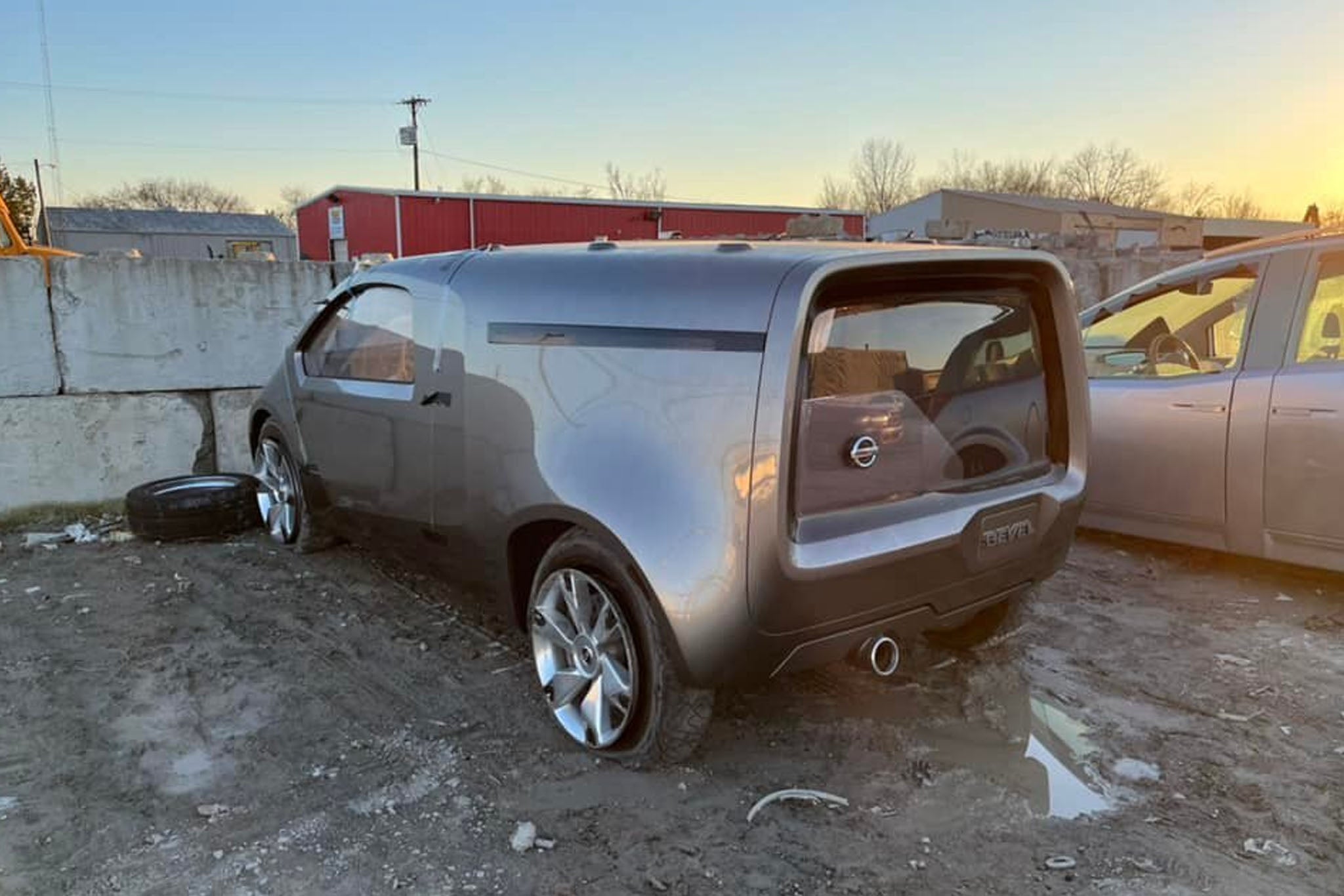 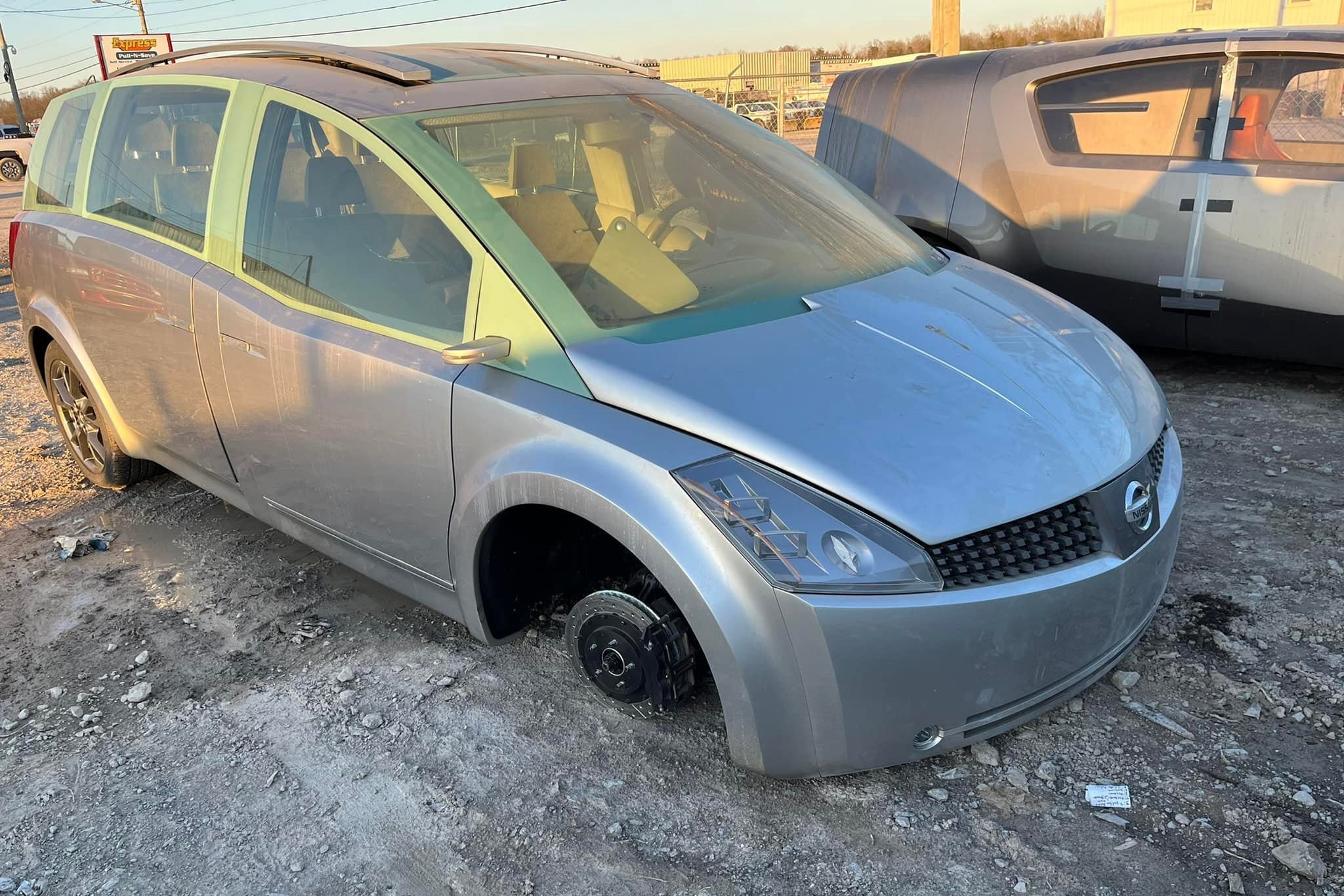 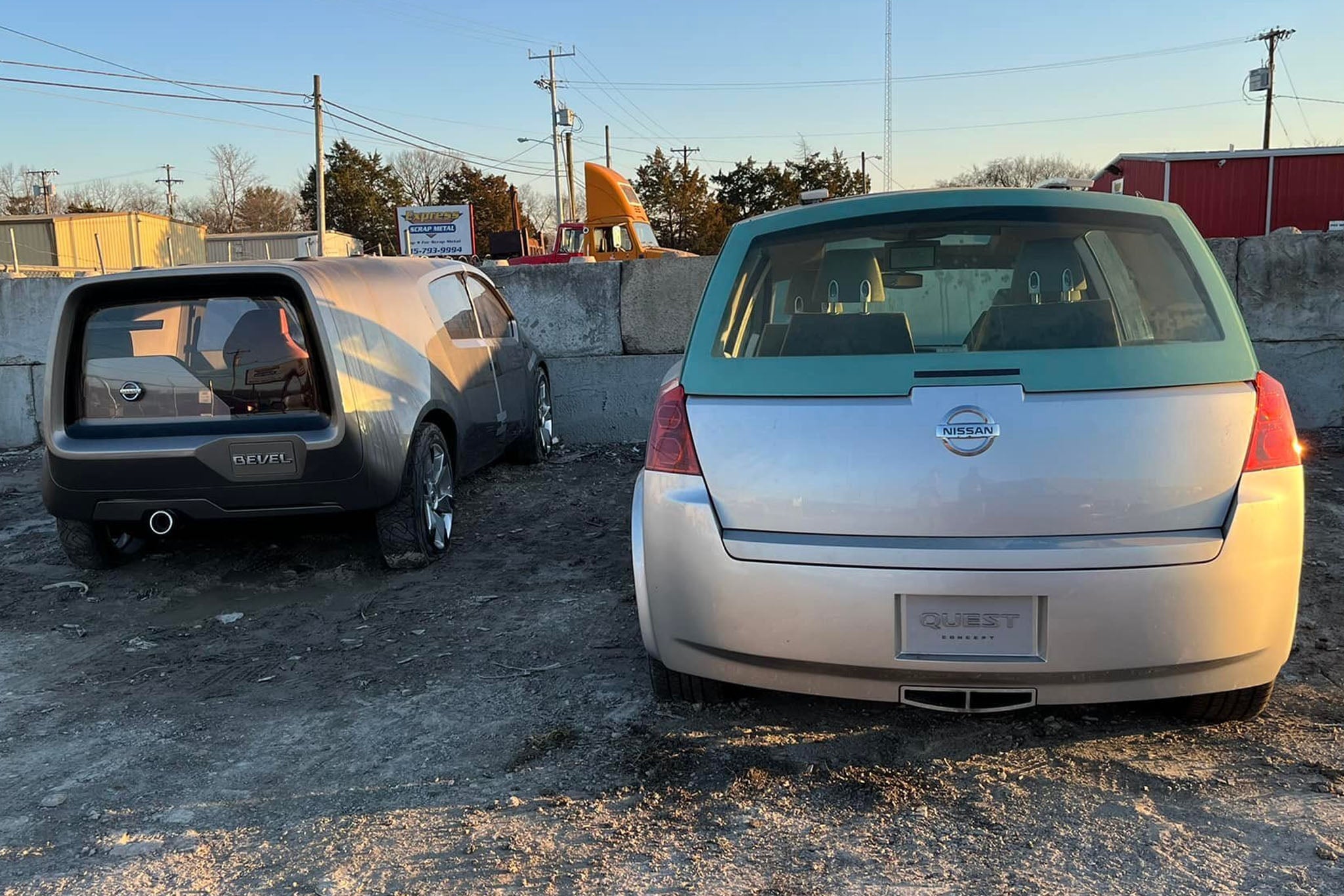 The curious onlooker who found the cars, Dayton Cooper, confirmed what the spokesperson had to say and also expanded on the situation. According to him, the Bevel was what caught his eye, and it appeared to be in good condition. “The Bevel was in better shape than the Quest,” he told me. “None of the windows were busted, all the wheels were there, and the interior was pretty clean besides some dust.” He believes, although he wasn’t able to examine the car super closely, that the Bevel would look “good as new” if somebody aired up the tires and gave it a quick wash.

Cooper was also able to get more info out of the scrapyard employees. According to him, this yard in particular crushes concept cars relatively frequently. “After a couple of minutes taking photos and talking about them, an employee parked his truck pretty close to us. He got out and told [us] he crushes concept cars pretty often, and actually had two others somewhere else but he wasn’t sure what they were.” It evidently wasn’t clear whether all the concepts crushed were from Nissan, nor was it noted when the cars were set to be destroyed.

The other two concepts mentioned by the scrapyard worker, like the pair Cooper found, were destined for the crusher, a process that Nissan allegedly “requires video of” in order to confirm that the deed has been done. “He came across to me as a guy who just works there and doesn’t think much of what the cars are,” Cooper noted. “I knew there was no chance of them being saved.” 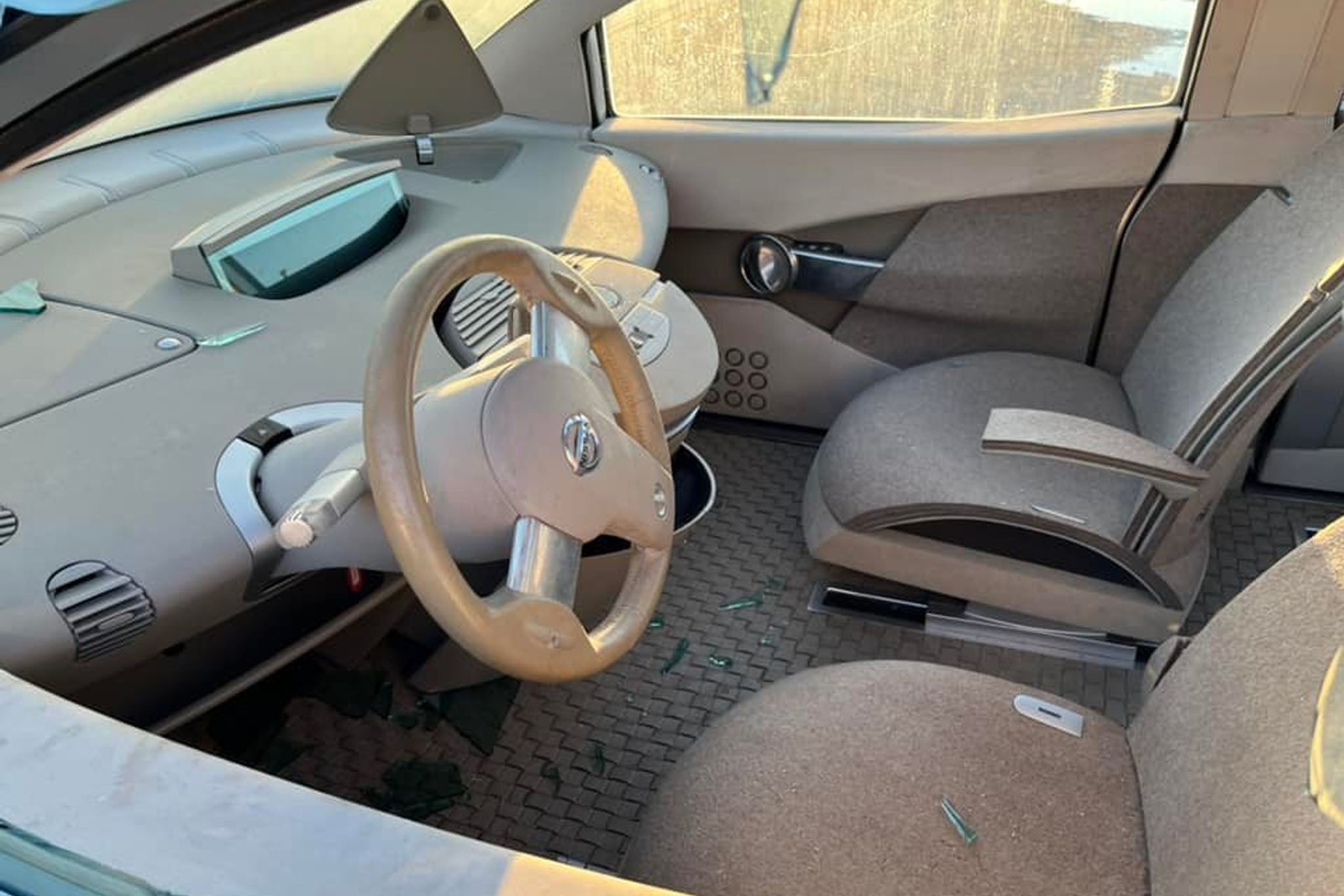 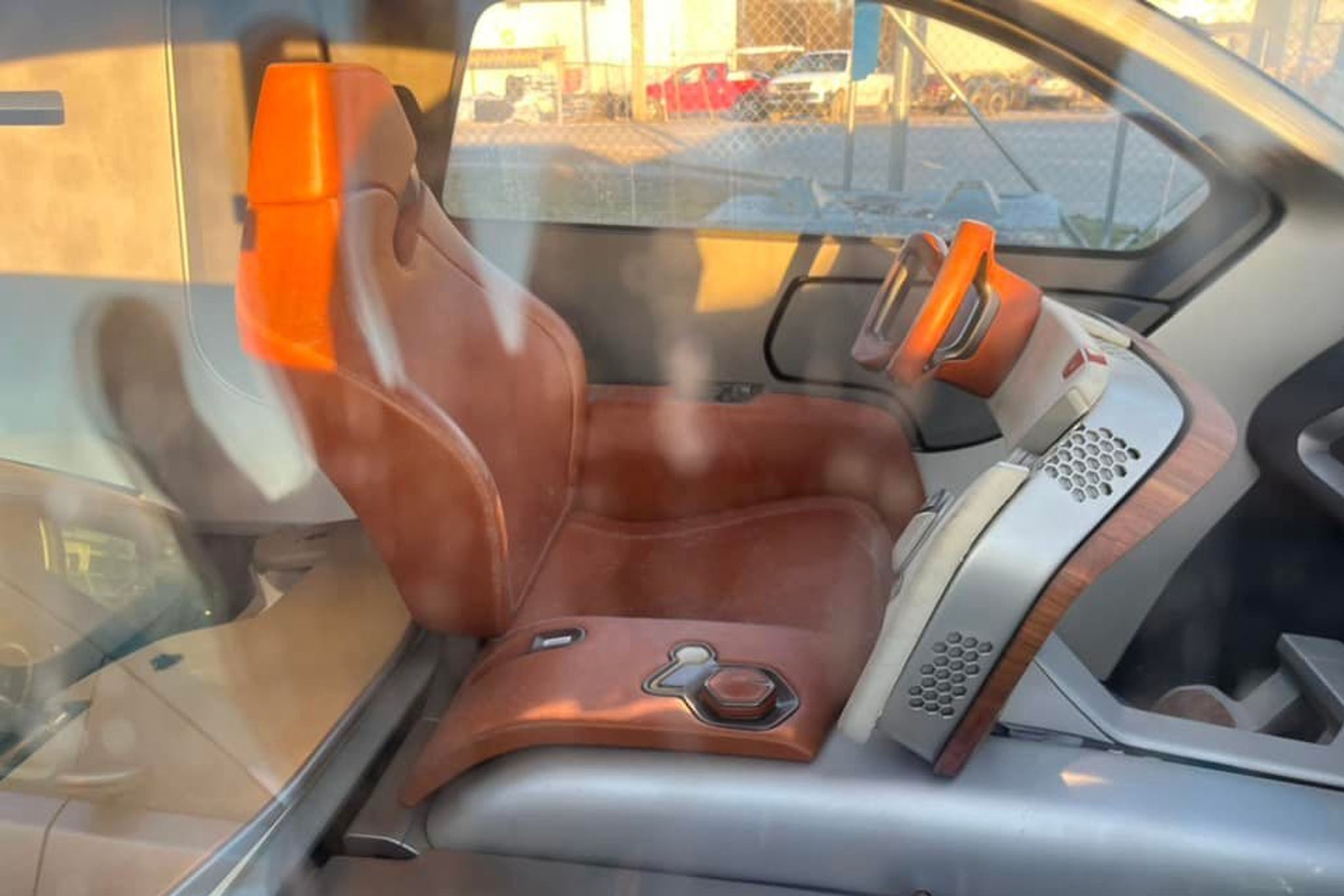 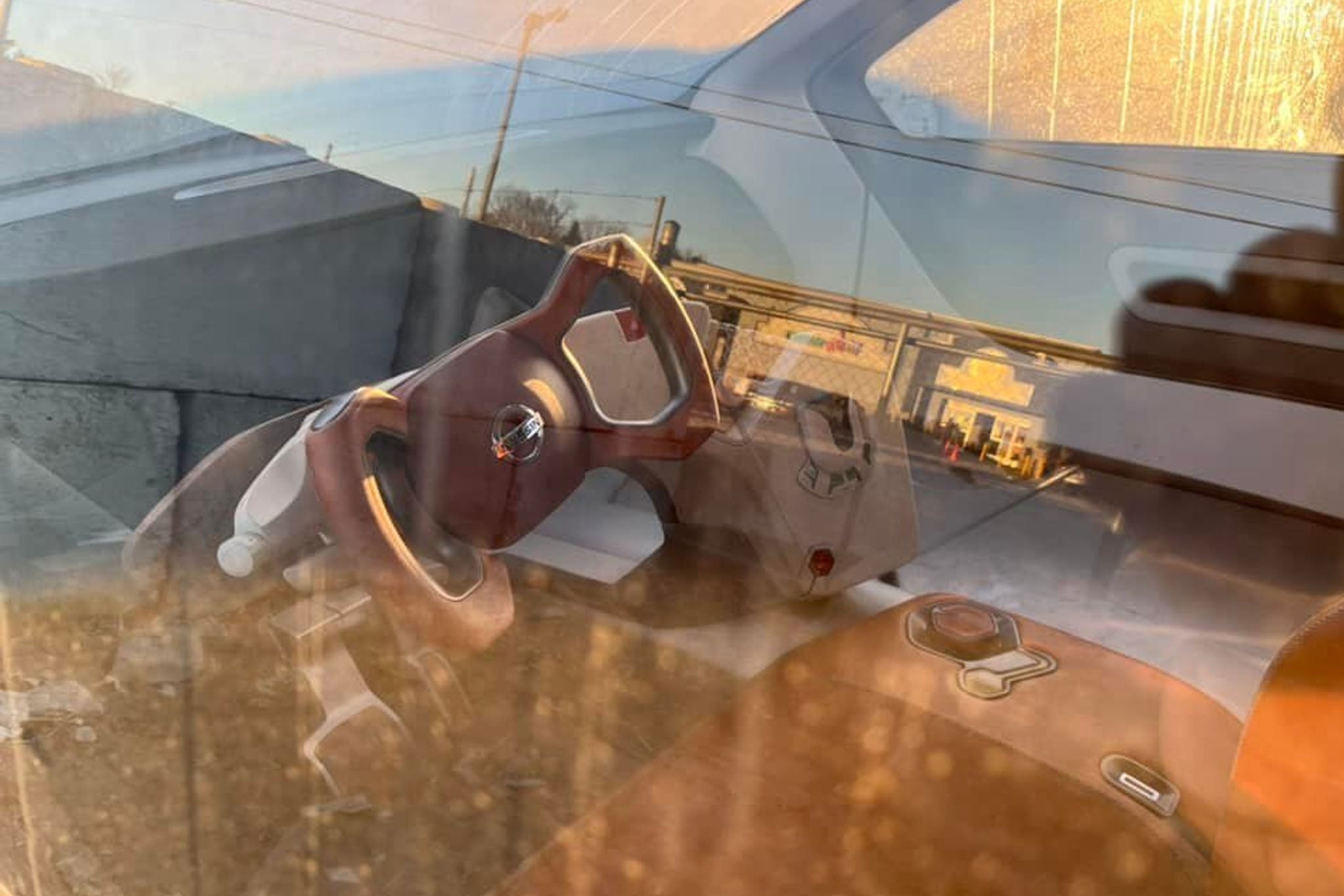 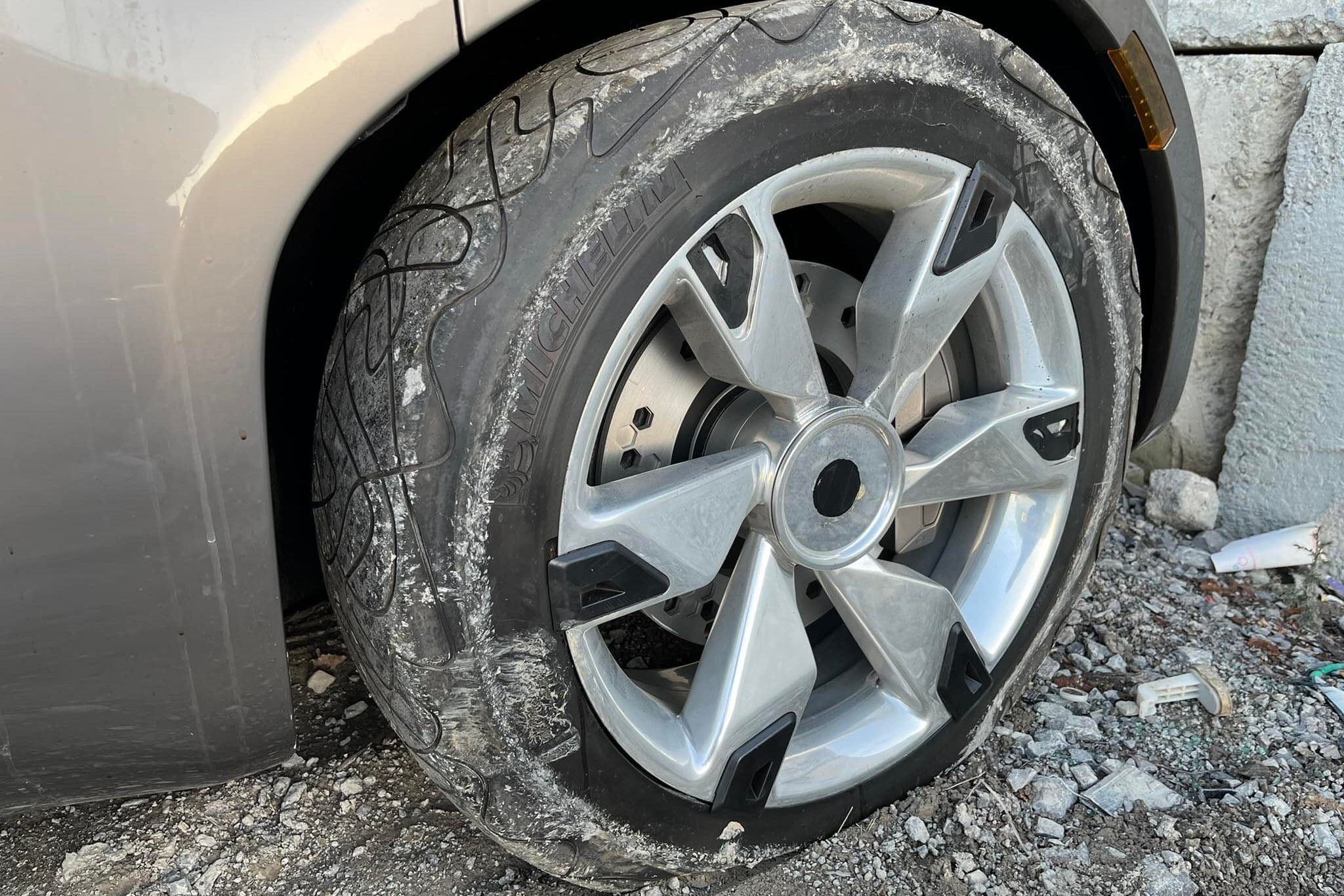 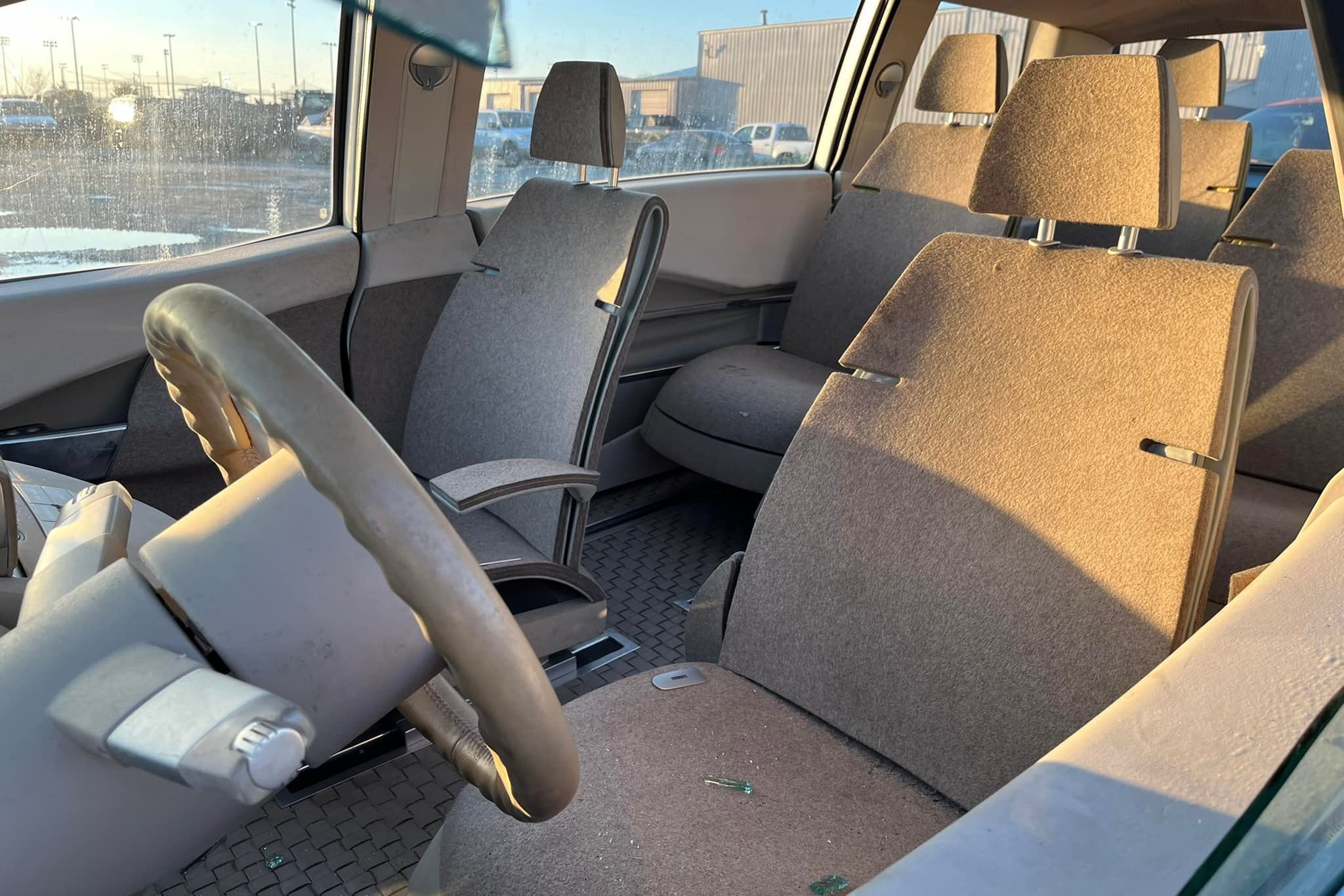 The entire situation is, frankly, bizarre. My call to the scrapyard was met with not only caginess—like they didn’t want any trouble and somebody told them not to say anything about them—but humor, too. “Someone posted them on Facebook!” the man at the other end of the line exclaimed around the office, laughing when I called. I was laughing too, to be honest. Sure, it’s sad to see these concepts meet their end, but in situations like this, you can either find joy or sadness in the entire ordeal.

For those who aren’t aware, demise via crusher is a pretty standard procedure for concept vehicles. These cars often don’t have VINs and they aren’t road legal. Then there’s the fact that they don’t meet any sort of safety standards. In short, they’re a liability that automakers don’t usually want to deal with. Having lived out their useful purpose, cars like these are often destroyed, put in a museum, or stuffed away in a warehouse somewhere.

The jarring part of this is that, like other concepts, these vehicles were paraded around at auto shows. Indeed, there are great photos of them taken at these events, buffed up to a mirror shine, touted as the bright future to come for the Japanese brand. Ironically, Nissan still has archived press materials on both the Bevel concept and the Quest concept. So if you’re curious about all of the work that went into these two vehicles, you can read all about them. The Quest was, well, a minivan. The Bevel concept seemed to inform the later Nissan Cube, but at the time it was a car intended for “men between 45 and 60 years of age with multiple personal interests.” An unusual vehicle for a niche market, then. 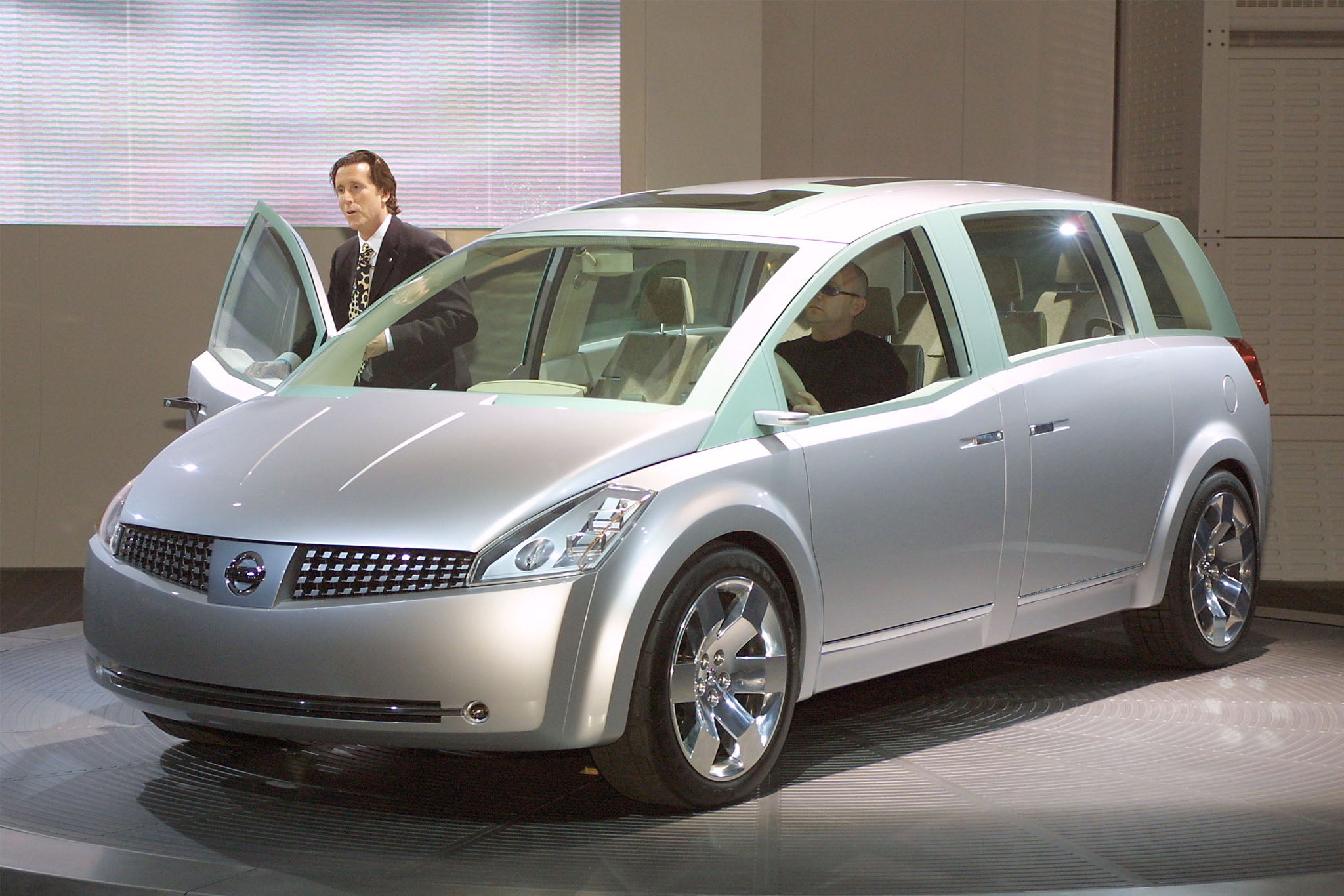 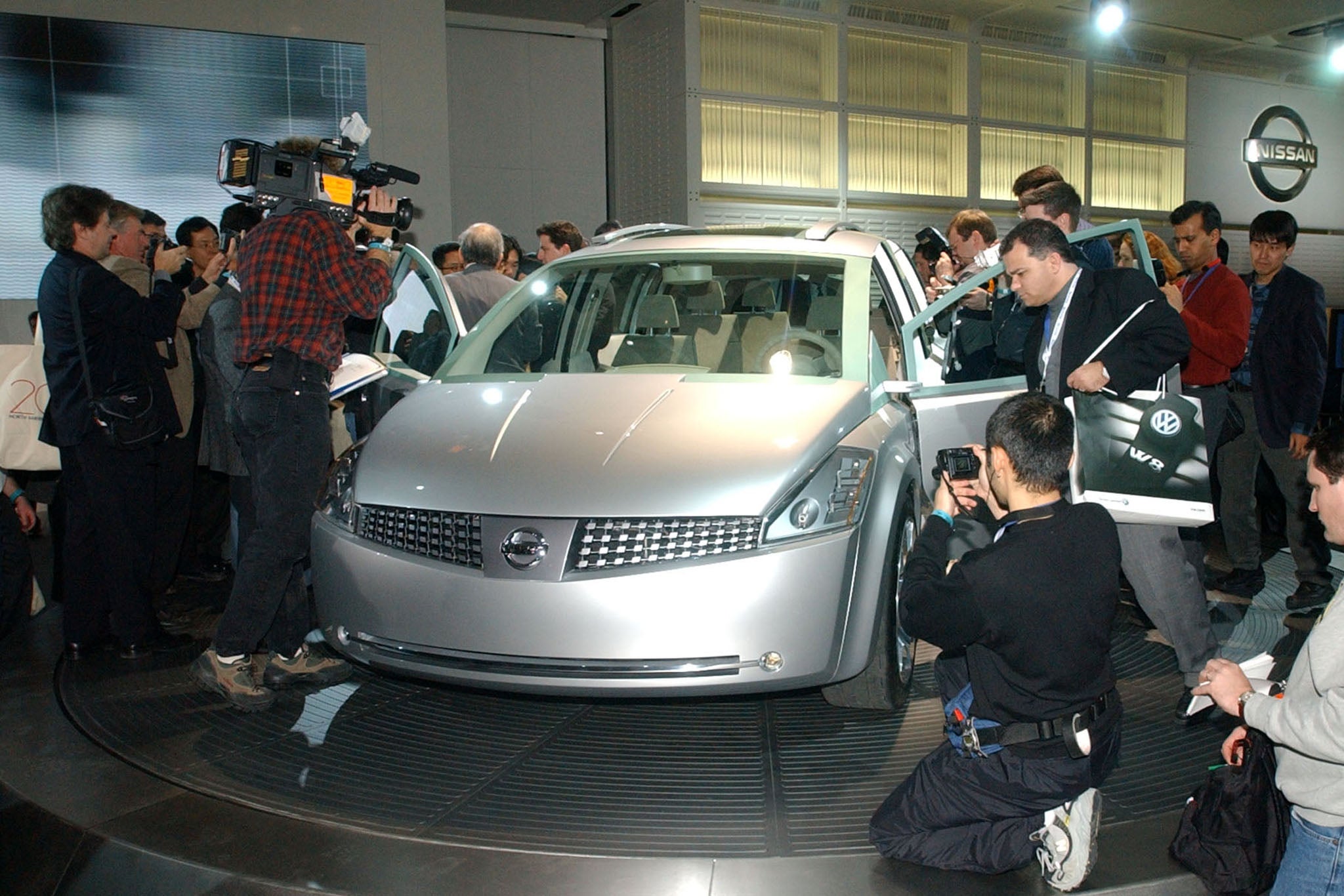 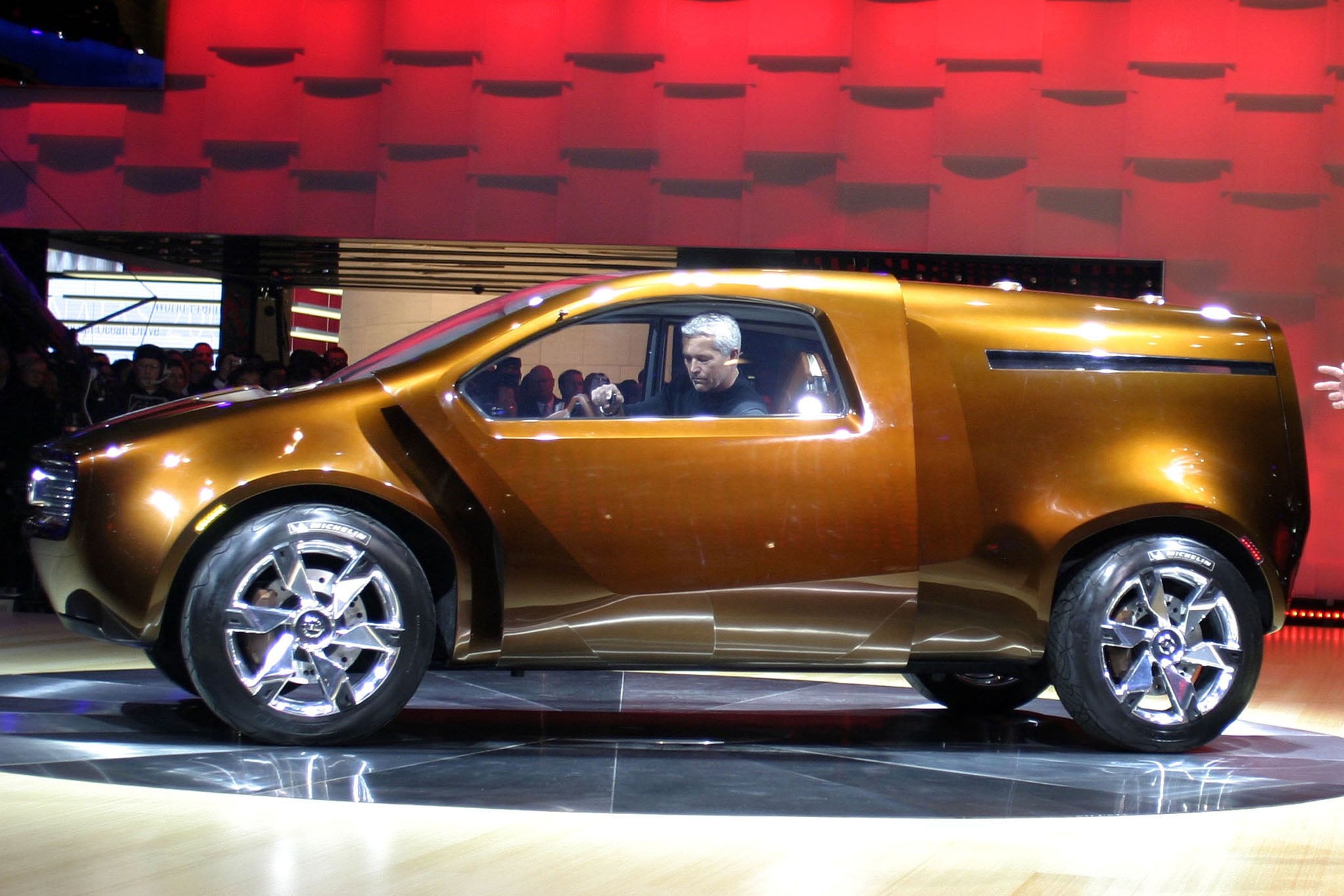 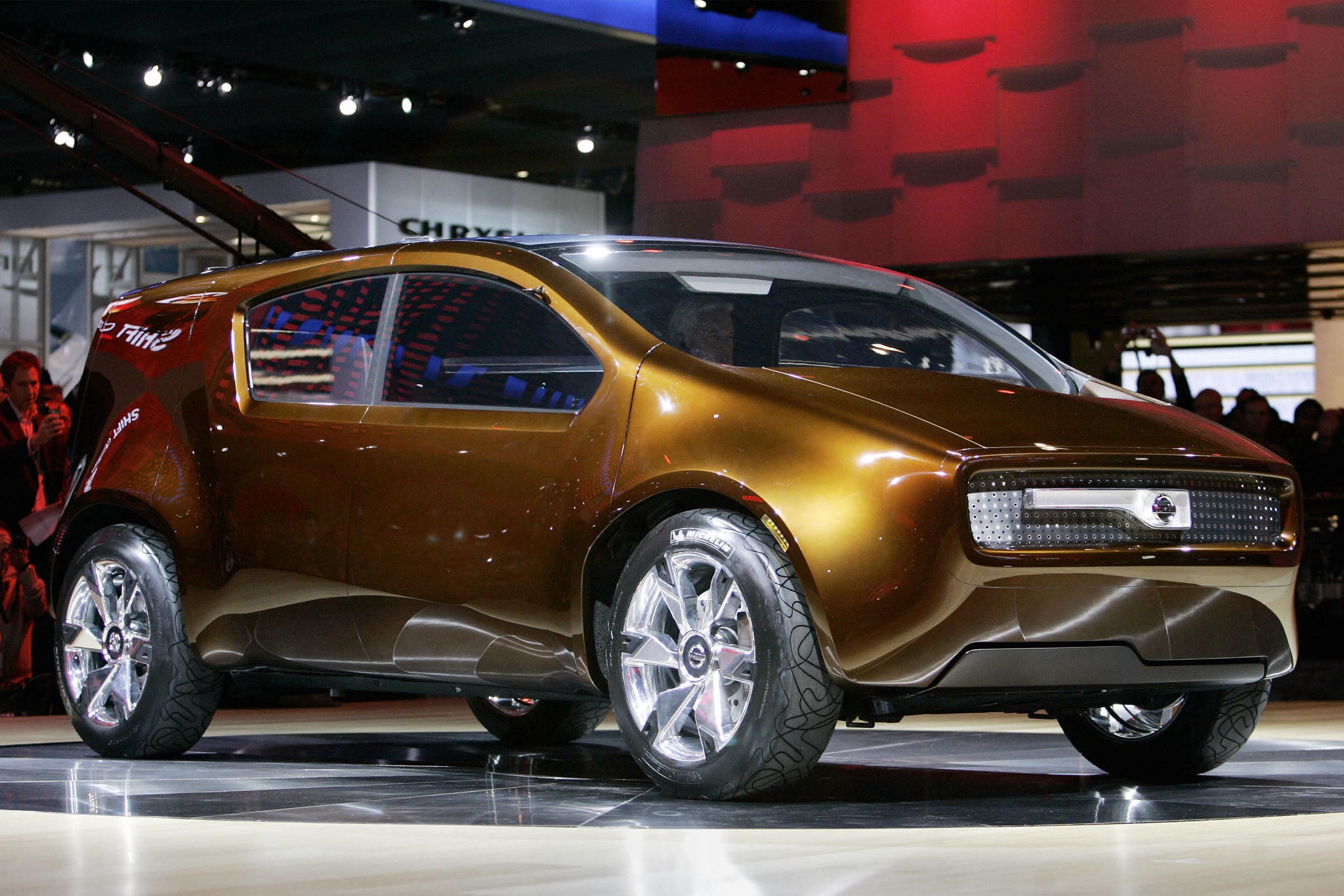 The Bevel concept appears to have received a slight restyling between the Detroit Auto Show in 2007, where it was photographed above, and the Shanghai Auto Show, where it was spotted later on in its current shade of grey. For the confusion amongst you referring back to the photos above, yes, the Bevel is very asymmetric.

In the end, these cars are prototypes. As somebody with experience in the design industry, that means they aren’t vehicles you should ever attempt to make fully functional or even really interact with extensively. Beneath the flashy paint could be a mountain of bondo, automotive filler primer, fiberglass, epoxy resin, and more. They’re pieces of art more than functional design. It’s still unfortunate to see art destroyed, of course.

Concepts today might just end up as renders instead of physical sculptures, which is what makes the loss of these a little harder to take. And sending them off to be destroyed in what has turned out to be a very public and visible manner? Talk about painful.

So in all likelihood, these concepts will not be delivered from the jaws of the crusher, and judging by the response on social media, not everyone is okay with that. There are a lot of people who are claiming to try to save these two vehicles, however realistic their attempts actually are. I frankly don’t think that’s going to happen, but never say never. I’m always in the mood for an automotive miracle.