The next Maseratis hitting the streets are the Granturismo and Grancabrio pair, which will come with the new twin-turbo Nettuno V6 you find in the 2022 MC20 supercar, as well as a pure electric powertrain consisting of three motors and an 800-volt battery pack. Engineered, developed and produced by Maserati in Modena, this technology will make it into all future Maseratis, be those sedans, SUVs or mid-engine supercars built around Dallara’s carbon fiber monocoque.

Maserati’s BEV lineup will be collectively known as the Folgore tridents (the Italian word for “lightning”), literally including all future models starting with the GT/GC (pictured underneath a sheet in this article’s lead image), the MC20 in 2022, the next-gen Quattroporte and Lavante, and the smaller Grecale SUV. 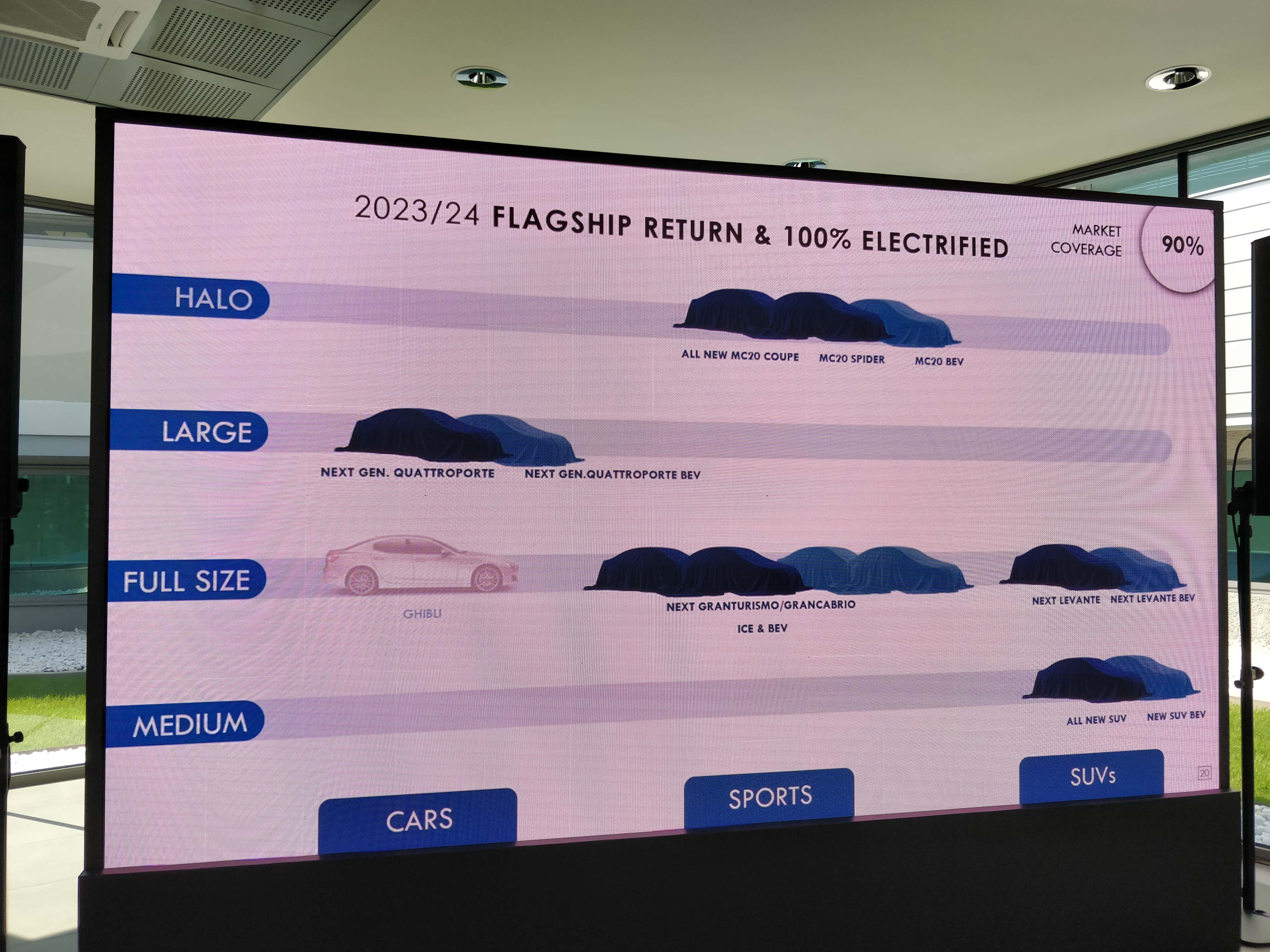 According to Maserati engineers Sandro Bernardini and Gian Luca Antinori, the 800-volt lithium-ion battery pack sends all its buzz to a trio of electric motors shared between two e-axles made by ZF. With one motor at the front and the two at the rear that have no mechanical connection between them, Maserati can use torque vectoring without limits. This drivetrain features no gearboxes either, leading to faster acceleration and less moving parts to worry about. 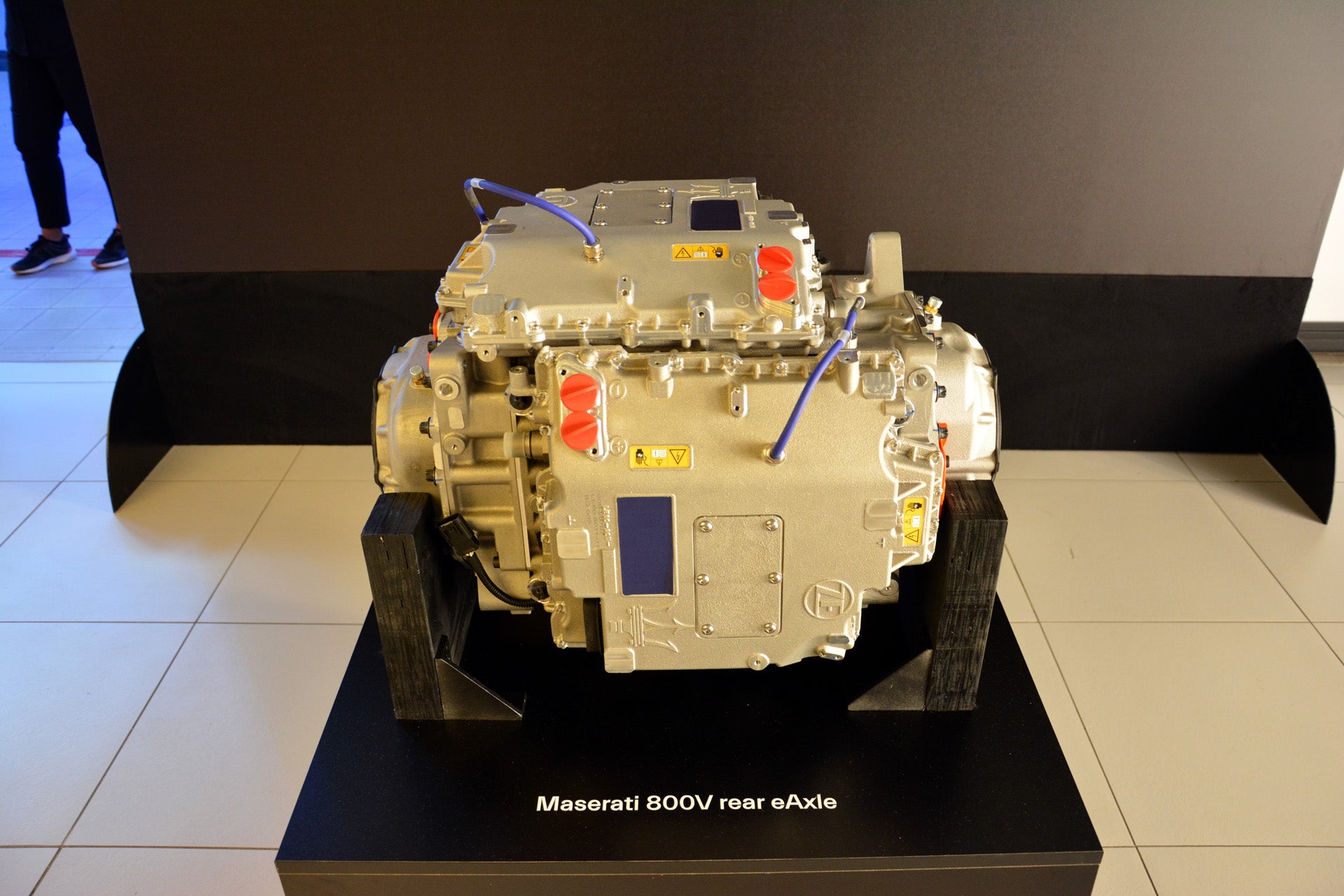 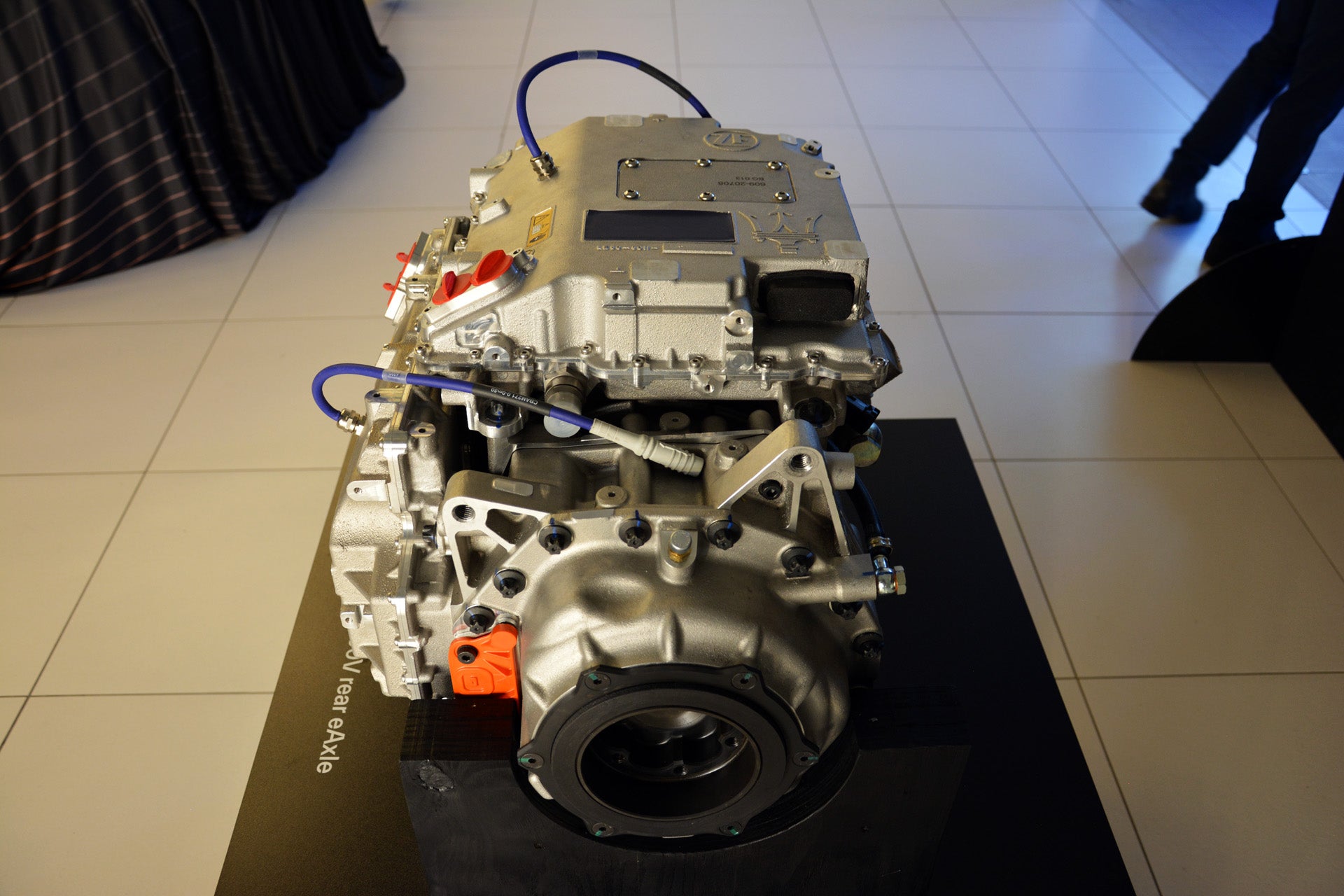 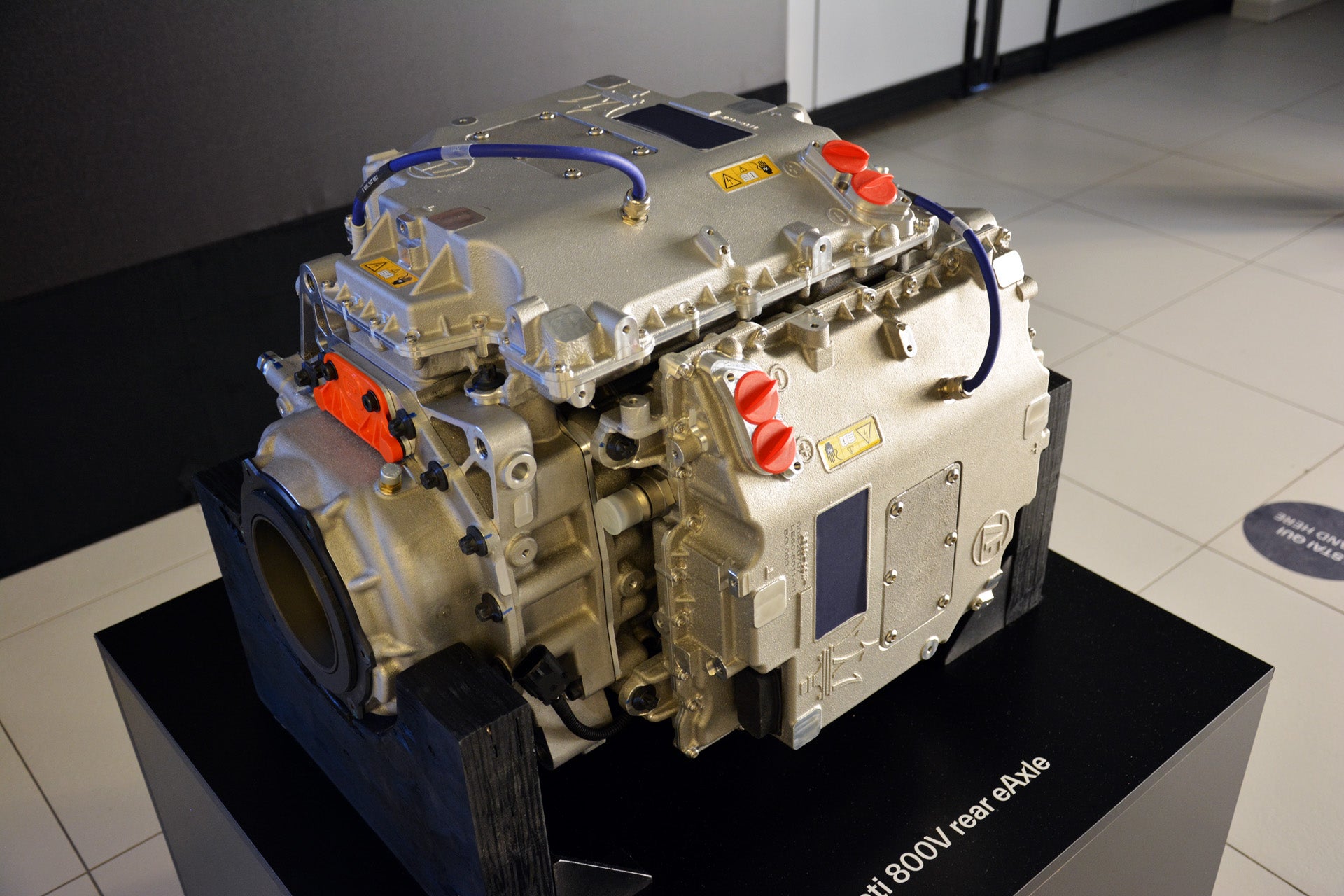 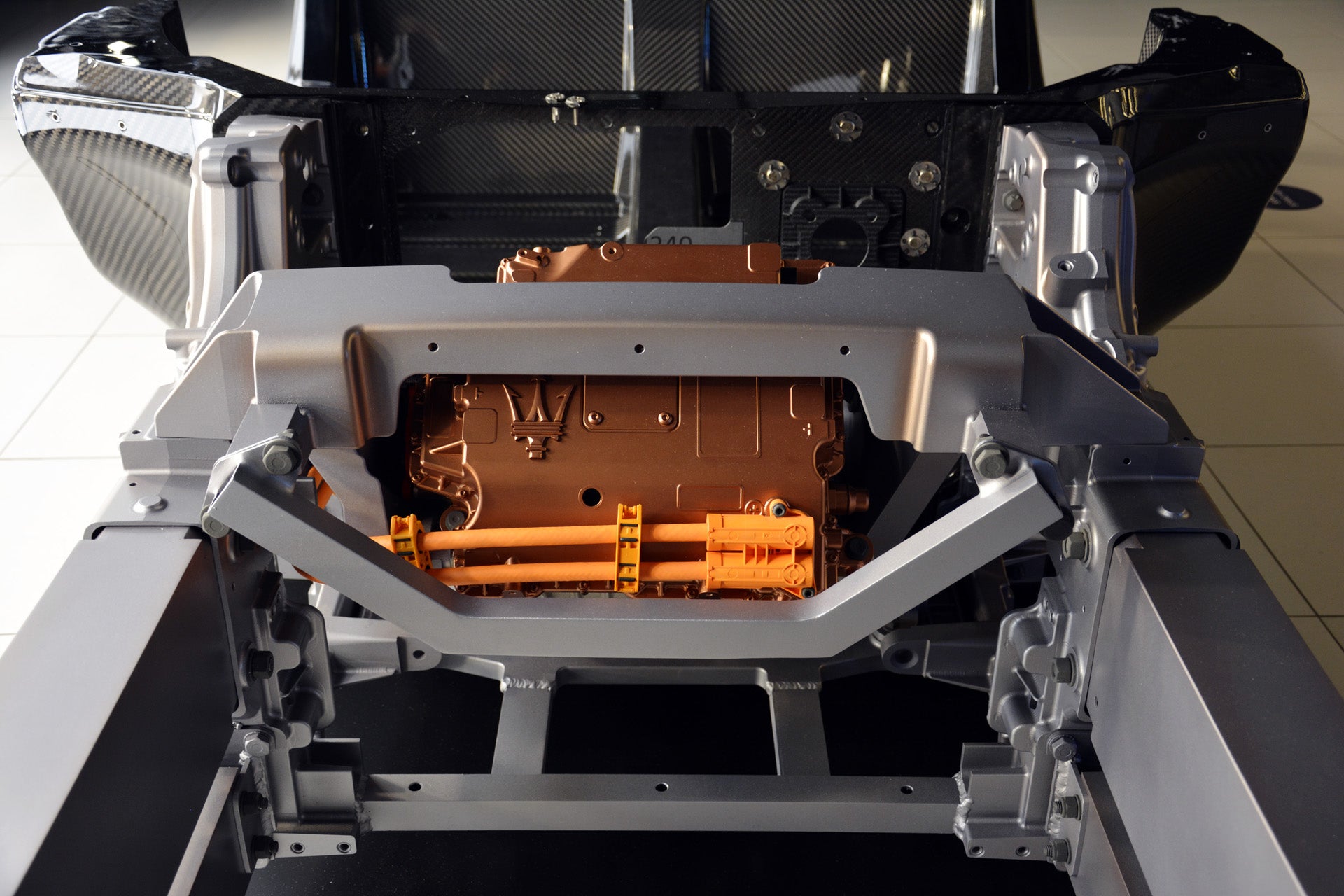 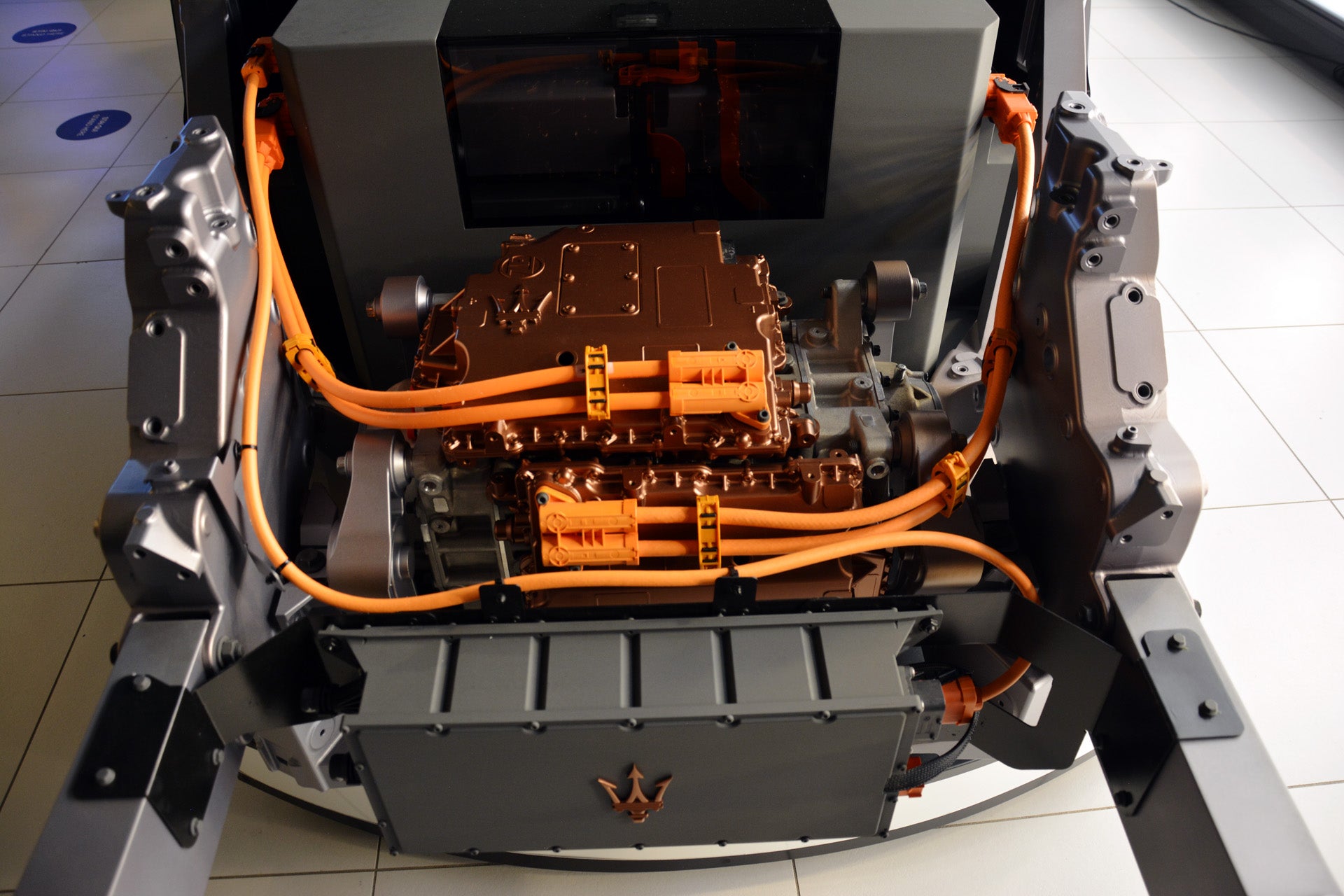 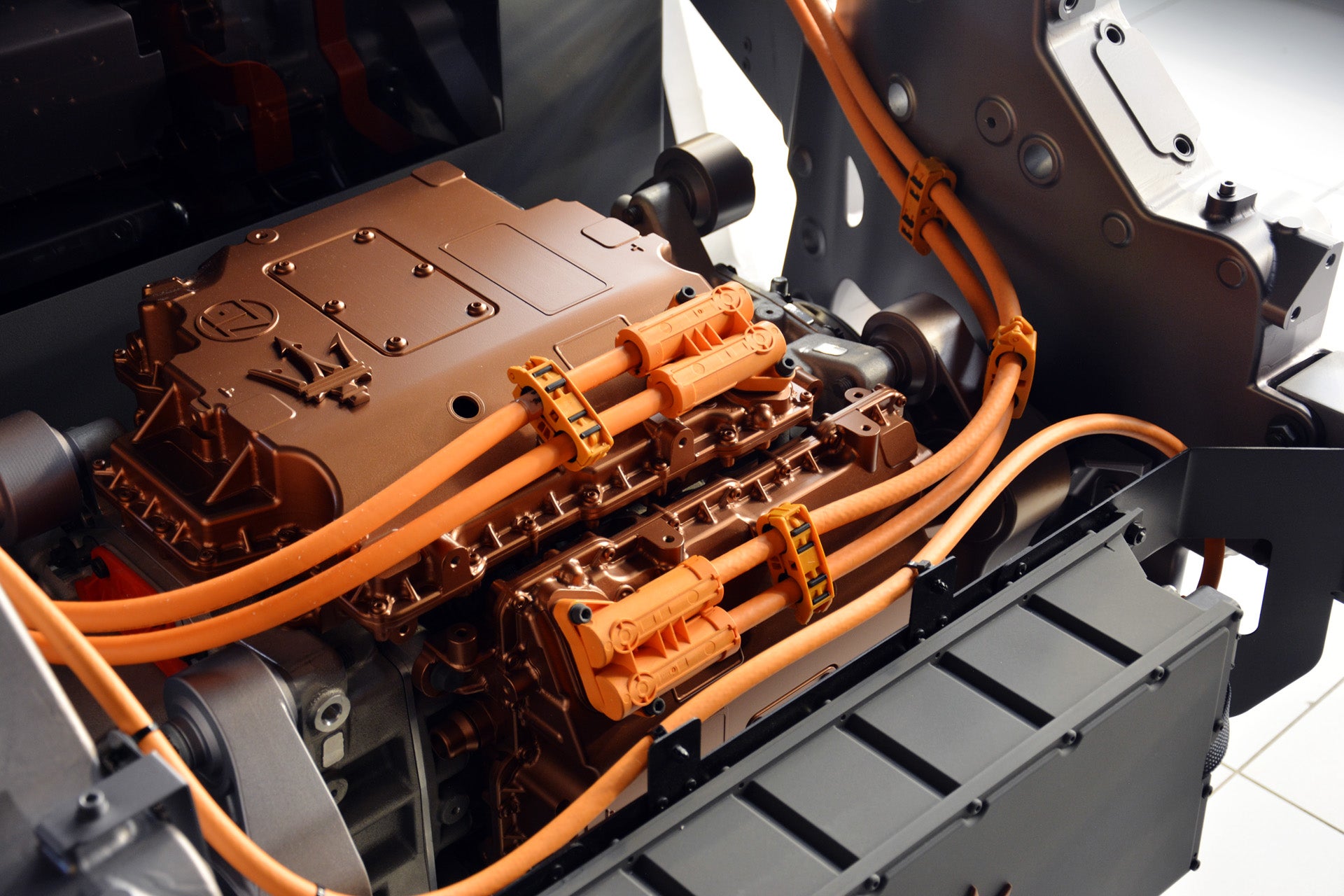 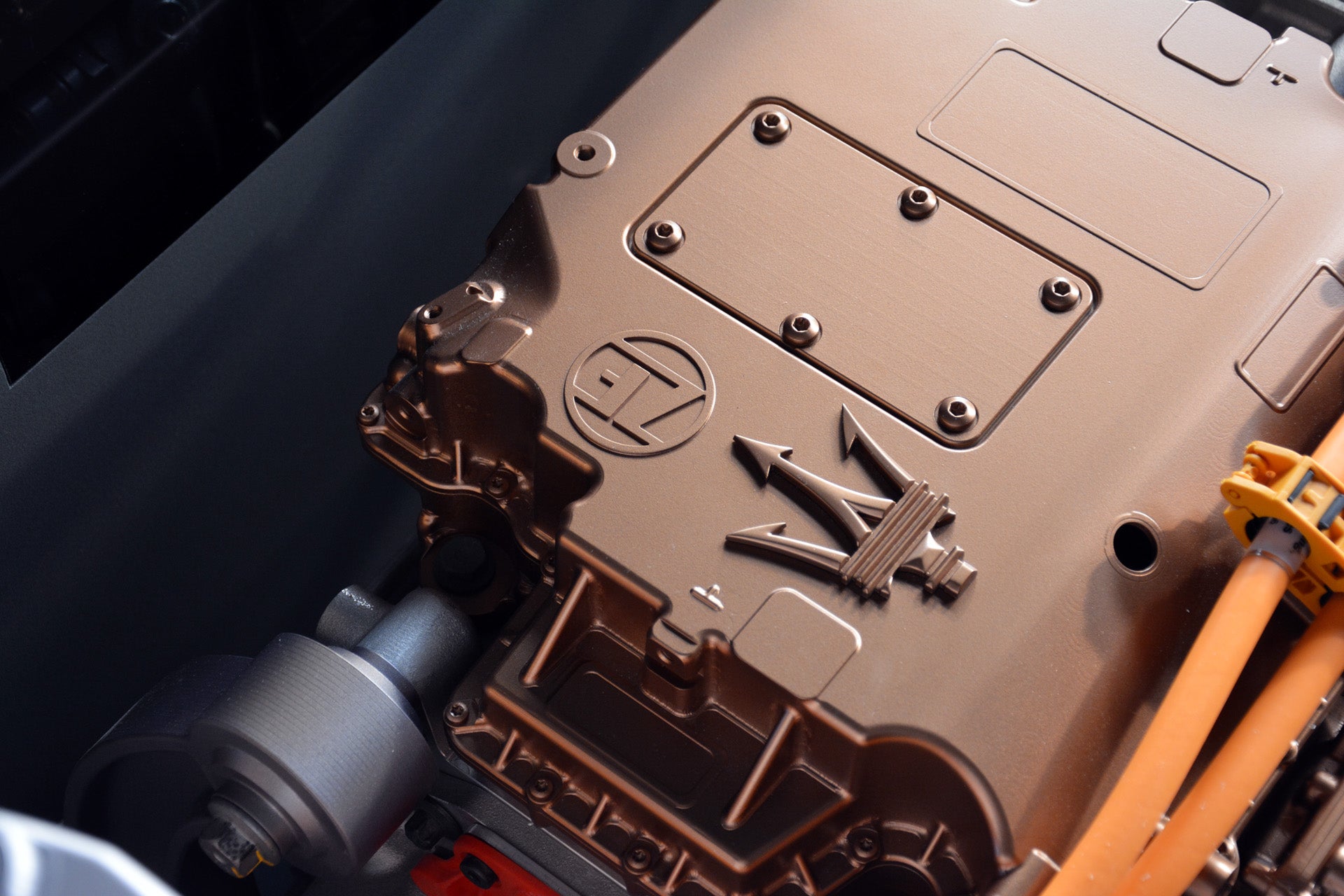 Compared to the Granturismo, the BEV version of the MC20 supercar will get a smaller battery pack located just behind the monocoque, with Maserati using the same architecture by adjusting the number and disposition of carbon fiber layers in critical areas.

Maserati says its battery will offer fast-charging at speeds up to 300 kW. Meanwhile, the MC20’s all-wheel-drive BEV will compensate for its additional weight by having more power and torque, although the electric supercar’s power-to-weight ratio remains a secret for now. With the twin-turbo V6, the rear-drive MC20 packs one horsepower for every 5.3 pounds.

Next up from Modena, an electrified luxury GT… 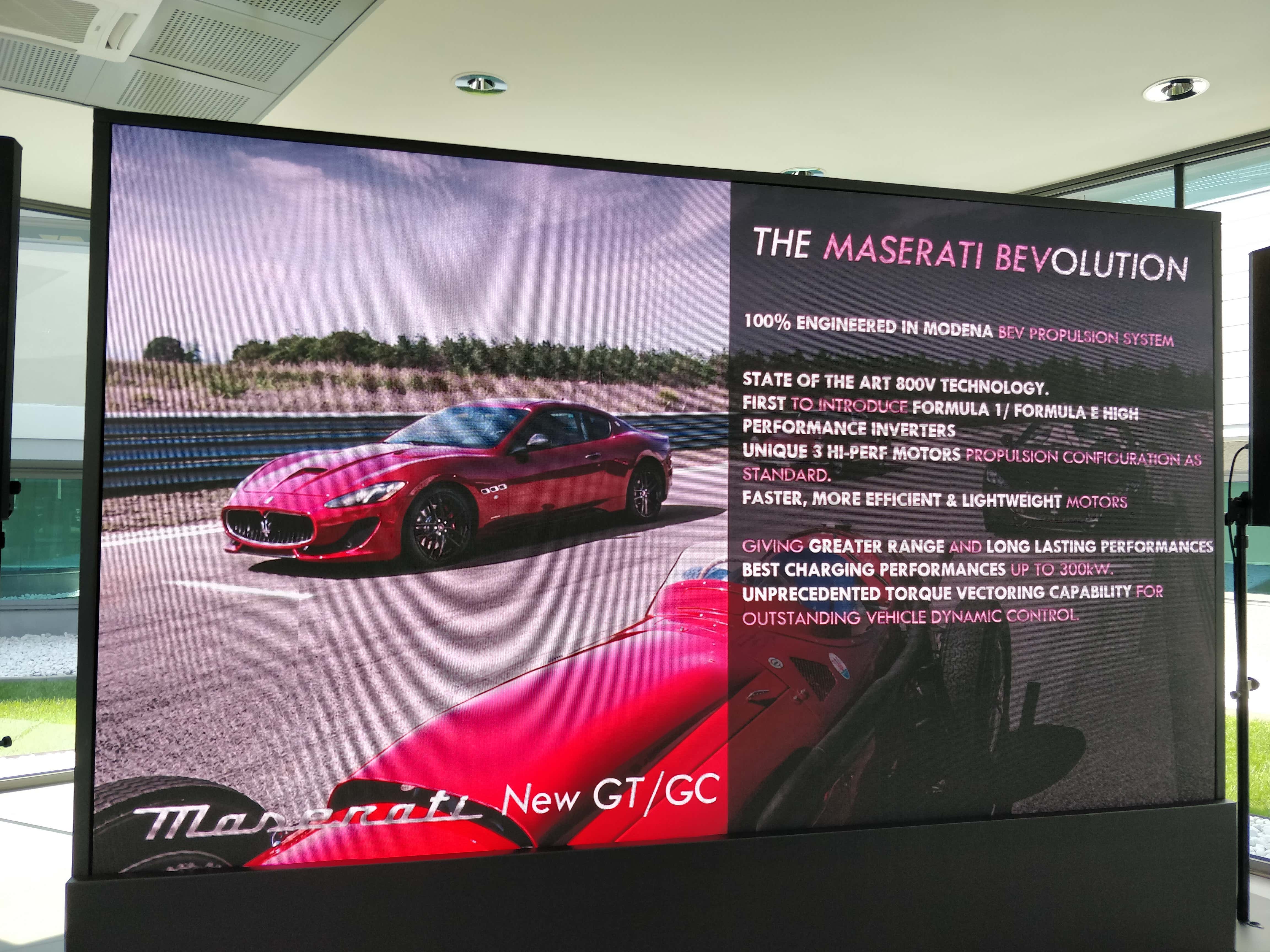 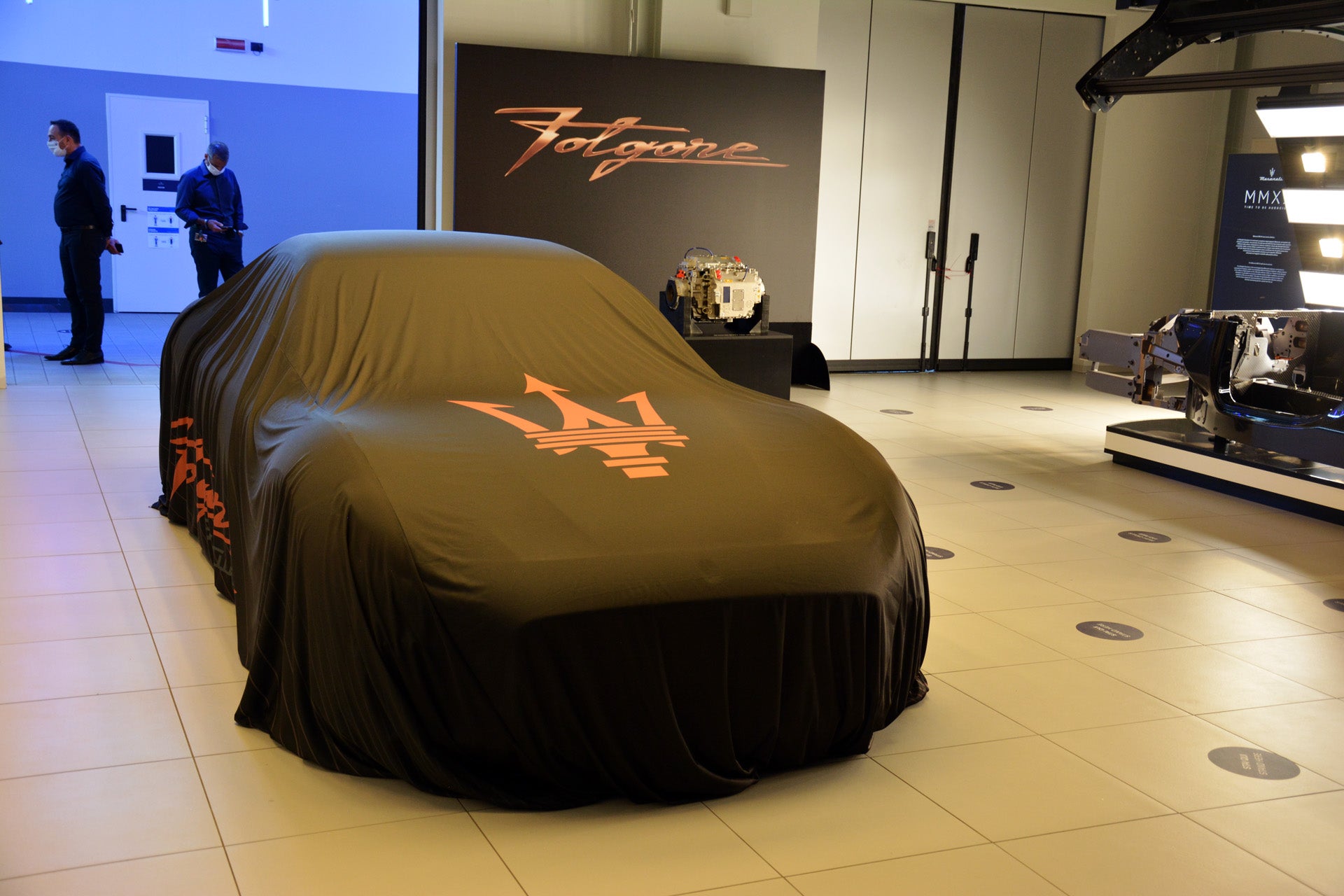 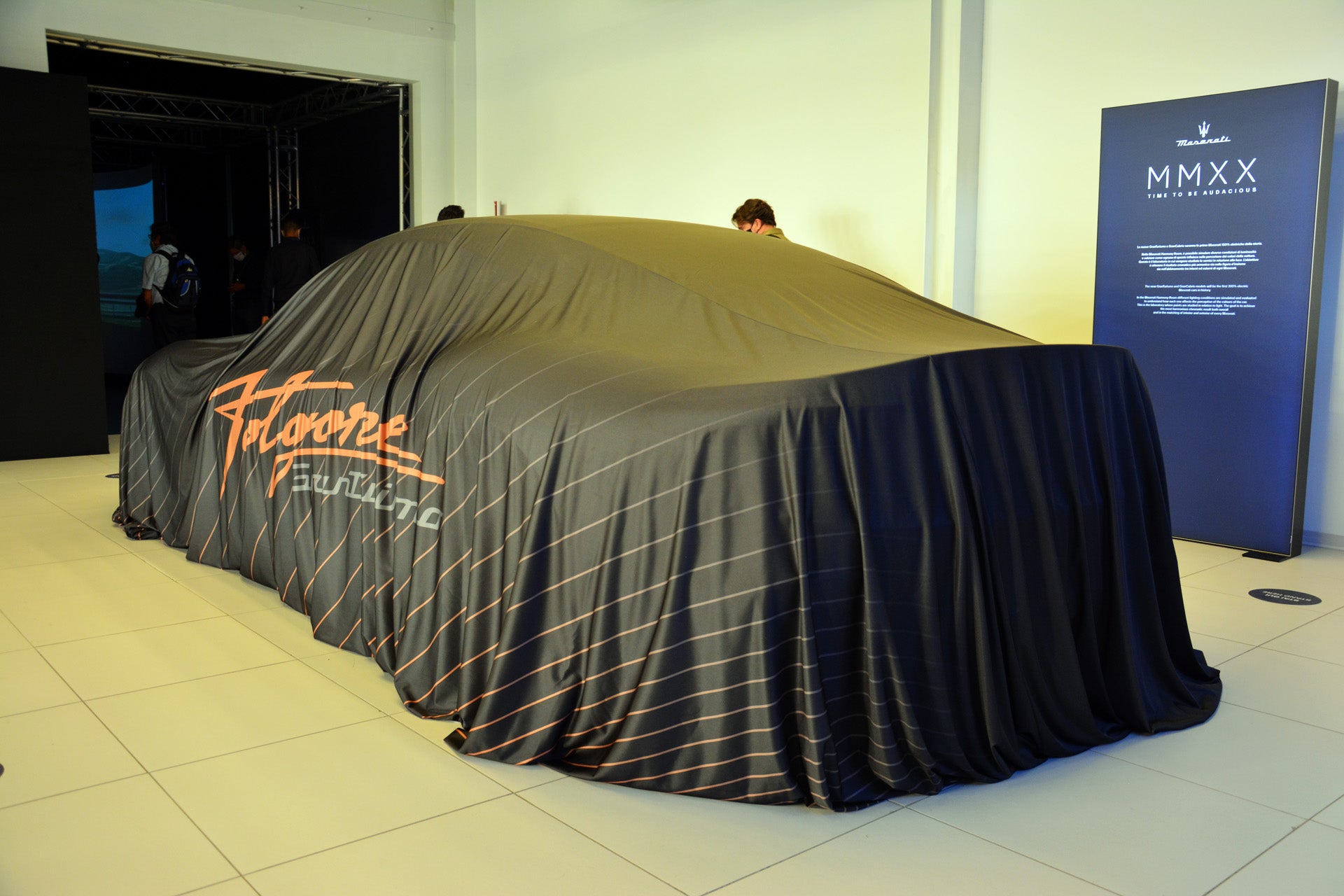 Massive thanks to Ronan Glon! Got a tip? Send us a note: [email protected]