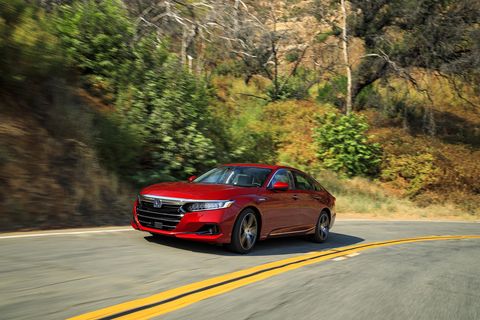 Honda gave the Accord a once over for 2021. The Japanese brand added a Sport SE trim, added additional safety systems, tweaked engine software, drew up a revised front grille, and added features. It’s all subtle; you’ll be forgiven if you don’t notice.

The newly trimmed Accord, called Sport SE, will replace the EX 1.5T. It gets leather seats that are heated up front, keyless entry, and remote start. Visually speaking, Sports stand apart from other Accords with a trunk-lid spoiler, different 19-inch wheels, LED foglights, and a grille and exhaust finished in dark chrome. Power comes from the 1.5-liter turbo engine, the base engine in the line-up, producing 192 horsepower and 192 lb-ft of torque. The sole transmission offered is continuously variable, which sends power to the front wheels. The Sport SE starts at $29, 675.

All 2021 Accords get a new the grille that is wider and redesigned to better integrate the adaptive cruise control radar in front. If it’s an EX or higher trim Accord, you get full LED lights, too. 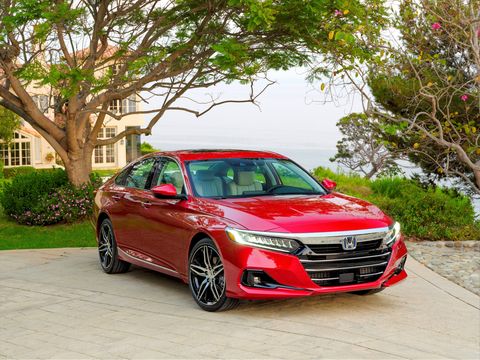 Going inside, the 8-inch infotainment screen now comes standard on all Accords; it was only EX and above before, and that means Apple Carplay and Android Auto is standard across the board, too. On the EX-L or Touring trims, or EX or higher hybrid model, however, the aforementioned smartphone connectivity is wireless. Finally, EX-L and up trims get wireless smartphone charging.

Additionally, there are now two USB ports stationed up front in the lower center console. One is just for charging your smart device or whatever else. The other is for connectivity as well. Furthermore, the rear seat occupants now get two USB ports for charging. Speaking of rear occupants, Honda added a standard rear-seat reminder system, as well as a rear-seat belt reminder.

For folks deciding to go hybrid, the Accord hybrid got updates to use more of the electric motor and offer better throttle response, according to Honda. Horsepower holds steady at 212, and torque at 232-lb-ft. But highway fuel economy nudges up by one, now providing 48 city mpg, 48 highway, 48 combined. Starting price is $27,325.

Safety-wise, the top-trimmed Accord Touring and Accord Hybrid Touring models get a new system called Low Speed Cornering Control, which will warn the driver if the sonar parking sensors notice something impeding your path. The system will warn the driver first and eventually apply brakes on its own to avoid a collision. Honda also worked to improve the application of the other safety system, like adaptive cruise control, such that they operate smoother and feel more natural. 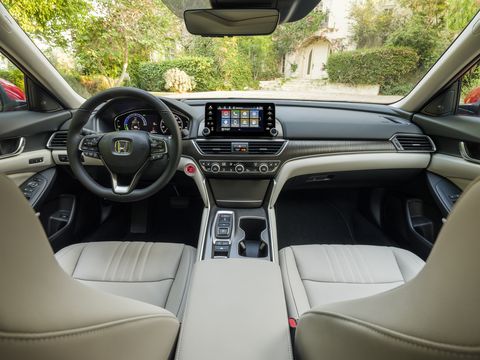 Finally, Honda played with engine calibration software on both the 1.5-liter and 2.0-liter engines to improve throttle response. And the 1.5-liter turbo engine will start-up faster from idle auto shut-off than it did before. The base model, 2021 Accord LX starts at $25,575.