The revived Ford Bronco hasn’t even made it into customers’ hands yet and the Blue Oval is already working on a hotter version. Of course, we kinda figured it would, but these spy shots of a lifted and aggressive Bronco prototype hint that it’s coming sooner rather than later. The high-riding, all-terrain-equipped mule sports full camouflage and seems to be in its first stage of testing, possibly putting it in line for a 2023 model year launch.

Details are scarce and speculation is aplenty, but there’s no doubting this prototype has a wider, taller stance than even the top-spec Bronco Wildtrak model. The Drive‘s handy sleuth photographers confirmed it was riding on BF Goodrich tires, though they couldn’t quite make out the size. We suspect it to rock 17-inch wheels and tires at least 35 inches tall since such equipment can be had with the more pedestrian Bronco, so long as you purchase the Sasquatch Package. 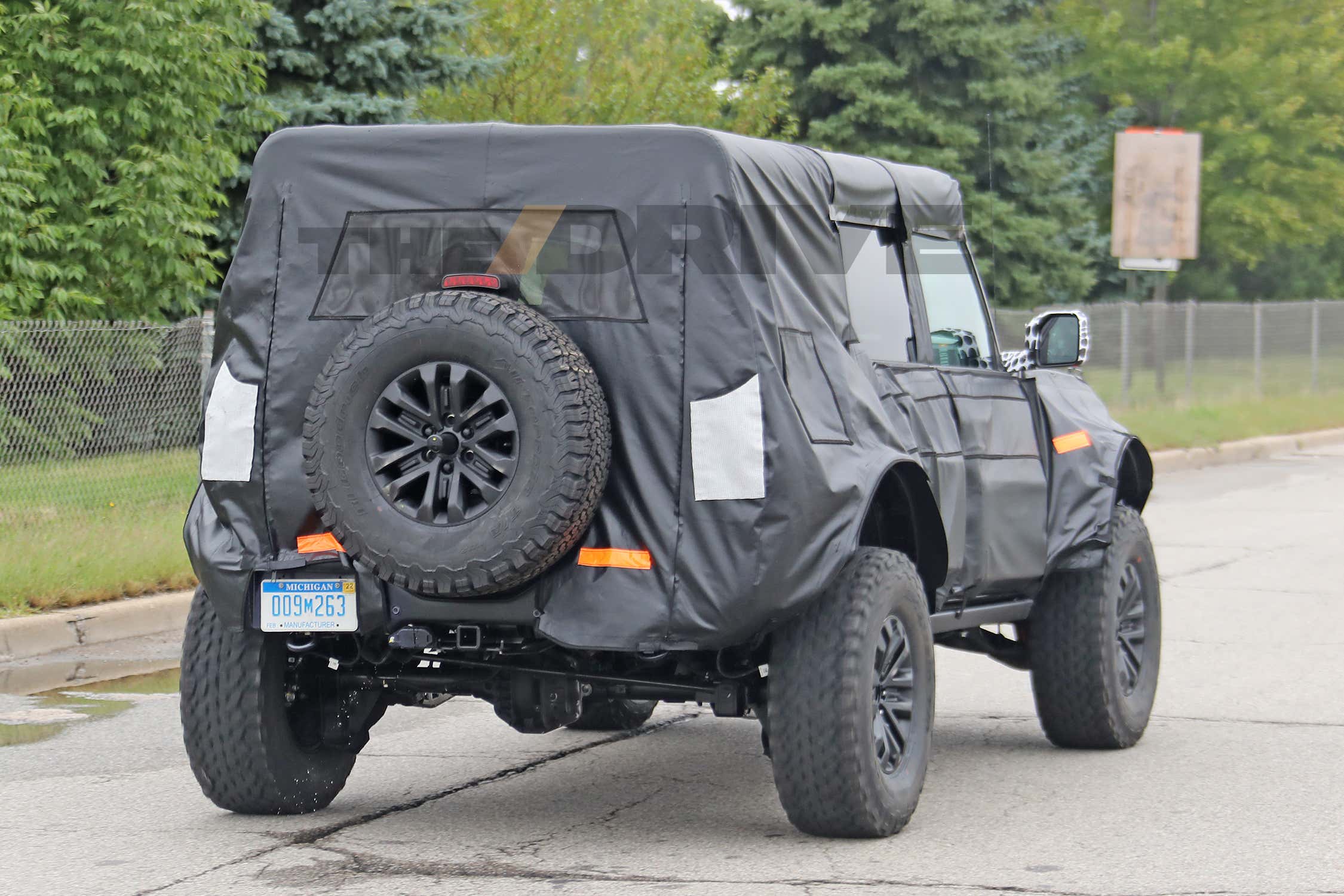 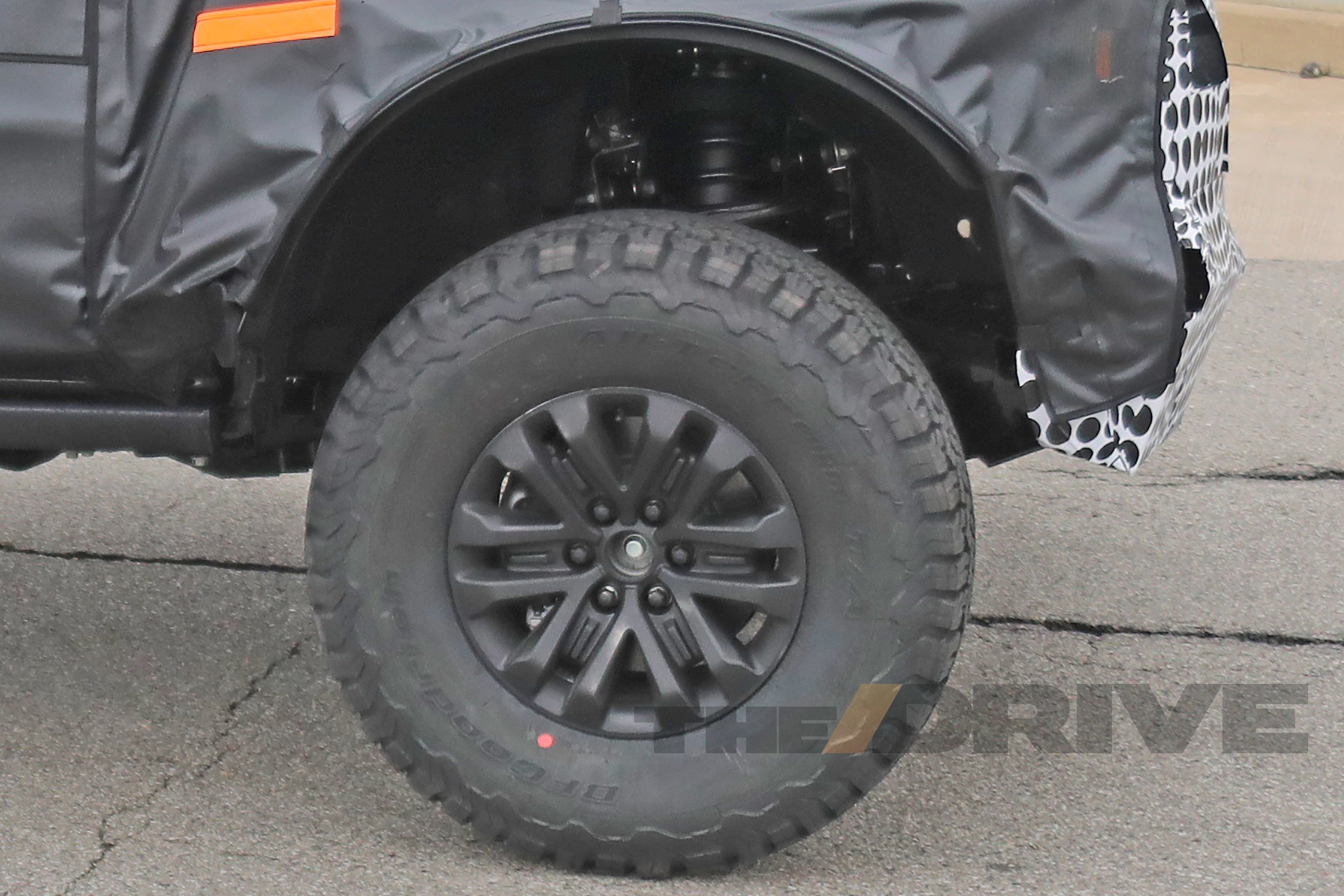 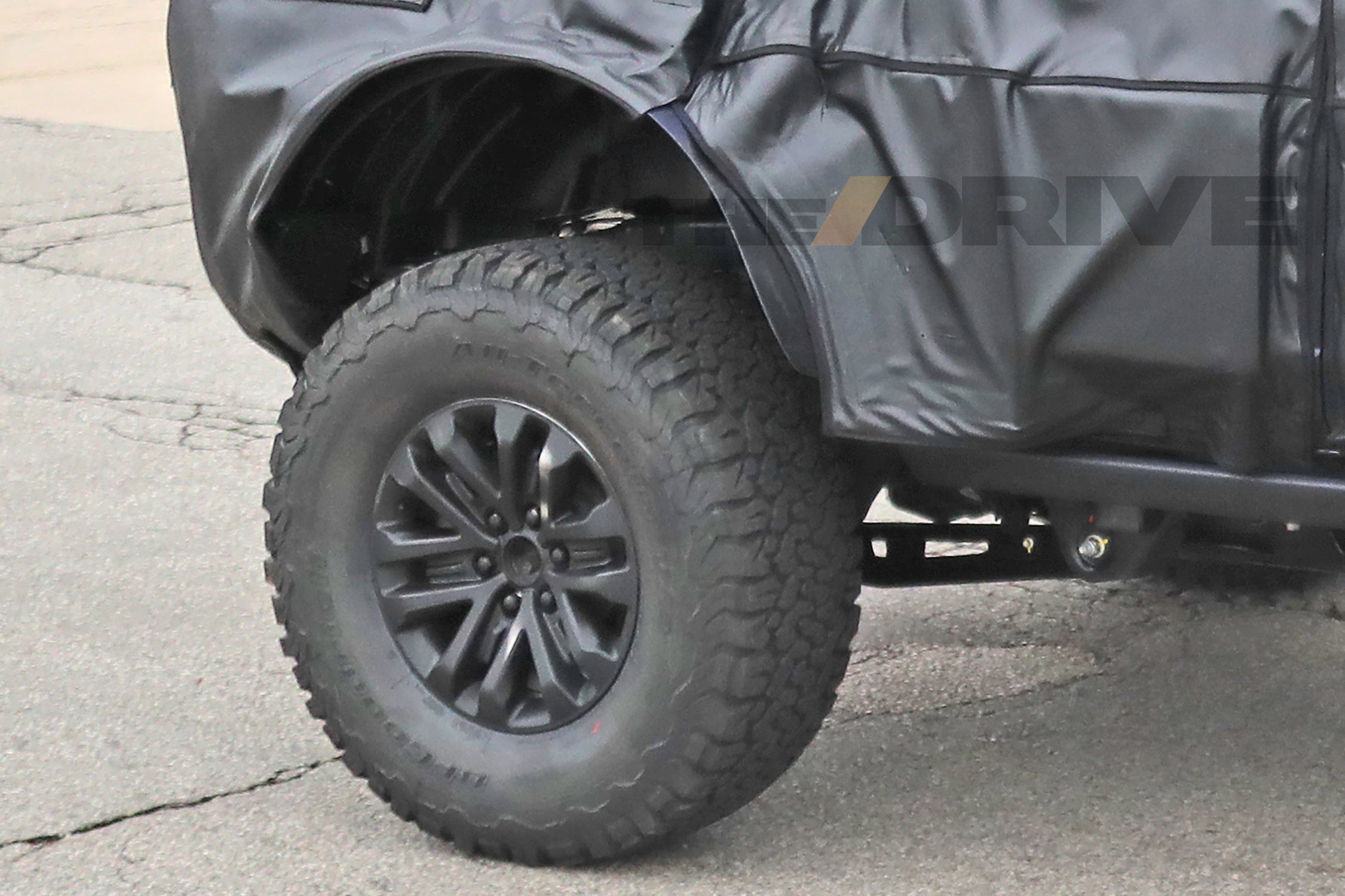 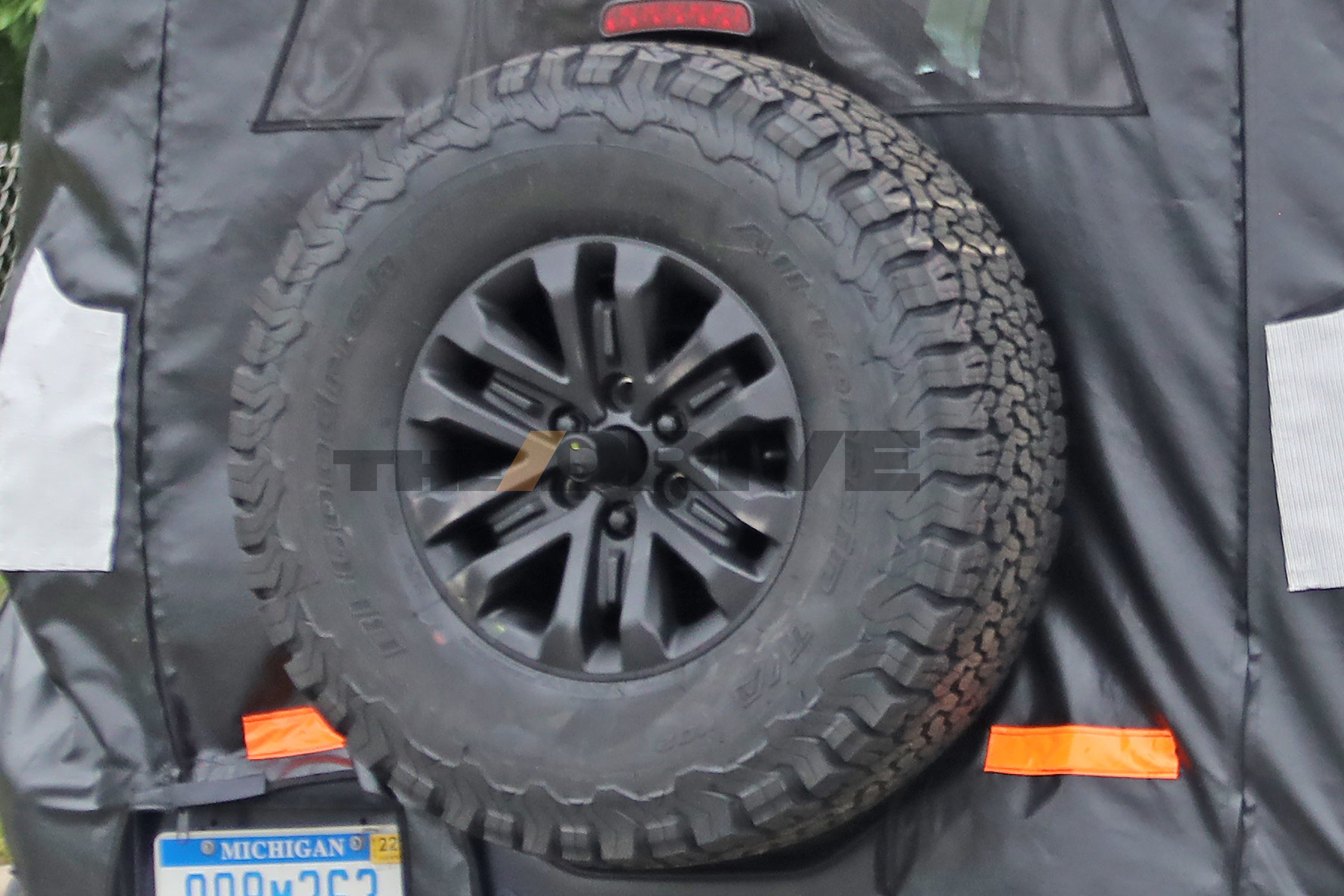 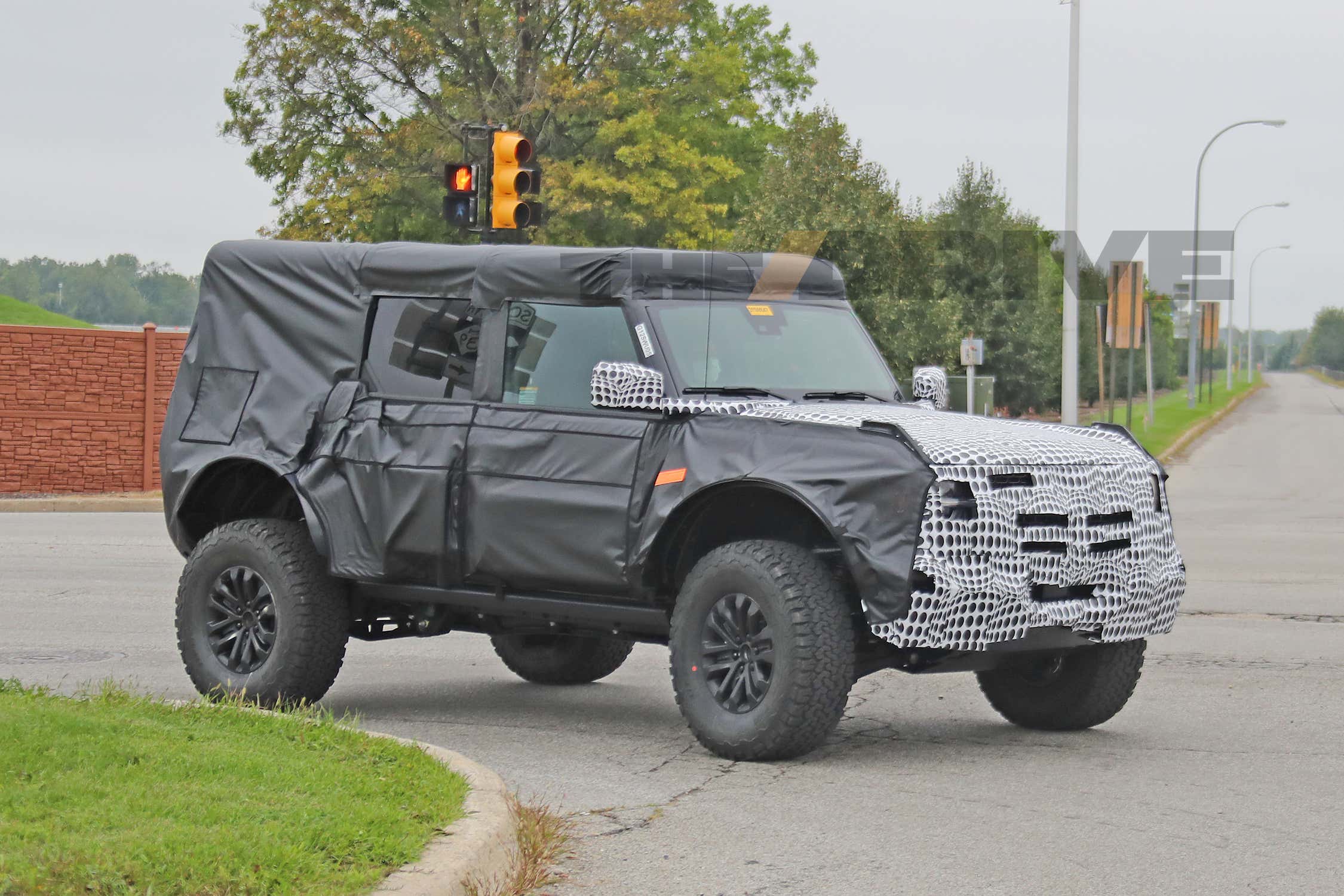 The wheel arches are wider on this tester to accommodate the athletic track that’s sure to make the supposed Bronco Raptor even better off-road. We’ve already seen bone-stock, non-Sasquatch rigs get beat to hell on the Rubicon Trail and multiple Moab obstacles, so you can imagine how well this thing will perform when properly set up. A high-output powertrain could also help matters.

Will this rig finally give the people what they want in the form of a Coyote V8-powered Bronco? It’s hard to say, but the definitive answer is…maybe. Remember that the Bronco rides on a modified version of the current-gen Ranger pickup platform, which was never intended to host a V8. It’s theoretically possible that the Bronco Raptor could support the extra heft to become a brash and obnoxiously loud off-roader, but it’s more likely that a tuned EcoBoost offering is on the way.

It’s doubtful that the Bronco’s 2.3-liter EcoBoost four will be an option on the Raptor variant. Therefore, the seven-speed manual transmission is probably out, too. We’ve learned to make do with automatics and, realistically, cars and trucks are faster that way—it’s just that old habits die hard and by golly, it’s fun to change your own gears. 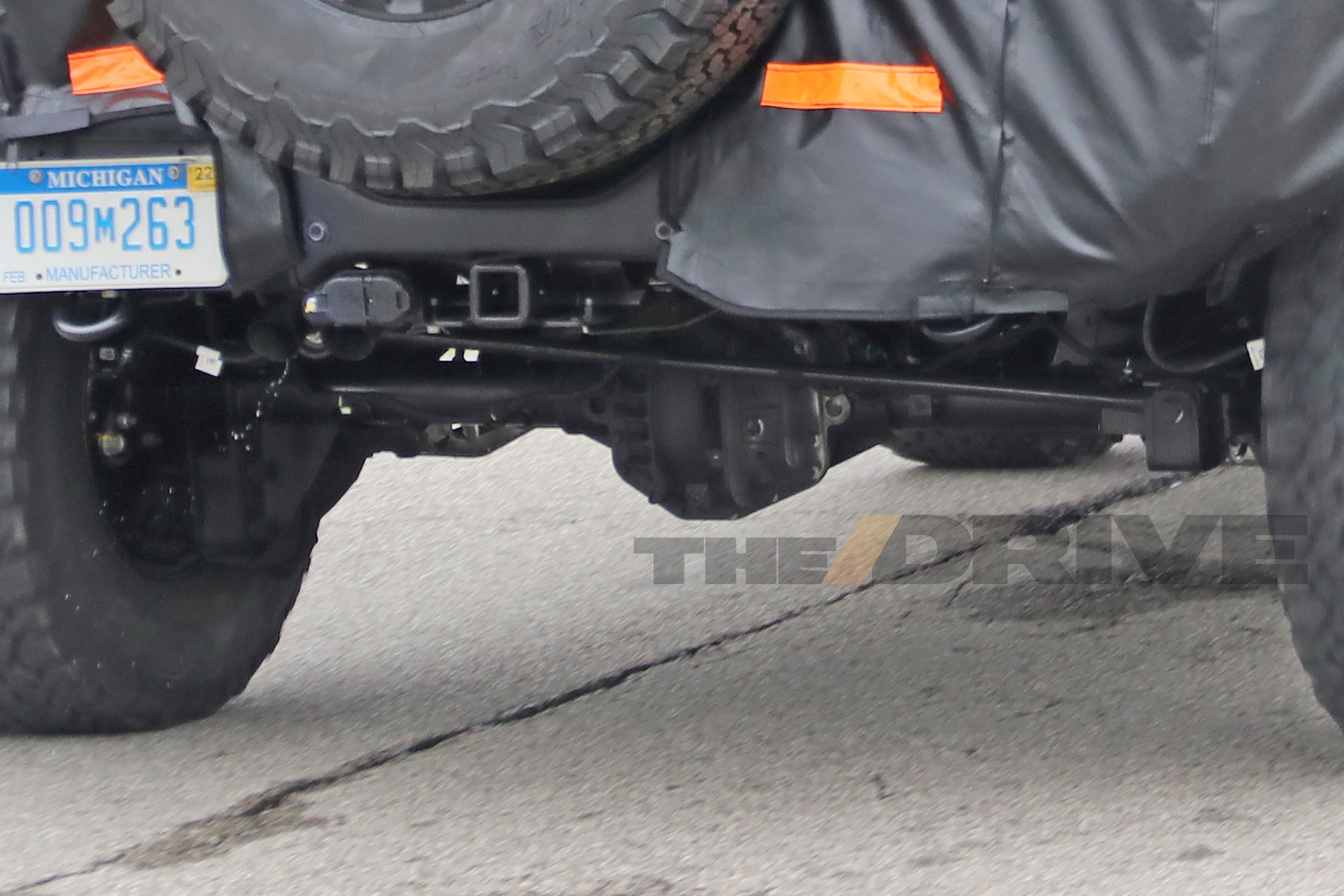 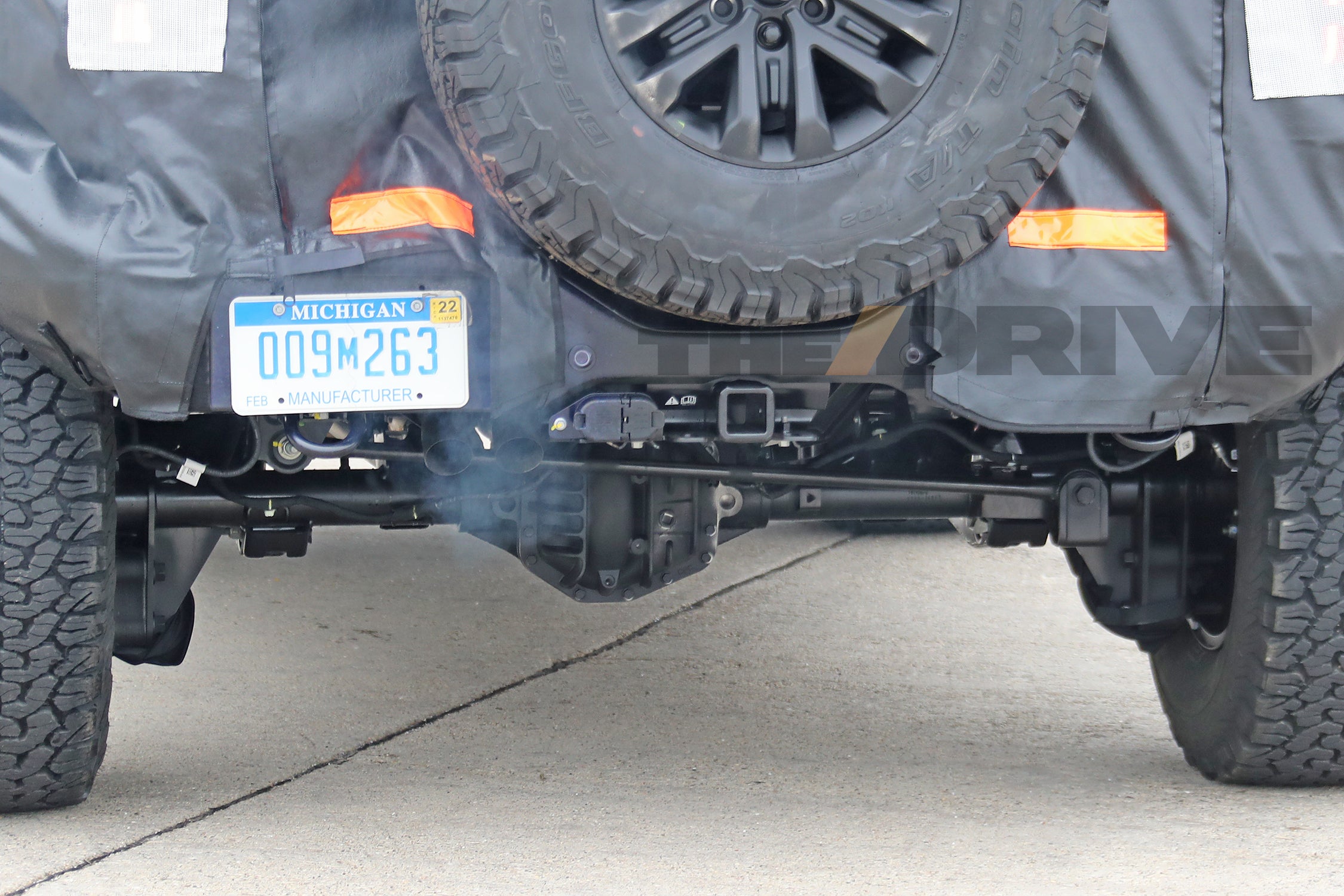 Who knows, maybe Ford will surprise us and go all-out like it supposedly is with the F-150 Raptor’s next generation. A supercharged, 5.2-liter Bronco ain’t likely, but at least it’s fun to think about. The 702-HP Ram 1500 TRX Pickup’s Fuel Economy Is Exactly What You’d Expect
We and our partners use cookies on this site to improve our service, perform analytics, personalize advertising, measure advertising performance, and remember website preferences.Ok