Hello, there. It’s me, your friendly neighborhood Mustang Woman checking in with a fun little update(ish) about our beloved pony car from the lips of Ford CEO Jim Farley himself. While it’s too early to have any sort of anything on what to expect with the upcoming seventh-generation Ford Mustang, we at least know Farley wants it to be cool.

Speaking to our own Kyle Cheromcha recently at Monterey Car Week, Farley wouldn’t confirm whether or not the next Mustang will appear next year. But when asked if there are any broad Mustang goals that he would care to share at the moment, Farley responded, “For my kid to have it on his wall. Or on his phone.” 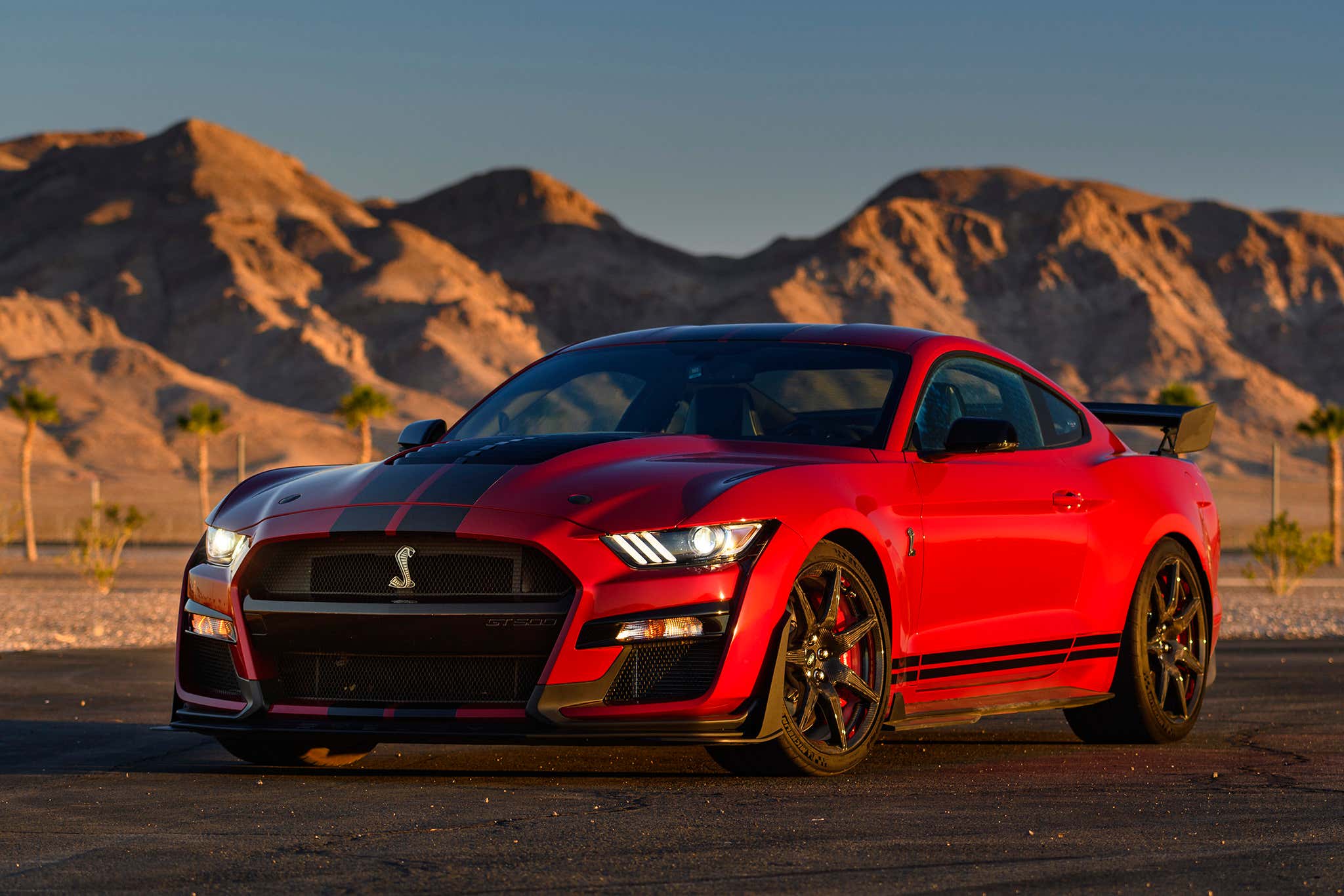 [Editor’s note: The Drive recently interviewed Ford CEO Jim Farley, a full transcript of which can be found here. This is one of several accompanying stories we’re publishing to highlight the most newsworthy details from the conversation.]

At first, it seems obvious that an executive would want his sports car to be poster-worthy. But keep in mind that Mustangs… have not always been poster-worthy. This might be a divisive take, but it must be said: Both the SN95 and S197 Mustangs were some of the plastickiest and cheapest looking Mustangs in recent memory. They looked like they were happiest sporting a set of chrome wheels and some dumb wing. The design was forgettable at best and clumsy at worst. Whenever I see one of these things I have to look away and try to forget they ever existed.

That all changed with the S550. All of a sudden, the fascia was sleeker, the tail more streamlined. The car finally looked better balanced and not as blocky as the one it replaced. Even now, six years after the current Mustang’s debut, it still looks good. Still modern. Still fresh. Still sophisticated.

And from that design came some of the most poster-worthy Mustangs to date, such as the Shelby GT350, GT350R, and GT500. With viciously fanged front bumpers, awesome wheels, and dumb (but in a good way) wings, these were cars that were superlatives both to photograph and look at—exactly what you’d want in a poster car. They inspire excitement and fast thoughts.

A recent report from Automotive News claims the next Mustang will arrive for the 2023 model year. The outlet doesn’t think many changes will come to the platform itself, though it might get all-wheel drive. And in 2025, a hybrid version could show up. Honestly, that would be just fine with me. Performance hybrids are so good right now I can’t imagine hybridizing the Mustang would make the car any worse. Sure, it might add a little weight, but the Mustang is already a big and heavy car. If some extra weight also means extra power and a more efficient engine, then sign me up.

Ford has a history of tinkering with Mustang engines to give its buyers different options. There was once a V6 Mustang and that was dropped in favor of the four-cylinder EcoBoost. Then Ford came out with the High Performance Pack for the EcoBoost Mustang that made it a genuine delight to thrash. Behind the Shelbys, the HPP four-cylinder Mustang is my favorite Mustang currently on sale. Bereft of four extra cylinders, there’s a lightness and responsiveness to its handling and steering that makes it feel like you’re driving a European coupe.

However the next Mustang winds up being, I just hope Ford won’t mess with the design too much because I’ve seen a lot of bad Mustangs in my life. But when they’re good they’re so good. What’s underneath is of no concern to me. Ford, make the new one good enough for my wall, too.

Got a tip or a photo of a cool Mustang to share? Email me at [email protected]