It’s pretty rare for high-level auto executives to actually use their own social media accounts, making it rather unusual—but very entertaining—for Tesla CEO Elon Musk and Ford CEO Jim Farley to actually engage with the public online as often as they do. The discourse between the two has remained strictly on Twitter as far as we know, but now it’s made it into an official press release relating to the upcoming electric F-150 Lightning.

In the release, Farley is quoted as saying, “Every so often, a new vehicle comes along that disrupts the status quo and changes the game… Model T, Mustang, Prius, Model 3.” That’s some pretty high praise for Tesla’s bread and butter sedan. 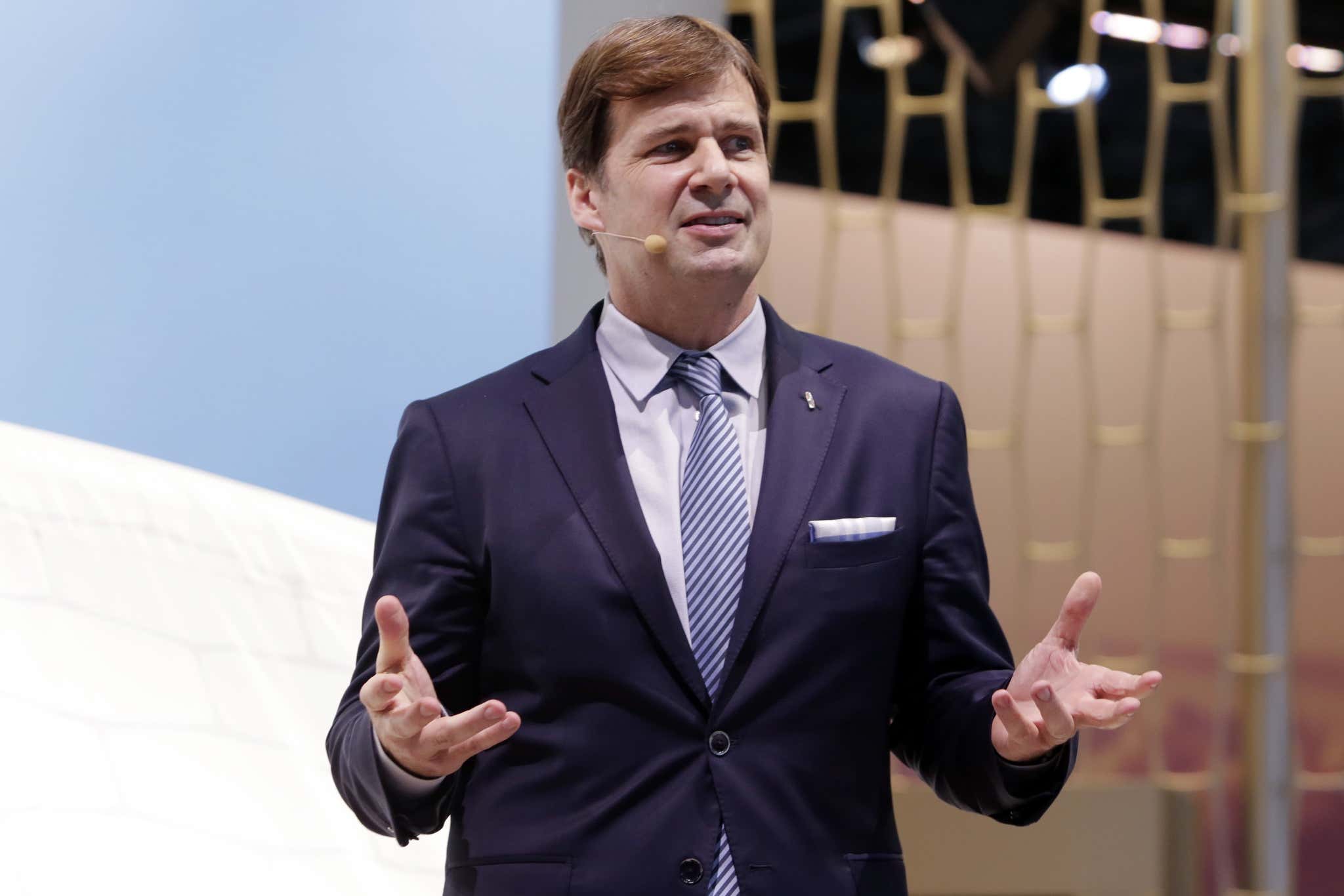 Farley is relatively active on Twitter along with Musk, and with the release of the Mustang Mach-E—the brand’s popular electric crossover that’s already eating into Tesla’s market share—the two automotive giants began to notice each other a bit more. For a while now, the duo’s interactions have had the air of friendly competition, but one has never officially complimented the other.

This all started back in March when Musk tweeted praise for Ford’s financial stability, followed by a retweet from Farley who said simply, “Respect.” Since then, Ford’s CEO has been vocal about Musk’s achievements. Likewise, Musk has given Ford credit where credit is due. It’s a strange relationship that’s unusual in the ultra-competitive world of auto manufacturing. Car companies don’t usually say nice things about each other, even when they are specifically asked to.

It’s worth noting that Farley is also fond of SpaceX. In a tweet on May 6, the Ford Exec congratulated the private aerospace enterprise on a successful landing of its Starship spacecraft, which triggered a prompt “Thanks Jim” from Musk himself.

While the compliments are flying more frequently between Farley and Musk, Ford and Tesla are still very much rivals. When Ford’s hands-free driving system BlueCruise was announced back in April, Farley joked that Ford had “tested it in the real world, so customers don’t have to,” prodding Musk over the fact that he’s beta testing software that holds life and death power over its users and other motorists on public roads.

Musk responded in a mocking/joking manner—depends on who you ask—by sharing a clip from the movie Tommy Boy, which, for those unfamiliar, starred Jim Farley’s late actor/comedian cousin, Chris Farley. Yes, they’re related.

Farley is one of the few automotive executives to publicly have nice things to say about Tesla, a company that has had a stranglehold on the EV market up until very recently. The California company’s impact on the world has been undeniable, but few OEMs have any reason to give it lip service. Just the same, Musk has appeared to gain at least a bit more respect for legacy automakers as Tesla has expanded its vehicle lineup and had to learn the ins and outs of mass-producing something as complex as cars.

In the aforementioned tweet exchange between the two CEOs, Musk said “Prototypes are easy, production is hard & being cash flow positive is excruciating.” He had similar sentiments at the Tesla battery day event held back in 2020, reiterating to the audience how difficult making things at scale actually was.

To be frank, it might be good for Musk to have some sort of relationship with a legacy automaker if he wants his brand to survive far into the future. It’s a fact that Tesla makes most of its money not selling cars, but selling regulatory pollution credits and the cryptocurrency Bitcoin. Other car companies need these credits to meet emissions standards in Europe and the United States, but as legacy automakers ramp up their own production of EVs, they’re needed less and less. Stellantis, one of the world’s largest auto manufacturers, recently said it will stop buying credits from Tesla. Other companies are likely to follow as countries like the U.K. state that it won’t allow the sale of combustion vehicles past the year 2030.

As Forbes reports, without cash from Bitcoin and the sale of emissions credits, Tesla is not profitable. It’s reminiscent of the pre-bailout situation where GM’s finance division was making more money from auto financing than the actual auto-manufacturing side of the business. Not a good position to be in.

Tesla’s credit sales will eventually dry up and the company might just find itself in a financial conundrum if Bitcoin doesn’t do so well either. It would certainly be nice to have powerful friends at Ford who recognize your company’s value if the going gets tough.

However, that’s a hypothetical situation, and if you strictly read publications like Teslarati it’s nothing to worry about anyway, of course. For now, the two companies’ relationship is strictly Twitter-based, and the two men running the giants are just having a bit of fun.