The new Ford Bronco has had a rough and tumble first year on the market. Despite launching to great fanfare, production issues have hamstrung the off-roader and customers have been kept waiting for months on end. Rather then expecting them to suck it up, Ford is doing what it can to relieve the pain. The automaker has set up a “satisfaction” fund for dealers to personally make things right with their customers, reports the Detroit Free Press.

In a letter sent to dealers, Ford explains that the fund was established in “an attempt to assist dealerships while helping manage the wait for Bronco customers with confirmed orders.” The program allows for maximum payments up to $1000 for dealers to spend on customer relations. Notably, the scheme isn’t run in a prescriptive fashion. The idea is that dealerships know best what their customers want and need, and thus are best positioned to decide how to spend the money. 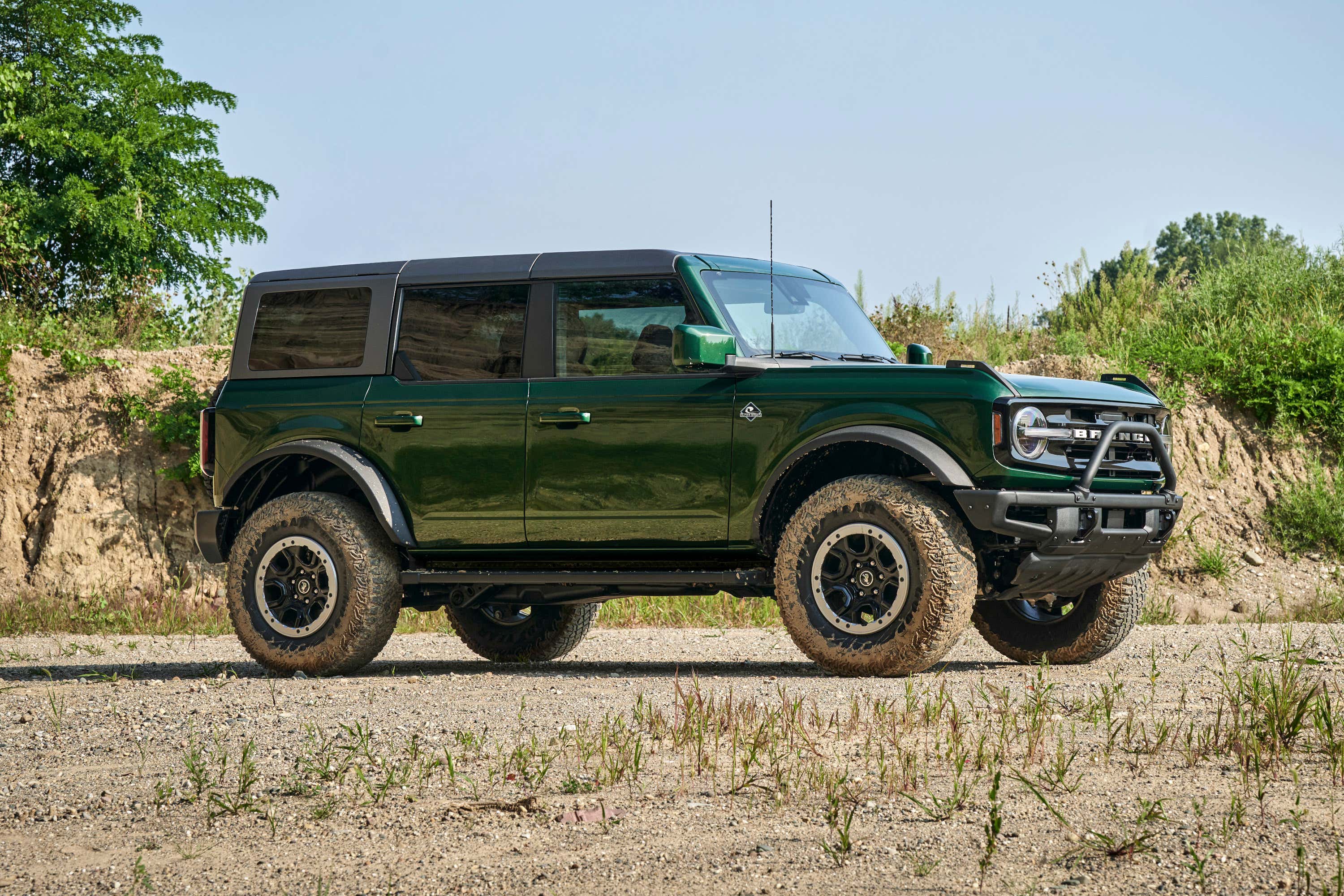 Ford’s proposal is that customers visiting dealerships for Bronco hardtop replacements, those waiting on an order, or those making an order for the 2022 model year, could be ideal candidates for the program. Dealers are encouraged to use the fund to provide customers some branded merchandise, to help cover costs for lease vehicles or rentals for those stuck waiting, or to reimburse servicing costs for their existing vehicles.

Alternatively, dealers could buy customers a bottle of their “favorite bourbon or spirit” as a gesture of goodwill. It’s an unusual measure for an automotive company to purchase alcohol for customers. However, it’s a gesture that could go a long way for dealers that have a strong personal relationship with their customer base. And, after all, there’s nothing wrong with adults enjoying a delicious beverage.

Ford clearly sees value in the personal touch, and thus is willing to allow dealers a broad scope with the fund. Indeed, the Detroit Free Press notes that Florida dealership manager Jeff King plans to spend the money in a rather creative way. King’s dealership intends to rent the Bronco Off-Roadeo facility in Texas, maxing out the fund allocations to fly out 35 of their customers and put them up in a hotel for two nights. “For us, we would rather create experiences than buy a keychain for people,” said King.

It bears noting, however, that the fund doesn’t allow for $1000 spent on every Bronco customer left waiting. According to one forum poster on Bronco6G.com, Ford is carving out dealerships a total allowance, and out of that, it can spend up to $1000 on a single customer. The idea is that the full figure is only to be spent in special cases.  Ford Bronco marketing manager Mark Grueber noted that “Each customer is a different situation; some may not need any compensation.”

It’s no surprise Ford is having issues; on top of the chip shortage and hardtop issues, there’s also been massive demand. From 190,000 initial reservations, Ford clocked a full 125,000 orders by the middle of this year. The company has gone as far as shutting down shutting down online reservations to try and manage the situation.

To qualify for the satisfaction scheme, dealers must spend the money, and then apply to Ford for reimbursement, while supplying proof of the customer’s order details and identity. With the sales force calling the shots, Bronco customers wanting special treatment might want to start getting chummy—or irate—in order to shake them down for a few bottles of the good stuff.