Have you ever read the Guinness World Records book? There are so many weird records in there – the longest tongue, for example, or the longest jump by a cat. How about the longest golf club? Yes, the world of Guinness is weird and wonderful.

The famous book is now welcoming another record and it comes from Finland. It’s for the fastest time to push a car on a one-mile course. The new record was set last month by Jussi Kallioniemi, and his main goal was to “raise awareness of important themes related to exercise and well-being as well as to encourage people to try new things.” 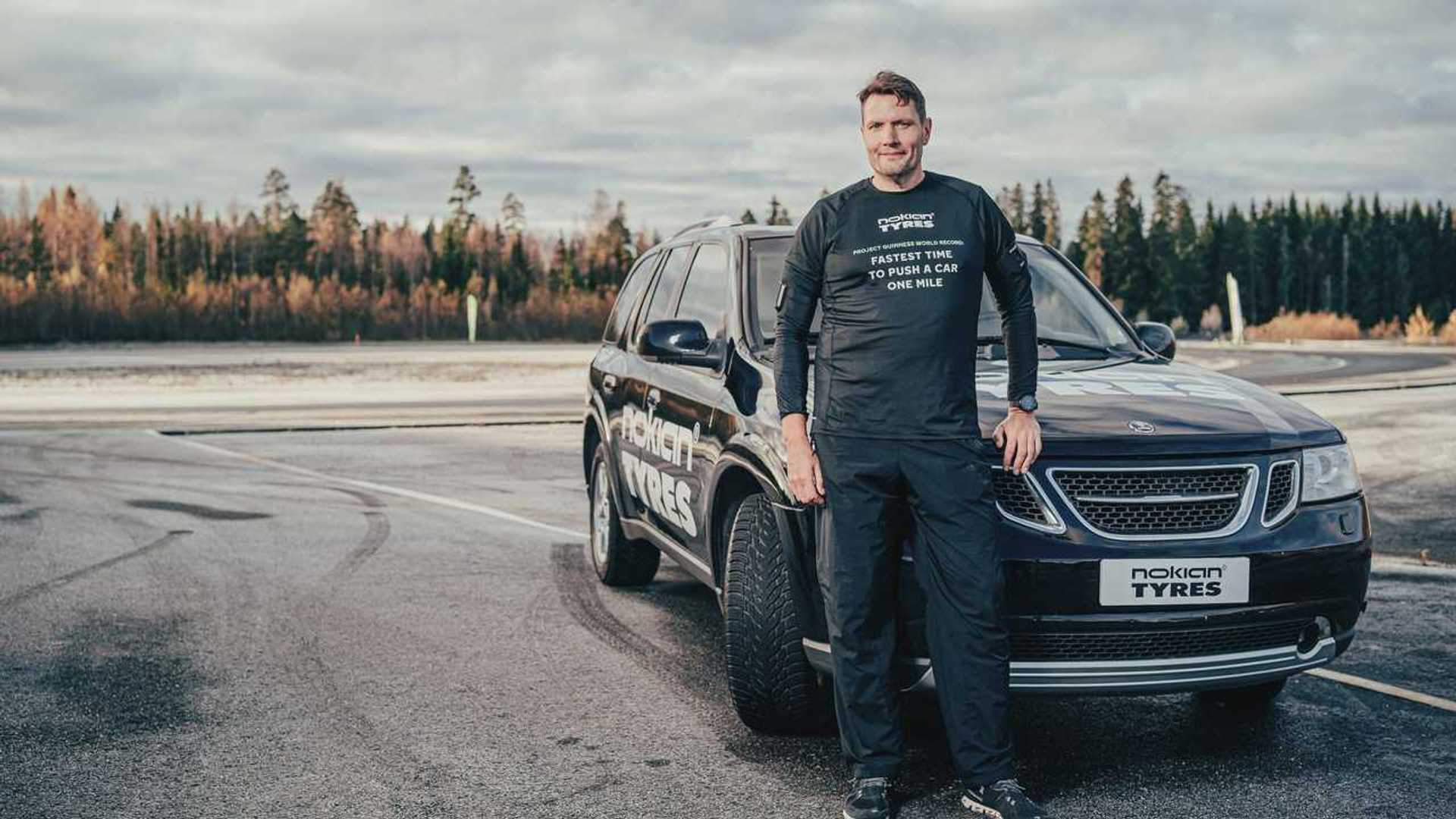 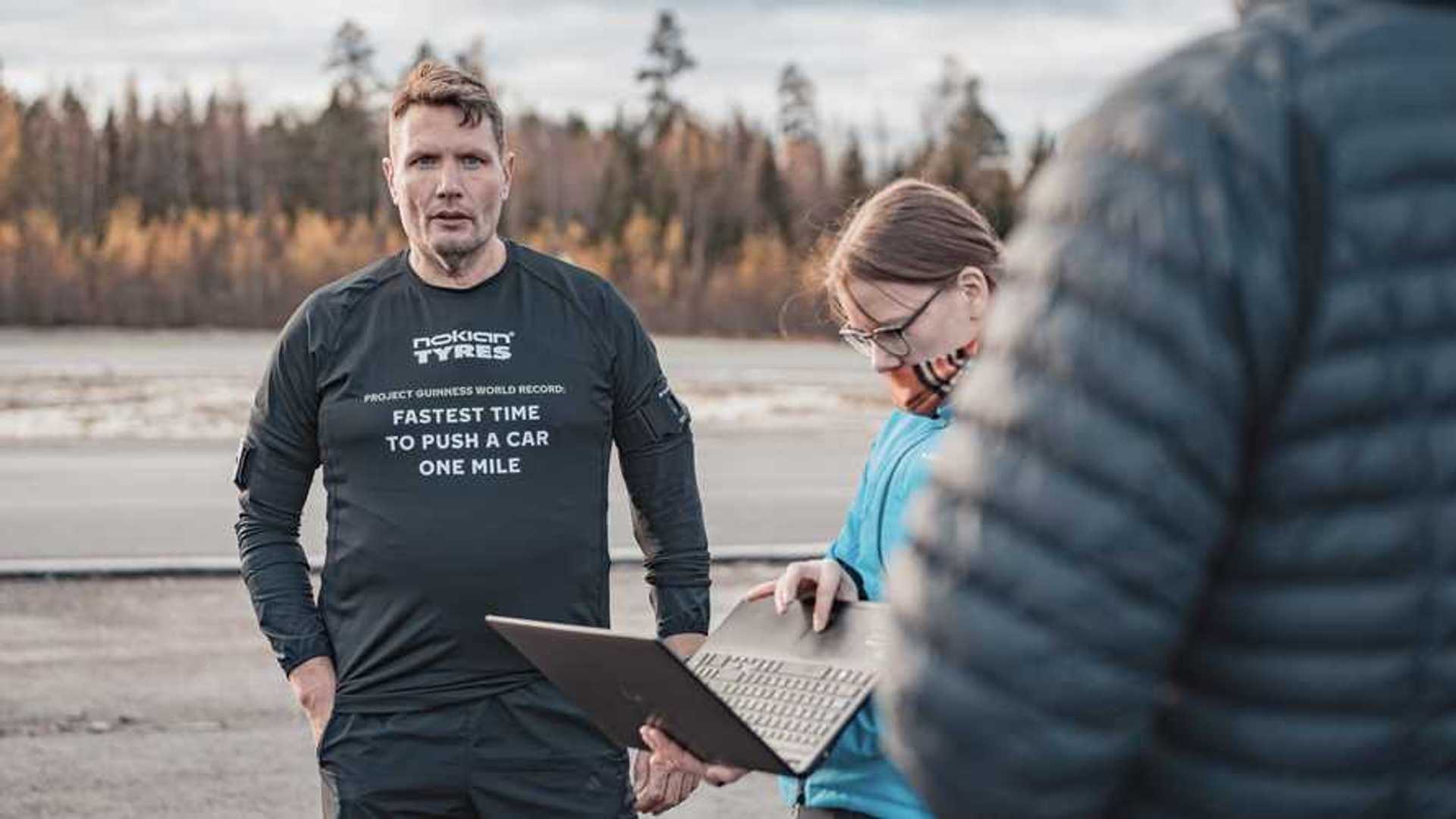 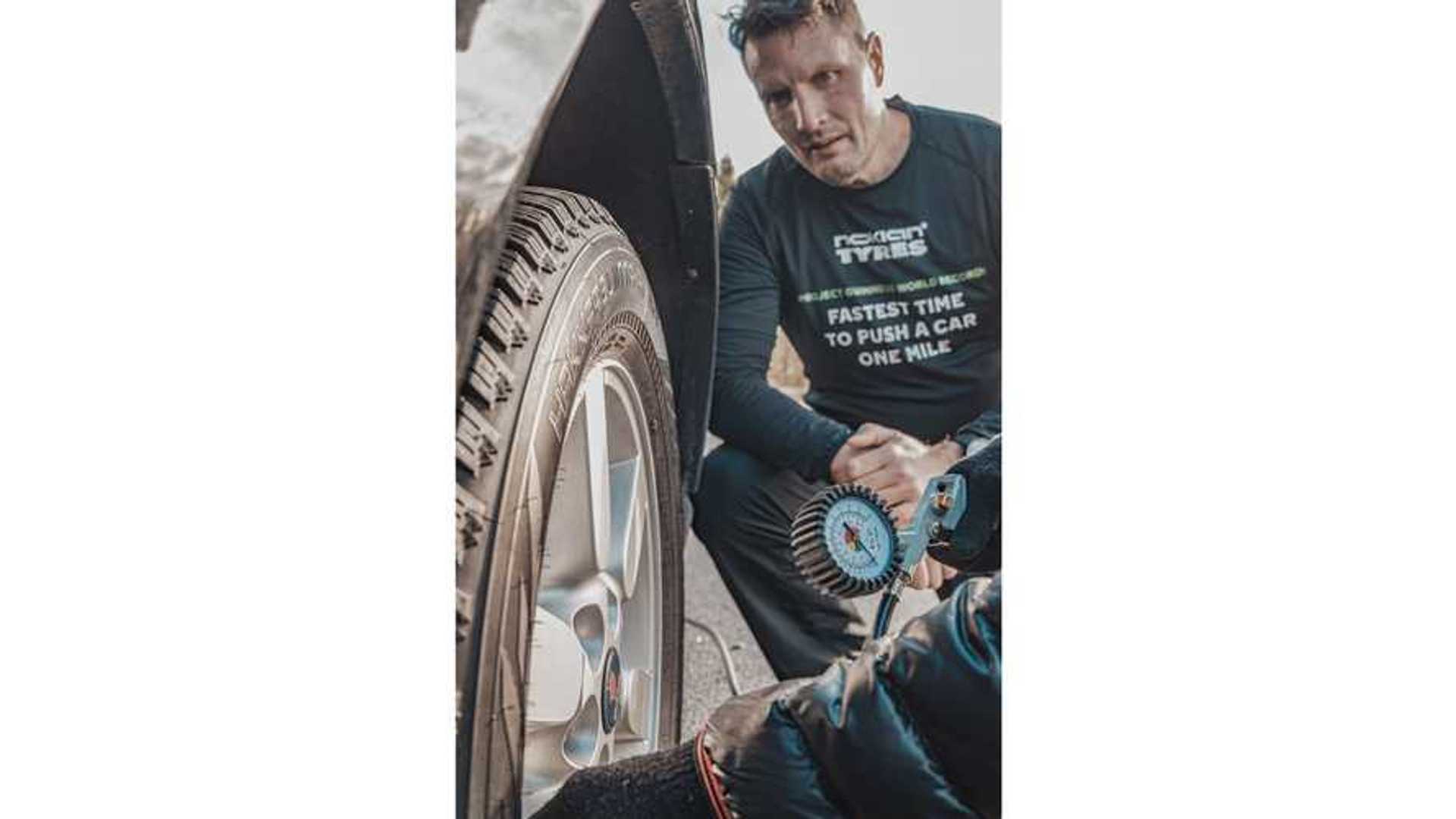 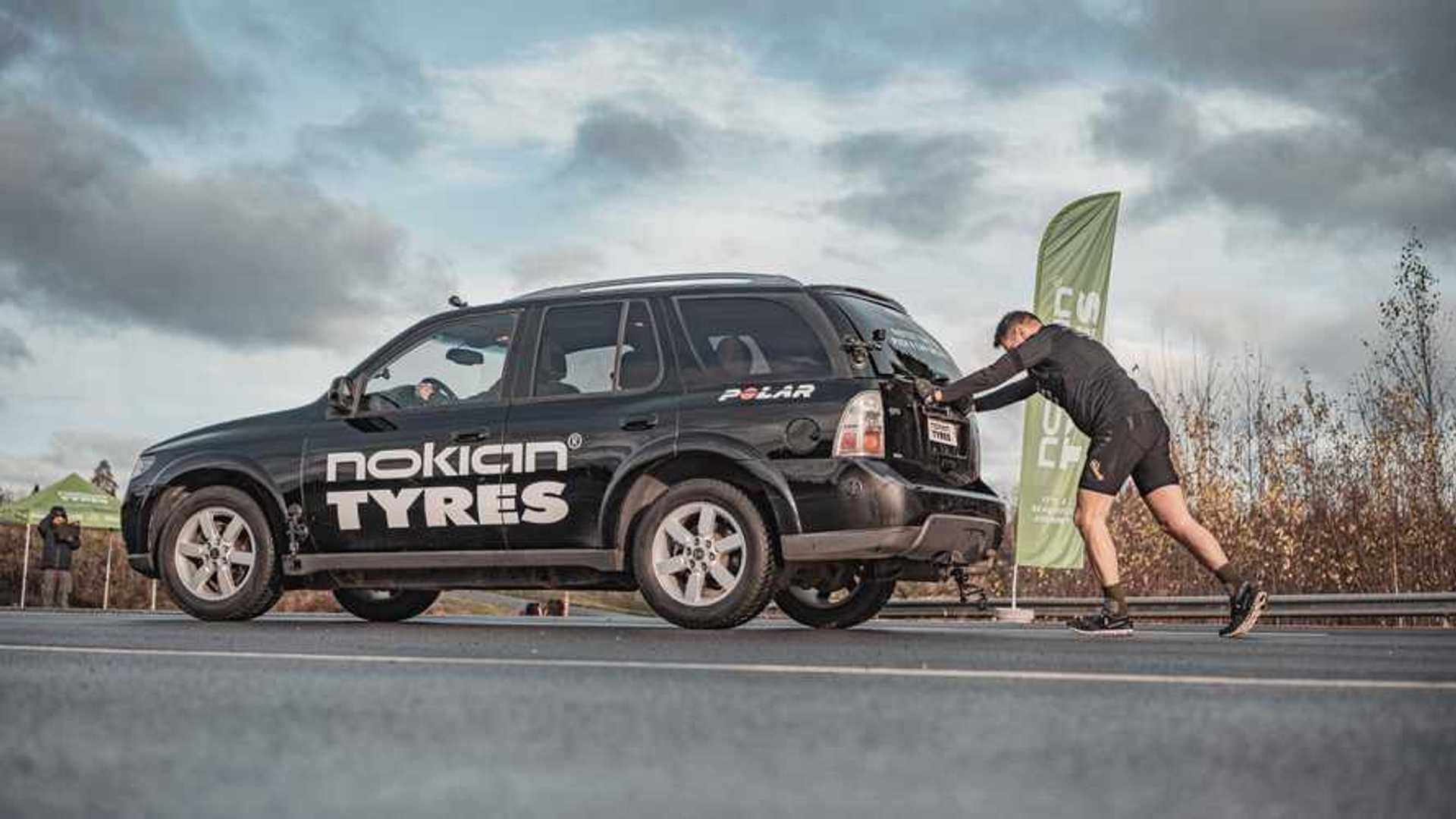 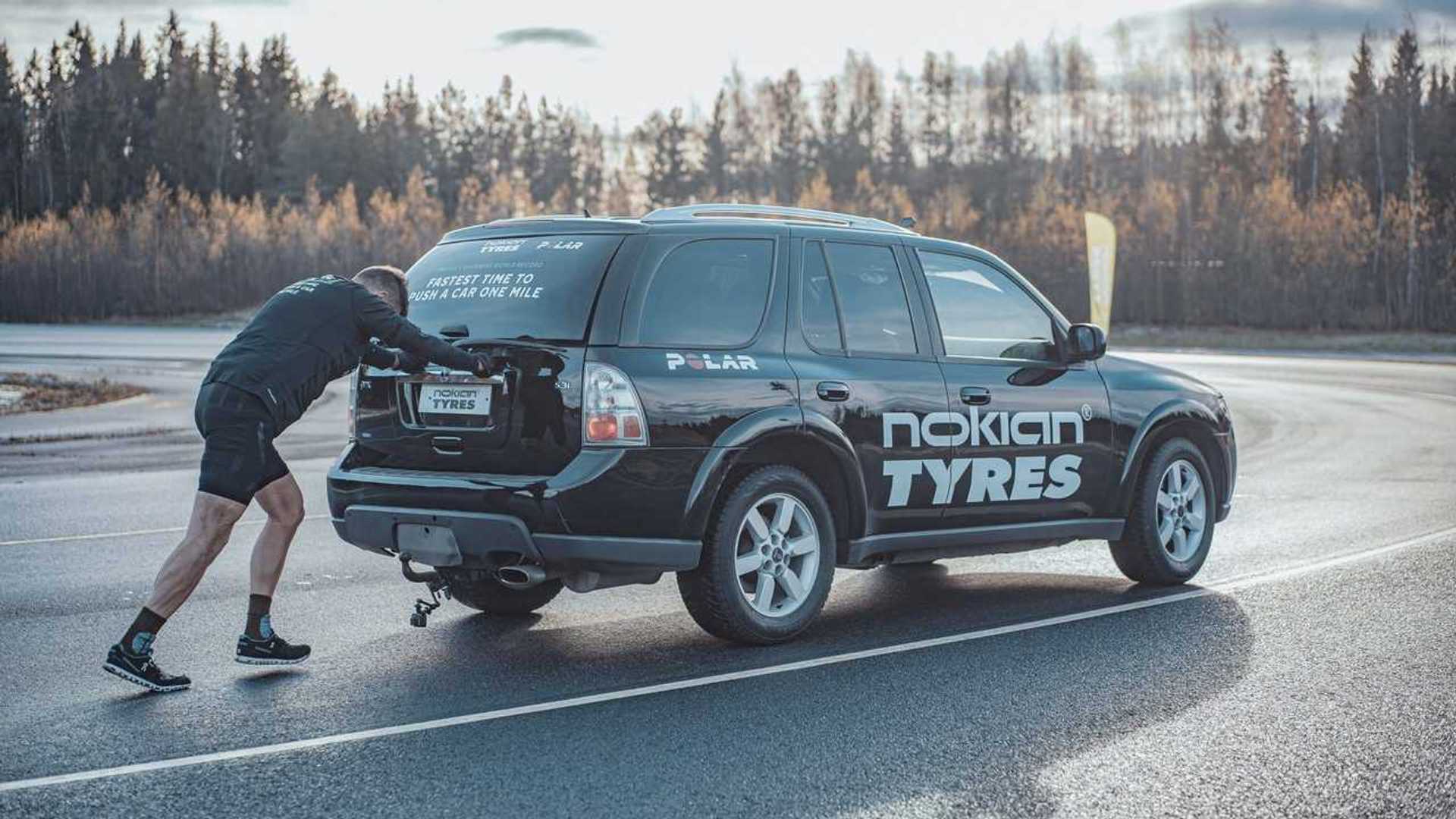 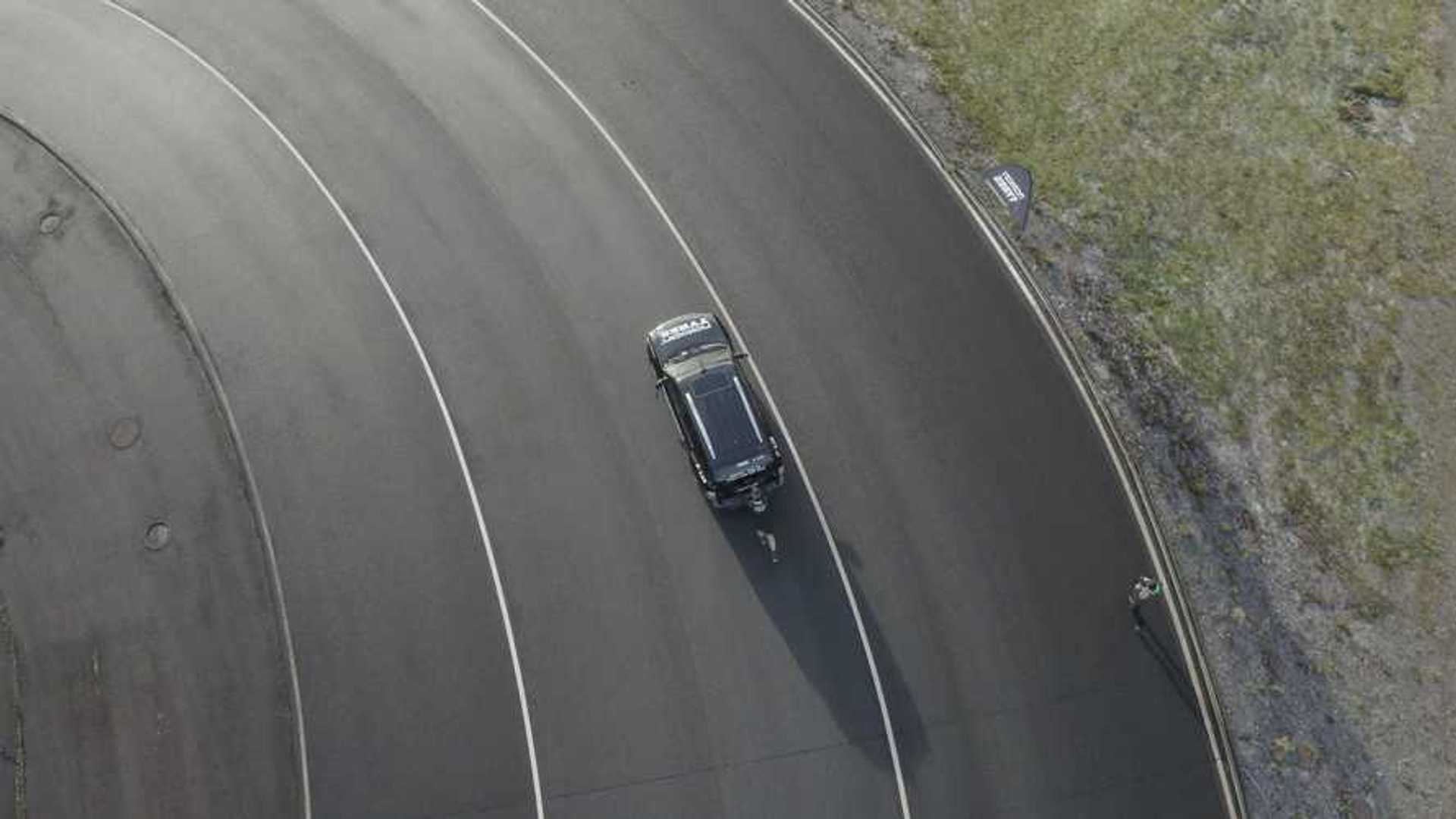 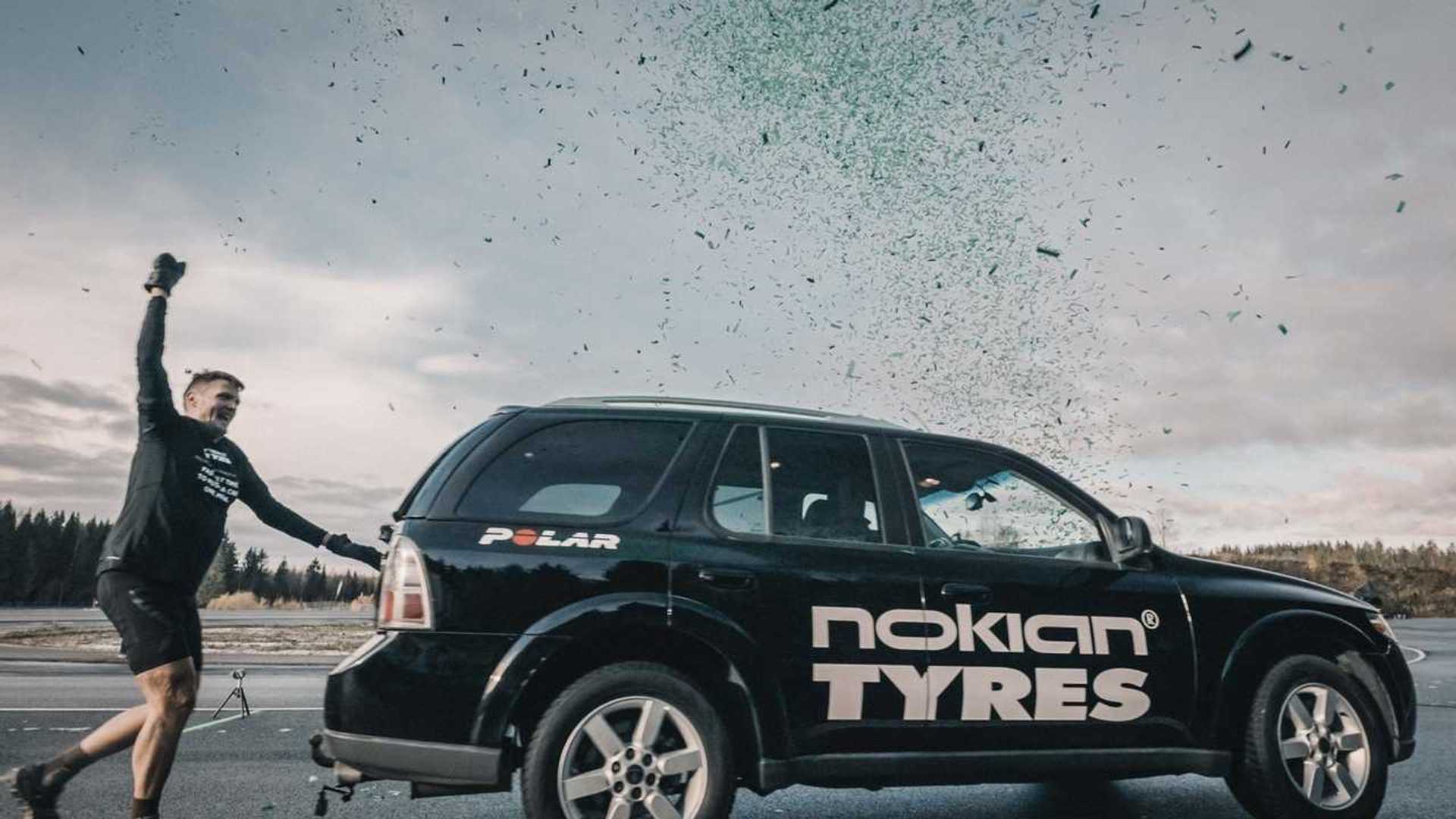 Kallioniemi pushed his 2006 Saab SUV through the course in 13 minutes and 26 seconds, thus improving the previous record by approximately two minutes. The 47-year-old IT specialist explains that the test was not a matter of “brute force” as he searched for ways to optimize the car’s rolling resistance, which made the task easier. For example, he used a set of Nokian tires with the lowest possible rolling resistance and adjusted the inflation pressures evenly.

“Succeeding in the world record gives me a boost of energy and enjoyment. I feel like the final piece of the puzzle has fallen into place,” the new record holder Jussi Kallioniemi comments. “People often tell me that I don’t look like a strongman – and I’m not one. A normal middle-aged man can take on a world record challenge if they take everything into account and try to get the car rolling as lightly as possible.”