A new British speed record has just been set, with an astounding two-way average of 103.6 mph. This velocity might not seem impressive considering economy cars can reach 100 mph without much effort, but when a farm tractor hits that mark, we’ll sit up and pay attention.

The record was achieved by a highly modified JCB Fastrac piloted by British stunt driver and motorcycle racer Guy Martin. The feat was accomplished on the runway at Elvington Airfield, which is the U.K.’s longest at 1.8 miles. It shattered the previous 87.27-mph record set by Top Gear.

While based on a production Fastrac 4000-series chassis, every aspect of the record-breaker was scrutinized to maximize performance. The engine is a 7.2-liter diesel six-cylinder with a single turbocharger supplemented by an electric supercharger to minimize lag. Thermal management is handled by upsized radiators, as well as oil coolers located on both sides of the cab. Stronger connecting rods and auxiliary piston cooling are among changes made to the block. All in, the mill is capable of 1,000 horsepower and more than 1,840 lb-ft of torque, although it was detuned an unspecified amount for the record run to reduce risk of failure.

A CVT is the optimal transmission for farm duty, but in this application a six-speed manual was fitted. Its clutch pedal has a mere 1.2 inches of travel to better enable Martin to execute lightning-quick shifts. The gearbox channels power to an ultrastrong solid rear axle custom-built using components from different tractor series. The wheels measure 28 inches and were wrapped in specially designed road-rated tires. Unlike agriculture-spec tractors, four-wheel drive was eschewed for weight savings and improved drivetrain efficiency.

Aerodynamics played a critical role in the accomplishment. Custom wheel fairings, lowered side skirts, and a front-end splitter smoothed airflow to help the tractor rip down the runway. Unlike on Top Gear’s record-setting machine, a rear aero element was deemed unnecessary. That’s perhaps owed to the vehicle’s weight, which, while reduced from more than eight tons to a svelte five and a half, likely provided sufficient stability at high speeds. 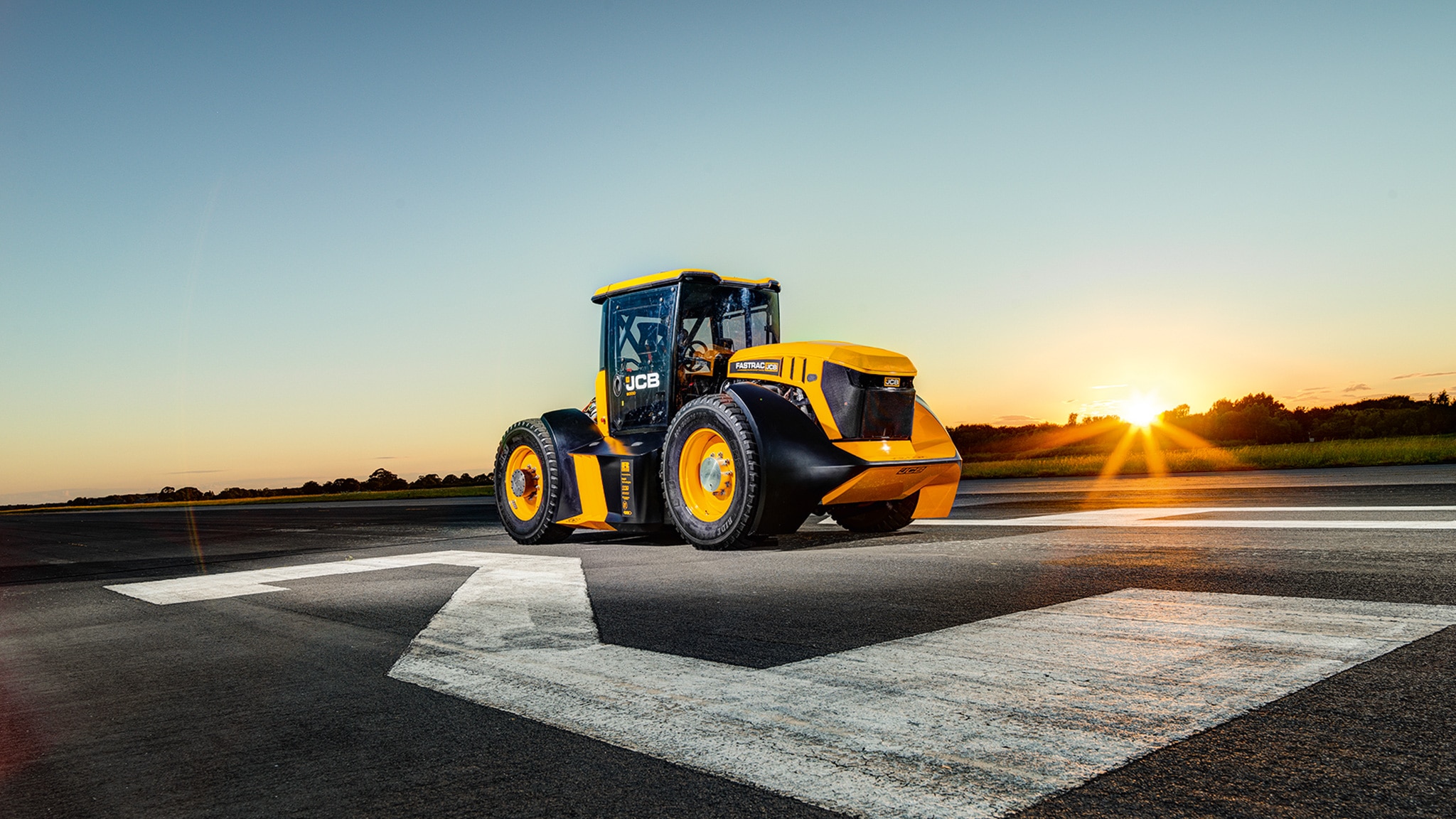 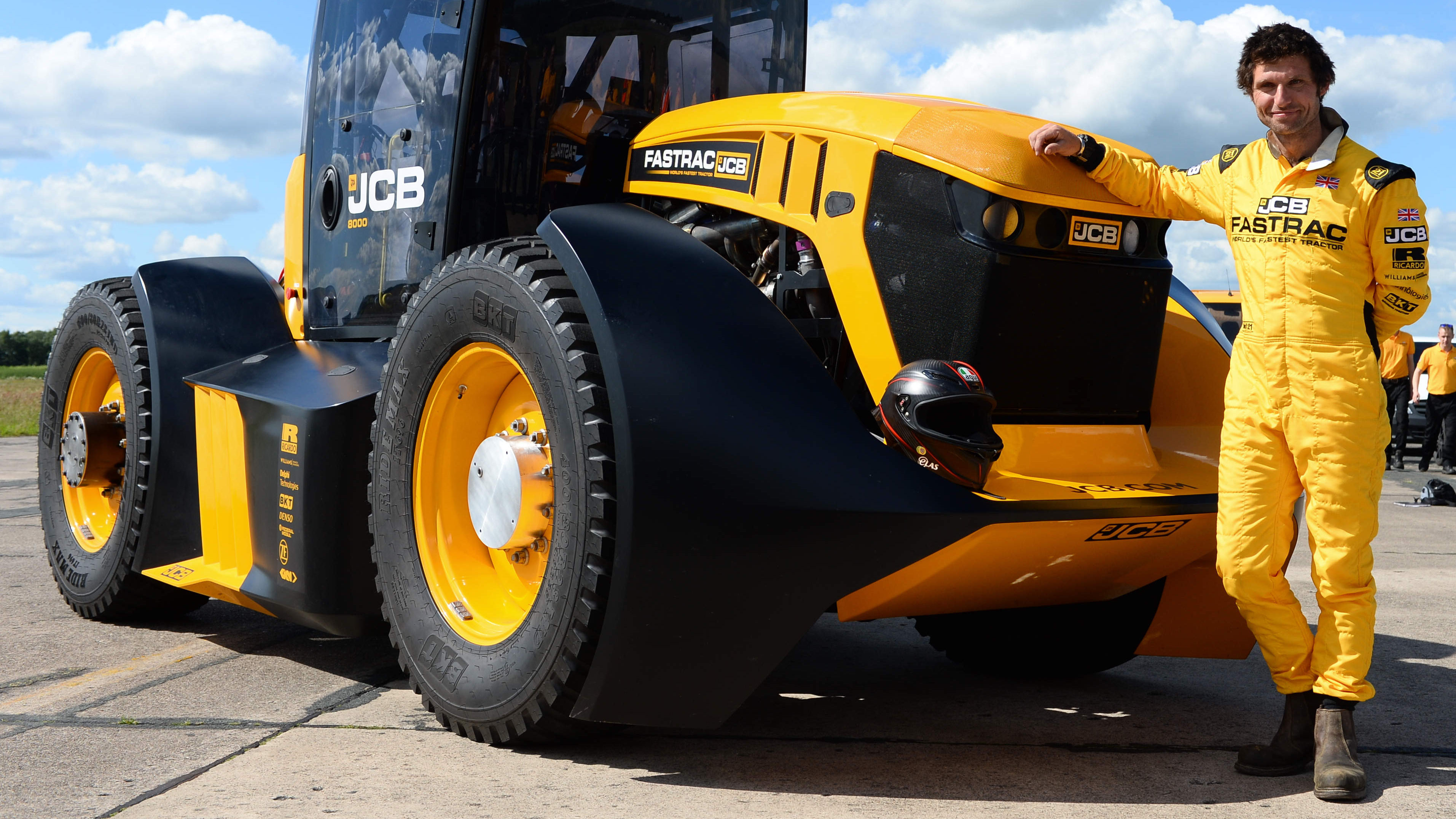 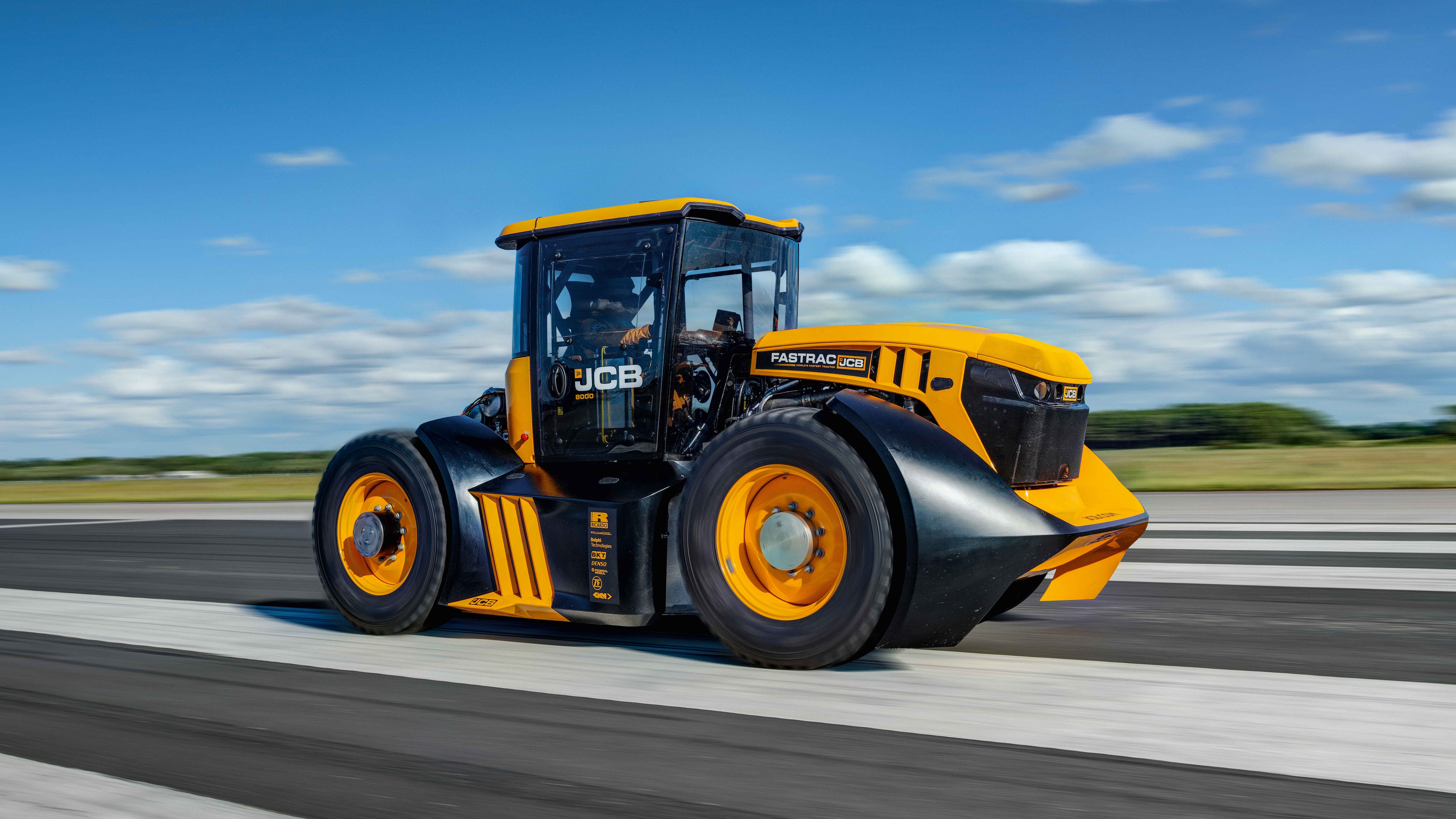 As with many automotive straight-line speed-record runs, the results were calculated by taking the average of two runs, one in either direction of the track. Fifteen-mph winds at Elvington may have hampered the tractor’s terminal velocity, so JCB says it will soon attempt to improve on the achievement. Here’s hoping it succeeds.