For over a year now, the seabirds and dolphins that flitter and frolic about Georgia’s picturesque St. Simons Sound have shared their home with an unwelcome guest: the capsized cargo ship MV Golden Ray, a 656-foot car carrier with 4,200 new Hyundais and Kias aboard that rolled over in shallow waters last September. But this week brings some good news for nature, and for fans of extremely violent, unprecedented salvage operations: our all-too-human plan to chop up the ship, cars and all, with a gigantic metal chain is finally underway.

On Friday, the St. Simons Sound Incident Response team announced the salvage crew had begun making its first cut on the bow of the Golden Ray, using a 400-foot-long anchor chain strung underneath the ship and pulled back, forth and slowly upward by a pair of high-tension winches on each side. Imagine a two-man saw and you get the rough idea, except instead of a couple of old-timey lumberjacks on either end, it’s the VB-10000, the country’s largest heavy-lift floating crane. 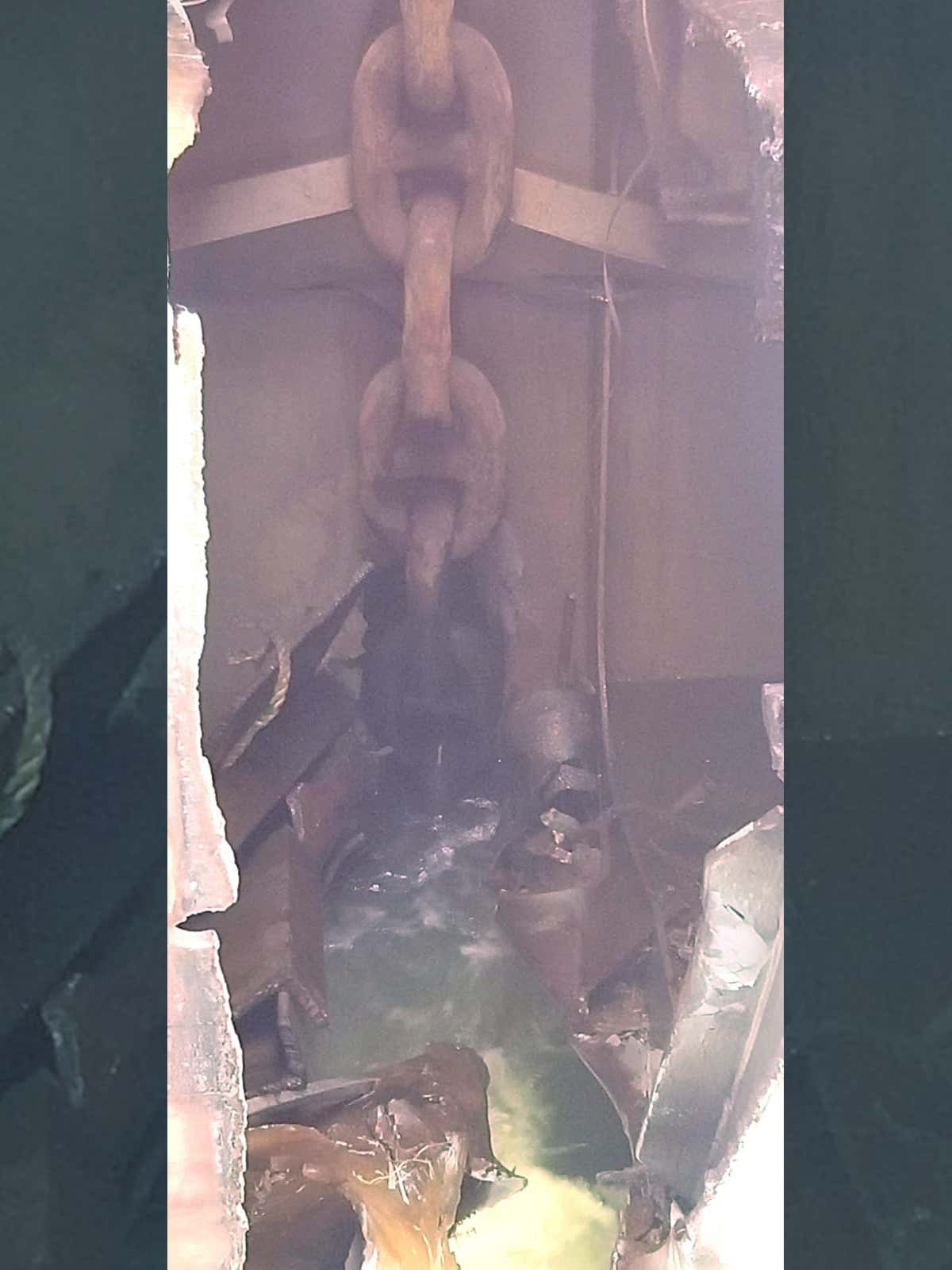 And instead of a tree, that chain—whose individual links are a foot and a half long and weigh 80 pounds—is cutting through a whole lot of Hyundai Sonatas. Officials expect things will get messy as the ship is cut into eight pieces over the next week.

“We expect there will be noise, fires, product discharges, and debris once we begin the cutting and lifting process. It would be unrealistic to say that this operation will be clean and perfect,” Georgia Department of Natural Resources State Coordinator John Maddox said. “We installed a multi-layer environmental protection system and have practiced prevention and response strategies for several months. We are prepared to protect the community and environment of St. Simons Sound.” 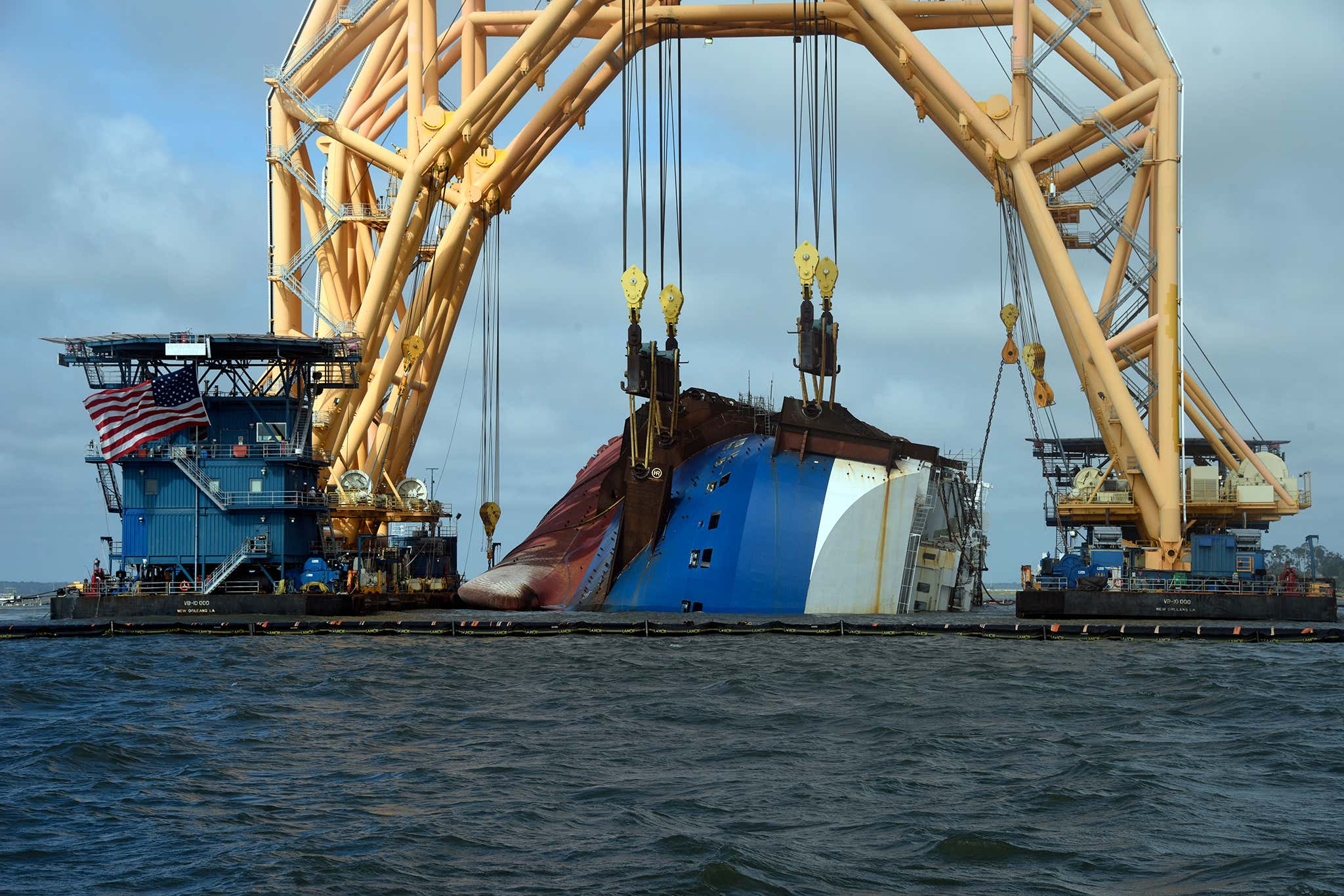 More specifically, engineers surrounded the Golden Ray with mesh barriers and floating booms to contain any debris or fluid spills. Firefighters will be on scene throughout the entire process. Noise levels will be monitored to protect people and marine life alike. Local outlet The Brunswick News reported no noise complaints on Friday or Saturday as small crowds gathered on the shore to watch the process—which is admittedly less dramatic in the early stages than you’d expect. AP News quotes a Coast Guard official saying the chain is only moving about seven feet a minute. There are no scenes of mangled Kia Sorentos splashing into the sound. Yet.

It hasn’t all gone smoothly, though. Officials said the first chain actually broke on Saturday after about 25 hours of use, and the operation was paused so the link could be repaired and its entire 400-foot length inspected for other potential issues. Quick, someone call Ron Popeil.

“The cutting process was carefully engineered and modeled, but it remains a highly complex operation. This is the first of seven cuts. During each cut we will continue fine-tuning our cutting parameters, including speed and tension of the chain, to improve its efficiency,” Deputy Incident Commander Tom Wiker from Gallagher Marine Systems said. “Though the cut is taking longer than expected, we’re gaining valuable knowledge that will guide the rest of this operation.”

After the cuts are made, each section will be lifted out by the VB-10000 and placed on barges to be shipped off for recycling. When the plan was first announced back in July, Hyundai Glovis said it would collect and scrap as many of the 4,200 cars as it could, so don’t get your hopes up for a sweet salvage ship deal. Considering they’ve all spent the last 13 months on their sides, most are underwater, and many of them are about to get shredded by a merciless uber-chain, these are tortured wrecks for whom death by junkyard would be a sweet, sweet relief. 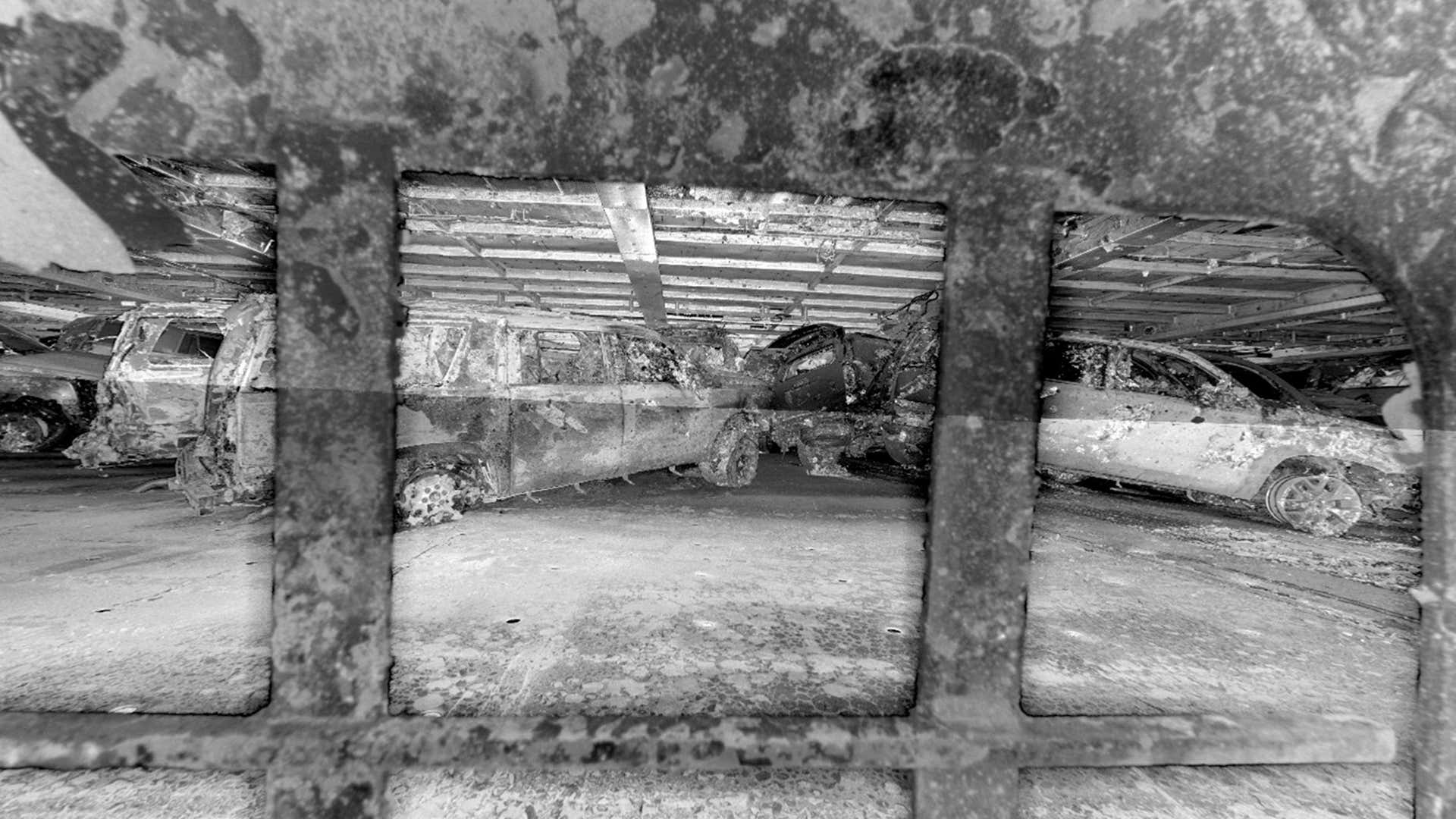 This lidar image of one of the cargo decks was captured by investigators late last year. You can imagine things have gotten just a bit worse since then.