The Ram 1500 TRX is known primarily for one thing — packing a 702-horsepower supercharged V8 engine under the hood. If you want a big, raucous truck with more power than its mass-produced rivals, you can’t look anywhere else. America’s pickup powerhouse will shortly be available in the Australian market in an official capacity, as reported by Drive.com.au. Those eager to get one sooner can stump up for an unofficial right-hand-drive conversion model, if they can bear the sticker shock, that is.

A simple search on CarSales.com.au reveals many TRXs for sale well ahead of the official Ram Trucks model launching down under. Most of these have come through AUSMV, a distributor specializing in RHD conversion vehicles. If you want that big Hellcat 6.2L V8, though, be prepared to stump up a hefty sum. Prices start in the realm of $245,000 Australian dollars for the crew cab 4×4 model, equivalent to over $180,000 US dollars. 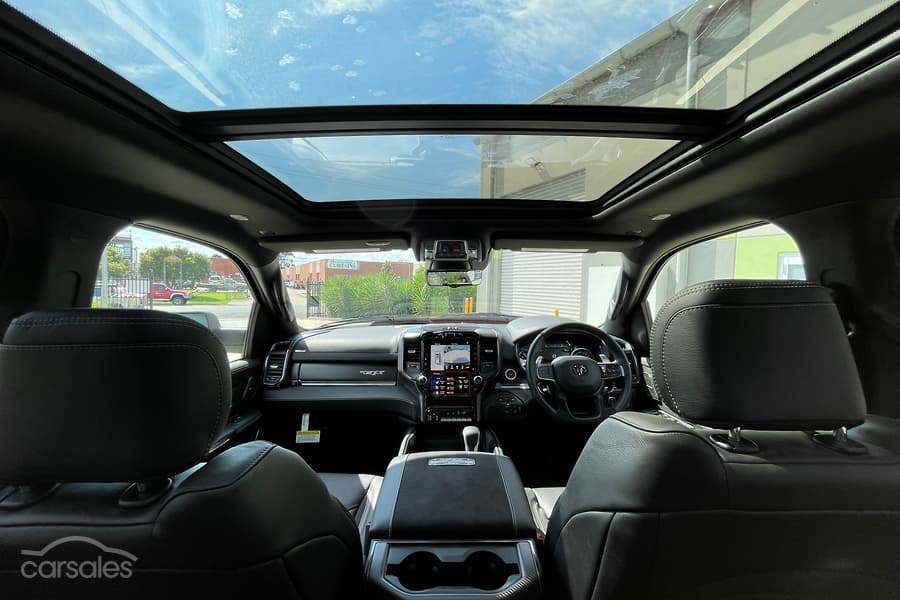 A shot of the interior of a RHD-converted Ram 1500 TRX.

For some time, various Australian aftermarket companies have worked to convert various US market pickup trucks to right-hand-drive. The process is expensive, and thus high-margin premium vehicles like the Ram 1500 TRX are often ideal choices, as they offer something otherwise unavailable on the Australian market.

The TRX examples on sale appear to have been completed in partnership with SCD Remanufactured Vehicles, a company that specializes in right-hand-drive conversions of various USDM pickup trucks. Sale listings specifically mention SCD’s Steering Transfer technology, which uses a pair of 90-degree gearboxes to allow the steering wheel to be shifted to the other side of the vehicle without compromising the OEM steering geometry.

It is possible to buy factory-backed RAM Trucks in Australia, though the TRX model won’t drop until later this year. Thus far, the official outlet sells five trim levels of the Ram 1500, with the most powerful models packing the 5.7-liter Hemi V8, good for 395 horsepower and 410 lb-ft of torque. They still come in at a pretty penny, though, with the Ram 1500 Limited Crew Cab starting at an MSRP of $139,500 Australian dollars, or roughly $105,000 American dollars.

The offical factory-backed TRX models are expected to retail around $180,000 to $220,000 Australian dollars, or around $135,000 to $165,000 USD, significantly undercutting the aftermarket models. These vehicles are also going through a full suite of tests to ensure they meet RAM’s factory quality standards, something that can’t be said for aftermarket conversions. However, according to sources contacted by Drive.com.au, it’s believed that most or all of the initial run of 200-250 trucks has already been spoken for. 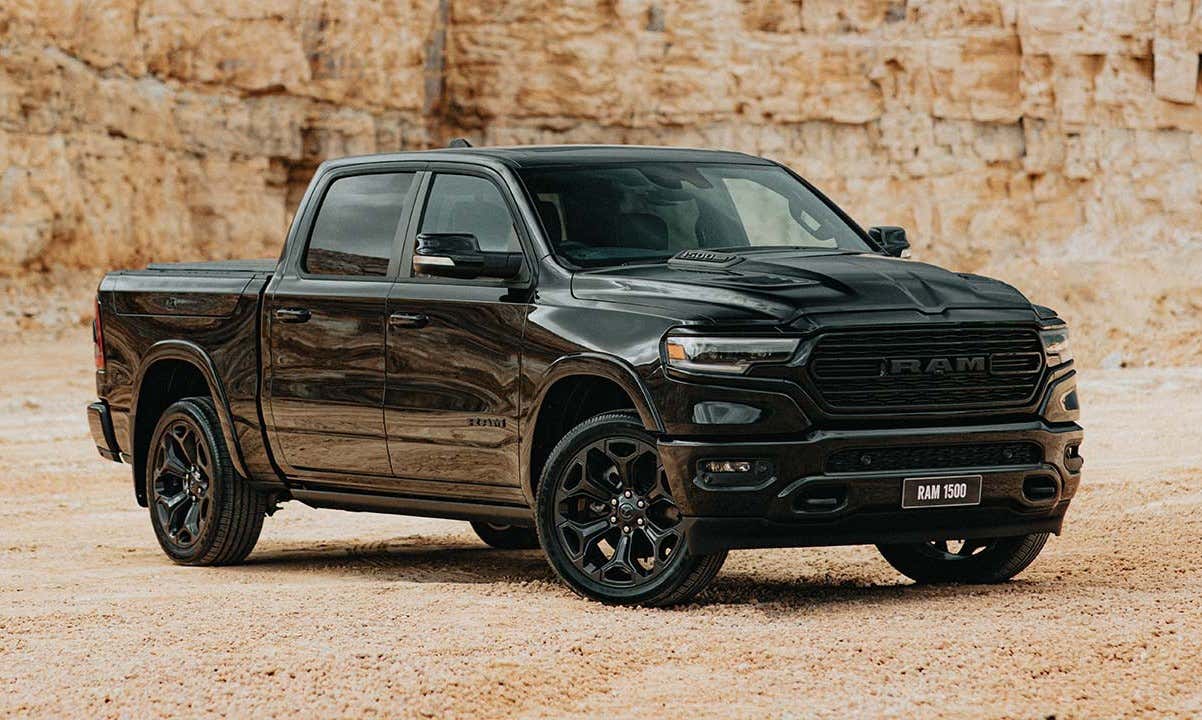 The Ram 1500 Limited is currently the most powerful pickup the company officially sells in Australia.

Prices of US-sourced pickups in Australia are, quite simply, sky high. Like a lot of American-built vehicles, however, they hold a certain exotic status down under and thus can command enormous sums that would be otherwise unthinkable. However, with sales building from RAM and Chevrolet’s antipodean efforts, and with Ford set to bring the F-150 back to Australia for the 2023 model year, full-size pickups could soon become a more normal part of the market there, and presumably at more normal prices, too.