There are airplane engine logos all over the body and interior.

The Bugatti Chiron Sport Les Légendes du Ciel edition celebrates the brand’s success in the aircraft industry and racing in the early 20th century. The company is making a limited run of 20 cars that it is selling for €2.88 million ($3.42 million at current exchange rates) each.

The Chiron Sport Les Légendes du Ciel wears a matte gray body in a color that Bugatti calls Gris Serpent with a wide, gloss white stripe running the length of the exterior. The blue, white, red colors of the French flag appear on the side sills just behind the front fenders. The horseshoe-shaped surround for the grille has a gloss black finish, and the skinny uprights in the grille are laser-cut and deep-drawn aluminum. The exhaust accent is 3D printed, high-temperature-resistant Inconel. 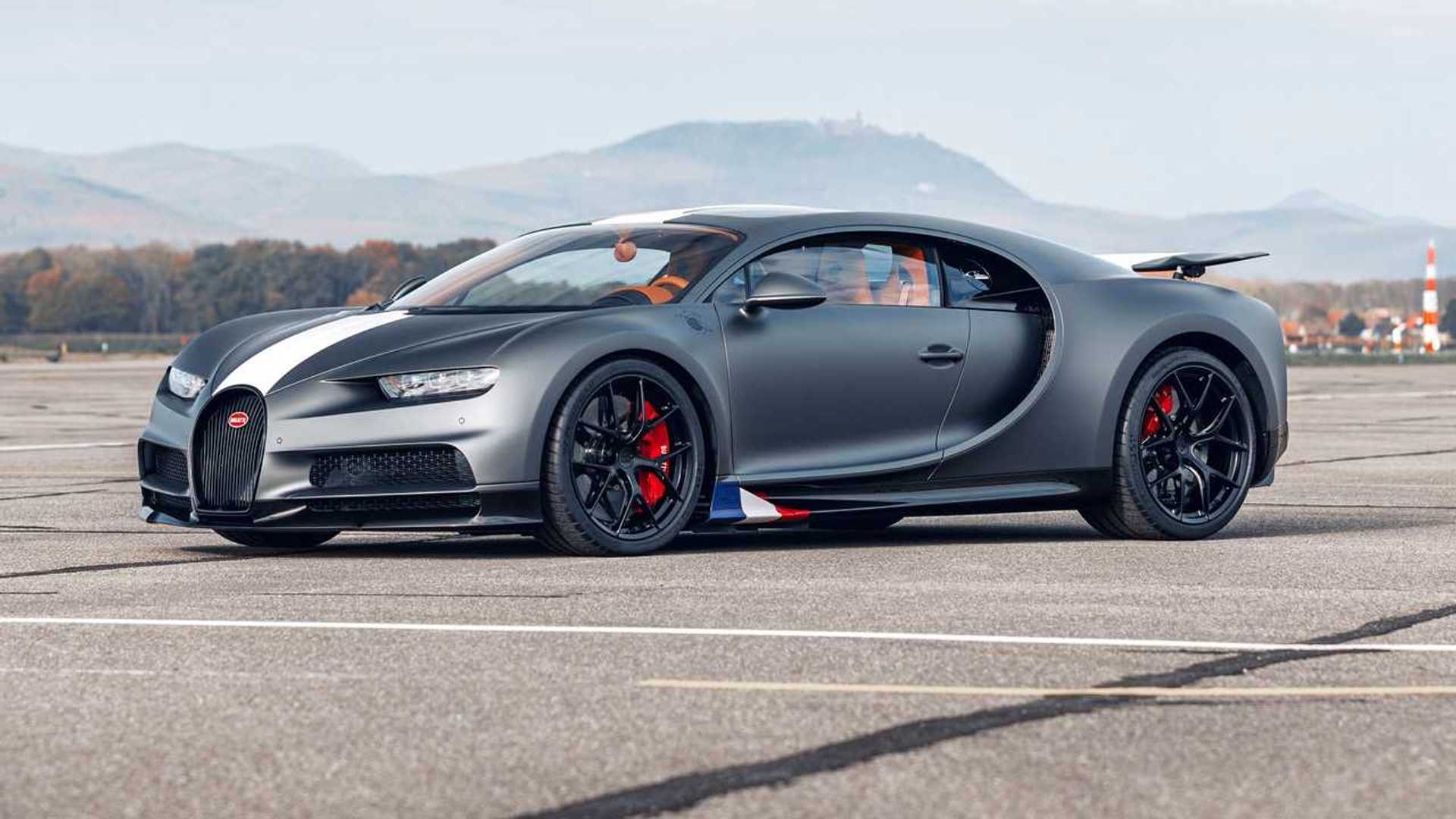 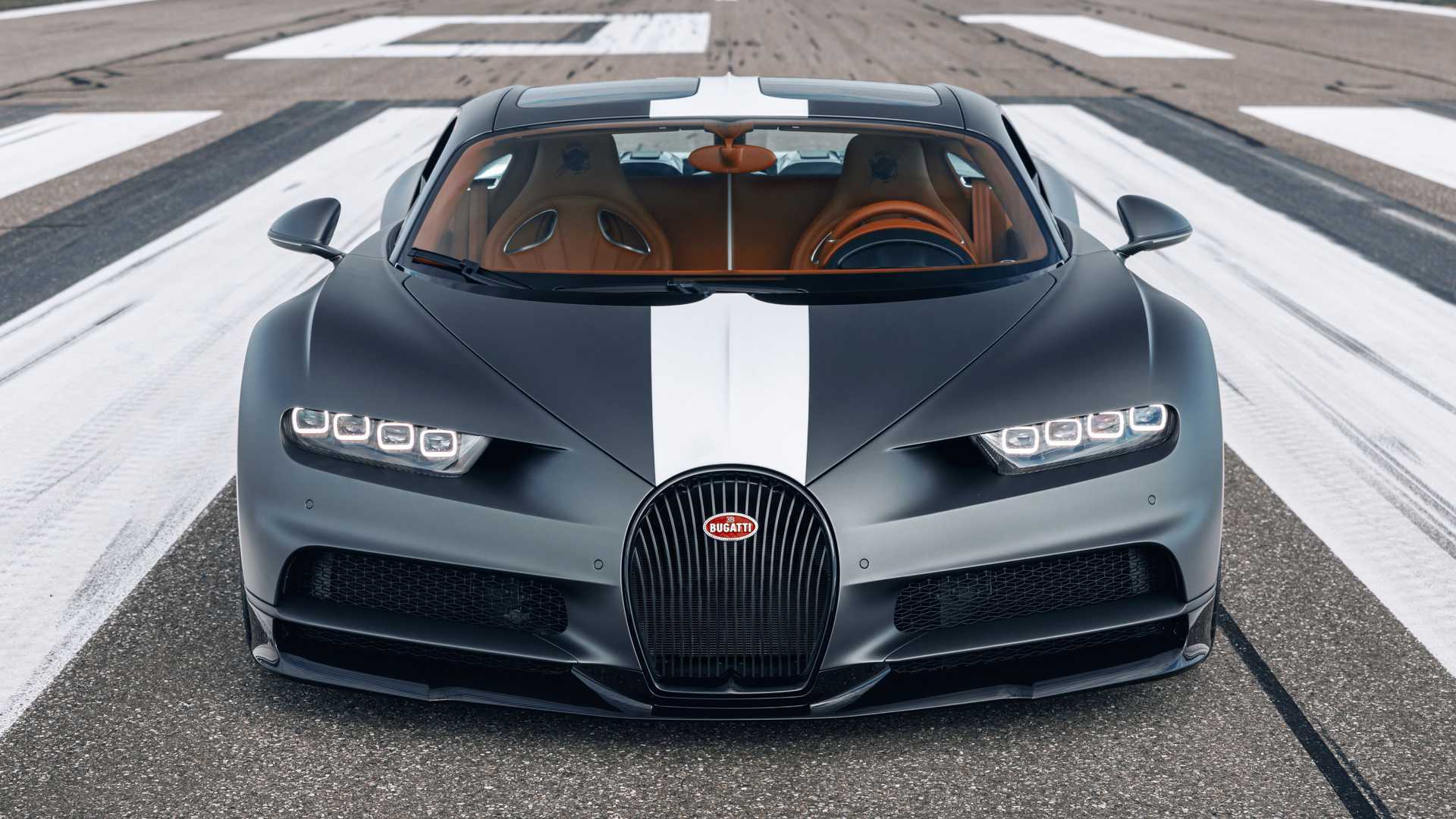 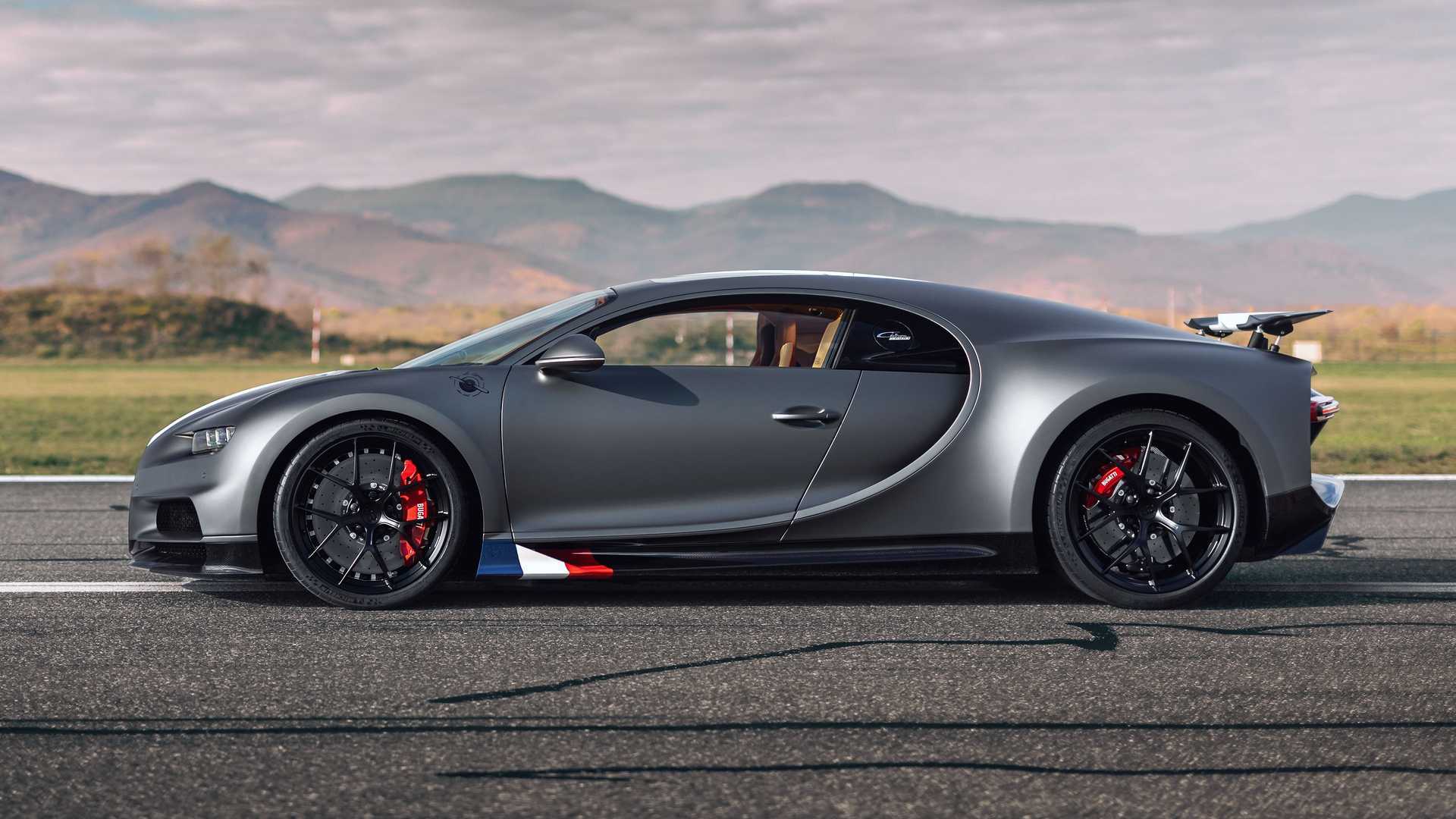 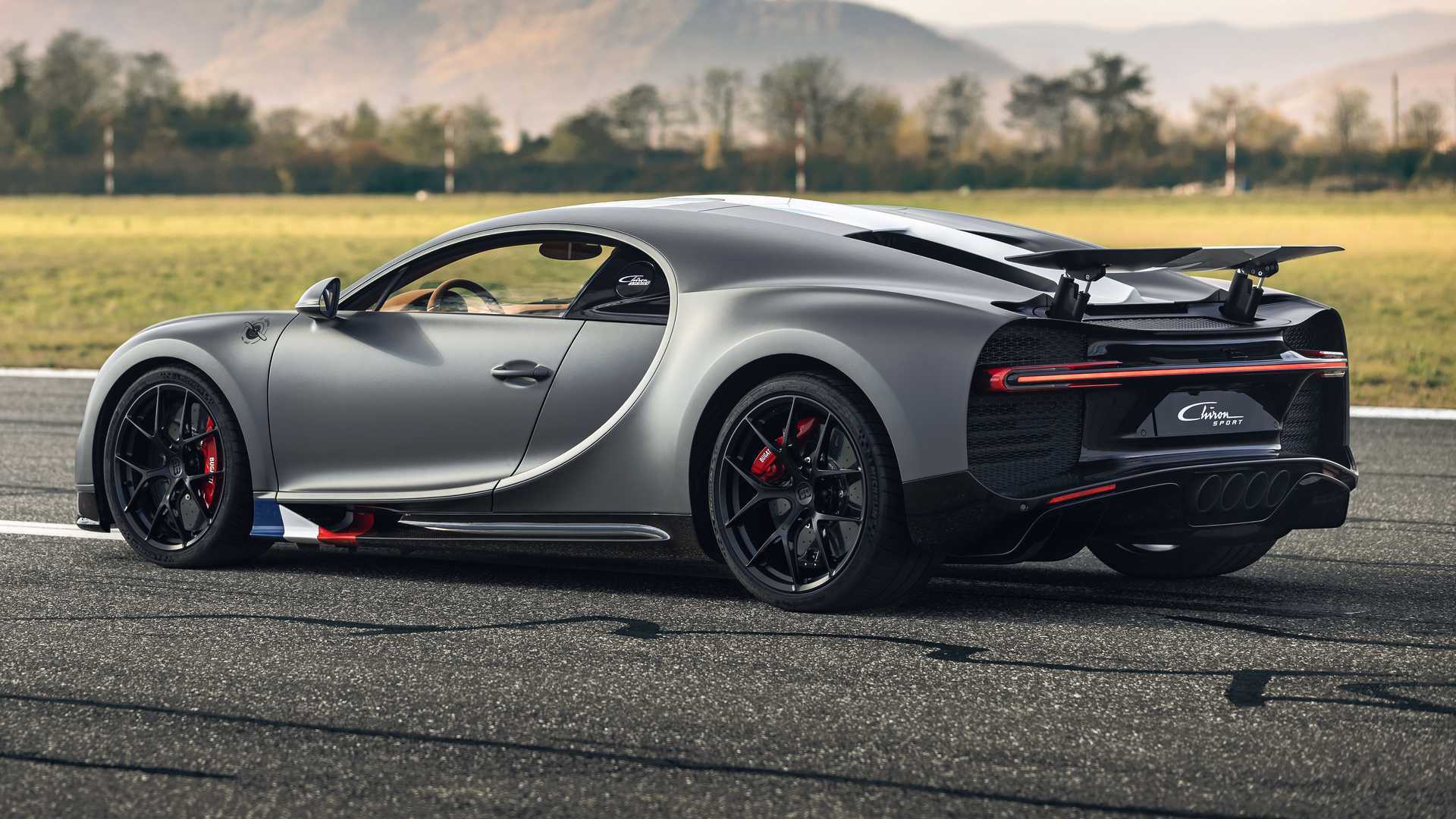 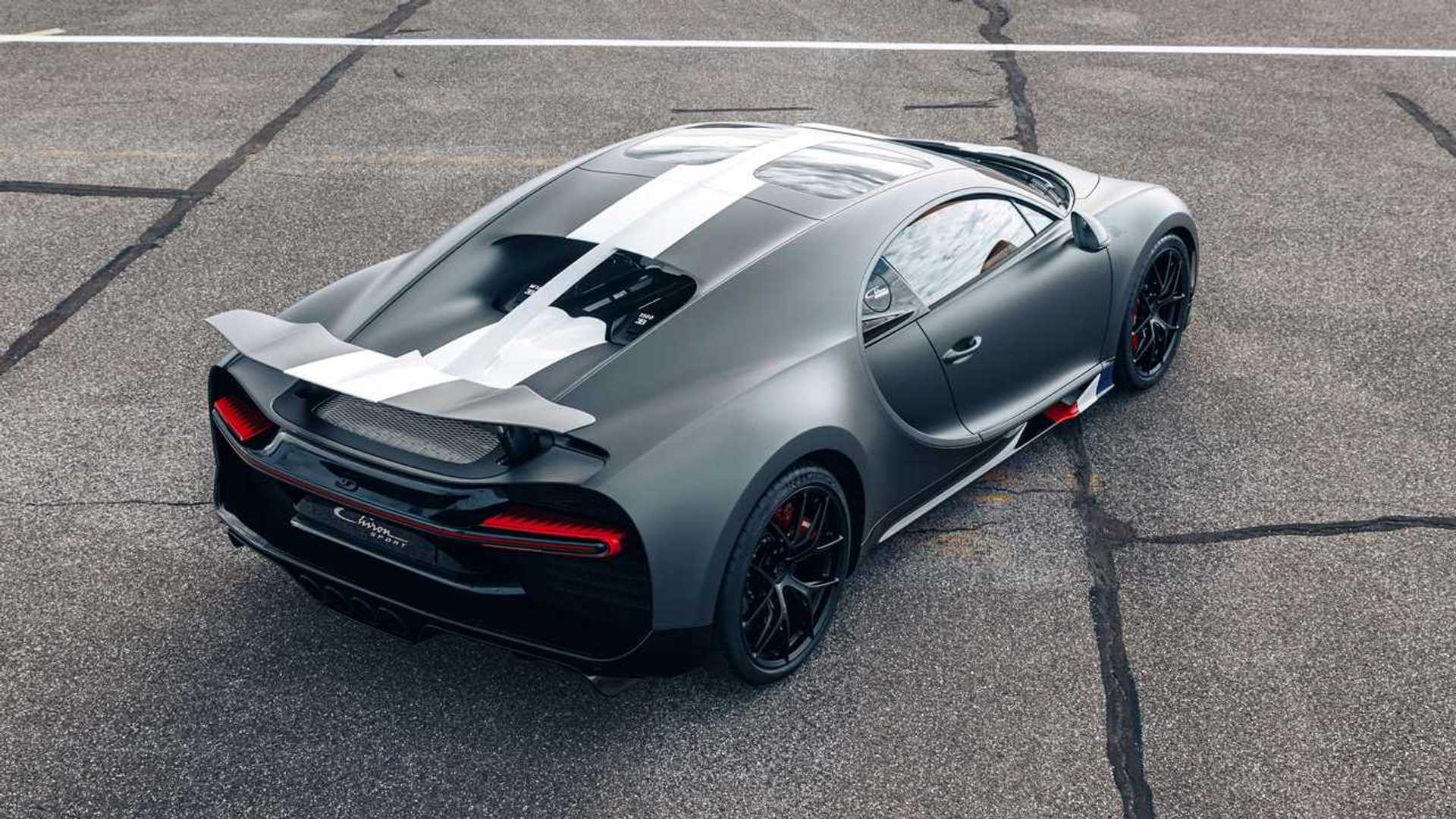 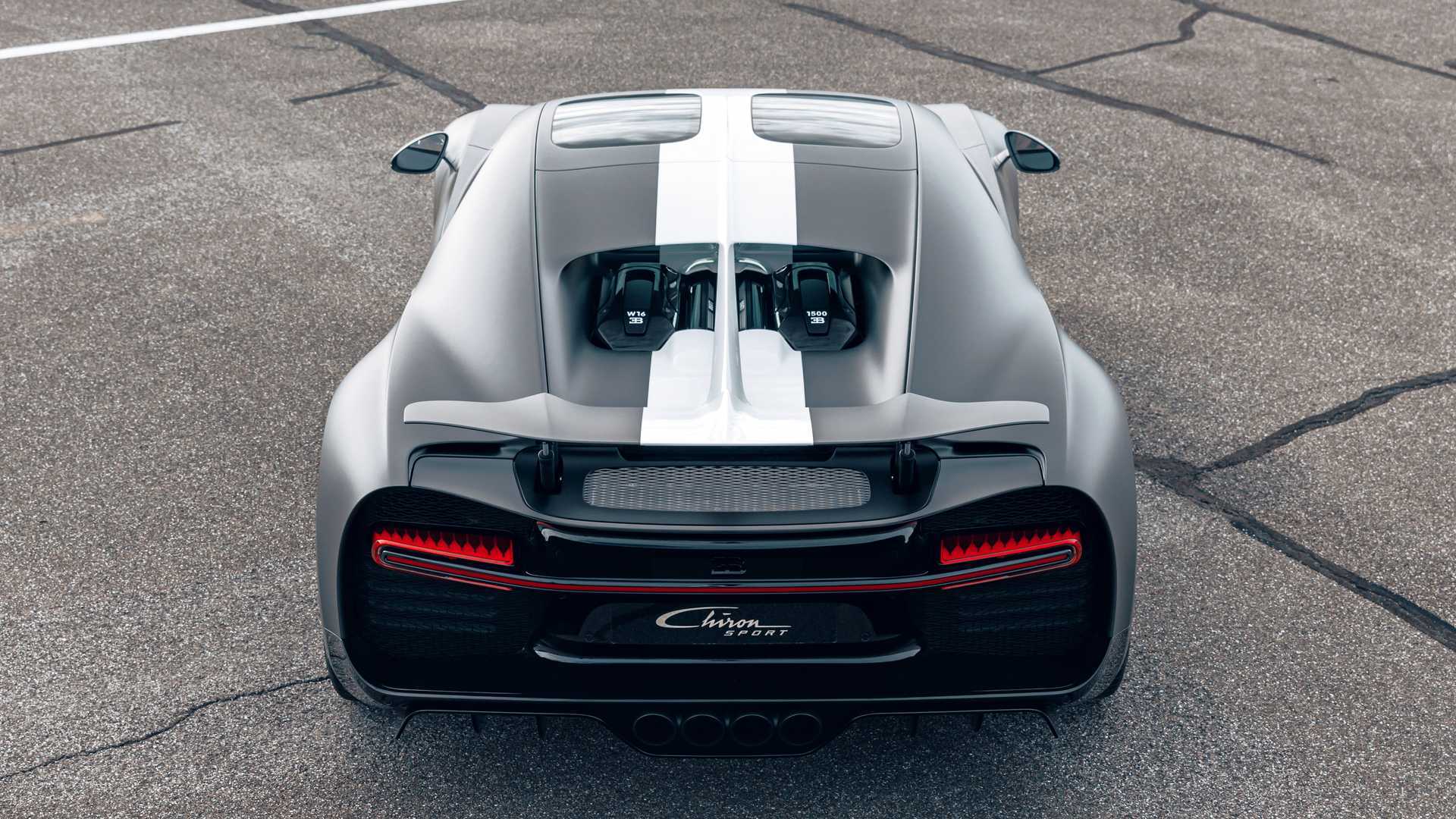 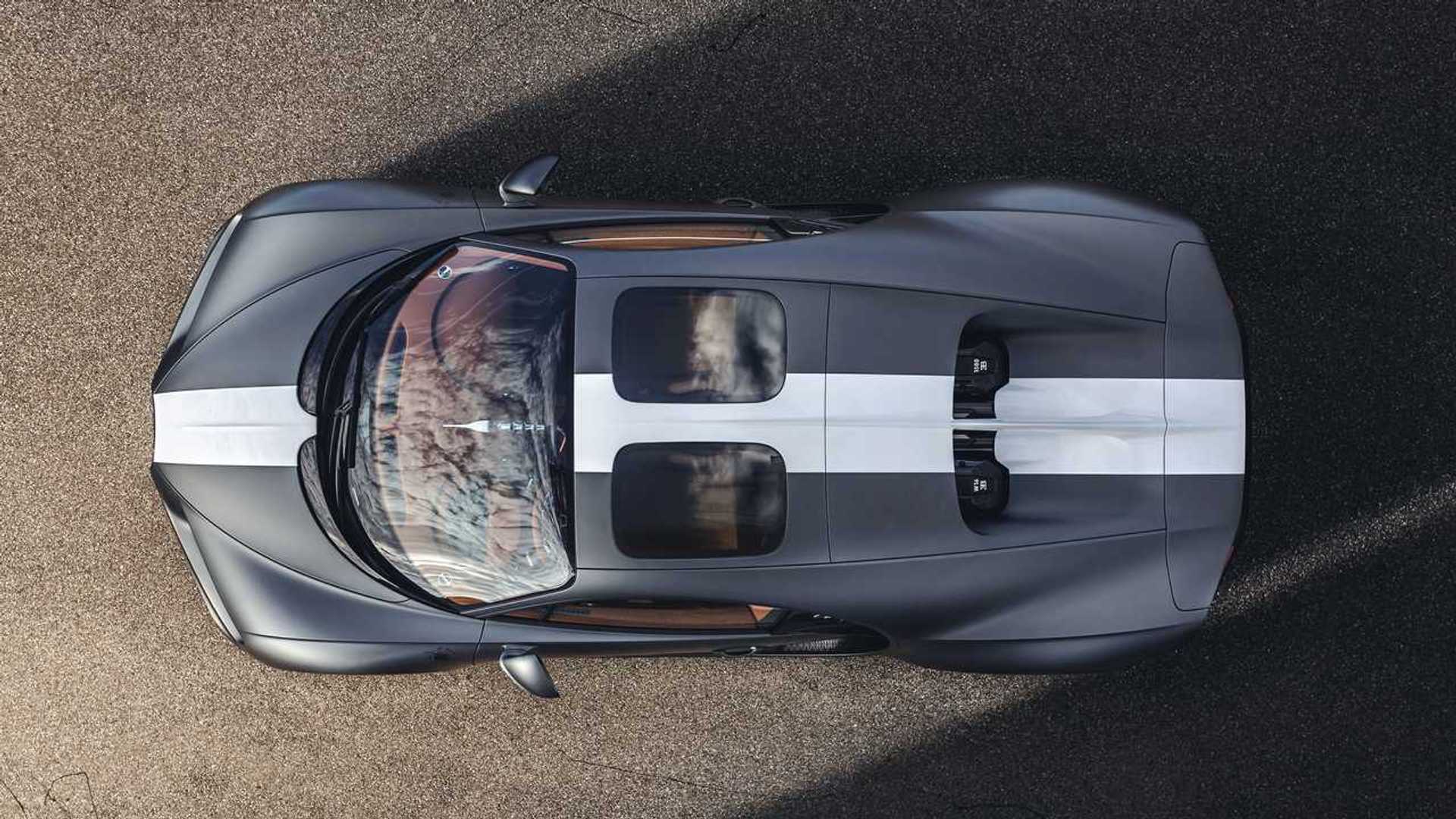 The logo of an aircraft engine with a propeller appears throughout the exterior and interior. You can spot it on the front fenders, seat headrests, and on an aluminum portion of the center console.

Stepping into the special edition Chiron Sport, the door entry lights show the model’s special logo on the ground. The same emblem appears on the brushed aluminum door sills. The cabin features leather in Gaucho light brown with aluminum trim. The door panels feature the sketch of a Nieuport 17 aircraft racing a Bugatti Type 13 car. As options, buyers can order comfort seats and the dual-panel Sky View roof.

“Many successful Bugatti racing drivers, such as Albert Divo, Robert Benoist, and Bartolomeo ‘Meo’ Costantini, flew for the French Air Force, the French aviator legend Roland Garros privately drove a Bugatti Type 18 to be a fast on the road as in the air,” says Stephan Winkelmann, President of Bugatti.

While we usually think of Bugatti as an automaker, the company also has a long history of creating engines for the aviation industry. One of the weirder creations was a 24-liter powerplant that had two upright banks of eight cylinders, so rather than a V16, it was more of a U16. In 1937, Ettore Bugatti even worked on a complete aircraft in hopes of breaking speed records with it, but the outbreak of World War II stopped the project.