The gathered crowd near the shores of Lake Como in Italy knew they were about to witness the reveal of a new BMW motorcycle concept—as well as the reveal of the retrolicious Garmisch concept car—but they probably didn’t expect to hear it first. The distant rumble was promising, though, and relayed remotely through speakers for added emphasis. The audio daily double served up a supreme bit of preemptive shock and awe for the BMW Motorrad Concept R18 cruiser—and when it was finally wheeled in by Beemer design boss Edgar Heinrich, the visuals delivered on those sonic promises. 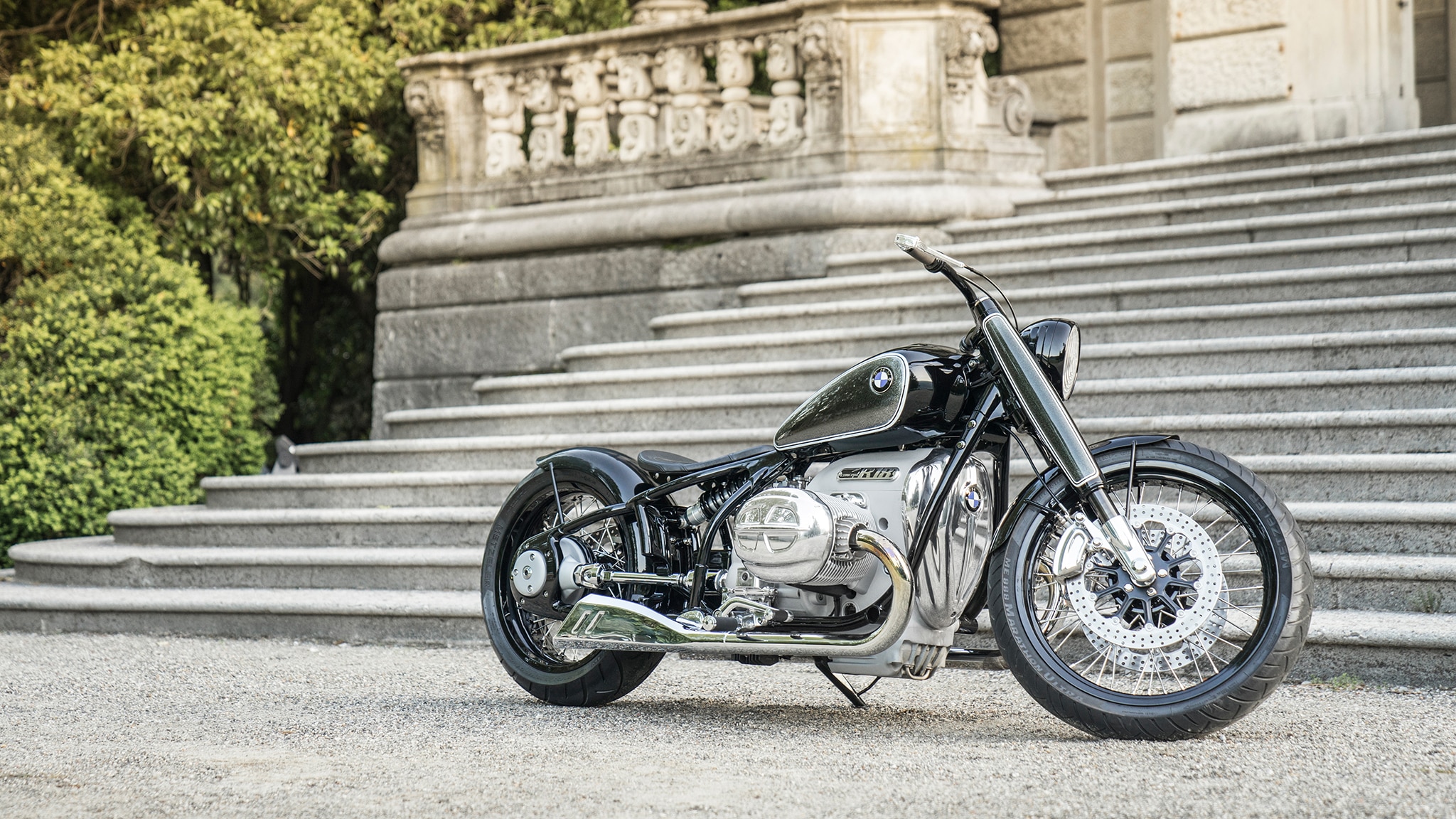 In the flesh, this two-wheeled bruiser appears to be mostly motor, which is a gloriously good thing for petrolheads living in an era where internal combustion is gradually becoming marginalized. In fact, the bike is built around an air-cooled, 1,800cc boxer engine inspired by (admittedly smaller) 1960s-era BMW boxers. The engine is gorgeous in person, a fetishized embodiment of analog propulsion that includes a glass-bead-blasted aluminum case, dual Solex carburetors (not unlike the units used in BMW’s 2002), and a slew of hand-polished aluminum bits including the belt guard and valve covers. Furthering the old-school purist theme, the concept’s handlebars form a seamless union with the steering head that’s devoid of any extraneous hardware. In fact, the bike’s construction is so minimalist, the only electronics onboard exist solely to govern the starter and the lights. 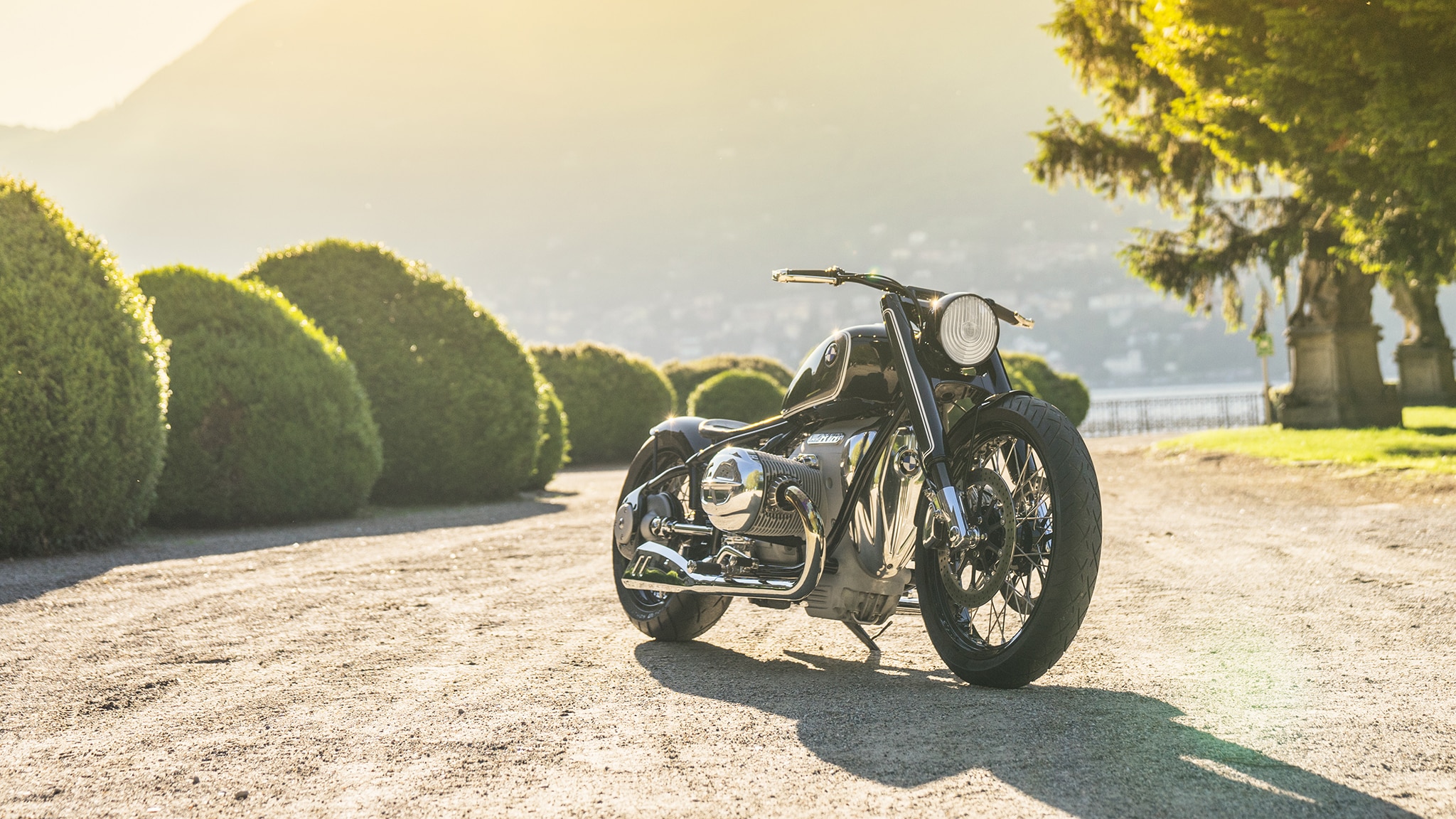 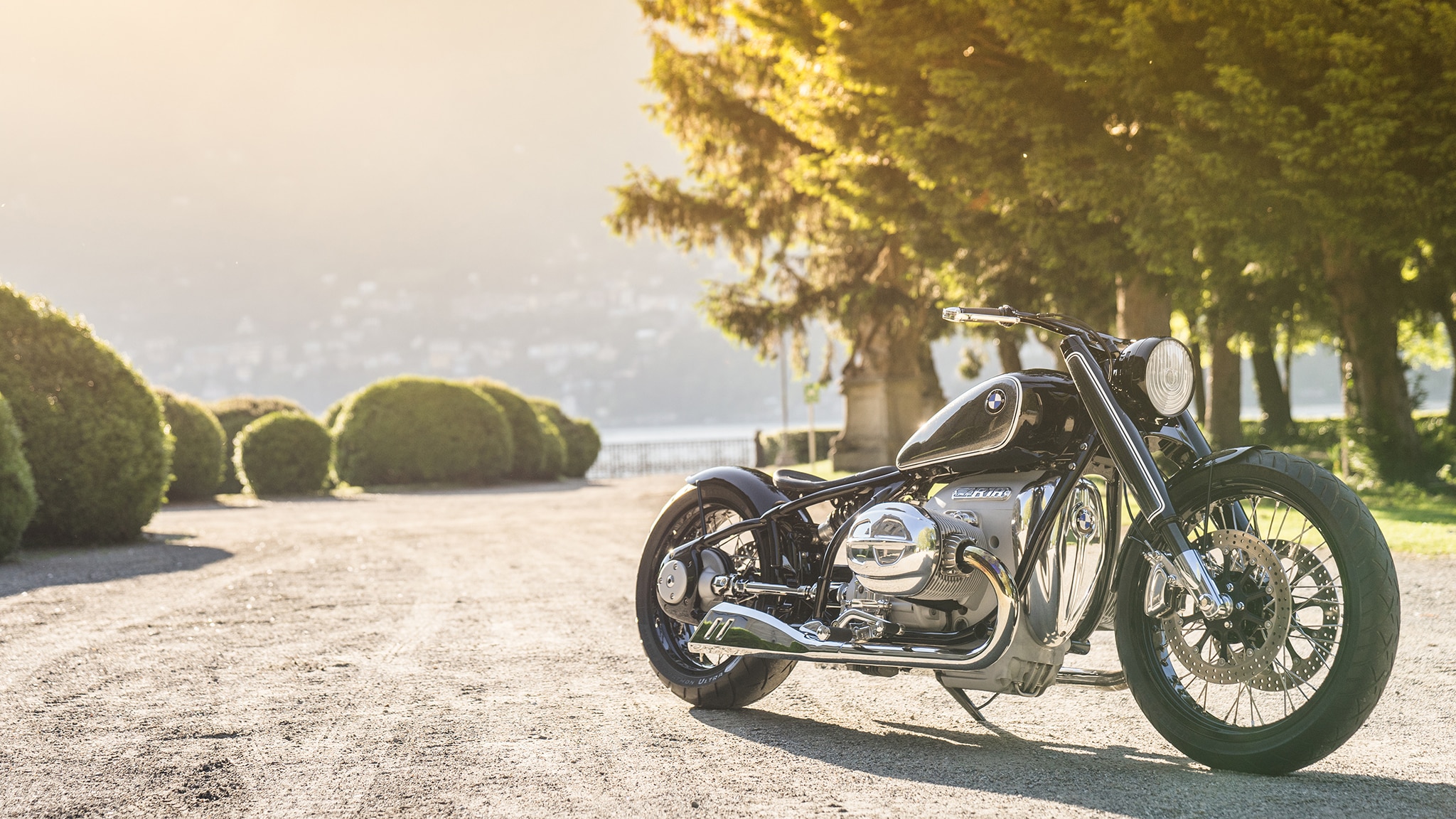 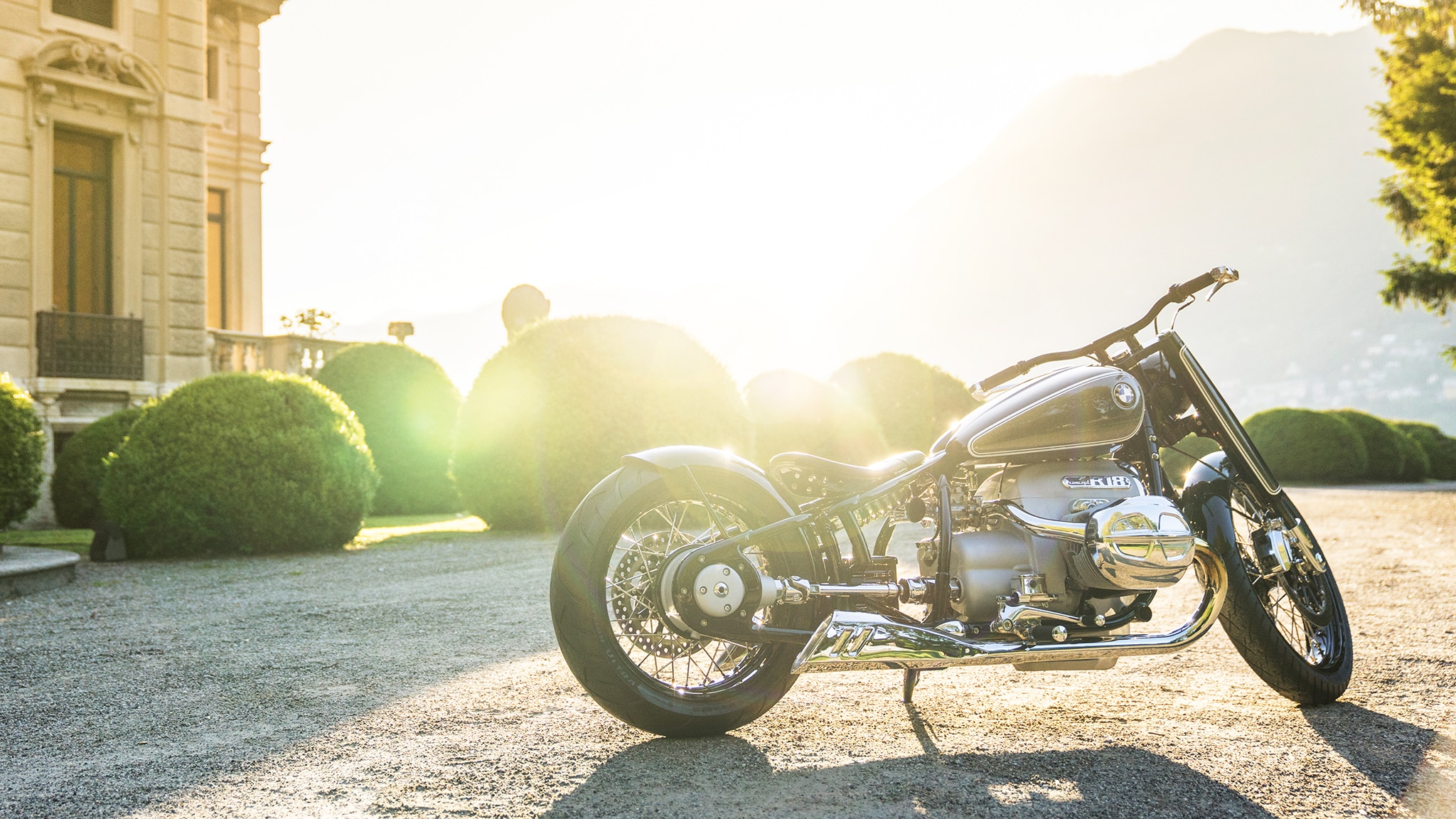 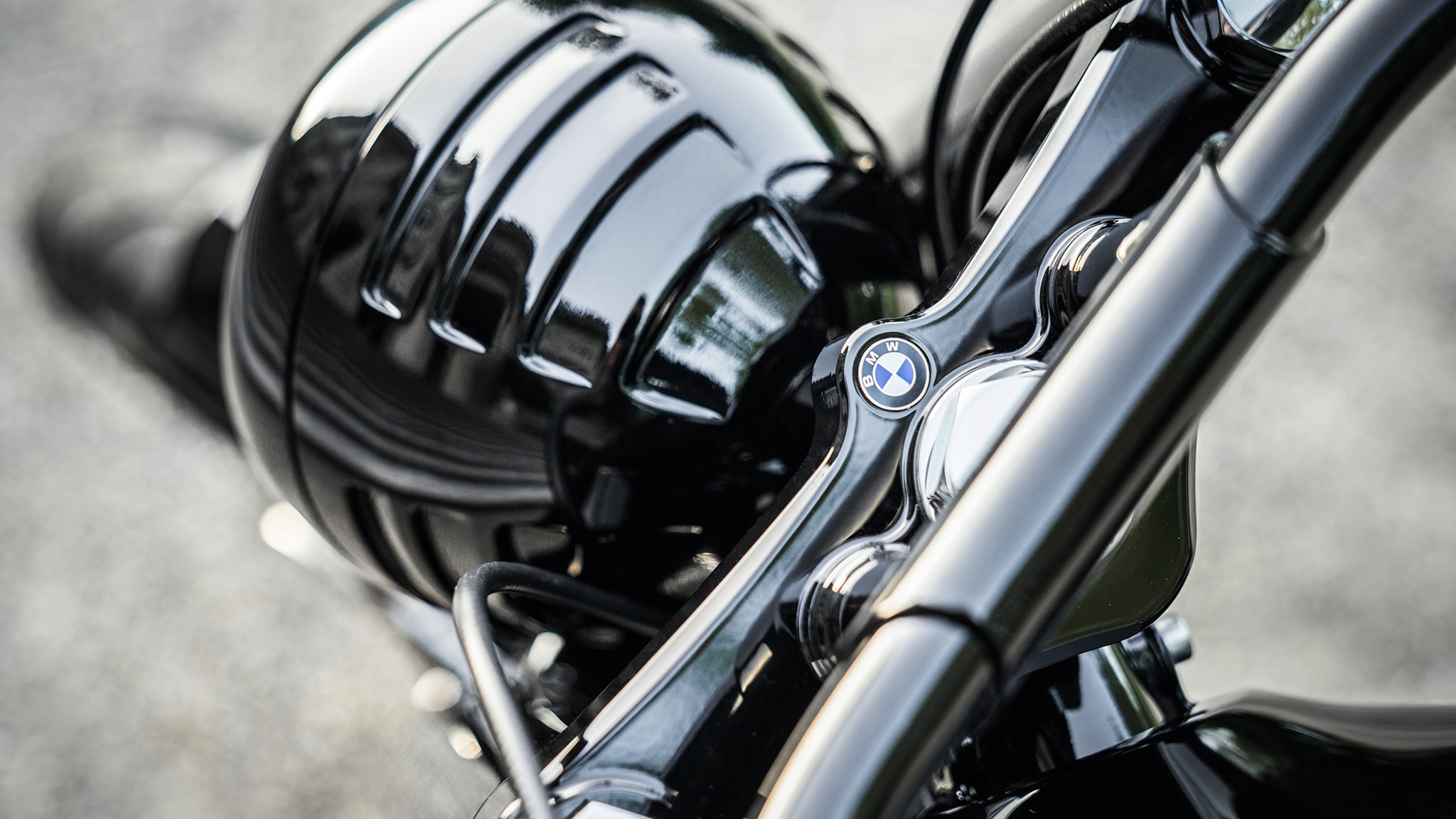 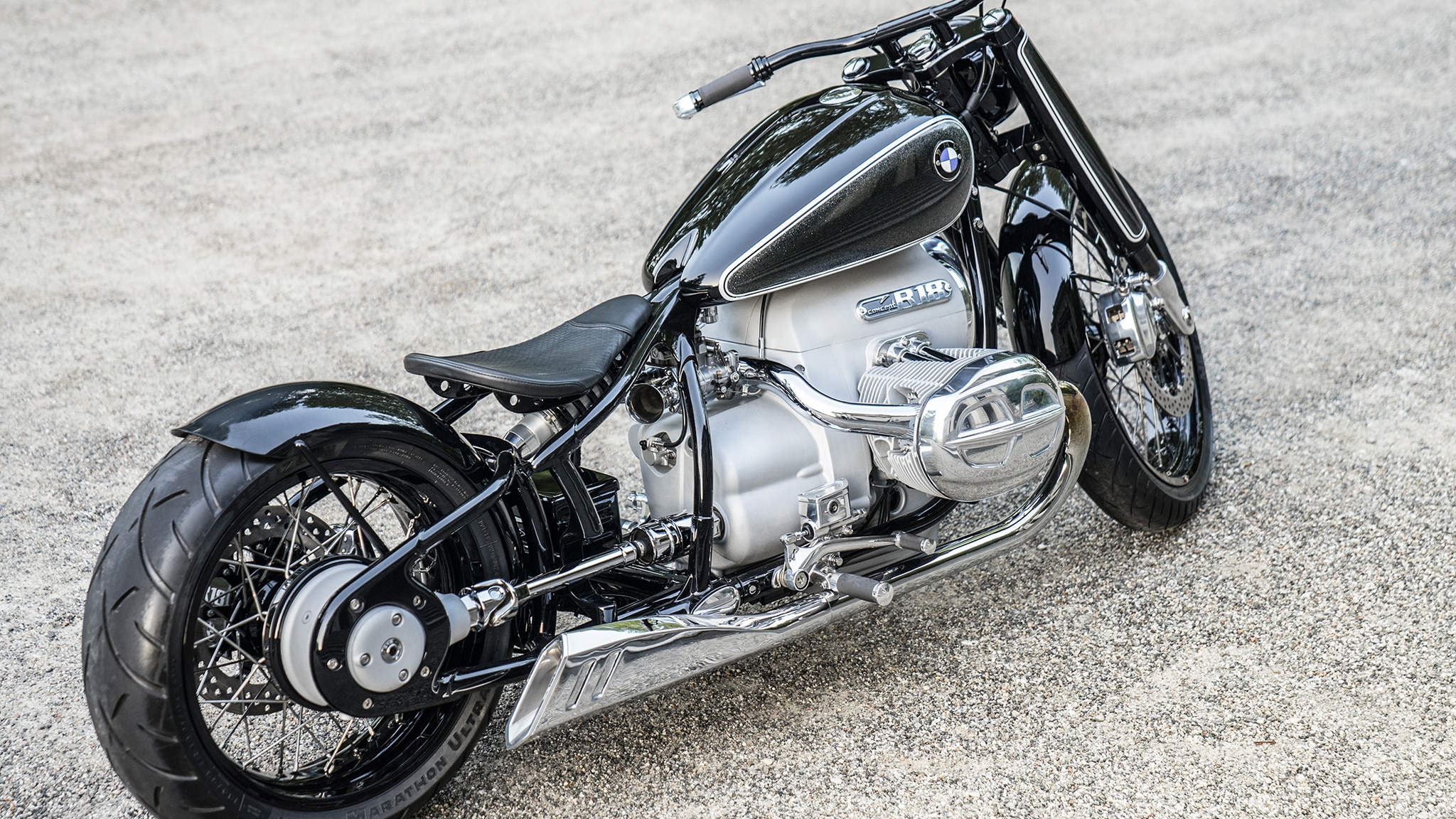 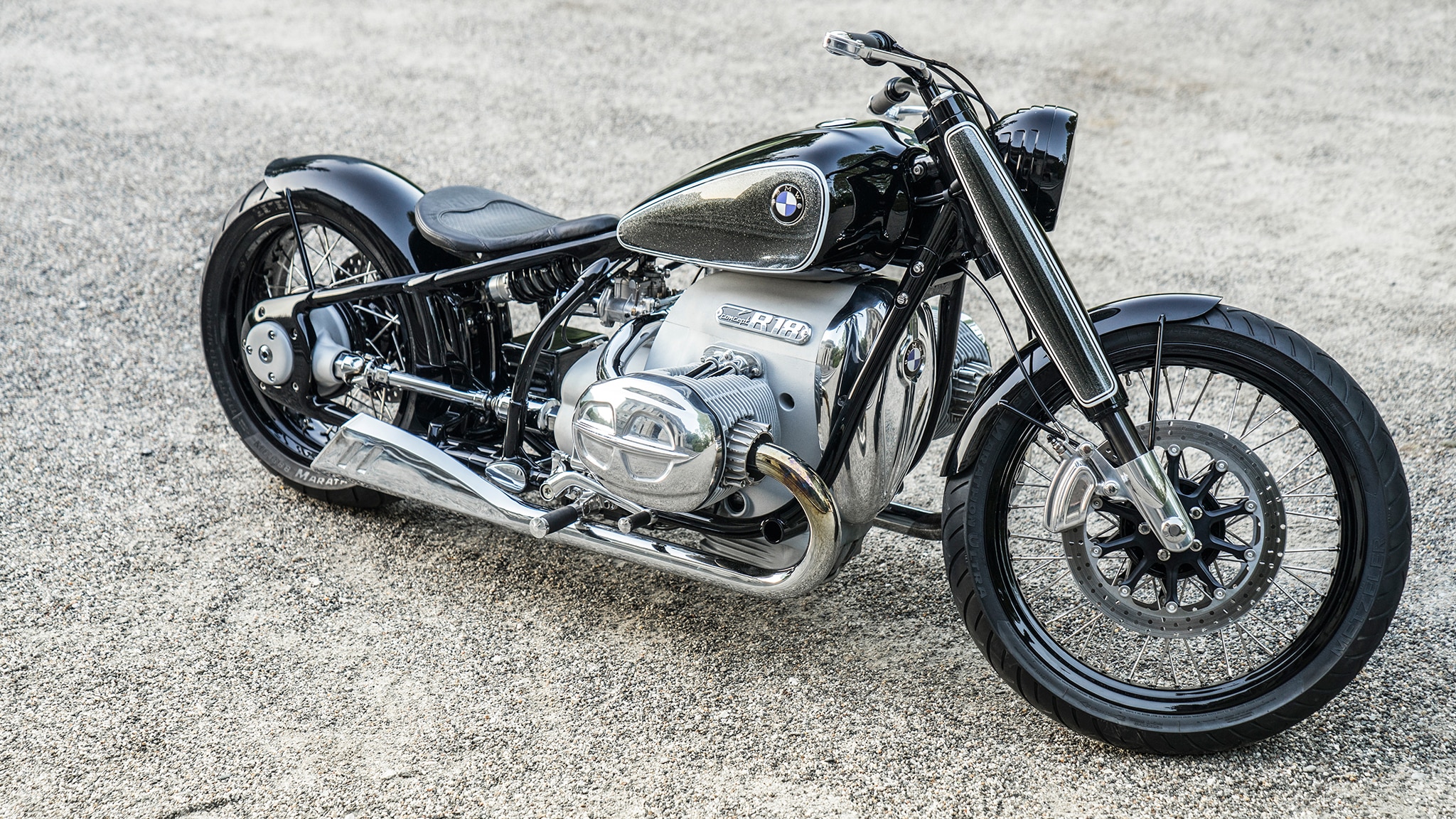 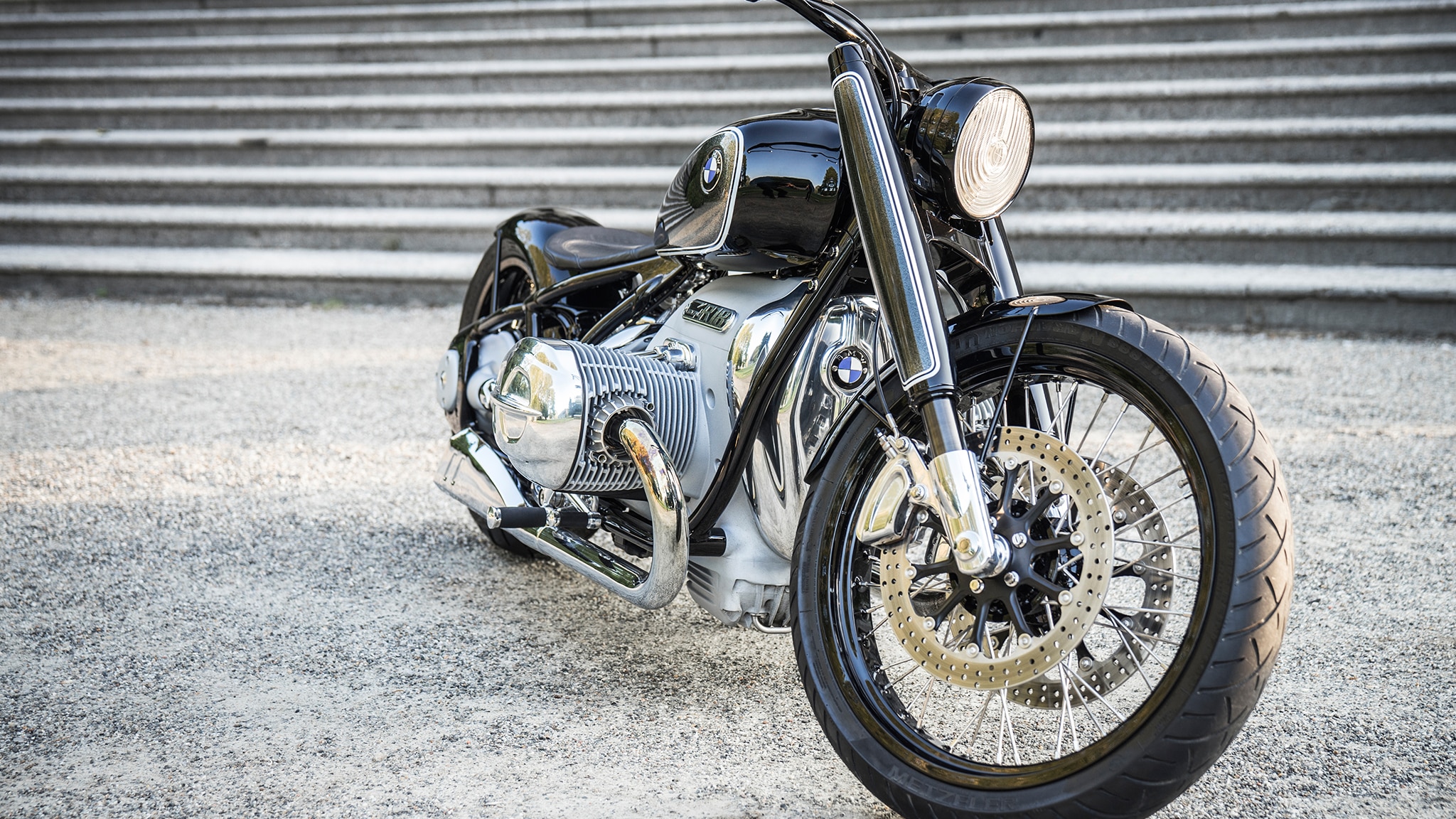 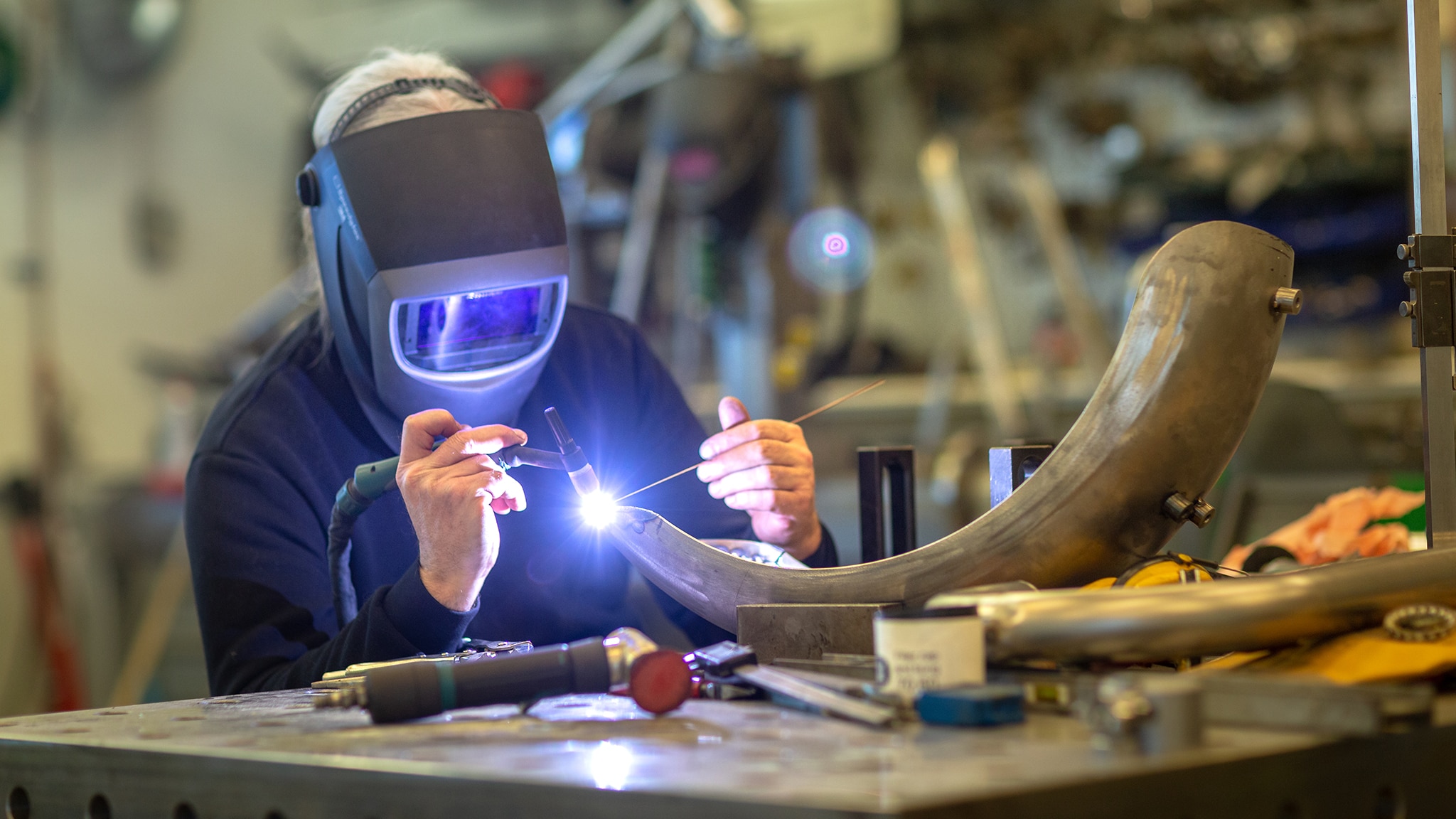 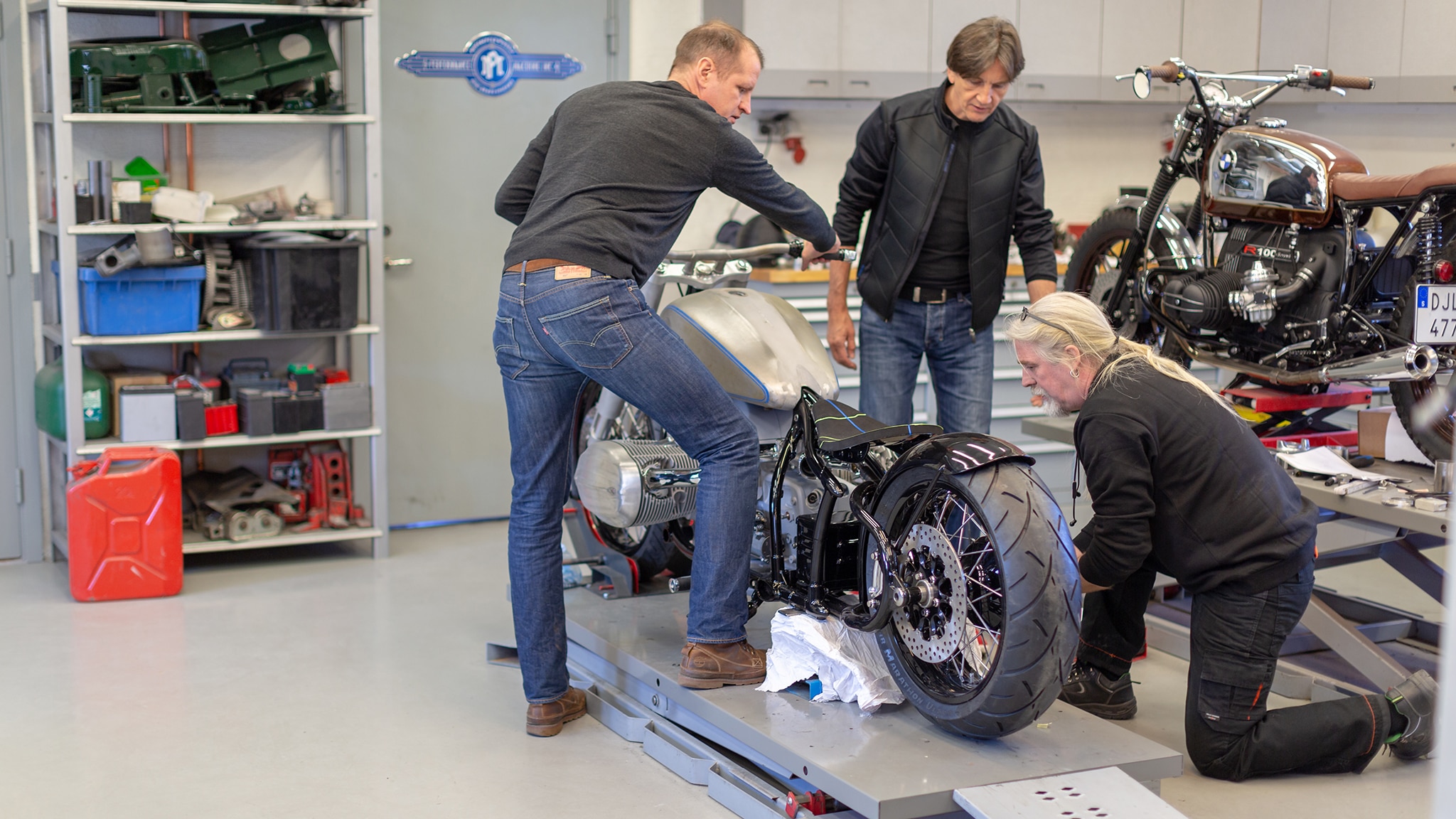 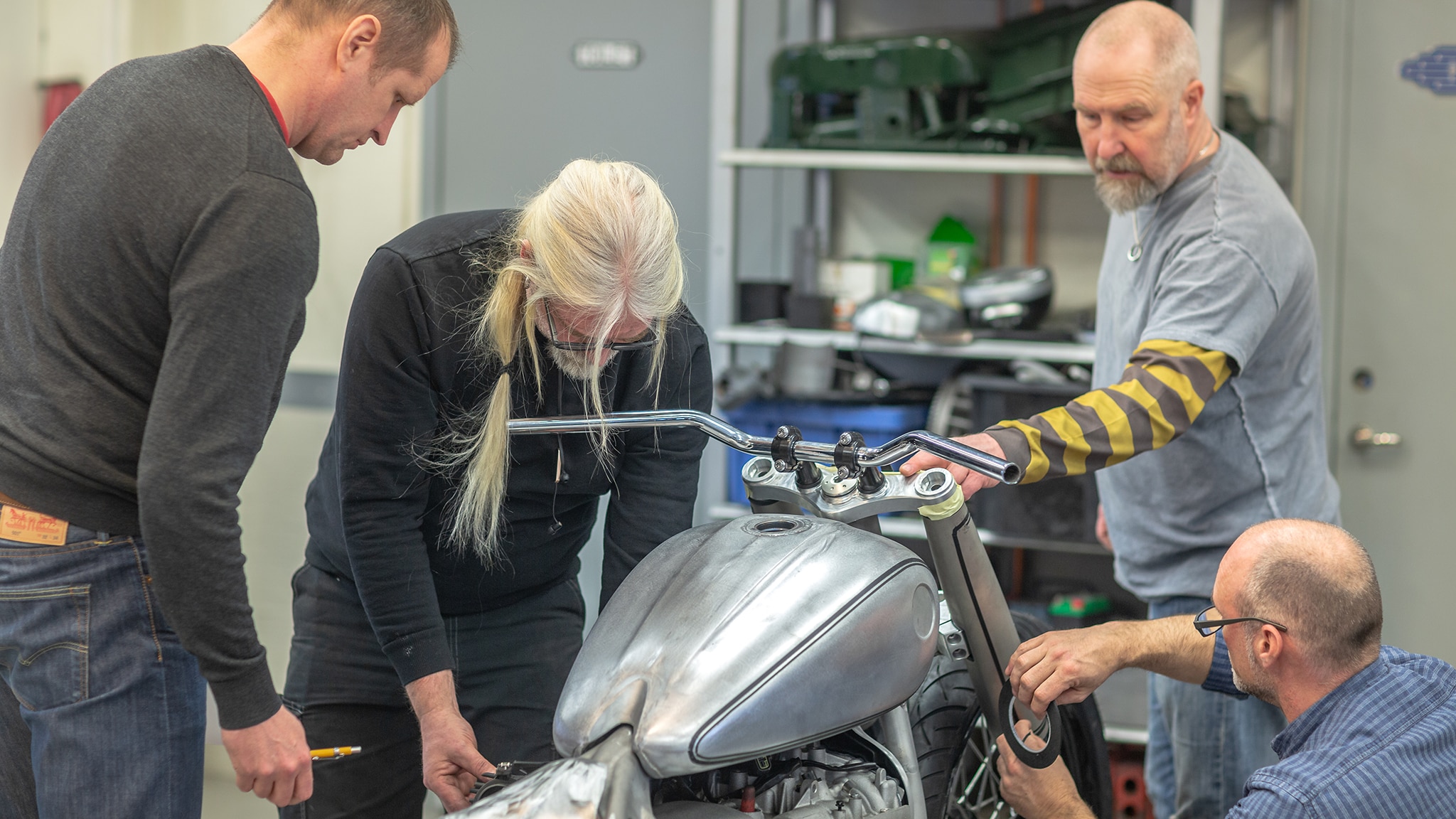 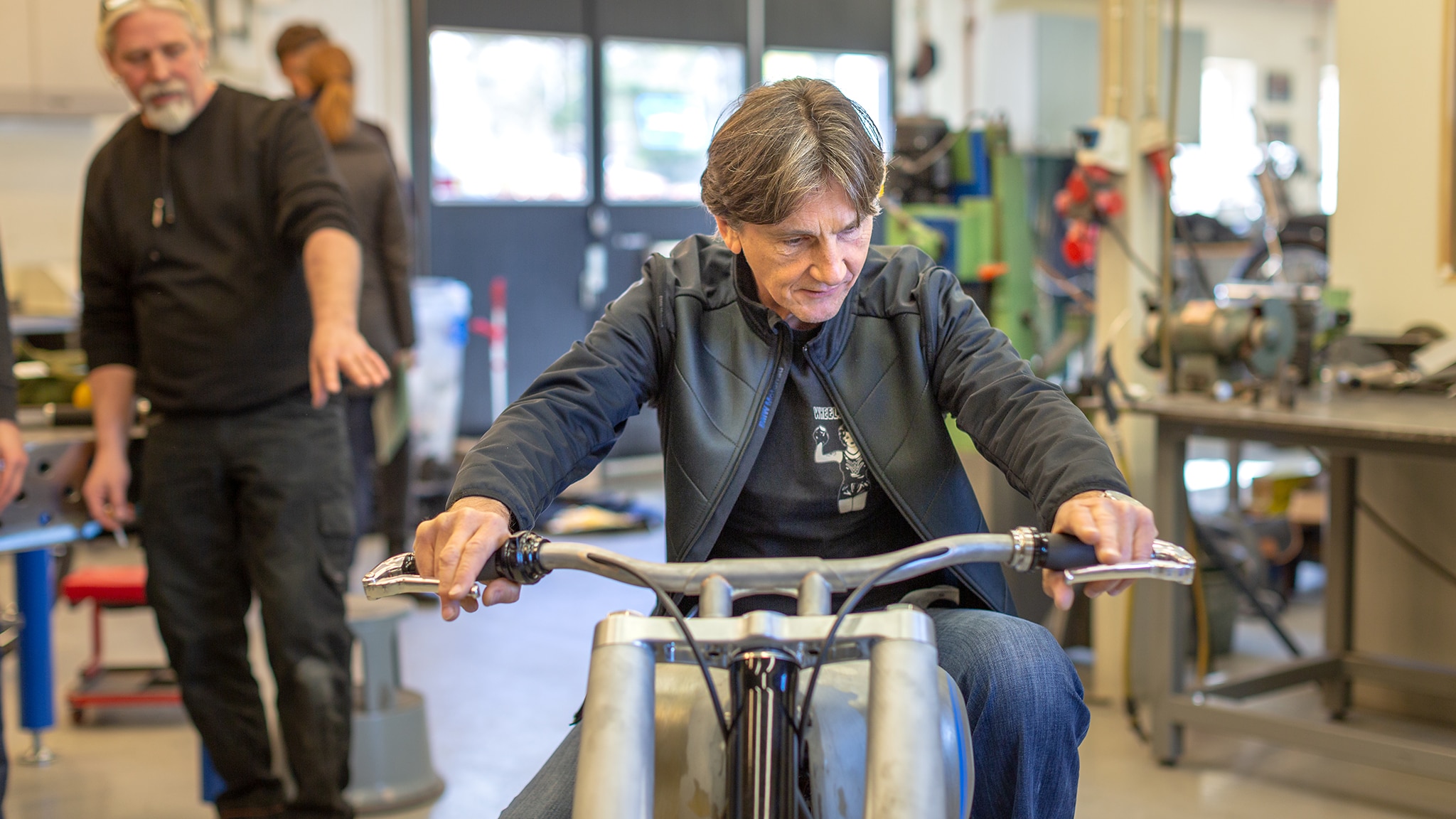 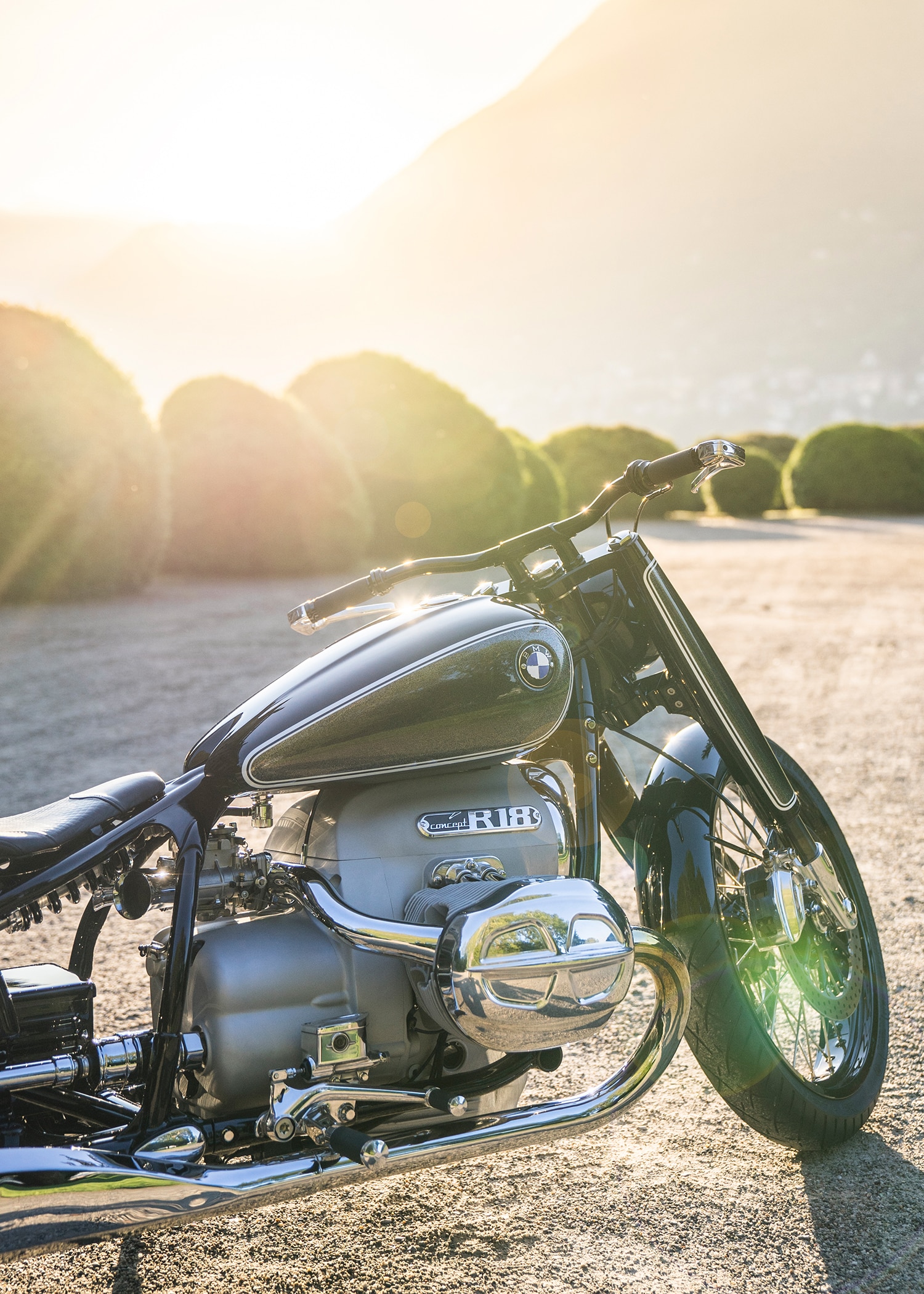 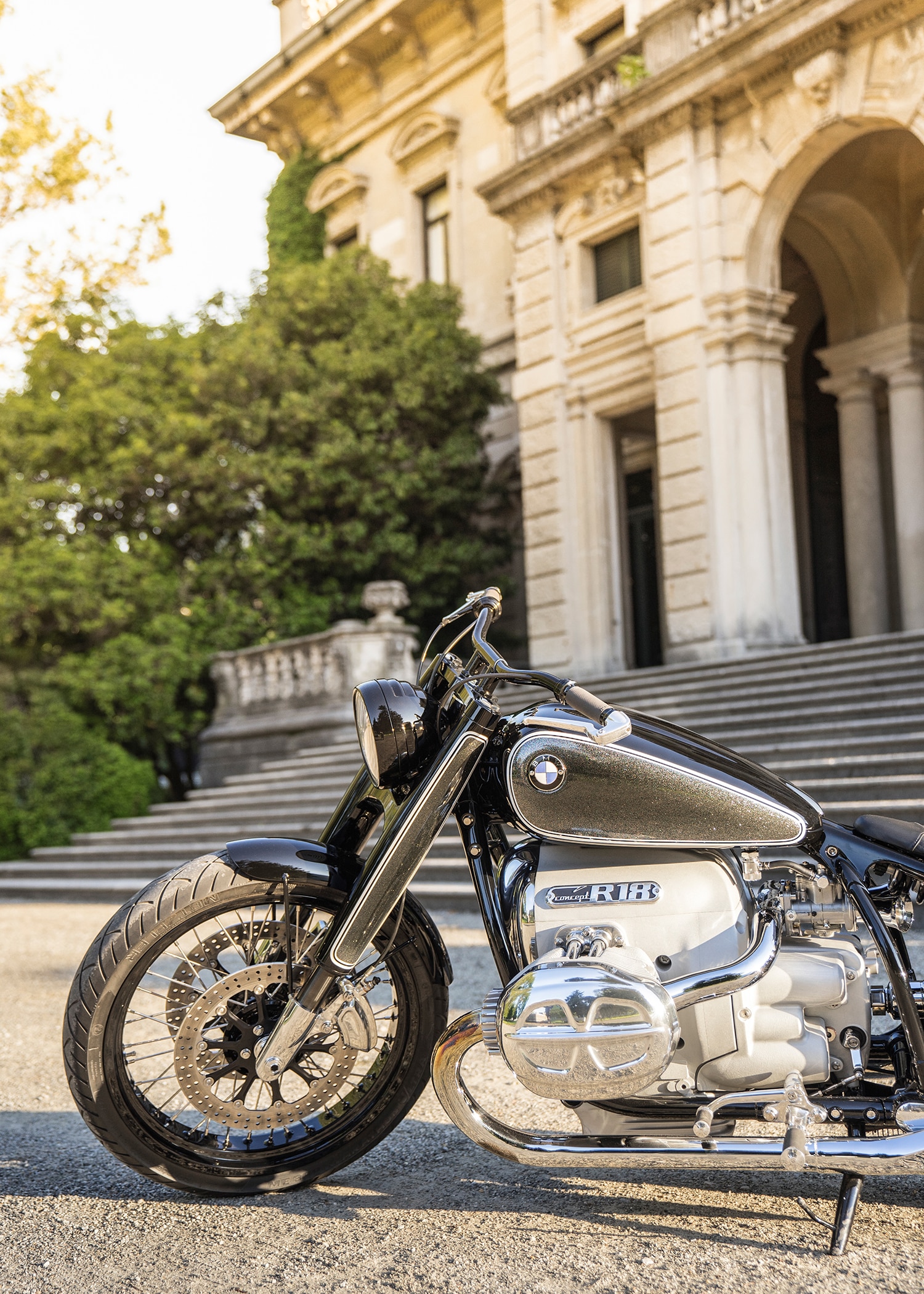 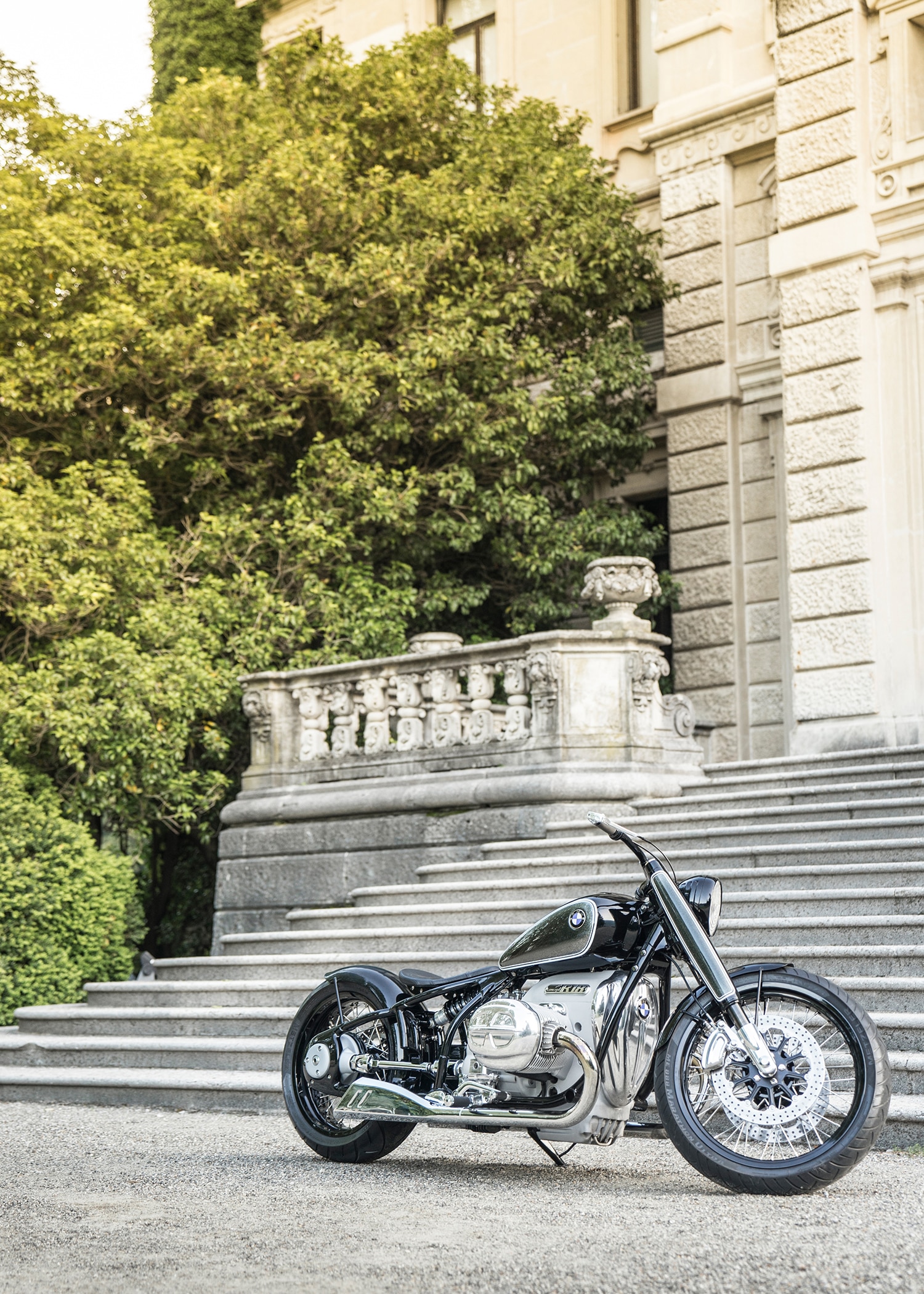 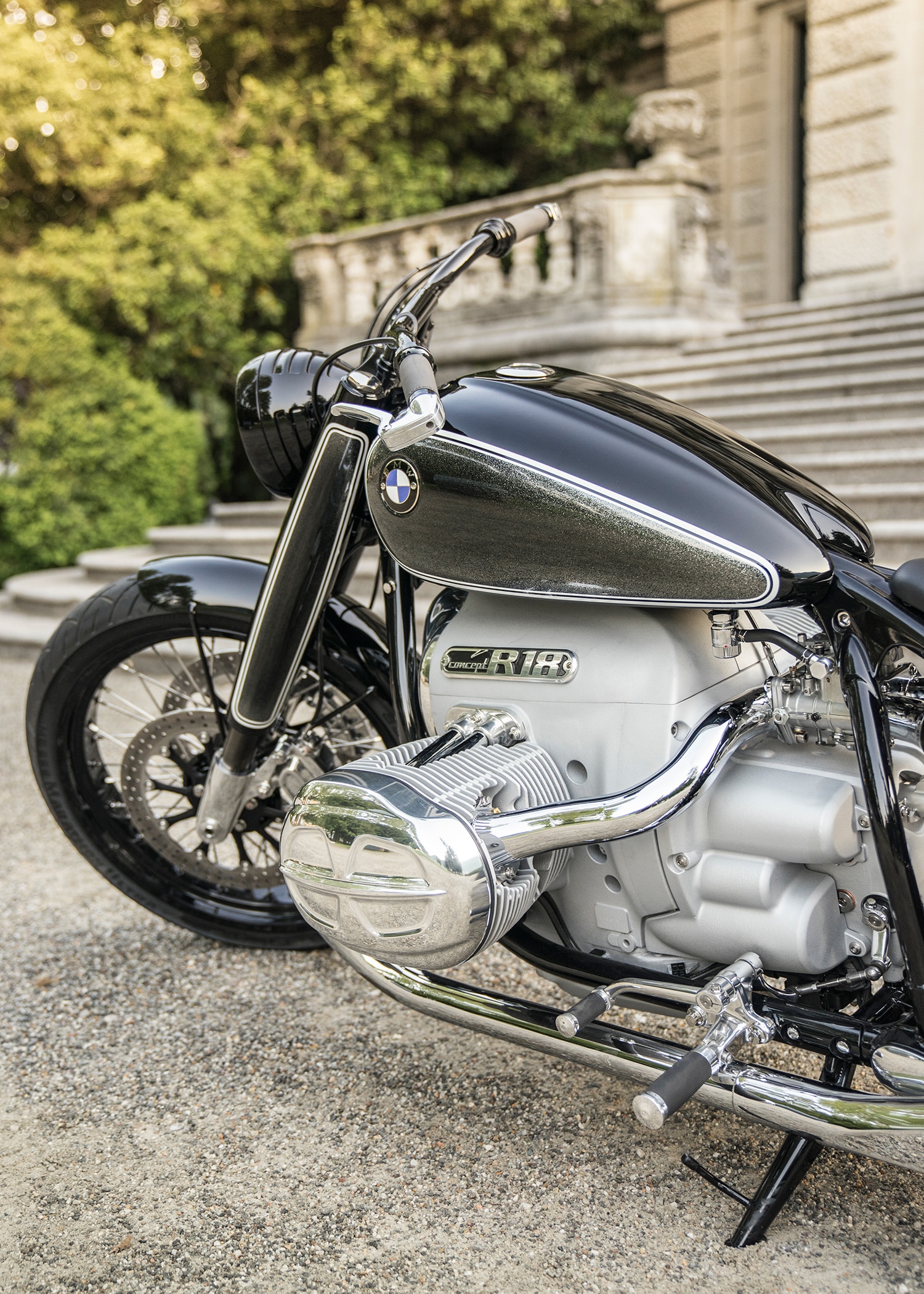 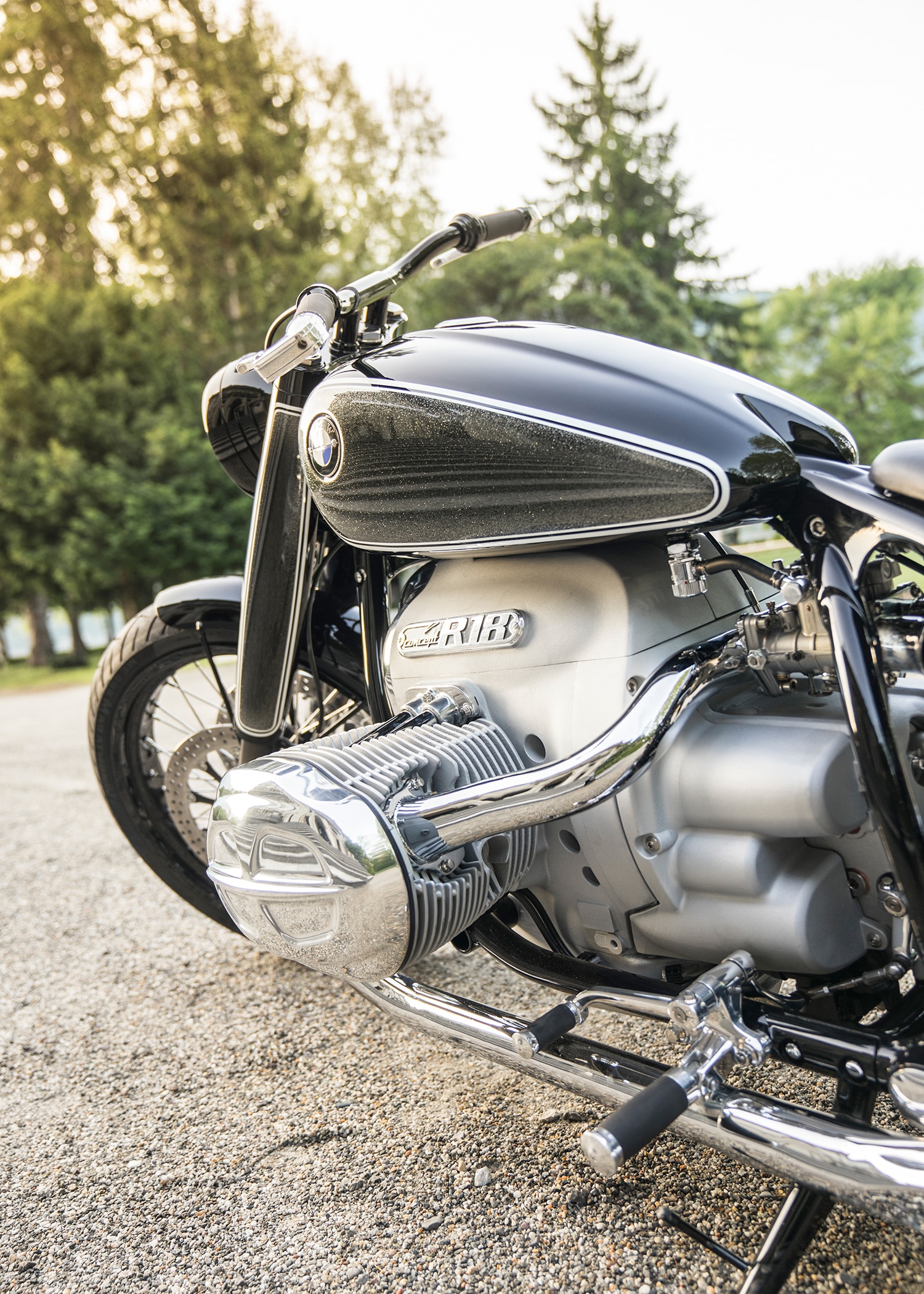 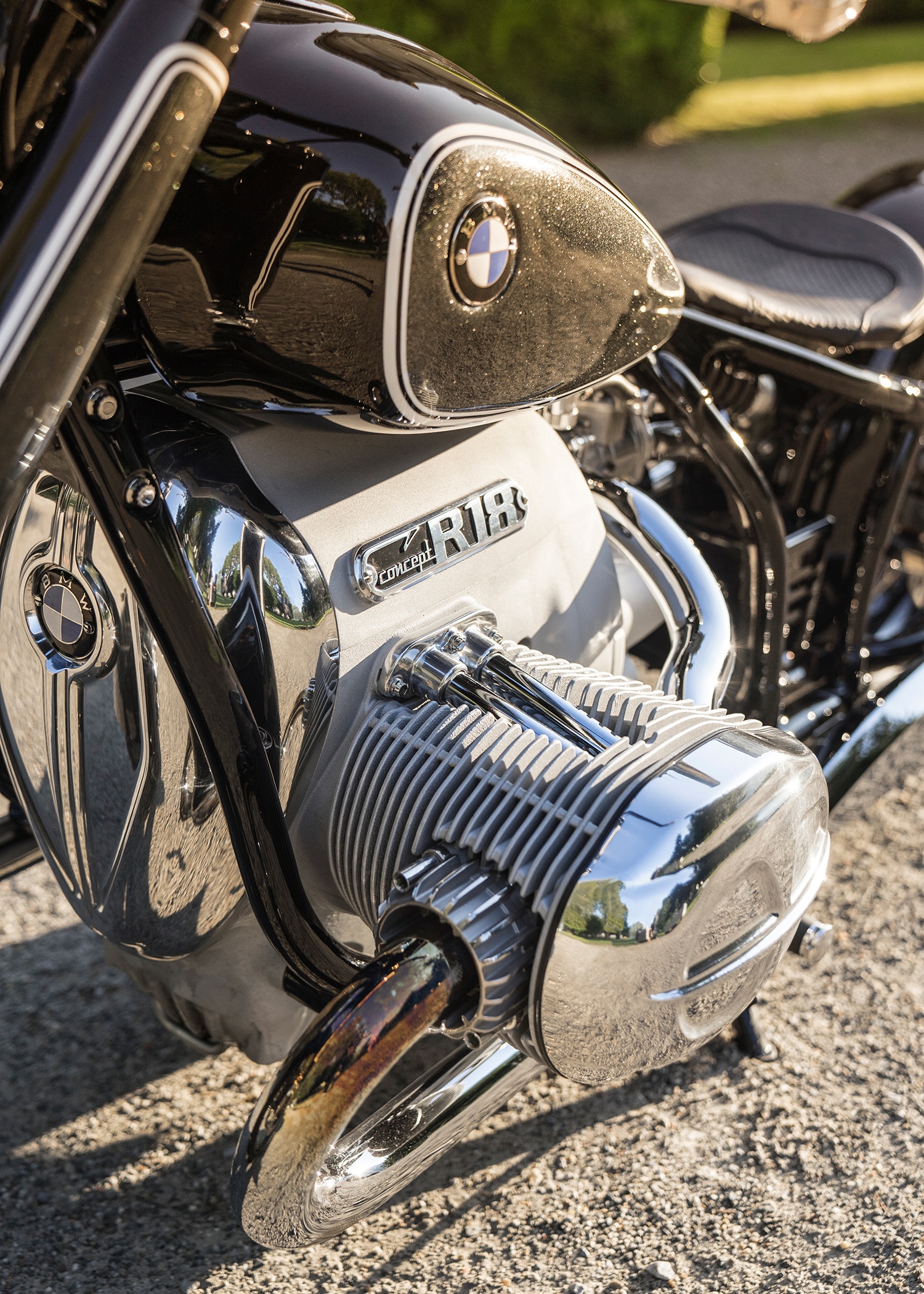 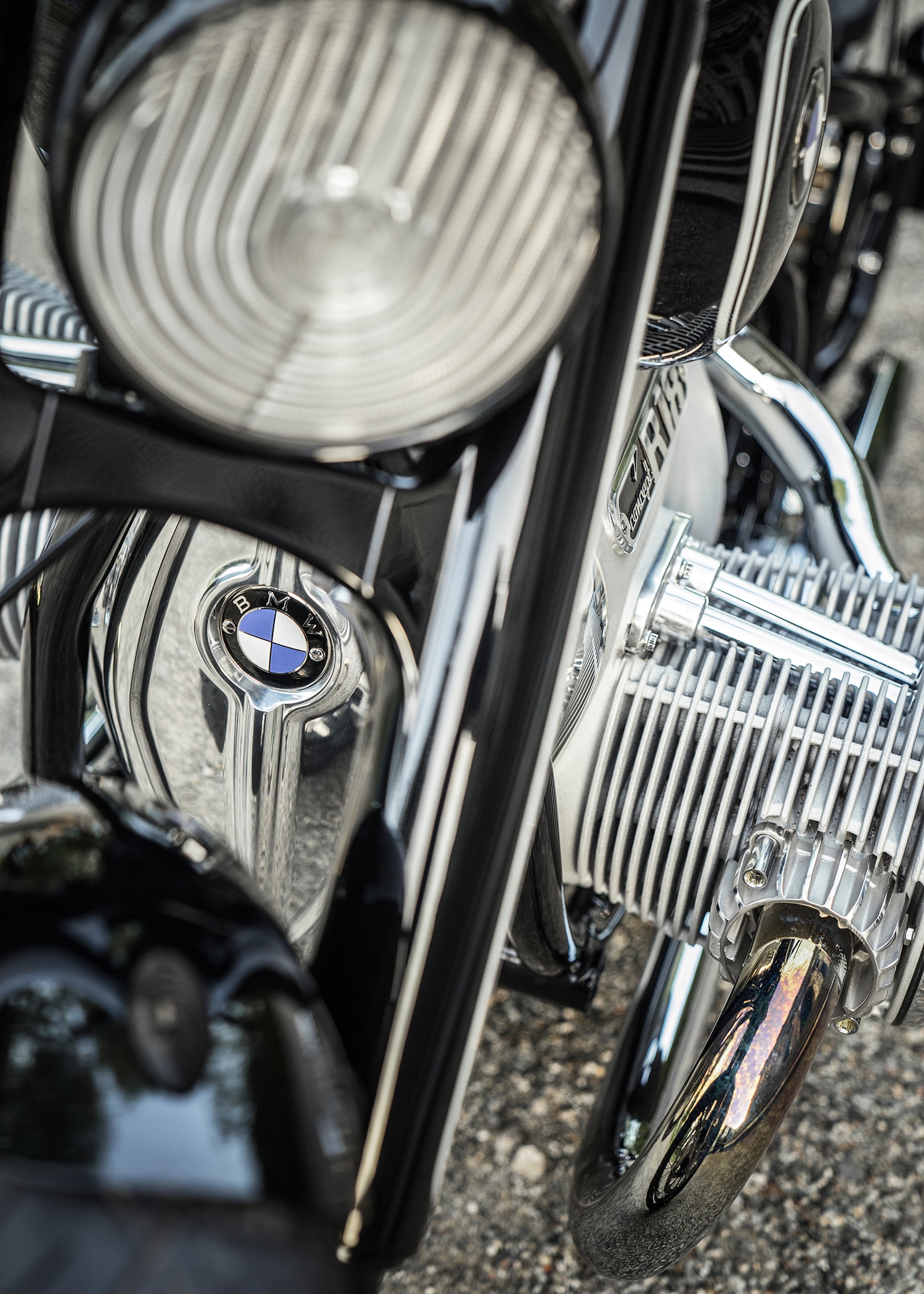 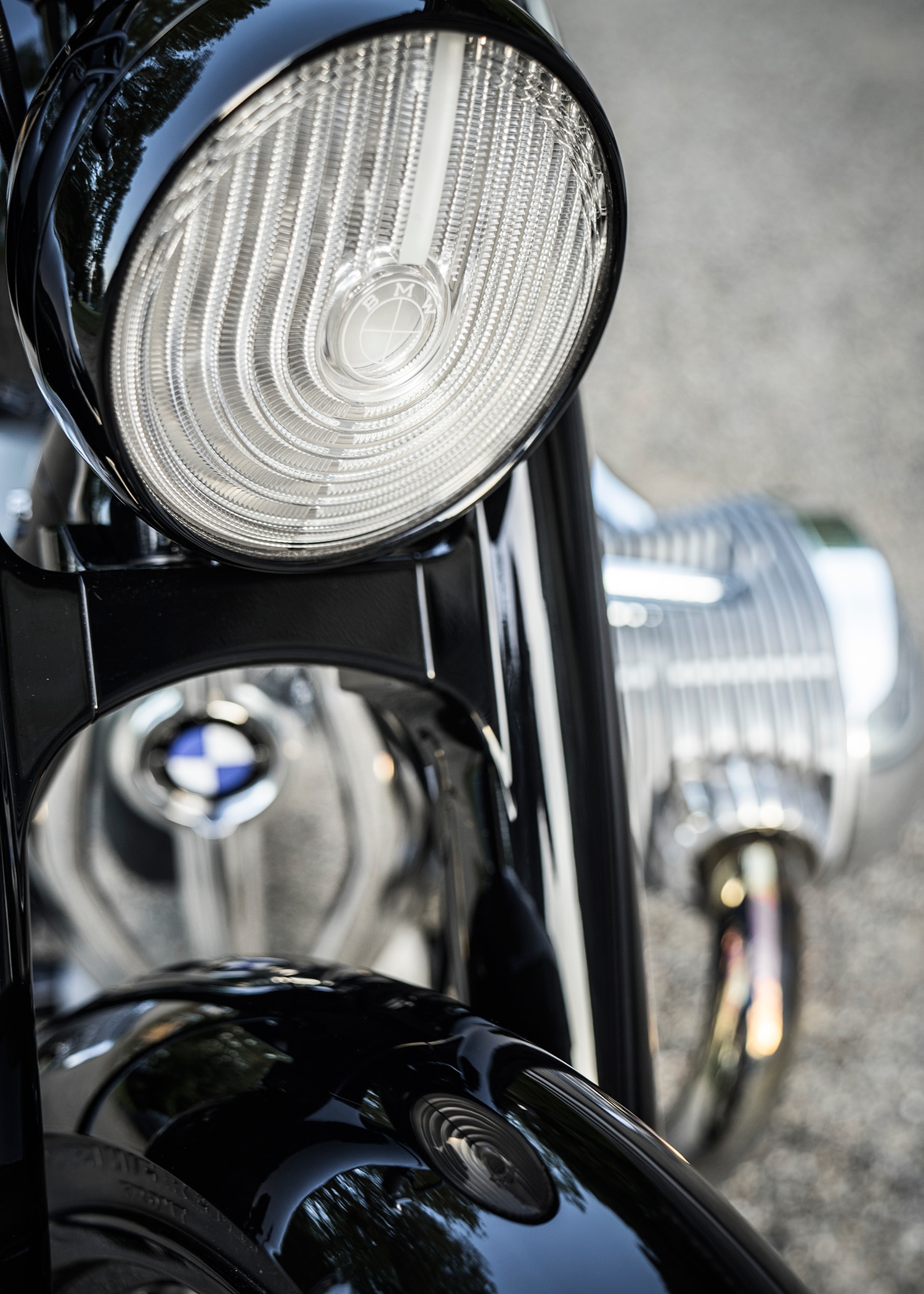 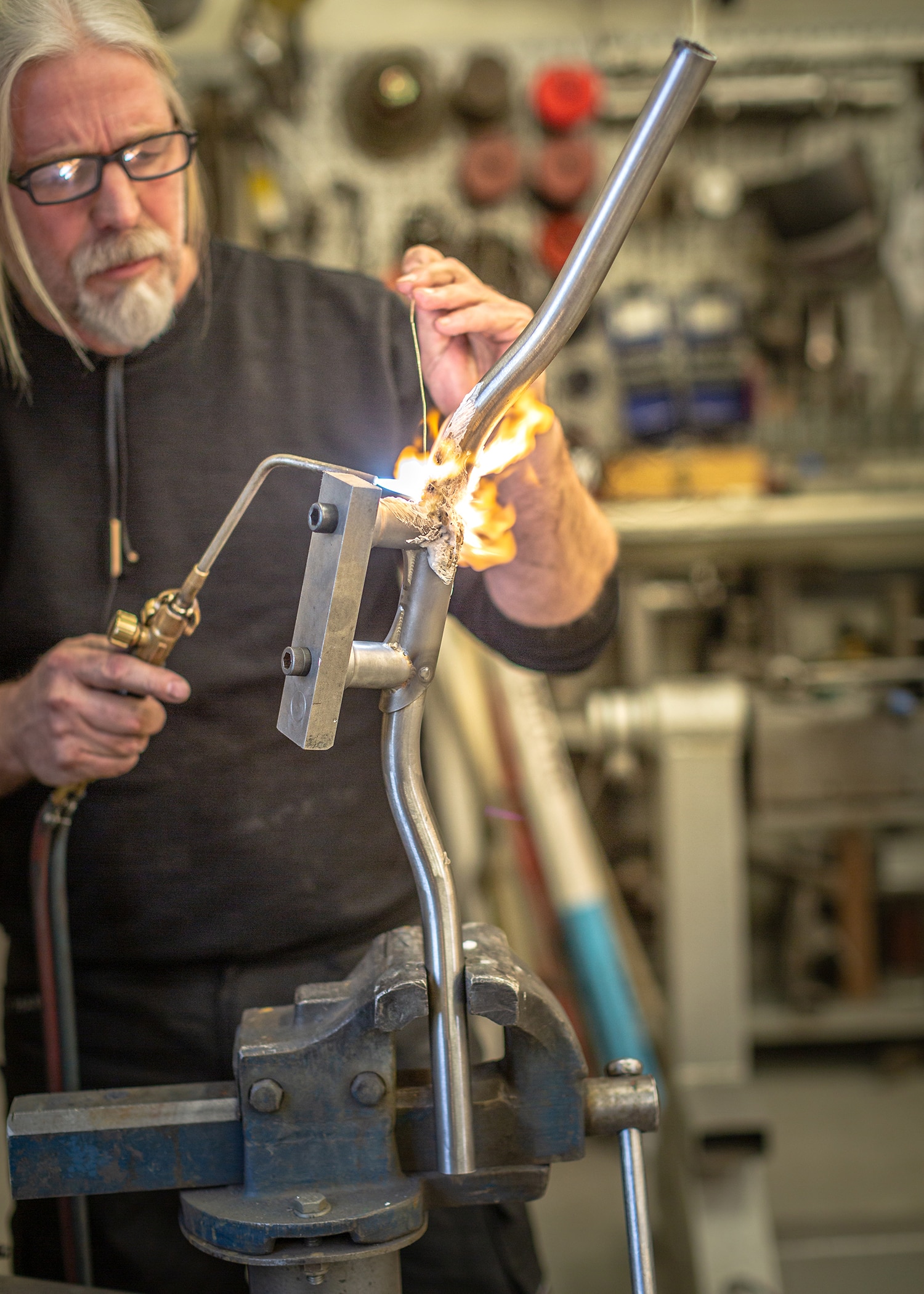 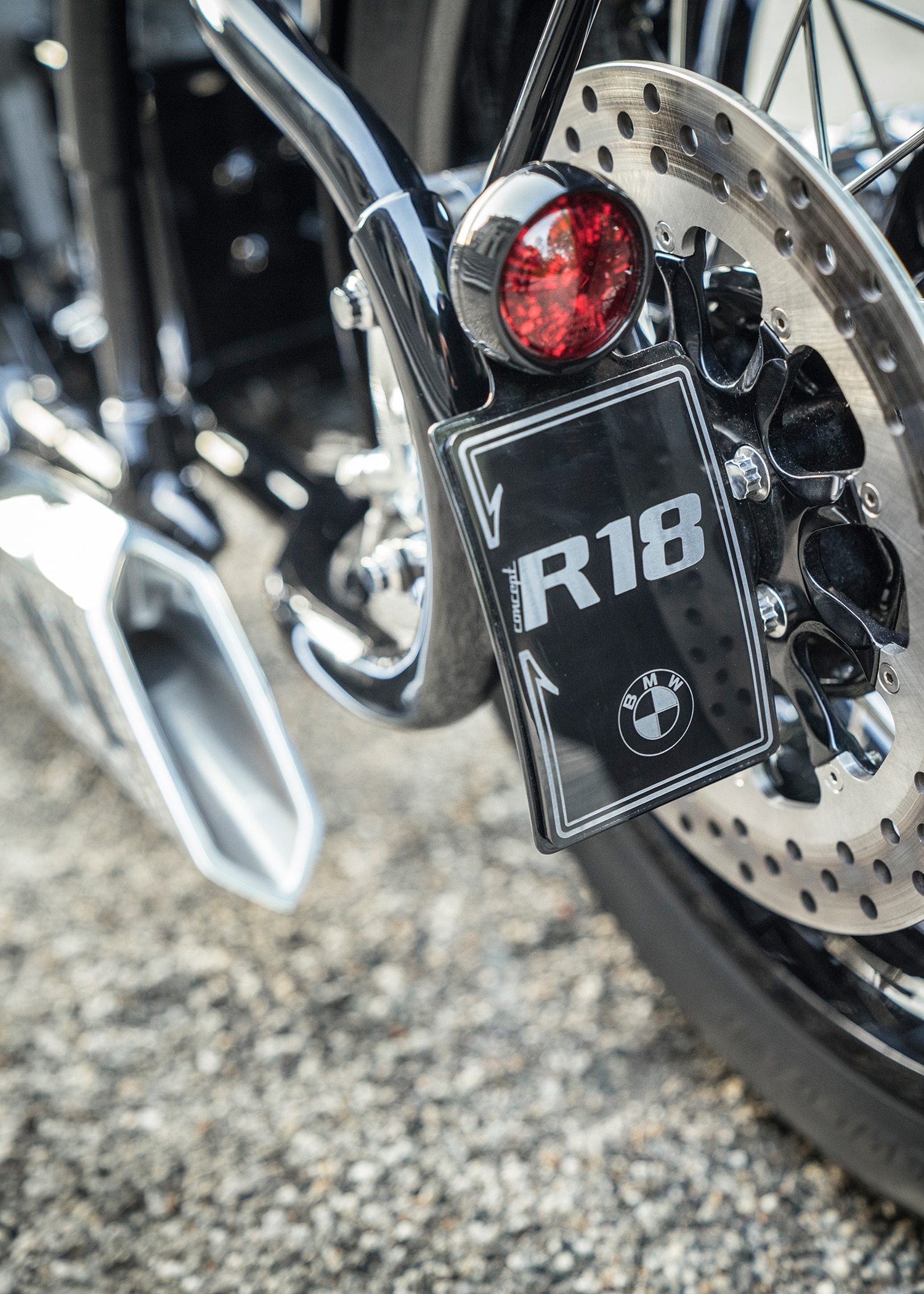 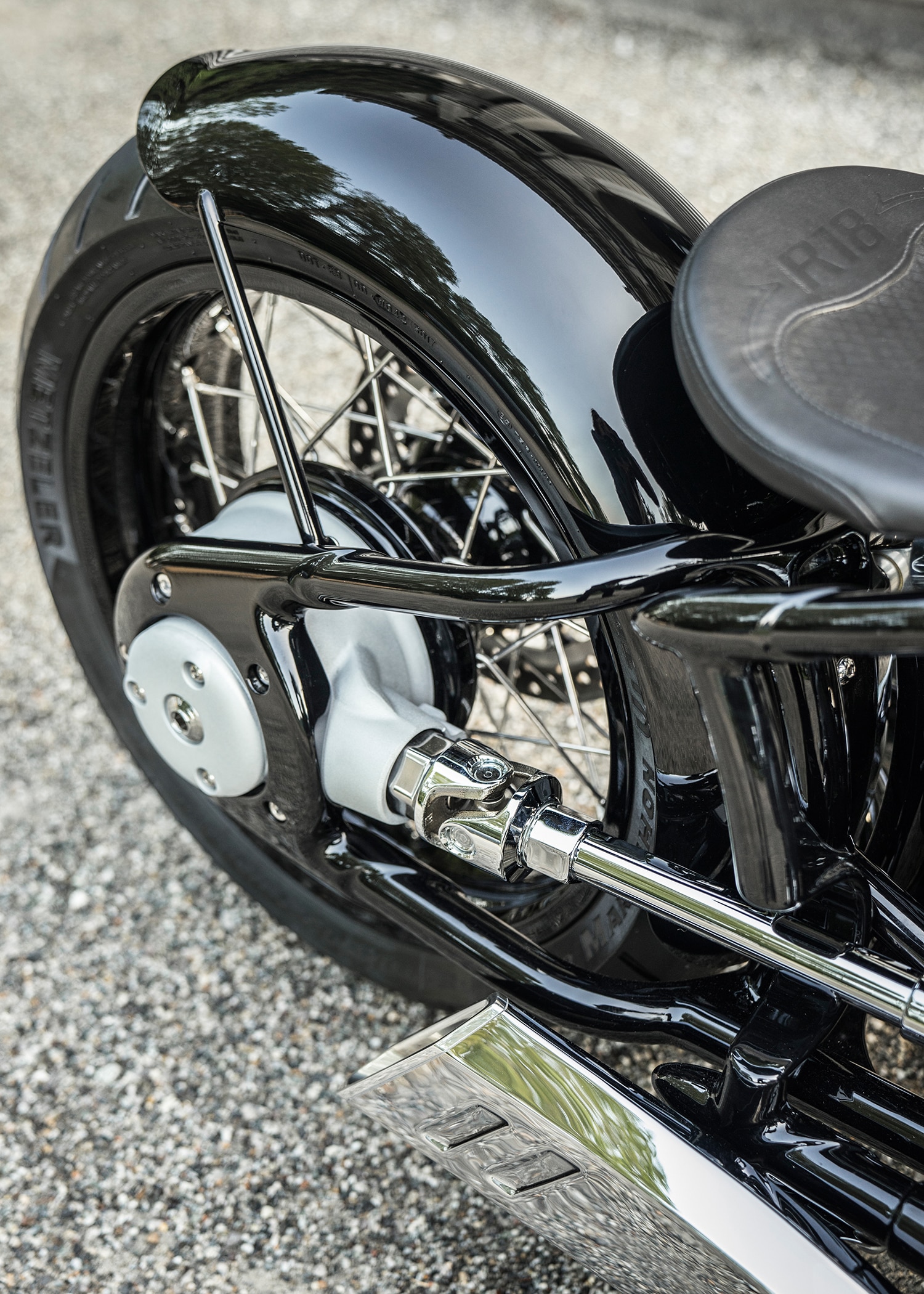 The Concept R18 goes whole hog on the Luddite bobber paradigm, a curiously timed choice given Harley-Davidson’s deep dive into electrification. Surely the production bike it inspires will be a modern BMW through and through, with appropriately forward thinking engineering and contemporary tech. But we can’t help but wonder: With all that gorgeously finished metalwork and traditional craftsmanship onboard, won’t you carry some of that over to the production bike, BMW? Pretty please?