In late March, the stage was set for a 1967 Chevrolet Corvette C2 to break the model’s all-time price record of $3.85 million. Believed to be one of just 20 L88-package Corvettes built in ’67 and the only one in Sunfire Yellow, it was valued by its seller as high as $3.95 million. But when it hit the Mecum Auctions in Glendale, it was a much different story.

Bidders disagreed with the eye-watering estimate, and by the $2.45-million mark, only one bidder was left standing—former Muscle Car City museum owner Rick Treworgy, according to Corvette Blogger. What factors were at play to make this potential record-setter fall so far short of expectations? Was this C2’s fizzle on the auction block a one-off occurrence, or a symptom of some greater trend—like the classic Corvette market cooling at last? 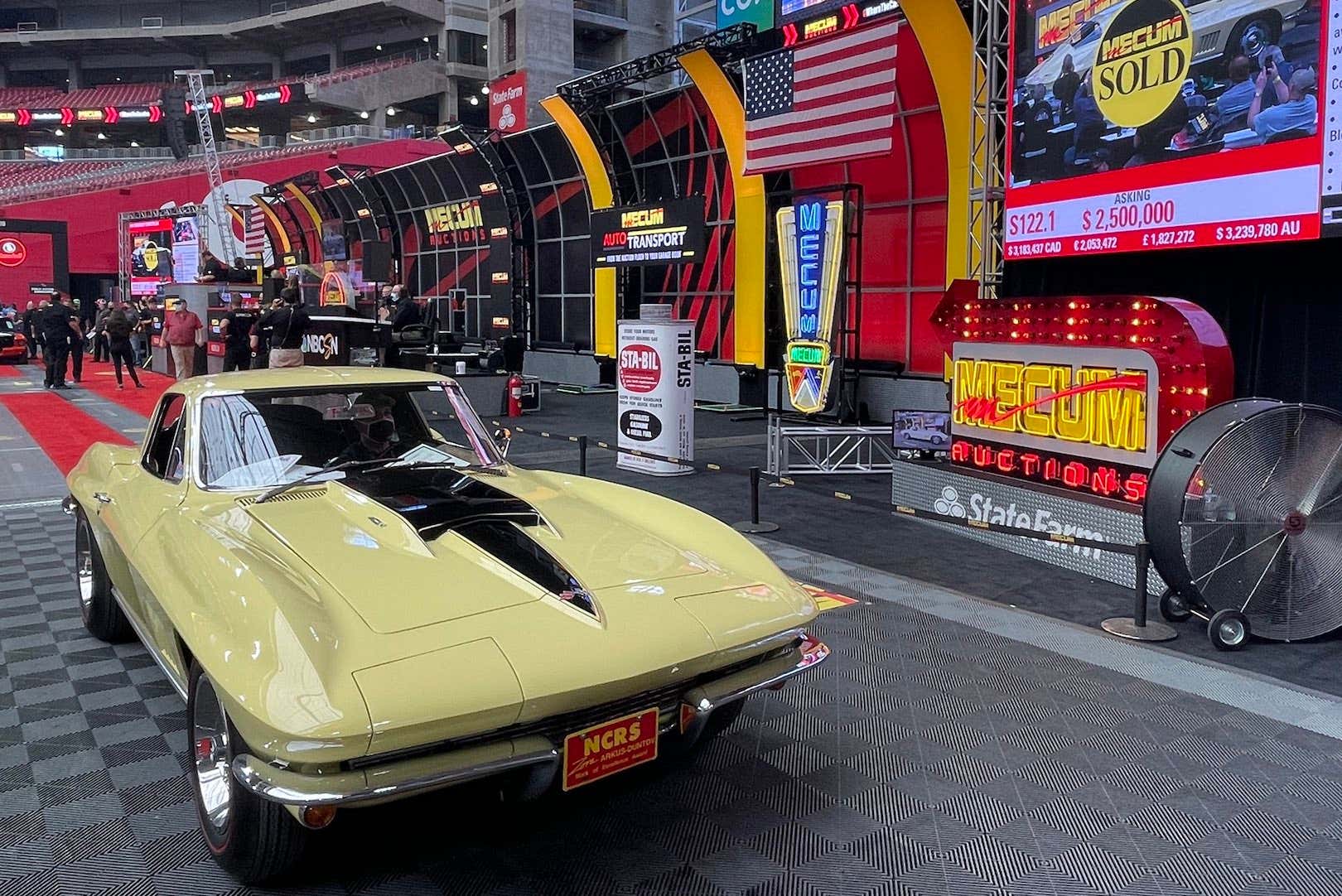 Having examined C2 value trends, the collector car market as a whole, and consulted experts at Hagerty, I’ve arrived at a conclusion. And if you know what Betteridge’s Law is, you’ll see it coming.

Reaching this decision wasn’t as simple as examining recent auctions on Bring A Trailer, whose C2 sales chart doesn’t show as distinct a trend as classic trucks have. Evidence of a change in the market, however, is suggested by a shift in buy-in rate, or the proportion of cars sold versus those that fail to meet reserve. In 2019, 31 C2s listed on BAT failed to hit their reserve prices, while 35 examples sold, one-fifth of them for under $40,000. But while BAT’s volume of C2 auctions grew with its user base in 2020 from 66 listings to 88, the bought-in volume remained almost static. Thirty-two cars failed to meet reserve, but 56 sold, only three of them for under $40,000. 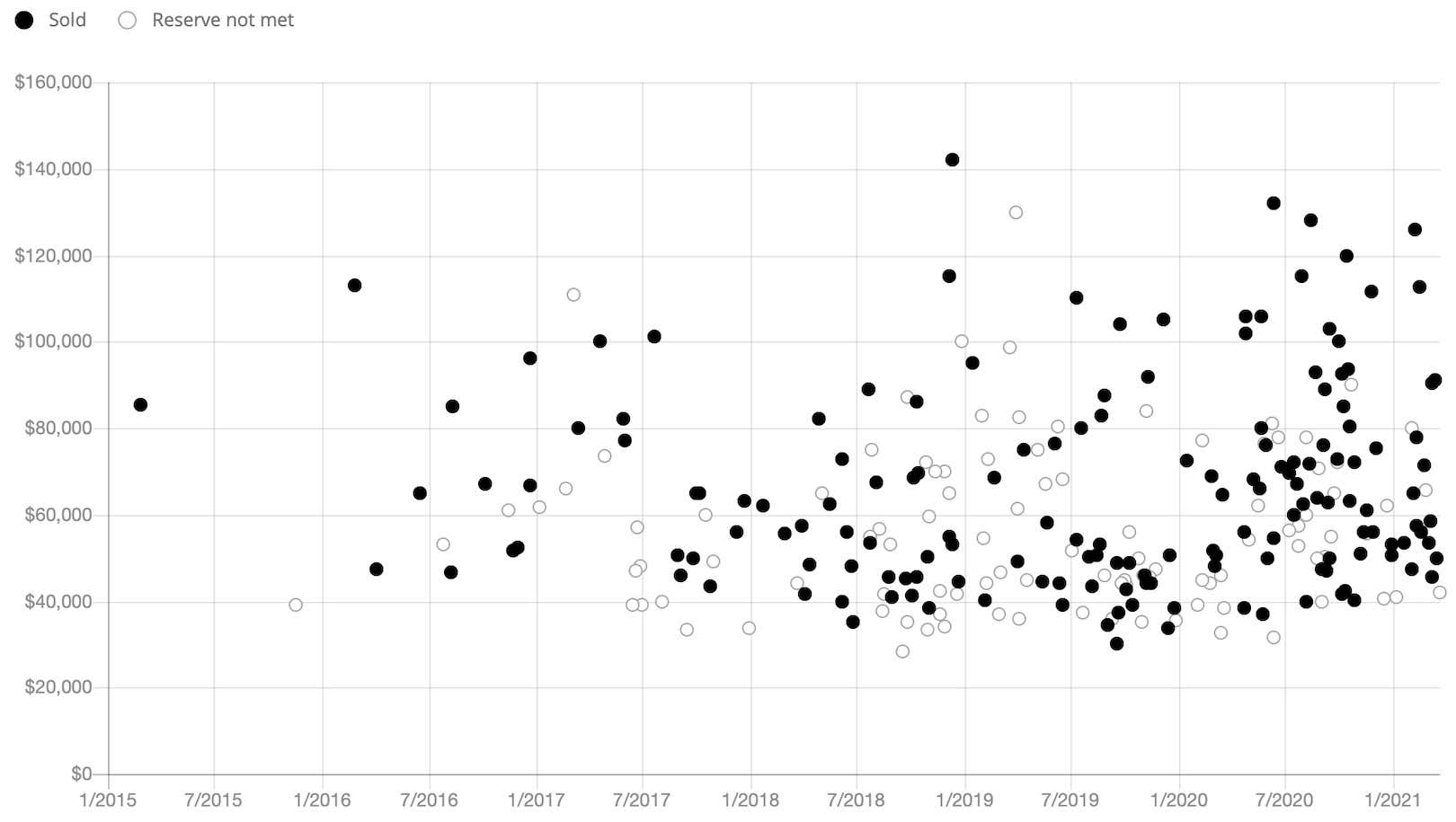 This data suggests entry-level C2s may be, if anything, slightly increasing in value, driving them into closer competition with mid-range examples whose prices appear to have slipped. The limited sample size of BAT’s data, of course, isn’t enough to draw a conclusion, but it did contribute to a larger pool of data considered by Hagerty when it updated its C2 valuation estimate in January. The insurer’s analysis shows lower- and mid-tier C2s slightly converging in value in 2020, supporting our interpretation of BAT’s chart. 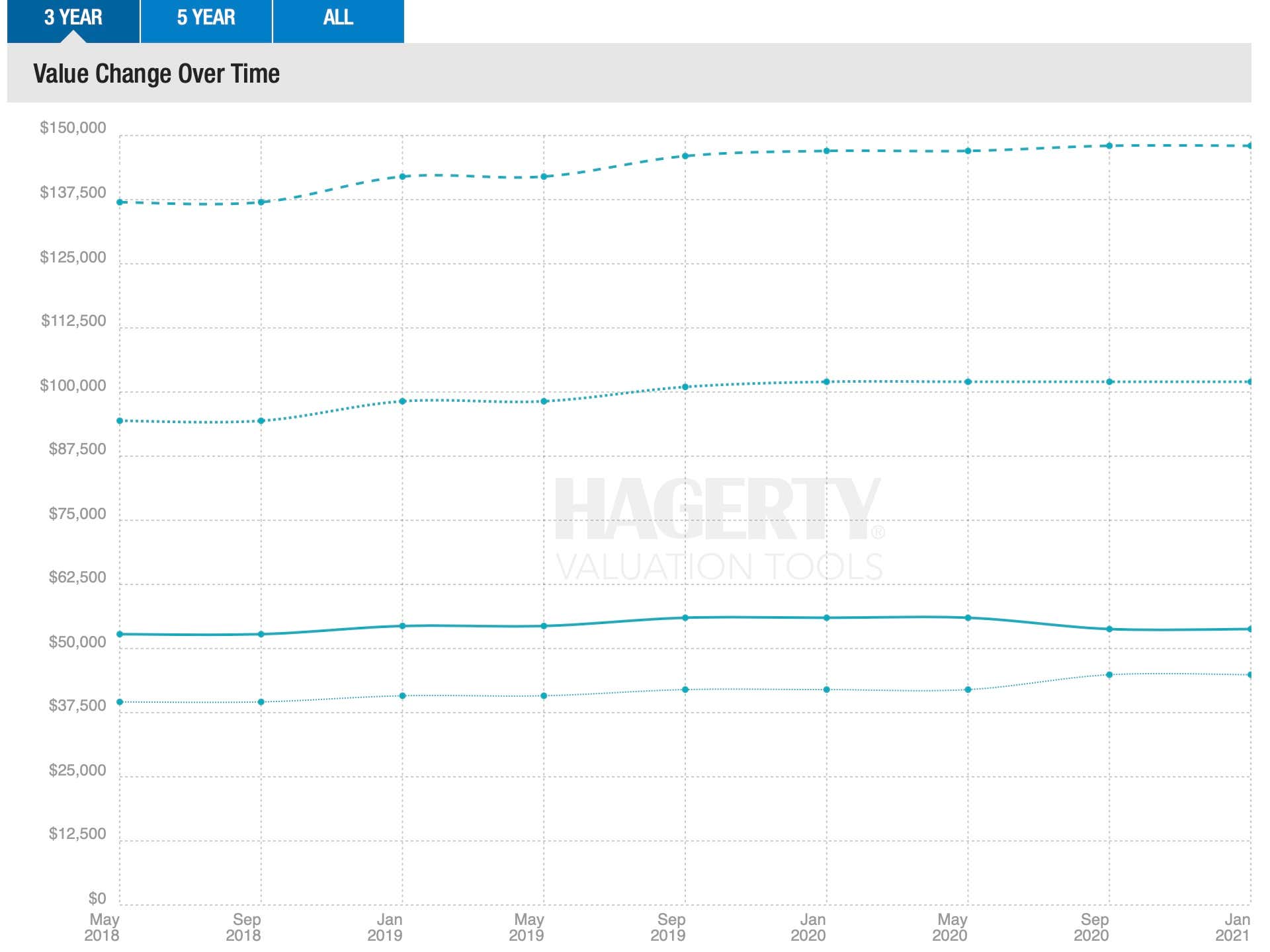 Sales aren’t alone in informing Hagerty’s deduction that C2s are appreciating in value, though. In its C2 buyers’ guide, it notes a 5 percent increase in C2 quote requests over the last half-decade, accompanied by a 13 percent increase in quote values. More cars being covered for more value by a specialty insurer is telling of how C2s’ values are being perceived by owners—old, new, and prospective.

So if C2s are generally trending upward in value, then why did the Sunfire Yellow L88’s hammer price fall so far short of the Corvette record? Why did it come in fourth on the list of most expensive Corvettes ever sold, rather than the first? The answer to these questions has less to do with the value of C2s and more with traits of this particular car, not to mention the collector car market as a whole. 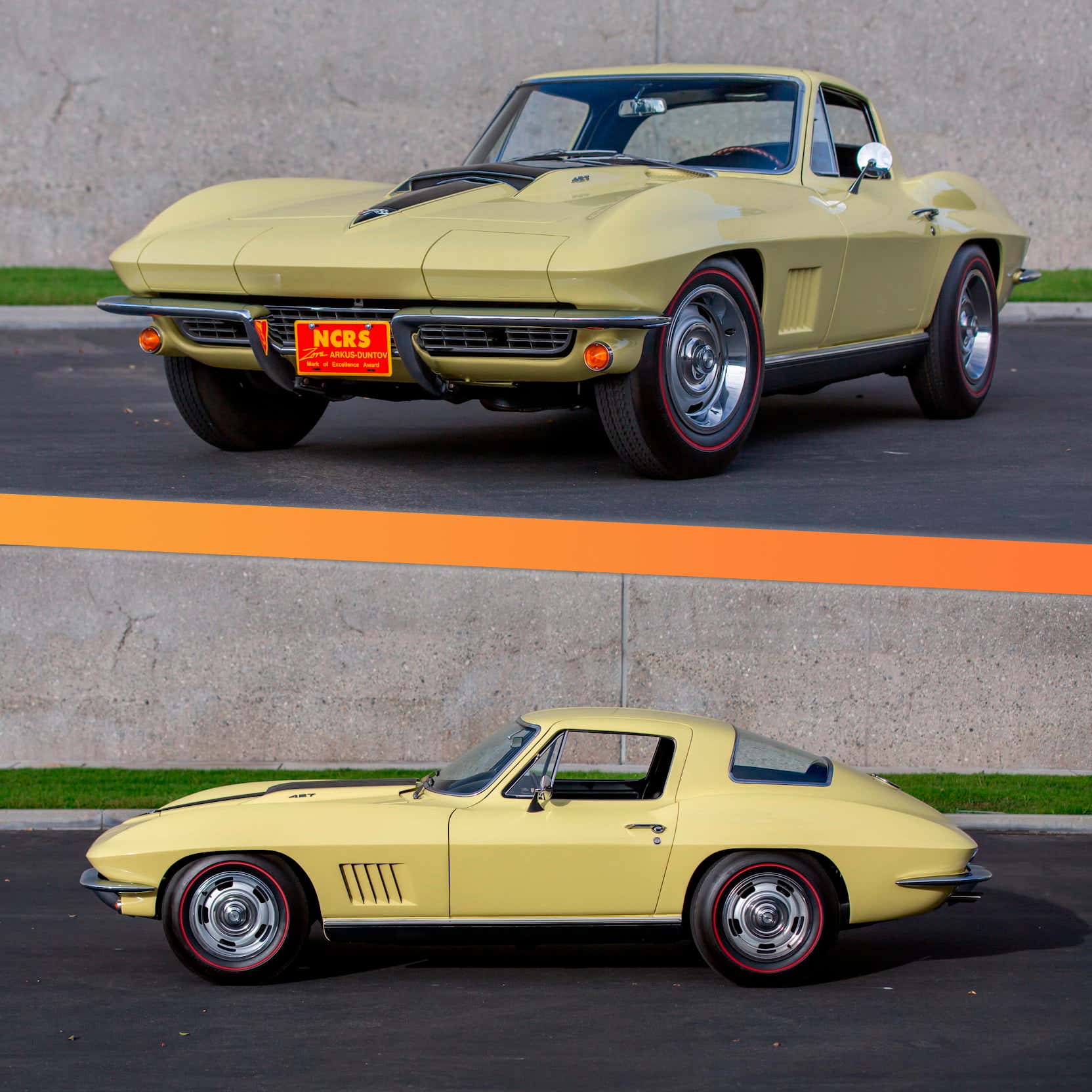 For starters, though the Sunfire Yellow L88 has its original engine, and is the only known example in its color, that color may have lowered the ceiling on its maximum value. It is not, as Hagerty’s Manager of Valuation Analytics, John Wiley, put it to The Drive, “retail red,” which he deems a major contributor to the record $3.85-million transaction for the L88 back in January 2014. Another possibly more important consideration was the period in which the record-setter sold, which as Wiley points out “was at the top of the market in the 2014-2015 era.”

This was when collector car bidding surged to unprecedented extremes, in part by financial speculators plying a tax provision called a 1031 exchange; a way to trade an appreciated asset without immediately paying capital gains tax on its appreciation. This, Wiley tells us, was a contributor to the classic car market’s swell across the early 2010s, along with the rise of which the record-setting red L88 was sold, just 19 months before Hagerty’s market index indicates it hit its peak. After August 2015, though, the market began to cool, and in late 2017, changes to the U.S. tax code eliminated cars’ eligibility for 1031 exchanges, diminishing their value to speculators. 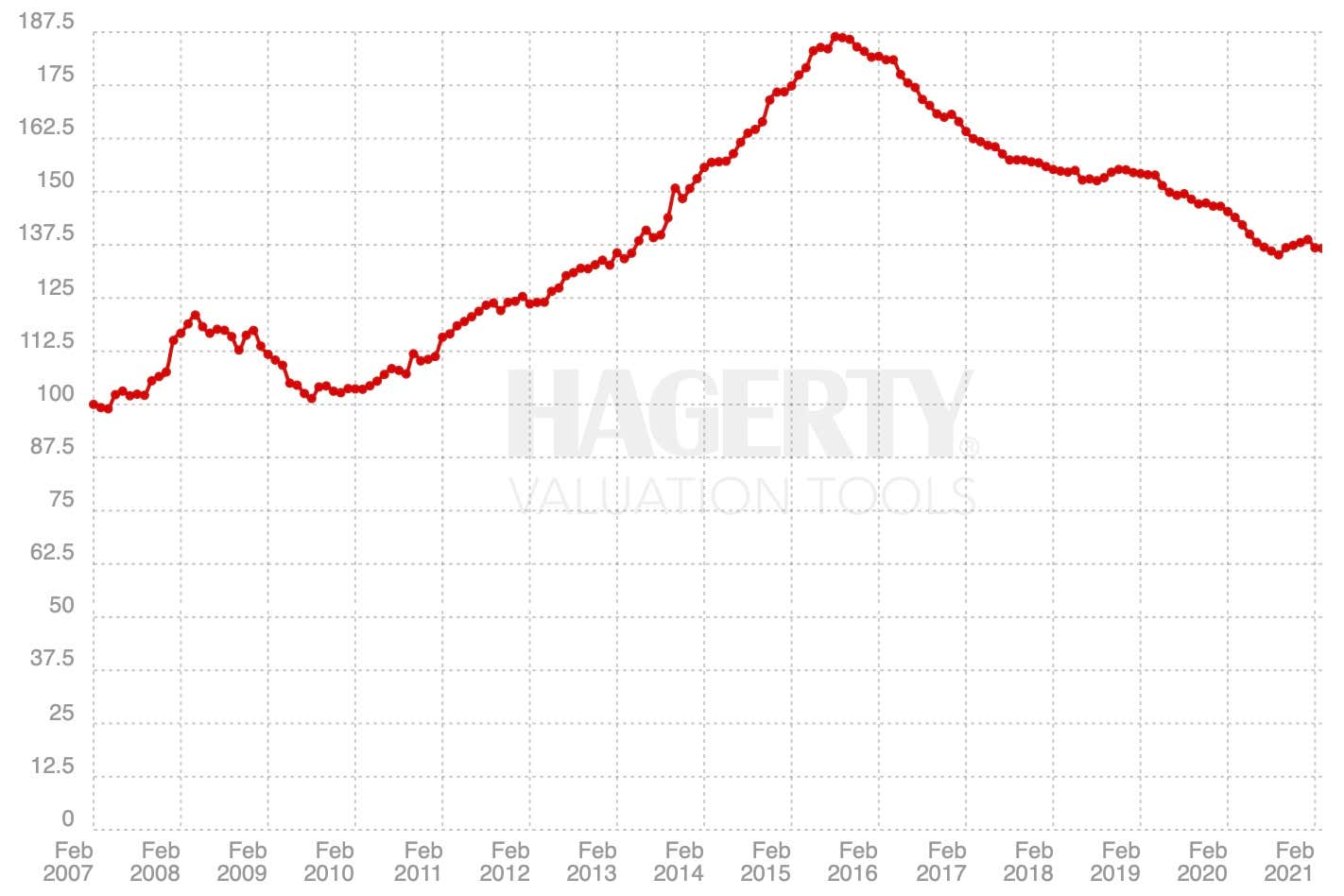 These tax changes may have impacted the Sunfire Yellow L88 shortly thereafter, in May 2018, when Mecum auctioned it in Indianapolis, only for the bidding to conclude short of the reserve at $1.7 million, according to Classic Car News. By the time the Sunfire Yellow car resurfaced in December 2019 priced at $3.95 million, the market was by no means poor, registering on Hagerty’s market index about where it was in January 2014 when the red L88 set the Corvette record. Despite its new 1031 exchange ineligibility, maybe the L88 would have still stood a chance of beating that high watermark, had market conditions stayed stable in 2020.

But they didn’t, and as people’s investment priorities changed from classic cars to toilet paper, the market index took a sharp dive, falling to its lowest point in five years last September. As of March 2021, the index was about equal to where it was in April 2013, before the red L88’s record sale, and the market rating closer to 2011-2012 levels. Buyers just aren’t treating cars like the Sunfire Yellow L88 as assets with the same potential for rapid, tax-deferred appreciation—there’s no reason to bid feverishly when a car won’t be worth a million more next year.

So, are we past peak C2? If you define that as the maximum of what one can be worth, then the answer would appear to be probably. The generation for whom the C2 is probably most evocative, Baby Boomers, are slowly getting too old to drive these symbols of their childhood. But while they account for the biggest percentage of C2 owners insured by Hagerty, at 40 percent, they are actually outnumbered by Gen X and Millennial policy-holders, who own 48 percent of the C2s Hagerty insures.

Not all of midcentury America’s icons have stood the test of time, but as demonstrated by younger generations taking up the C2 ownership mantle (and at slowly increasing cost), this Corvette has. 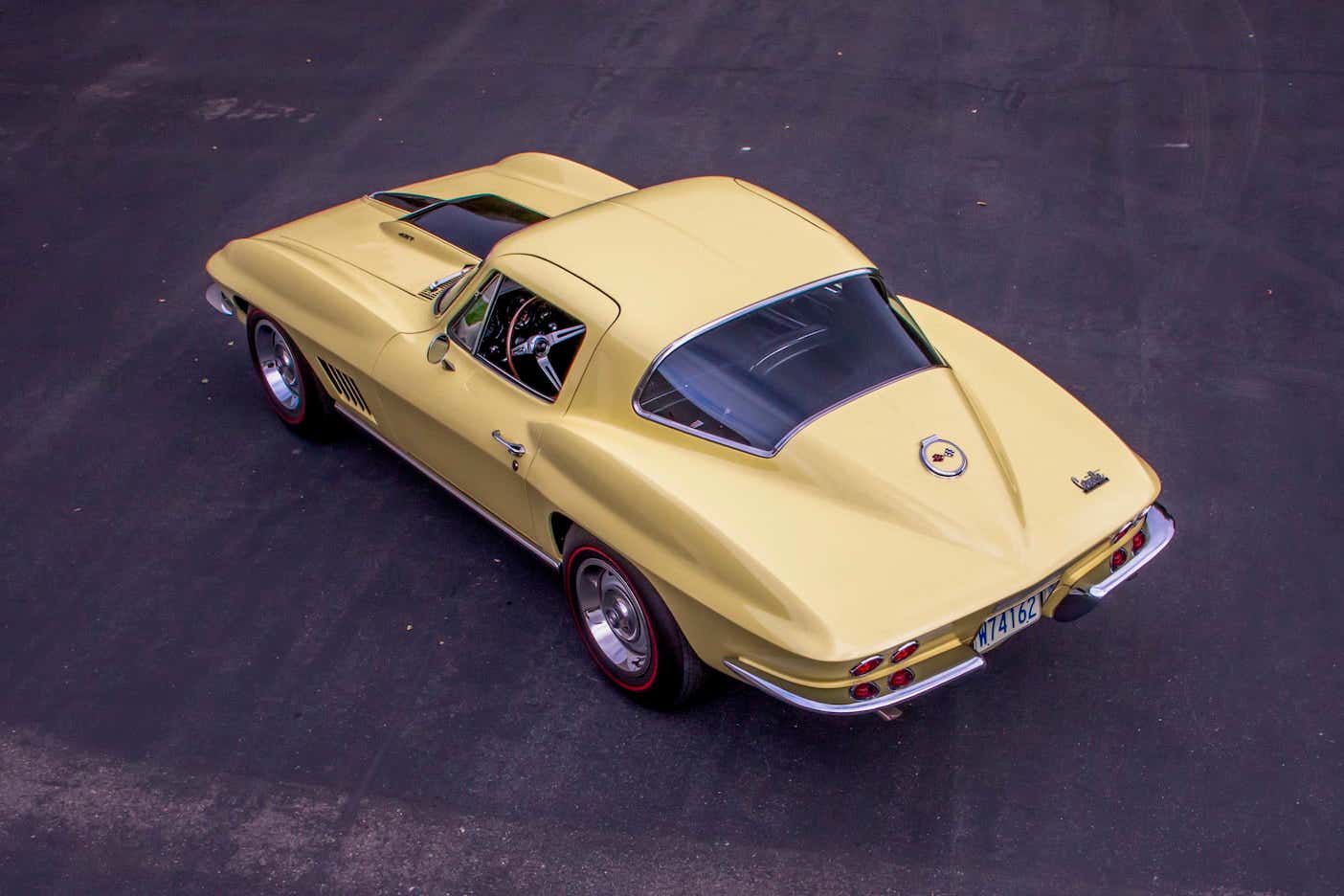