Overnight 22000 people lost their jobs, and the people who live in the quarters are without electricity or water.

BHPian Babyhindusthan recently shared this with other enthusiasts.

Visiting the HM plant was a long time wish, but unfortunately by the time I grew up, production stopped, still the wish remained. And when a friend and a fellow owner of a Mark II Ambassador said he also wanted to visit the plant, I jumped at the opportunity and made plans to visit this weekend only. A quick stop for a photo in front of town hall. Yellow cabs and white Ambassadors are still a familiar site on Calcutta roads. Security outpost outside a gate. Glimpse of the plant inside (the chimneys and shed visible belong to Titagarh wagons). Mark 1 and 2 parked inside the premises. A round of photoshoot after parking in front of a gate of Titagarh wagons. Signboard outside disposal gate. For gaining entry into the plant, this gate was mainly used as the Hind motor station is located opposite to it. Union room, one of the main reason leading to shut down of the plant. While standing outside the disposal gate and enquiring if any spares are available, the person on the cycle stopped and told to look in Mullickbazar. He is an employee at HM, worked as a tester of the manufactured cars. The day before work was suspended, the last batch of 14 cars were made and he inspected them doing overtime, but unfortunately he didn’t receive that payment also. Notice at the disposal gate. The disposal gate itself. 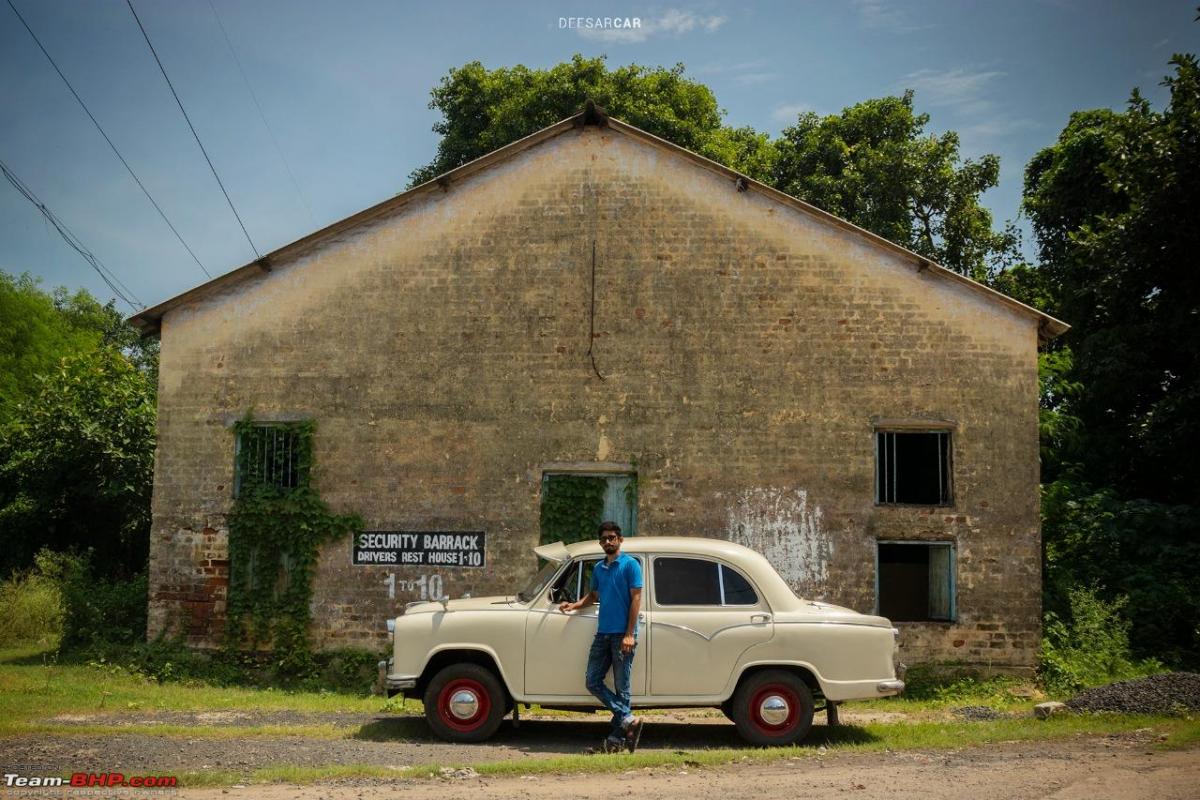 Posing with the Mark 1 in front of the security barrack. The total land of the factory is 1000 acres, of which 300 acres have been leased to Shreeram group, a portion is Titagarh wagons and it is likely that the plant will be broken down and made an IT hub. We weren’t allowed to go much further inside, although locals are being allowed, probably because the security guard present at the gate was ill tempered. Inside the premises, no cars are left, all being sold out through the back gates. Learned from the tester that there was a prototype of HM Veer pickup truck kept in a showcase inside the plant, that too was taken out after closure of the plant. Overnight 22000 people lost their jobs, and the people who live in the quarters are without electricity or water.