Despite all the controversy, the SSC Tuatara is a massively fast car. Its land-speed record attempt was complicated, but heck, the thing went 282 miles per hour. You would wanna buy an engine from the company that made that happen, right?

Now, you can’t have the exact engine that’s in the Tuatara, but you can have something awfully close. The company behind that car’s powerplant, Nelson Racing Engines, sells 1,500-horsepower, 7.0-liter crate engines and you can have one shipped directly to your door. Sure, they’re expensive at $28,999, but NRE definitely knows a thing or two about making huge power that’s safe and streetable. This engine is part of the “Daily Driver” series, after all. 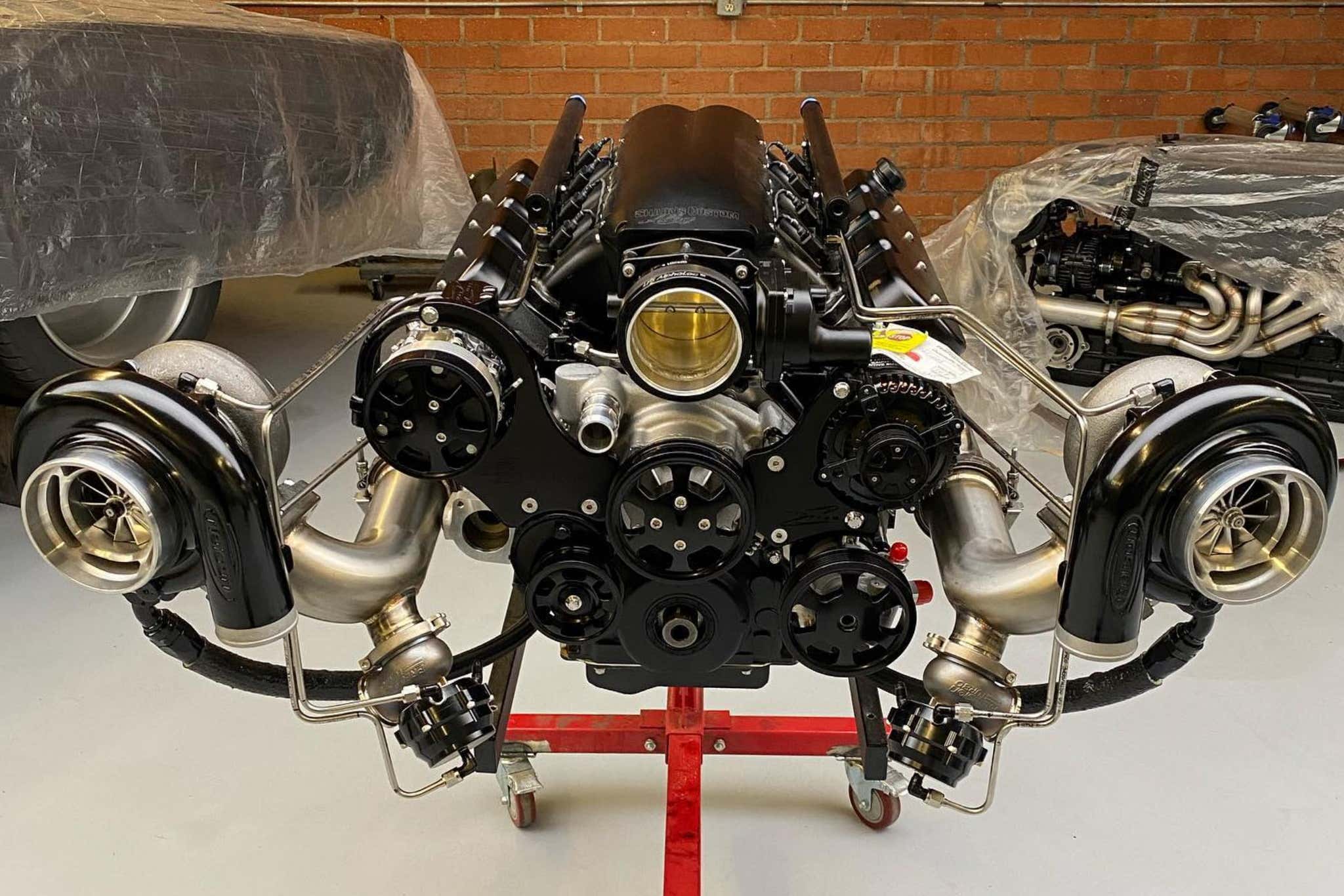 Part of that price comes from the peace-of-mind that Tom Nelson’s middle name might as well be LS, but also the fact that the company is far more than just your average tuner. The turbochargers you see above are 76-millimeter “mirror image” units of NRE’s design, created for superior packaging in a variety of applications. Also, nobody likes the look of asymmetric turbochargers. Symmetric turbos are where it’s at.

The bottom end is as stout as any you’ll find, with a billet four-inch crank, forged rods from Boostline, and forged JE pistons. The oil sump is also a high-quality piece from Moroso, and the high-volume oil pump flows like crazy to ensure everything stays happy. NRE knows how much you really don’t want to spin a bearing while making 1,500 horsepower.

The top end is just as impressive, with a set of Dart Pro 1 heads with Inconel exhaust valves, shaft rockers from Comp Cams, and a hydraulic roller camshaft of NRE’s design pushing on GM Racing roller lifters. The intake manifold, like seemingly everything else on this engine, is billet—billet aluminum in this case. It features a 90mm drive-by-wire electronic throttle body working alongside Holley Terminator EFI.

Don’t worry, that price also includes a wiring harness. Sure, you or your mechanic will have to hook it up, but everything’s included to make this a turnkey package.

NRE-powered cars—or, in some cases, props that look like them—have also appeared in the Fast and Furious films. Vehicles like the F-Bomb Camaro, owned by Hot Rod Magazine‘s David Freiburger, and the “Maximus” bare metal Dodge Charger can be seen at the end of the series’ seventh installment. Needless to say, the motors and cars NRE builds are the real deal.

So if you want a reliable, streetable, just-change-the-oil kind of 1,500 horsepower, you don’t have to look any further. The motors are built like bank vaults, Nelson has been doing this for a long time, and if you don’t believe me, well, here’s a video we made waaaay back in dinosaur times featuring Nelson explaining how he makes huge power that you can drive every day.