After the better part of 15 years, Toyota’s full-size Tundra pickup is finally getting a redesign. All evidence points to the 2022 Tundra being a big departure from the outgoing model, trading its 5.7-liter V8 for a turbocharged V6, and at some point integrating hybrid, electric, or even hydrogen power. Whatever the case, everyone with inside knowledge of the truck is so psyched that they can’t keep quiet, as Toyota’s Executive Vice President of Sales for North America, Bob Carter, showed by telling MotorTrend the 2022 Tundra’s top powertrain has new tech “that will blow you away.”

Carter said the redesigned Tundra, first teased last November, will have a base engine “substantially more powerful in terms of horsepower and torque than the current V8.” This engine, which has the V8’s 381 horsepower and 401 pound-feet of torque to beat, was first rumored in March 2020 to be a twin-turbo V6. The Drive corroborated this in April when we spoke to a source familiar with Toyota’s manufacturing plans, who revealed the Tundra and Sequoia’s V8 will soon step aside so Toyota can introduce a twin-turbo V6. 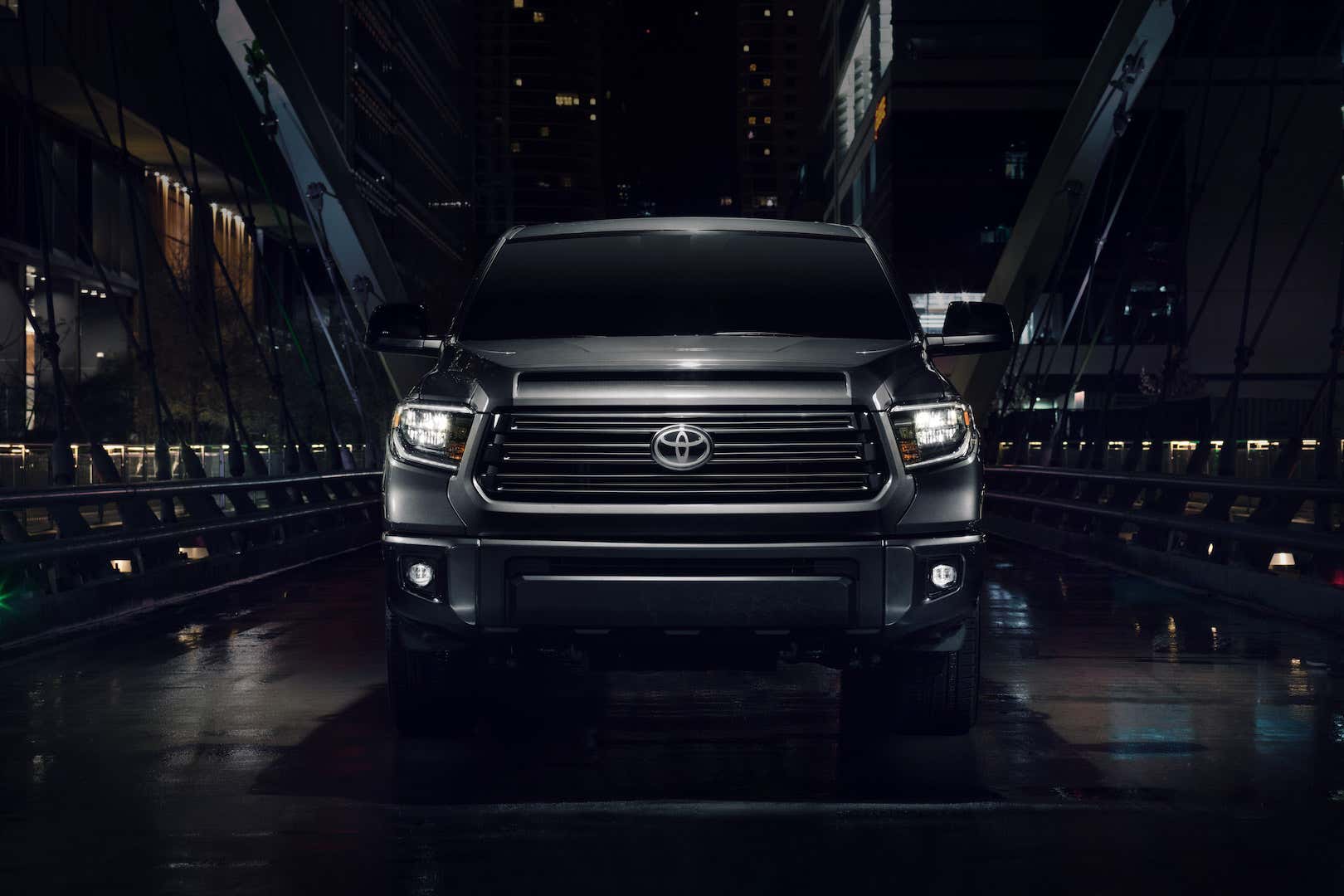 Turbo V6 reports were again corroborated in February after dealers previewed the 2022 Tundra. That time, we learned the V6 will likely be paired with an eight-speed automatic transmission, not to mention a hybrid system as outlined in the initial March 2020 leak. This combination seems the one likely responsible for Carter’s excitement, though his statements suggest we shouldn’t yet count out something more exotic—maybe something related to Toyota’s fixation with hydrogen.

“We have our concept and our own technology that I think you’ll be impressed [by],” Carter hinted. “We’re in it to win it.” 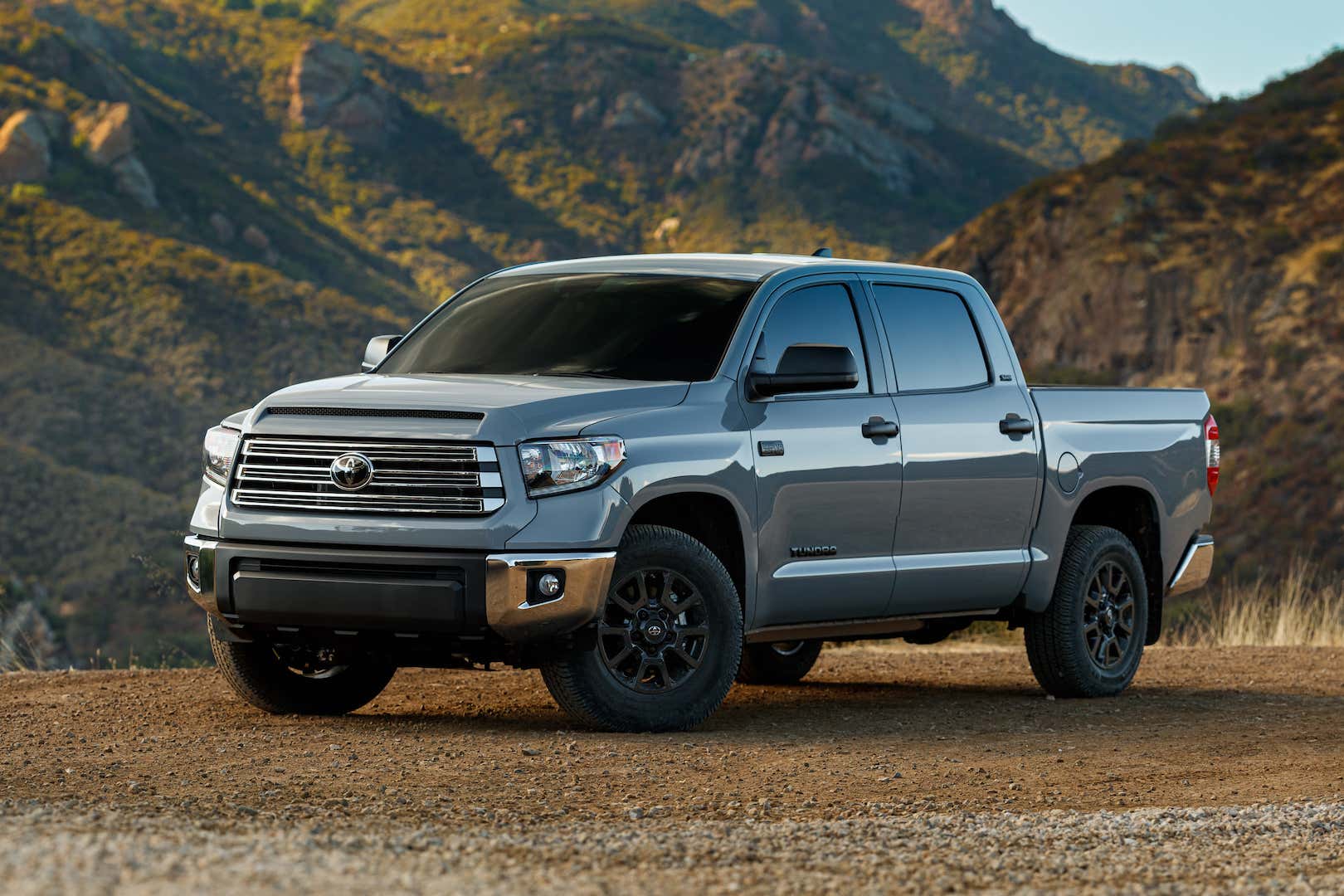 Dealers share Carter’s optimism for the 2022 Tundra, with one telling media after their sneak peek that the truck is “going to be unbelievable.”

This winning formula won’t consist of just a modernized drivetrain, but a stronger TNGA-F truck chassis that lets the 2022 improve on the current Tundra’s 1,730-pound payload capacity and 10,200-pound tow rating. Prototypes have also reportedly been spotted with large sunroofs and retractable running boards, each of which could inflate the Tundra’s price, though money doesn’t seem to be an object to car buyers in 2021 anyway. 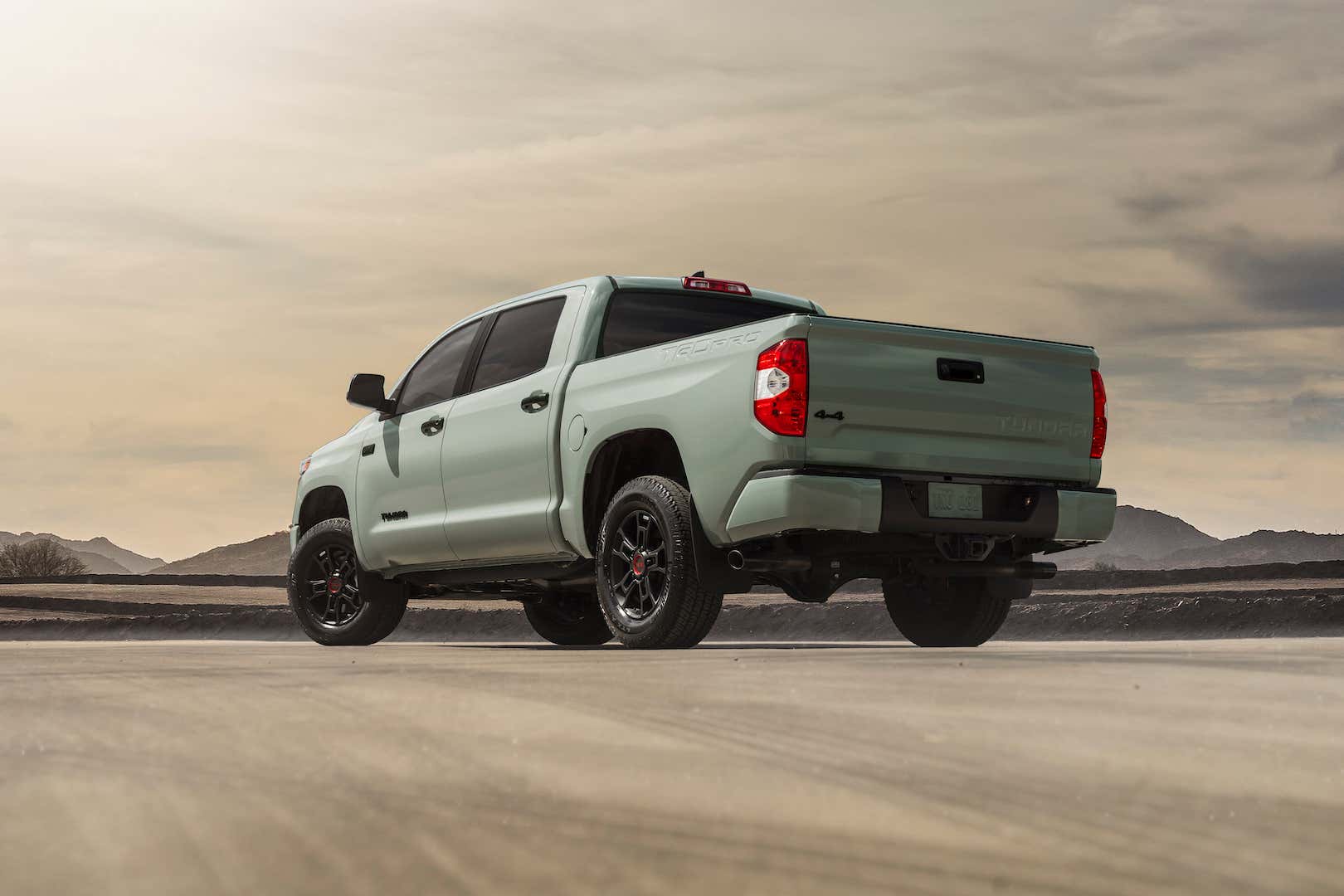 All will become known in September when Toyota reveals the 2022 Tundra, production of which reportedly commences in November, with deliveries starting in December. Manufacturing of its SUV derivative the Sequoia will reportedly follow in 2022, by which time we’ll know if the Chevrolet Tahoe should start looking over its shoulder.