The all-new Jeep Grand Wagoneer and slightly less new but still cool Cadillac Escalade may be getting all of the full-size luxury SUV headlines these days, but the rivaling Lincoln Navigator is now getting a mild update for 2022. This refresh mostly consists of improved tech, a more luxurious second row, and a couple of new themes for its swanky Black Label design program.

Most notably, the incoming and improved Navi debuts the company’s new “ActiveGlide” semi-autonomous driving system—essentially Lincoln’s version of Ford’s BlueCruise. In addition to sounding like a Personal Lubricant, ActiveGlide apparently allows the big Lincoln to operate “hands-free” on more than 130,000 miles of “prequalified” North American highways. Although, we should mention that this is not a self-driving system given the fact that those unequivocally do not exist yet and the presence of a driver-facing camera that makes sure you’re still paying attention to the road. 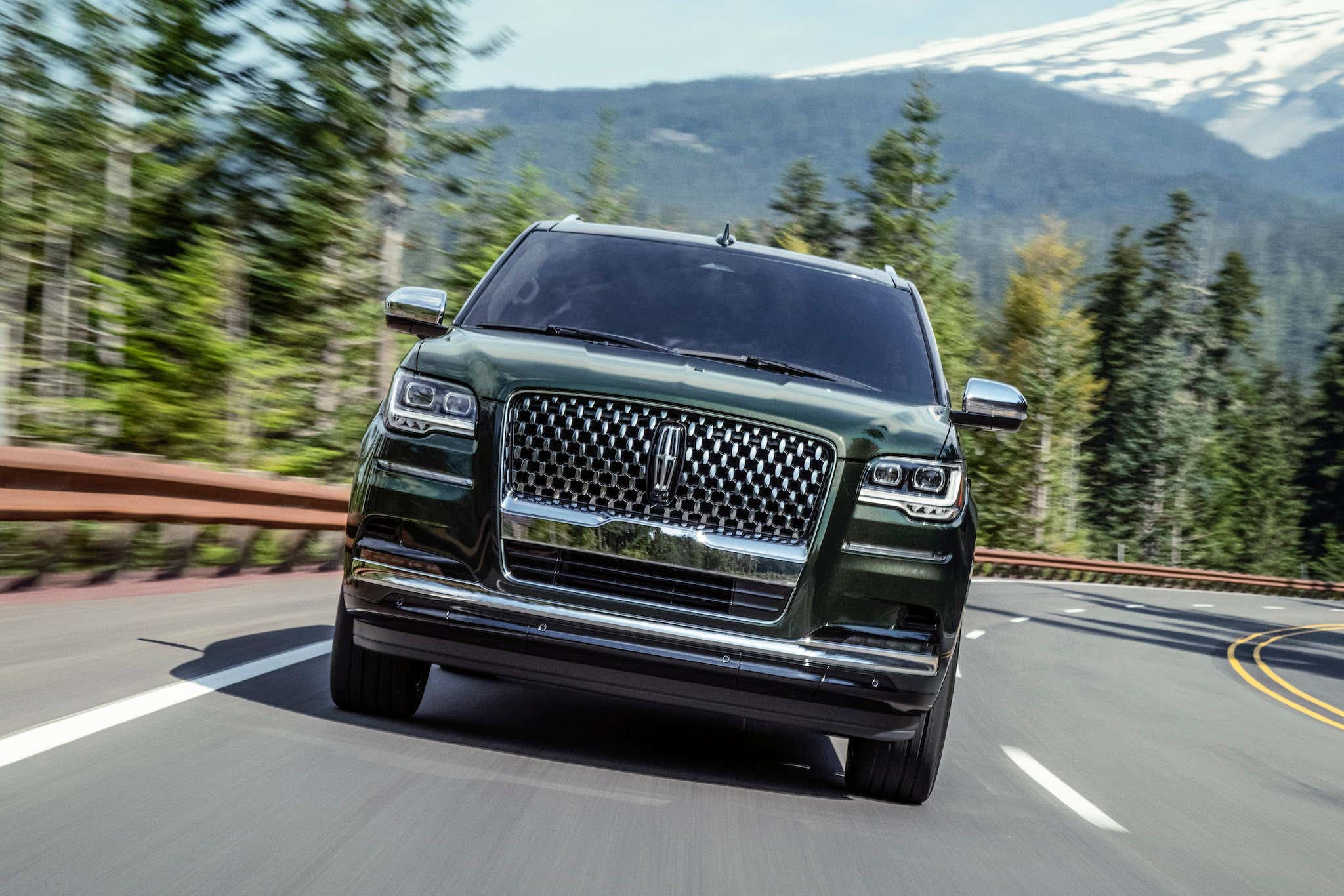 Speaking of paying attention to the road, Sync 4’s processing power has apparently been doubled and now supports wireless Apple CarPlay, Android Auto, and features over-the-air updates and Amazon Alexa integration. System voice commands have been improved and, of course, the center touchscreen has grown, now measuring a laptop-worthy 13.2 inches. Meanwhile, the digital gauge cluster is 12 inches big and sits under a head-up display that’s been reworked.

The second row, too, has become quite a bit more luxurious than last year. Second-row seat heating and ventilation are now standard, for starters, and the Navigator’s rear passengers also now get massaging seats, with the massage system itself having been upgraded. It’s all controlled via a 5.8-inch “digital module.” 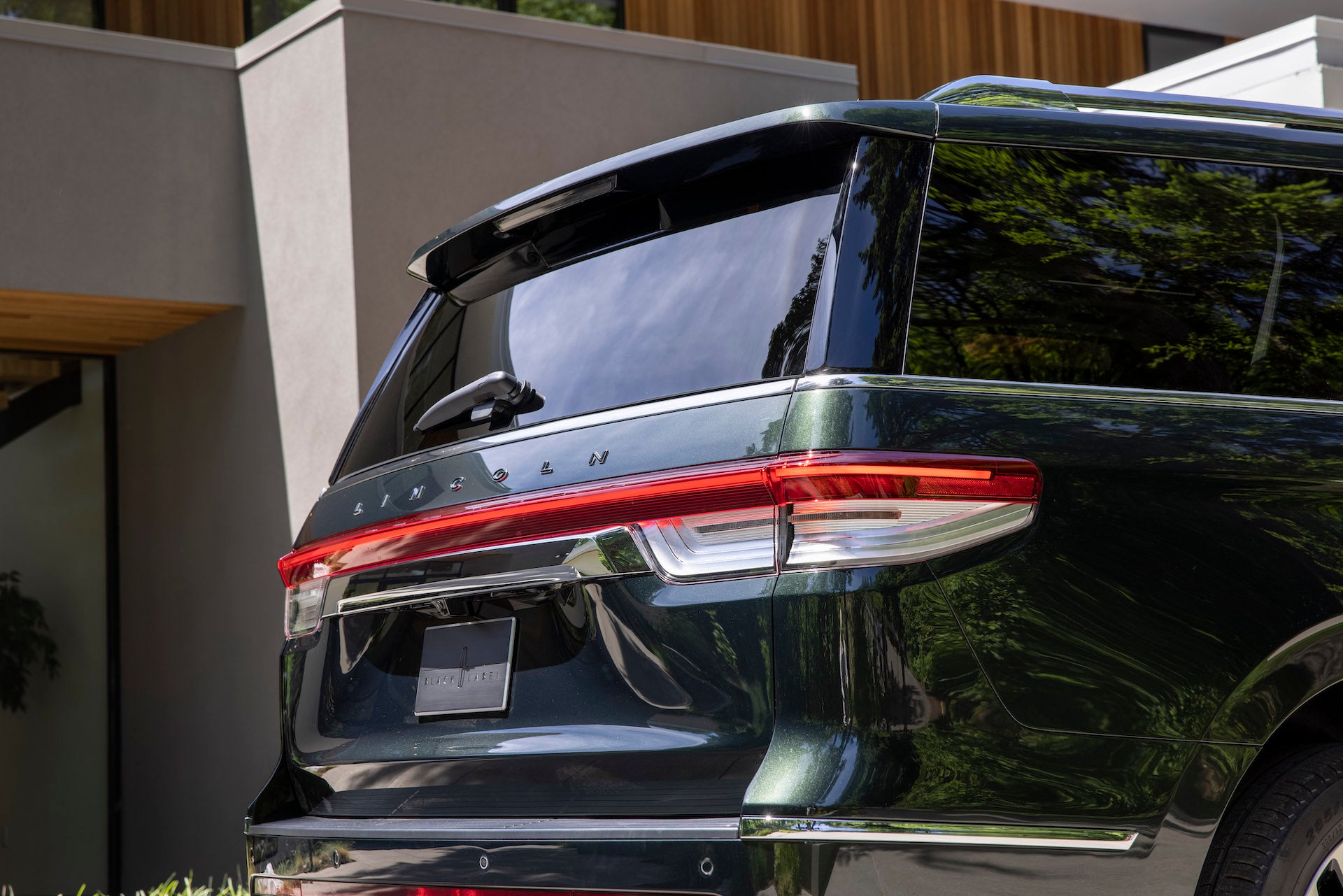 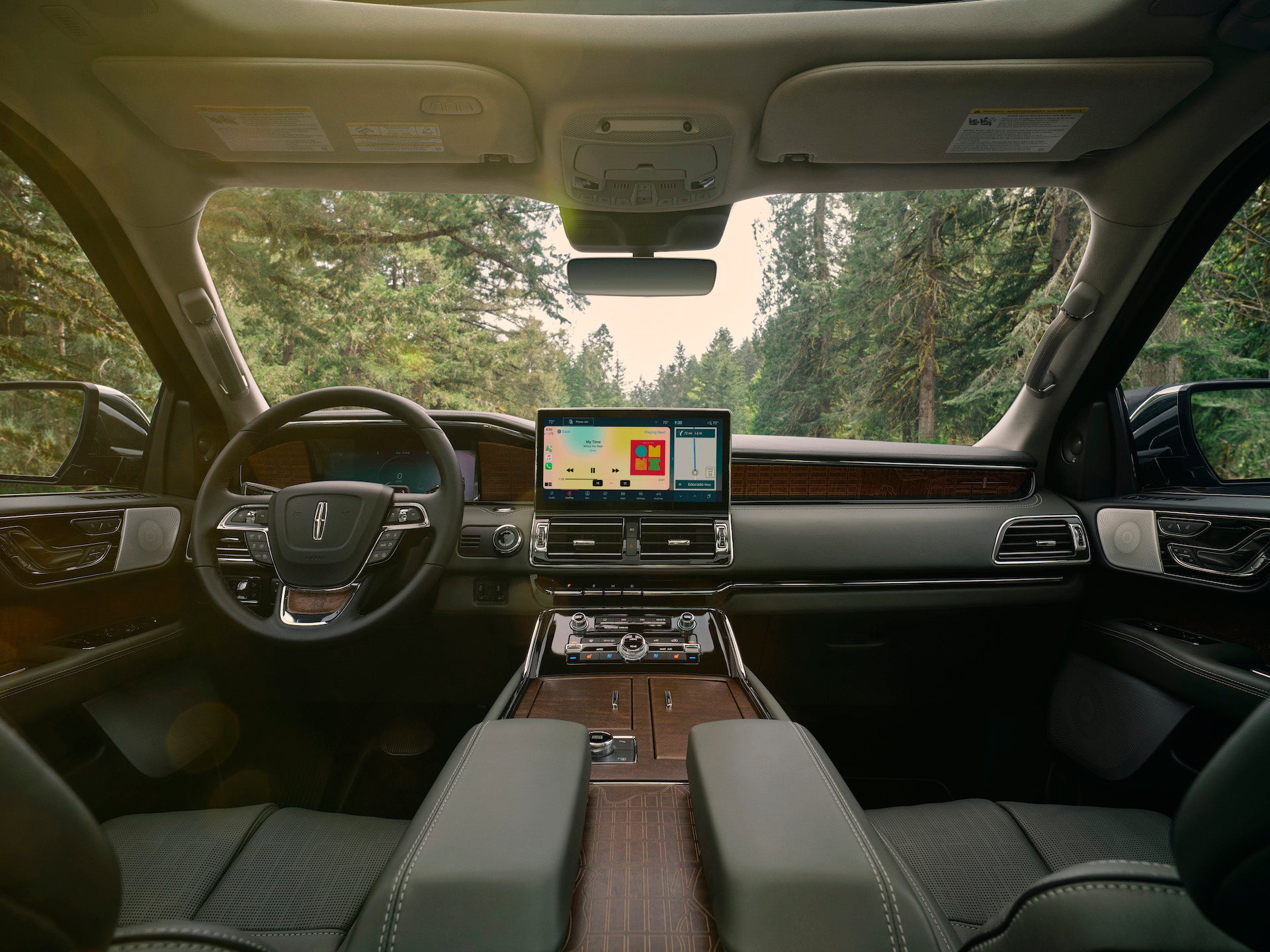 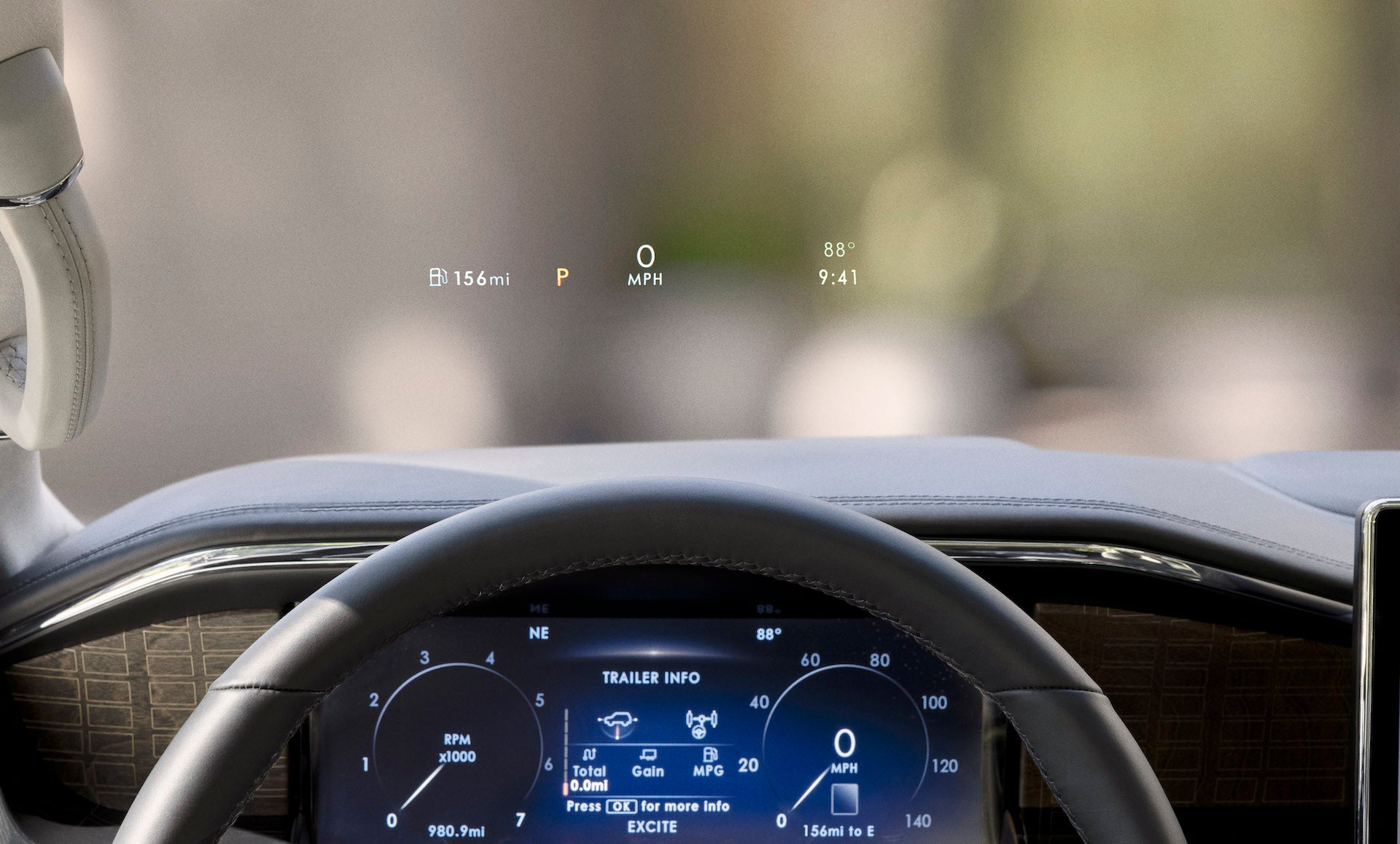 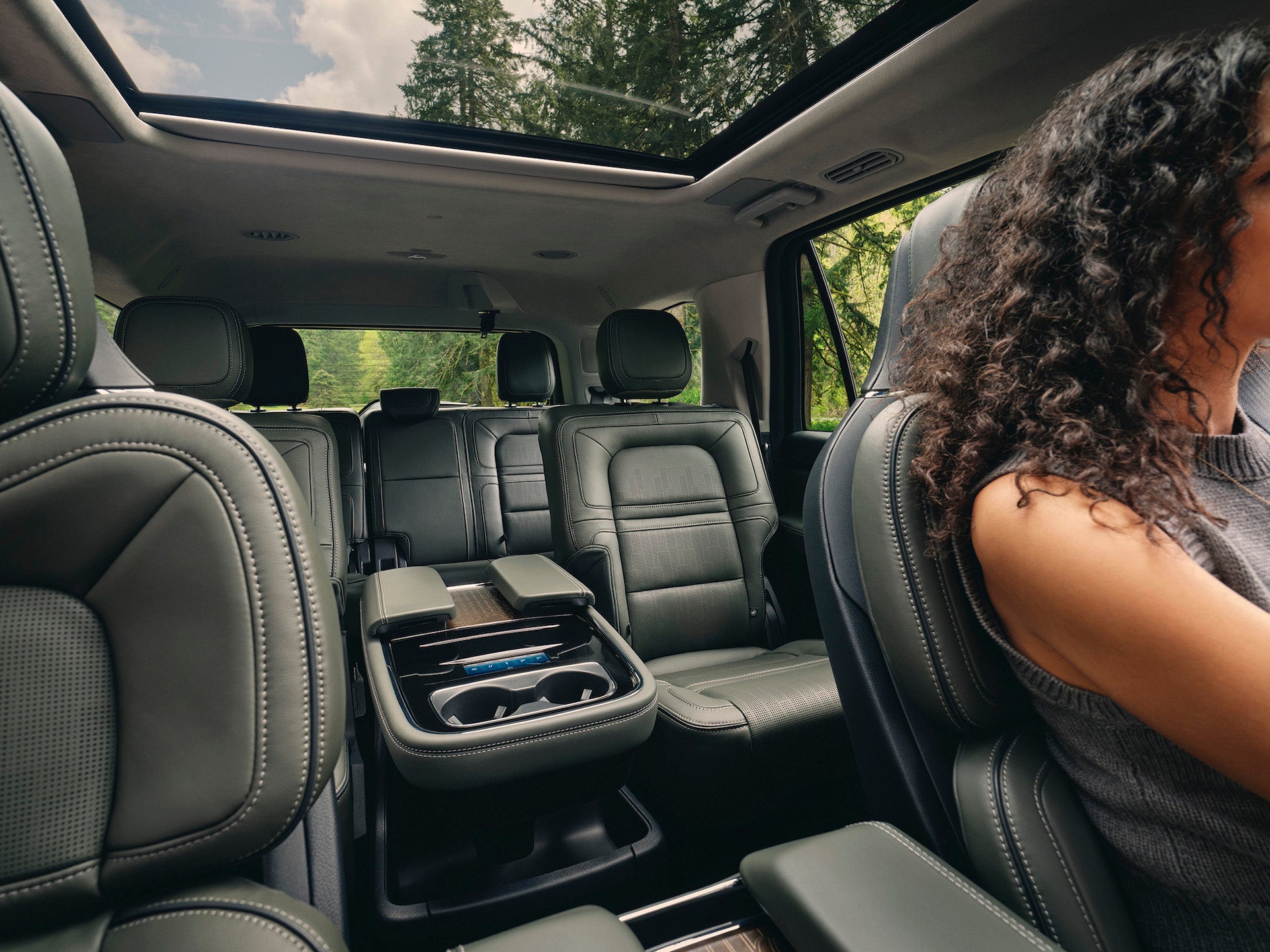 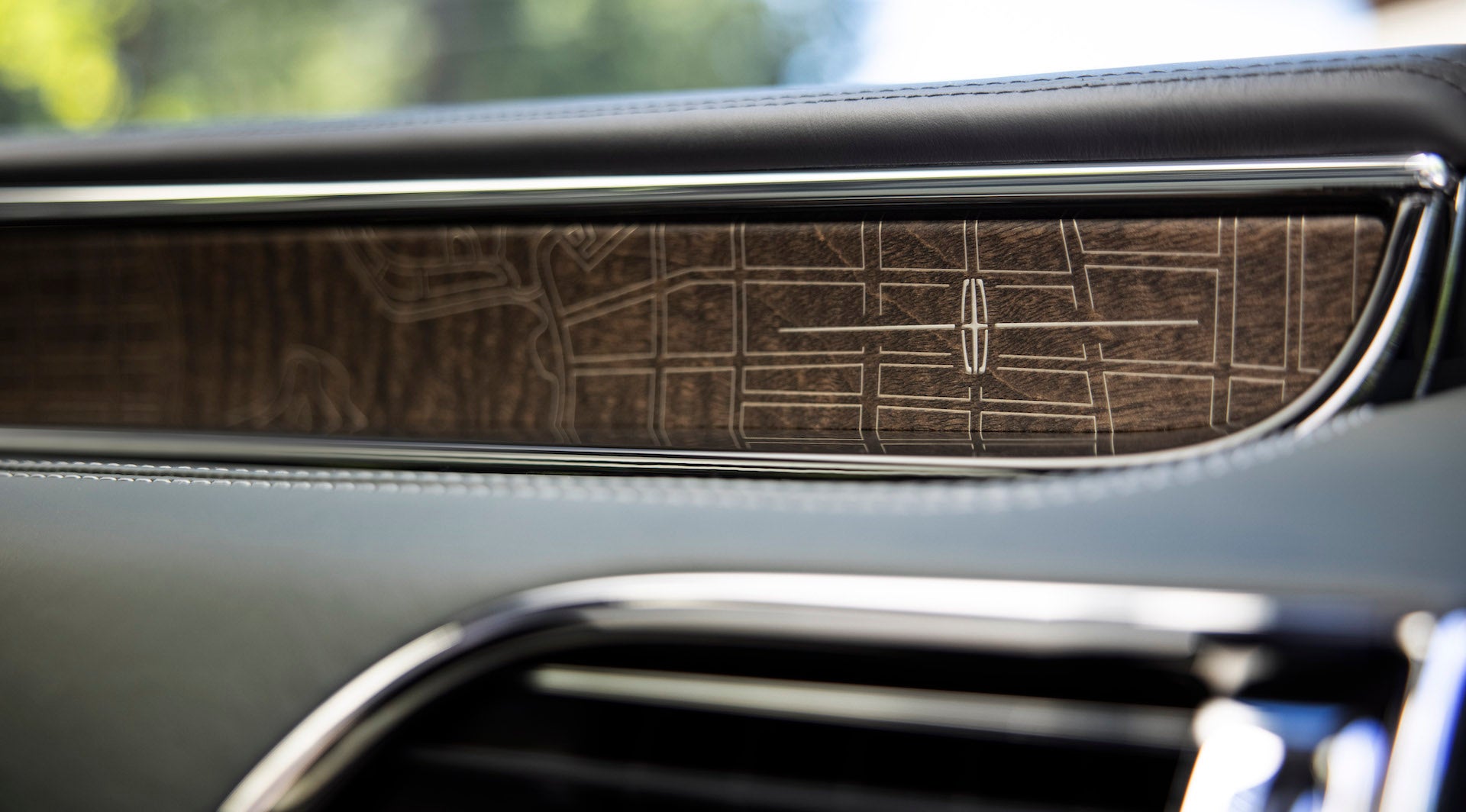 What’s more, a 28-speaker (!) Revel Ultima 3D audio system is responsible for transmitting special chimes recorded by the Detroit Symphony Orchestra that warn occupants of stuff like unbuckled seatbelts and open fuel doors in lieu of the crude bongs, ticks, and beeps that do those jobs in most other cars.

On the outside, the front end has been ever-so-slightly revised with new, standard adaptive pixel projector headlights. Two new Black Label themes are now available: Invitation and Central Park. Lincoln says the latter brings to mind the skyscrapers of New York City and features the paths of the city’s biggest park laser-etched into the dark open-pore walnut trim. 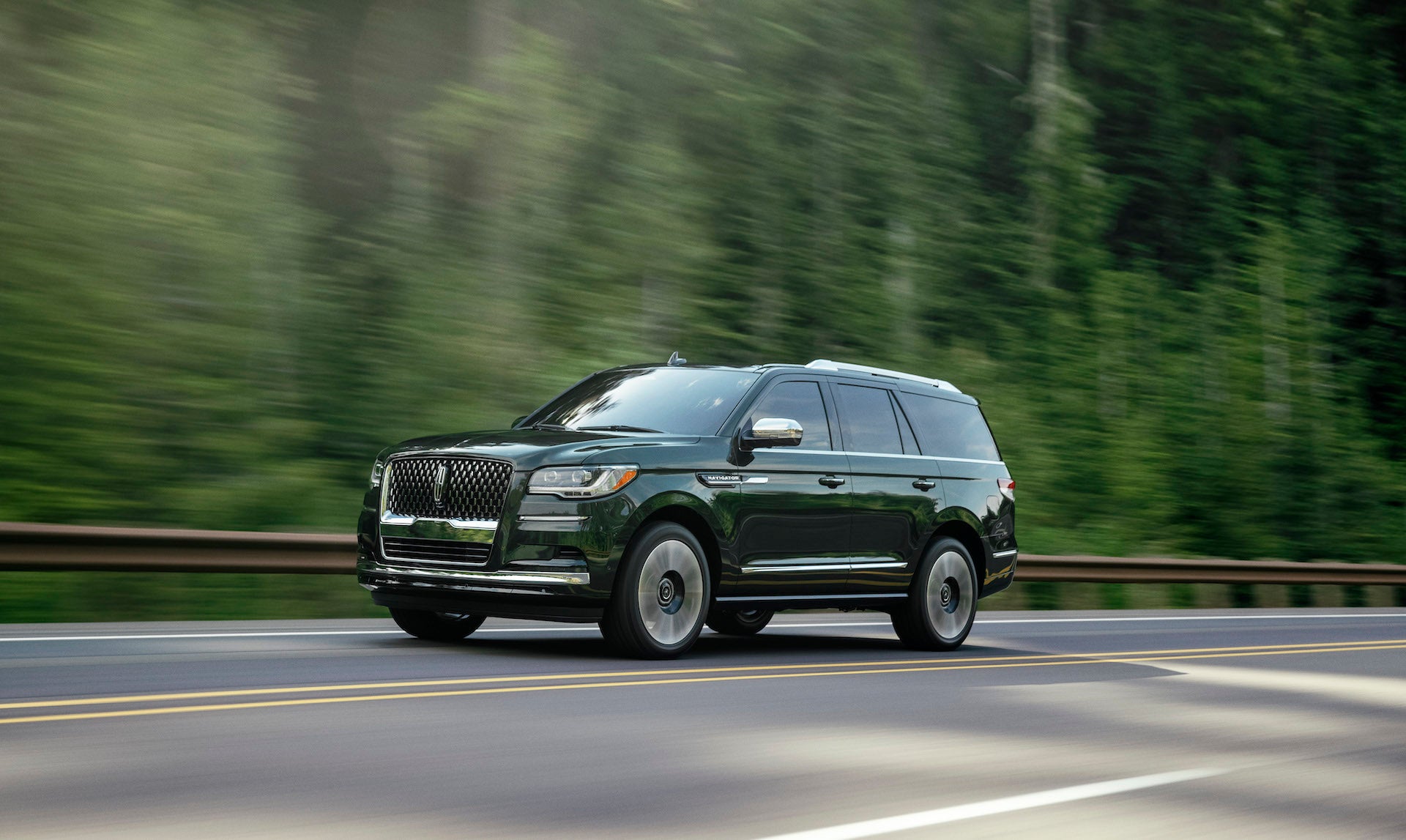 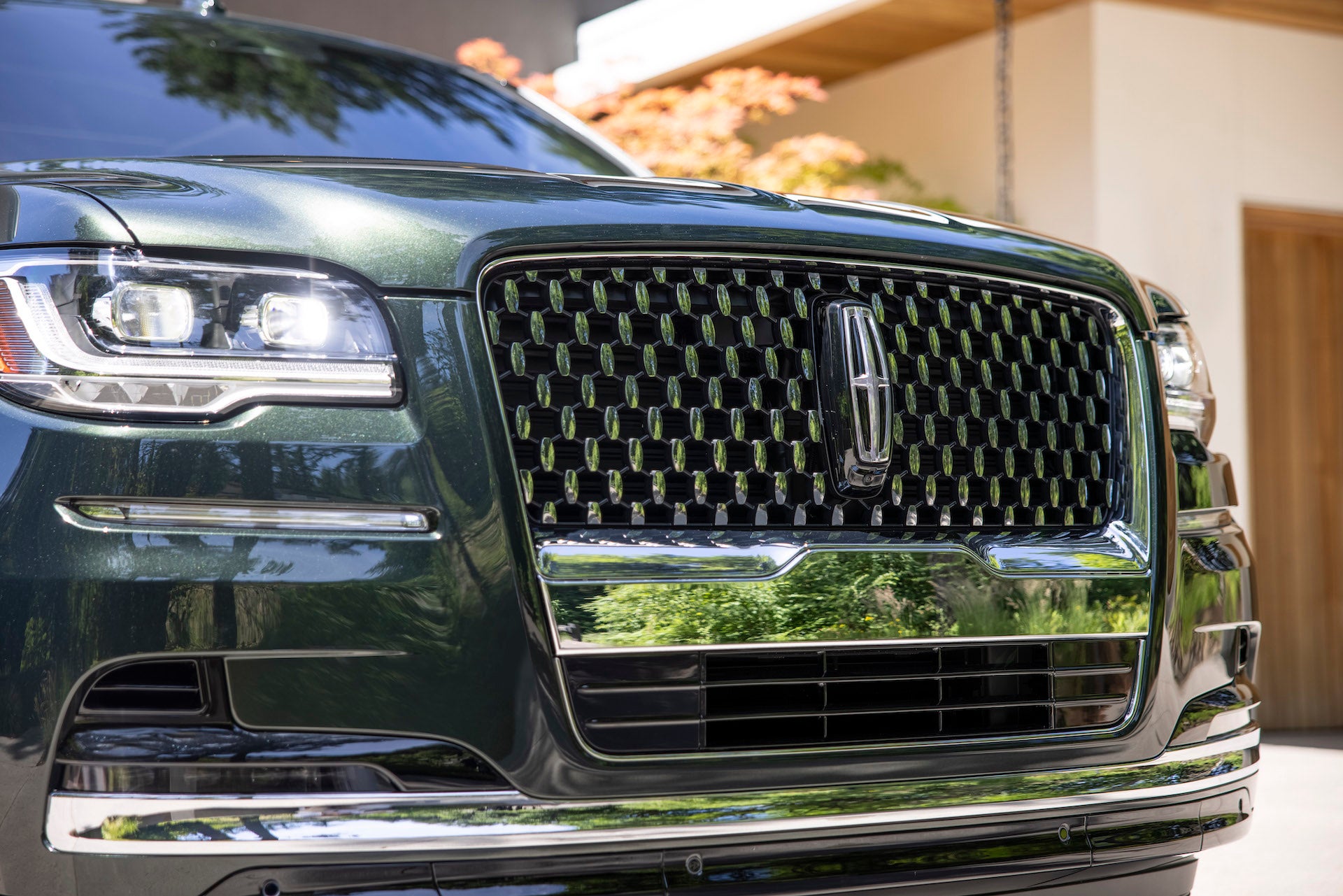 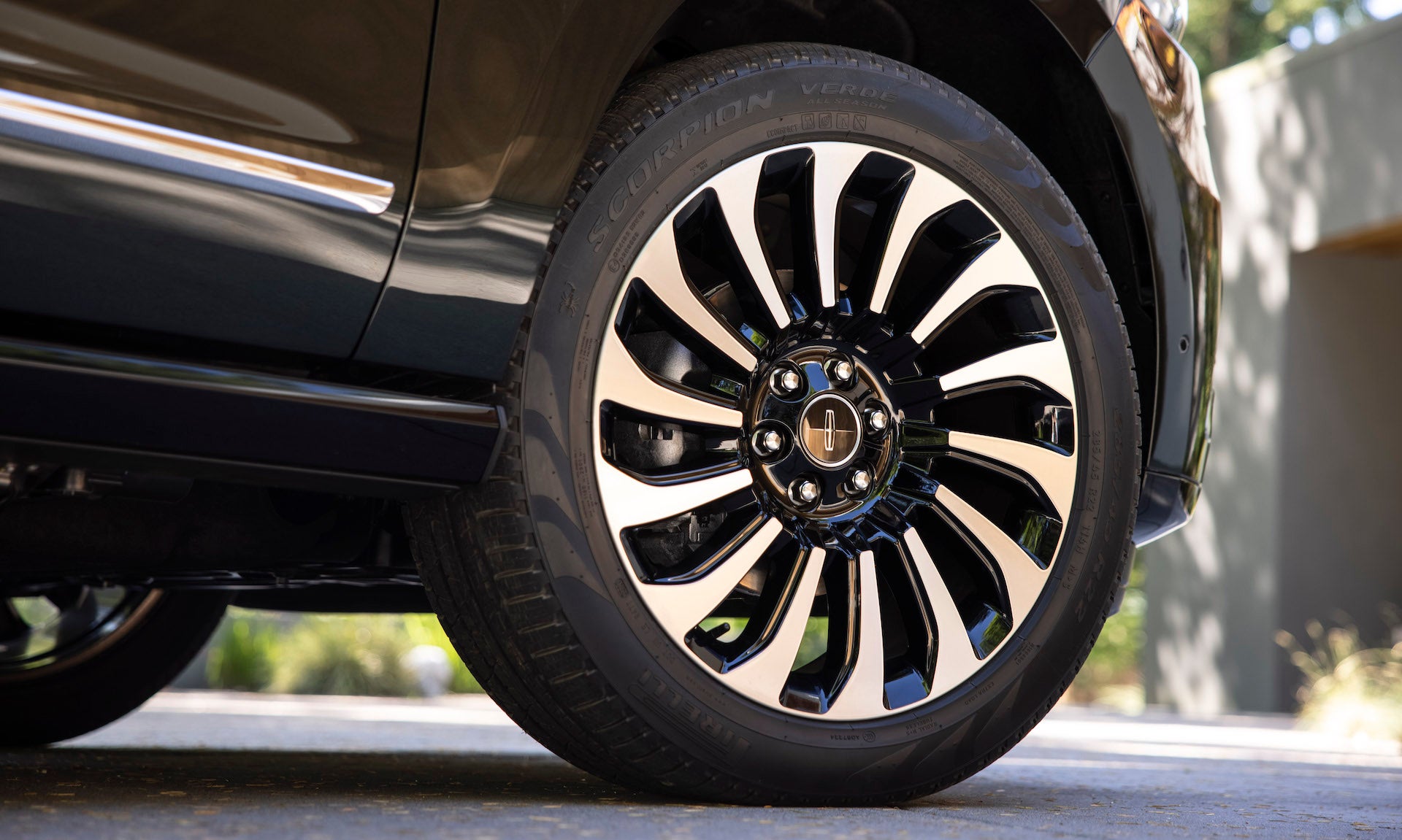 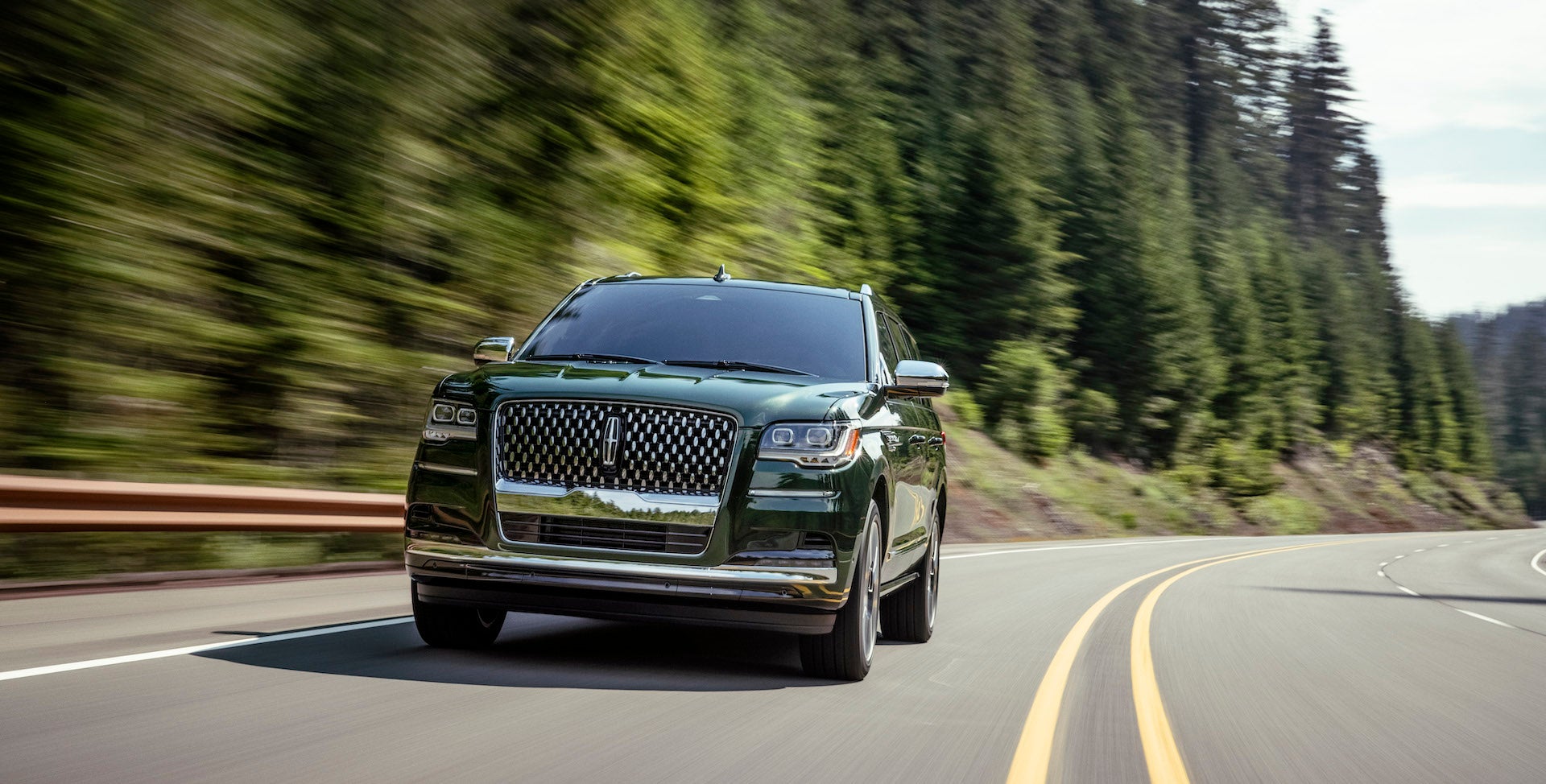 As delightful as all of those touches are, the reworked Navigator does receive a couple of additions that make it better at doing truck and car stuff like Trailer Reverse Guidance that is now bundled with the Heavy-Duty Trailer Tow Package and the newly available Adaptive Suspension with Road Preview that uses cameras to anticipate and better insulate against bumps.

Powered by a 3.5-liter twin-turbo V6 making 440 horsepower and 510 pound-feet of torque, the 2022 Lincoln Navigator will arrive in dealerships early next year.

Got a tip or question for the author about the Navigator? You can reach them here: [email protected]