As promised, Honda has taken the wraps off of the 2022 Civic Prototype as part of a Tuesday night Twitch stream, which should tell you all you need to know about this car’s target audience. Despite the unconventional reveal, the new Civic itself appears to represent a return to the traditional, with a design that’s much more subdued than the model it replaces.

Honda’s redesigned compact borrows some elements from its predecessor such as an eyebrow-area that juts out and a sloping roofline. It also appears to take inspiration from more prestigious sedans in the Honda lineup, such as a profile heavily reminiscent of that of the Accord as well as a longer hood and pushed-back greenhouse making for luxury-car proportions similar to the new Acura TLX. 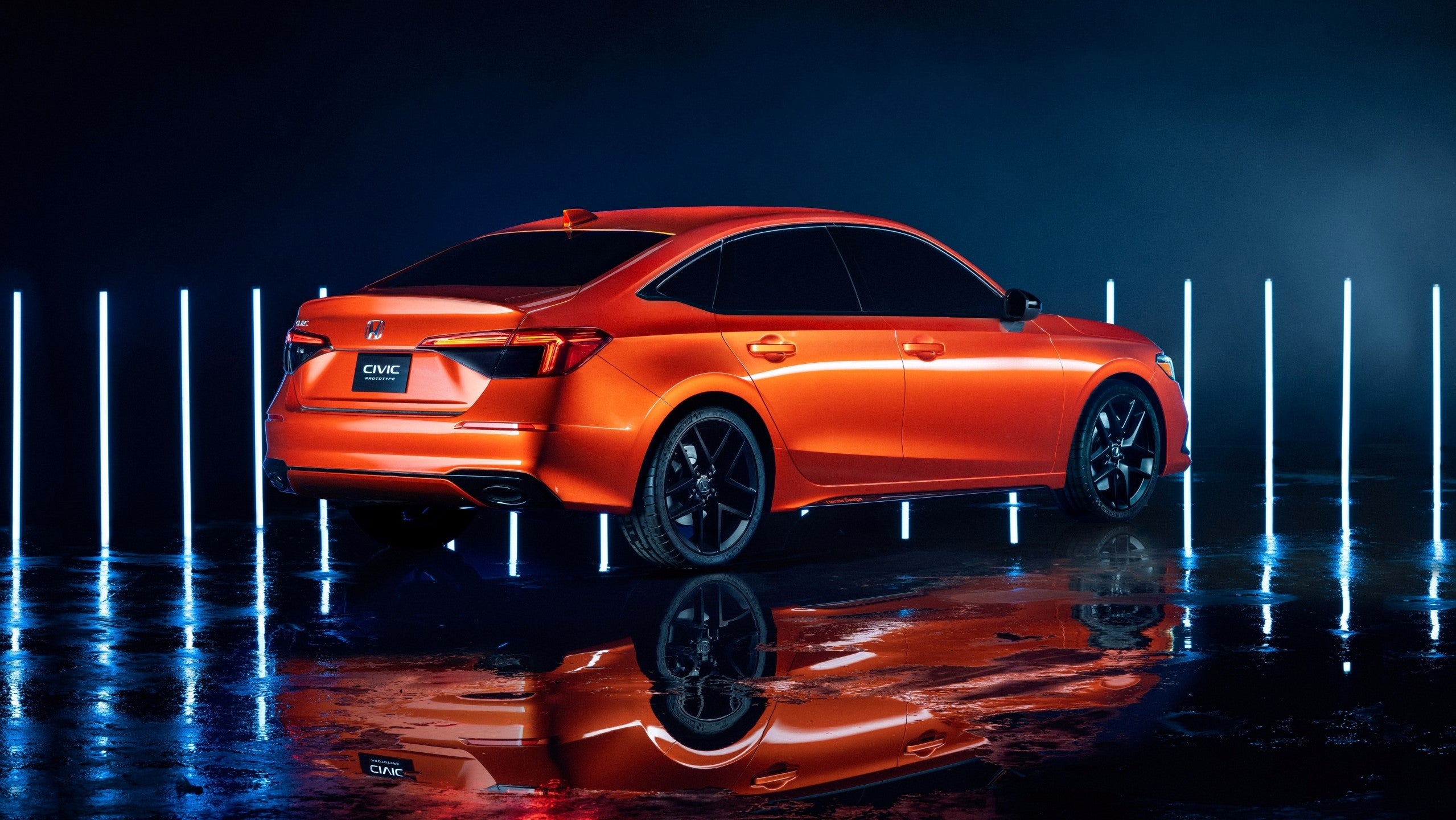 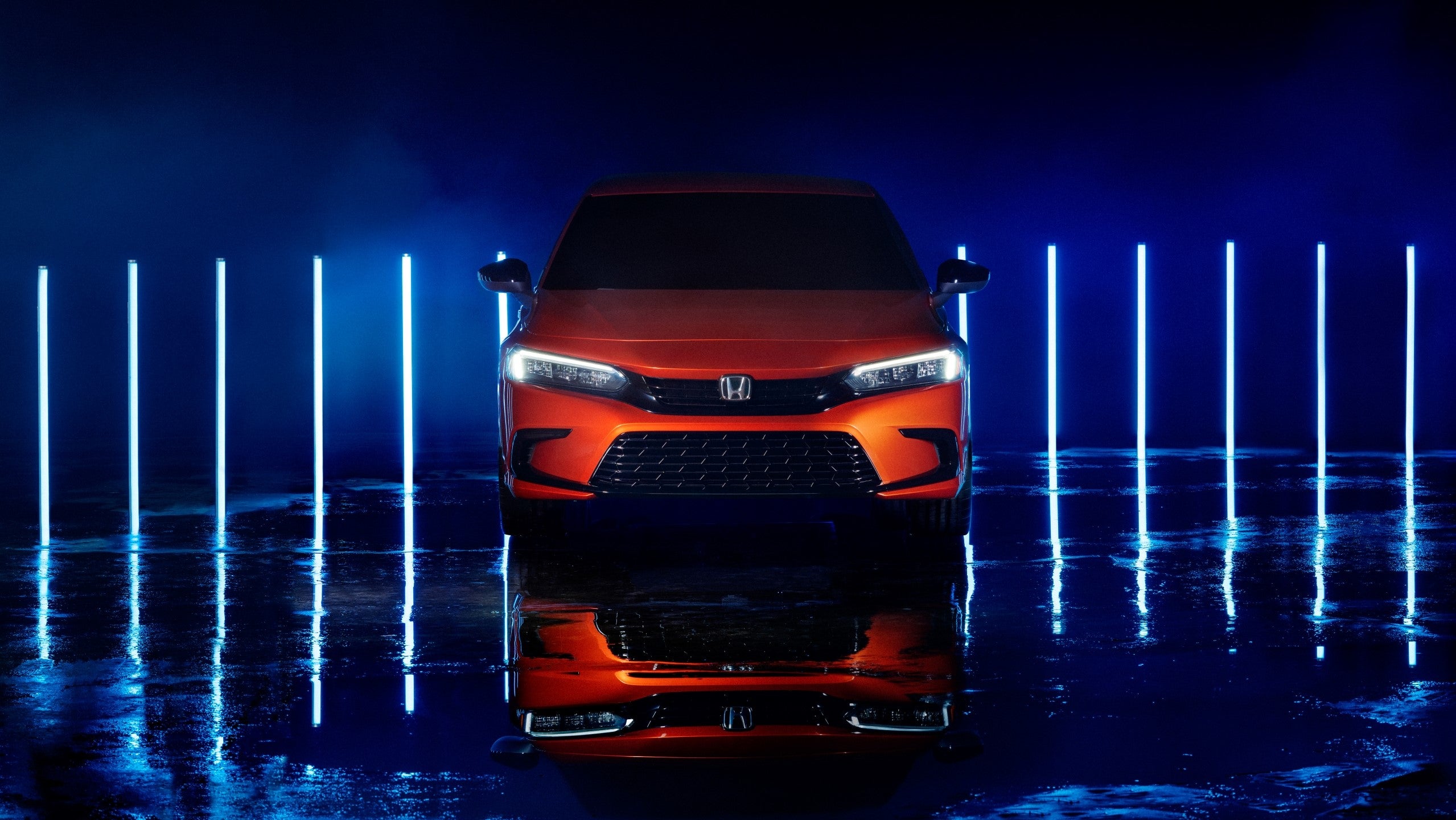 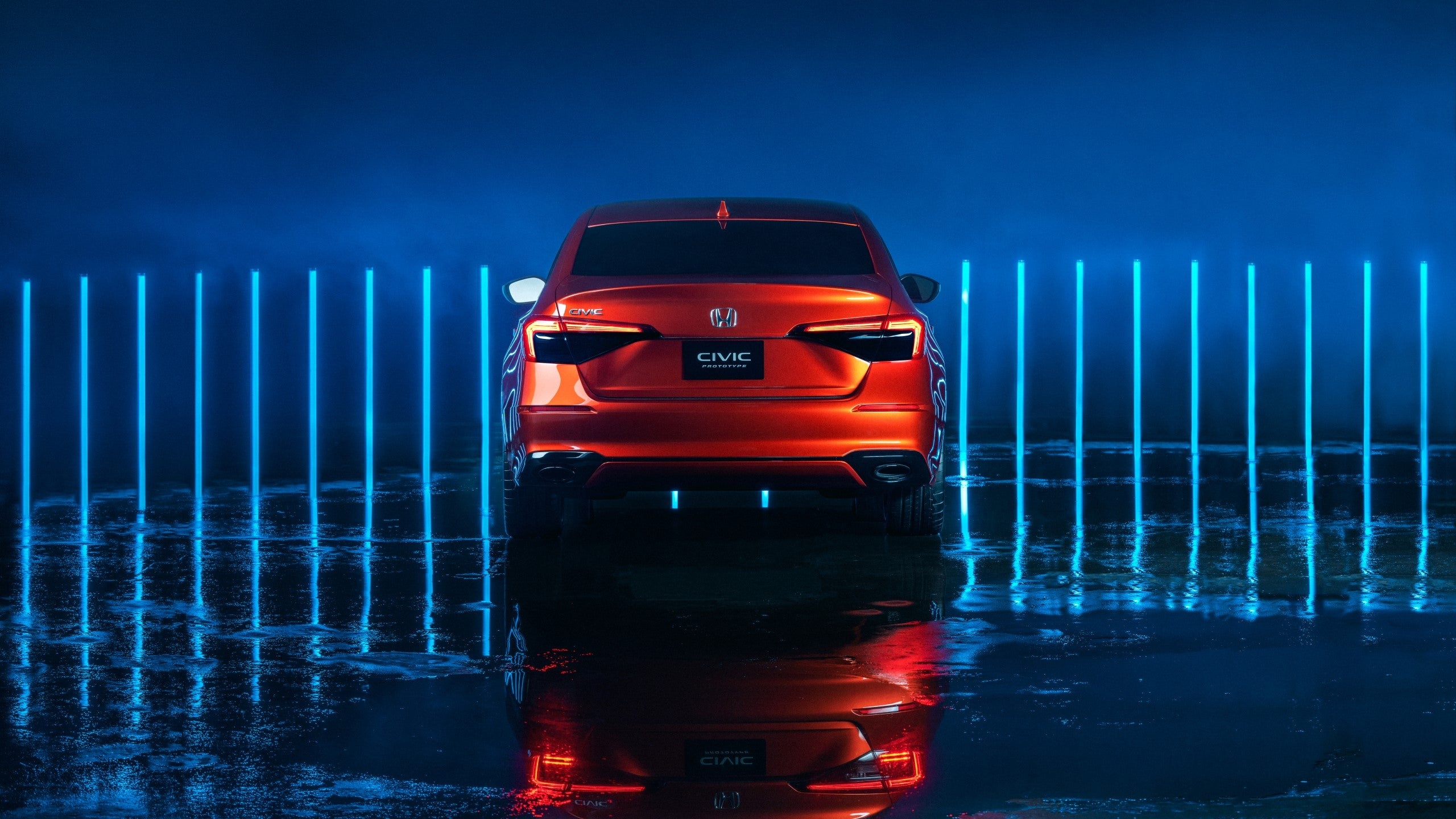 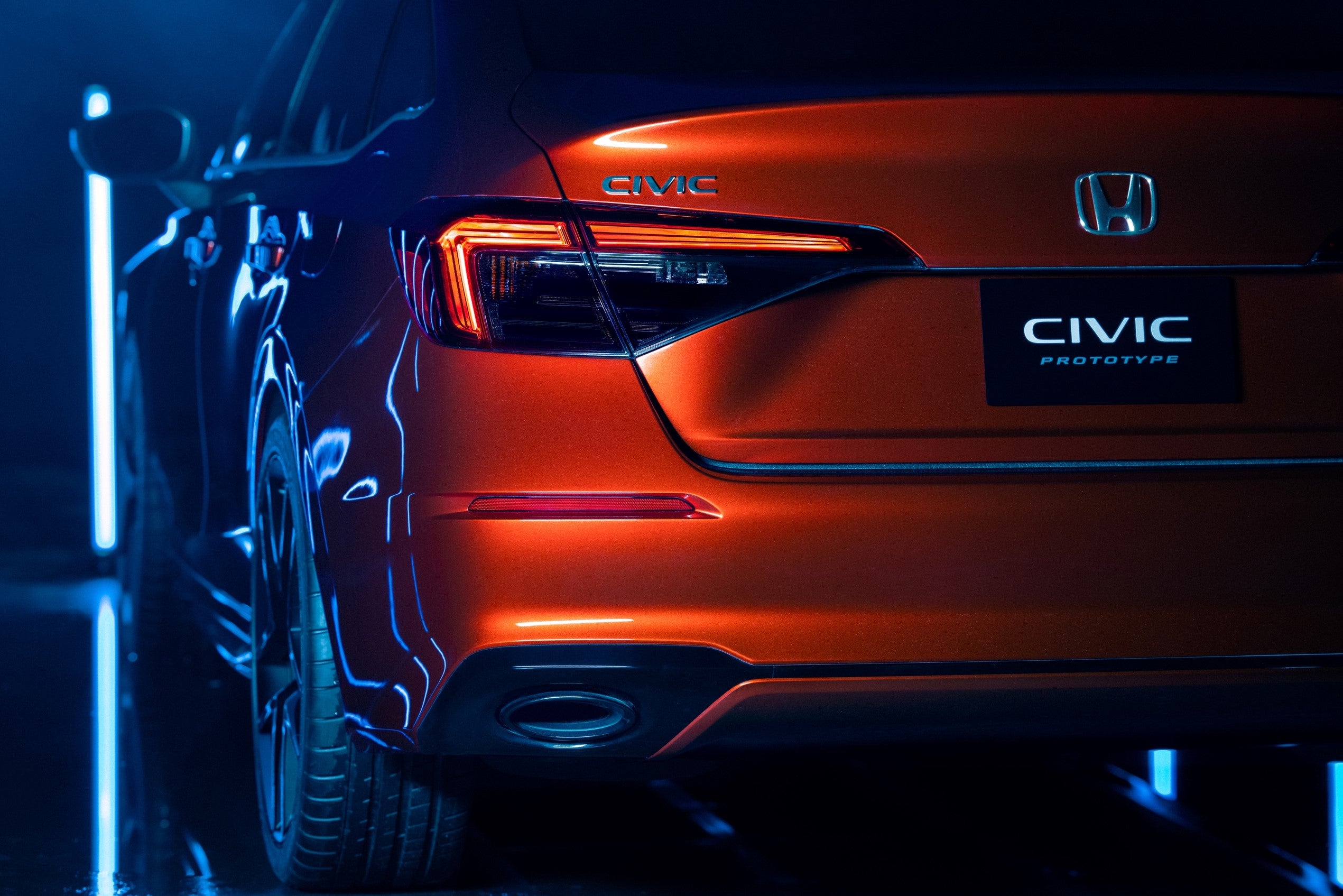 While the orange Prototype you see here previews the upcoming Civic Sedan, Honda has confirmed that Hatchback, Si, and Type R variants will be joining the lineup as well. Nowhere in Honda’s literature, however, did it make any mention of a Coupe. Sounds like the two-door Civic will be going the way of the Accord Coupe after all. RIP.

Naturally, Honda says this new chassis is sportier than the last one and will be paired to more powerful and fuel-efficient powertrains. Also par for the new-car course, it’ll feature more tech and creature comforts such as an all-digital instrument cluster, a nine-inch infotainment touchscreen, upgraded Honda Sensing assisted-driving capabilities, and “multiple new airbags.” 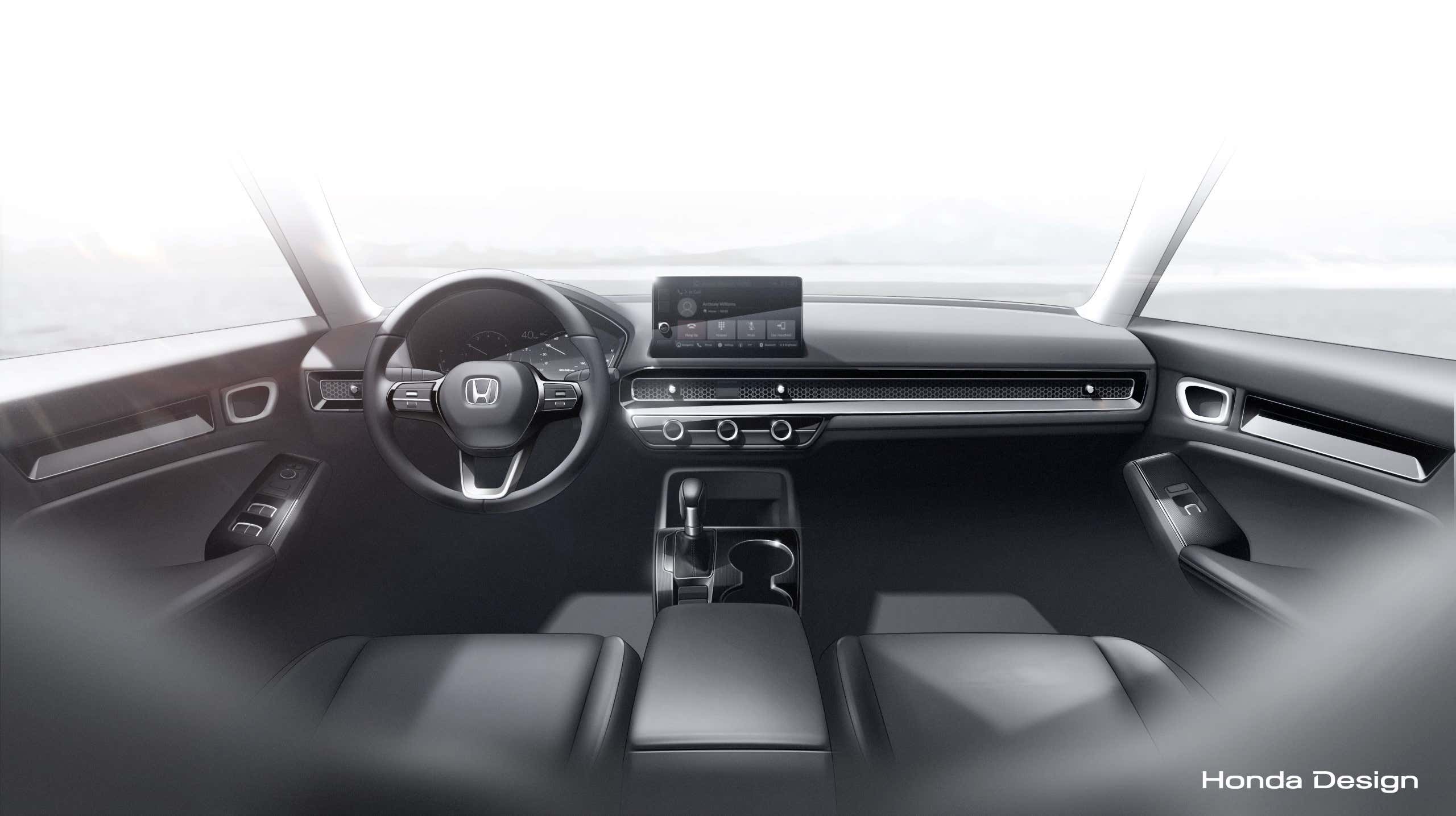 A single sketch is all Honda has revealed so far of the Civic Prototype’s interior but we can already tell the new Civic’s cabin will follow in the exterior’s footsteps in making a fairly dramatic turn to subtlety. It’s mainly simple right-angles, minimalism, and clean lines, giving off fairly strong Honda e vibes. Note the honeycomb mesh that stretches across the dash, elegantly incorporating the air vents.

Hondas are already known for having thin A-pillars and being easy to see out of but the new Civic makes improvements in that department still, the company says. As a byproduct of having a pushed-back greenhouse, the A-pillars now also sit farther back, putting them closer to the edges of the driver’s line of sight. The side mirrors are now mounted lower on the door itself for even better visibility. 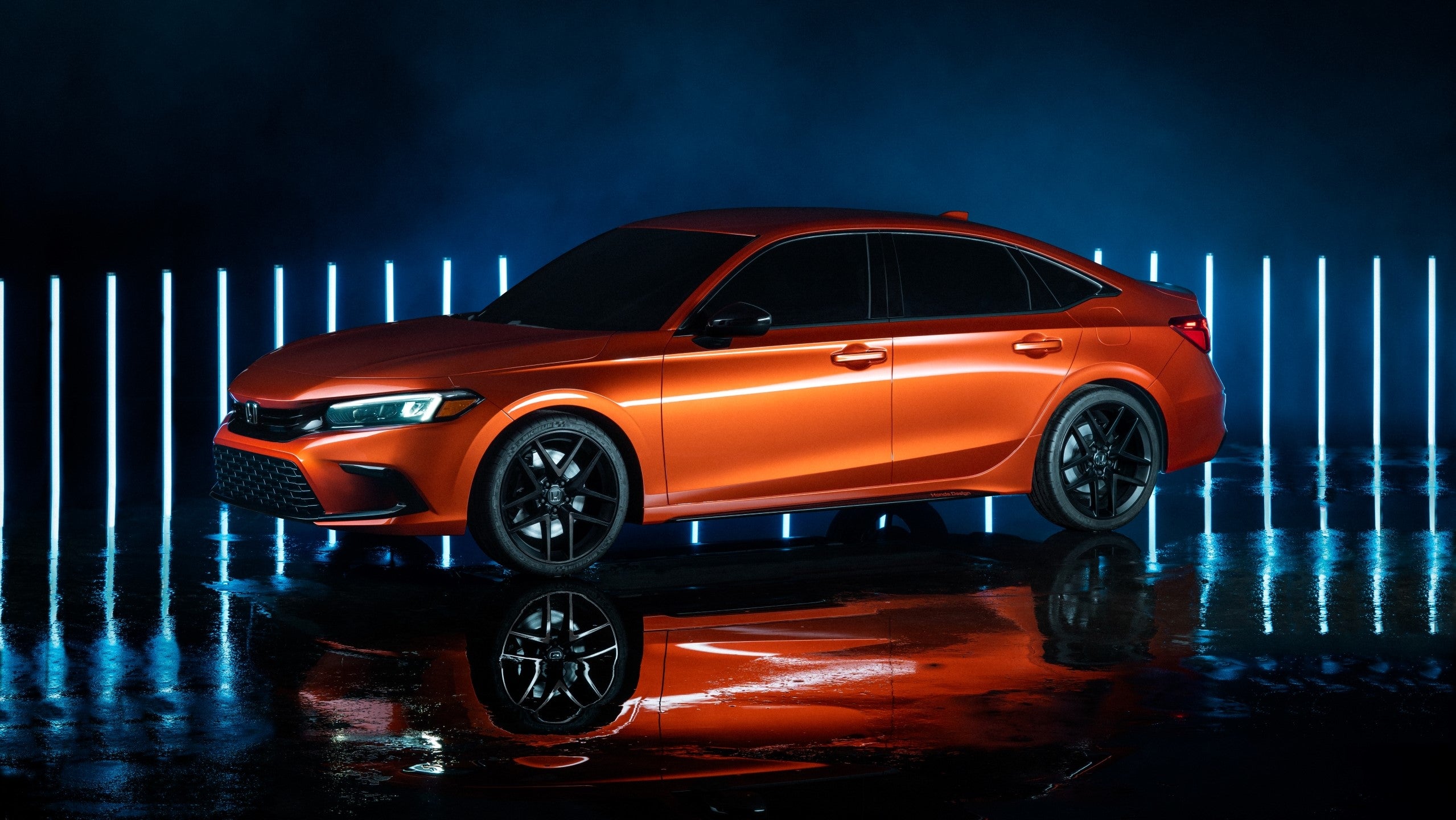 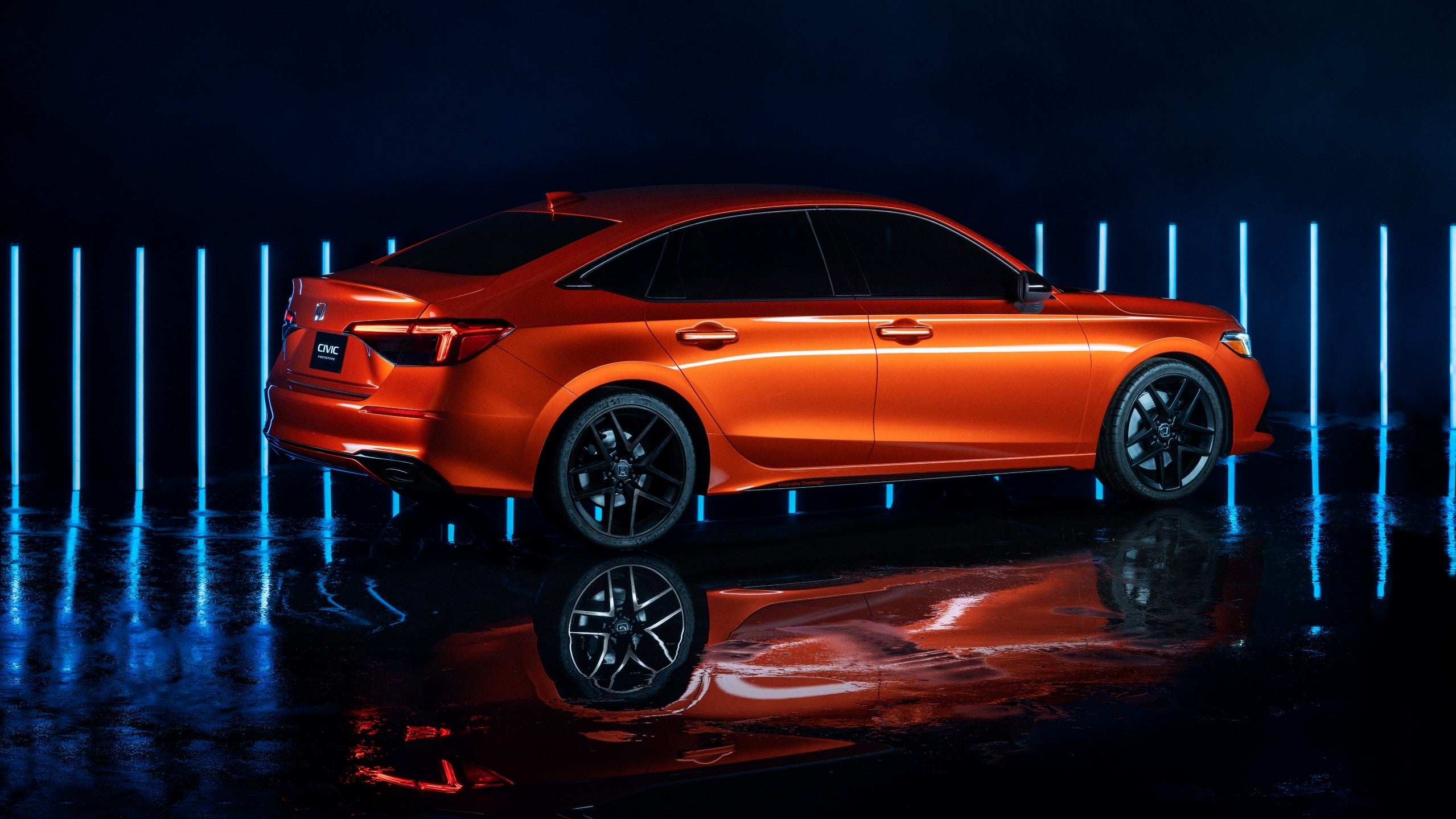 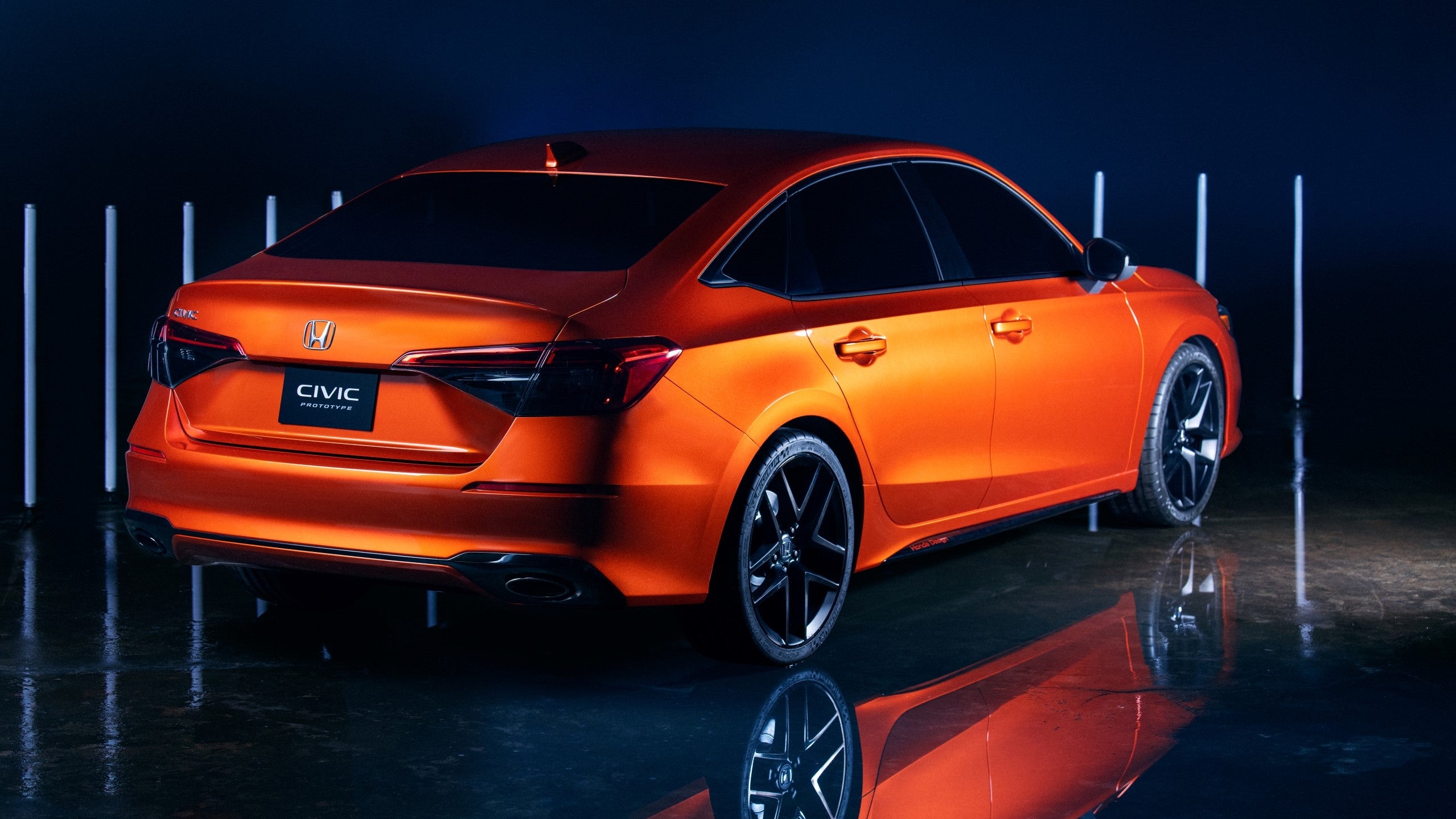 When the production-ready 2022 Honda Civic arrives in late spring 2021, it’ll continue to be built in North America with assembly duties split between two plants: one in Greensburg, Indiana, and the other in Alliston in Ontario, Canada. With Honda’s Swindon, U.K. plant previously responsible for building the Civic Hatchback set to close next year, five-door versions of the next-gen Civic will be made in Greensburg.