Almost exactly a year ago now, BMW introduced us to the BMW Concept i4, a radical new design meant to bring the Bavarian sport sedan into the era of electric driving. Although that feels like 10 years ago now for various reasons, the production i4 is upon us now, and in true BMW fashion, the production model hewed closely to the concept. Meet the 2022 BMW i4, an EV that may make you rethink your next M3 purchase.

That’s because BMW says it has a power output of 530 horsepower and does the zero to 60 mph dash in just four seconds. Additionally, the automaker says it can get up to 300 miles of range on the EPA testing cycle, although those are unconfirmed preliminary estimates. Cliché as the concept of a “Tesla-fighter” is, this electric sedan is BMW’s clearest shot at the Model 3 and Model S yet. 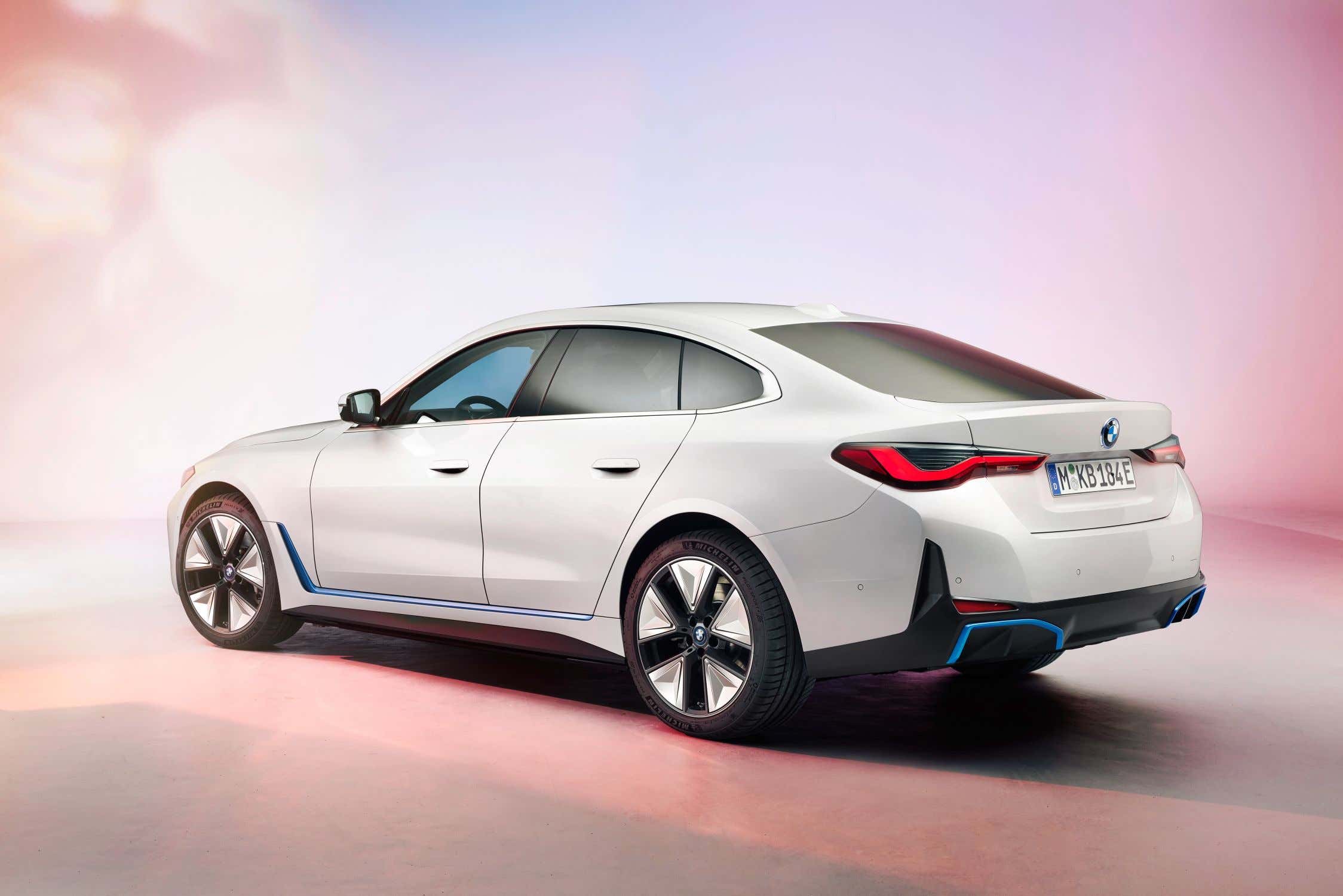 A bit of backstory may be helpful here. BMW’s “i” subbrand came out of the gate hot at the beginning of the last decade with the striking i3 city car and i8 sports car. Both were fascinating experiments, commendable forays into the electrified premium car market that’s now all the rage.

But they both failed to deliver on several fronts—the i3 with its disappointing range, and the i8 with performance not on par with similarly priced rivals. The i subbrand went through a few years of an internal identity crisis, alternating between various new concepts and rumors of a pivot to autonomy instead. 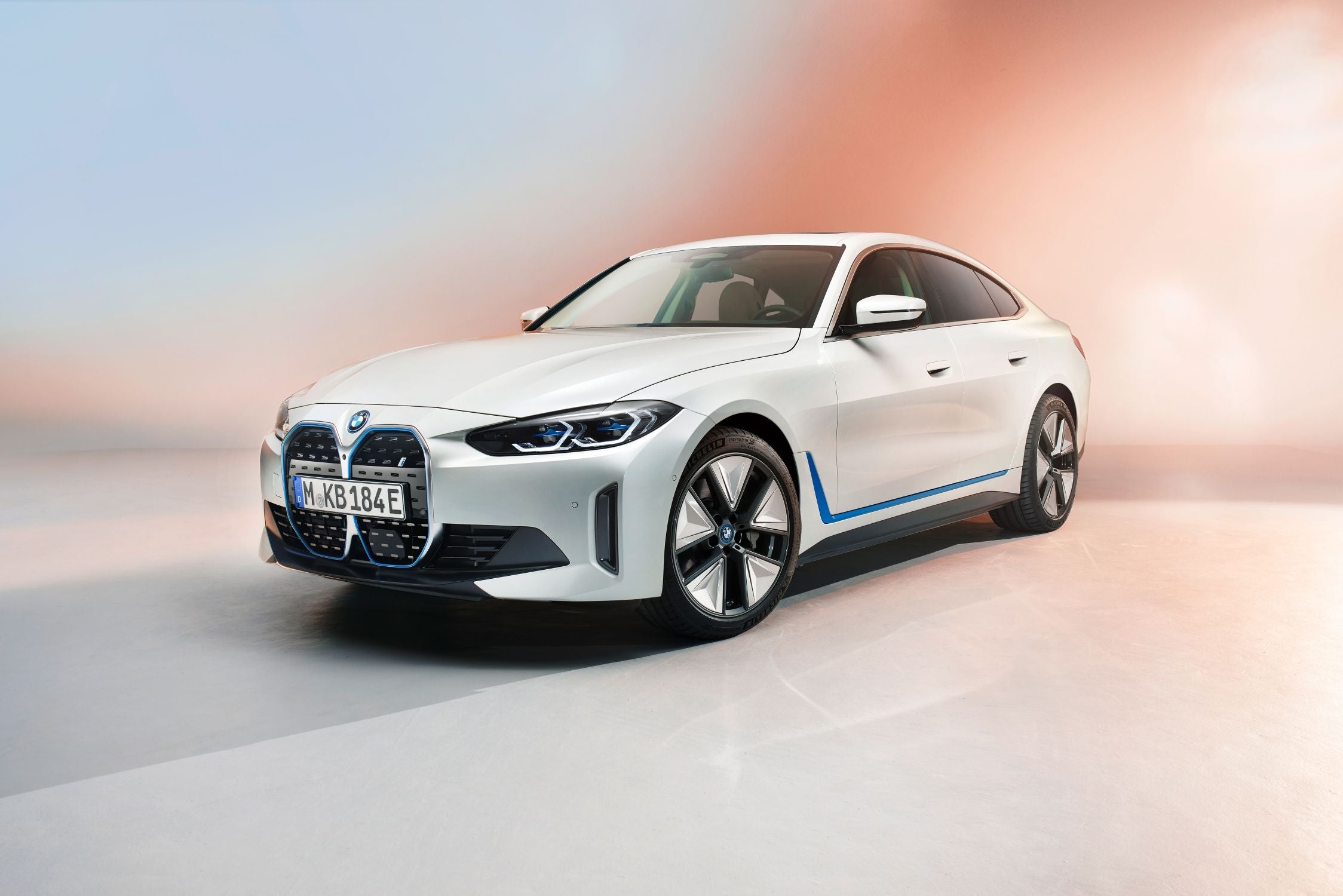 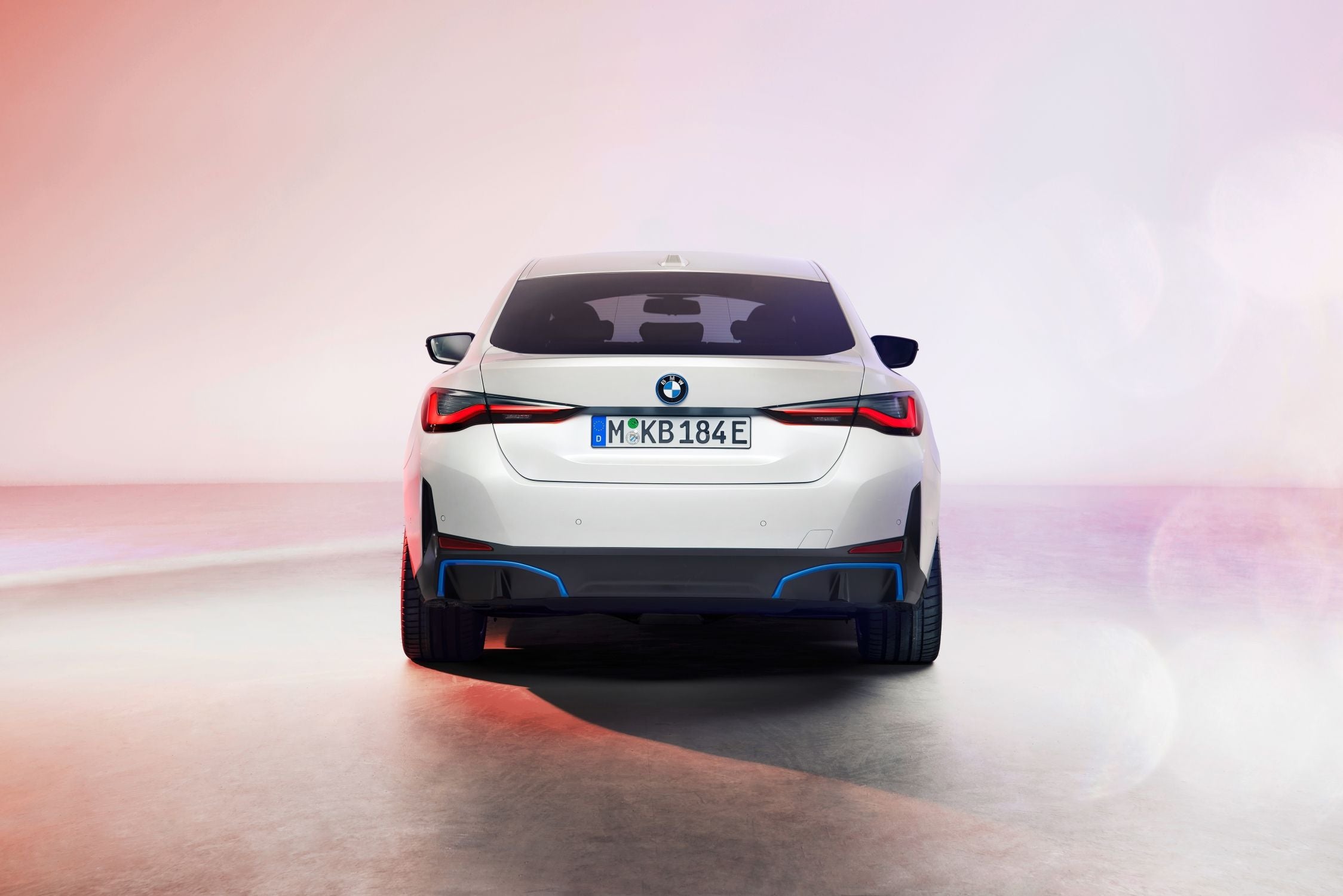 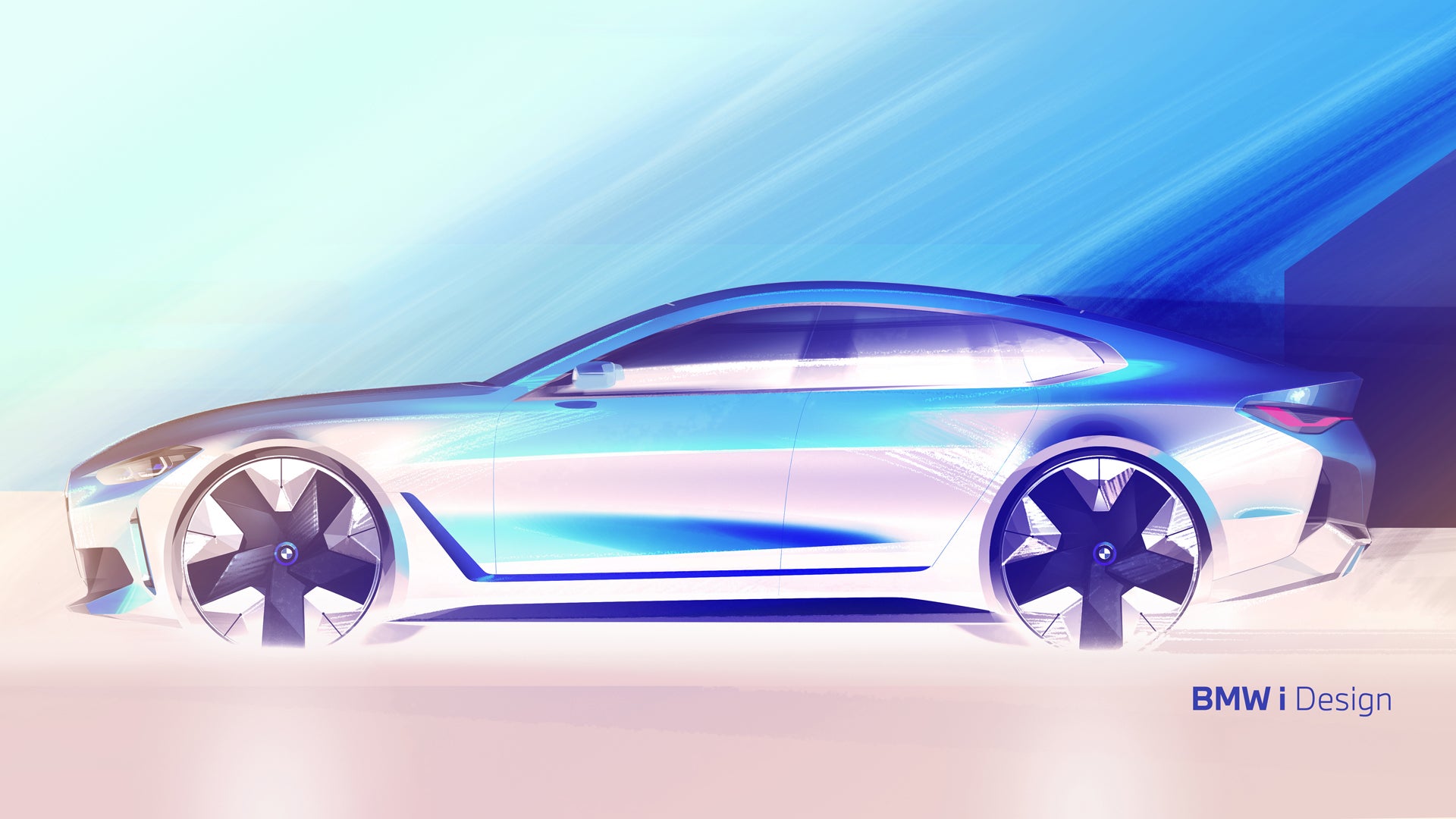 Now, BMW seems to be taking the same approach to the electric car game as most other automakers: make more normal cars. The next generation of i cars will be the BMW iX crossover and this sedan, and both look and perform pretty close to a regular BMW. They just happen to not use any petroleum. 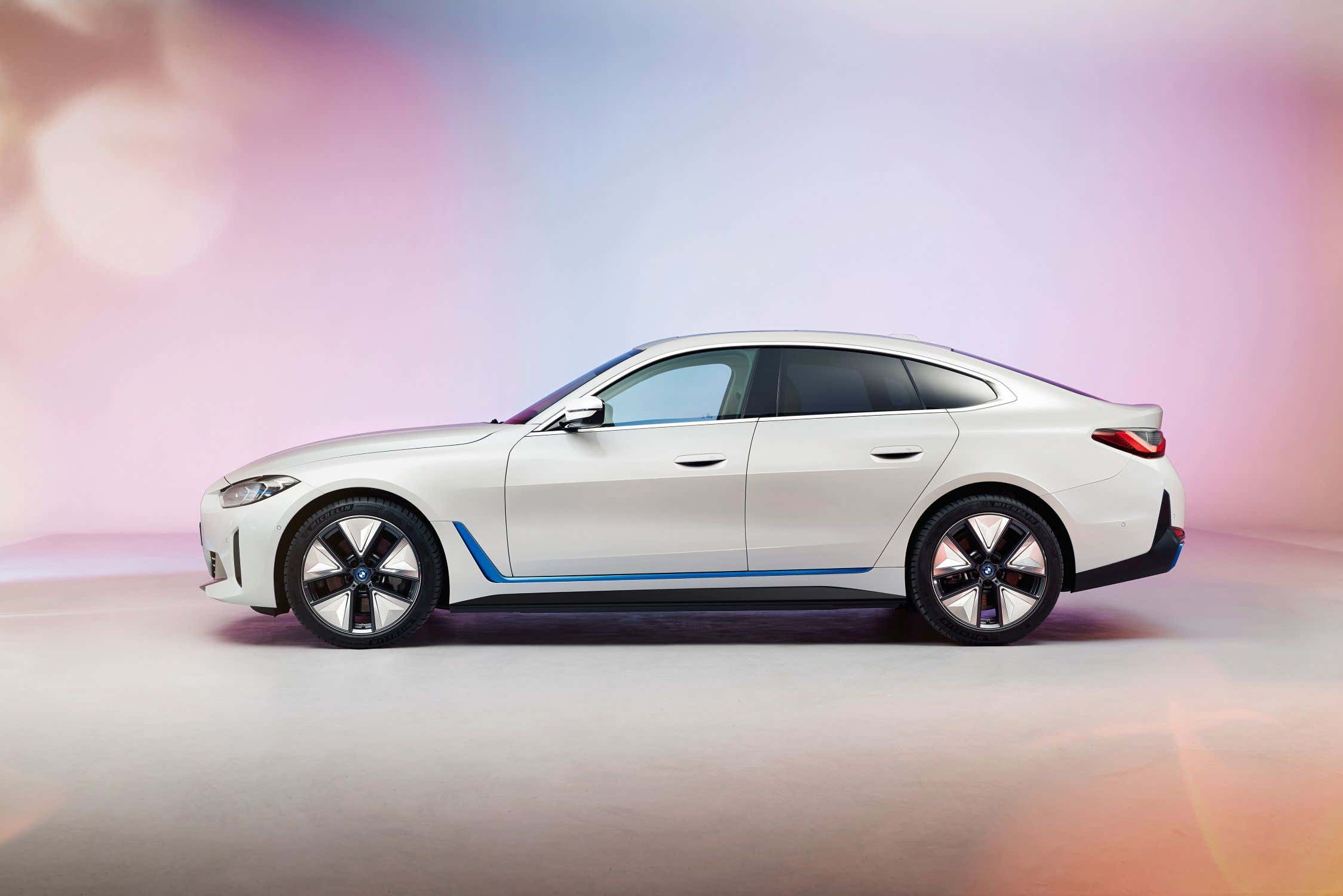 So far, beyond power output and estimated range, details about the BMW i4 are pretty scant. The automaker says “its refined balance of BMW typical sportiness, comfort and sustainable performance are unique in its segment,” and that if those things aren’t enough for you, an M Performance model is coming too.

We do know it’s heavily related to the next-generation 4 Series Gran Coupe, so if you like this design, it should have a more conventional cousin if that’s your jam. The wheels, blue accents and other details are unique to this design, and for some reason, that new BMW grille looks less egregious in electric form. I’m not quite sure why, but it works better here somehow. 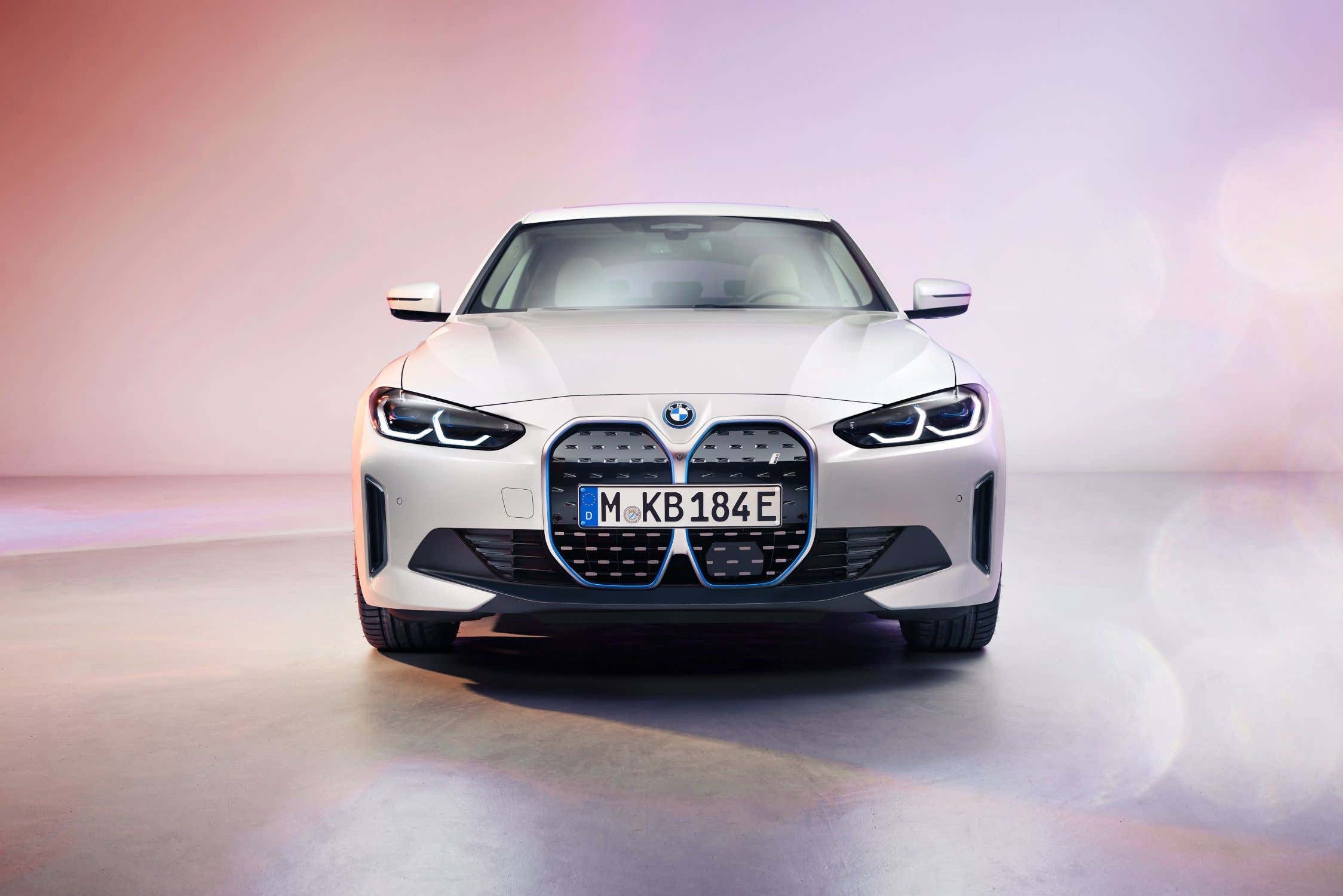 Expect more details, including interior, pricing and powertrain information in the coming weeks. For now, this and the iX are a good indication of where BMW intends to go next with electrification, and both seem a lot more likely to end up in your average luxury buyer’s driveway than an i8.