Alongside the refreshed Kicks, Nissan is revealing the facelifted 2021 Armada, a full-size, body-on-frame SUV that now features more tech, slightly more power under the hood (provided you spring for premium gas), and a styling revision. As we already saw in last week’s teaser, the 2021 Nissan Armada’s cosmetic changes put its design in line with the new Rogue. Sporting a more squared-off look inside and out, pretty much everything forward of the A-pillars is new. It also gets new taillights, a different rear bumper, and one new color option, Coulis Red Pearl. Notably, the updated Armada is also the first U.S.-market production car to carry Nissan’s new corporate badge.

When we asked Nissan why the entry-level 2021 Kicks did not receive the fresh logo, the company said it wanted to debut the new emblem on its flagship SUV and eventually trickle it down to less prestigious products like the Kicks rather than the other way around. 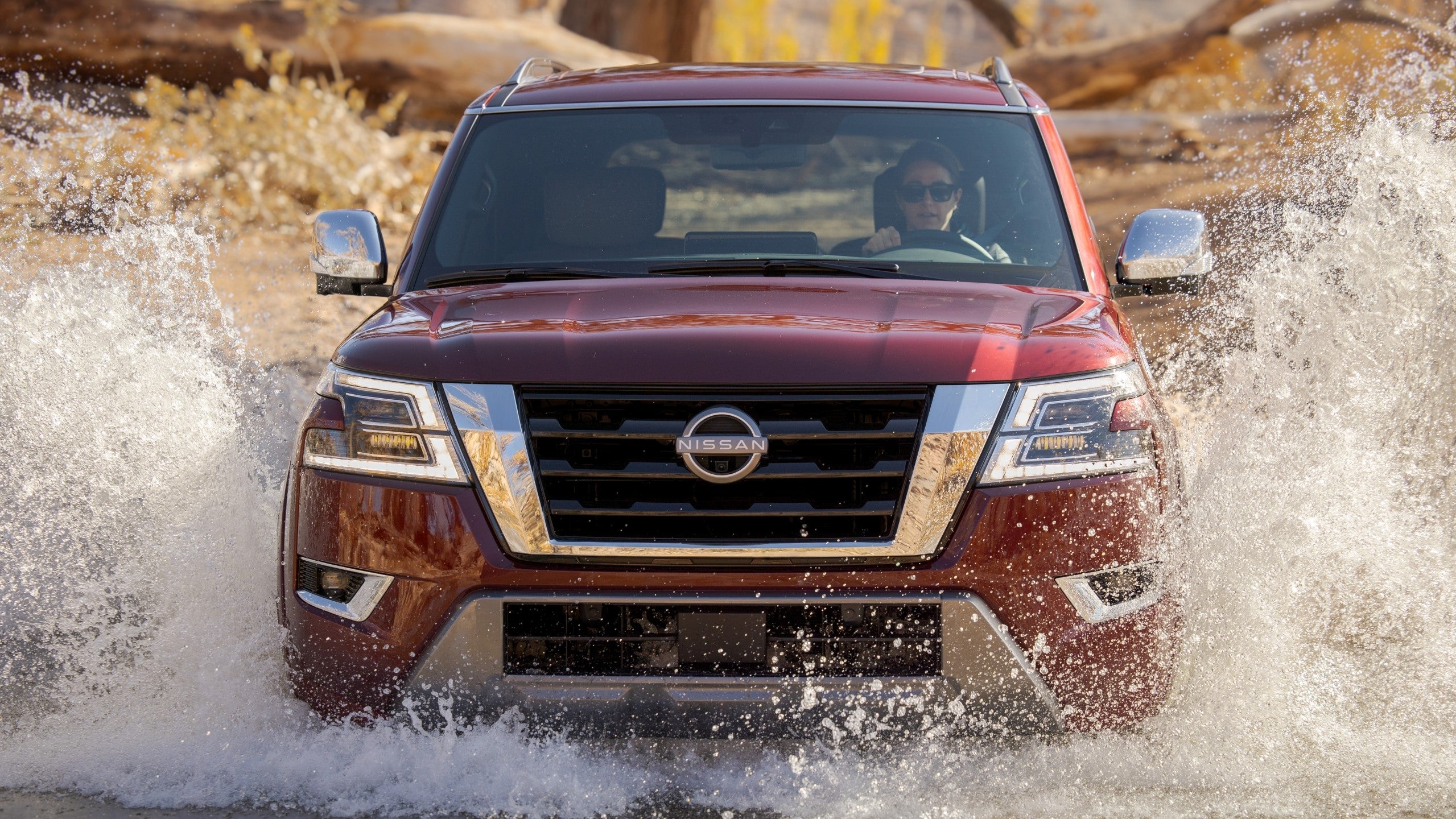 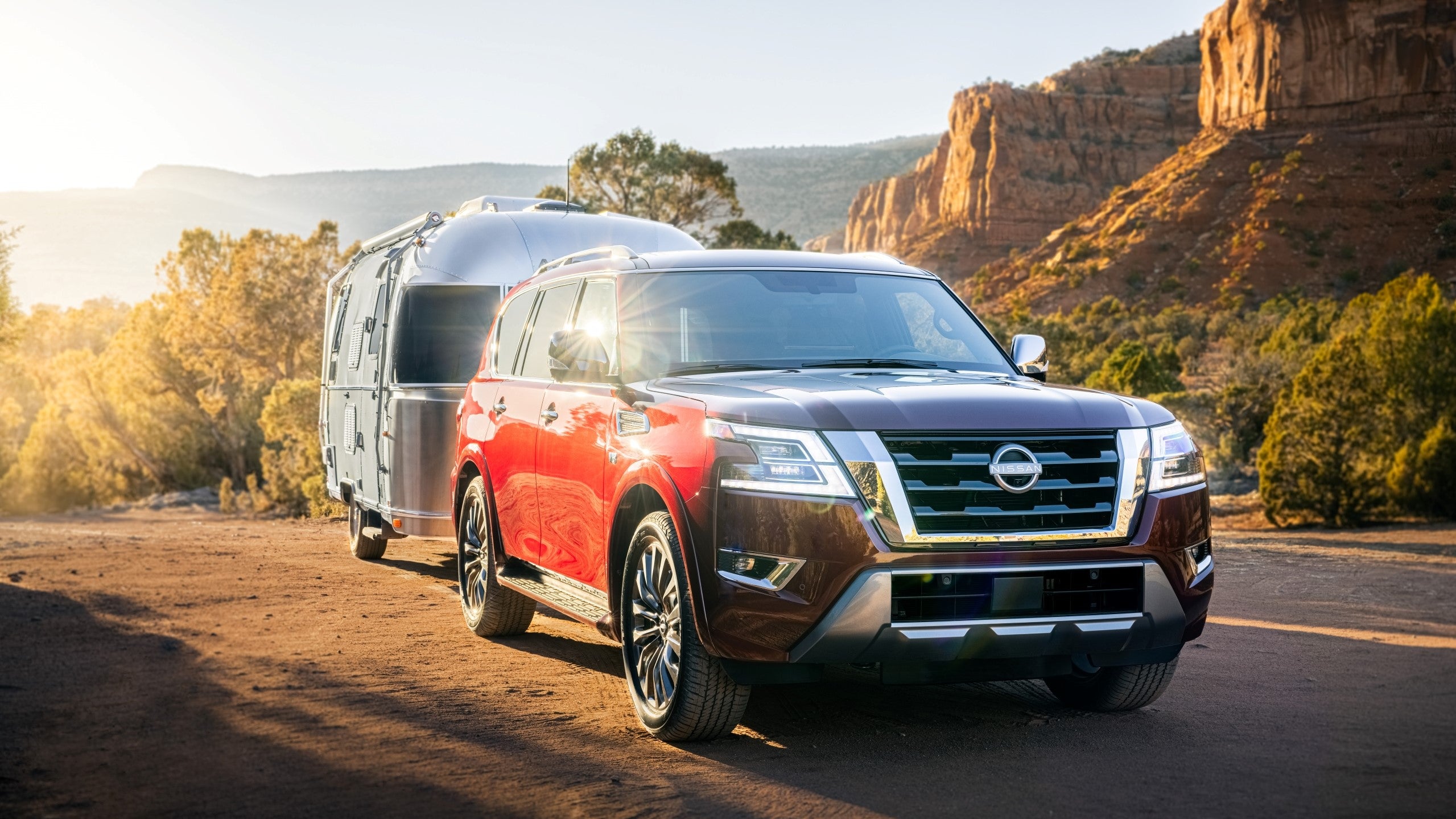 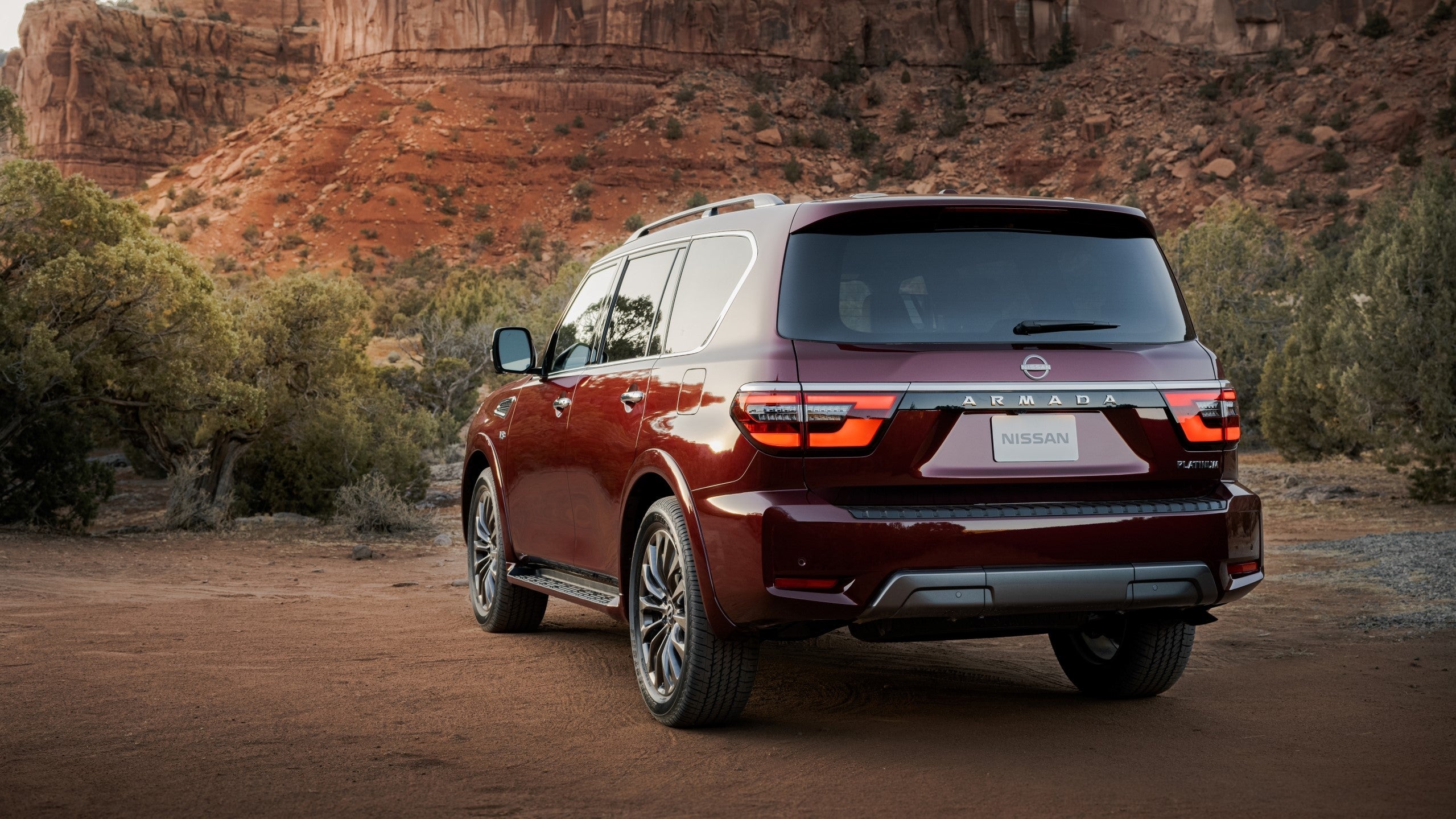 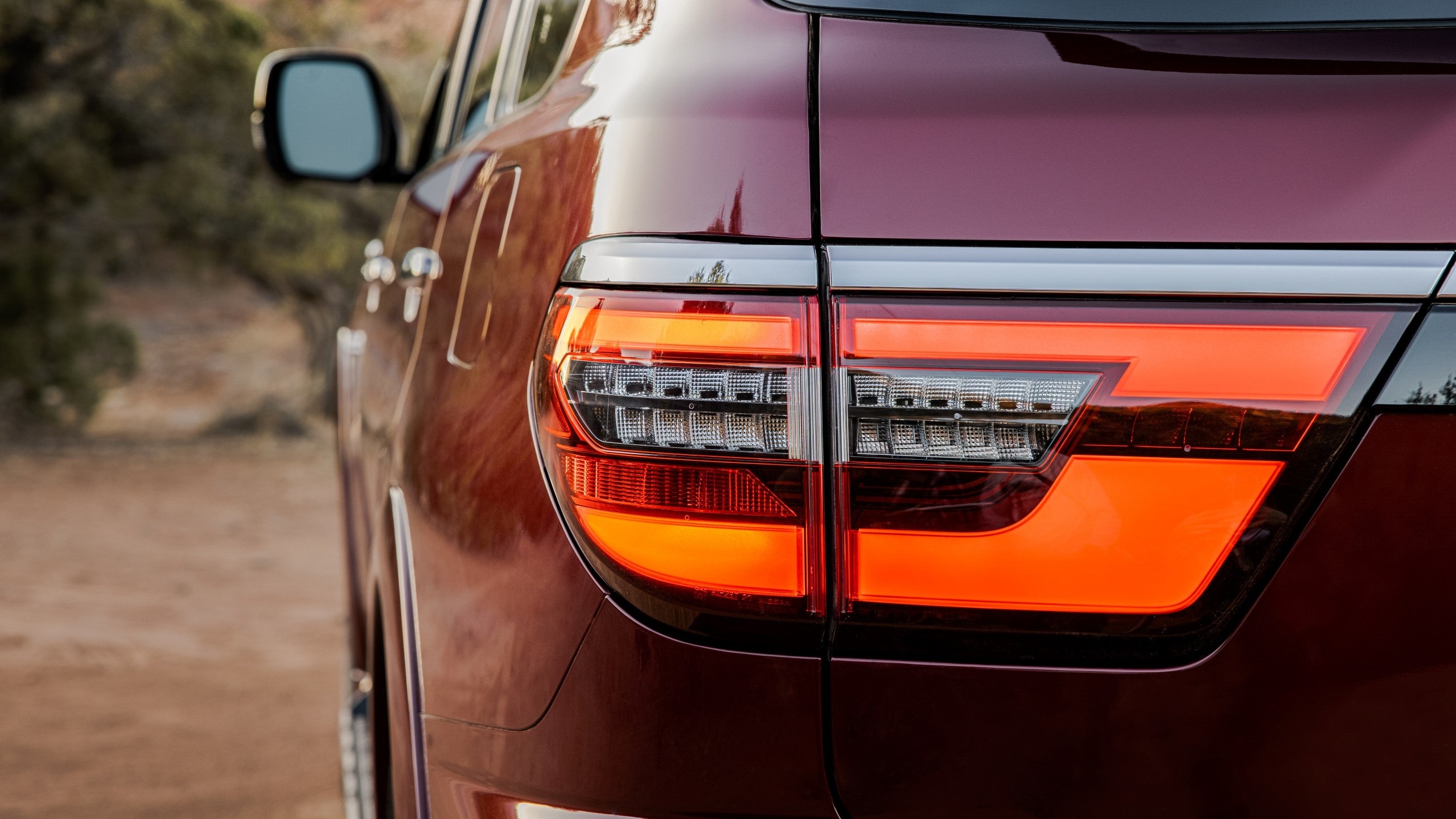 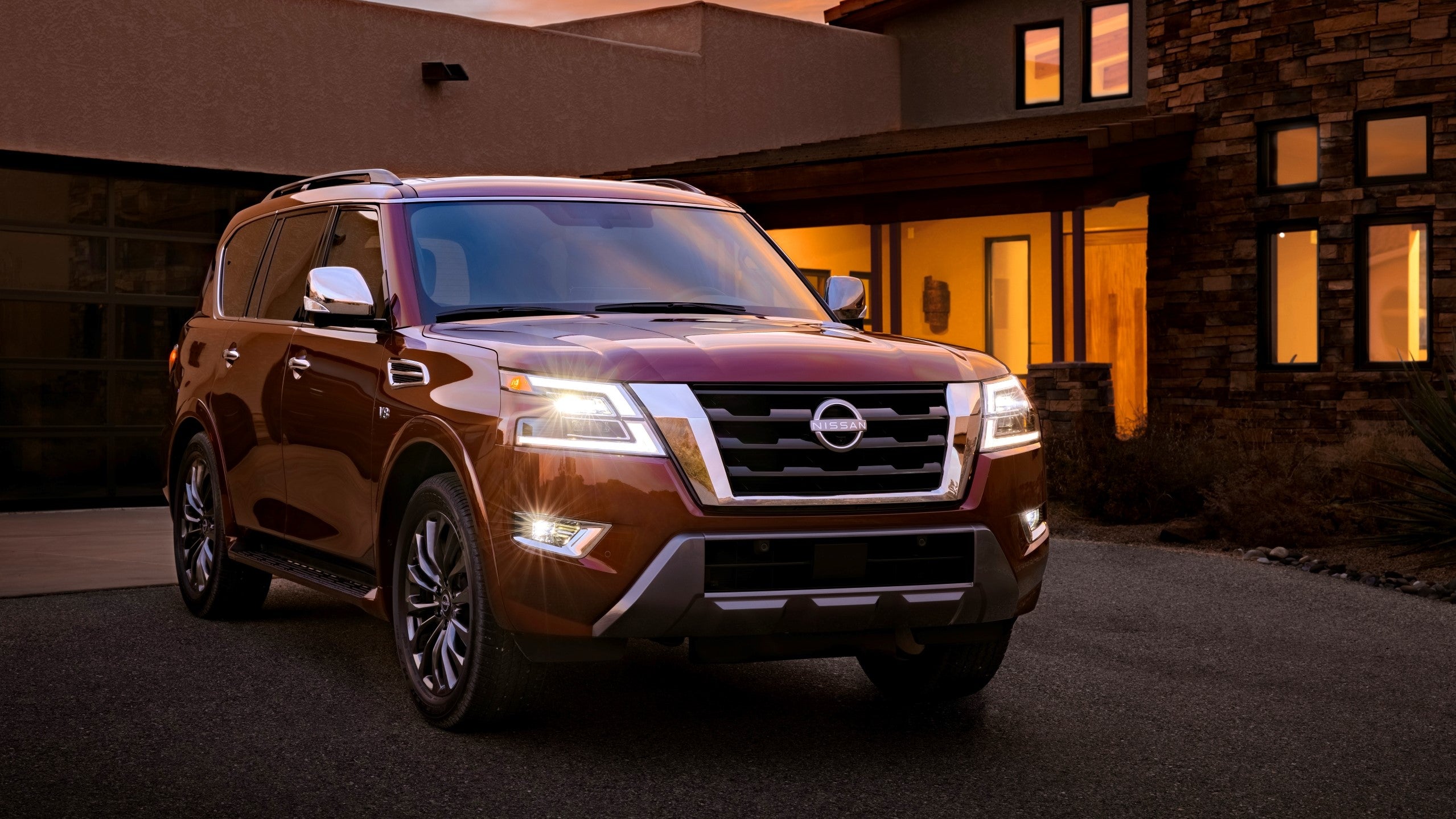 Inside, the Armada still seats up to eight people but its simplified dash now rocks a standard 12.3-inch infotainment display—the biggest in its class, Nissan says. Onboard Wi-Fi that allows wireless updates of system maps and firmware as well as wireless Apple CarPlay and wired Android Auto are all standard. Wireless charging, meanwhile, is standard on the SV, SL, and Platinum trims but doesn’t sound like it’ll be a thing on the base S that’ll come “at a later date.”

Opt for the Platinum trim and there are eight-inch entertainment screens behind the front headrests running on software that’s apparently been simplified and now comes with HDMI input. 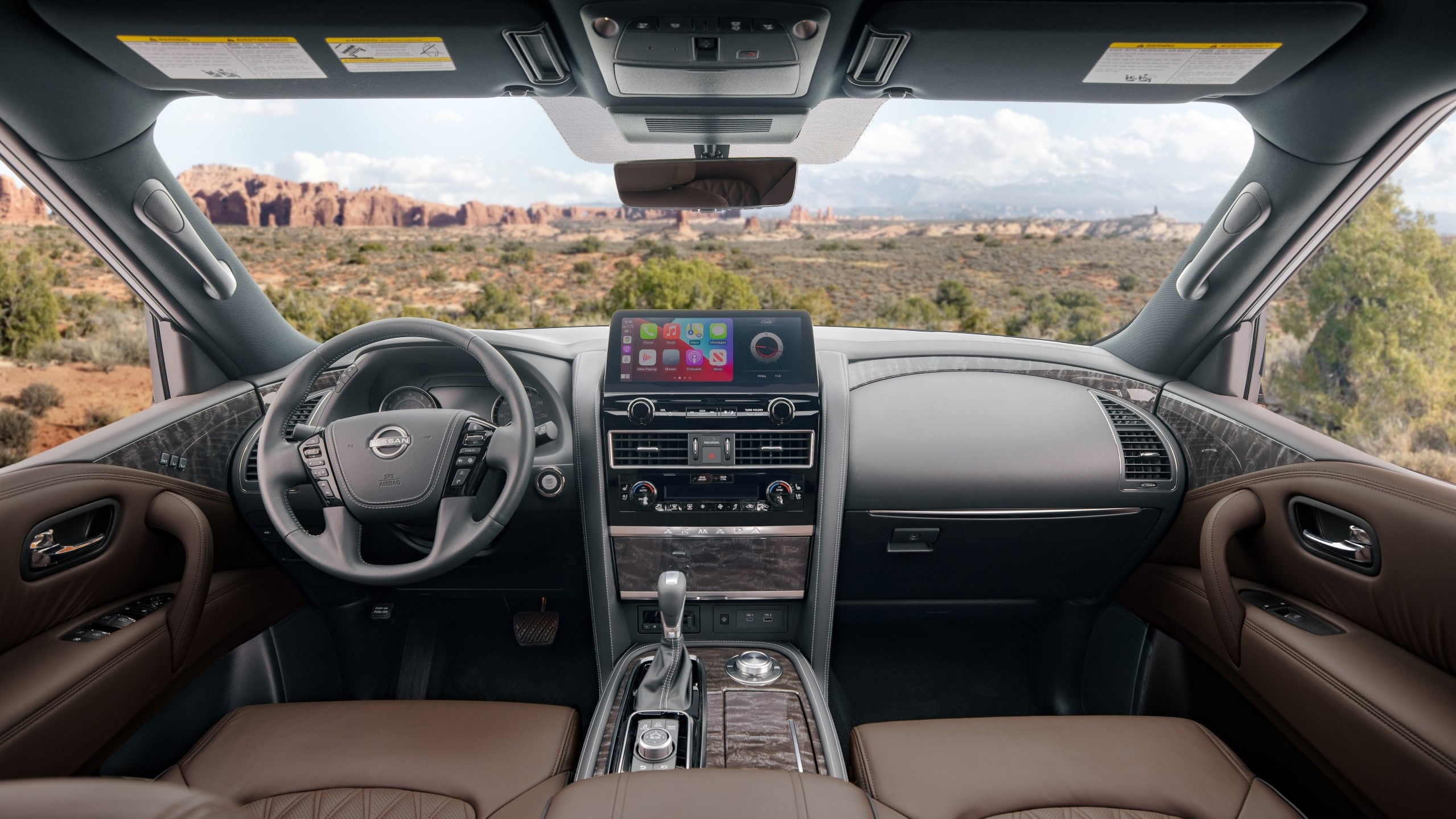 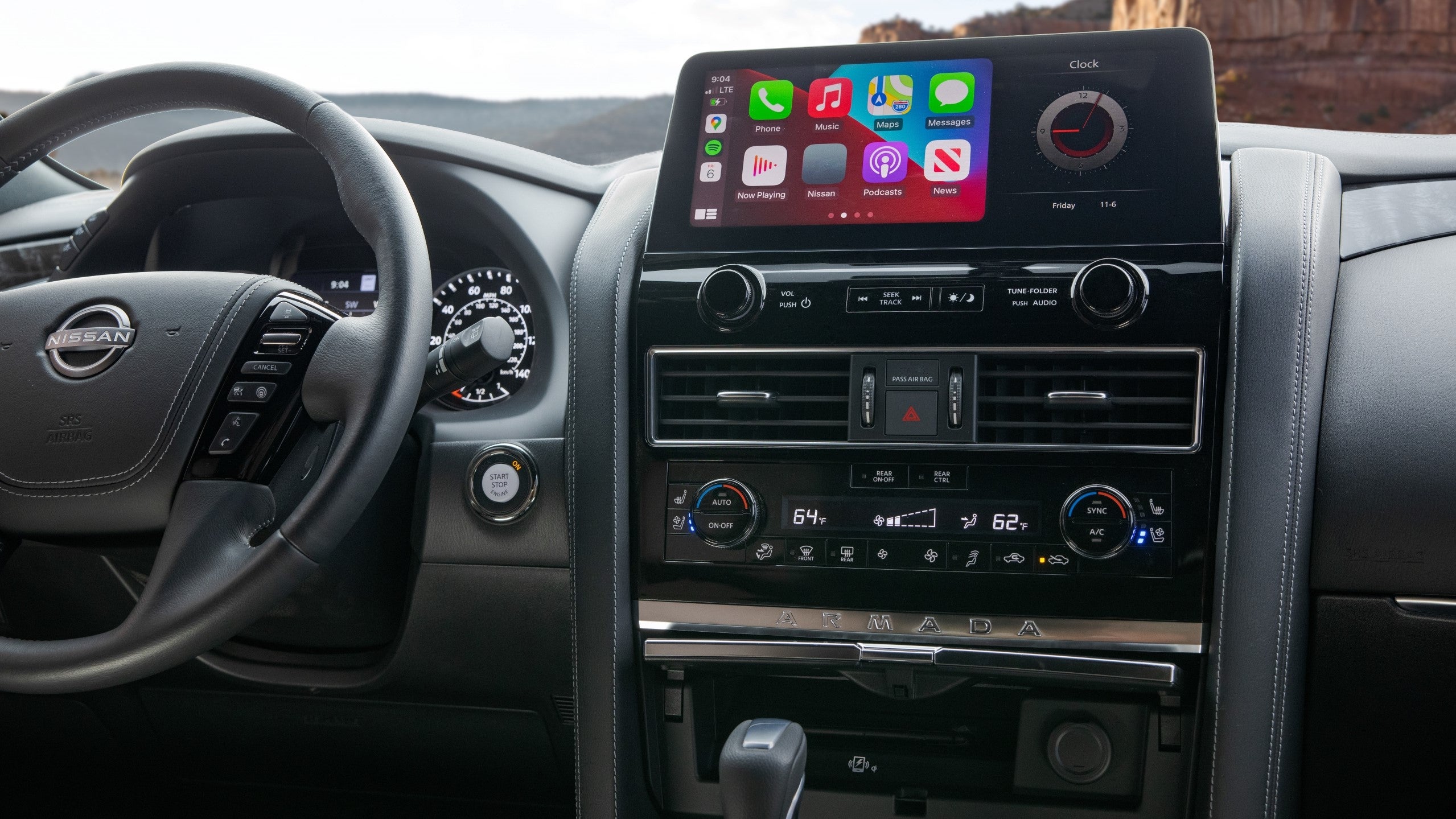 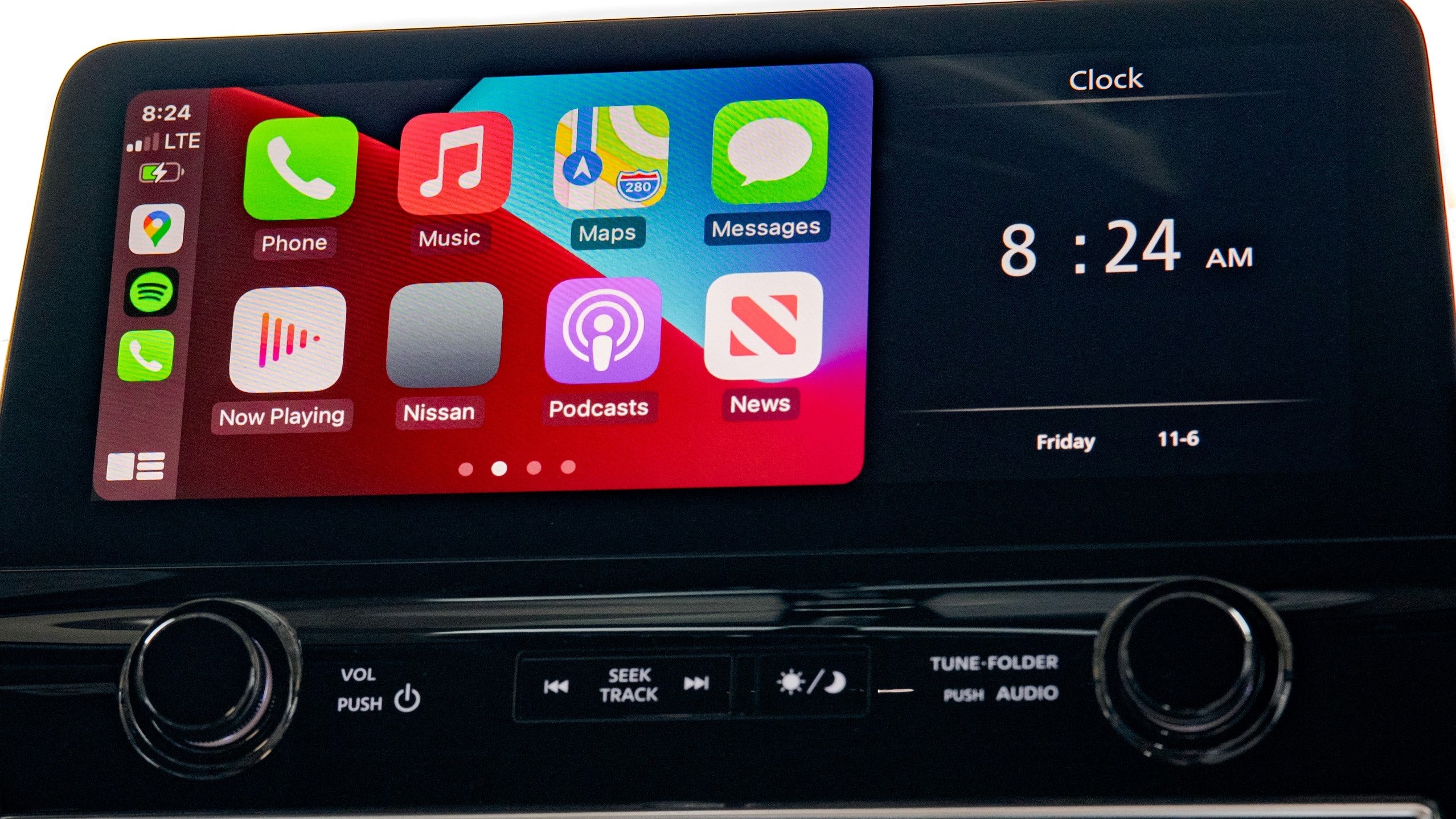 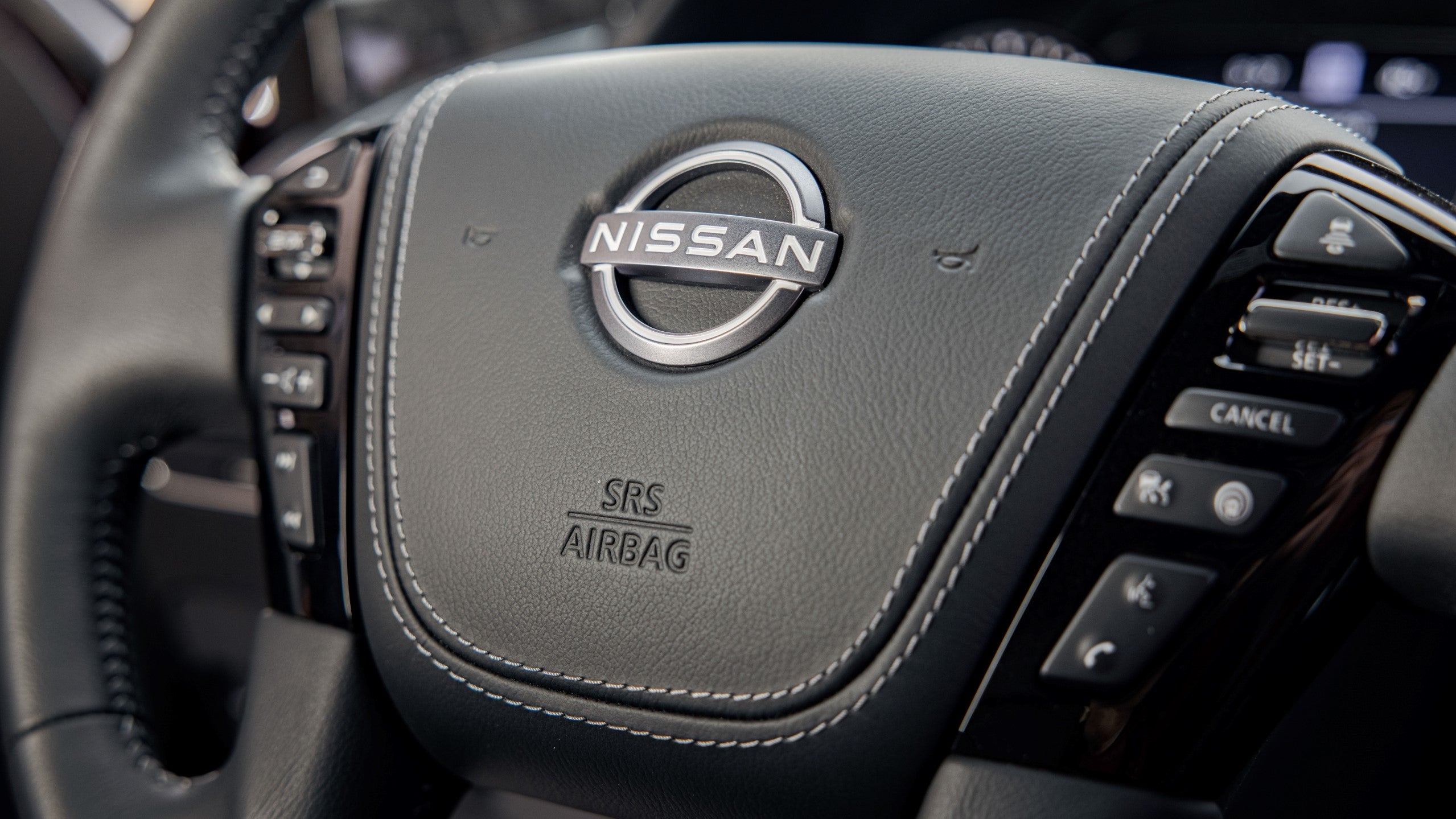 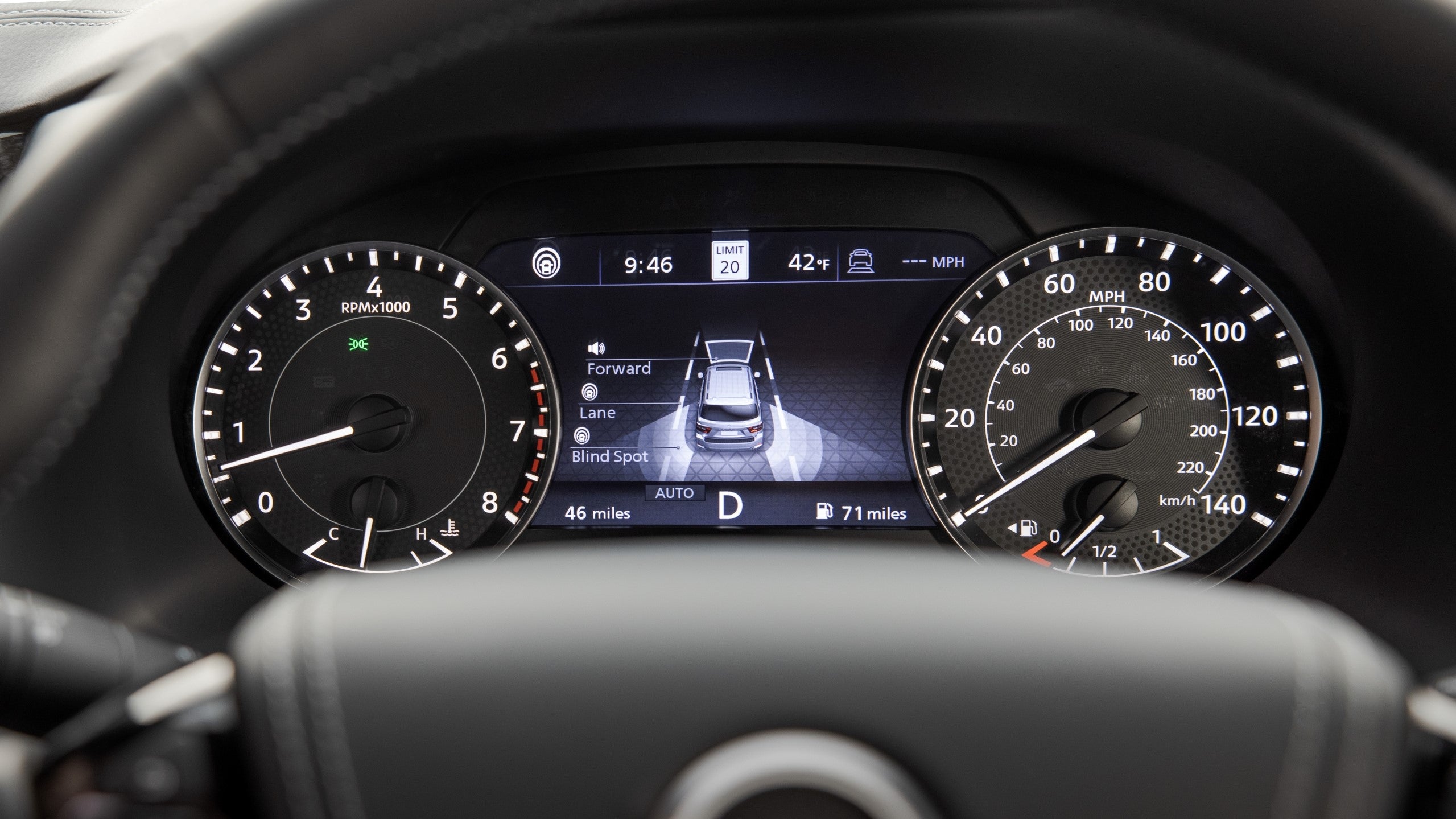 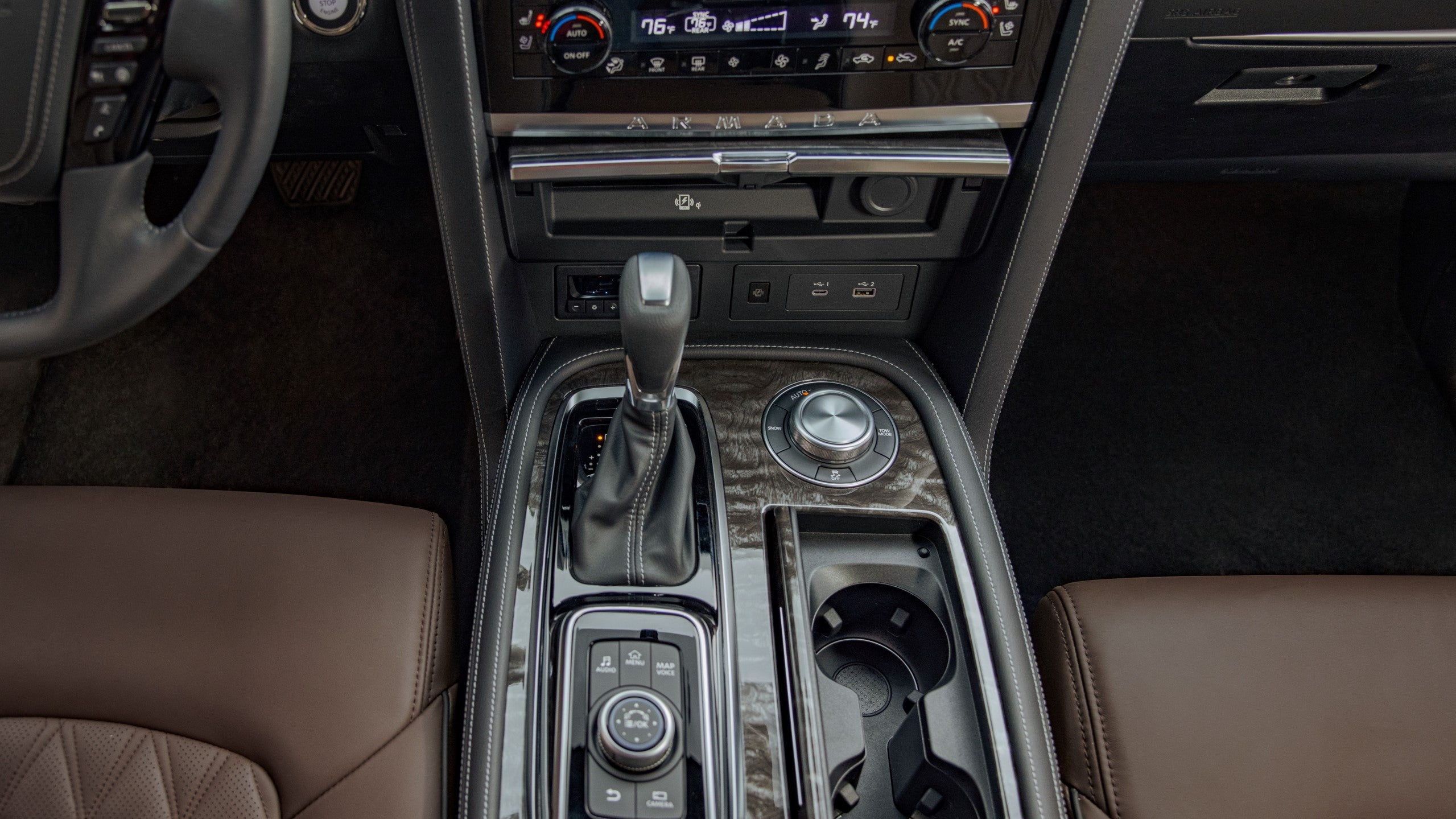 Also standard on the Platinum is an Intelligent-Rear View Mirror, which essentially turns the rearview mirror into a backup camera and has been improved for this year, boasting a higher resolution and thinner bezels than before. Directly in front of the driver is a new seven-inch Advanced Driver Assist Display. Speaking of driver assists, the Armada features Nissan’s Safety Shield 360 standard on all trims which encompasses the following: 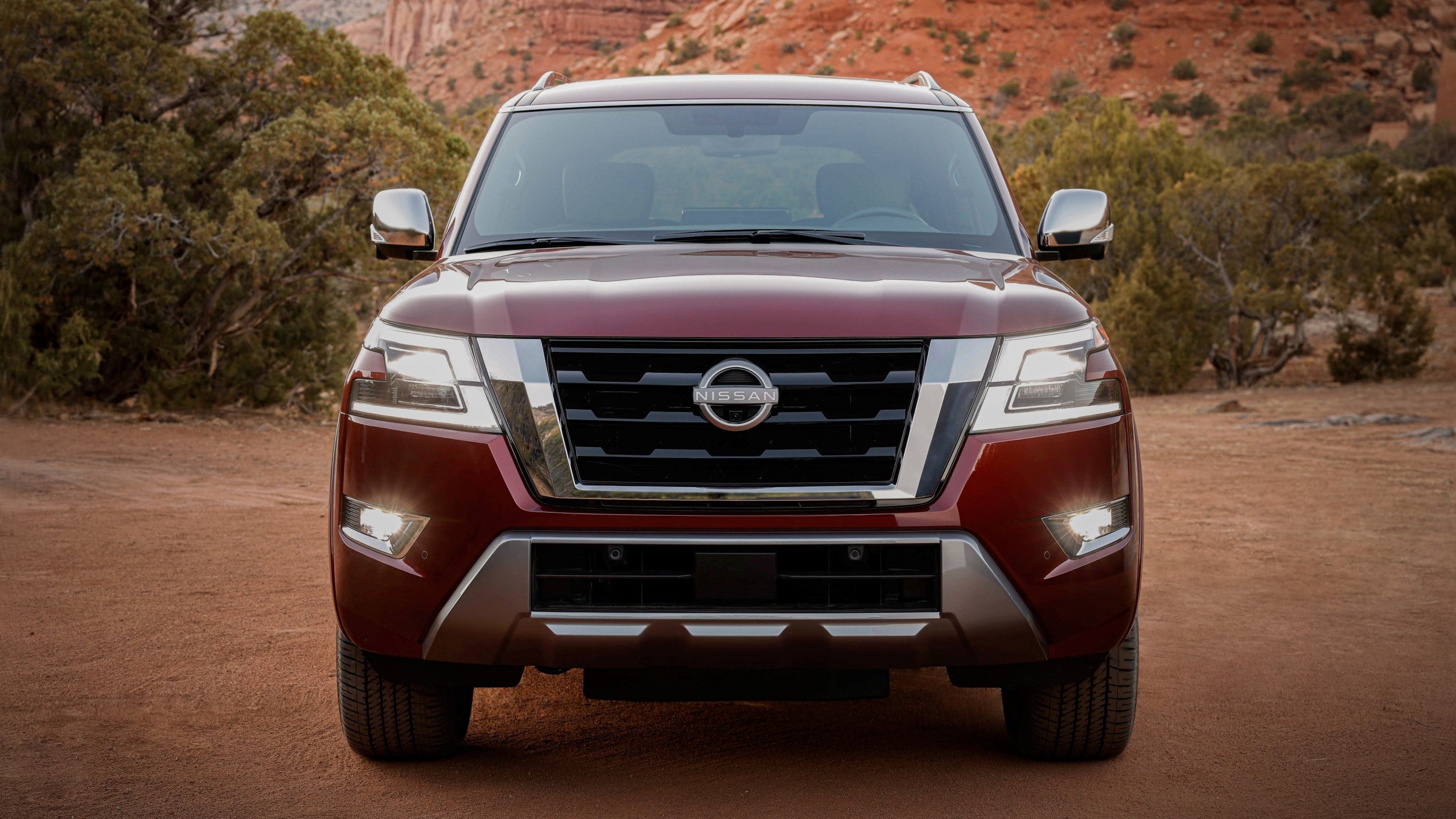 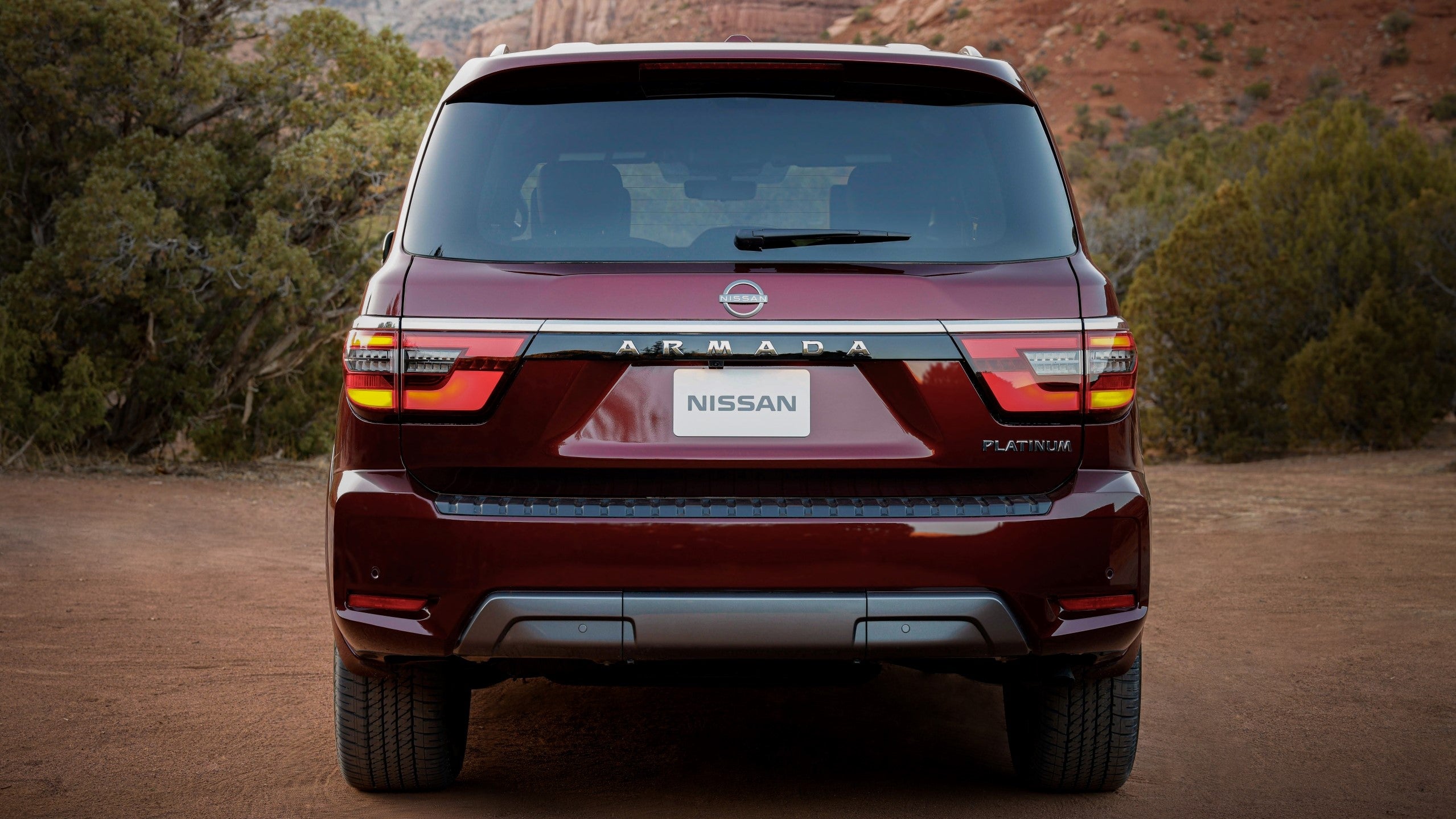 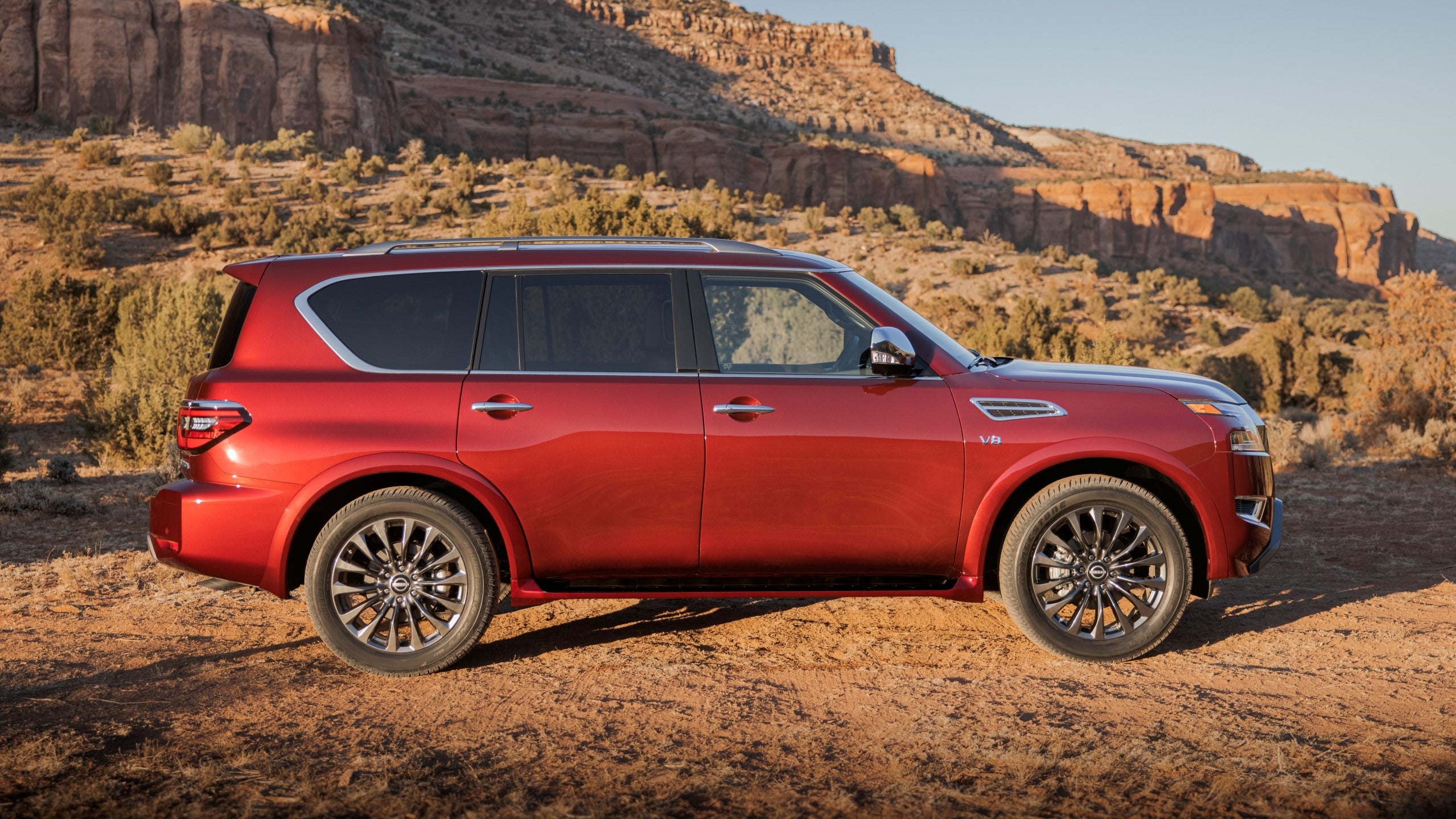 On the powertrain front, even though the 5.6-liter Endurance V8 is carried over from last year, Nissan has implemented a different fuel map that unlocks a bit more power and torque when using premium fuel. When running on the more expensive dino-juice, the 2021 Armada produces 400 horsepower and 413 pound-feet of torque, up from the 390 hp and 394 lb-ft it makes on regular.

Using a seven-speed automatic gearbox, both the 2WD and 4WD Armada will tow up to 8,500 pounds, just like last year’s model. To make the actual act of towing easier, however, the Armada gains a Trailer Brake Controller with tow hitch receiver and Trailer Sway Control, a system that applies the brakes when it automatically detects sway. 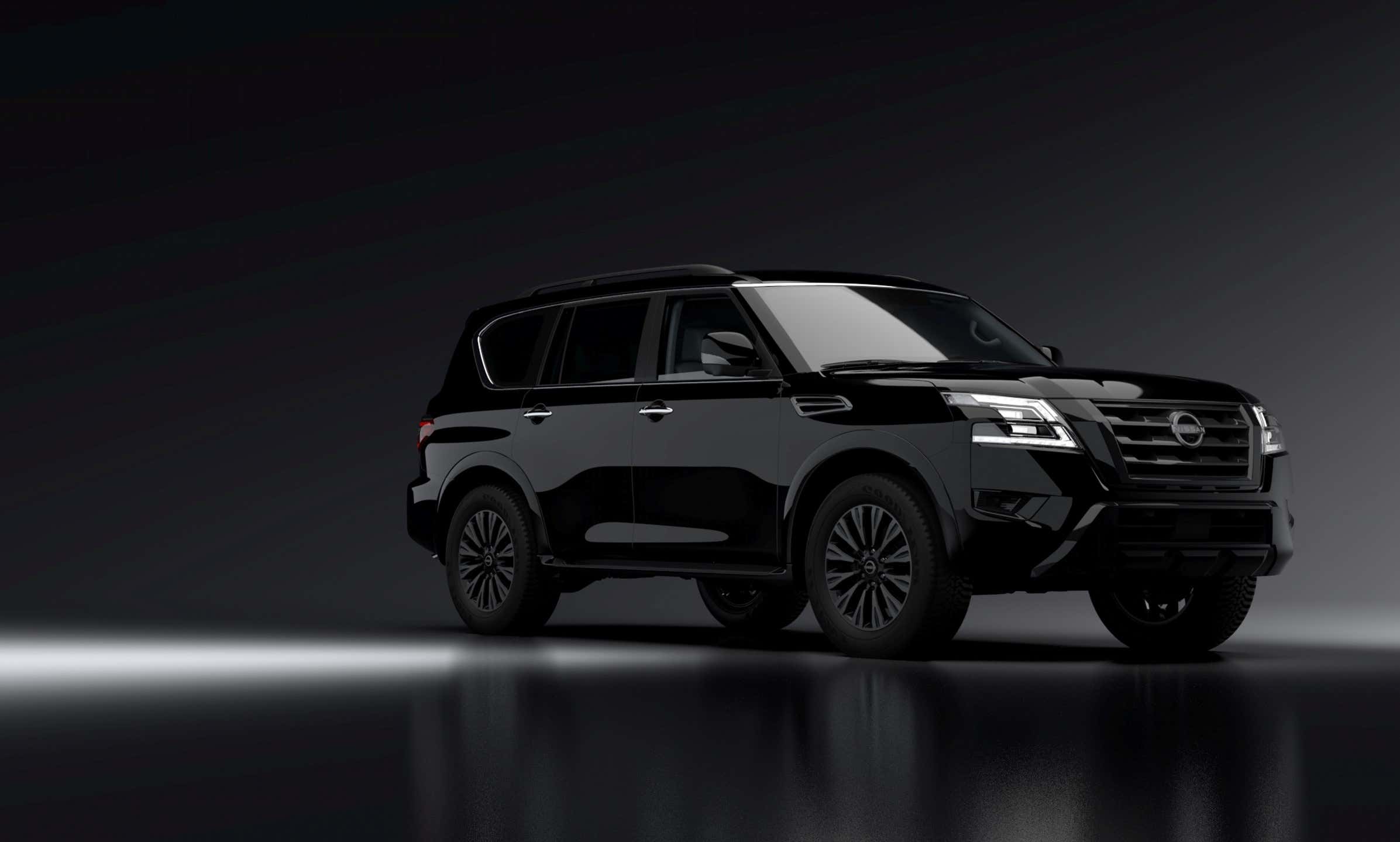