KTM is gearing up to showcase the 2020 KTM 1290 Super Duke R in India just a month after unveiling it at the EICMA 2019 motorcycle show. The Austrian brand is all set to introduce the motorcycle in India at the upcoming 2019 India Bike Week which will be held in Goa on December 6 and 7 this year. The 1290 Super Duke R is KTM’s flagship naked streetfighter and the 2020 model has received significant updates being a completely new model under the skin. It is lighter than its predecessor, has more grunt and looks meaner than ever before. 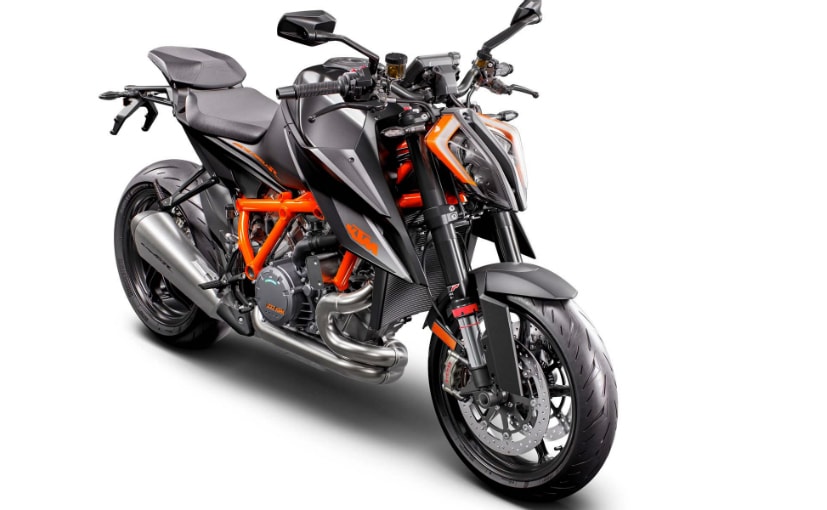 The 2020 KTM 1290 Super Duke R comes with a brand-new chassis, based on the KTM RC8 superbike. It gets a new crankcase, and a lighter aluminium/carbon composite rear subframe which have helped it to shed some weight, making its dry weight of just 89 kg. Other elements that help it to trim down are lighter wheels, brakes and swingarm. It also gets updated electronics which make the new model even more promising in the litre-class streetfighter segment. KTM has equipped it with a reworked LC8, 1,301 cc twin-cylinder engine that puts out 177 bhp at 9,500 rpm and 140 Nm of peak torque at 8,000 rpm. It features thinner engine cases along with revised cooling and oil mounts, as well as new top-feed fuel injectors and 56 mm throttle bodies which according to KTM give the 1290 Super Duke R greater control of fuelling. 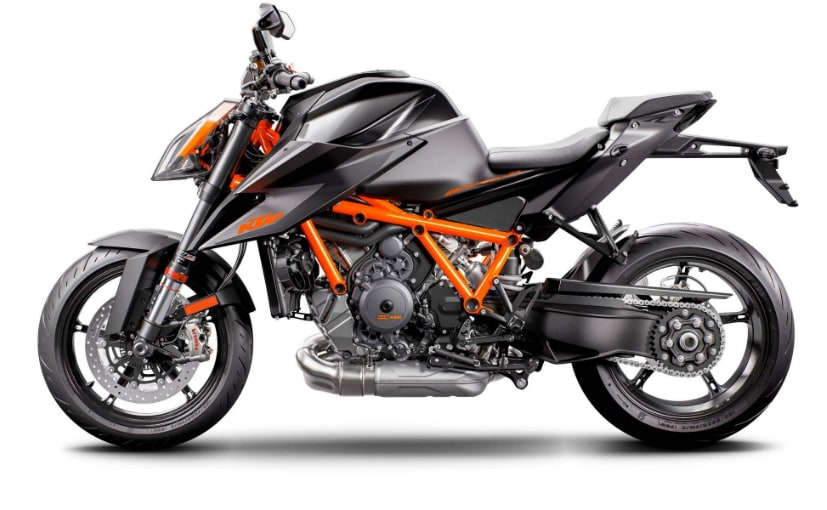 Moreover, a new six-axis inertial measurement unit (IMU) is a new addition to the electronics package, which helps power the traction control, wheelie control and cornering ABS. The anti-lock braking system also gets a ‘supermoto’ mode, which can completely switch off ABS intervention on the rear wheel to let riders lock the rear wheel. Braking duties are handled by Brembo Stylema calipers gripping 320 mm discs on the front wheel. Out in the marketplace, the 2020 KTM 1290 Super Duke R will rivals the likes of the Ducati Streetfighter V4 and Kawasaki Z H2 in the naked streetfighter category.