Sleeker styling and improved proportions turn the QX60 from ugly duckling to swan.

The current Infiniti QX60 three-row SUV is an important product, selling more examples each year than any of the brand’s other models. But in terms of driving enthusiasm, it’s something of a stuffed shirt, amounting to little more than a Nissan Pathfinder with some added chrome and glitz. That might change, if the Infiniti QX60 Monograph turns out to be a close preview of the next-generation midsize crossover.

As a Monograph, this QX60 is best described as a prototype, rather than a production-ready model. Still, Infiniti says the design sets the tone for the next-generation QX60, which the company will reveal in 2021. Specifically, the Monograph is a preview of the SUV’s proportions and design elements, allowing us to make a few assumptions about the production model.

While the current QX60 is vaguely minivan-like, with a sloping front end and oversized greenhouse, the Monograph is an avowed SUV design. There’s an upright front grille that leads to a nearly horizontal hood, while a long wheelbase and tapered greenhouse shape give the prototype a much more formal, traditional design. There’s no denying some Lincoln Aviator influence, particularly the shape of the D-pillar and roof spoiler, but overall, the Monograph is a big improvement over the 2020 QX60.

Also lending a muscular hand are larger, more pronounced fenders. The bulging front wheel arches sit below the hood when viewed in profile, while the rear fenders develop from an upswept rocker panel. Taken together, the bodywork emphasizes the QX60 Monograph’s added width. Large wheels (embossed with the Infiniti-script wordmark) fill out the fenders rather well, again highlighting the prototype’s bold stance.

Between the arches is a strong, sharp, horizontal character line that starts a few inches underneath the front fenders and disappears just after crossing under the rear fender. Infiniti says this feature visually raises the center of gravity, giving the QX60 Mongraph a taller, prouder appearance. Looking down the side of the body from the front or the rear, the horizontal line is a bit fussy and distracting, though. We wish it were integrated into the fenders a bit more.

There’s not much to complain about regarding the QX60’s graceful, softly contoured rear end. The license plate mount moves from the hatch to the bumper, ditching the current SUV’s chrome trim between the lights in the process. Adding visual width is the work of a dark-tinted tail light element spanning from corner to corner, bookended on top and bottom by the Infiniti logo and wordmark. It’s a much cleaner design that looks very premium, while also maintaining the brand’s design cues like wing-shaped lighting and wide Infiniti script.

One of the QX60 Monograph’s most interesting design features is its new lighting. Rendered in LEDs, the head- and tail lights get a new “digital piano key” motif, with translucent vertical lines separating the daytime running lamps. The front and rear lighting also gets a unique welcome animation, with light radiating out from the illuminated front emblem across the headlights and sideview mirror turn signals.

The QX60 Monograph has a new greenhouse shape that does away with Infiniti’s “crescent cut” rear roof pillar – at least in theory. However, the window trim’s unique, tweezer-like design conspires with the rear spoiler to provide a strong callback to the old design cue. Everything above the beltline is blacked out, allowing the chrome window surround and roof rails to stand out more.

The Monograph also boasts a number of distinctly Japanese themes, starting with a three-dimensional, origami-inspired texture for the grille. Repeated in the front bumper air inlets, the grille design is unusual and attractive, though it does resemble Lexus’ spindle grille somewhat. And although we haven’t seen it on the Monograph yet, Infiniti says the panoramic roof folds like a kimono (whatever that means).

Unfortunately, Infiniti hasn’t released images of the interior, but the current QX50 small SUV should give us a decent idea of what to expect. The Infiniti InTouch infotainment system is likely, and as one of the better two-screen setups out there, that’s fine by us. On top-spec models, expect large swaths of quilted leather with contrasting colors and stitching, with open-pore wood trim and suede accents likely.

The Monograph’s powertrain is also a mystery, and unfortunately, it’s one that’s hard to solve by guessing. It’s possible that the current QX60 will donate a front-drive–biased architecture, 3.5-liter V6, and continuously variable transmission to its successor, which we think would be a shame given how sporty it looks. We hope for a choice of engines, starting with the company’s novel turbocharged 2.0-liter variable-compression four-cylinder engine. Currently found in the QX50 (where it makes 268 horsepower and 280 pound-feet, or 200 kilowatts and 380 newton-meters), it would serve as a good entrée into the three-row SUV family.

Higher-trim models could get either the Q50 sedan’s turbocharged 3.0-liter V6, making 300 hp (224 kW) and 295 lb-ft (400 Nm). The QX60 could also receive Nissan’s new 3.8-liter V6, currently found in the Frontier pickup, where it makes 310 hp (231 kW) and 281 lb-ft (381 Nm). A continuously variable transmission is likely, though we’d love to see the brand’s nine-speed automatic transmission accompany a move to a rear-drive platform for the next-generation QX60.

Will The QX60 Monograph Make It To Production?

After revealing the Monograph prototype in the metal, Infiniti said it was targeting a 2021 launch date for the production-ready QX60 – we think it should arrive in time for the 2022 model year. But when the new crossover gets here, will it look like this? The last time the company called a design theme “Monograph,” it was on a preview for the facelifted 2018 QX80, which got watered down pretty far in the move from show stage to showroom.

But this QX60 design study looks far more feasible than that prototype, with larger mirrors, production-friendly wheels, and headlights that look ready for a dark country road. As such, it’s possible that the next-generation three-row crossover will look a lot like the QX60 Monograph. And given strong competition in the three-row luxury SUV segment – the Lexus RX L, a rumored new Acura MDX, and even upstarts like the Hyundai Palisade Calligraphy – Infiniti will probably want to move quickly to embolden its entry. If it looks anything like the Monograph, the 2022 Infiniti QX60 is all but guaranteed to continue its sales streak for the brand. 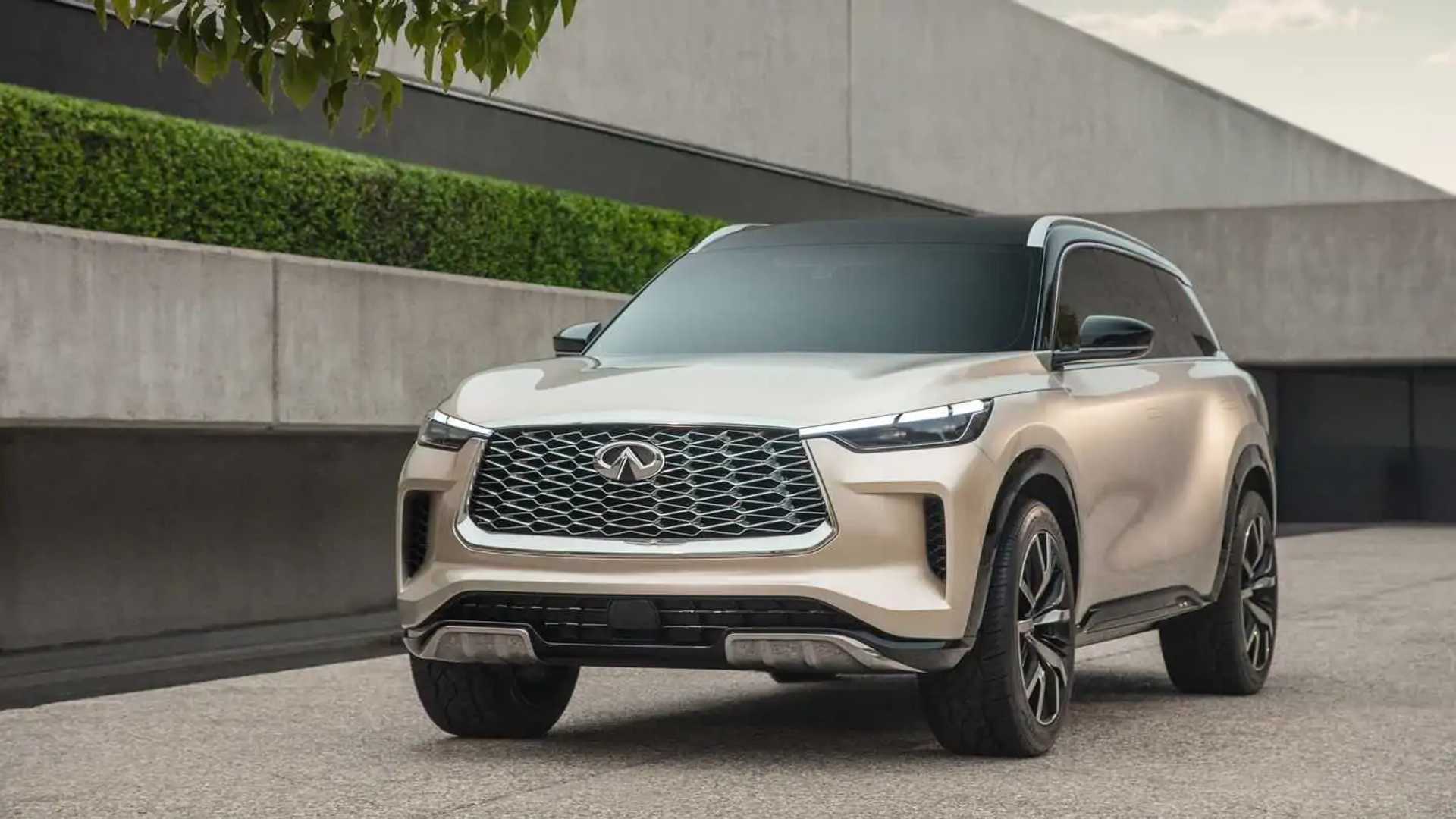 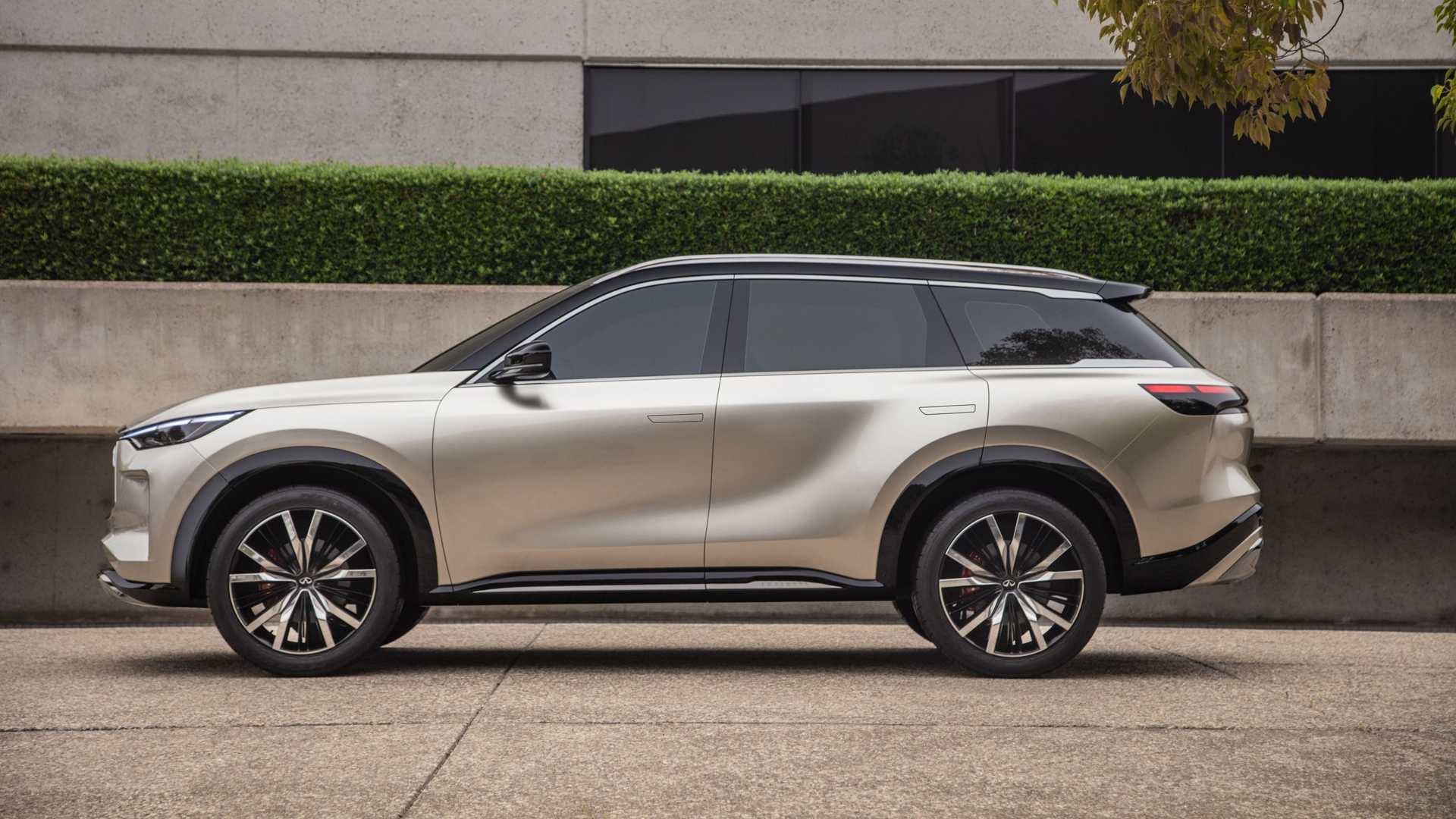 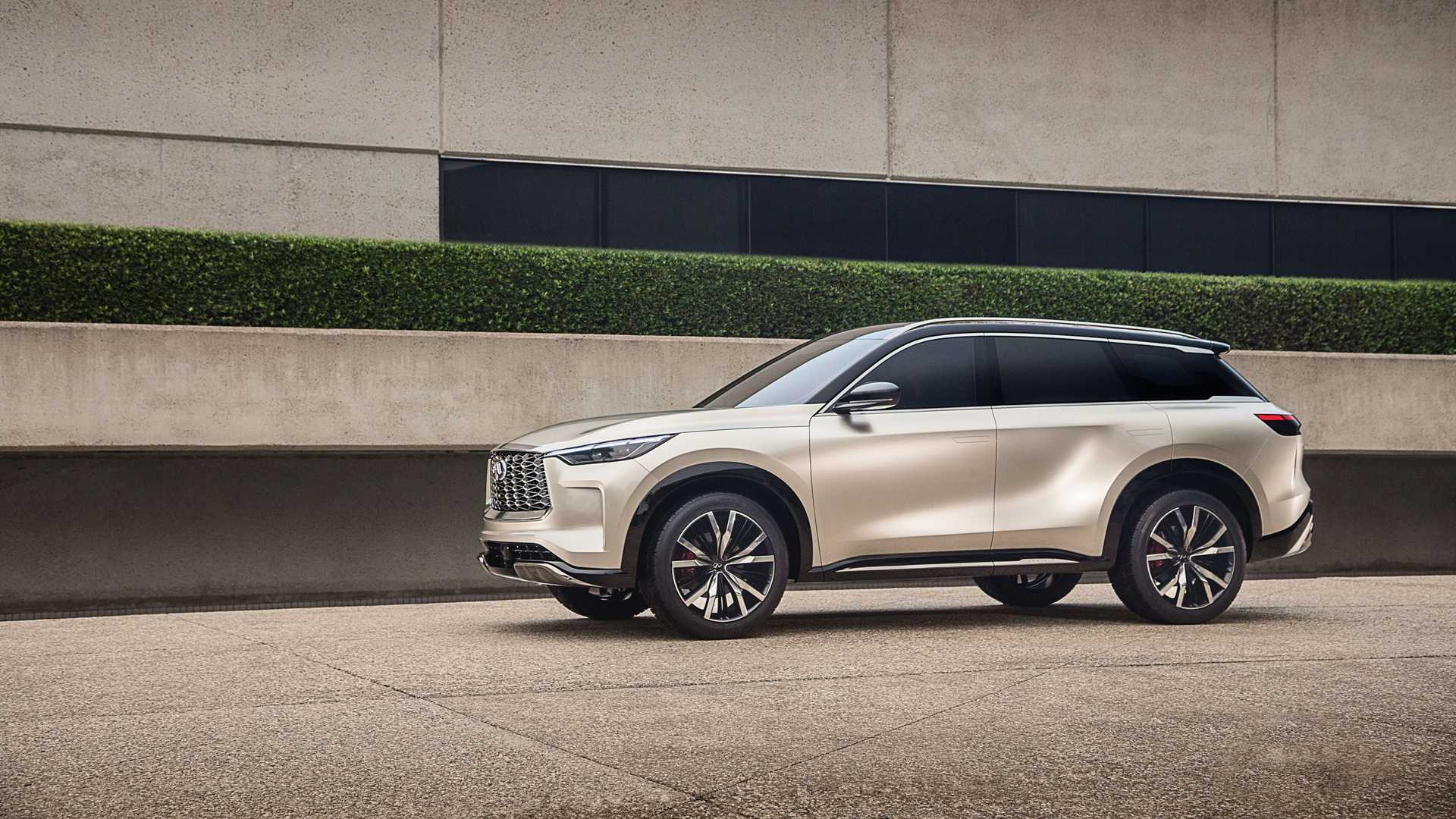 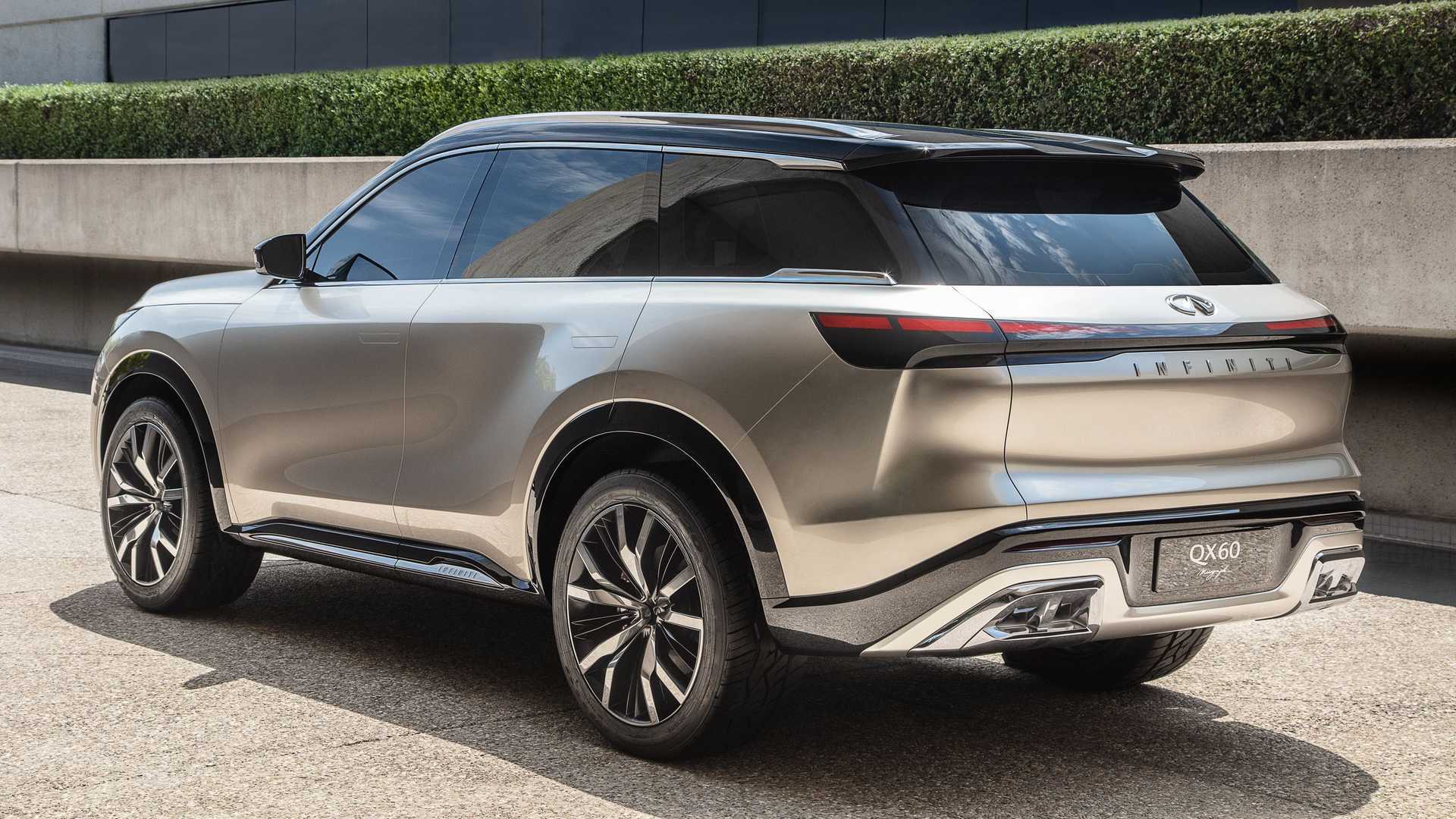 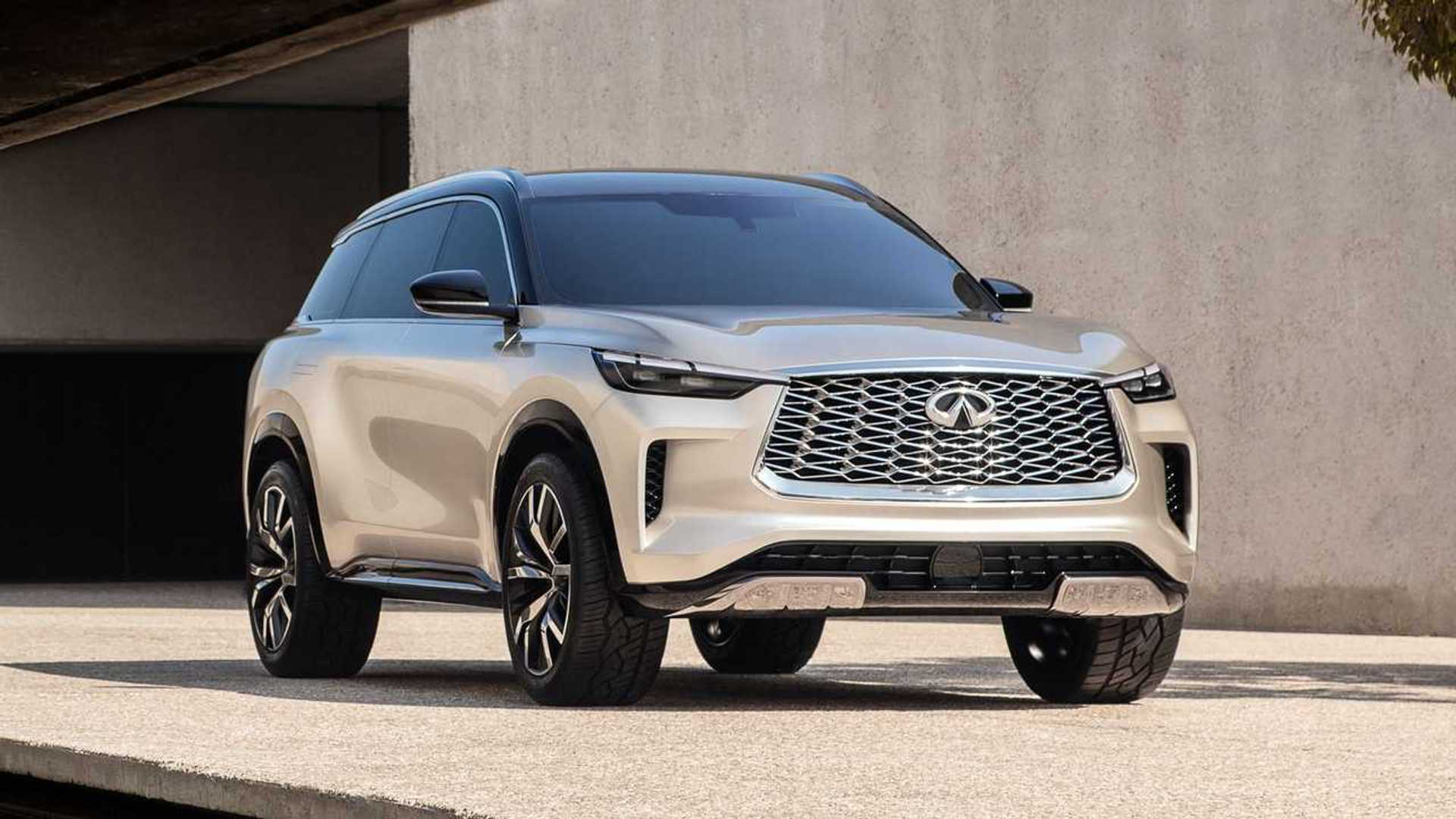 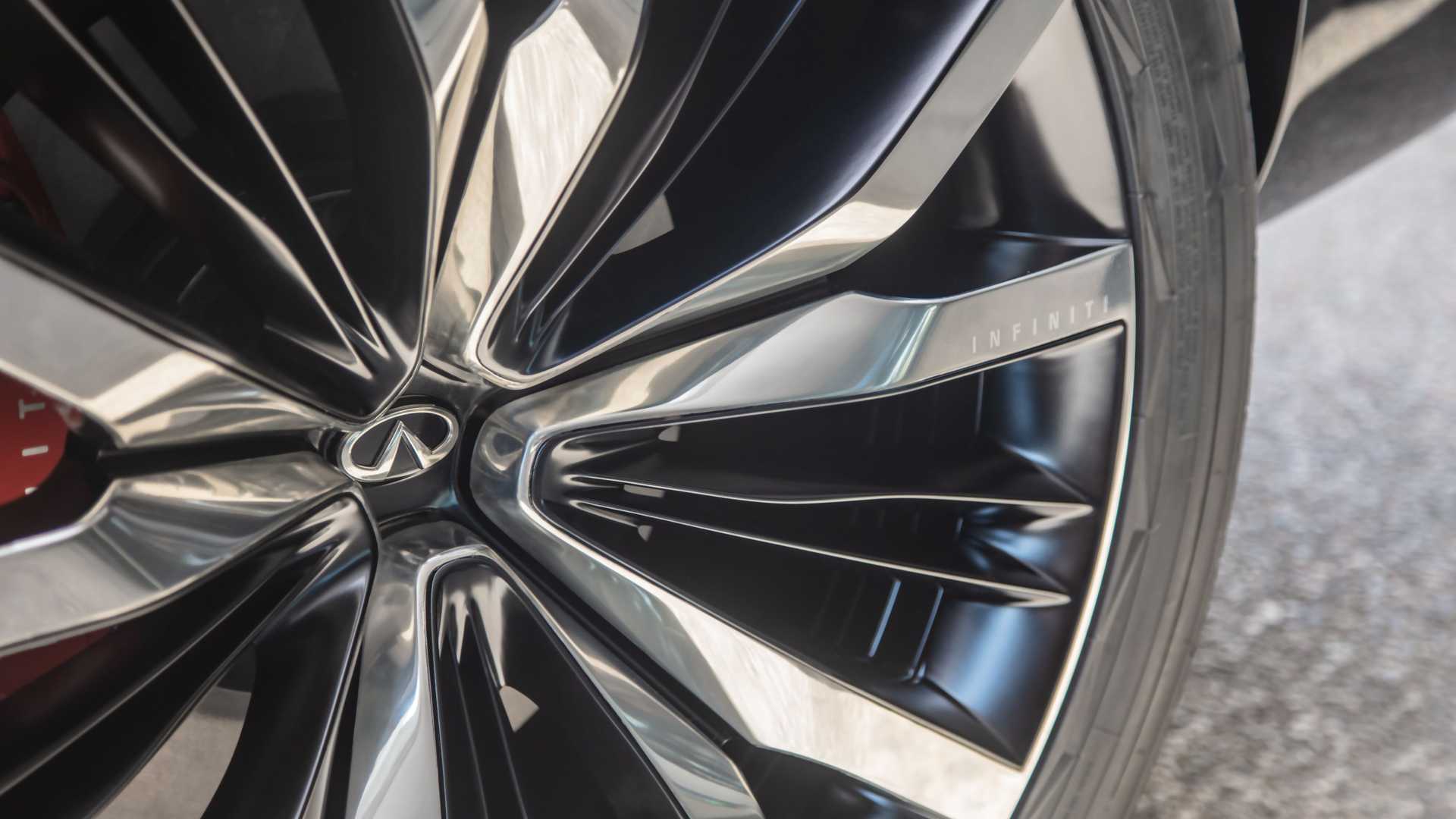 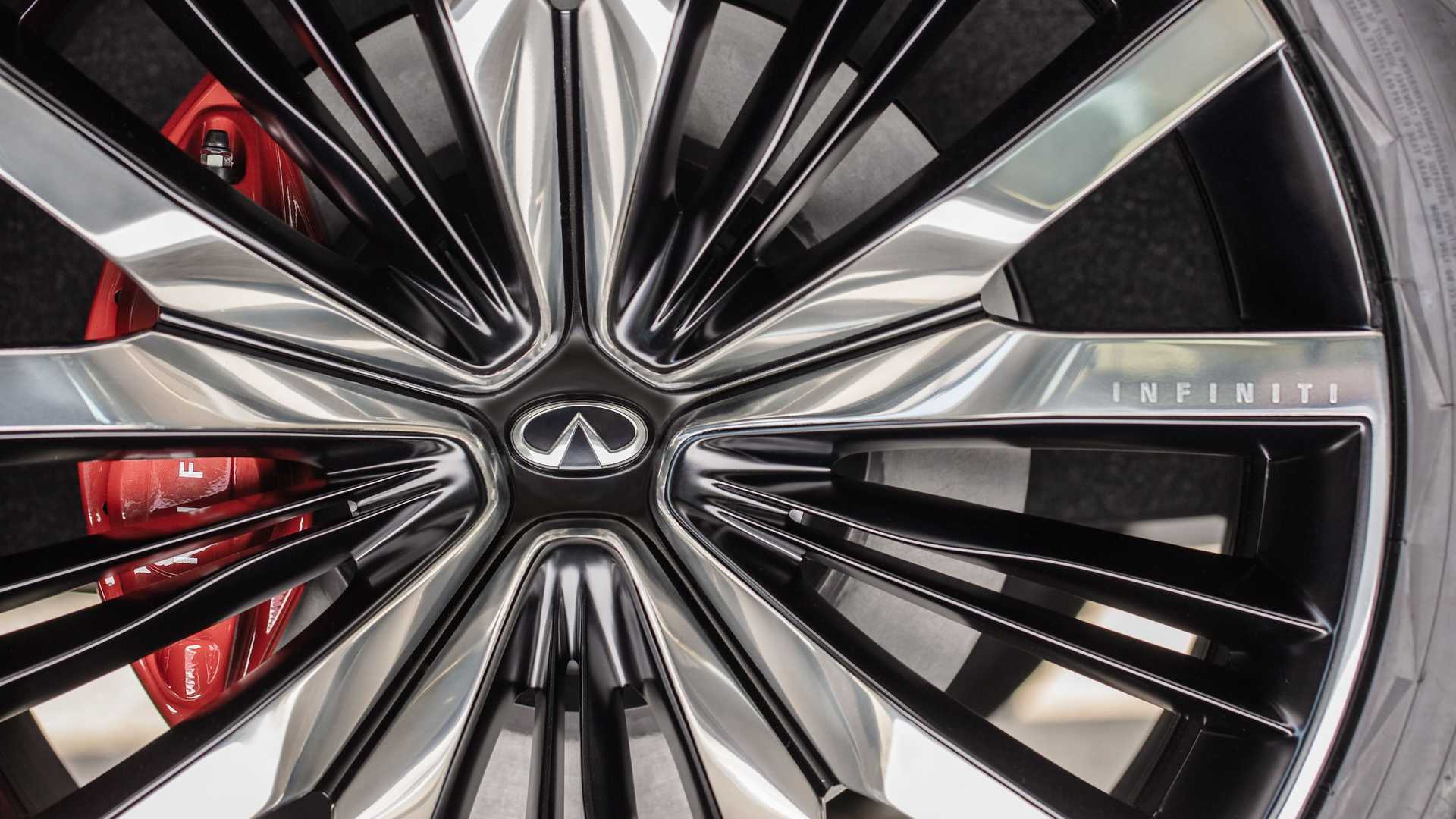