In one of the most recent episodes of the Munro Live, we can take a look at some of the displays at the Tesla’s Cyber Rodeo event at the Giga Texas plant.

Sandy Munro, who has vast experience in product manufacturing, appears to be amazed by the stuff related to the latest Made-in-Texas (MIT) Tesla Model Y, which entered production and sales.

After seeing Tesla’s latest solution, he even said: “How is anybody going to catch up or get better? I’m waiting for suggestions.”

One of the main elements of the MIT Tesla Model Y is mega castings – front and rear. We can see Sandy Munro’s comments at 2:20 (and later at 11:45) when he underlines how easy it will make the car assembly using single-piece mega castings, instead of a high number of small parts welded together.

According to the video, a single mega casting can replace up to 150-160 parts (see a comparison at 15:17), removes the necessity to weld them together, and improves the overall quality. Noteworthy are also some smart solutions in the design, like a special channel for wire harnesses inside the mega castings.

An exploded view of the body-in-white of the MIT Tesla Model Y (see at 3:15) presents also the structural battery pack – the third main element of the car, in the middle between the front and rear mega castings.

In the case of the latest Tesla Model Y, the battery pack is a structural element of the car, which means that the individual battery cells carry some load, unlike a conventional solution where only the enclosure is a structural part.

Seats are attached on top of the pack for simplified installation inside the car – another new solution applied by Tesla to minimize time and effort at the assembly line.

The battery pack consists of Tesla’s 4680-type cylindrical battery cells (see at 5:35), which are combined together without modules (although there are four separated sections).

The lines of cells are divided by cooling channels – two-way flow ribbon/snake (see at 6:30) – a thing described also in the latest design of the refreshed Tesla Model S/Model X battery (1865-type cells).

Tesla is ramping up production of the 4680-type cells and battery packs. During the Cyber Rodeo event, the company showed videos of a highly automated production process of the batteries at the site: 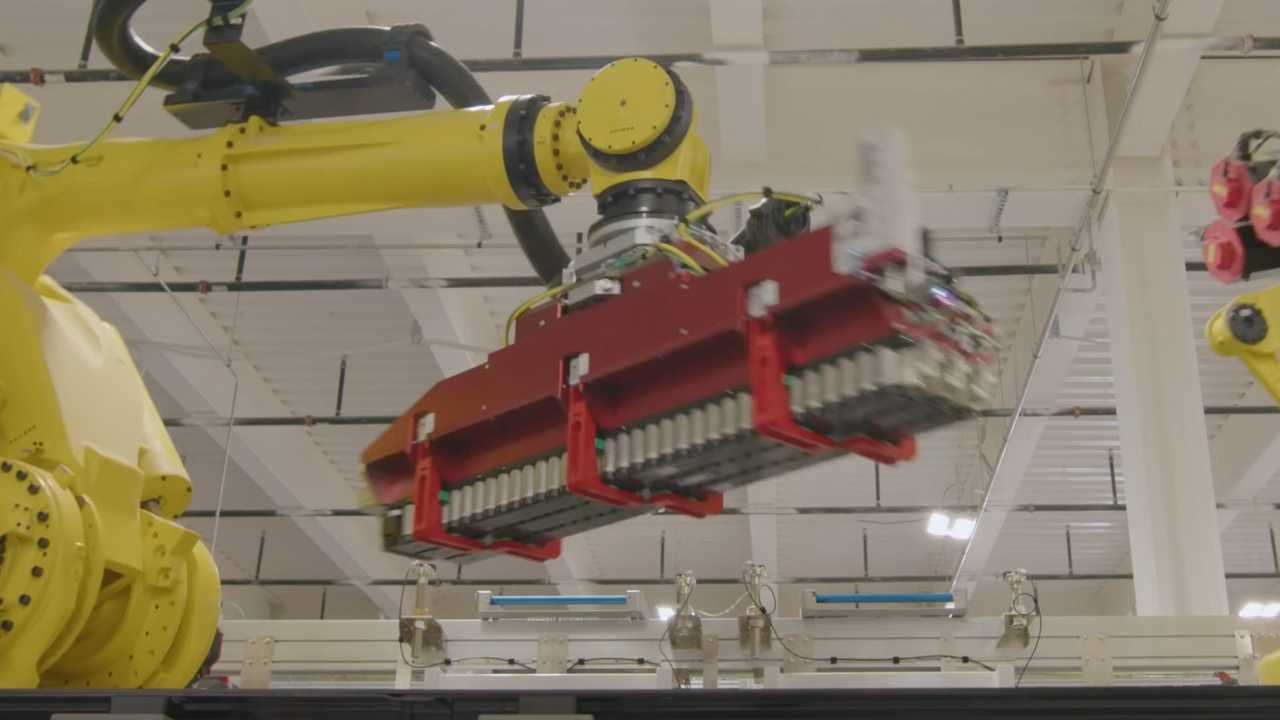 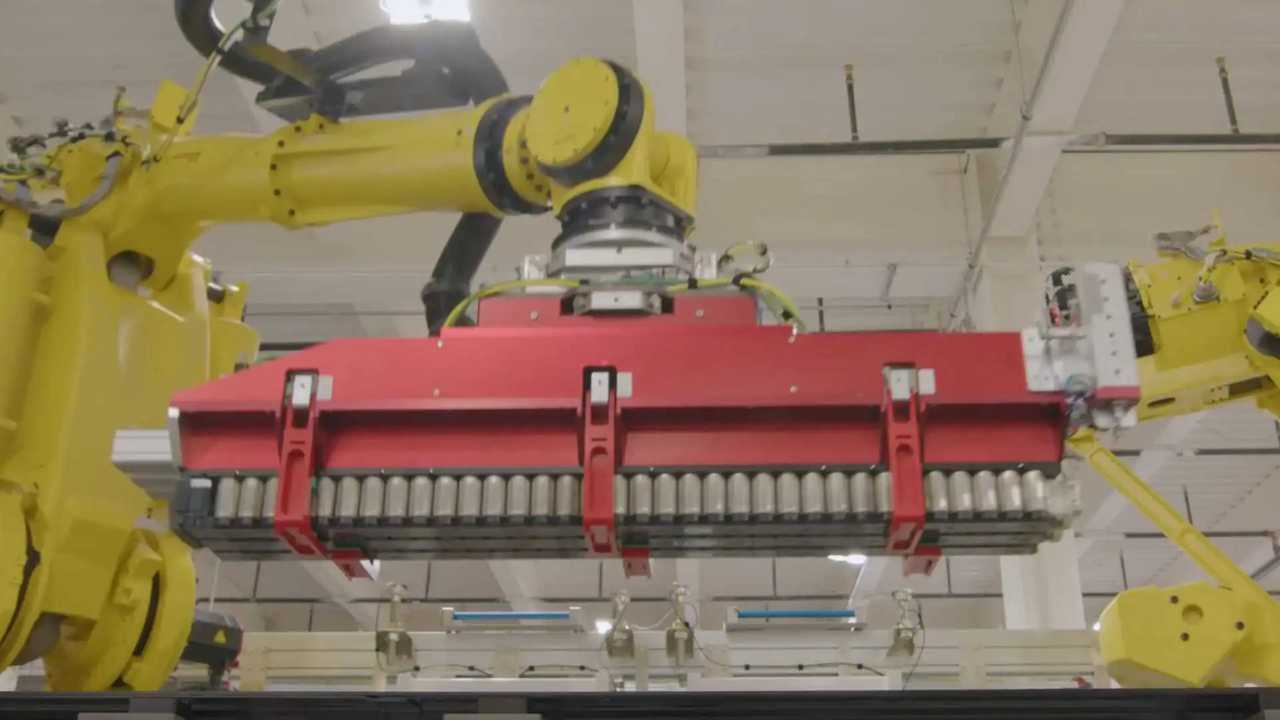 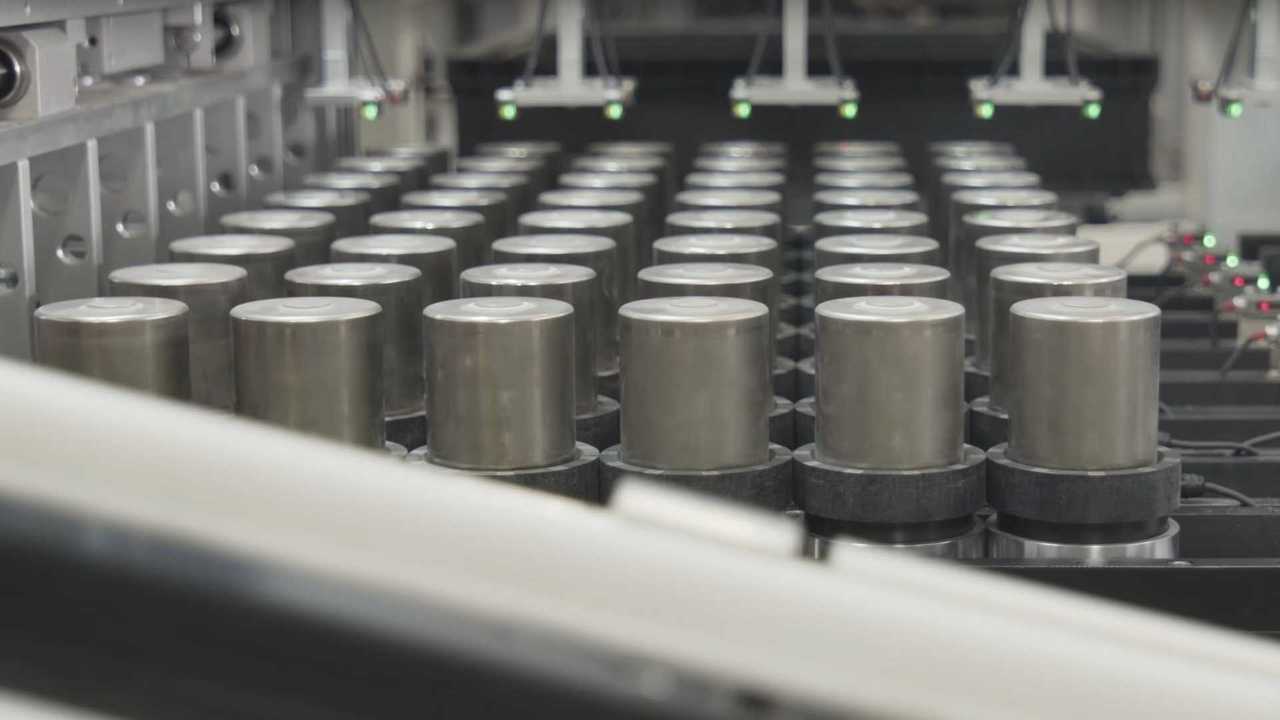 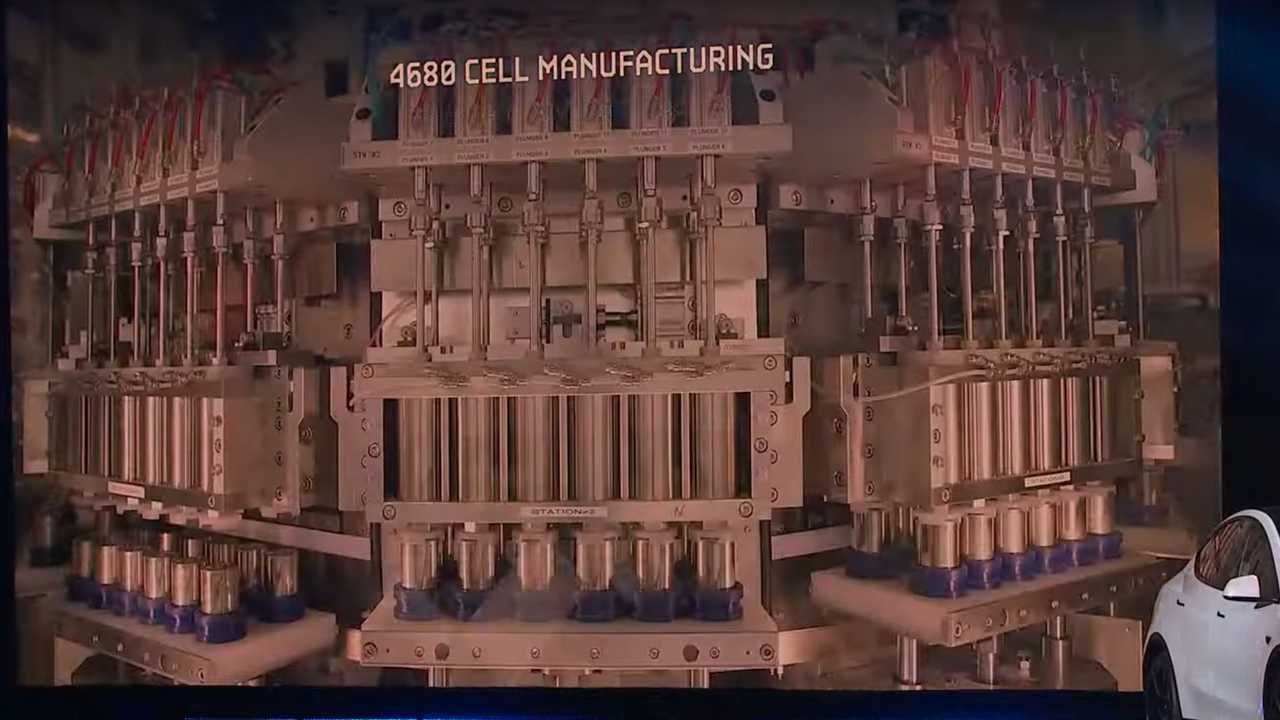 See the presentation of cell and pack production at Tesla Giga Texas. According to Tesla CEO Elon Musk, the plant is expected to become the biggest EV battery plant in the world.