Manuals warn about issues of going below 0 percent of charge.

When Edmunds first revealed that Tesla vehicles fail to meet their EPA range numbers, the results were more about how reliable EPA ratings are than about the electric car company. Yet, Tesla decided to dispute these numbers with a weird argument: that Edmunds should consider the battery buffering. Again, four in six Tesla vehicles tested failed. To add insult to injury, Tesla manuals ask owners not to go below 0 percent of charge.

We analyzed all Tesla manuals to check the recommendations for charging and if Tesla voided the battery pack warranty if owners fully depleted charge. Although there is nothing in the manuals expressly saying that, they bring this warning:

“NOTE: If you allow the Battery to discharge to 0%, other components may become damaged or require replacement (for example, the 12V battery). In these cases, you are responsible for repair and/or transporting expenses. Discharge-related expenses are not covered by the warranty or under the Roadside Assistance policy.” 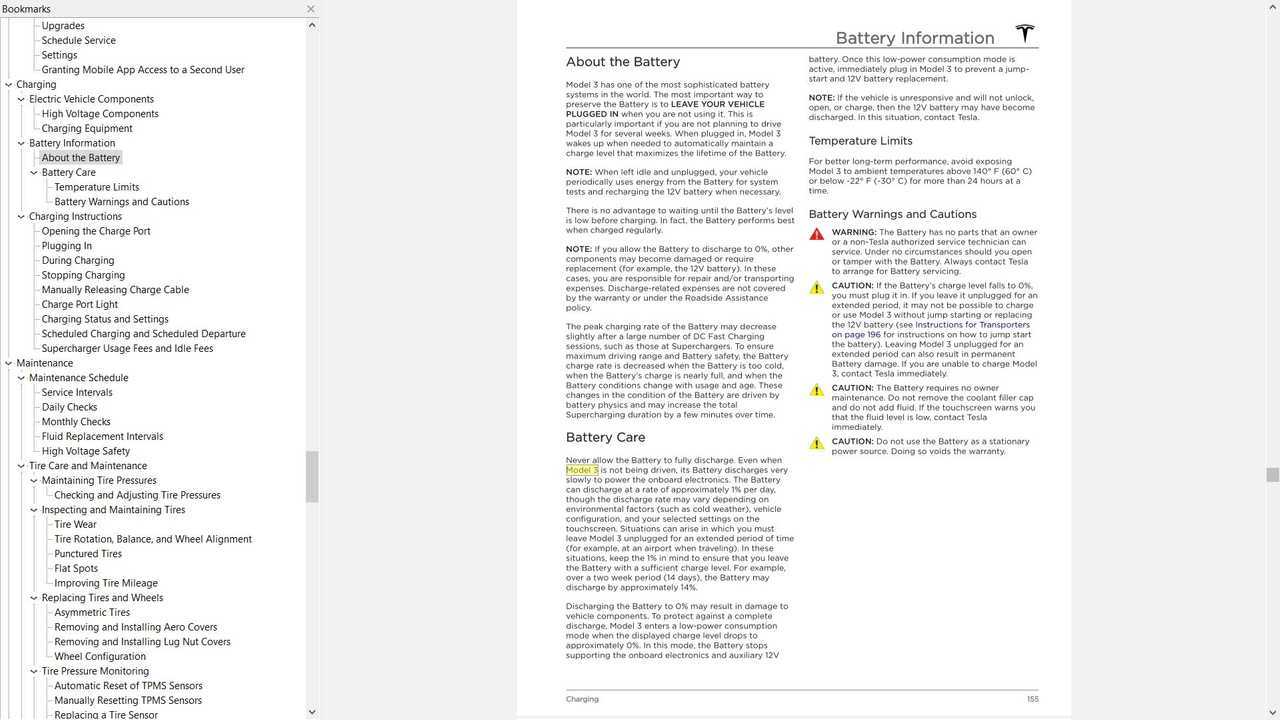 This mode makes the battery pack stop “supporting the onboard electronics and auxiliary 12V battery,” meaning the component is on its own, without the aid of the DC-to-DC converter. Tesla urges its customers to “immediately plug in” the vehicle in question “to prevent a jump-start and 12V battery replacement.”

A little further on the same page, Tesla makes another warning:

“CAUTION: If the Battery’s charge level falls to 0%, you must plug it in. If you leave it unplugged for an extended period, it may not be possible to charge or use Model (?) without jump starting or replacing the 12V battery (see Instructions for Transporters on page 19(?) for instructions on how to jump start the battery). Leaving Model (?) unplugged for an extended period can also result in permanent Battery damage. If you are unable to charge Model (?), contact Tesla immediately.” 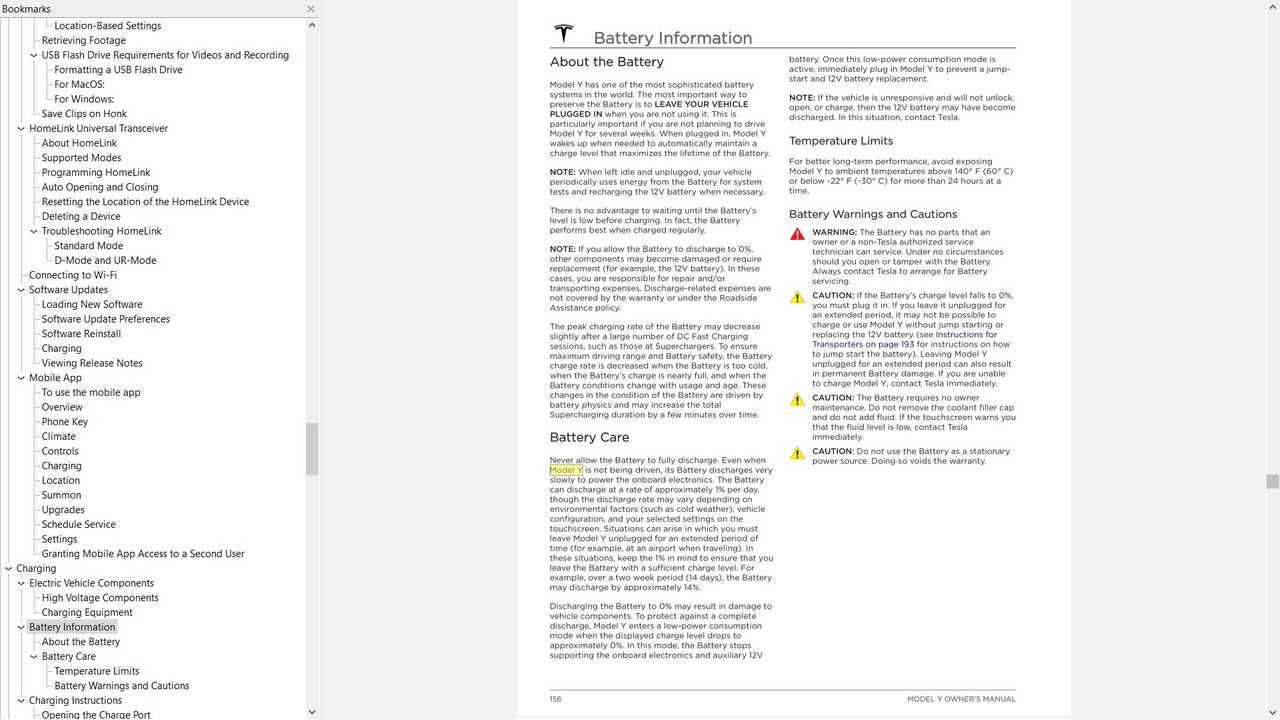 This warning emphasizes that the battery pack – or Battery, as Tesla prefers to call it, with a capital letter – can present permanent damage if you fail to keep it charged. According to Tesla, “the most important way to preserve the Battery is to LEAVE YOUR VEHICLE PLUGGED IN when you are not using it,” as the same page stresses.

Electric car owners widely know that you should never let the battery pack charge fall below 10 percent. They also do not charge their cars to 100 percent very often to give the component more years of work. Most of the time, charging should be limited to 90 percent. Most conservative users do not go beyond 80 percent.

Tesla tacitly recommends the same thing when it limits supercharging to 80 percent if you are not using Trip Planner. The driver can override this automatic limit manually. The company justifies this limit as a way to “reduce congestion at high-usage supercharger sites,” but fast charging is more stressful to the battery pack. Charging it slowly increases its lifespan.

We are not sure how many customers have had issues for going below 0 percent of charge with their Teslas neither about how the company dealt with these issues. We’d ask Tesla about that if it still spoke to the press. Based on what the manuals say, we’d recommend its customers to give up trying to meet their EPA ranges to prevent warranty disputes.