Tesla’s director of Autopilot Software testified in court last year that a 2016 video used by the automaker to promote its self-driving tech was staged.

Ashok Elluswamy said the video was staged to show capabilities like stopping at a red light and accelerating at a green light that the system did not have at the time. The senior engineer made the comments in a July 2022 deposition taken as evidence in a lawsuit against Tesla for a 2018 fatal crash involving former Apple engineer Walter Huang.

Released in 2016, the video you can watch above was promoted on Twitter by CEO Elon Musk as evidence that “Tesla drives itself.” The video, which is no longer visible on Tesla’s website but remains active on Vimeo, carried a tagline saying, “The person in the driver’s seat is only there for legal reasons. He is not doing anything. The car is driving itself.”

When the video was released, Musk tweeted, “Tesla drives itself (no human input at all) thru urban streets to highway to streets, then finds a parking spot.”

However, Elluswamy said the Model X was not driving itself with technology Tesla had deployed. In the transcript of his previously unreported deposition seen by Reuters, the engineer said Musk requested Tesla’s Autopilot to engineer and record a “demonstration of the system’s capabilities.”

To create the video, Tesla used 3D mapping on a predetermined route from a house in Menlo Park, California, to Tesla’s then-headquarters in Palo Alto, Elluswamy said, adding that drivers intervened to take control in test runs.

When the team tried to show the Model X could park itself without driver assistance, the test car crashed into a fence in Tesla’s parking lot, he said.

“The intent of the video was not to accurately portray what was available for customers in 2016. It was to portray what was possible to build into the system,” reads Elluswamy’s transcript of his testimony. 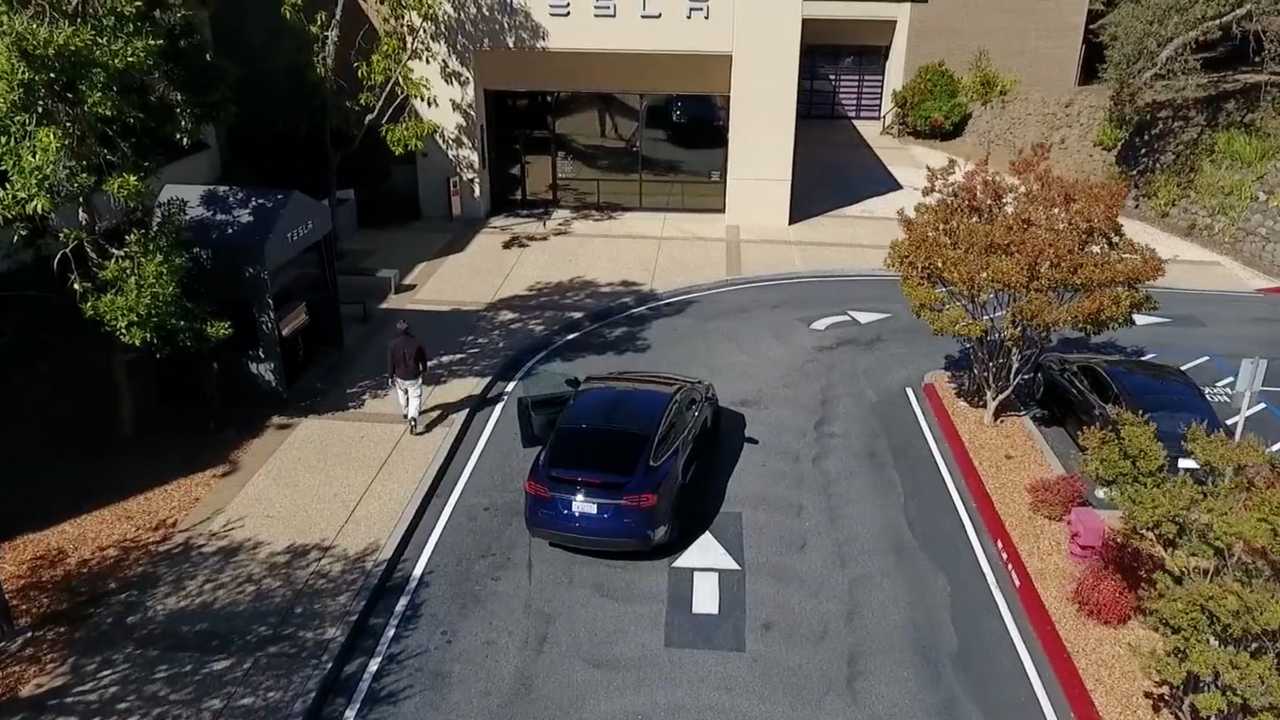 The moment the driver exited the Tesla Model X, after which the video shows the car drive and park by itself – the clip did not include the crash that allegedly happened in the parking lot

When asked if the video showed the Tesla Autopilot system available in a production car at the time, he replied, “It does not.” The testimony marks the first time a Tesla employee has confirmed and detailed how the 2016 video was produced. Reuters contacted Elluswamy, Musk and Tesla for comments but none of them responded.

Tesla is constantly warning drivers that they musk keep their hands on the wheel and remain alert to maintain control of their vehicles while using Autopilot. On its website, the company says its advanced driving assistance system is designed to assist with steering, braking, speed and lane changes but its features “do not make the vehicle autonomous.”

Tesla faces multiple lawsuits and regulatory scrutiny over its driver assistance systems, including a criminal investigation by the US Department of Justice triggered by a number of crashes, some of them fatal, involving Autopilot.