Site rendering give us glimpses of the Tesla Gigafactory 4 plan.

The progress of the Tesla Gigafactory 4 (aka Giga Berlin) in Grünheide, near Berlin in Germany seems to be moving at a similar pace to the Gigafactory 3 in China (at comparable stage).

Part of the plot – for the first phase – was already cleared, and new construction equipment appeared on the scene – mainly excavators, the first crane and various other stuff.

Before we will jump into new videos, let’s take a look at brilliant renderings of the site, released by a young Tesla enthusiast Emil Senkel via twitter.

The first image presents the expected first phase of the project – a big assembly plant on the south, surrounded by auxiliary facilities and parking:

The more detailed description of the Tesla Giga Berlin can be seen in the second image. It includes several big facilities, connected to the highway system and the railroad: 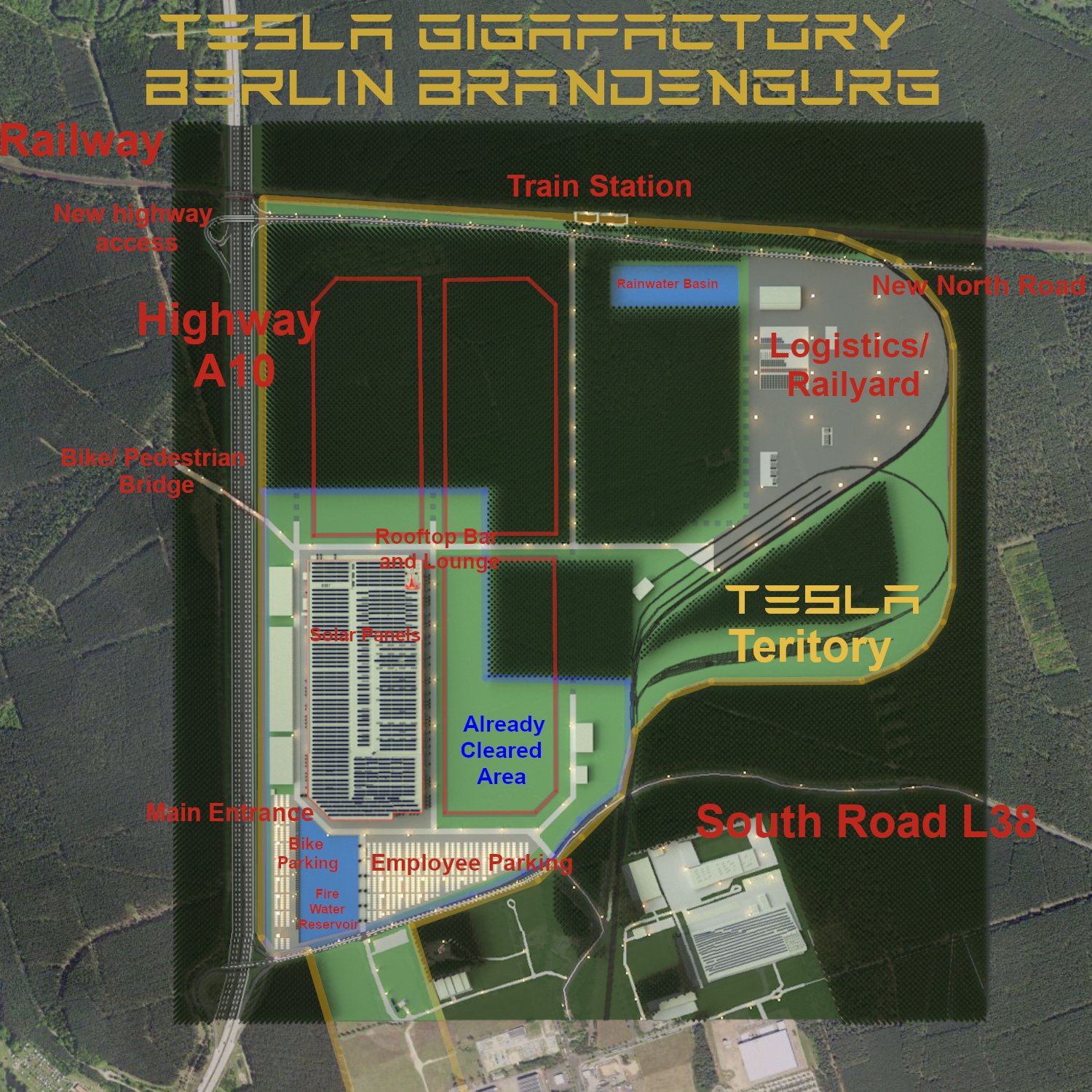 Now, let’s move to the new videos, which shows preparation for the actual construction stage: